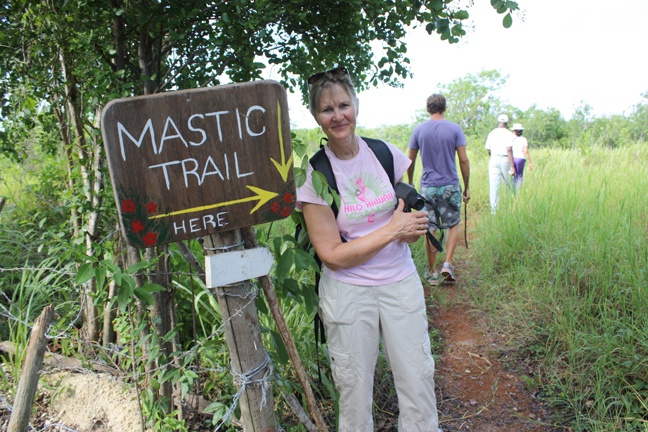 Living on an island where life seems to take place underwater and the highest peak on the terrain is the garbage dump can start to wear on you. I’m not even what you would consider an outdoorsy type, and even I start to fantasize about mountains I could climb. So in that respect the Mastic Trail, Cayman’s longest walking trail at less than 2 miles long, is a breath of fresh air. 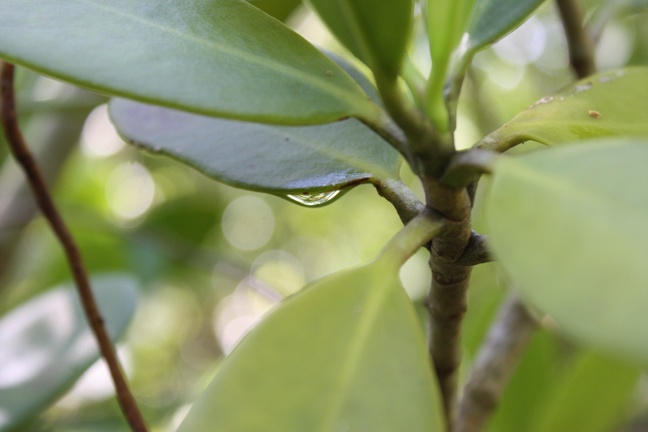 The trail itself is over 200 years old, and used to be used to haul supplies from the south sound to the north side of the island. Today it’s used by people drying out from endless days of being in the water and those trying to escape the commercialization of seven mile beach. That’s how we found ourselves at the trailhead at 8am on a Wednesday morning, taking a tour with the guide from the National Trust. There were two groups, ours consisting of my Mom, Cathy, Mark and I, and a group of three from another resort. Immediately one of the women starting off by stating she could barely sleep the night before she was so worried about Cayman’s poison ivy like plant. We knew we were in for an interesting walk. 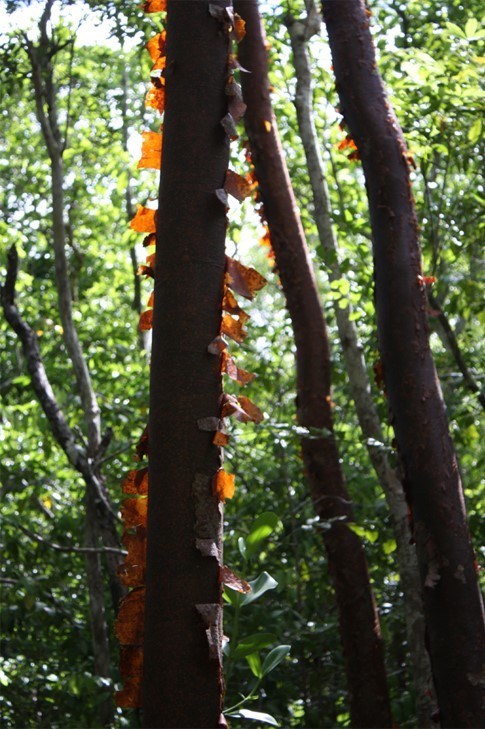 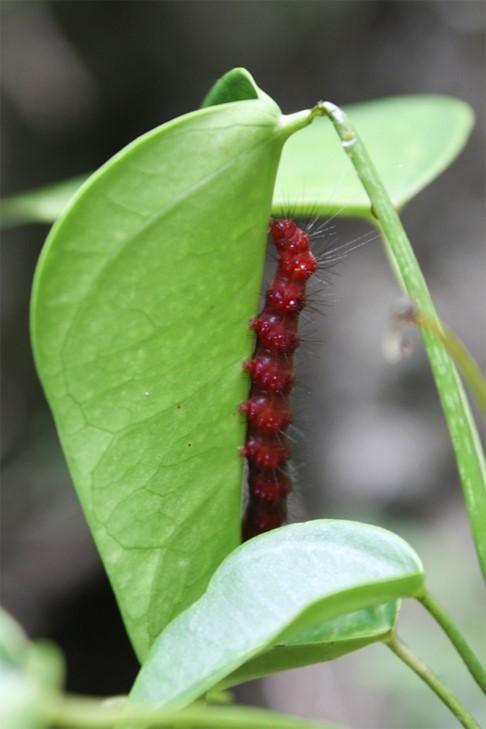 As we started down the trail, the guide pointed out various plants and birds and explained how they came to be in Cayman, how they are used, or in some cases what they taste like. Then the same woman dropped her water bottle, and rather than stopping to pick it up, kept walking and told no one to touch it! She was so terrified of the plant. Cathy picked it up and handed it back to her. You have to wonder how some people get through life. 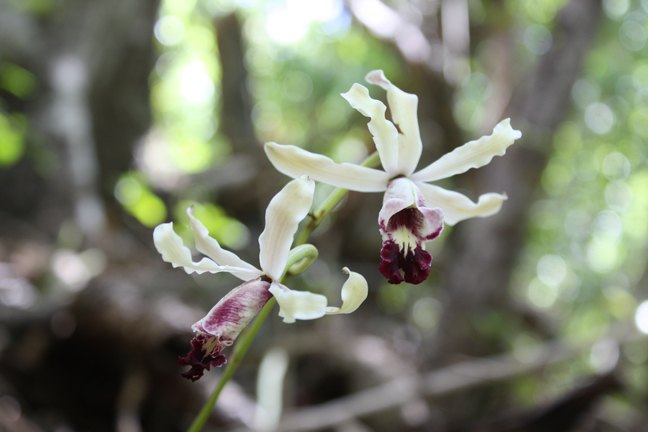 Lowdown: The guided tours go once a week. The guide is incredibly knowledgeable about Cayman wildlife and history and no doubt made a decent and semi entertaining walk into a really interesting tour. The terrain is very flat but rocky and uneven underfoot, making it a bit challenging. It felt good to get some exercise for the body and the mind; I learned a new word today: endemic! 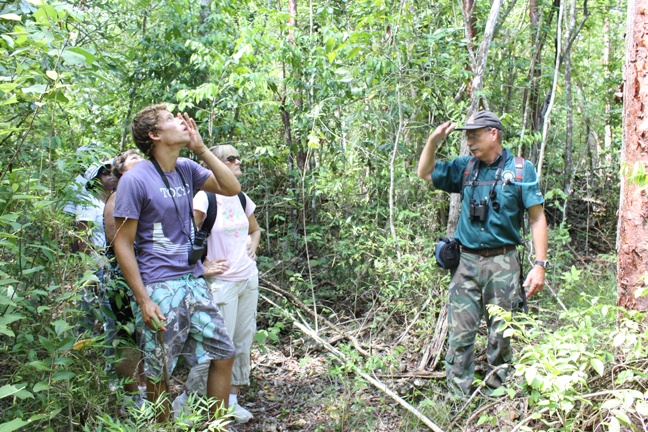 Combine the tour with a trip to nearby Rum Point, since you don’t spend a whole day here in Cayman without getting in the water. Rum Point is a bit more escapist than its seven mile long cousin, so you can kind of ease back into the real world. 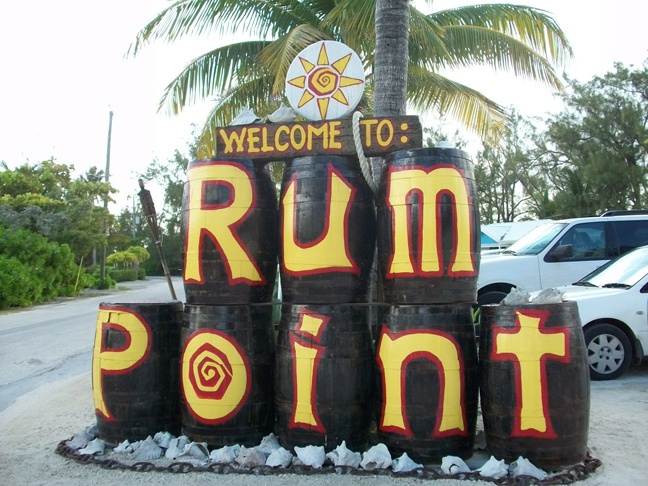 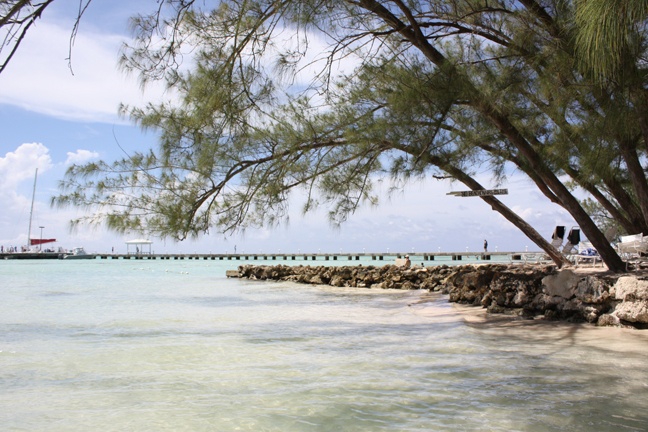 Cost: Free to walk alone, guided tour is overpriced at $30USD a person. It does go to the National Trust though, if that makes you feel any better.

Time: The tour takes about three hours, plus it’s a forty minute drive from Georgetown.

Overall: 3/5. It’s so refreshing to do something that doesn’t involve a bathing suit, but the trail alone without the guide would be mediocre, and the guided tour is so expensive. I’m really glad I went, and I recommend it, but I wouldn’t do it again.

Cayman Tourist: The National Museum Feeding My Mother to Stingrays: My Mom’s Week in Cayman
4 Comments...