Posted in Confessions– New Hampshire– Photos of the Week
36 comments

For the past two weeks I’ve alluded to bad news and trouble at home but didn’t go into detail as I held my breath with hope. But there’s no more room for being elusive. On Monday, one of my family’s dearest friends, a man who has been like an uncle to me throughout my life, passed away, leaving behind a cherished wife and son. Typically, Photo of the Week is a reflection of where I am physically. This week, it’s a reflection of where I am mentally. 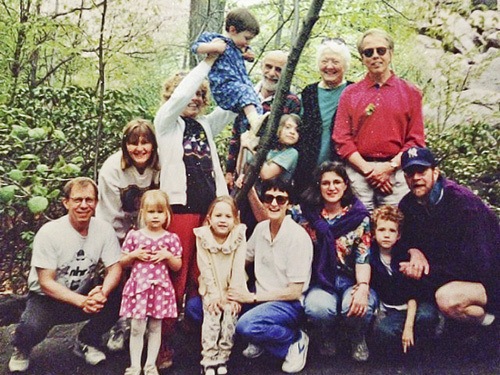 As we walked to Duffy’s Funeral Home in Brooklyn on Friday night, I looked up at the gunmetal sky and the drizzle it was currently dumping upon us and I remarked that I had wanted it to be a nicer day, for the wake. For Steve. My mom let out a curt laugh, and told me a story. On the day they realized Steve wasn’t going to make it, she had walked out of the hospital they’d been camped in for ten days and, looking up at the cold gray clouds, was overwhelmed with the exact same sentiment. “FUUUUCK THIIIIIIS!,” She screamed out to the raindrops at the top of her lungs, bereft with frustration and anger and grief in the middle of the damp Albany Medical parking lot. Steve had deserved a better day to die.

Steve was part of a group of families that have had an enormous place in my life and heart, a group known, inexplicably, as “The Gang.” Long before I was born, the five families that form the nucleus of the group were brought together by common interests and strange circumstances and a true passion for dancing to the YMCA. Several times a year we gathered at a different house in what became beloved traditions — the Christmas party in Brooklyn, the bonfire weekend in New Hampshire, sporadic weekends on the Jersey shore or in my childhood home in Albany (all of which included, at some point, a group dance party to that same damn song.) At six-feet-eight-inches tall, Steve was a huge presence with a booming voice to match. “Alex-HAN-DRA,” he would call out whenever I walked in the door. 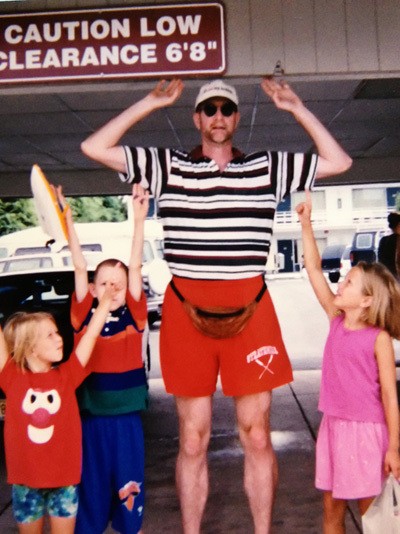 When it was time to choose a college, I made a list of pros and cons for each option, and Pratt had one unbeatable point in the plus column: Steve and Noreen nearby. Though my hectic schedule kept me from spending as much time there as I should have, knowing they were just a subway ride away was an irreplaceable safety net to me as I settled into life in the big city.

To quote from a letter I wrote to The Gang upon leaving Pratt — “As I graduate and look back on my childhood I feel like I grew up in a “love bubble” of people who have cared about me and rooted for me, and I don’t know how I got so lucky. I can only hope that in my lifetime I have the opportunity to create a group of friends like this, that stay together and support each other through time, heartbreak, and laughter. Above all, I will require that they all be able to perform the YMCA.” 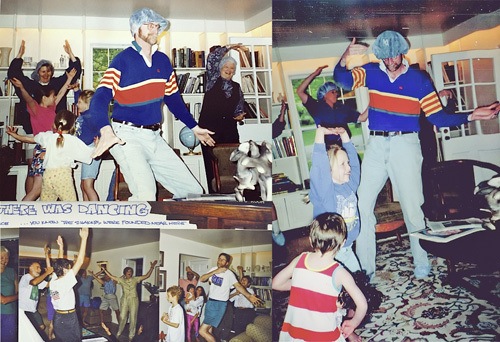 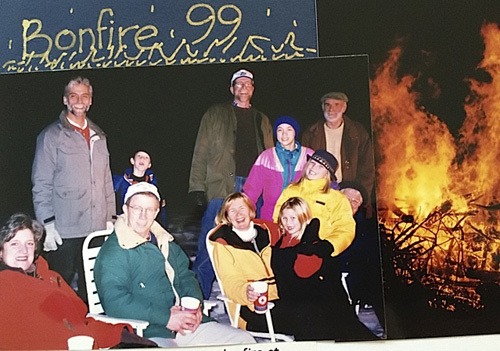 Like with my grandmother, this blog made me feel a closer connection with Steve as we transitioned into the iteration of our relationship where I was no longer just an annoying kid — I had become, obviously, an annoying young adult. As a published author and an editor and sports columnist for the Wall Street Journal, Steve became a natural writing mentor to me. He  commented here often, enthusiastically edited my first story for Men’s Fitness, and frequently sent me emails with subject lines such as “Unsolicited grammar points…,” “Quick grammar/usage lesson,” and, simply, “Grammar.” Though those emails faded in recent years — perhaps he realized I was a hopeless pupil — I hope he knows what a gift they were to me. Just now, I reread through the sixty-eight comments he left here on Alex in Wanderland over the years, and I laughed as I heard his voice booming through the keyboard.

But I just saw her a month ago, but he just sent me an email, but we just spoke yesterday. It’s a natural reaction of shock when we hear of a horrible tragedy befalling a loved one, as if being alive and well one day is any kind of guarantee that the universe will grant us the same blessing the next. That universe was hard on Steve, this past year. Far too young, he succumbed to the genetic heart failure that killed his own father, and that he always feared would come for him. I have learned that to be able to say goodbye to someone you love is a gift. But, I realized with Steve’s death, it can come with an awful hangover where suddenly a lifetime of happy memories are eclipsed by ones of tearful hospital visits and horrible phone calls. Which is hard to comprehend. He had, after all, just sent me a very funny email.

Yesterday’s funeral was brimming with tears and laughter and love — and, as I know Steve would have appreciated, one eulogizer giving the finger from the pulpit. The hours in those pews were moving and cathartic, a tribute to a life lived honorably, generously, and passionately. As we walked out of the church, I felt the sun warm my face and looked up to see a clear cobalt sky with tufts of bright clouds passing slowly through. It was a beautiful day in Brooklyn. Exactly what Steve deserved. 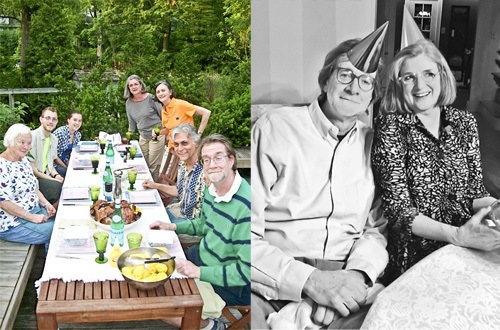 I put this beautiful cover of the song that will always make me think of Steve into the slideshow I made for his memorial. I hope it gives you the same smile it gave me.

The Odd Sensation of Returning Home