Why Winnipeg? Taking the Pulse of Canada’s Heartbeat

Hey friends! I’m jumping out of my typical chronologically-based coverage to skip ahead and share my recent trip to Canada. We’ll be back to Thailand soon!

Wandering the streets of Winnipeg, I couldn’t shake the feeling that I’d been before. The truth was I’d never stepped foot anywhere in Manitoba prior to my arrival this summer, however, the provincial capital reminded me of Albany, New York, the state capital in which I was born and raised, and for that I liked it instantly. 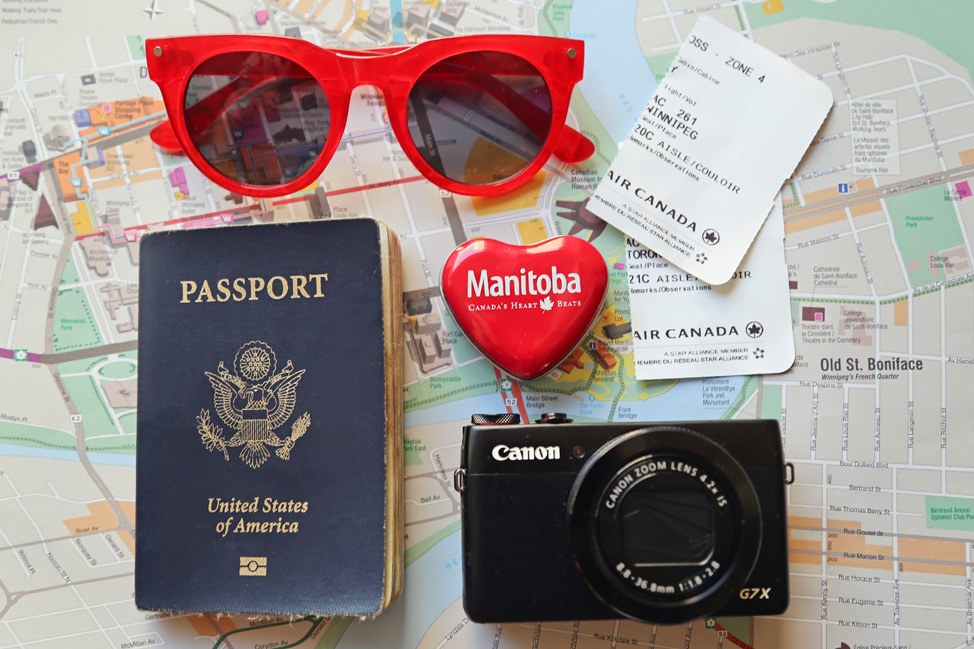 My impressions of Winnipeg prior to arriving were more neutral – as a pop culture addict, I knew the episode from an episode of The Office poked fun at Winnipeg winters, while a mention on The Simpsons made light of Winnipeg’s reputation for self deprecation, among dozens of other throw away lines in movies and on tv. Neil Young, Nia Vardalos, Anna Paquin, and Winnie the Pooh — plus a bunch of famous winter sports people I’m clueless about – all hail from here. As a traveler, I knew it is as the gateway to the polar bear mecca of Churchill, a bucket-list trip for wanderers around the world. Traditionally, the rest of Manitoba rarely found its way into the destination daydreams of travelers – but that’s starting to change.

Recently, National Geographic named a journey to Winnipeg one of 2016’s Best Trips – how’s that for an endorsement? Affectionately nicknamed “The Peg” by the residents who love it, the city holds around 75% of the population of Manitoba – who despite their penchant for self-deprecating jokes, seem genuinely proud of the place they live, and for good reason. Throughout my visit I asked people over and over again, “what do you love about living in Winnipeg?,” and I always found myself smiling at their answers. Friendly people. Family first. The cultural benefits of a big city balanced with the simplicity of life in a small town, in a simpler time. 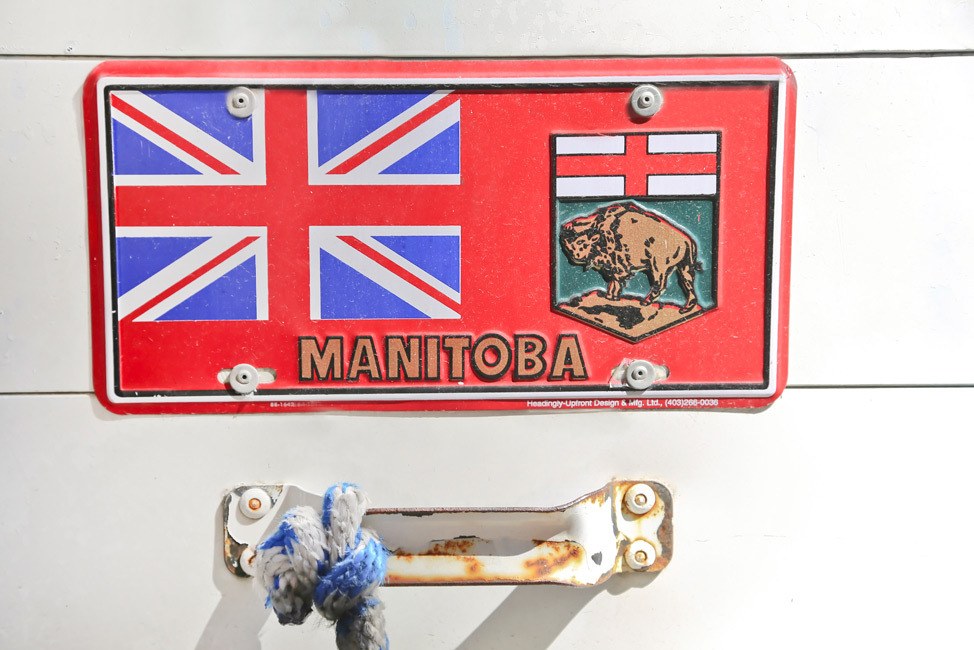 So why – other than National Geographic told you to – should you go? I could rattle off a list of the amazing restaurants I ate at, or go on about all the fun and funky things to do (and I plan to do both, in fact, in upcoming posts) but there’s more to Manitoba than its museums, food scene, festivals, and cultural offerings. Here’s a little preview of what made me smile in the city that reminded me so immensely of the one I hail from: 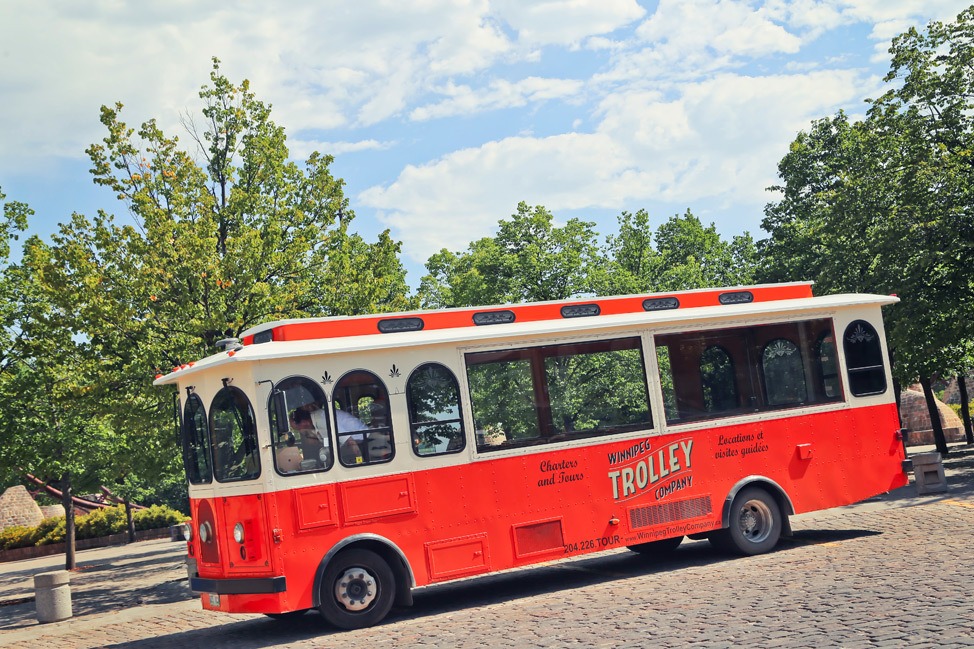 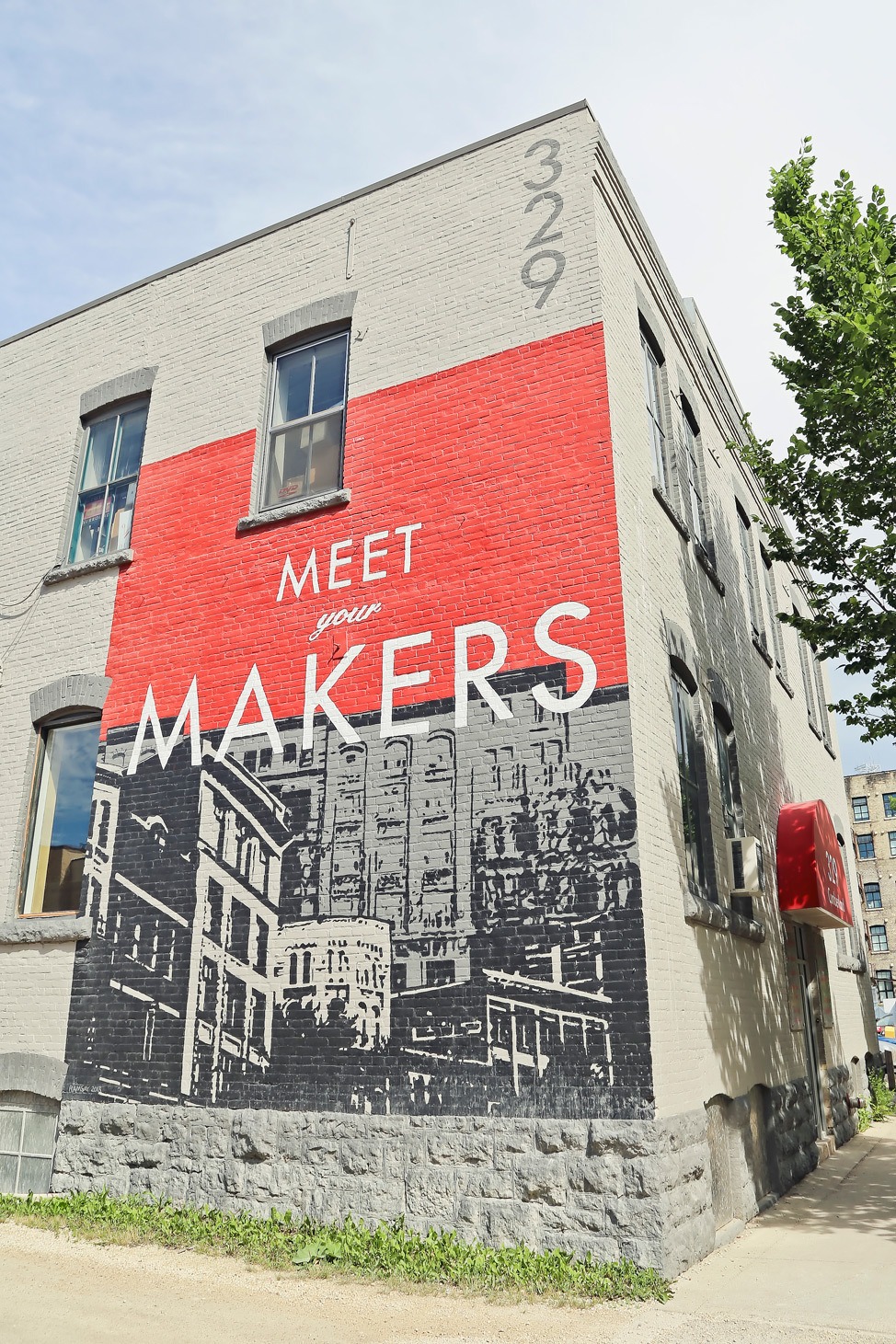 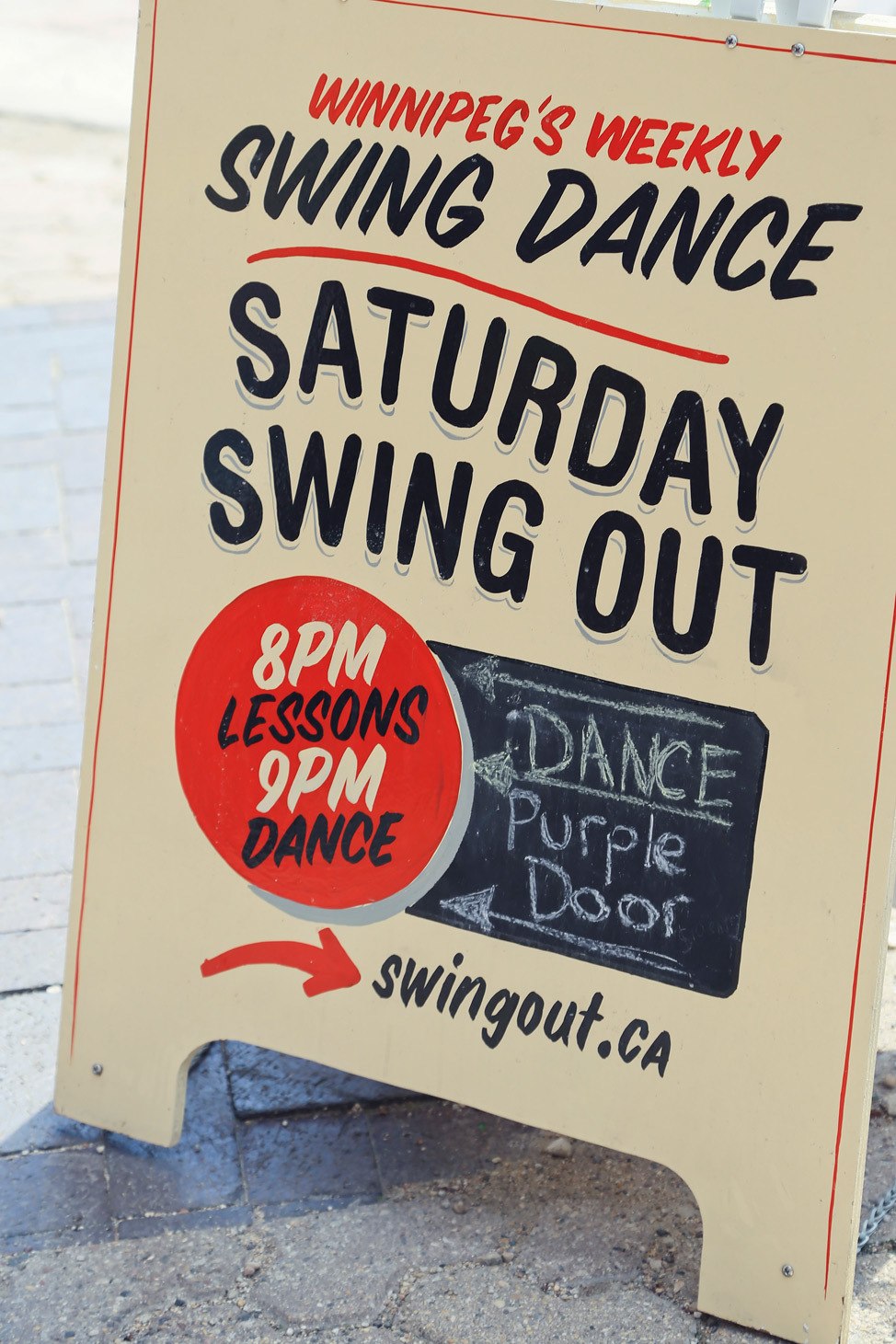 The people are warmer than the winters are cold

Winnipeg works overtime to live up to the reputation boasted on its provincial license plates: Friendly Manitoba. As a cold-hearted New Yorker, I at first reacted with suspicion to the hospitable immigration official who welcomed me at the Winnipeg Airport, to the chatty driver who wrote down his favorite restaurant recommendations for me, and to the random passersby on the street who all seemed to be smiling!

But I quickly caught on. A few days into my trip, when I peered into a café moments after the closed sign was flipped, I was barely shocked when the owner rushed out to apologize that the kitchen was indeed closed, but he’d be happy to make me a coffee if I needed a caffeine fix. And further afield, in Churchill, I just nodded when another traveler expressed shock at the kindness of a bakery owner who’s pie she’d gushed over before vowing to return for another slice. When another customer purchased the full pie off the counter the night before our return, the baker remembered that lady from Georgia who promised to come back for one more slice the next day – and so she woke up before dawn to make sure there was one waiting for her. That’s just Manitobans, I said.

And while they have their kindness and a love of their country in common, Manitobans are an impressively diverse bunch. The province is home to the largest French-speaking community in Western Canada, the largest urban aboriginal population in the country, and the largest Icelandic population outside Iceland in Gimli! 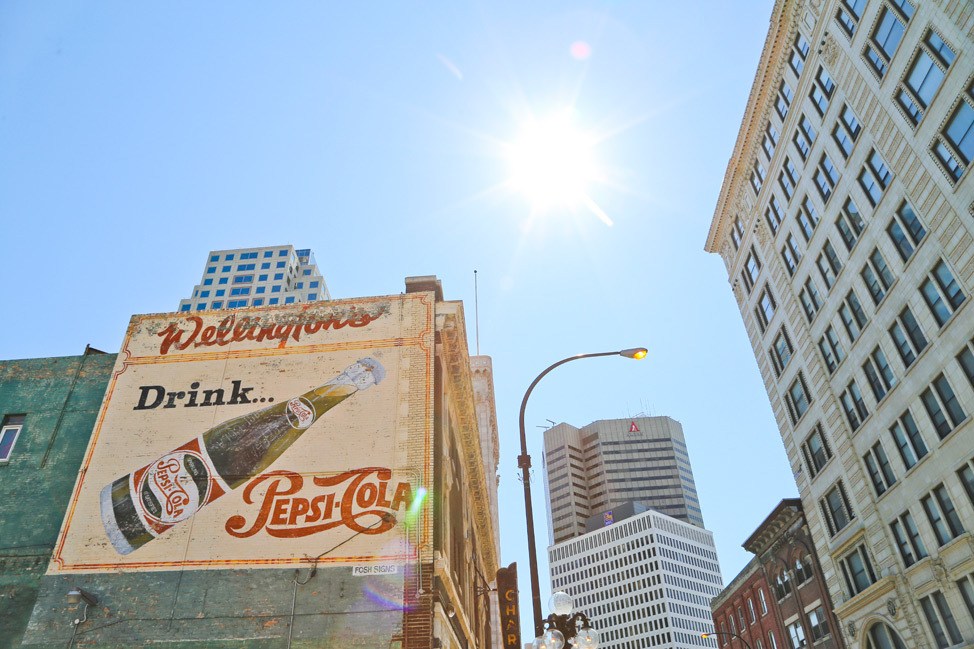 The prices are as friendly as the people

In Winnipeg, trendy, centrally-located boutique hotels and beautiful, trusted brand hotels alike can be had for $100-150 a night. Dinner at hip restaurants can set you back $30 – including a cocktail! Free entertainment options abound, while popular attractions are competitively priced. Many a Winnipeger confessed to me that the province has a reputation for frugality (when you search “are winnipegers…” Google autofills “friendly” and “cheap” as the suggested searches), a trait that translates to fabulous deals for travelers passing through. Add to it the strength of the American dollar, and US travelers hoping to visit their neighbor to the north have an attractive, affordable destination on their hands.

In contrast to the rest of the province, traveling to Churchill is a considerable expense. Offset the splurge of a visit there with a few days in Winnipeg to even out the per-day price of a Canadian vacation. Because after all… 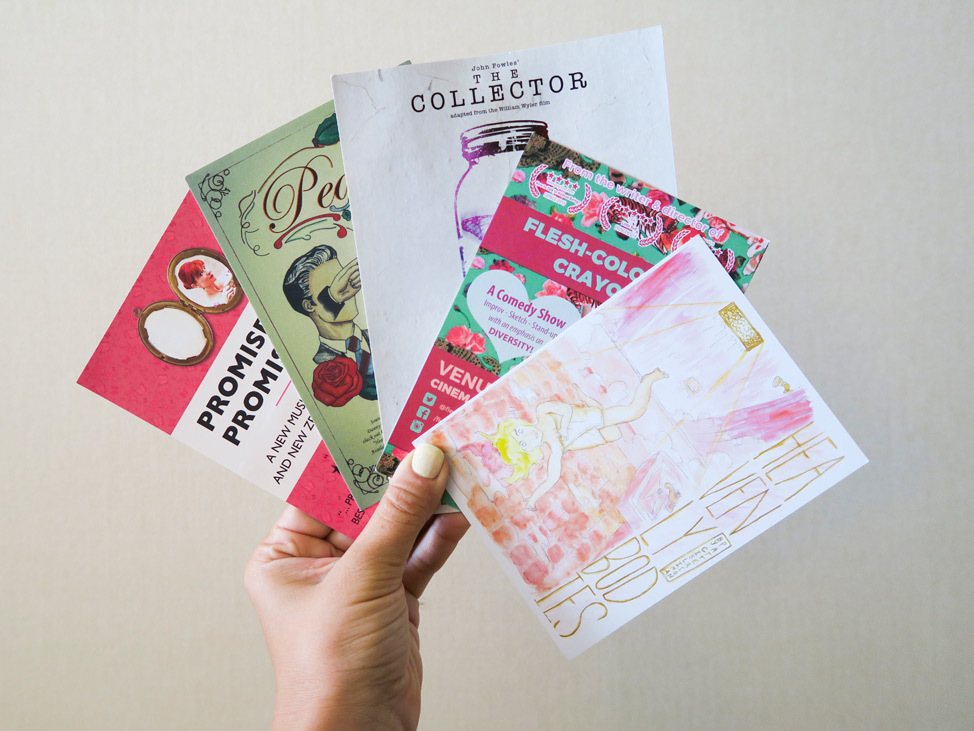 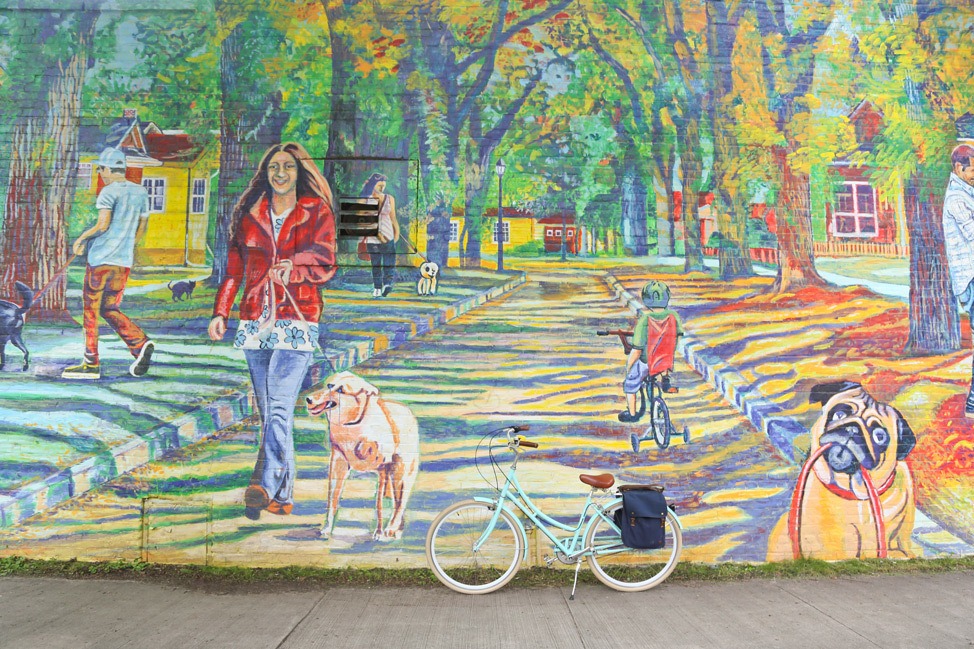 If you’re going to Churchill, you have to…

Many international travelers come to Winnipeg as a stopover en route to the nature-lover’s paradise that is Churchill. Unreachable by road, Churchill can only be accessed via train or plane from Winnipeg. After spending a few days in Winnipeg en route to Churchill, I can only conclude you’d be crazy not to extend your mandatory layover and do the same.

And it’s not just those going north who stop here. Located in the true geographical center of North America (look at a map if you don’t believe me!), Winnipeg is also a frequent stop for those on coast to coast journeys across Canada. 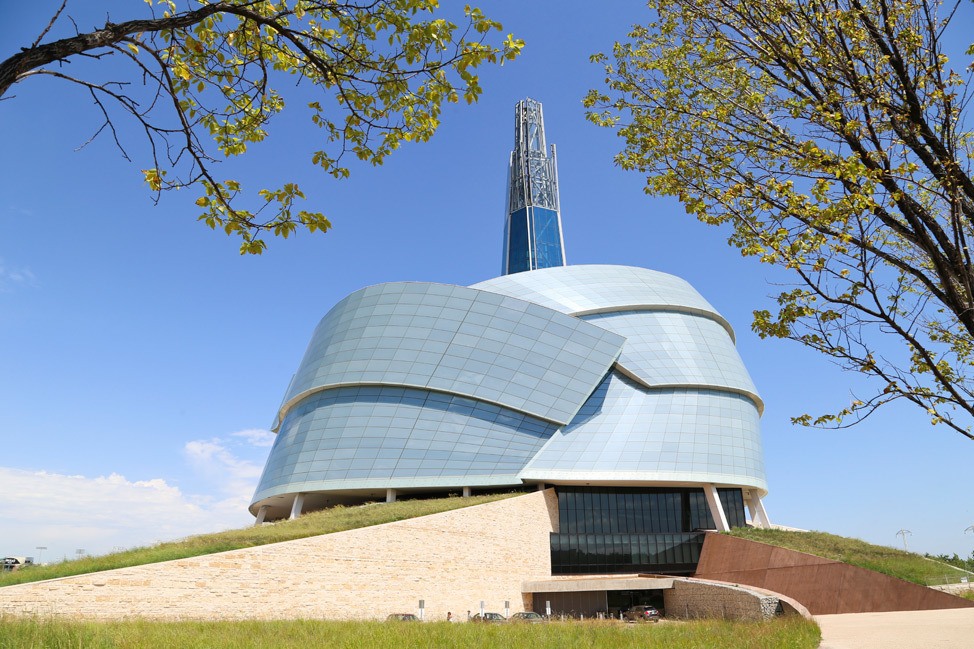 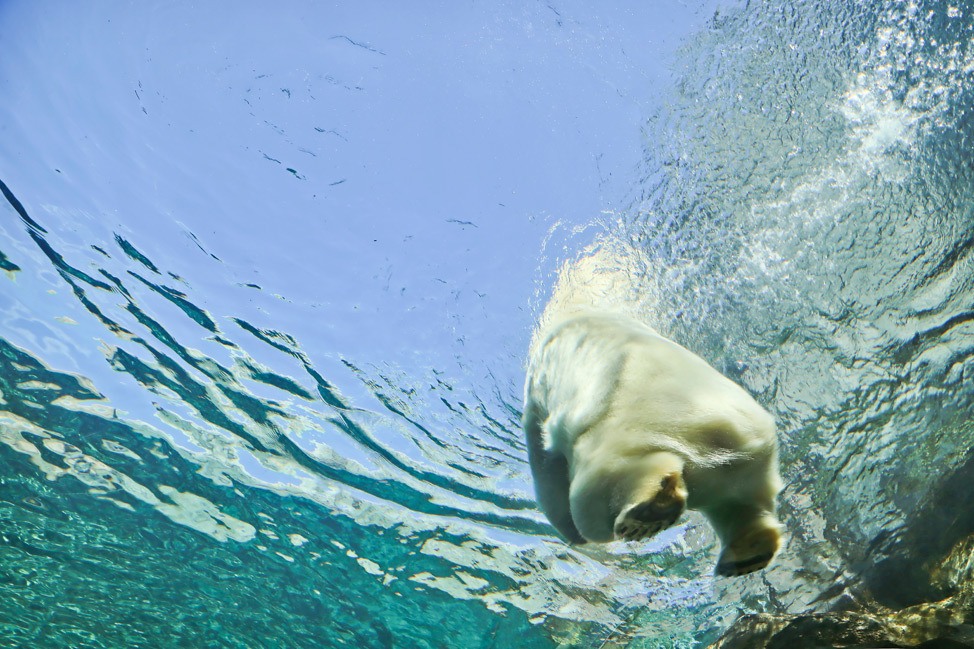 …But it’s also a destination in its own right

This unpretentious city in the prairie better watch out – Winnipeg has plenty to brag about these days. Foodies are abuzz about the city’s culinary status as a hidden gem, architects and activists alike are flocking to the much lauded Canadian Museum for Human Rights, a built-a-trip-around-it kind of museum opened in 2014, and festival addicts are trying to keep the secret of some of Canada’s best and biggest celebrations.

Quite frankly, I arrived in Winnipeg sure that it was a destination I’d be able to tick off my list upon departure. Did I think I’d enjoy myself? Of course! The passion of my many local social media followers who cheered me on as I planned the trip made me sure of it! 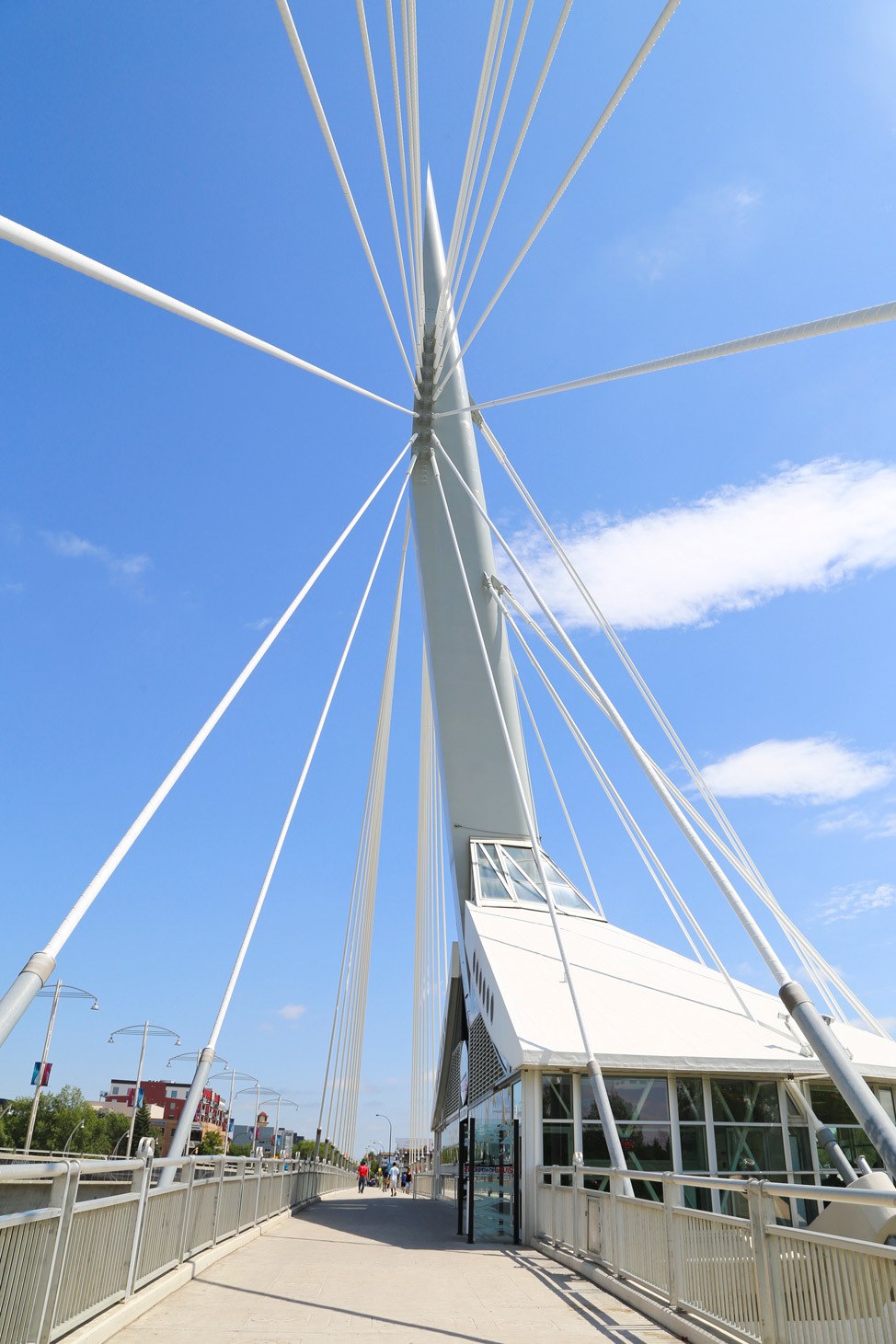 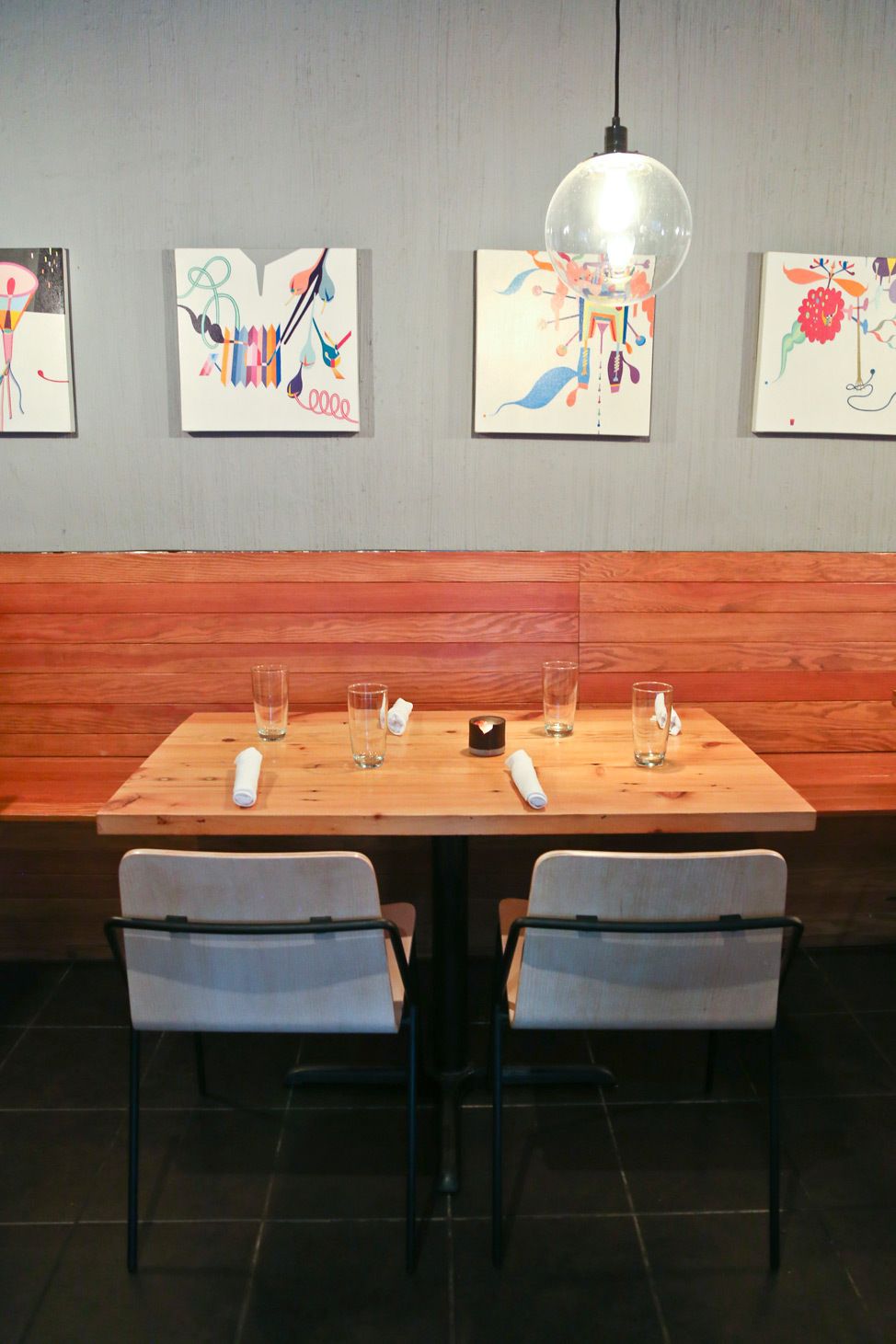 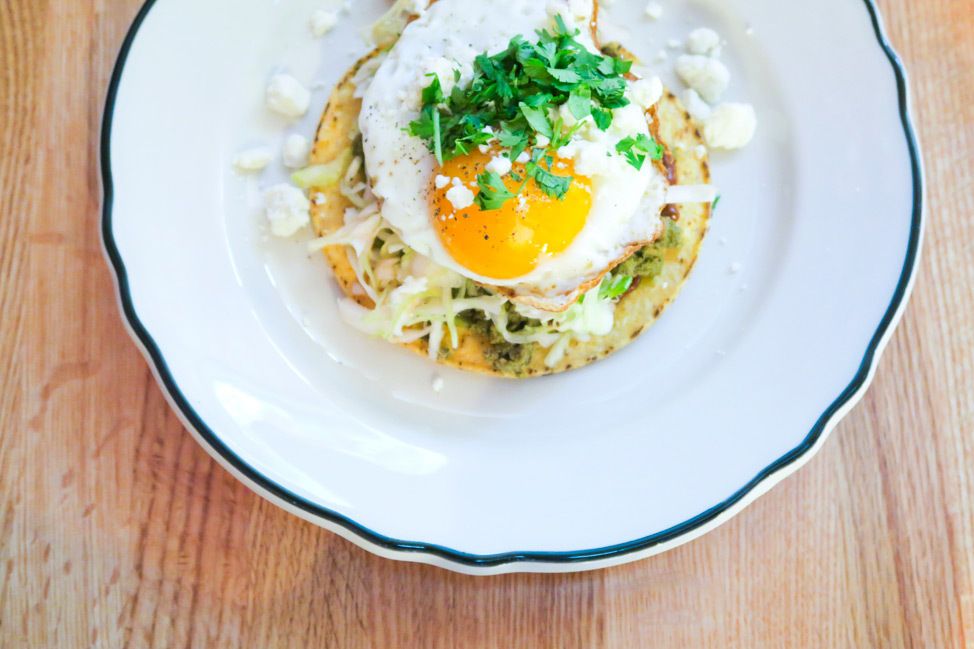 But I had no idea that it was somewhere I’d be so eager to return to before I even left. Eventually, I gave in and started a list of all the Winnipeg attractions and restaurants I wanted to hit up on my next visit, which I hope will include side trips to the bison-filled Riding Mountain National Park and the lakeside Gimli.

Winnipeg will probably never have the same name recognition that larger Canadian cities like Toronto, Montreal and Vancouver enjoy, just like Albany will never know the fame that New York City does. But I think this mid sized city with the small town smiles is just fine with that. For those that live there and those that pass through, there’s plenty to make the heart swell in the providence nicknamed Canada’s heart beat. 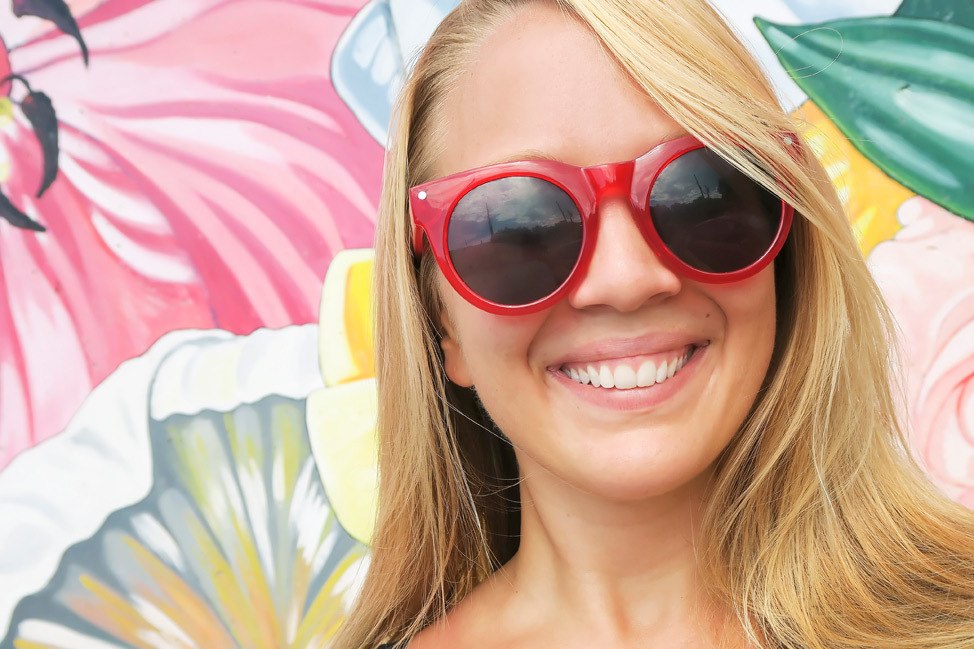 Where to stay: The Fairmont Winnipeg is perfectly located for access to both the Downtown and the Exchange District, boasts a gorgeous indoor rooftop pool and gym, amazing customer service, and fabulous food options. The Four Points is located within a five minute walk of the airport and is perfect for catching early morning flights. I give a huge thumbs up to both. Other options that caught my eye include the cute The Inn at The Forks, the modern Mere Hotel, and the uber-stylish ALT Hotel.
Where to eat: Stay tuned for a whole post of favorites!
How to get around: Much of the city is walkable. For the bits that aren’t, Uber and Lyft are sadly not available, though Unicity Taxis can be ordered by phone or by app and found at some hotels. Though I didn’t use it, there is an efficient Winnipeg Transit public bus system that can be navigated with the help of the Navigo tool.
Bonus tip: Follow Travel Manitoba and Tourism Winnipeg on Instagram for plenty of pre-trip inspiration!

This post was produced by me, brought to you by Travel Manitoba.

Where to Eat in Winnipeg’s Exchange District

A Newfoundland Baycation in Trinity

The Great Escape: Months 55 and 56 Roundup Only In The Peg! What To Do in Winnipeg
32 Comments...