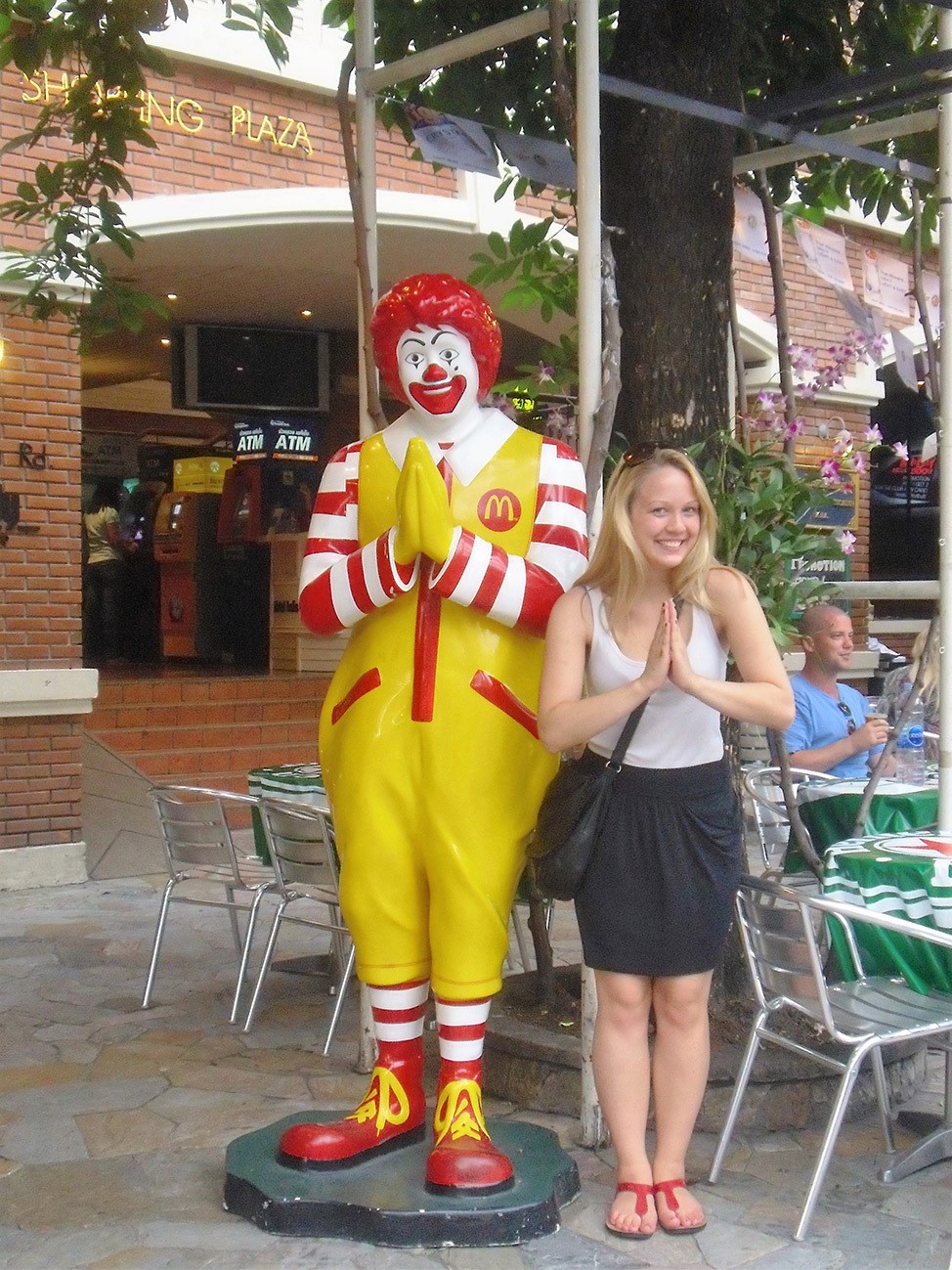 My first day in Bangkok was a day of getting settled in. I woke up to Justine, the girl I would be volunteering with in Koh Tao, and her friend Anna knocking on my door and dragging me to Khao San Road, the infamous backpacker mecca, where we went to the bank, bought a thai phone, ate street food and got thai massages for the equivalent of 4USD. 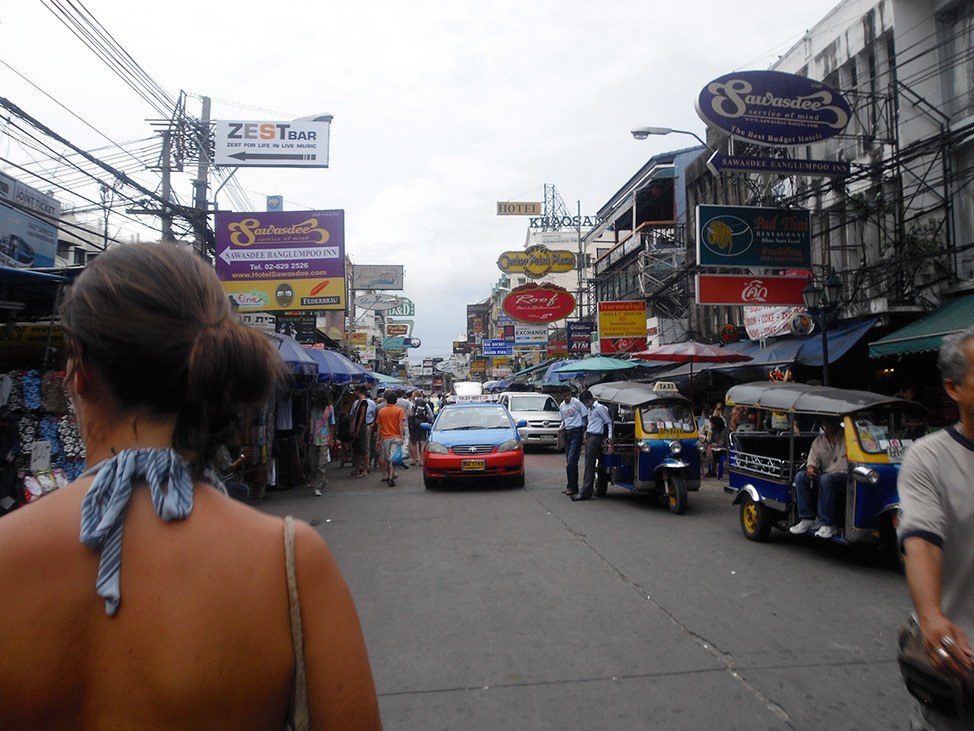 That night we met up with the Starfish organization founders and the other volunteers, though none of them were coming with us and were all headed up north to Surin. We went to a restaurant called Cabbages and Condoms, which in addition to having good food and raising awareness of HIV in Thailand, also provided fantastic photo opportunities. 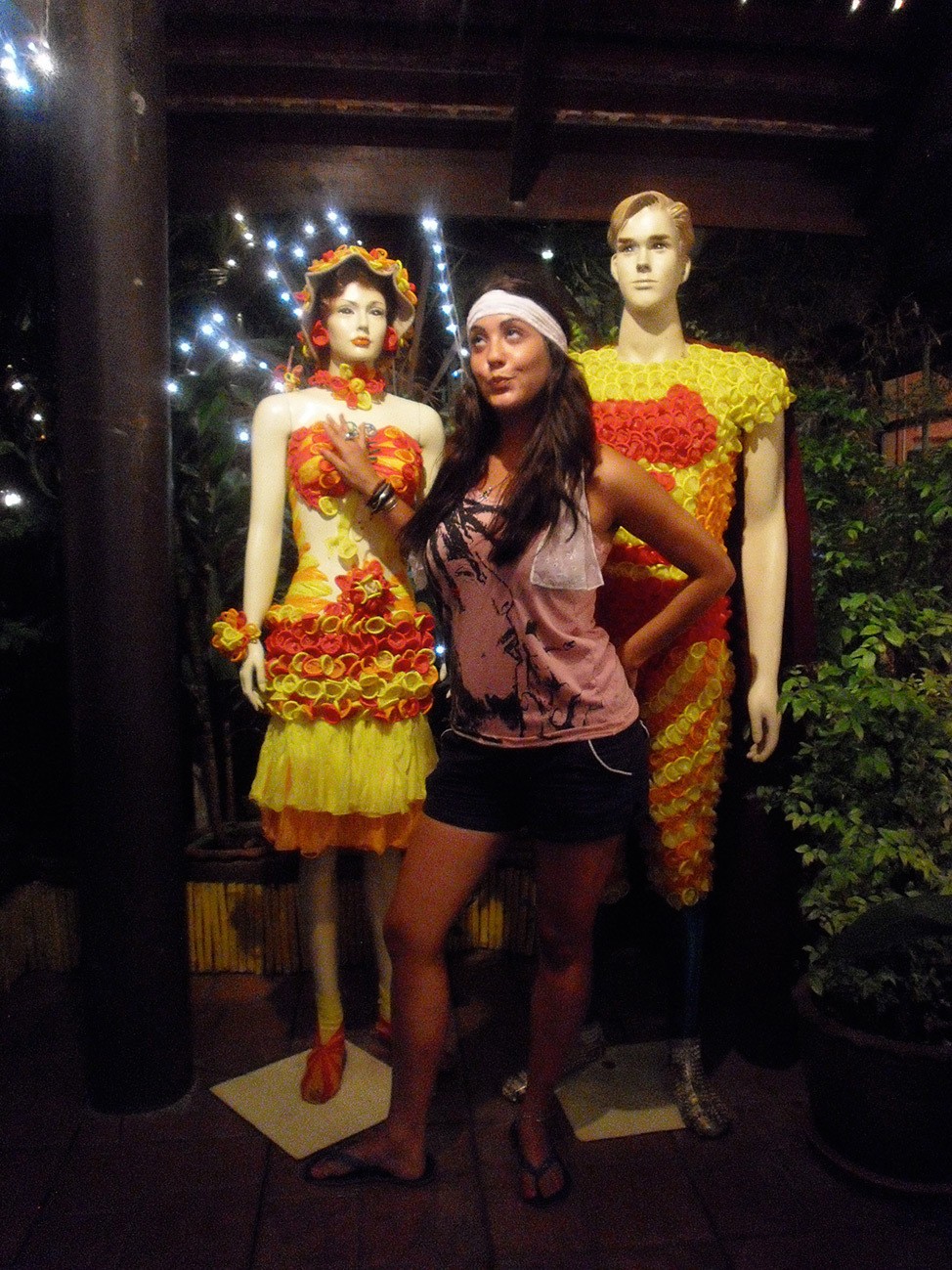 Made entirely from… you guessed it! Condoms! 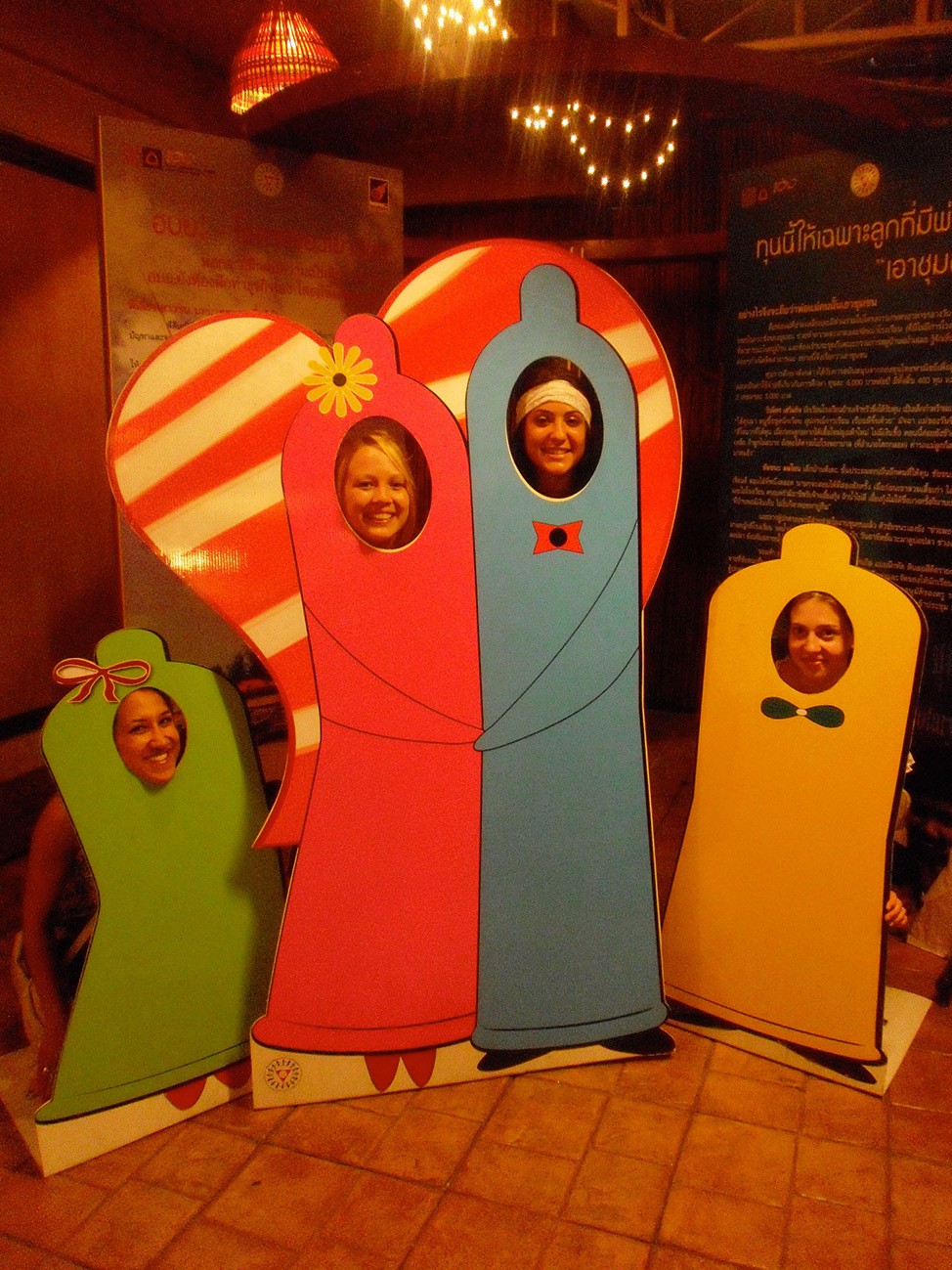 We made plans to the next day to go to the Dusit palace grounds, but Justine awoke with a calling and a mission to get her hair braided on the way to the islands, so back to Khao San we went. Unwilling to spend 3 hours sitting restlessly in the sweltering heat, I walked over to the National Museum. 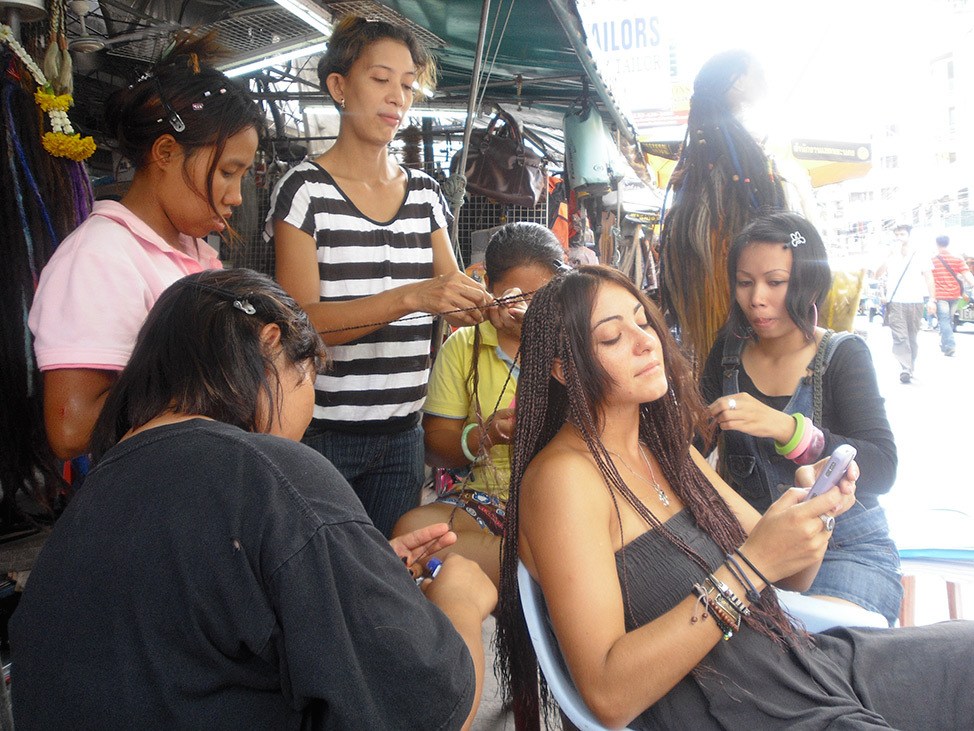 It take a village… 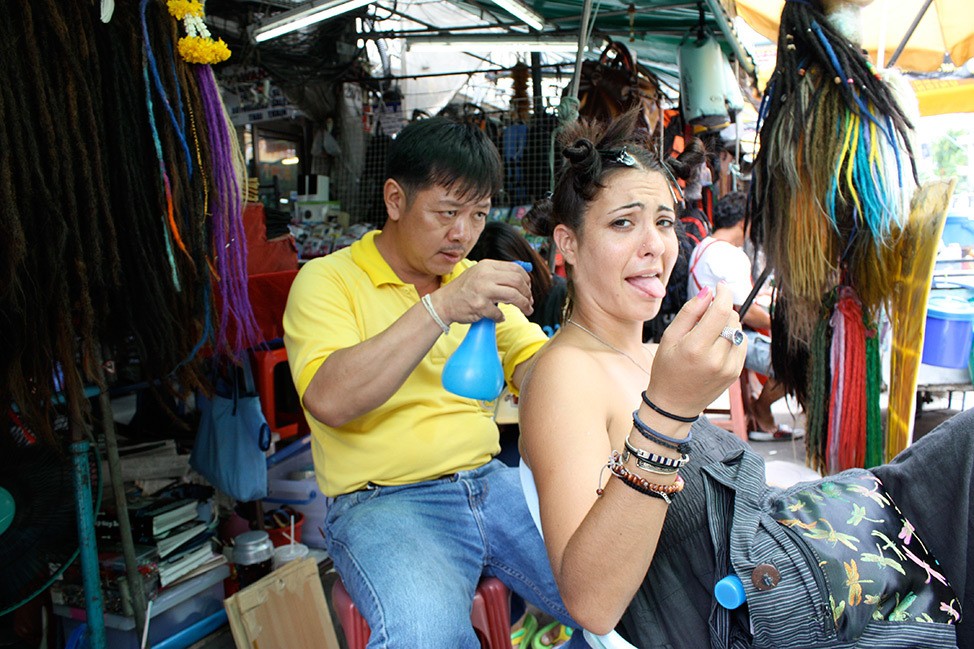 Dodging traffic and multiple tuk tuk drivers who stopped me and very helpfully informed me that the National Gallery was closed, that I had to be wearing long pants, etc., I somehow made it there. Luckily I had read about this scheme and politely informed them I was going anyway “just to take a picture of the building.” Of course I got there and it was open, and my shorts were just fine. It’s not more than an annoyance, really, but when a well meaning local does try to point you in the right direction, your guard is so far up you breeze past and wind up across town (as I did on my way back!) 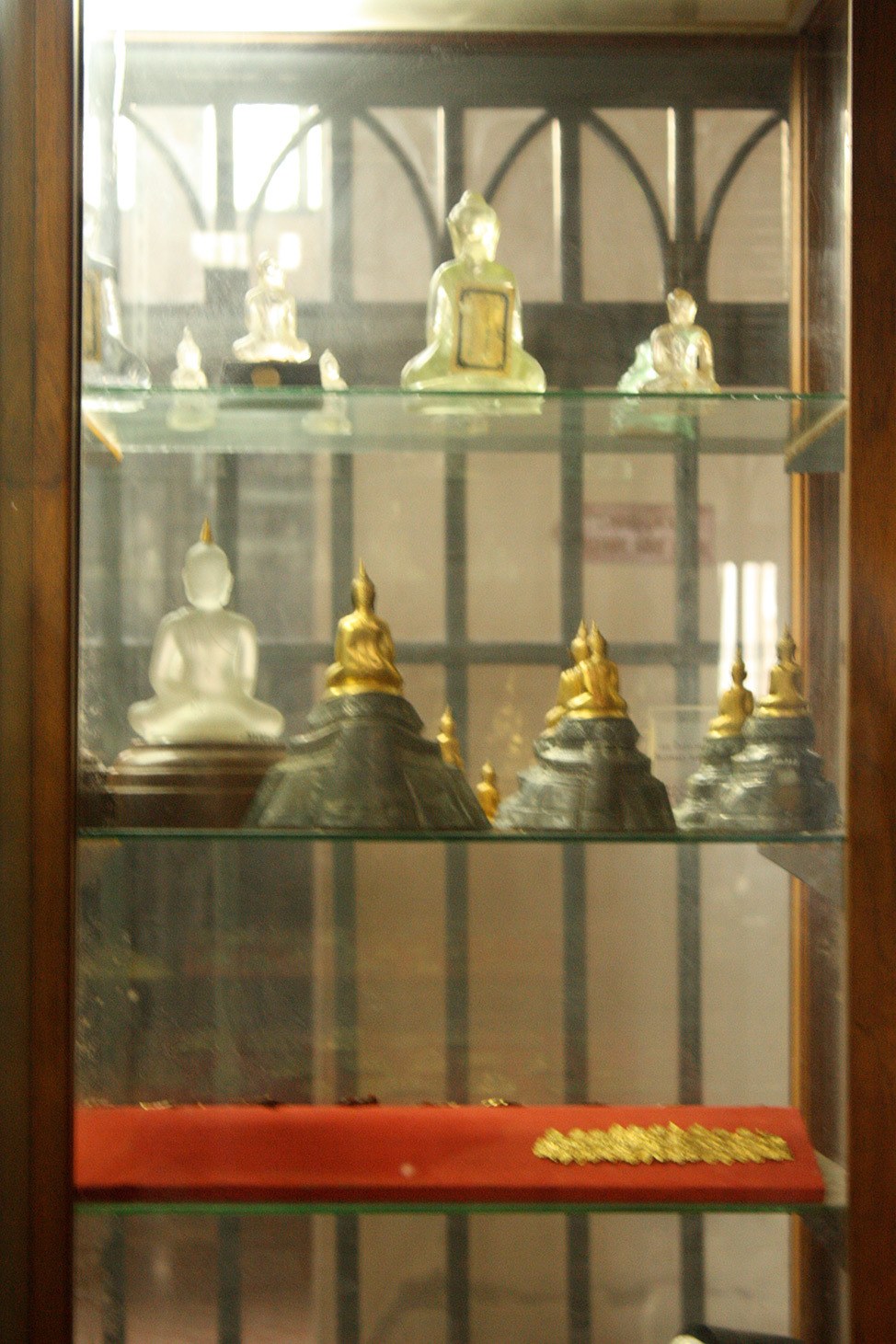 For future visitor’s reference, my favorite galleries were the Marionettes and Games, the Funerary Chariots and the Large Images. It was 200 baht, the equivalent of 6usd, and a pleasant way to spend an hour or two, though be warned most galleries have no air con. 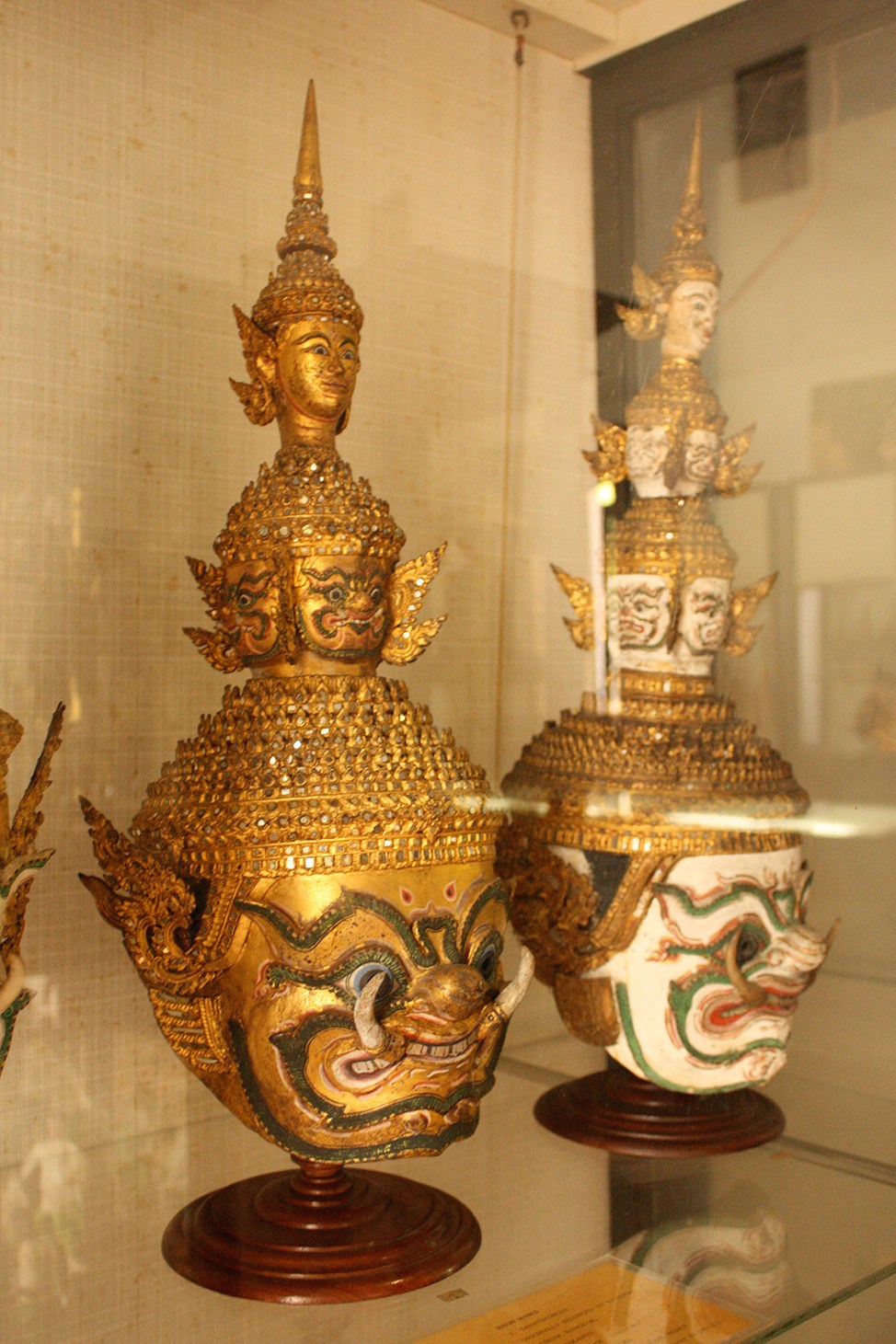 My favorite part of the whole day was that there were almost no foreigners in the whole place. Lots of Thai families and school groups. In one of the courtyards I went to take pictures in, these school children were handing off cameras and taking photos of different groups of each other. I offered to take their picture, which was met with a blank stare and some giggles. After some gesturing they handed over the camera, I snapped a photo, and then when I walked away they cried “you you!” and then they each took their picture with me. After I handed my camera off to the one boy and he took one of me and the girls. It was really a sweet moment and I walked away smiling though we couldn’t understand a word of each other. 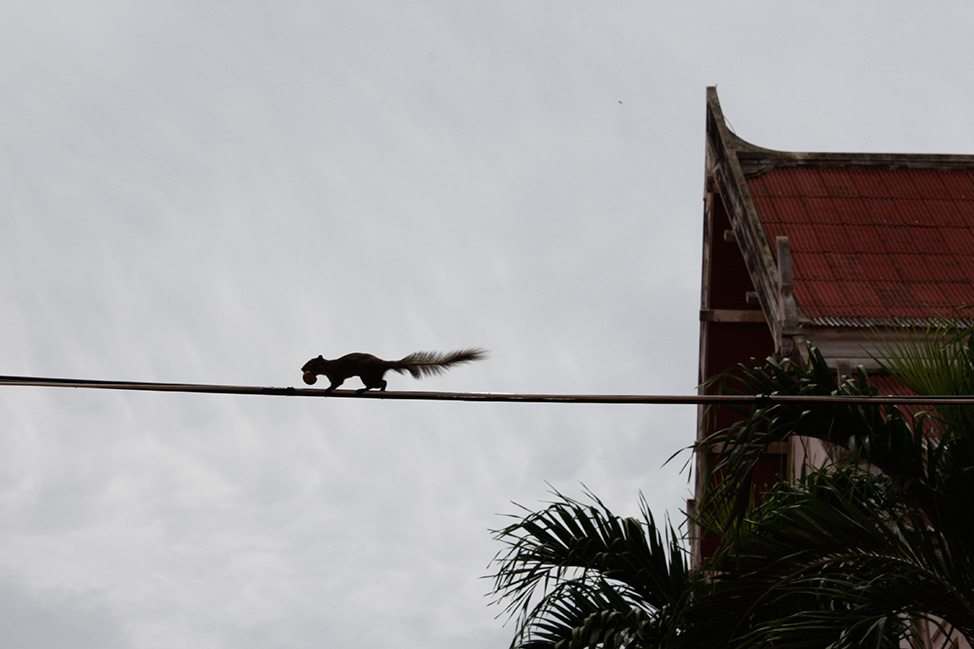 Other visitors at the museum

That night we left for Ko Tao… 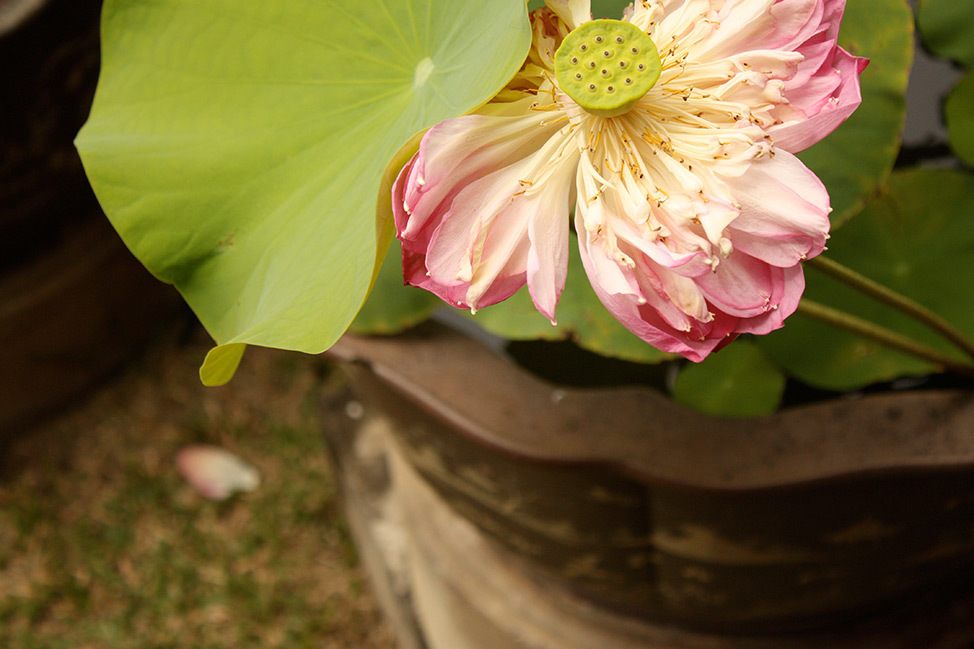 The Loveliest Ladies in Thailand