Learning to Drive In Thailand

Once Upon A Time

Once upon a time, I believed that riding motorcycles, dirtbikes, scooters and other motorized two wheeled vehicles was very, very dangerous and would likely result in death, dismemberment, and worse, being grounded.

Once upon a later time, I found myself hopping on the back of a the Honda Sonic driven by a barefoot Scotsman down Koh Tao’s windy dirt roads. He told me that he drove faster because then I held on tighter. No one wore helmets. 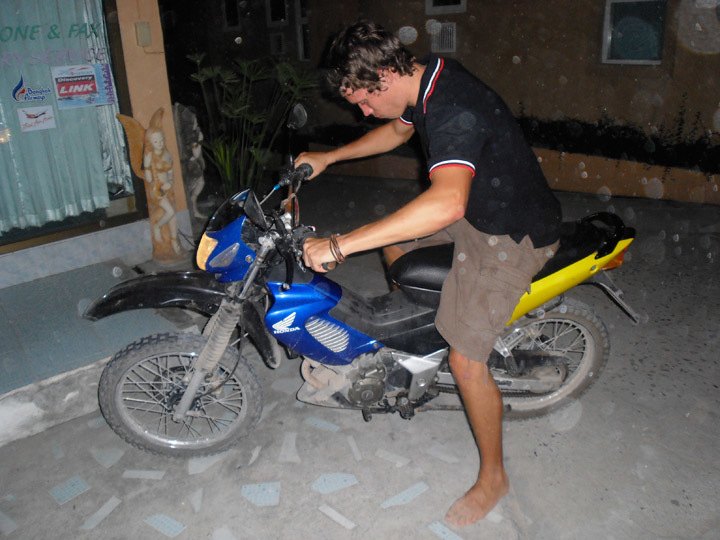 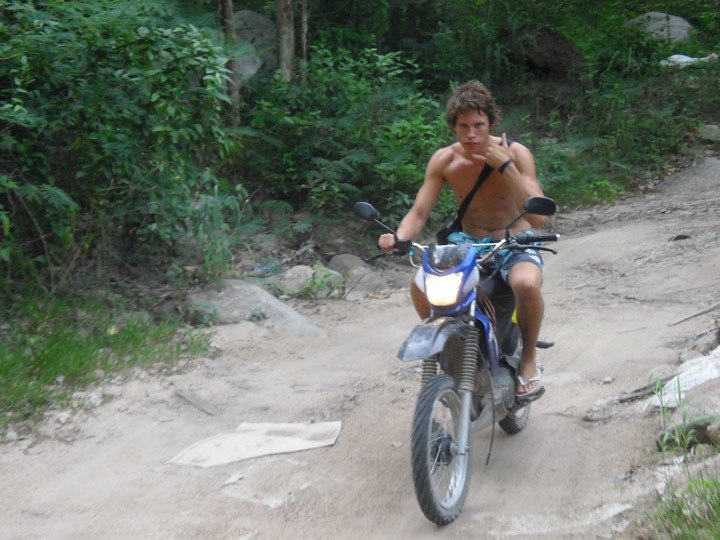 Once upon another time, I was living in Grand Cayman and the primary passenger on the back of a Daelim Roadwin that we bribed a drunk one-eyed inspection agent into passing. One day, Mark made me wear a swim cap to bamboozle the local authorities when when we forgot our helmets, a criminal offense. 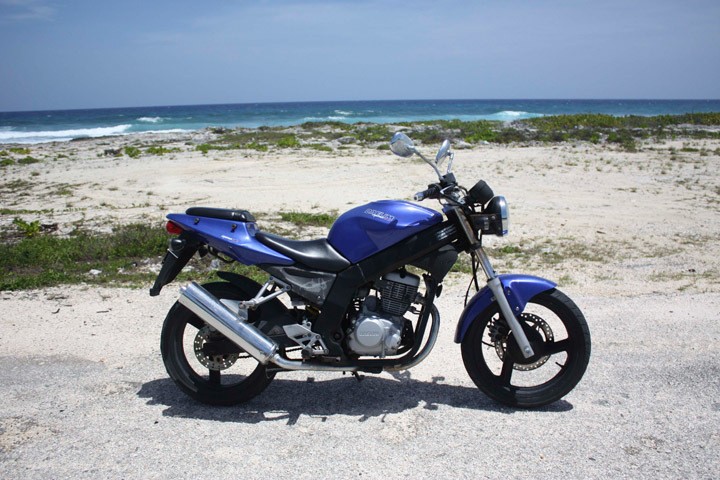 Once upon a more recent time, I found myself back in Koh Tao, slamming into the pile of rocks we call a road beneath a shiny blue Yamaha automatic I had purchased for myself two days before.

Back in “the real world” I have a bit of a reputation for being, shall we say, a distracted driver. It took me four attempts to pass my drivers exam, I’ve gotten in a smattering of minor traffic accidents (including one that involved both my parents cars and inexplicably, our garage door), and I have perfected the art of getting away with speeding warnings. I will defend myself by saying if you have ever been in a moving vehicle with either of my parents you will know I never had a chance. Nonetheless, I loved the freedom of being behind the wheel. Being able to go wherever I wanted, listen to whatever music I felt like singing loudly along to. I loved the feeling of driving.

Needless to say, I’m the punch line of many a bad driver joke. It can get a bit old. But if there is one thing I hate worse than being reminded how bad I am at something, it’s being immobile. So when I walked by a shiny, beautiful automatic bike with a For Sale sign reading only 8,500 Baht  ($275USD) I walked myself straight to the ATM. No mind that despite two years of being a bike passenger in four different countries, I had never been behind the wheel. Driving in Thailand kind of made me nervous. 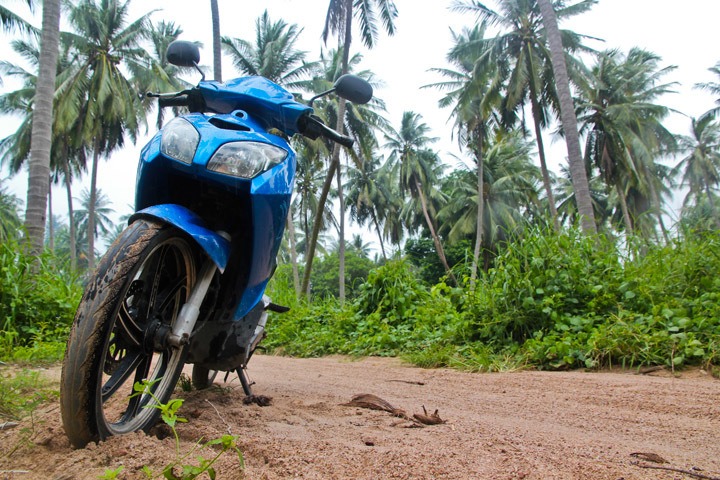 Mark did his best to give me a few driving lessons, but when you’re talking about an automatic scooter, not much can help you other than experience. It didn’t take long for me to feel comfortable on the approximately seven feet of total flat paved road on the island. Unfortunately, the rest is dirt or poorly sealed and super hilly. On first attempt up and down the hill to our house I was successful and thought to myself, “See? It’s not so bad. Stupid tourists wearing dumb helmets do it all the time!” 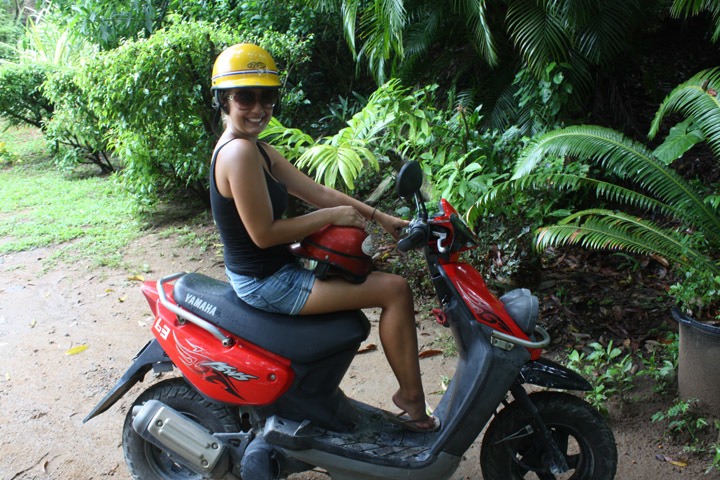 Then came attempt number two up the hill. In one particularly bad stretch of road, which is actually a plateau between the two steep bits of hill, there is only about a 12 inch pass where the dirt hasn’t eroded completely to reveal sharp, slippery rock. As I rounded the corner leading up to it, someone else was coming in the other direction-on the same 12 inch pass. I swerved to avoid them, sending me bouncing hard down the rock covered stretch. The final bounce threw me hard off the bike, at least sparing me from being trapped beneath it, while my shiny new wheels went smashing into the rock. 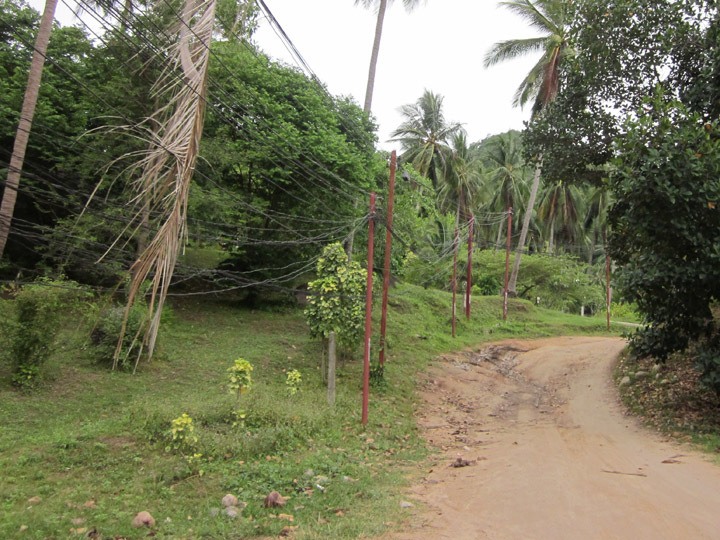 It hurt. I cried. The bike died. It only cost 150 baht ($5) to get the bike going again, but the once flawless front panels are now scarred beyond recognition. I was lucky to come away with only road rash on my arm leg and foot and a bruised rib that ached for weeks and especially after any exercise left me occasionally gasping to breathe. Physically, it could have been much worse. Mentally, I could not have taken it worse. I refused to even look at the bike for days. I would wake up in the morning sick to my stomach at the prospect of driving again. When I finally did go back up the hill, even thought I made it unscathed, I was shaking and hyperventilating so badly that it took me about an hour to calm myself down. Worst of all was watching people so effortlessly pick up driving and fly around the island without a care in the world, while the prospect of driving the paved road to the pier made me ill and gave me the shakes. I made any excuse not to drive, beating myself up the entire time for how pathetic and helpless I was. I started to think back to ads for hypnosis I had seen back in New York, promising to cure any phobia from flying to spiders. I wondered if I could arrange some sort of Skype-hypnosis situation with them. My dread did not seem to wane. 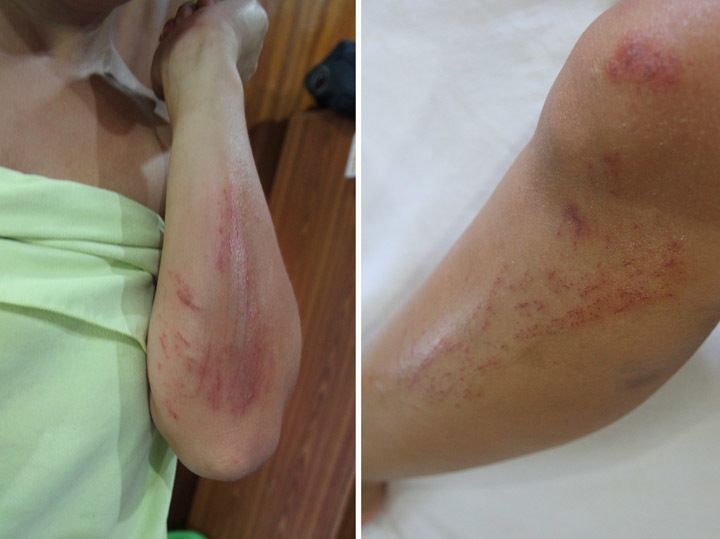 One day, we moved house to a place accessible by decently paved and semi-flat road. Soon, I found myself parking after a short drive and not having to wait for my hands to stop shaking. Later, I realized I would drive all the way home without even thinking much about the fact that I was driving. The fear was gone. About a month after the crash, I woke up and I offered to go get take-away for lunch. On the way back, the sun was shining, and I found myself smiling and came to the realization that I was enjoying myself. Not only was I no longer afraid, I liked driving again.

Koh Tao is an interesting place to learn to drive. There are no speed limits or traffic laws, roads are in hellish condition where they even exist, helmets (and shoes) are worn only by tourists driving rental bikes, and you are quite frankly considered a bit of a square if you decide to walk rather than drive home after consuming enough alcohol to kill a water buffalo. But as Mark likes to remind me, if you can make it here, you can make it anywhere. 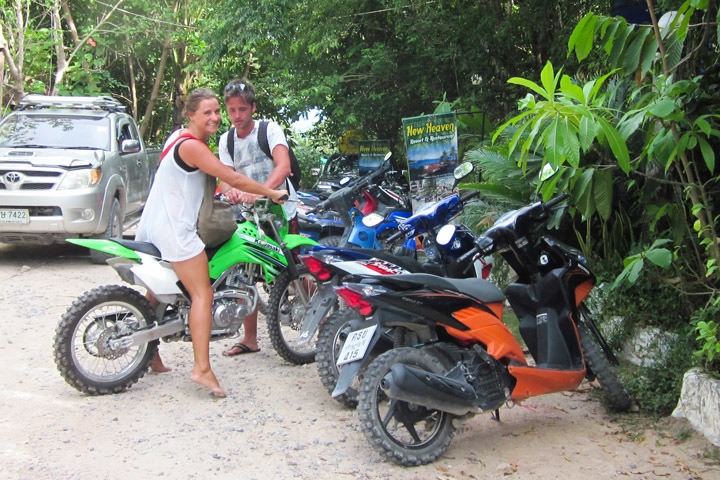 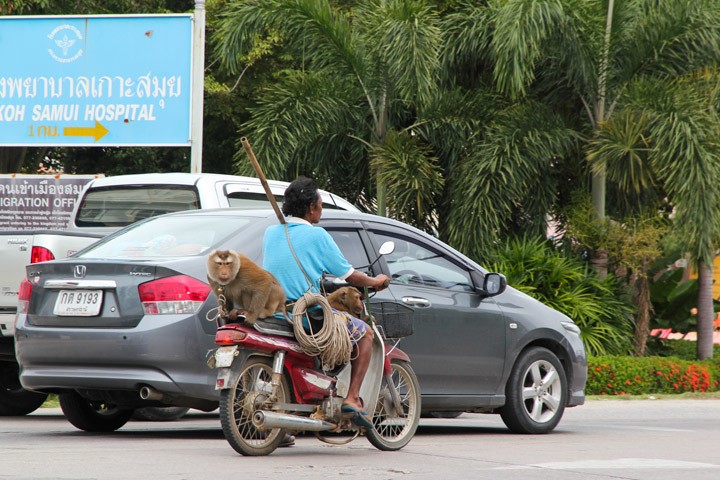 I still have a lot to learn. I haven’t yet tackled the island’s most treacherous roads, or carried anyone on the back of my bike. But every few days I find myself driving somewhere I once hesitated to go , or carrying something I wouldn’t once have been able to balance, and my comfort level rises. Learning to drive and mentally overcoming the trauma of my accident reminded me of a life lesson that I have a feeling I will learn over and over again: time heals all wounds.

Like when I started diving, or got on a plane to Asia by myself, or any of the other things that once terrified me and like the many things I’m sure I will fear again someday, learning to drive a bike taught me I need to slow down and be a bit easier on myself. That I need to look myself in the mirror, and tell myself that someday I will not be afraid anymore. Time will be kind. And until then, I need to live in a country where it only costs $5 to repair a bike. 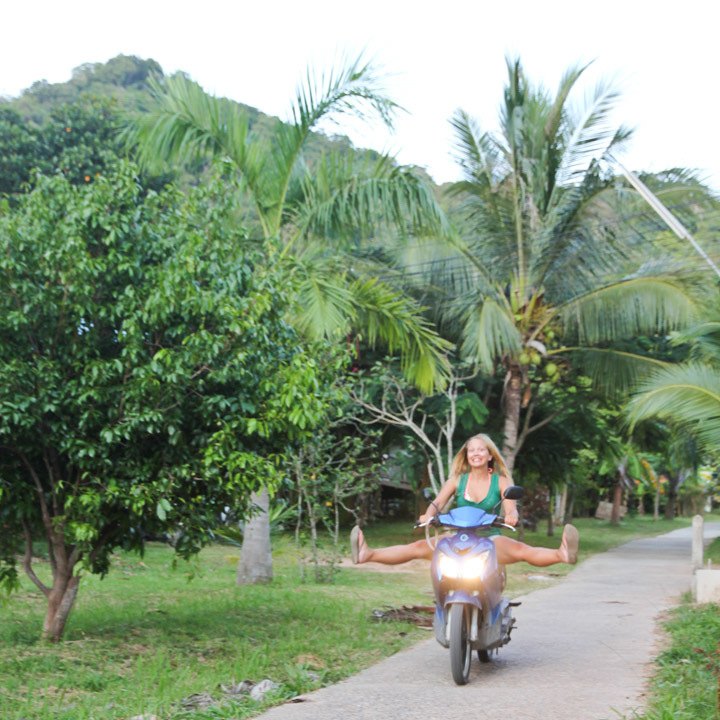 Scuba-ing Solo? My Review of the PADI Self Reliant Diver Course