When I first traveled to Thailand in 2009, my sister (sarcastically, I hope) asked if I would be living in a treehouse. Two years later and I’m not too far off. 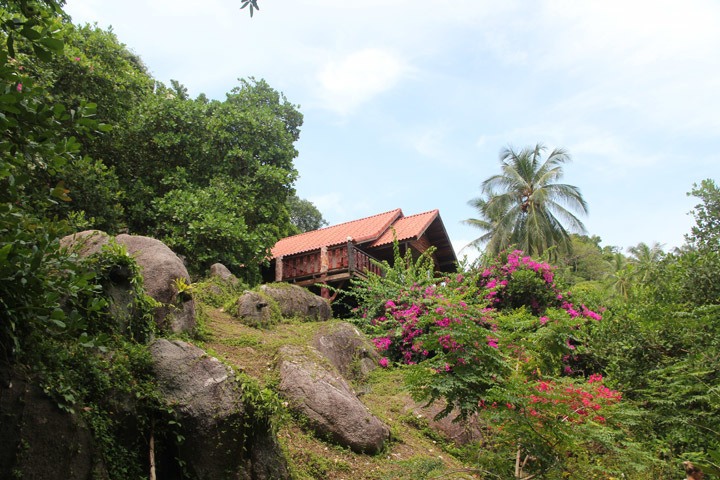 The range of accommodation in Koh Tao varies vastly. For a one bedroom apartment I have heard a range of prices from 6,000-15,000 baht a month (about $195-485USD). The cheaper end gets you a fan, a cold water shower, and a manually flushing toilet in a wooden bungalow. The higher end gets you air con, a modern bathroom, a kitchen, and if you are lucky, a great view. 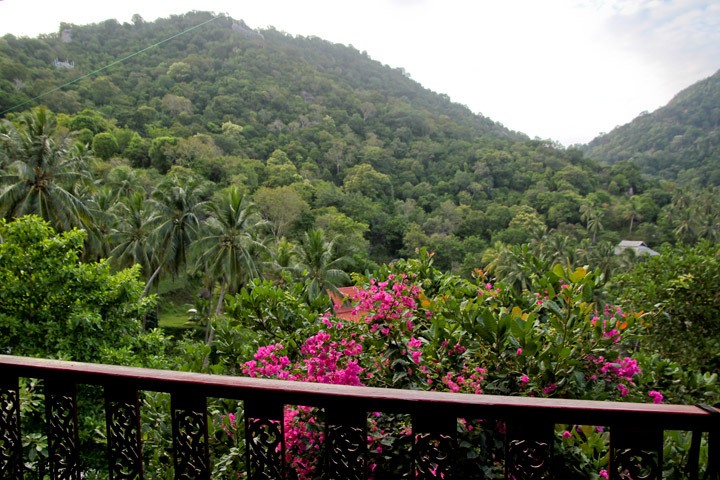 When we first arrived in Koh Tao we moved into a wooden bungalow high on a hill with a view to die for. We paid 10,000 baht a month between us (about $300 USD). That price included water, electricity, internet, and weekly cleaning. Unfortunately most of you were too far away for a house warming party so instead I made a video tour:

I like how I take the time to point out our clothes hamper and our broom and then spent an inordinate amount of time babbling about nothing with the camera is pointed at our dog curtains. I also had a much more charming conclusion to this video but I decided to narrate it zoomed in while spinning in a weird circle and the resulting footage was nauseating so it had to go. Then, I realized when watching my finished uploaded video that I had made a huge mistake when importing my original clip and cropped out a lot of the frame. I’m bummed because you see a lot less of things, but I just didn’t have the heart to re-do it. Clearly video blogging is something that I need more practice in.

For those that are viewing at work, or can’t stand the sound of my voice (I’m with you), I snapped a few pictures. These aren’t a great indicator of how we lived in the space though as I snapped them before we really moved in. 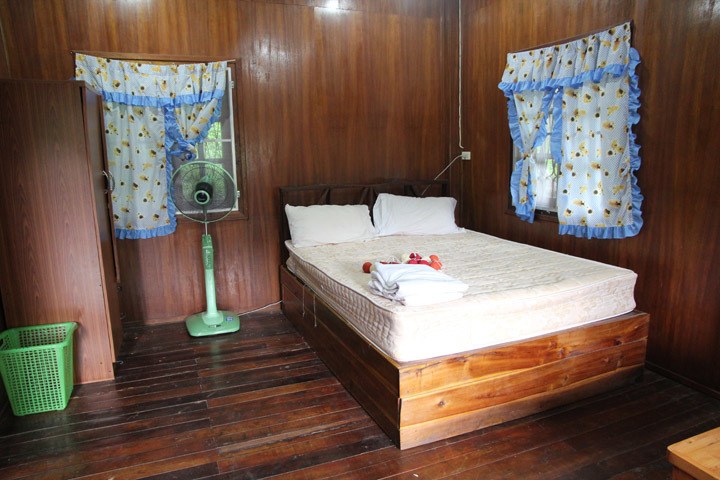 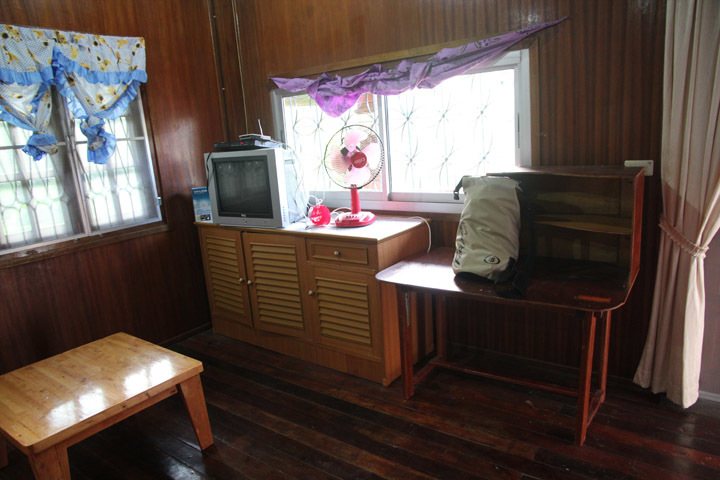 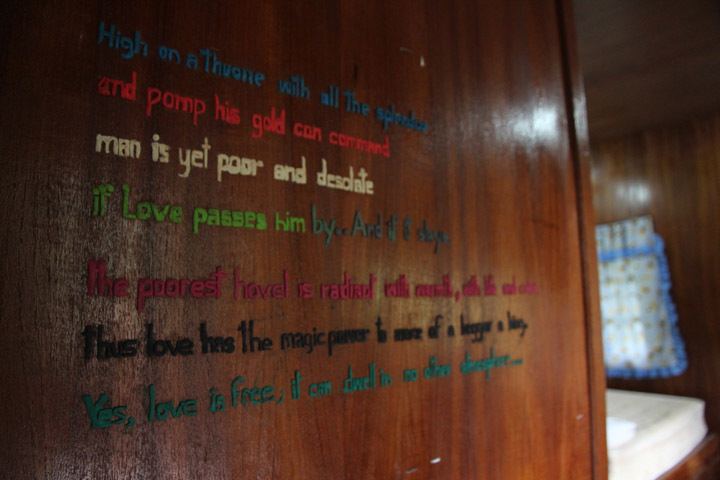 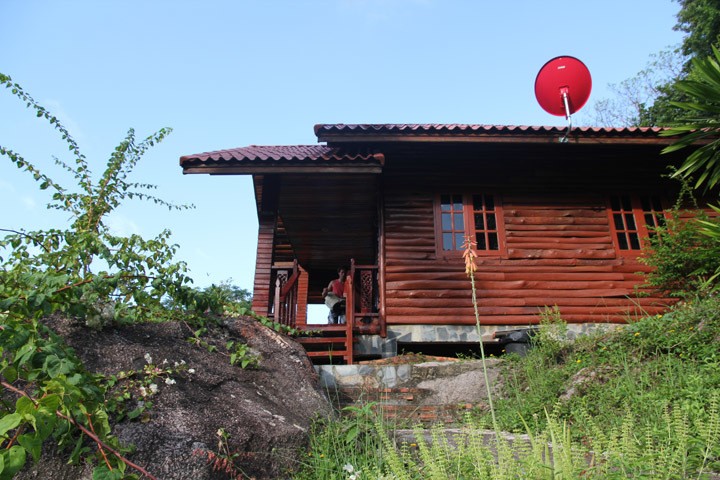 Unfortunately, we no longer live in this charming little bungalow. There were three things that did us in:

1. Crappy Wifi. I’m not ashamed to say that I need internet like I need air, as a source of income, entertainment, and connection to home. So after waiting three weeks for our free wifi to be set up, we were met by one of the worst connections I’ve ever encountered.

2. The Hill. That beautiful view up there doesn’t come without a price. The steep hill that led to our bungalow is poorly paved, and in some place just dirt and rocks. A nasty bike crash (post forthcoming!) left me paralyzed with fear craving a place closer to sea level.

Perhaps both of these things could have been remedied in some way if not for:

3. The Incident. I hate to scar you all in this way. But I’m going to have to do it. One night, I came home and Mark showed me the following picture: 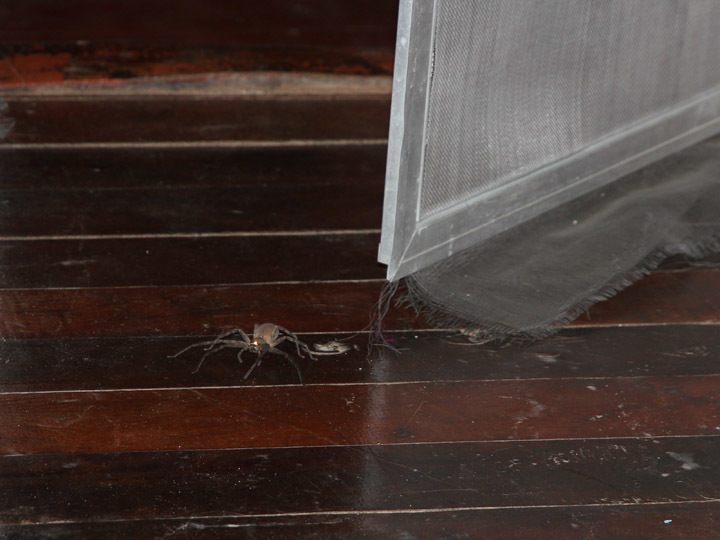 I started looking for a new place the next day.

What do you think? Do you think we got a good deal? Would you live here or is it a bit too rustic?