After experiencing the greatness of Bangkok’s Chatuchak Market, I didn’t think that there was a shopping experience that I could love more. Then I found the Saturday Vespa Market, so named for its origins as a gathering place for those selling vintage vehicles. 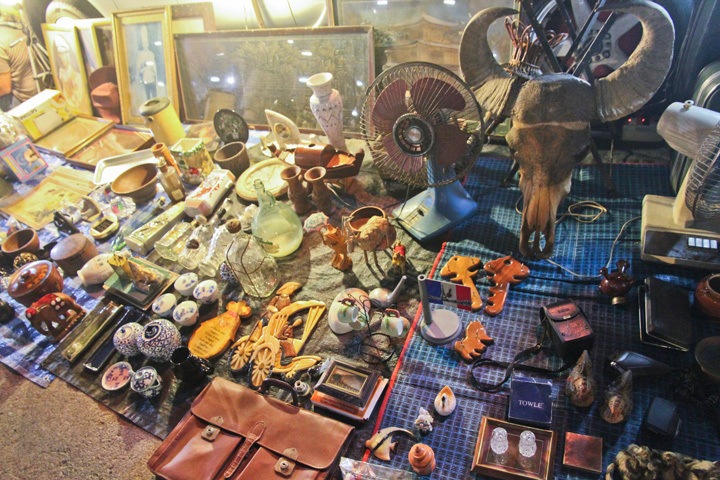 If Chatuchak is the popular prom queen of Bangkok’s market scene, then the Vespa Market is the rebel hipster smoking cigarettes behind the bleachers. 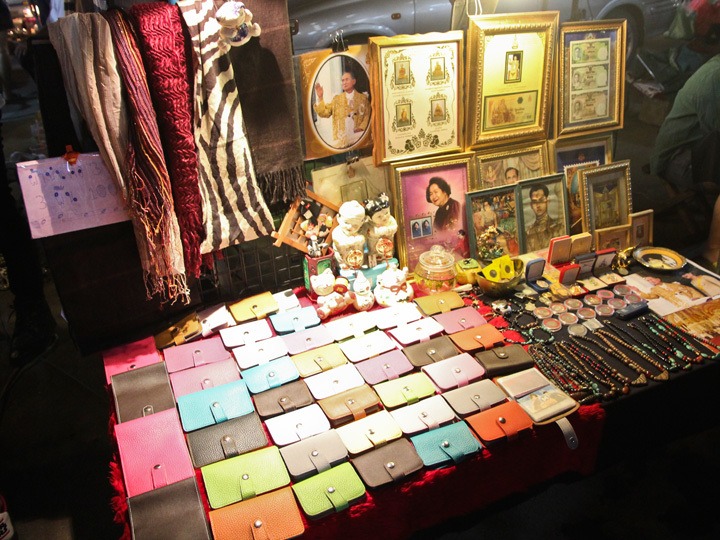 Everyone knows about Chatuchak. It is a place where the tourists sometimes seem to outnumber the Thais. Yet with the Vespa Market, I doubt if the cliche in travel writing of “hidden gem” was ever more appropriate. I first heard of it in passing from an expat friend in Bangkok. Online searches pulled up little info of use, and I could find just a few lines about it buried in my Lonely Planet. 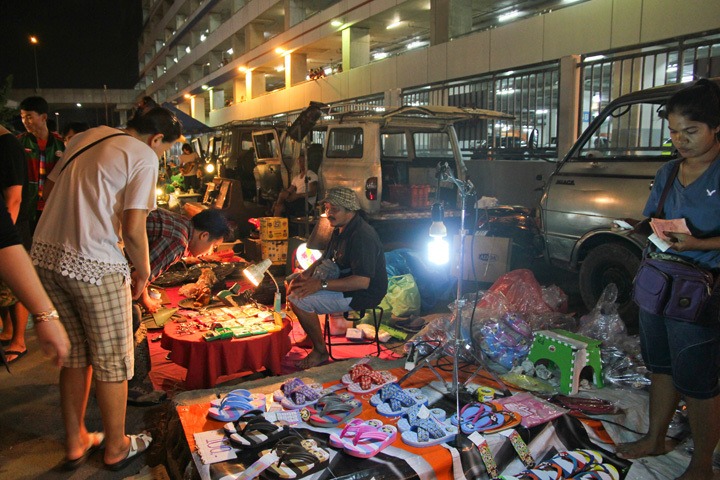 When I realized I would be in Bangkok on a Saturday night with friends Zoe and Tom, I knew I had to go. I was a bit unclear on the location, but when we arrived at the Lat Phrao metro station, we simply followed the trail of young, pierced, and tattood Thais into an abandoned parking lot sheltered by an overpass. 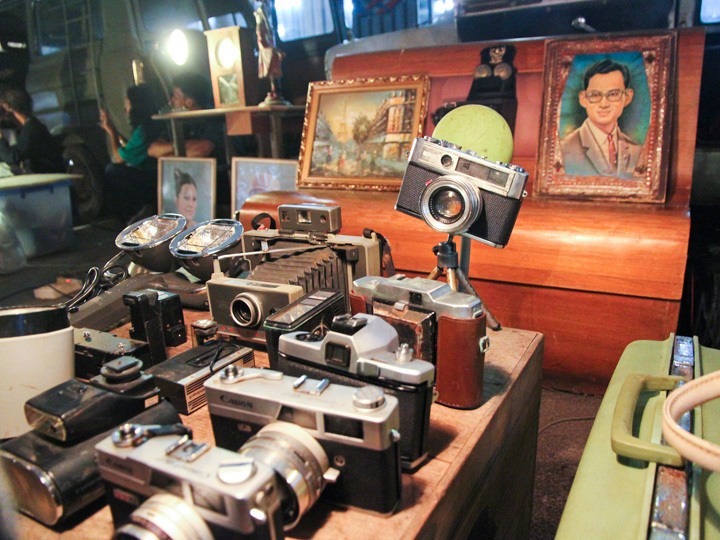 You know when you talk to other travelers and they say something like, “We were the only farang (foreigners) there!” But really it’s kind of an exaggeration? Well trust me, there is no need for hyperbole: We were the only farang there! Not a white face in sight. It was such an amazing feeling to be part of something not set up for tourists, not on the face of a million postcards: just an authentic taste of a Saturday night routine for young urban Thais. 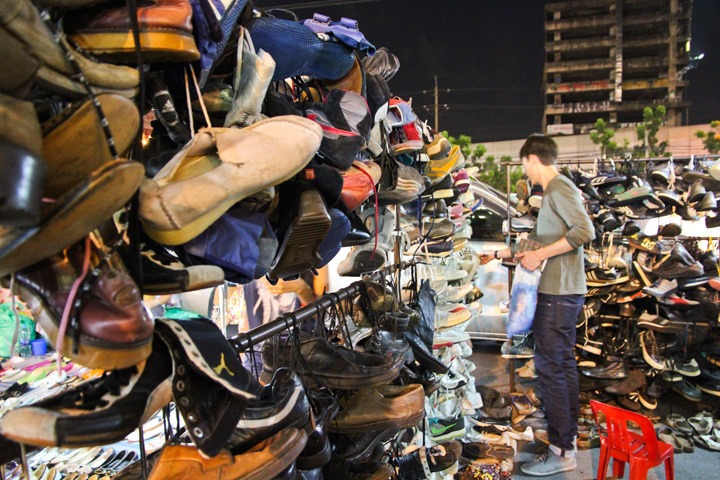 The lack of tourists had one major benefit: Prices were cheaper than I’ve ever seen. Even cheaper than Chatuchak! I bought new shorts for Mark for 100 baht ($3 USD) and two silk tops for myself for 150 baht ($5 usd!) I also picked up a few quirkier finds like a vintage magazine cover with illustrated scuba divers on it and some silkscreened notebooks. Even better, many of the prices were marked, which meant I didn’t have to deal with the dreaded market bargaining fiasco (a fiasco at least whenever I try it!) 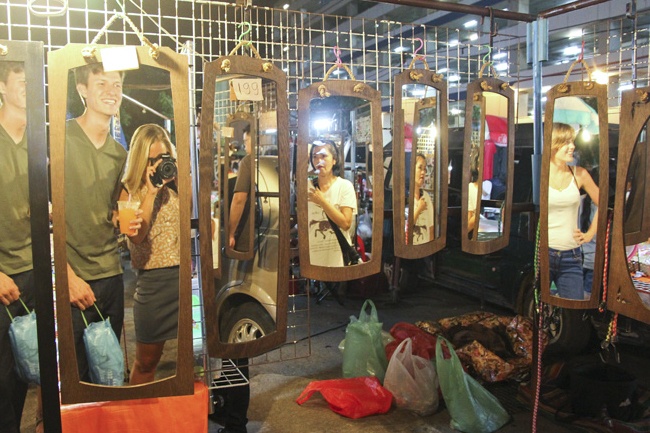 But really, we weren’t there for the shopping. We were there for the underground atmosphere, the cooler-than-thou attitudes, and the hipper-than-hip people watching. 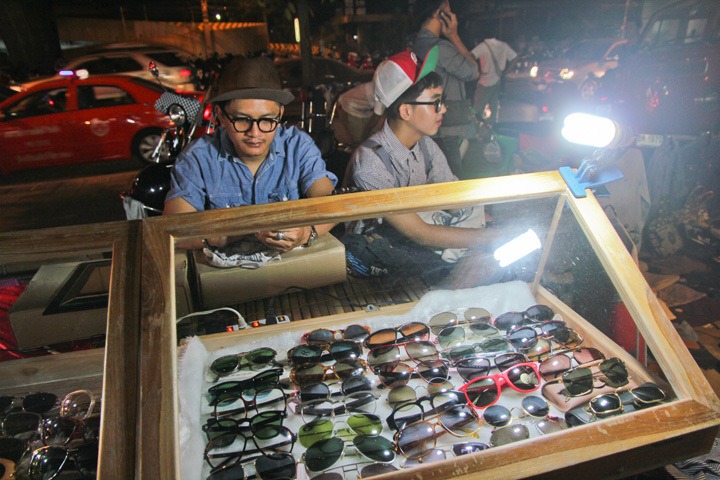 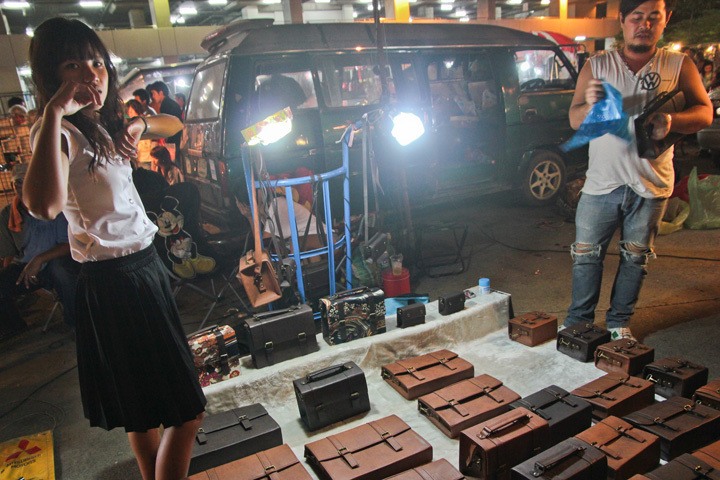 And did I mention the food? I almost went into a sugar coma as we walked around because every few stalls there was a snack I had to try. Sugar toast on a stick, orange slushies, condensed milk roti…. 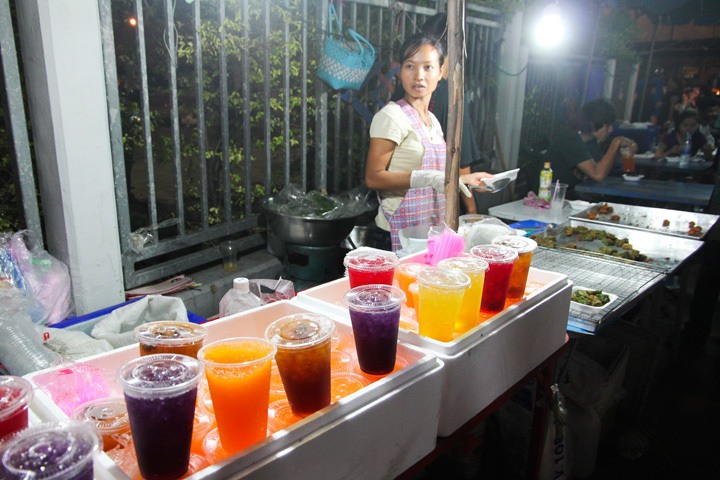 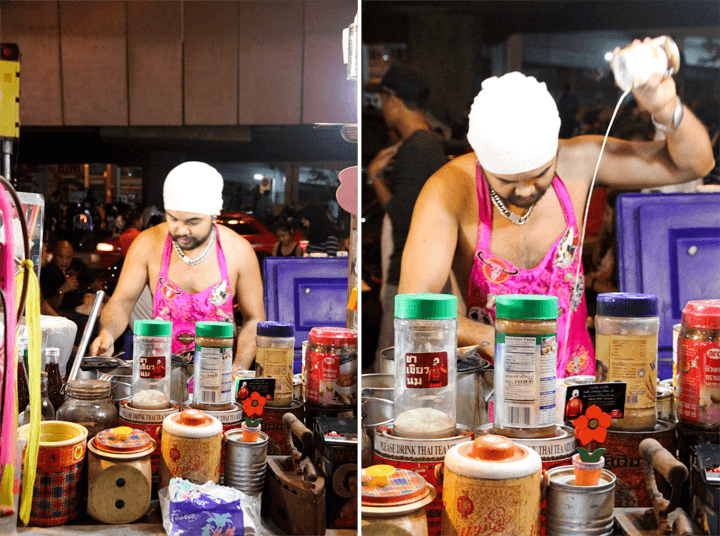 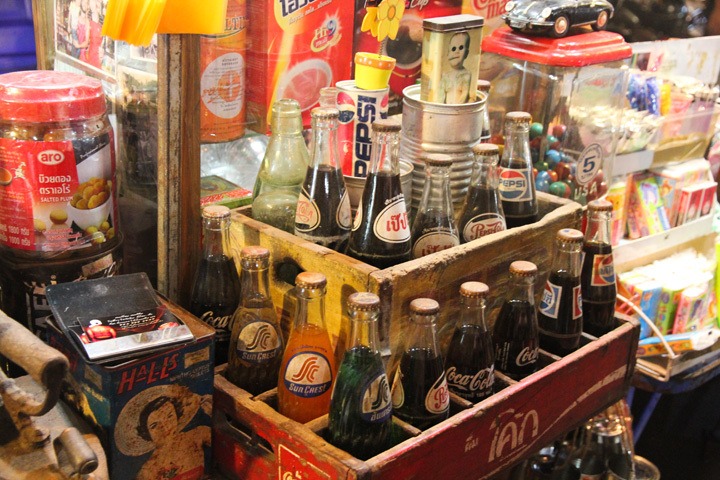 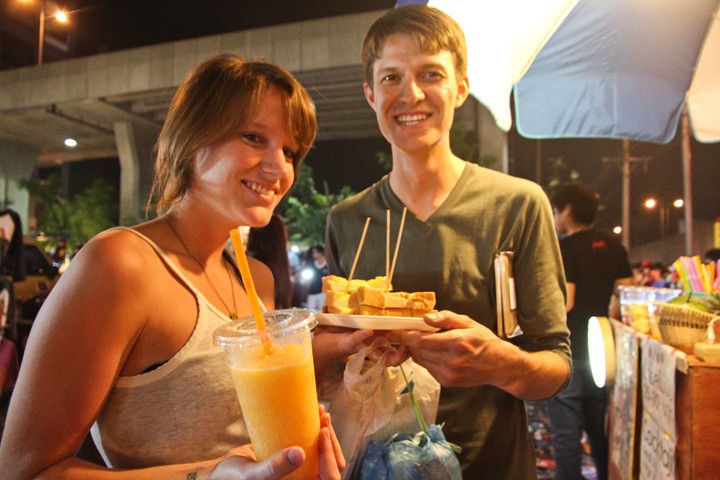 And while we munched we were serenaded by a local band who set up in the corner. 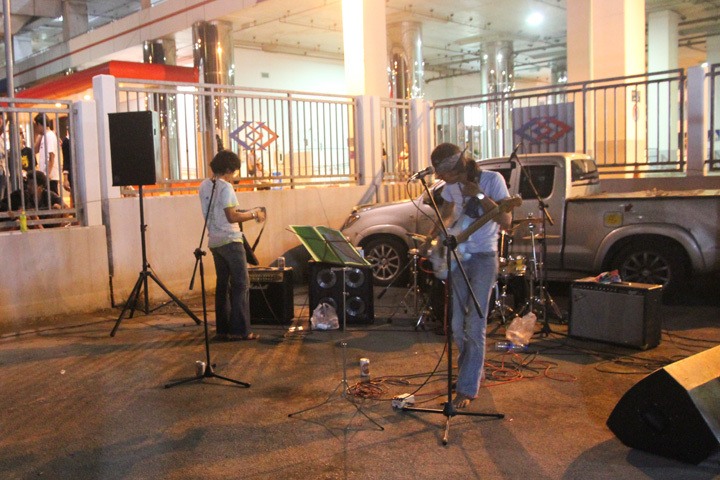 After we spent an hour or two exhaustively exploring, we felt like we had seen everything. So we started to leave, all the while commenting that while the market was amazing it was a bit smaller than we had expected. No sooner did the words escape our mouths did we turn the corner and stumble upon another open field of stall after stall about four times the size of the area we had just left. We hadn’t even made it to the full market… we had been in the annex!

And look at everything we almost missed out on. Plants… 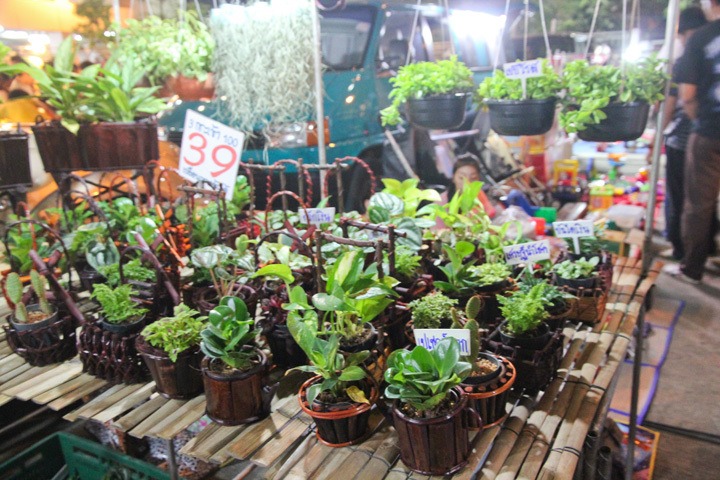 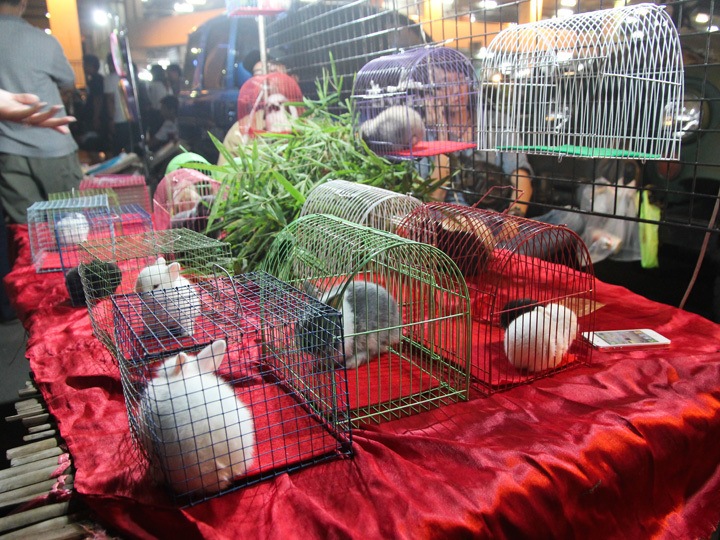 Animals not for sale… 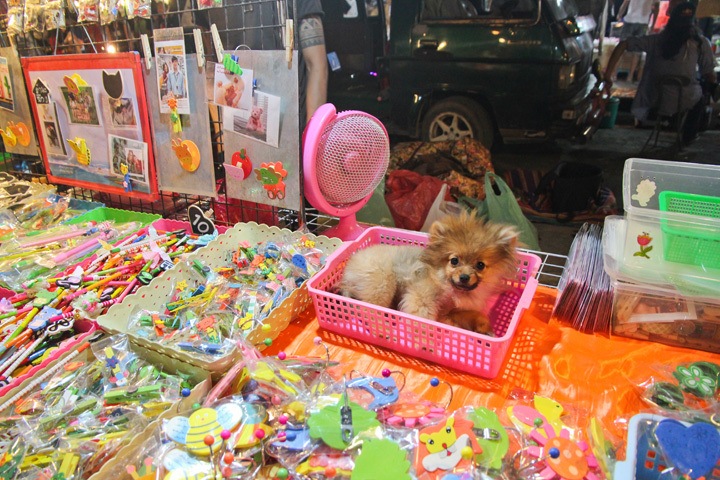 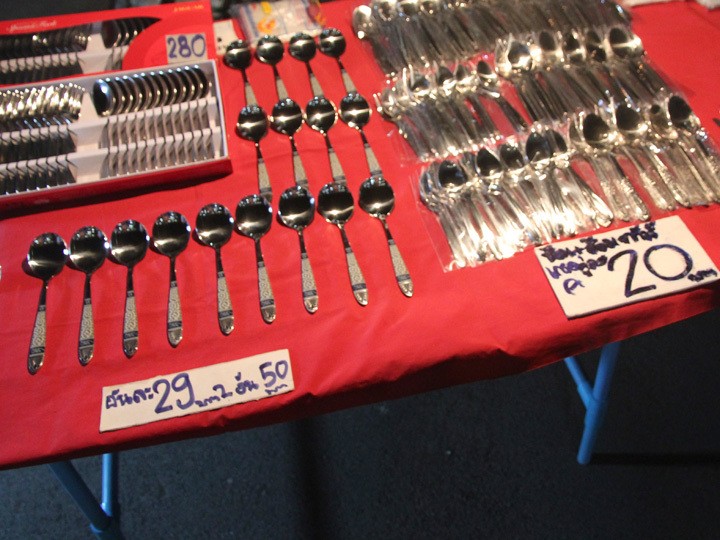 Hilarious reminders of my life back in Brooklyn… (Run DMC, anyone?) [Edited to add: Cooler friends have since informed me that Run DMC was based out of Queens, not Brooklyn!] 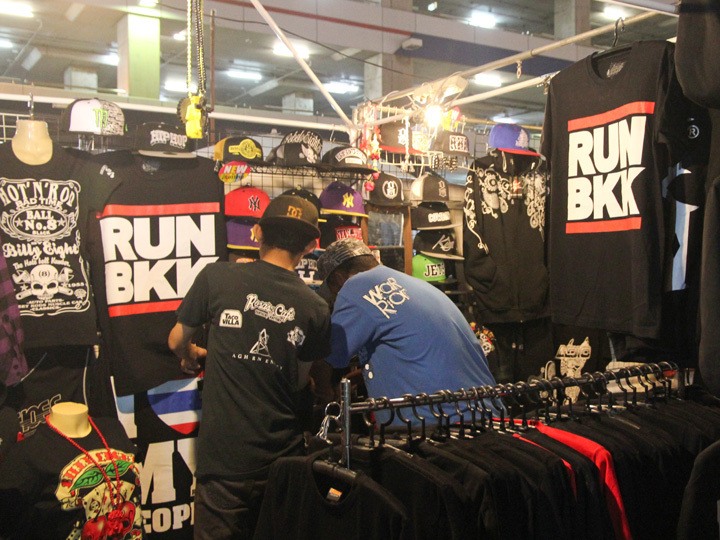 An impressive collection of vintage microphones… 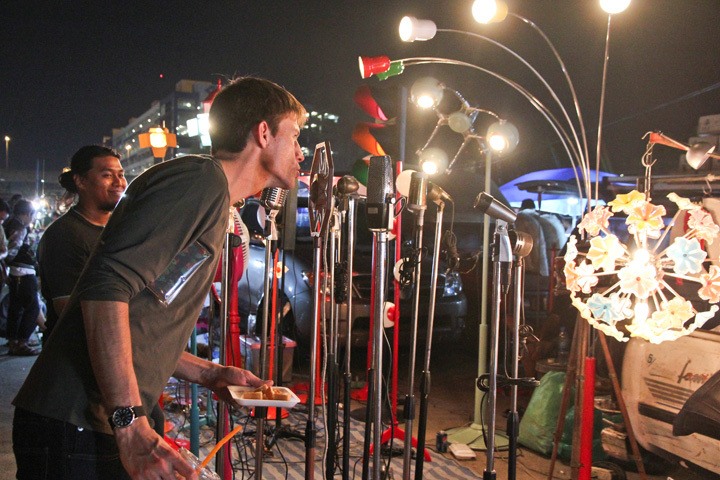 And so, so much more. 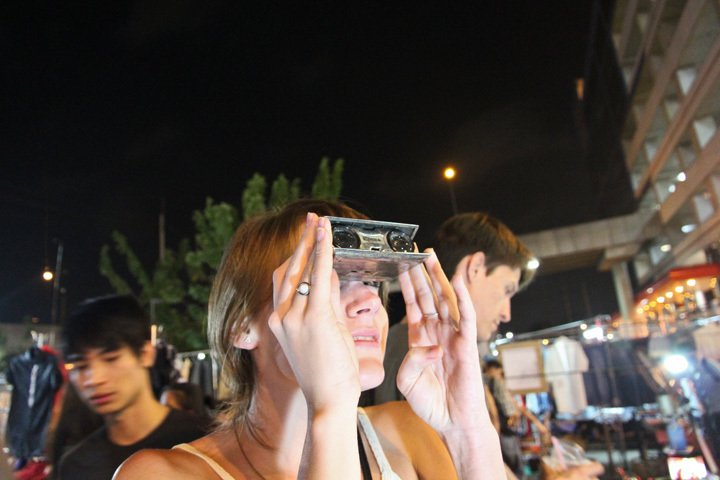 Eventually after all the hours spent walking the annex our feet were calling it quits just halfway through the actual market. What a wonderful excuse to make it back someday! I feel certain I will be here again, as this was undoubtedly one of my favorite Bangkok memories of all time. 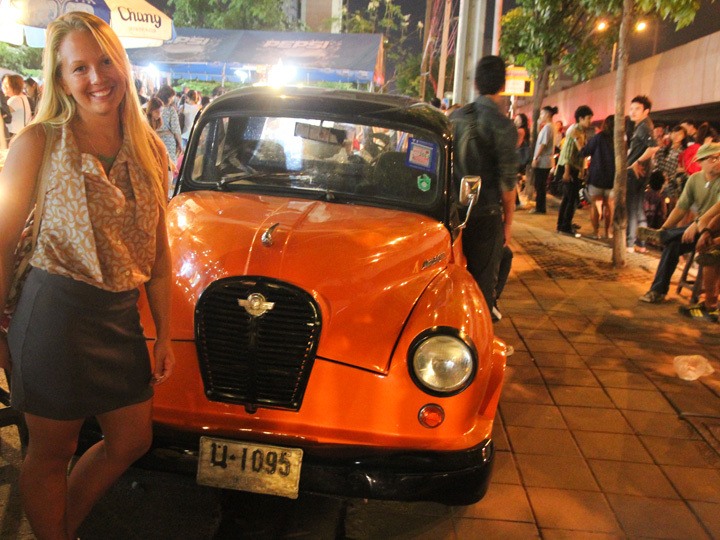 If you want to check out this market for yourself, head to Th Ratchadaphisek and Th Lad Phrao using the Lad Phrao Metro stop between 6pm and midnight on Saturdays. Just follow the urban cowboys. 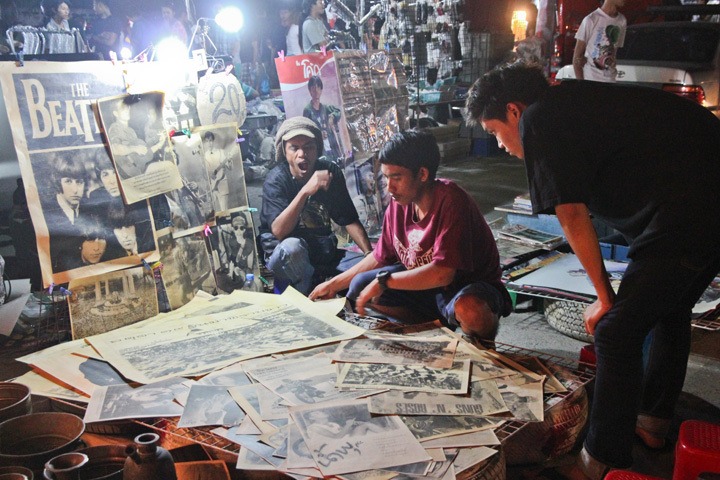 Believe it or not, this is an end to the recaps of my family and friends’ visit to Thailand! After this market I packed my way back down to Koh Tao to decompress after a month of madness. But there are more posts to come about expat life in Koh Tao, my impromptu visit to New York for the month of March, and what’s happening next in my life. Stay tuned!

Photo of the Week 32

The Bangkok Seashell Museum Photo of the Week 44
20 Comments...