A Weekend in Bangkok: The Big Mango’s Cash Cab

I apologize for my unplanned hiatus the past few days… I found myself stranded in Vang Vieng, Laos with the worst internet connections I have ever encountered, when I could find them at all. So I tried to simply relax and enjoy being unplugged for a while. Now back to our regularly scheduled programming…

As many of you know I went home for the month of March for various reasons, many of which you’ll be reading about in the upcoming week. But before I could jet back to New York I had to stop over in Bangkok to buy a few souvenirs and more importantly add some pages to my well-worn passport at the US Embassy. 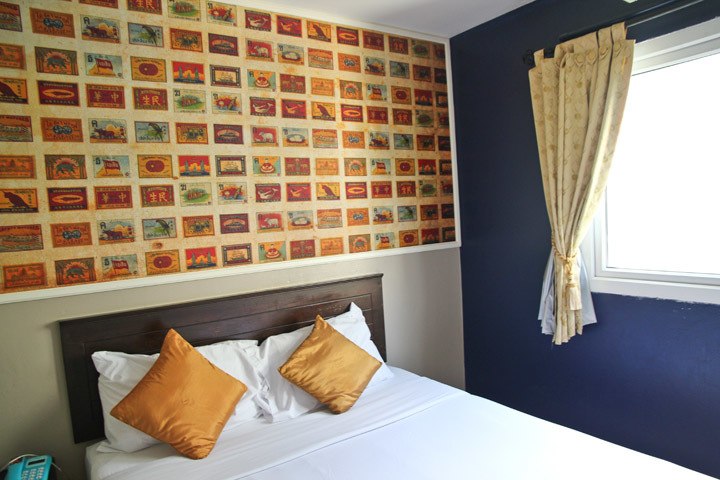 I used the brief trip as an excuse to splurge on a decent hotel. I booked myself into the Rikka Inn on Khao San Road for the sole reason that they have an amazing rooftop pool… but isn’t the room cute, as well? 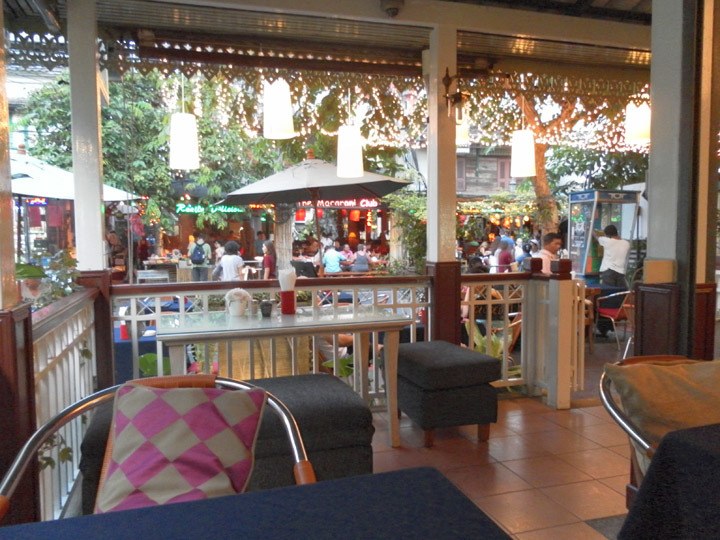 I also made sure to enjoy my last taste for a month of the Thai food I have grown to love. Of course, Thai food is readily available in New York City but it’s hard to go from paying the equivalent of $3 for a delicious massaman curry to more than five times that for a stateside version. 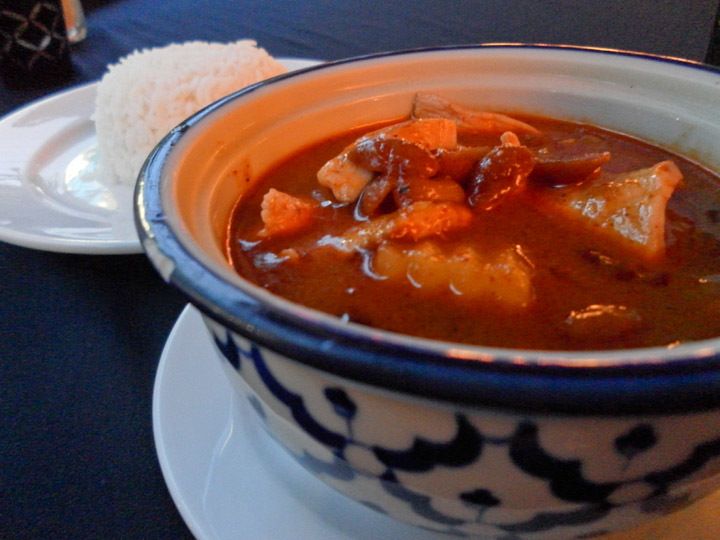 The uncontested highlight of my trip, however, was completely unexpected. It started as I walked away from Khao San road trying to find a cab that would take me to the US Embassy on the meter (not an easy task on Khao San, where the drivers would rather get a fresh-off-the-plane traveler to pay an inflated fixed rate!). As soon as someone stopped for me I stepped in and immediately started my usual hard-line demand for the meter but quickly tapered off when I looked around me and realized… 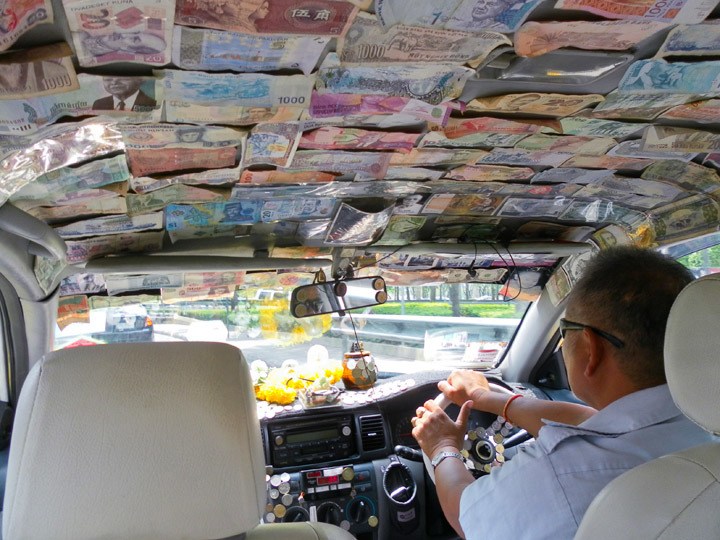 I was in Thailand’s version of the Cash Cab! Well okay, there weren’t any hidden cameras and I wasn’t on a game show. But this seems pretty deserving of the title, don’t you think? 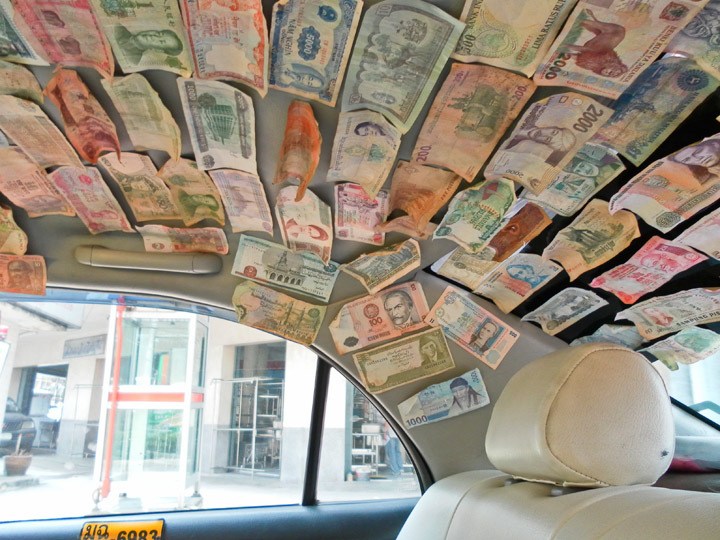 I was absolutely mesmerized and kicked myself for not carrying my big Canon DSLR that day. All these photos are taken with my dinky point and shoot, what a shame! 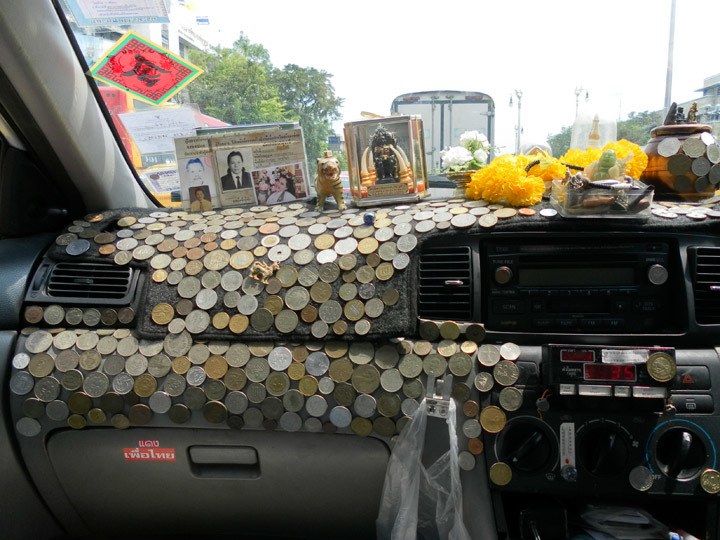 The driver told me all the different currencies came from his passengers- who clearly come from all over the world. This cab is a testament to the global city that Bangkok has become! I fished around in my wallet and managed to find a US penny which I handed over. Delighted, he grabbed some scissors and tape from the glove compartment and added the new coin to his collection on the dashboard. 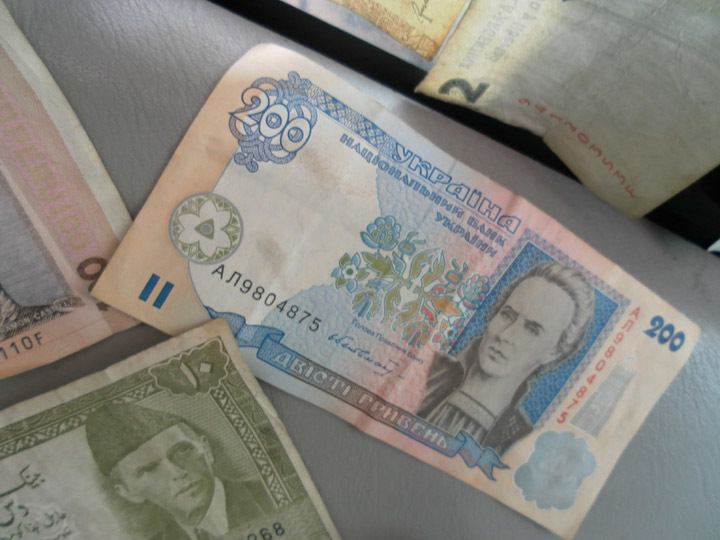 I asked the driver if anyone ever tried to grab a fistful of notes and run- I was kind of serious but he responded with a hearty laugh and a shaken head. 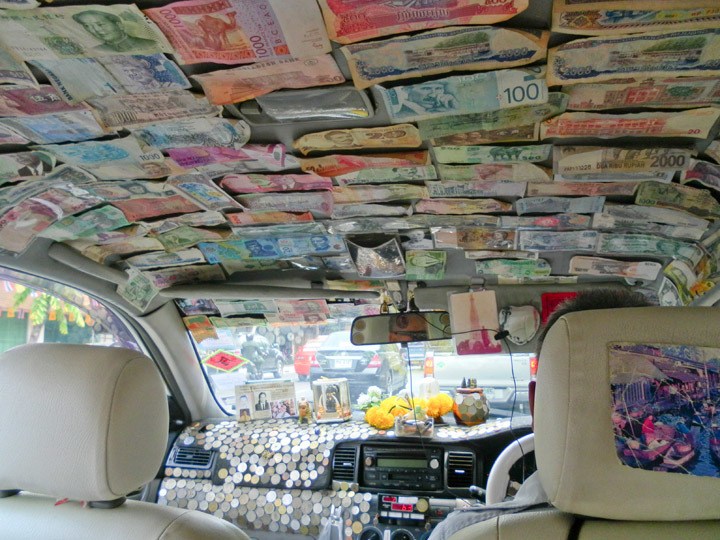 I’ve been trying to get better at taking pictures of people so even though I didn’t have my big camera with me before getting out I shyly asked the driver if I could take his photo. What a character! 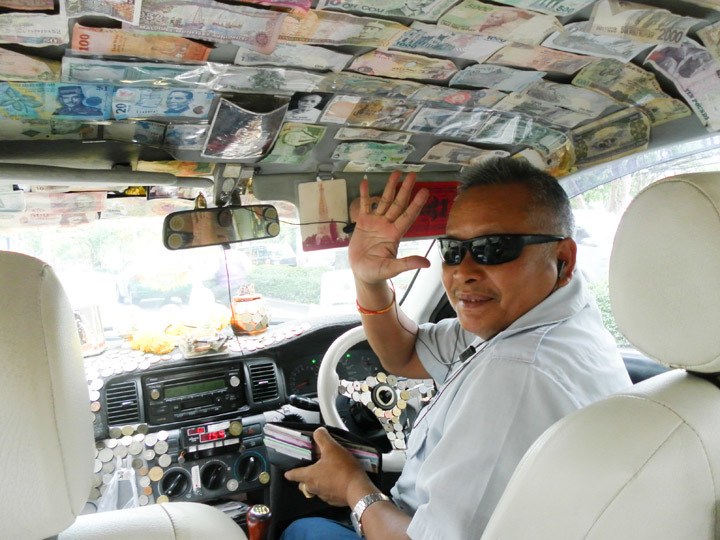 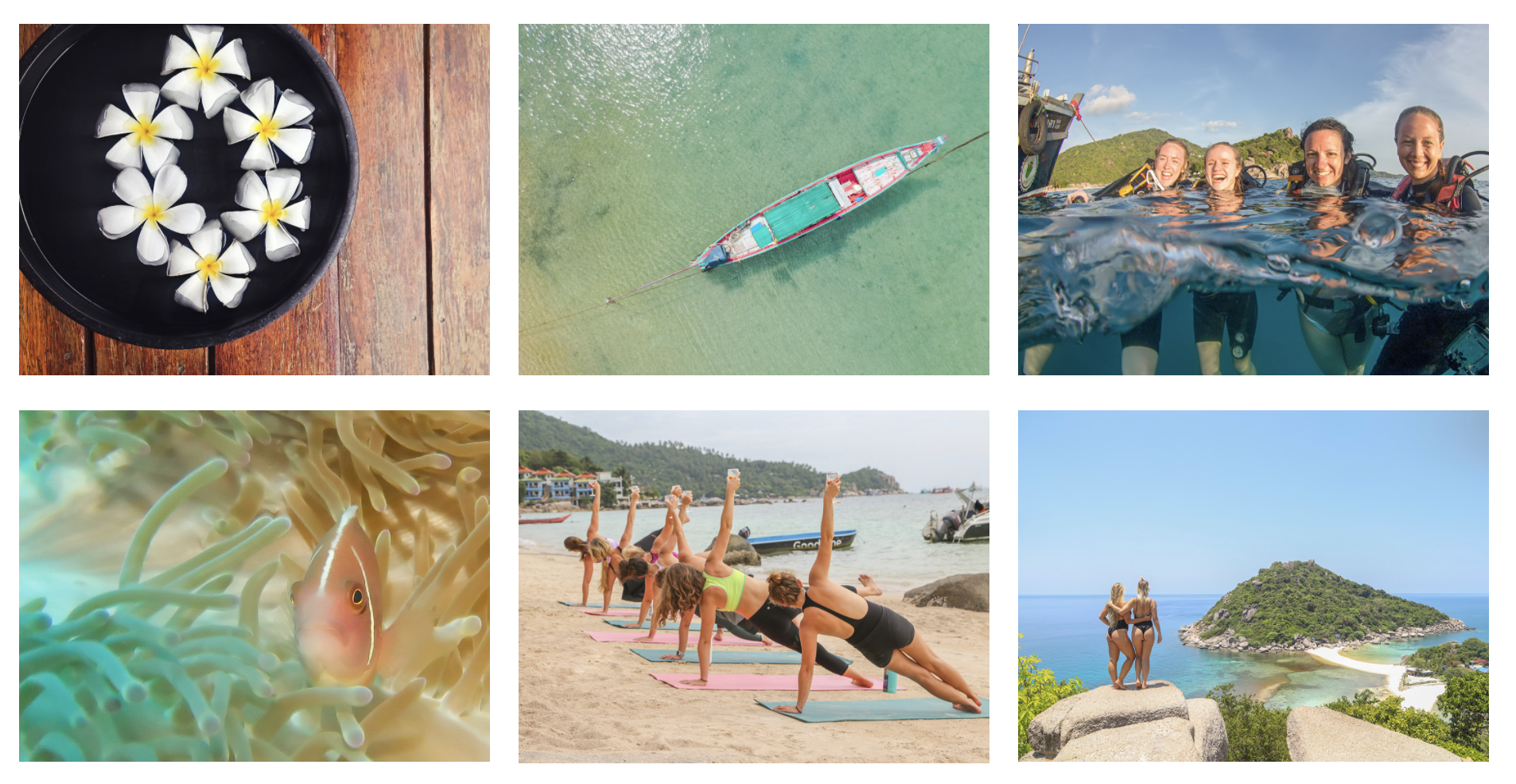