Gadding: present principle of gad
Verb. To go around from one place to another, in the pursuit of pleasure or entertainment.

As you may recall, Glasgow won both my heart and my Scotland City Smackdown. One way that I got to know this city in such a short period of time was to take the City Sightseeing double deck bus tour. I like being carted around at my leisure to various tourist attractions when I’m in foreign cities, okay? Go on, hardcore tour-snubbing backpackers, judge me. 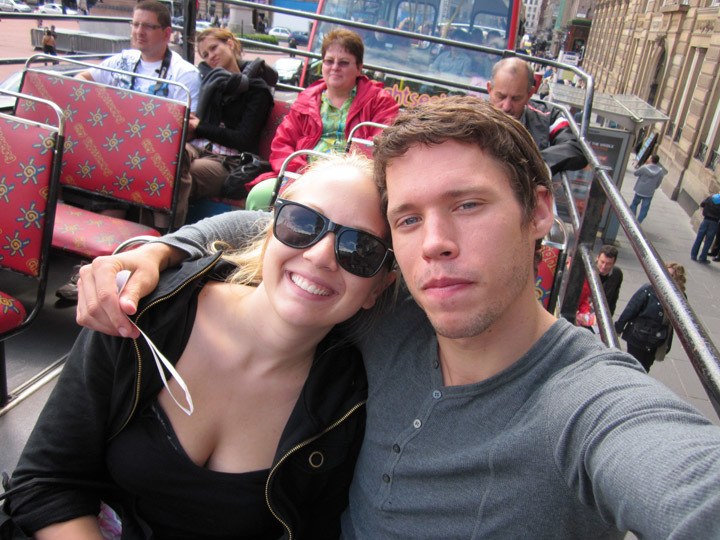 As many of Glasgow’s attractions are free, the £11 pounds (£9 for students) you spend on the bus can be your entertainment cost for the entire day. As soon as we boarded the bus in George Square, we ran up to the top deck to enjoy the rare and welcome Scottish sunshine. Throughout the hour and forty-five minute journey we both learned so much about the city’s history from our live guide, both as a first time visitor and as a one time resident. We even drove by Mark’s old apartment!

The ticket is good for two days, so I recommend going around the loop once to orient yourself and decide which attractions appeal to you most. The next day, you can hop on and off as many times as you like at whatever interests you most. I absolutely loved getting to see the different districts of Glasgow, learning more about the city’s history, and going much further than I could have ever walked in a day.

Here are my highlights of the City Sightseeing tour, and also therefore of Glasgow! 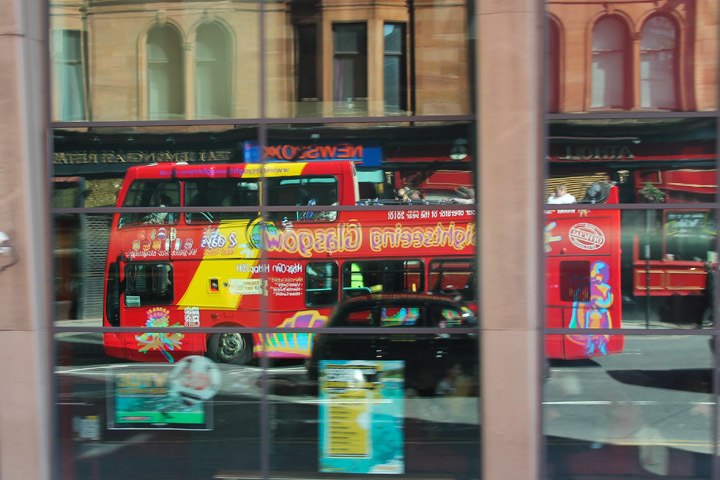 St. Mungo’s is unlike any museum I have visited before. It takes on the enormous task of trying to look at religion in an academic, scientific way. It has galleries of religious art and religious life which examine the major world religions via topics such as core beliefs, marriage, death, etc. The next-door Glasgow Cathedral is a major attraction and well worth a visit. Both are free to enter. 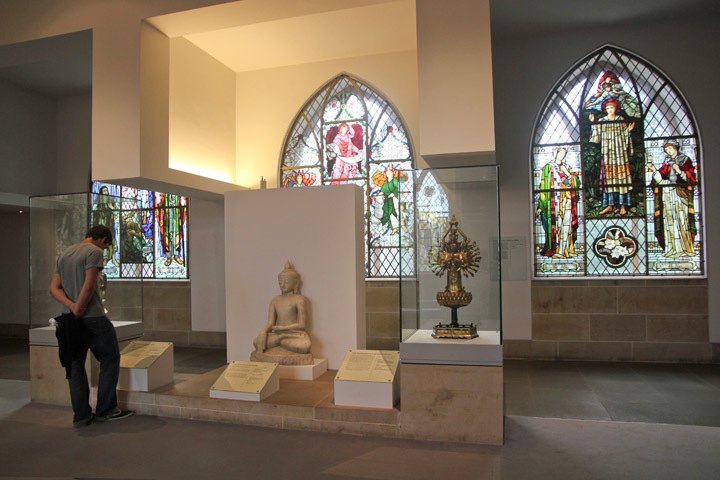 Perhaps not of as much interest to those who’s boyfriends did not once live in an apartment visible from the square! From here you can visit the free People’s Palace museum, famous for telling the story of the city of Glasgow, and the Doulton Fountain, famous for Mark swimming naked in it in the middle of the night several times in his youth. 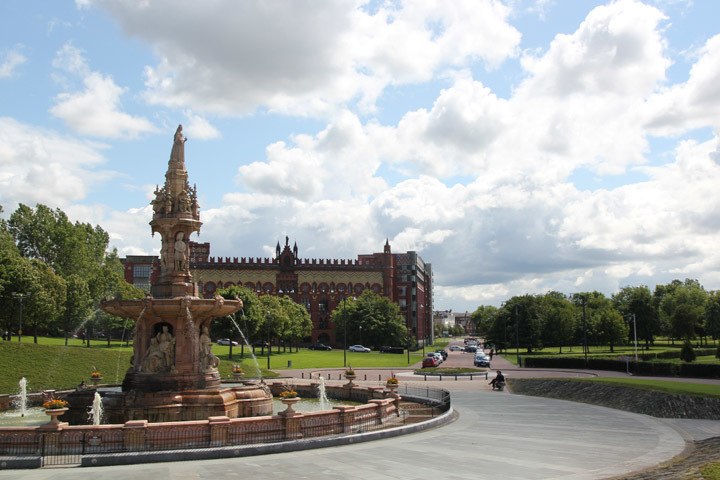 George Square and the Gallery of Modern Art (Stop 8)

The Gallery of Modern Art is, you guessed it, free! It’s also Scotland’s most popular and most visited art gallery. The exhibitions have a reputation for being hit or miss, but I thought it was a great and conveniently located way to see what’s going on in the contemporary art scene. The best part is the sculpture of a man on a horse in front of the entrance, who is the frequent victim of pranksters capping it with an orange street cone! No one knows who does it or how it gets up there! Restaurants, shops and street musicians surround the gallery. 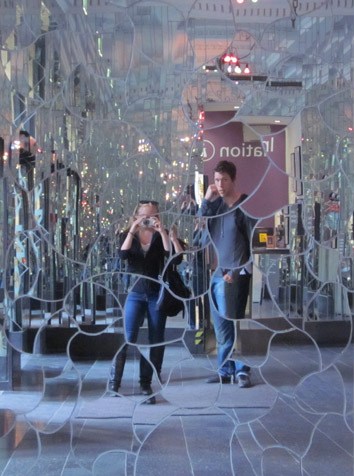 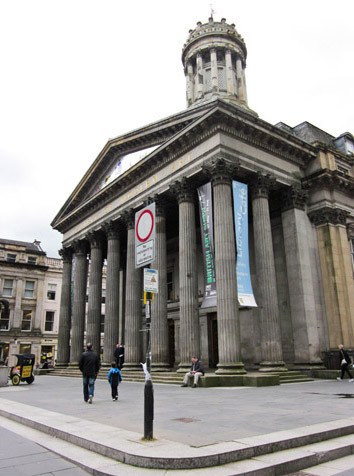 This was the absolute highlight of my visit to Glasgow. Opened just two days prior to our visit, the Riverside Museum is what prompted us to take the bus tour as it was much too far to walk and difficult to reach via public transit.

Zaha Hadid is the genius behind this amazing building, which our guide informed us is the most architecturally advanced design in the UK. I don’t know how they quantify that, but I’ll take his word for it! I would have come for the exterior alone, being a big fan of Hadid’s since I attended her 2008 show in Central Park on my birthday.

Inside is the previously named Transportation Museum, which is about ten thousand times more interesting than it sounds. Displays highlight the history of cars, bikes, boats, and just about any other method people use to get from point A to point B. It is interactive, beautifully designed, and cleverly tells the history of this great city. Most highly recommended. 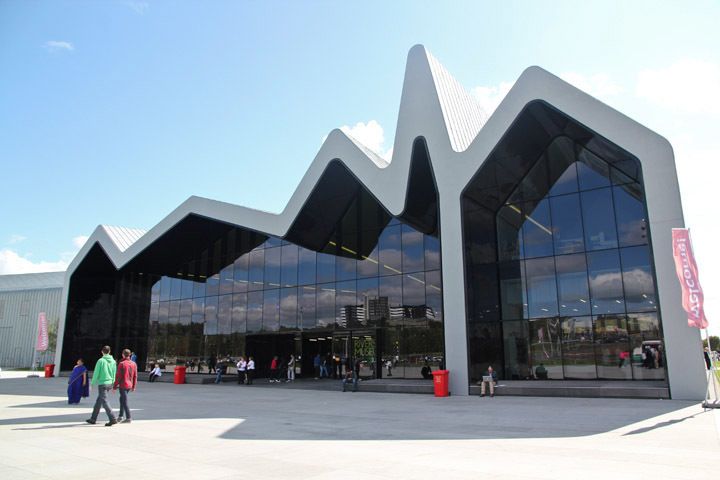 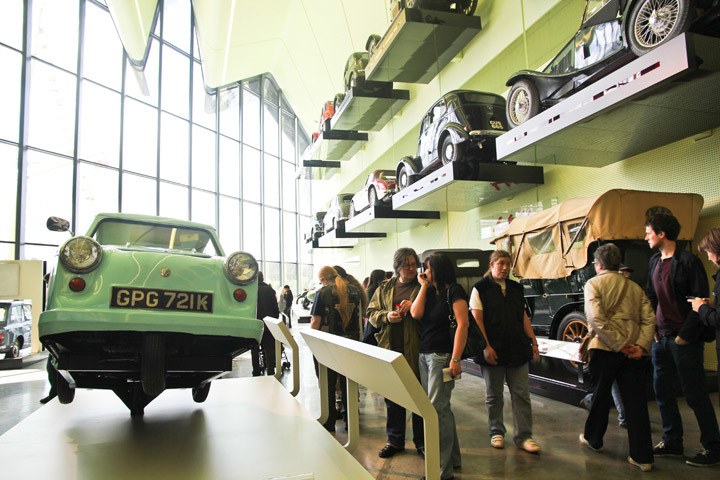 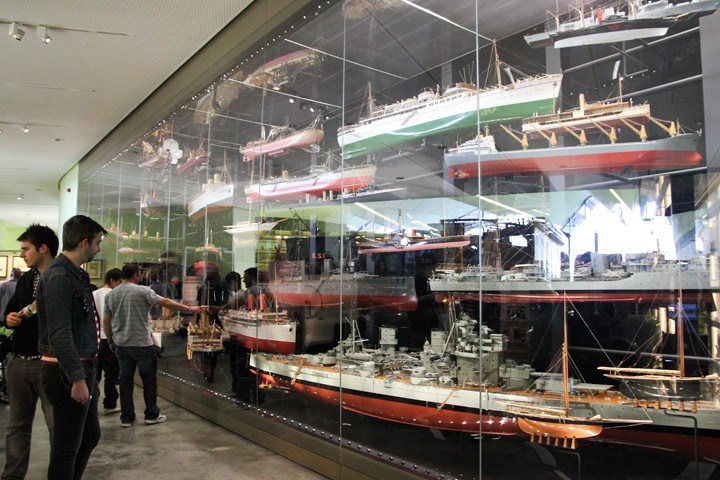 Sadly, we just didn’t have time to see it all! However, next time I visit Glasgow I look forward to visiting the free Botanical Gardens (Stop 17), the highly recommended (and free!) Kelvingrove Art Museum (Stop 19), and nightlife center Sauchiehall Street (Stop 22). Confession: I did see Sauchiehall Street at night! 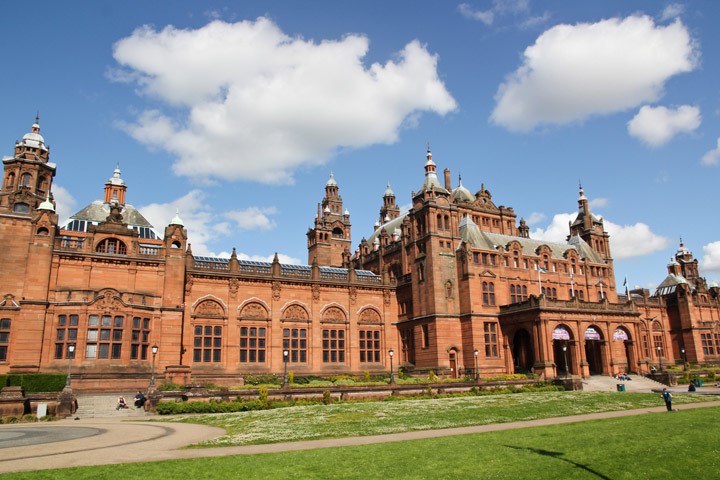 While I wholeheartedly recommend the City Sightseeing Glasgow tour, I can’t recommend the company’s sister tour in Edinburgh. The tour was more expensive, covered less ground, and did not feature a live guide. Edinburgh is compact and very walkable and I don’t feel I got an additional value from taking the bus. And while this is personal preference, we found we enjoyed the Glasgow tour’s 20th – 21st century historical focus, while the Edinburgh tour’s history went much further back. 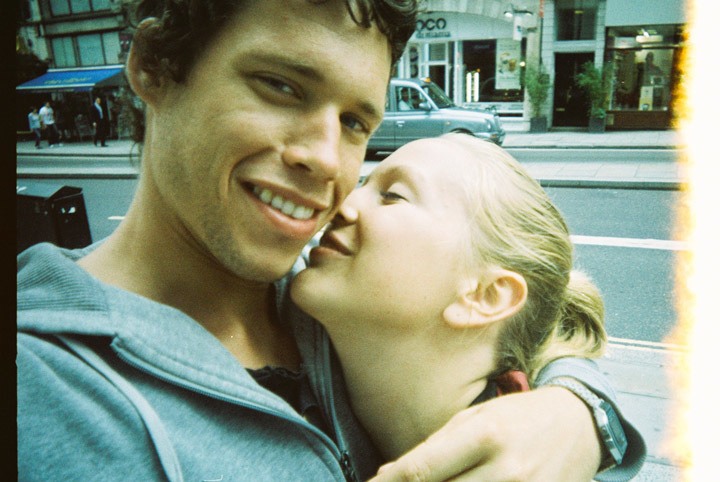 So, Have you ever done a double decker bus tour? Did you like it an much as I do, or are you one of my hardcore tour-snubbing readers? Go on, tell me I’m lame!