The Dark Side of Burning Man

“Everyone cries at Burning Man,” I was warned. I may have scoffed at the time – but how right they were. While part of me feels guilty expressing any disappointment whatsoever about an event that I rarely hear anything but breathless praise for, you guys know that I’m all about keeping it real. While I loved the principles of Burning Man and had truly unique and beautiful experiences, I also faced a few struggles. 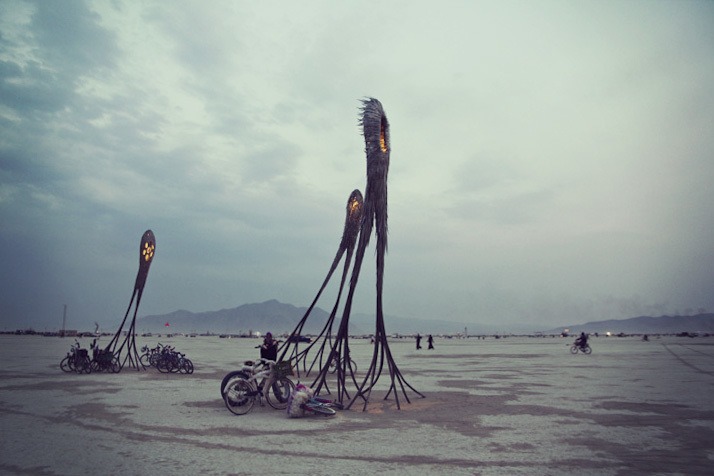 I knew that I would struggle with the relentless dust covering every possible surface at all times, the biting cold at night, and the arid heat during the days (while heat doesn’t bother me, the dryness does – dry skin is my own personal kryptonite, as anyone who has ever spent a day with me when I forgot to carry lotion can attest.) These are minor complaints in the grand scheme of Black Rock City yet I list them first as extreme conditions and the inability to escape them even for a minute can exacerbate problems that might blow over pretty easily back in the real world.

Unfortunately, I don’t think my camping situation was the best fit for me. I didn’t connect with my camp – and I am willing to accept a fair amount of the blame for that myself. I went with four close friends and we camped with about twenty other people that they have become quite close to since I started traveling. The camp was basically a group of tight knit friends… and me. I get it. If I was at a week-long party with that many of MY close friends and there was one new chick, would I realistically take the time to get to know her? I have been in many similar situations before where I’ve managed to wiggle my way in without issue — I mean, I kind of do that every time I show up on a new island and set up a temporary life there. But sad to say it just didn’t happen with this particular group. I know I could have tried harder, and I would guess they might say the same. I did not feel a part of the group.

My friend Tom was in a camp of about 100 people where he knew no one other than the three friends he went with, but everyone was in the same boat. They had camp mixers, and everyone was very outgoing and in a “meet new friends” mode. I think that would have been a better fit for me. 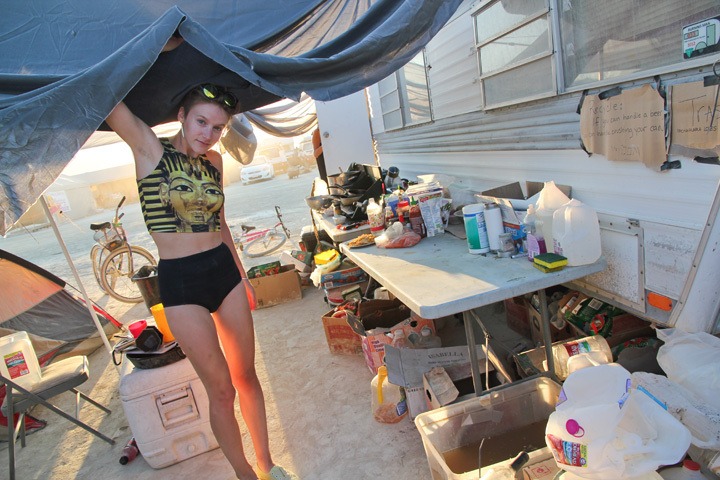 FOMO and Too Much To Do

Every single second of Burning Man, there are dozens of things going on that could potentially blow your mind. At most, you can do one of them. At times, you can do none of them, as your body simply needs a break. Many Burners focus on the evening activities, but I really loved what was going on during the day as well. Sometimes I went to bed at 4am instead of 11am so that I could catch a mid-day yoga class, and I would feel a pang of FOMO when waving goodbye to my friends.

I spend the majority of my time in foreign situations, meeting interesting new people – it’s my job! So naturally, on a rare week when I was in the same time zone as some of my dearest friends, one of my greatest priorities was spending time with them instead. Understandably, they were excited for the opportunity to meet interesting new people – something I take advantage of getting to do on a regular basis due to my nomadic lifestyle. In the moment, despite giving myself all the pep talks, I couldn’t help but take it personally that they didn’t value spending time with me as much as I valued spending time with them. 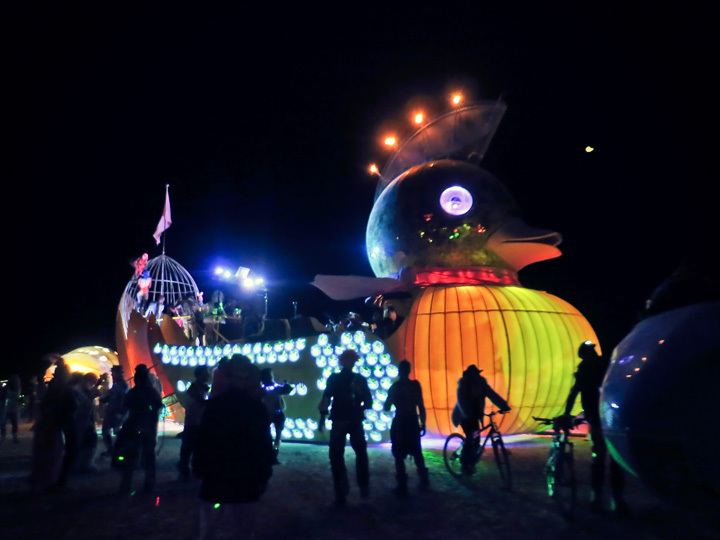 I was terrified of so many things going wrong at Burning Man that I almost made myself sick with worry in the week beforehand. Would I become dehydrated and faint? Would the dust destroy my camera and rob me of the chance to enjoy one of my favorite hobbies? Would I contract so-called “Playa Foot” and walk around with cracked open, painful heels all week? Would my anxiety flare up in the dark at night and leave me miserable? Wonderfully, none of the above happened. But funny enough, the thing that had the most negative effect on my trip was something that never even occurred to be – personal drama with some of my nearest and dearest.

I’m not sure if it’s sad or inspiring that some of the warmest moments of kindness shown to me on the playa were by total strangers, while I often felt deeply disconnected from the close friends that I traveled there with. I recount this not to cast blame or be hurtful, but just to be honest in my recounting of the experience and to try to process some of it through writing.

If there was one aspect I struggled with most greatly at Burning Man, it was this paradox – the entire event focuses on creating a strong and loving community, and yet at the same time there was a strong sense of a “you do you,” looking-out-for-number-one kind of attitude. I would hear someone go on about being kind and thoughtful and taking care of one another, and turn around and hear someone else extolling the virtues of “just doing what you have to do, and not caring about anyone else!” I really did struggle with this paradox of selflessness and selfishness – how can they possibly coexist? Are we supposed to live in a way that is thoughtful and generous to others, or to do what makes us happy without looking in the rearview mirror to see who’s left choking on the dust? 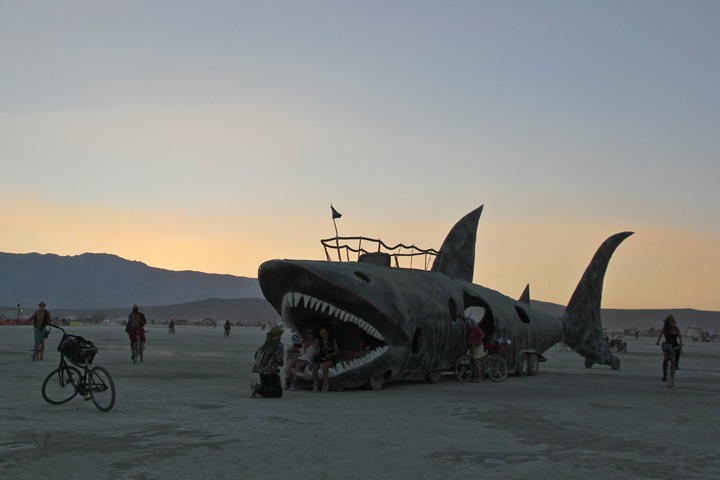 As I wrote previously, Burning Man helped me come to terms with something I’ve known in my heart for a long time – I need to slow down. I struggled at times to live in the moment and enjoy the beautiful chaos of what was going on around me. That sad fact proved it — I’m overstressed and over-stimulated. I pushed myself too hard this summer and didn’t give myself that recharge time I so desperately need. I’m working on learning to slow down and prepare for and process emotionally the events in my life. 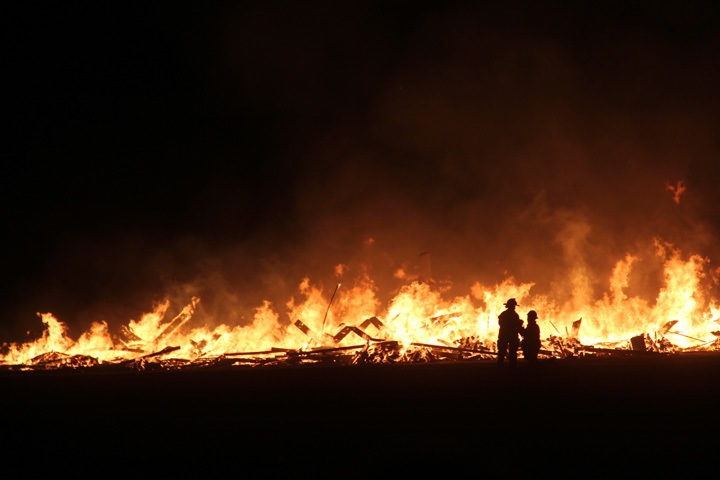 Not long after our arrival at Black Rock City, a friend gave me a cherished compliment. “Alex, you know what makes you happy, and you aren’t bothered if it’s different from what makes other people happy.” That is something I hold very dear, and I was so touched that he was able to recognize that in me. But for some reason, I felt that strongly held truth about myself wavering at Burning Man. Next time, I’m going to try to prove him right. 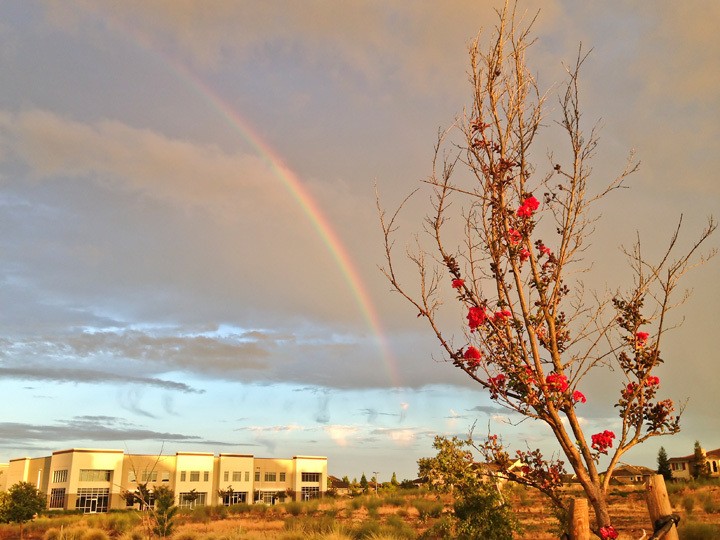 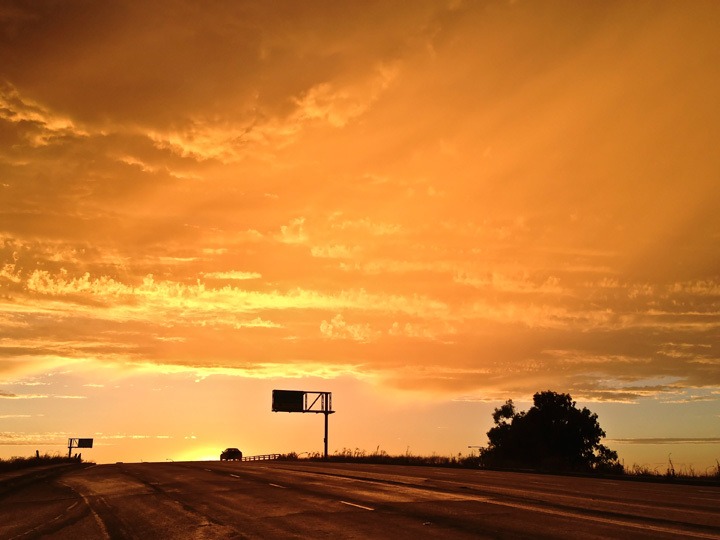 Learning to Surf in Oahu

Wishing I Was Home Today

The Great Escape: Months 62 and 63 Roundup

Inside My Bag: Peru Making a Home in Martha’s Vineyard
40 Comments...