In my previous Martha’s Vineyard posts, I’ve blabbed about Jawsfest, showed you around the East side, and revealed big news about my family’s future on the island! Today I’m back to show you around the West side of this 100 square mile island.

Our little road trip started out in Vineyard Haven, where we were staying. One thing I love about Martha’s Vineyard is the lack of chains and the loyalty to local businesses. So I couldn’t get over the quaintness of this local moving company’s hand painted signs and trucks. Ten minutes in the car, and I was back out again for a photography stop. 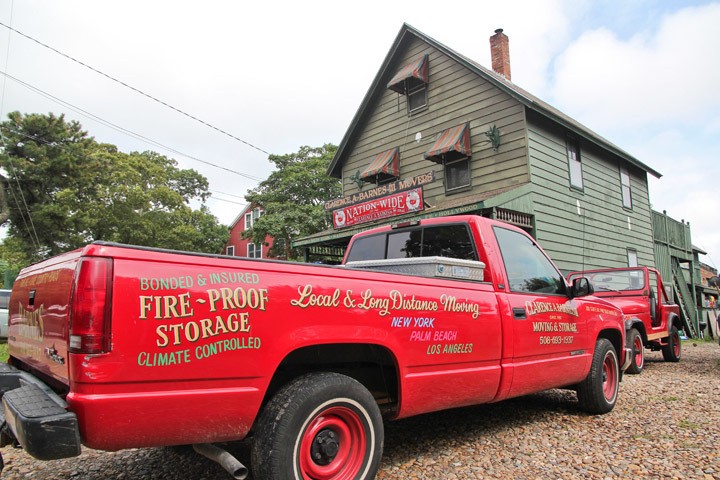 I love that this truck boasts direct service to Florida. So while Vineyard residents can hop on flights to Orlando, their stuff can be travel there in style in these adorable vans! 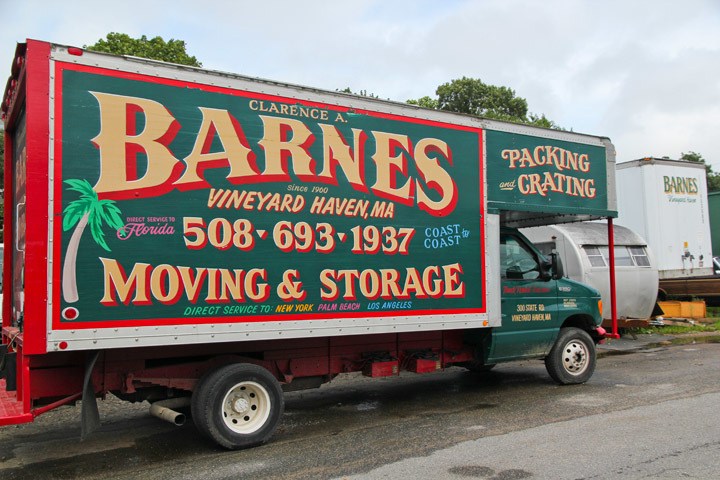 Heading into the town of West Tisbury feels like driving through rural farmland. In many ways, it is — this is the agricultural heart of the island. That’s not to say it’s devoid of art and culture, as demonstrated by the stunning gallery at Martha’s Vineyard Glassworks, one of my favorite island haunts. 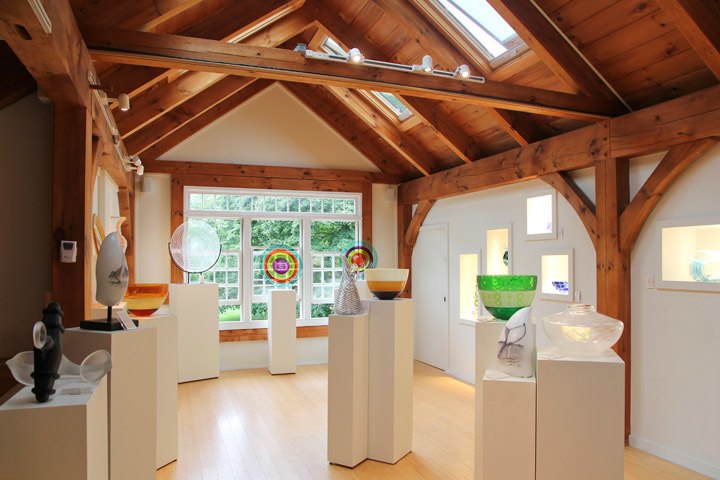 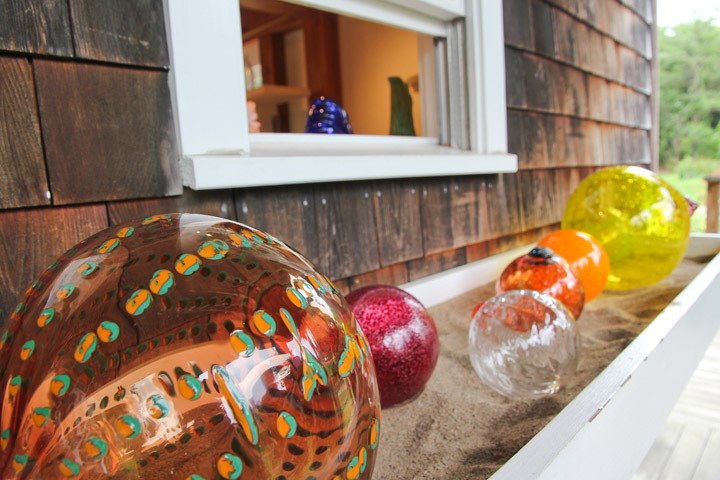 I many not be able to afford any of the art of jewelry in the beautiful display cases, but its free to wander around and to watch the masters at work. I’m fascinated by glass art and when I finally get around to making a Life List, taking a glass blowing course will be on it! 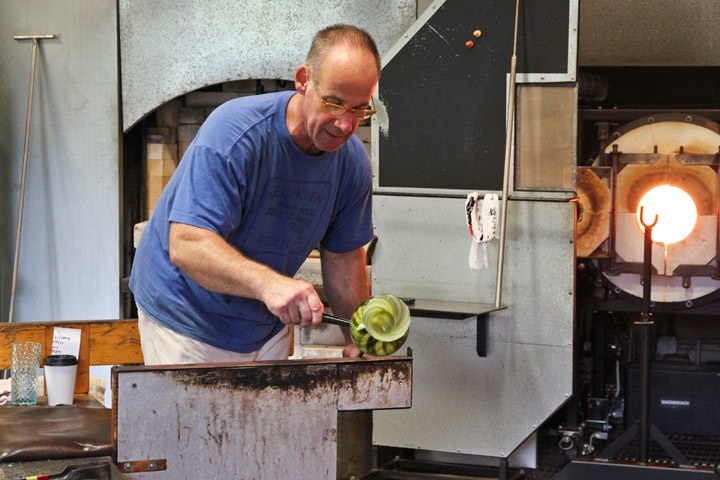 Our next stop was the graveyard. What, you don’t go hanging out in cemeteries when you travel? Well, in our defense we weren’t just wandering aimlessly — we were looking for Jim Belushi’s final resting place. 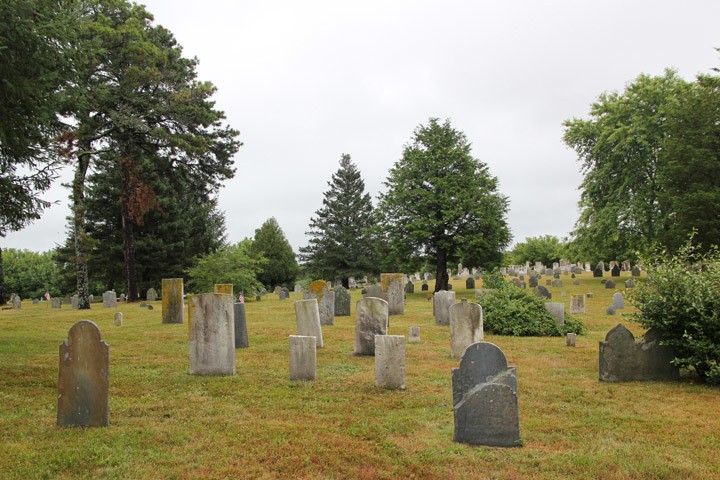 Instead, we found this chicken grave. I hadn’t heard of Nancy Luce previously, but I’m sure you can understand I was moved to learn more. Turns out Ms. Luce was a lonely, eccentric poet who loved nothing in life more than her chickens. An obsession that lives on posthumously, it seems. 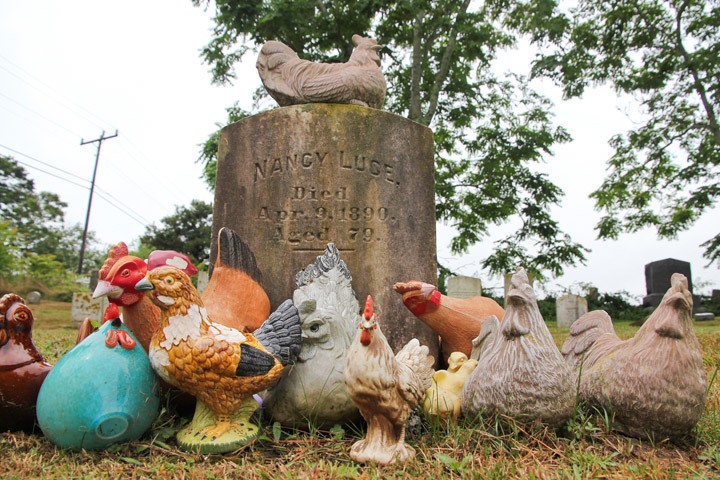 Back in the land of the living, we stopped in at West Tisbury’s Grange Hall for the weekly summer Artisan’s Festivals. Martha’s Vineyard hosts a huge number of art fairs and events throughout the summer, and so we’ve come to know and recognize some of our favorite island artists, and own pieces from many of them. There is a strong creative spirit and community on the island — just one of the reasons we love it so much. 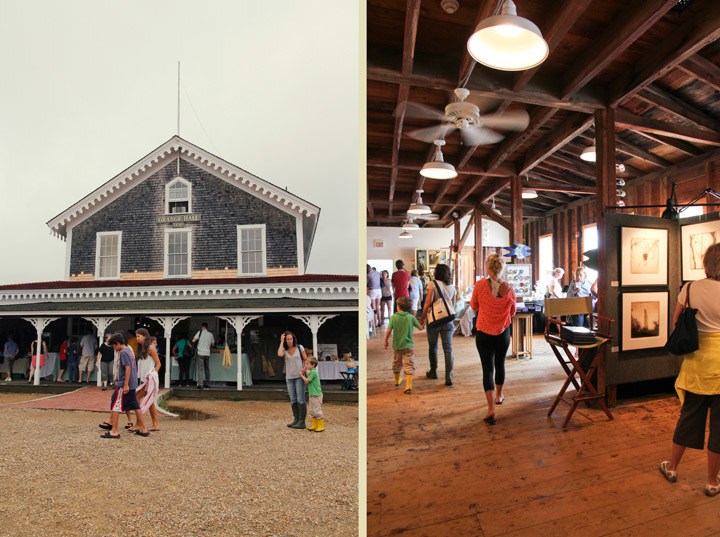 The island has hundreds of galleries, but one we always make a point to stop into is the Field Gallery, also in West Tisbury. With a huge sculpture garden, walls covered in paintings and displays of amazing mixed media pieces, I always find something inspiring here. 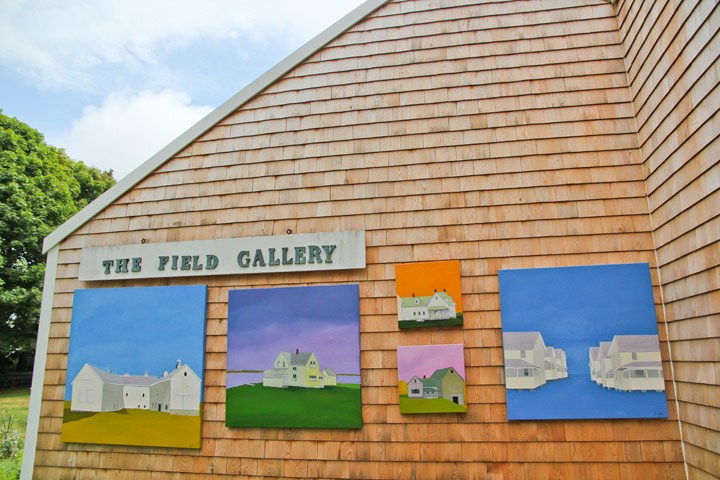 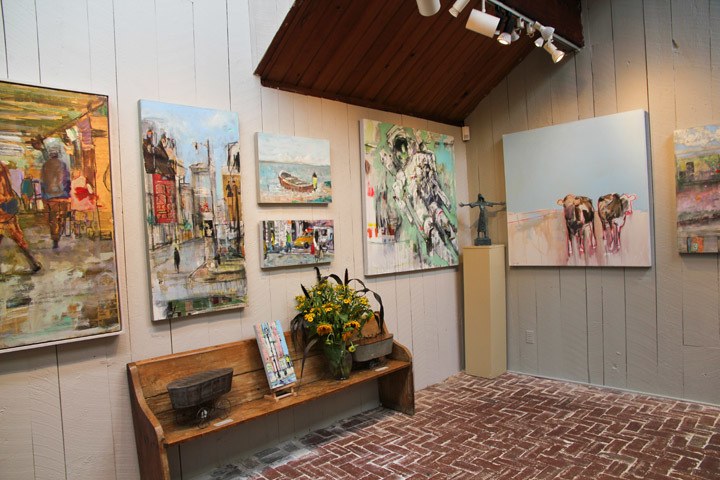 Last but certainly not least in West Tisbury is a requisite stop to local landmark Alley’s General Store. This place is truly a blast from the past. While the Wal-Marts of the word may have put small shops that sell everything from breakfast cereal to sand pails to dog collars out of business, this general store from 1858 is going strong. 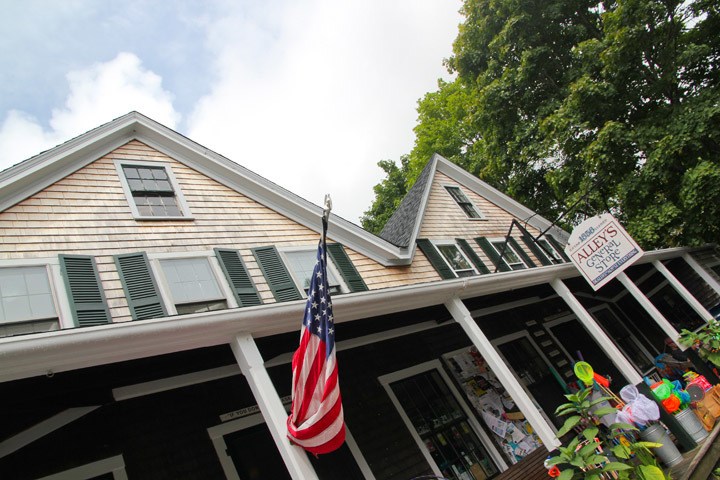 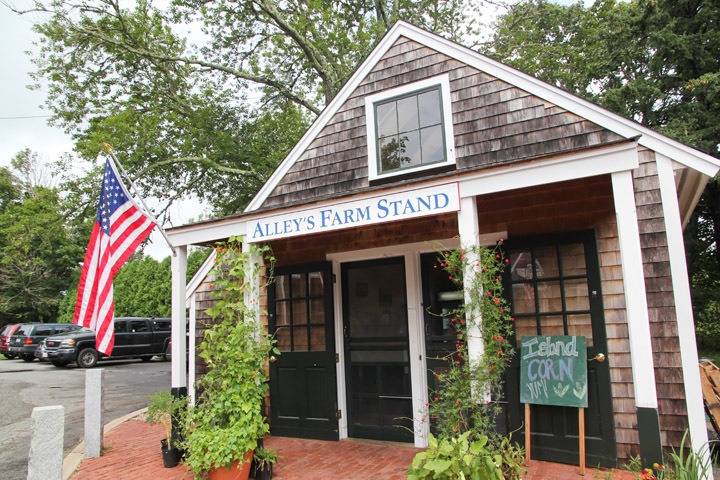 At the eastern tip of the island lie the blink-and-you’ll-miss-’em twin towns of Menemsha and Aquinnah. While I’ve used the adjective charming about a million times in these past few Martha’s Vineyard posts, this area wins the prize for quaintest of them all. The beaches are backed by red-sand cliffs, the houses covered in weather-word shingles, and the sunsets draw crowds from across the island. 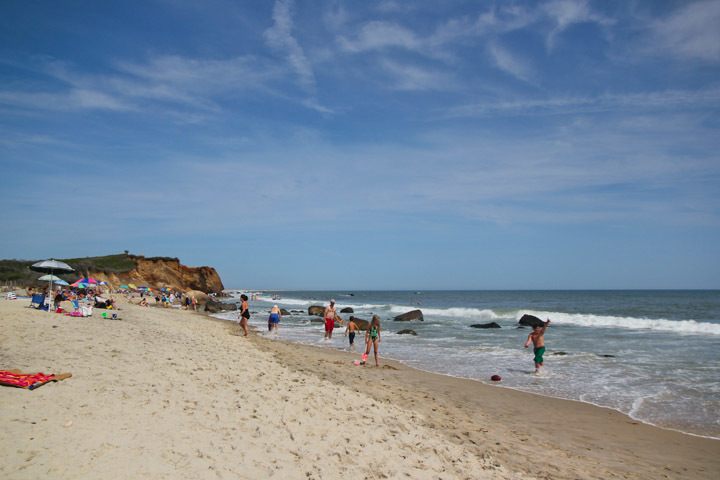 In Aquinnah, the main draw is lounging on the cliff-backed beaches and strolling up to the lighthouse viewpoint. Aquinnah is technically a Native American township, and life is decidedly slow-paced here. 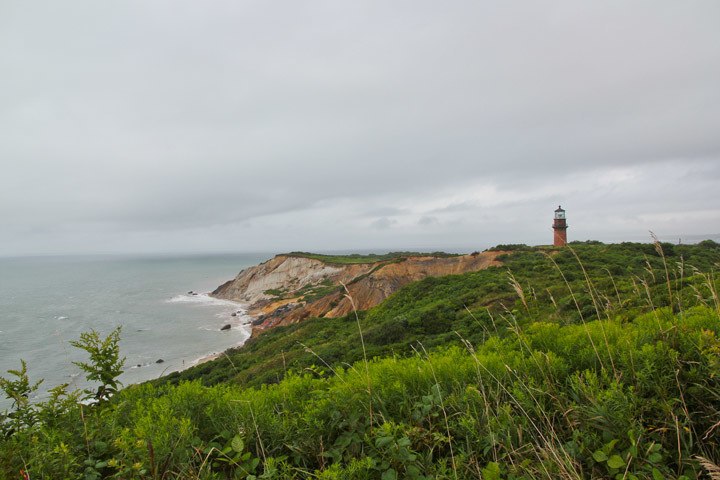 In Menemsha, things pick up — but not much. This is a working port town, where yachts vie for space in the harbor with small fishing boats. 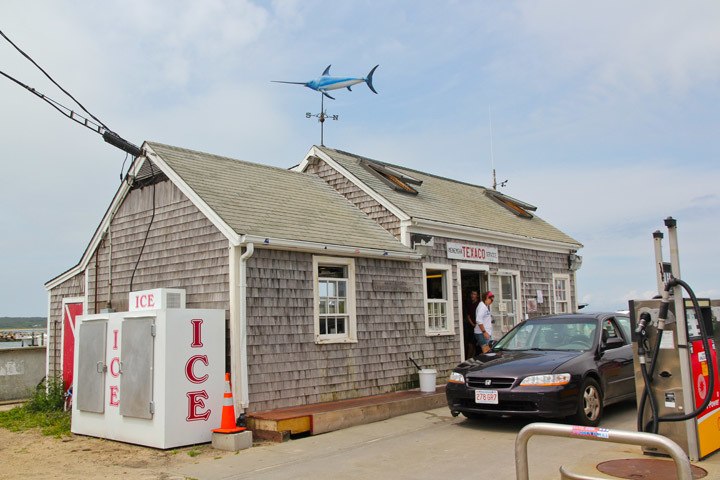 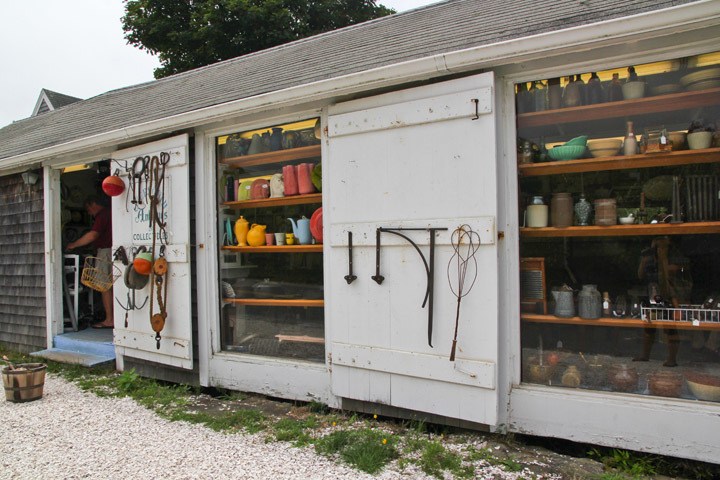 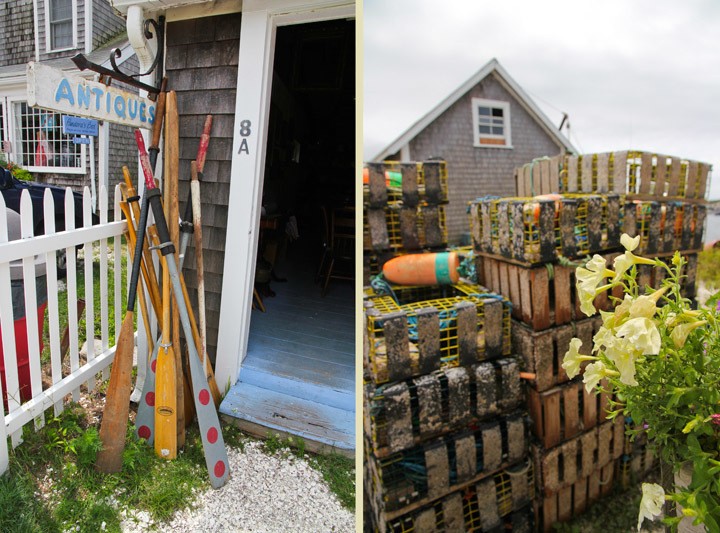 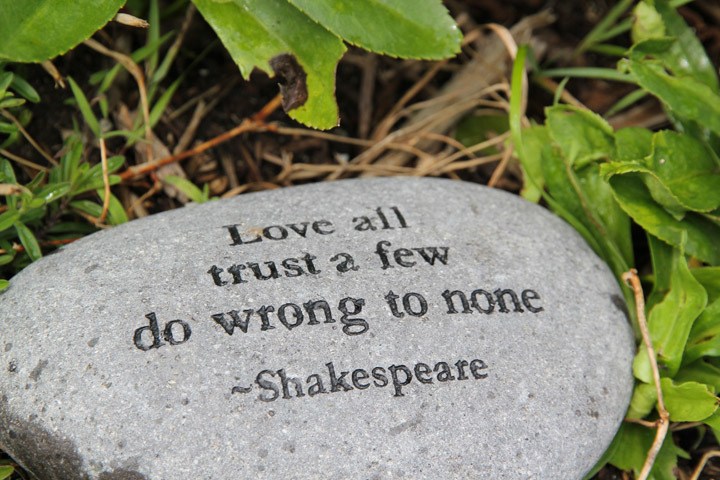 After strolling Menemsha main street’s whimsical shops, the most popular activity in the area is chowing down on seafood from local favorites like The Bite. 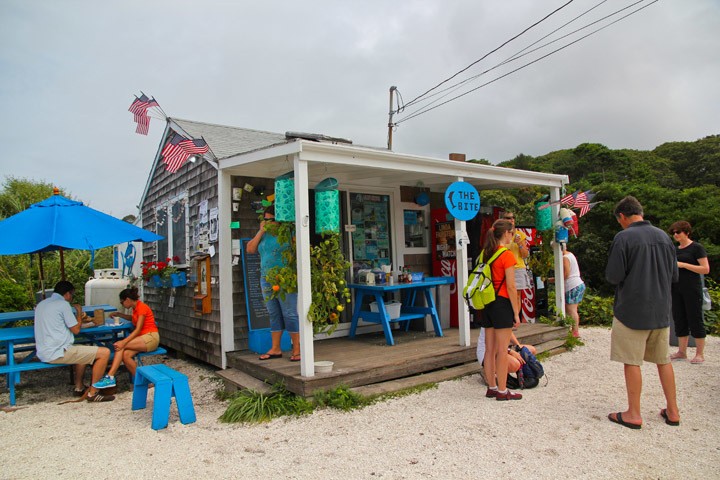 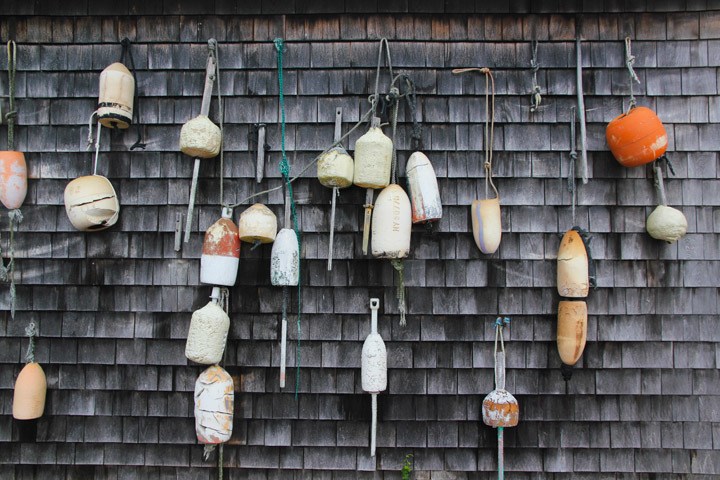 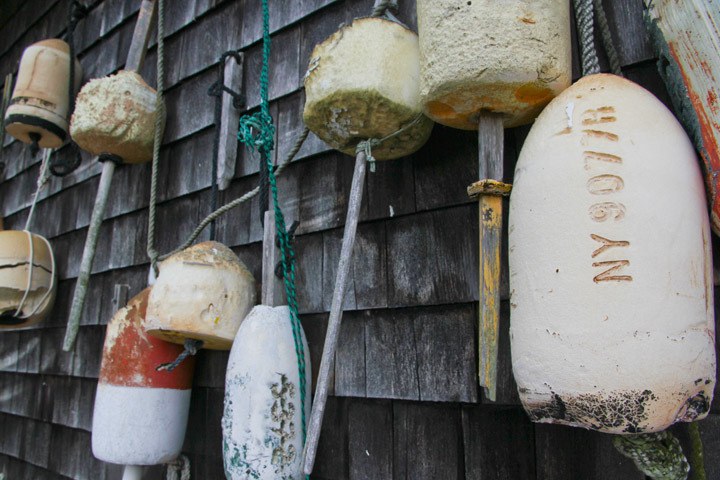 But of course, everyone is really only there for the grand finale — sunset on the beach. Crowds gather early and bring coolers of drinks and snacks, and the mood is jovial and fun. 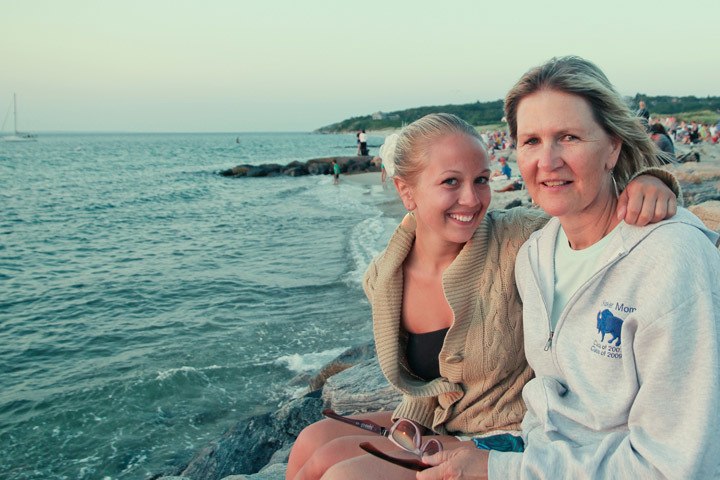 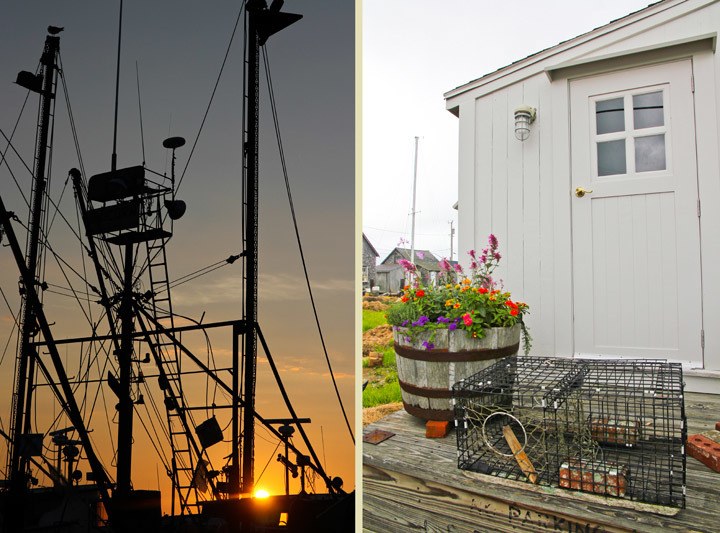 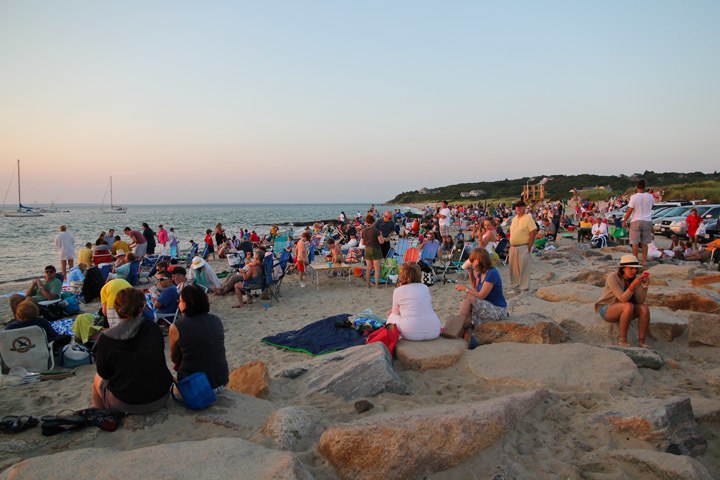 And as the sun sets on another day in Martha’s Vineyard — a place many would call paradise — the crowd breaks into applause. 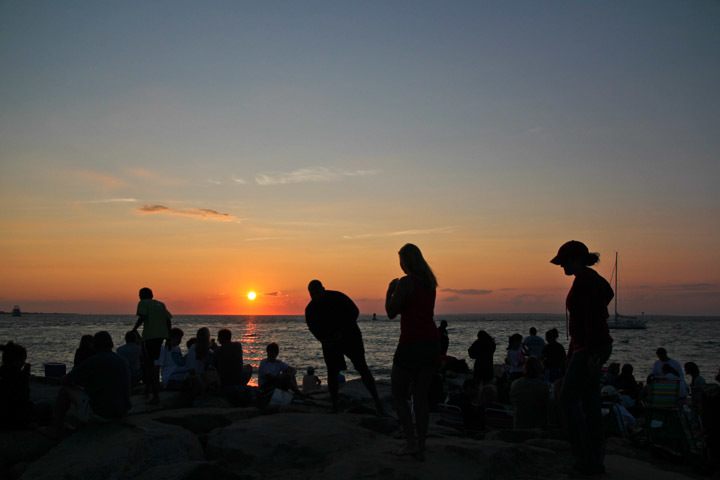 I was sad, as always, to leave the Vineyard. Still, even in my departure I had something to look forward to. My first plane ride off the island! I was leaving for another trip the very next day from New York City (tough life, right?) so I had researched a variety of routes from trains to buses to ferries. Unfortunately, as with anything to do with the Vineyard, there were no great deals. On a whim I decided to check flights, and wouldn’t you know it — I found a flight from Martha’s Vineyard to JFK for just $85 dollars. That was about the same price as a train, and I would save cash and get to see the island from the air for the first time ever!

When it was time to get on the tiny 13 row jet I started to have a few reservations, and I admit that I felt fear of flying for the first time in a decade. But it was worth it for the unbelievable views, which brought every map I’ve ever seen of the island straight to life. It was a stark contrast to the densely population other island (Manhattan!) that I would land on less than an hour later. 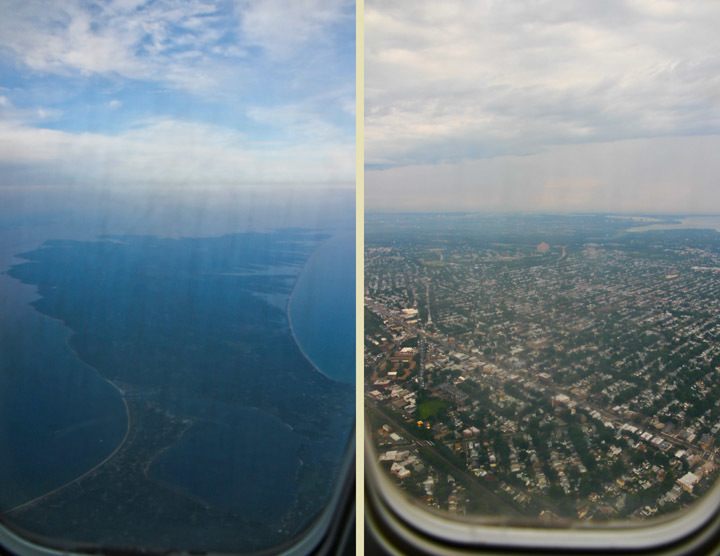 The Great Escape: Months 49 and 50 Roundup

Where to Eat on Martha’s Vineyard

Surviving a Blog Hack Photo of the Week 71
10 Comments...