One might think learning to rock climb would be enough accomplishment for a week in Railay. But if you know me you know that if there is an adventure to be had, I’m going to have it. Unless said adventure involved eating bugs. In that case, I’ll meet you at the after party.

But deep water soloing? There’s something I could get involved in. 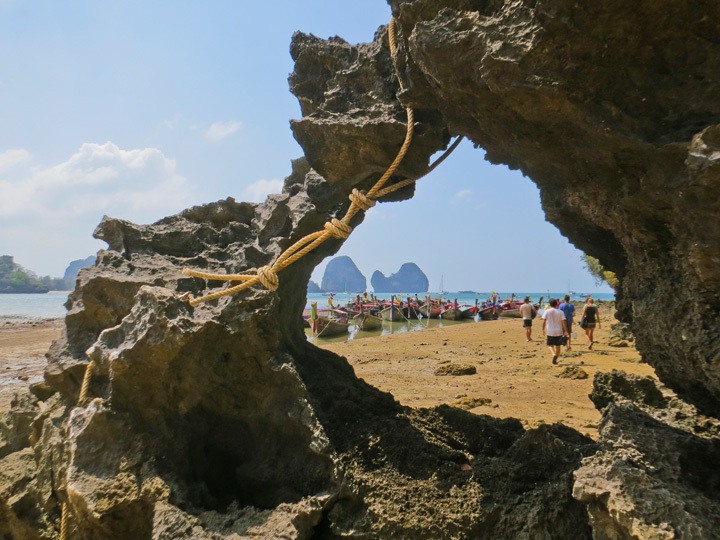 I know what you’re thinking — deep water whating? DWS is a form of rock climbing in which no harnesses, ropes, or anchors are used. Instead, it is practiced on sea cliffs backed by deep water, which protects climbers from both intentional jumps and unintentional falls. This is a relatively new sport but is already much buzzed about as a must-try on the famed Southeast Asia backpacker circuit.

And it’s hard to imagine a more idyllic setting for it than Railay. 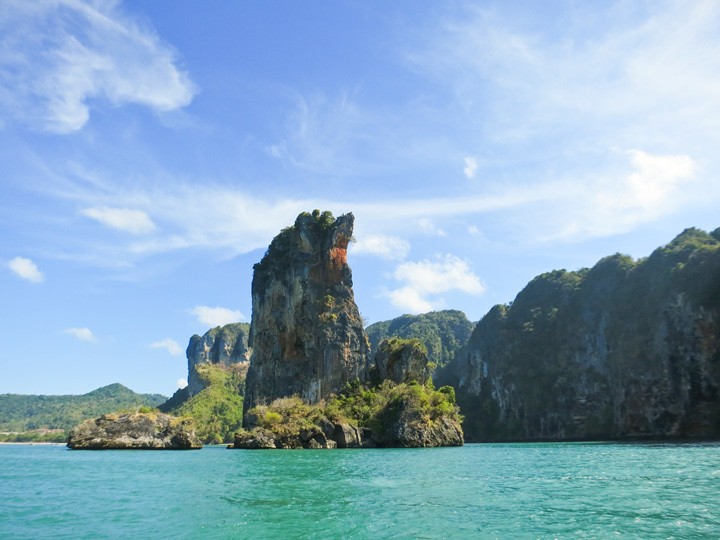 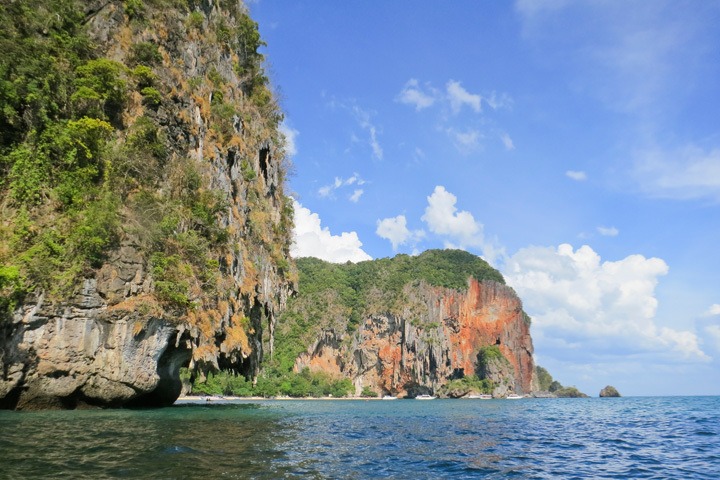 Our climbing school, Basecamp Tonsai, advertised full day 5-6 hour DWS trips for 700 baht ($25). We met with our group at the shop in the morning, then set off on the boat for a day of adrenaline-shooting fun. When we arrived at the first stop the mute guide (who I would later realize spoke no English whatsoever) handed us a laminated photo of the rock wall with MS-paint style drawings of the different climbing routes layered over it.

Let’s do this thing! 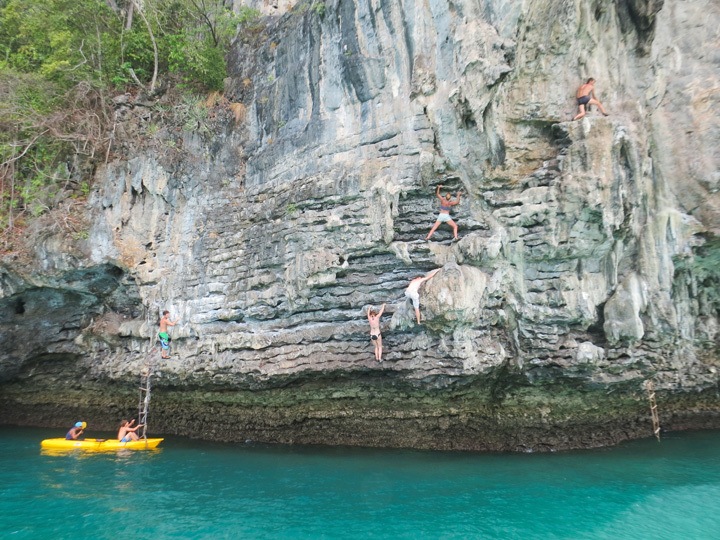 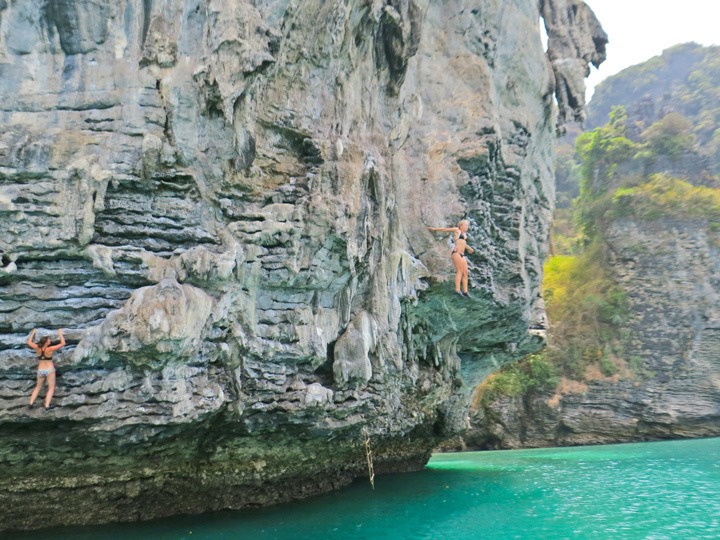 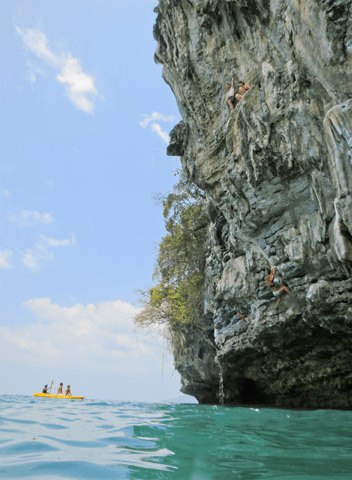 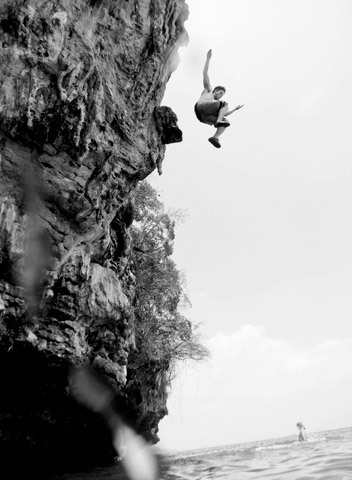 We spent the morning on that wall, tackling harder climbs for each pass. The feeling off climbing with no harnesses or safety equipment was a pretty big adrenaline rush in itself… and then when you reached the top, it was time to jump! I couldn’t complete the most challenging climbs but I did jump from the highest spot. I loved it!

At lunch time we parked our longtail in a quiet bay where we could snorkel, kayak, or snooze. I chose the latter. One thing I really liked about Basecamp was that they bucked the Southeast Asia Styrofoam trend and went for reusable containers for our lunches. I always make a point to thank companies who do this! 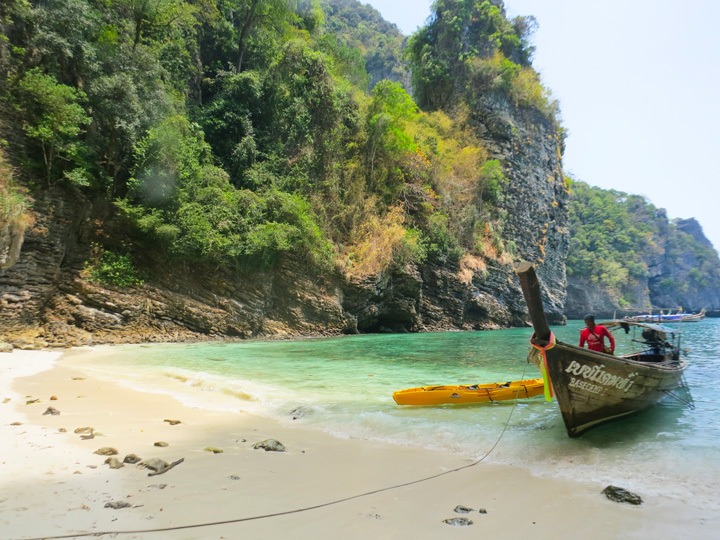 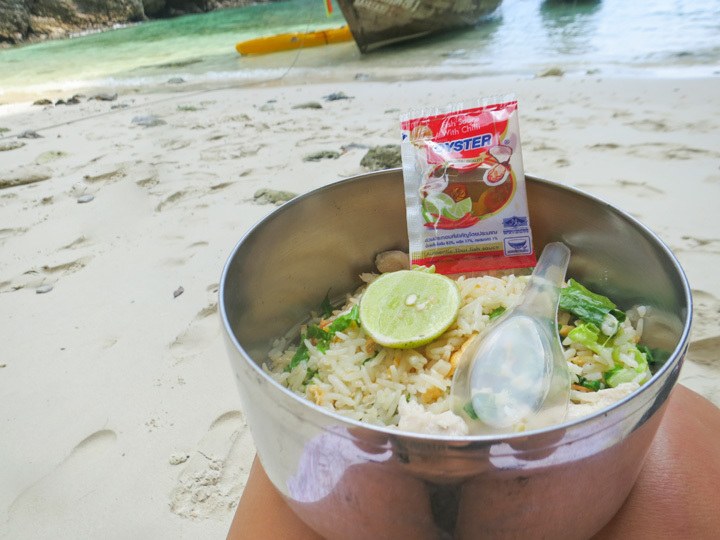 For the afternoon, we headed to a new sea cliff — and this one was much bigger and more intimidating. I decided to relax on the boat and watch a few others go first. There were many strong climbers in the group and a few of them made it to the highest point with ease. I’m horrible at estimation but I would think it was at least 100 feet. We waited on pins and needles for ages for one of them to get the courage to jump, and finally a German girl stood up and flung herself off. She hit the water awkwardly and I knew something was wrong immediately. When she came up for air she was crying out in pain and the guide kayaked over to her and quickly helped her on.

After that I was pretty much done with the deep water soloing. 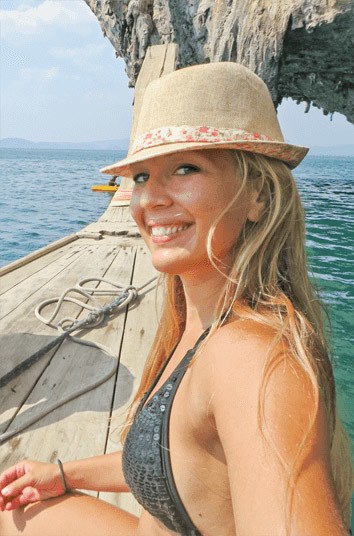 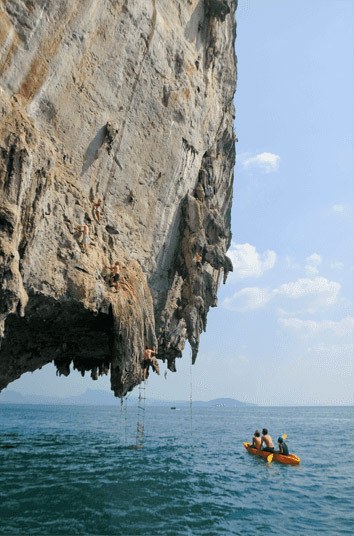 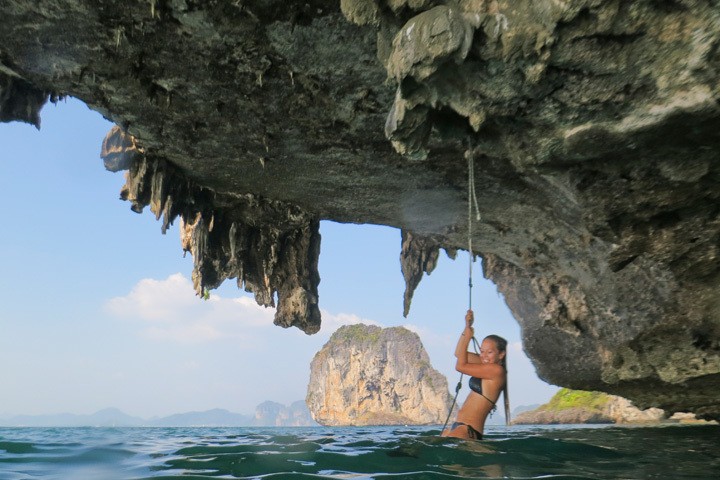 I did play around on the ropes a bit but once someone gets hurt, that suspension of reality is broken and it was just too much. I emailed with the girl later and she told me while she was in pain for a few days, she did eventually make a full recovery. That aside, I had a great day and I would recommend others to do the same trip, but just remember to be true to their own comfort level. 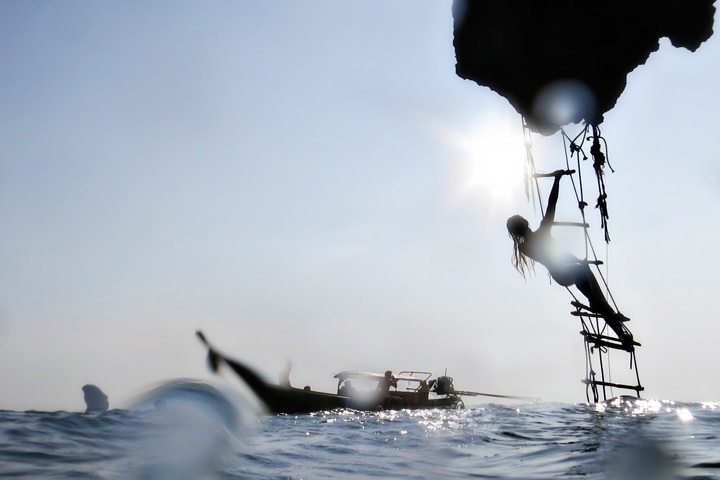 Have you ever tried Deep Water Soloing? Would you?