Hike Your Heart Out Koh Tao: The Dusit Buncha Trail

I’d heard the rumors: there was a deep jungle trail that connected the northern tip of the island’s main road to around the backside of my favorite Koh Tao viewpoint. If you look at a map, there’s nothing between the two aside from hills and jungle. I couldn’t find anyone who’d actually done it, just those who knew someone who had and wanted to.

It took two different hikes — expeditions would be a more appropriate word, really! — before I found the correct route to connect the two areas. This is undoubtedly the most beautiful hike I’ve found on Koh Tao in terms of canopy and foliage, however, it’s also the most uncertain and difficult to find and follow. I’m actually surprised it took only two attempts.

I can’t describe what a sense of accomplishment we felt when we realized we’d made it! If you decide to attempt the same, please proceed with extreme caution and heed all warnings contained in this post. 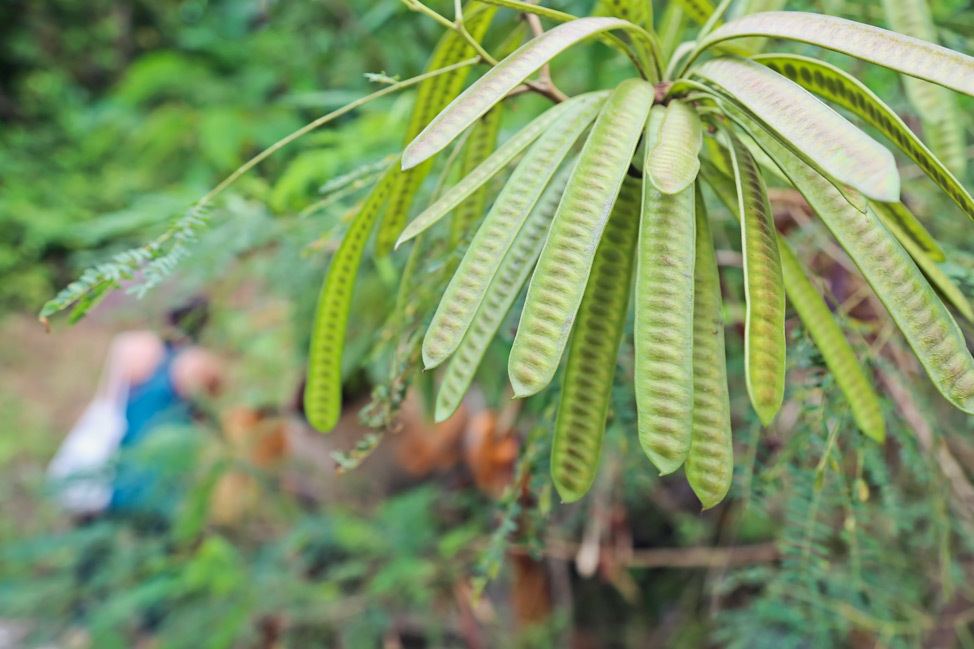 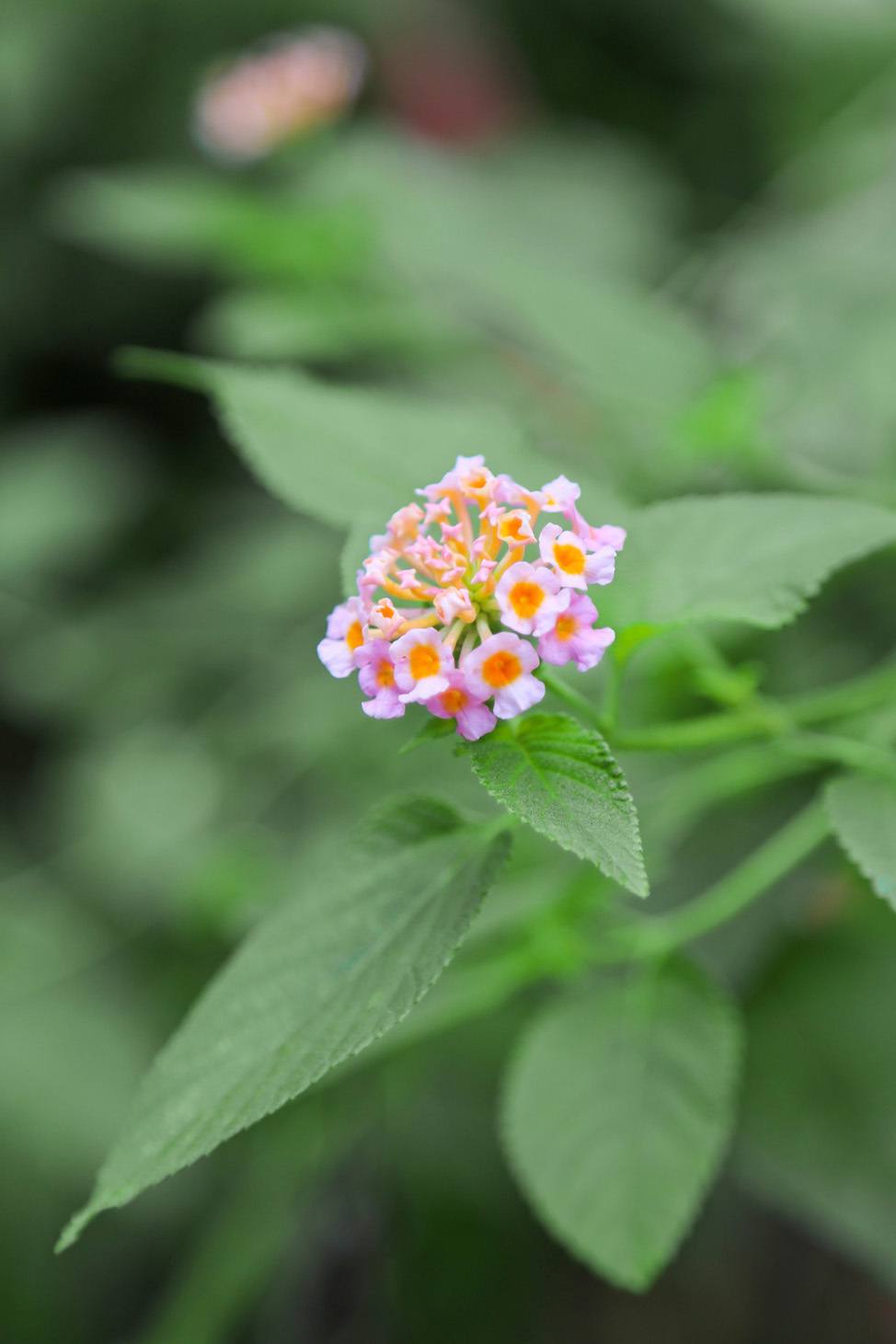 Start Location: Dusit Bunch Resort, at the end of the road north of Sairee. In fact, this hike is named after it! You’ll be able to find the resort on  Google Maps or on various Koh Tao maps around the island. If you’re walking here, no problem; if you’re driving, I strongly recommend leaving one bike closer to the end of the hike and bike-pooling up to the start (this is not a trail to hike alone). Otherwise it will be a very long slog through town at the end of an already lengthy trail. 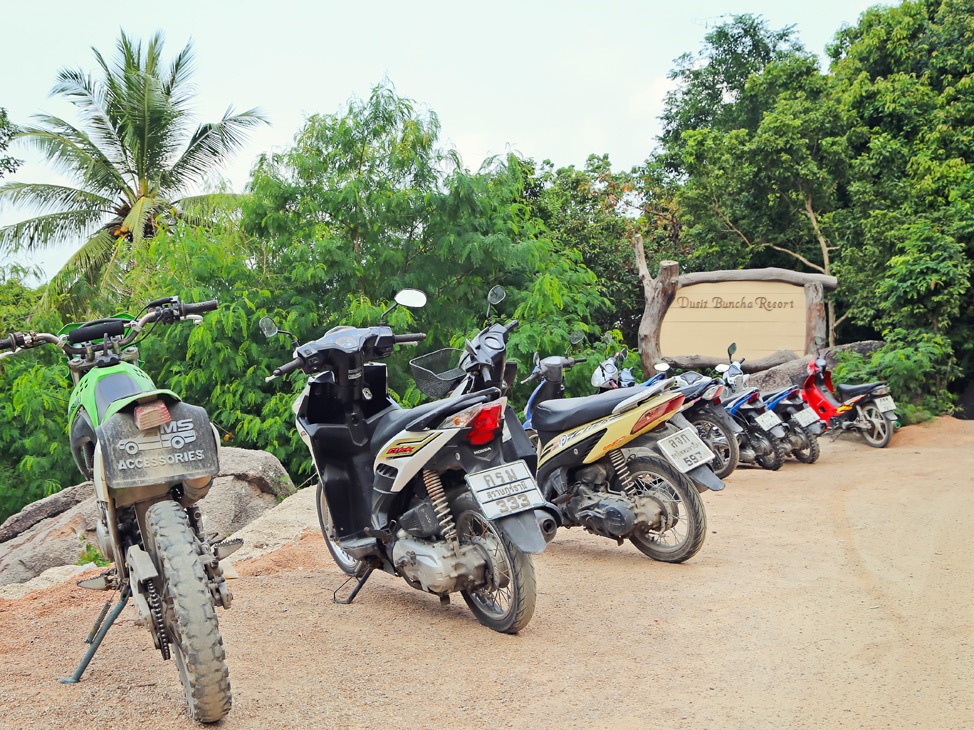 So park at Dusit Buncha, but don’t enter the resort. Instead, walk back a few steps from the direction you just drove from. You’ll find a road leading away from the ocean into the jungle with an “ATV no entry” sign. This is the start of the trail. 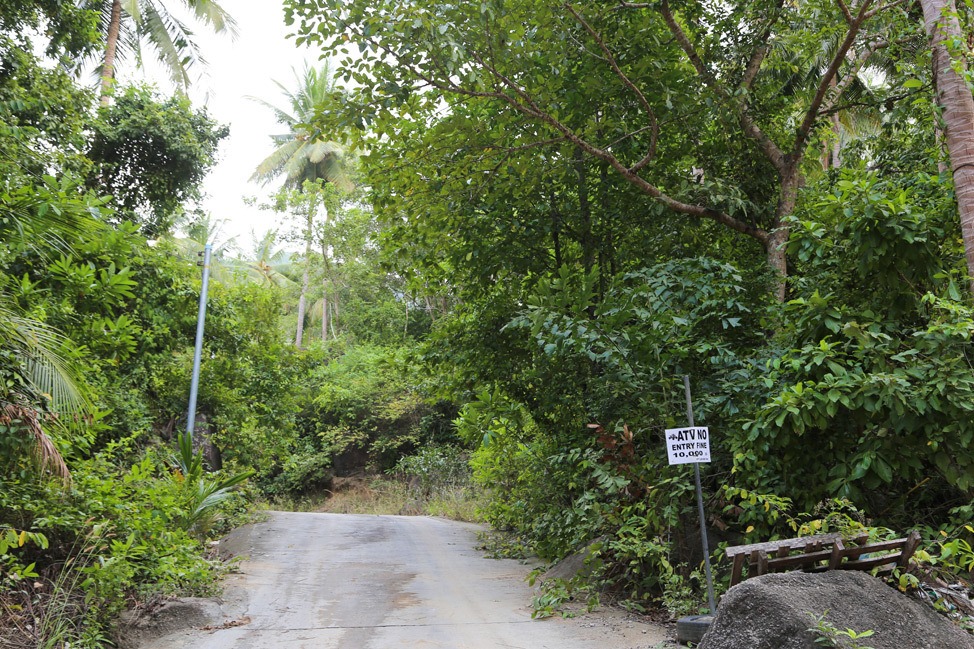 The trail will quickly become a curving but incredibly steep uphill road. You’ll pass a few water tanks and buildings associated with the resort, but those will soon give way to nothing but jungle and the shattered evidence of motorbike accidents from drivers foolish enough to take on the sheer ascent by bike. It’s the steepest road I’ve found on the island. 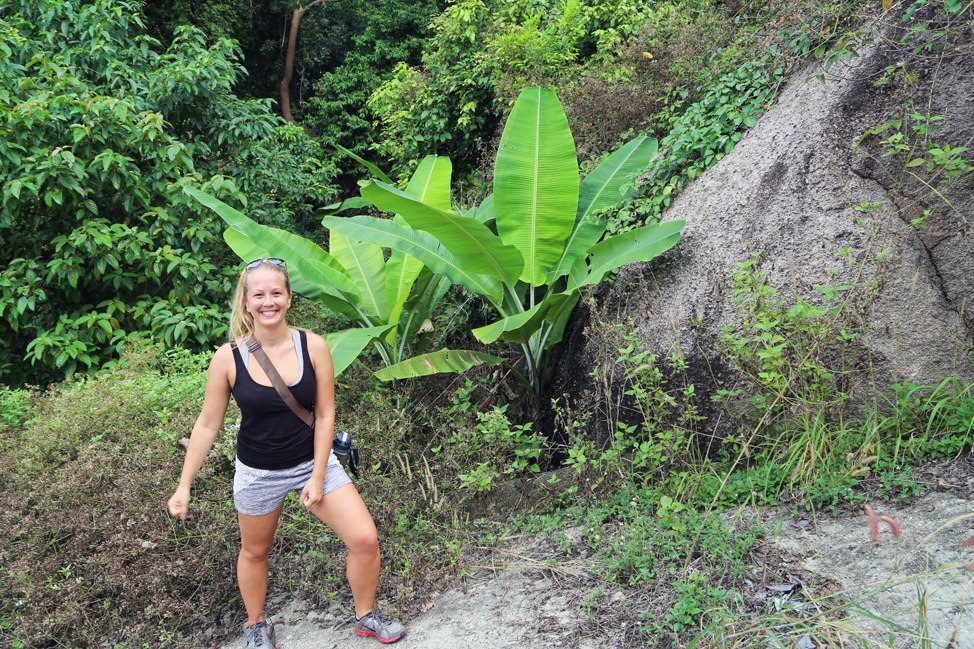 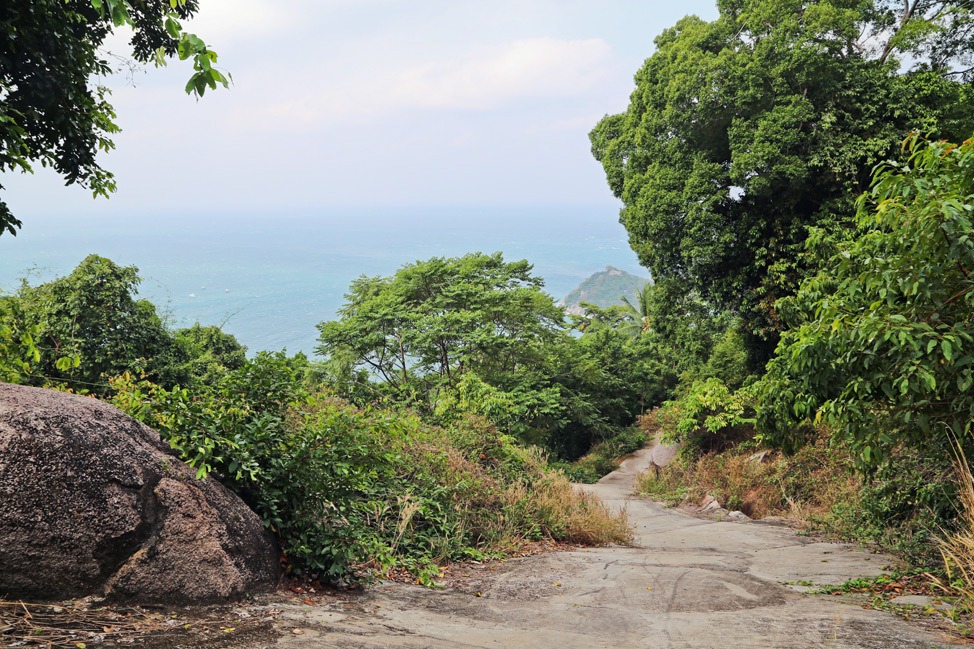 After about thirty minutes (it feels longer!) the trail will level out slightly and turn to dirt, and you’ll hit a fork in the trail, not long after passing a rock painted with an eye. I thought this might signify a viewpoint and was baffled never to find one; I’m not sure if there was one once and it grew over or the painting signifies something else but suffice it to say there’s no viewpoint coming up anytime soon after that painting! 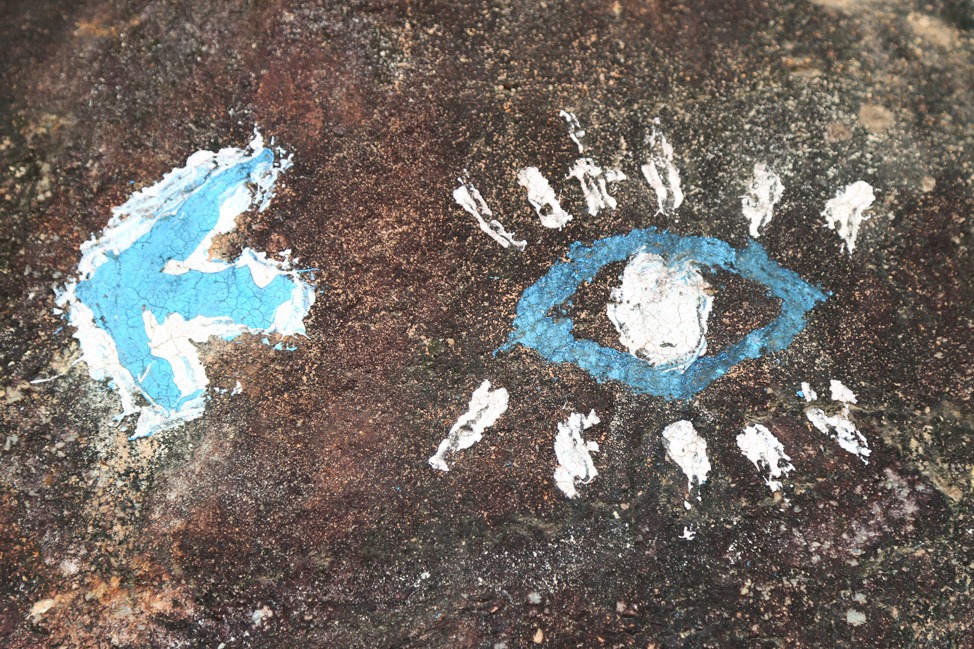 At the first fork, turn right. The first time I attempted this hike, we turned left and after about half an hour of whacking through the jungle, we hit a serious dead-end and turned around back to the start. If you have the time and want to explore, it is an interesting path — but it will eventually become impassable without a machete. The second time I attempted this hike, we headed right at the fork. The jungle turned dense and enormous, like we were walking through a Jurassic Park set! But we were on the right path. After about five minutes, we hit a second fork. This one, we took a left at, based solely on intuition. Now you are in deep, deep jungle — the deepest I’ve found on the island.

After fifteen more minutes, you’ll open into a clearing and hit a third fork. Go left again. (We originally made a wrong turn to the right; it goes nowhere.) We were startled to see a few motorbikes and Burmese workers burning trees, but we knew we were on the right track since they certainly hadn’t come from where we had! 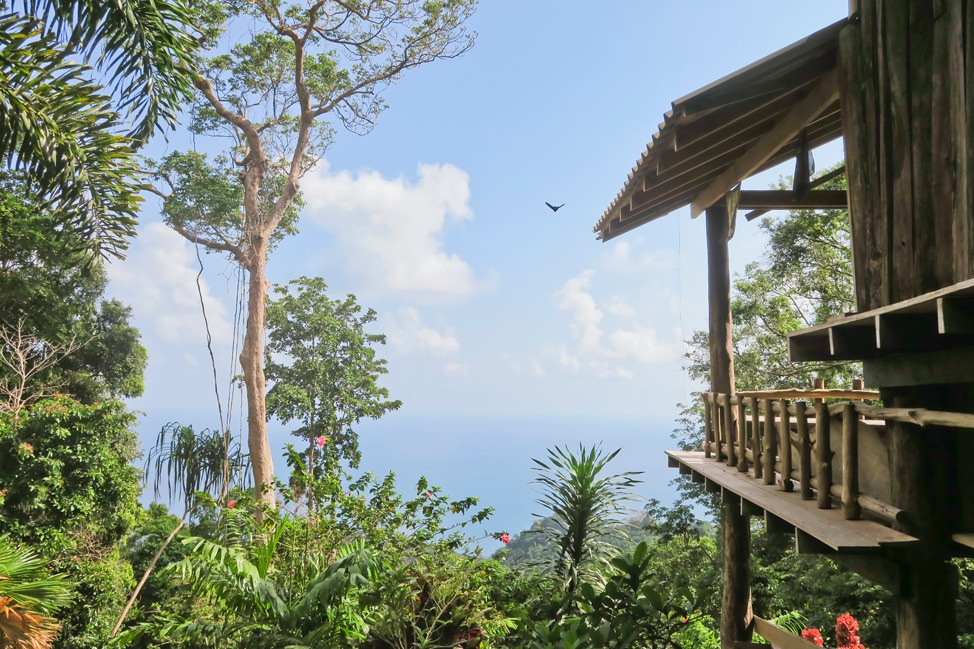 After about ten minutes, you’ll pass an abandoned house on your left (shown above). Keep going. In ten more minutes, you’ll hit a road, though you’ll have to pass under a gate with a “no trespassing” sign in Thai to reach it (it’s facing in the other direction, and we were met with a bewildered laugh by the family that owns Mango Viewpoint when we passed through from the back.) Congratulations! Take a right and you’re at the right-side viewpoint at Mango Viewpoint. Here, we stopped for a fresh coconut and a chat with the owner about the route we’d taken to get there. He congratulated us and told us we made great time. He also warned that the route changes from year to year as the rains reshape the jungle, so again, I can’t overemphasize caution enough.

From Mango Viewpoint down to Living Juices it’s about forty five minutes. Factor in more time if you have to return to the start of the hike at Dusit Buncha (hence my recommendation to park one bike closer to the end of the trail.) 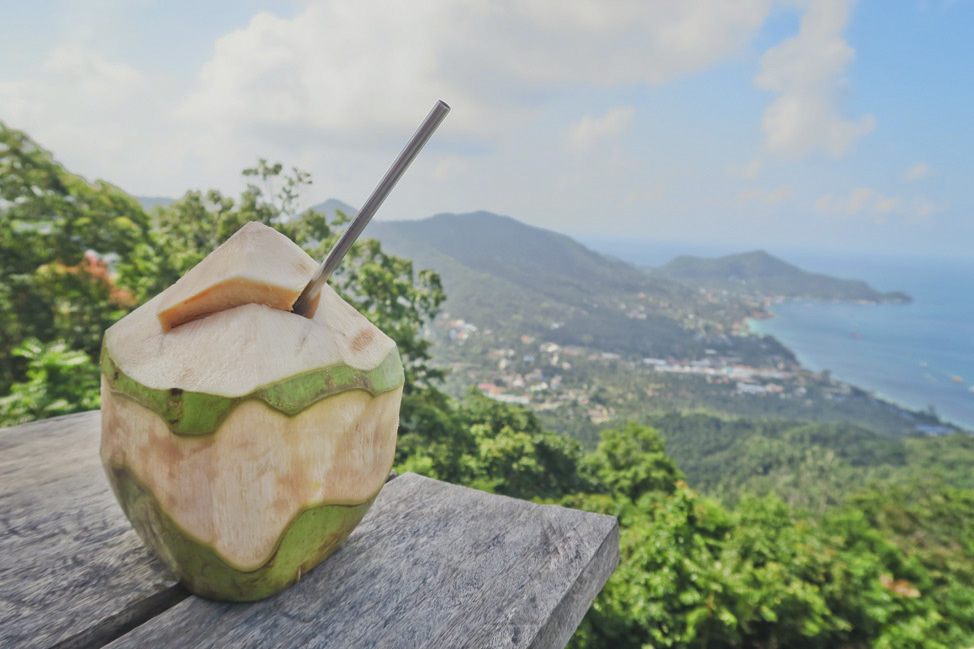 The first time I attempted this hike (and didn’t make it!) it took me an hour and forty five minutes. The second time I attempted the hike (and made it!) it took two hours and fifteen minutes, not including a thirty minute stop at Mango to relax, toast to our victory, and enjoy a fresh coconut, and twenty minutes lost on wrong turns that I subtracted from the final total.

Estimate that in total this will take at least three hours of your day between parking, trekking, getting lost, and enjoying a well-deserved drink at Mango Viewpoint. 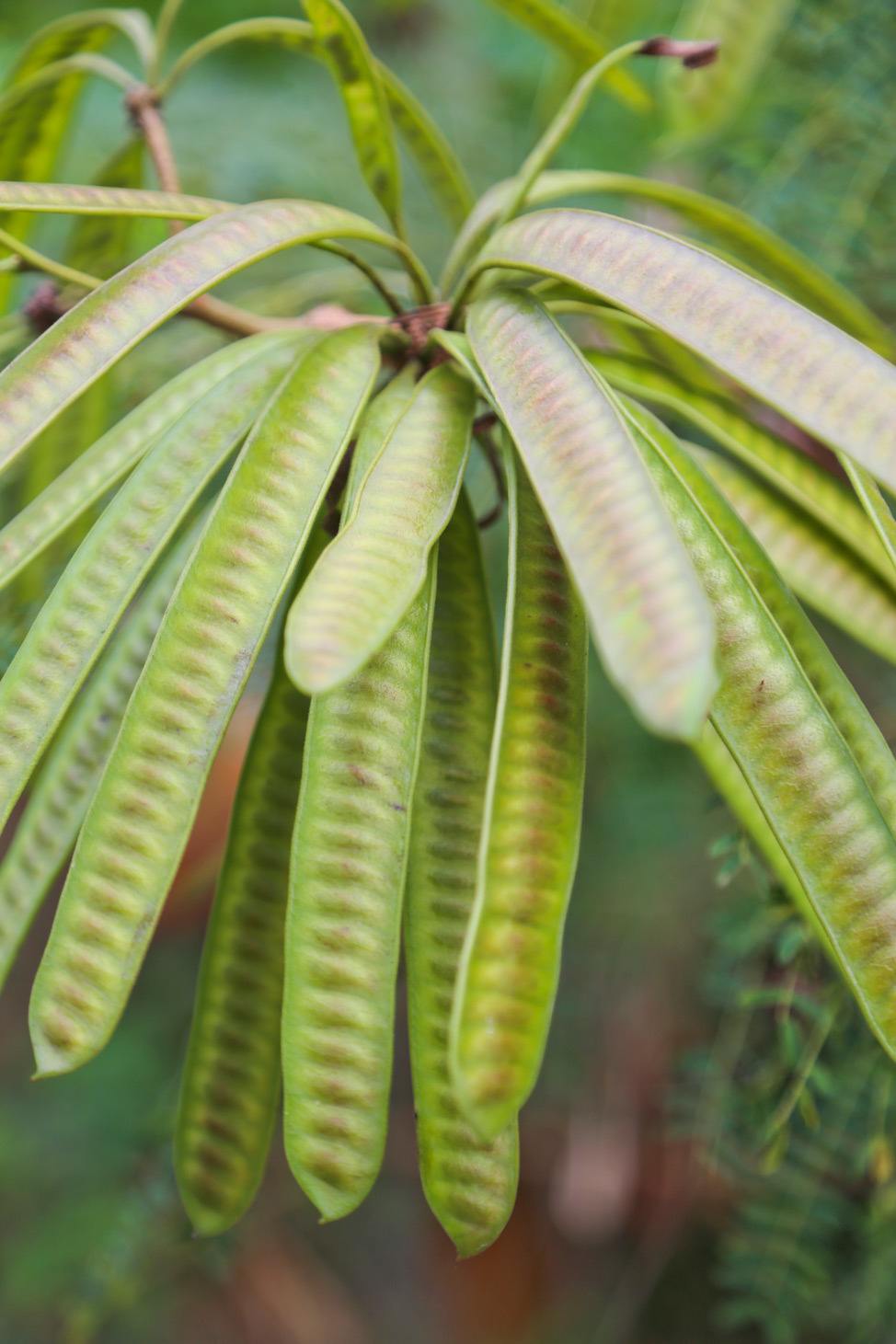 5 out of 5. This is one of the longest hikes you can do on Koh Tao and path is very unclear. The first stretch is incredibly steep. It requires a good sense of humor and a taste for adventure to undertake. 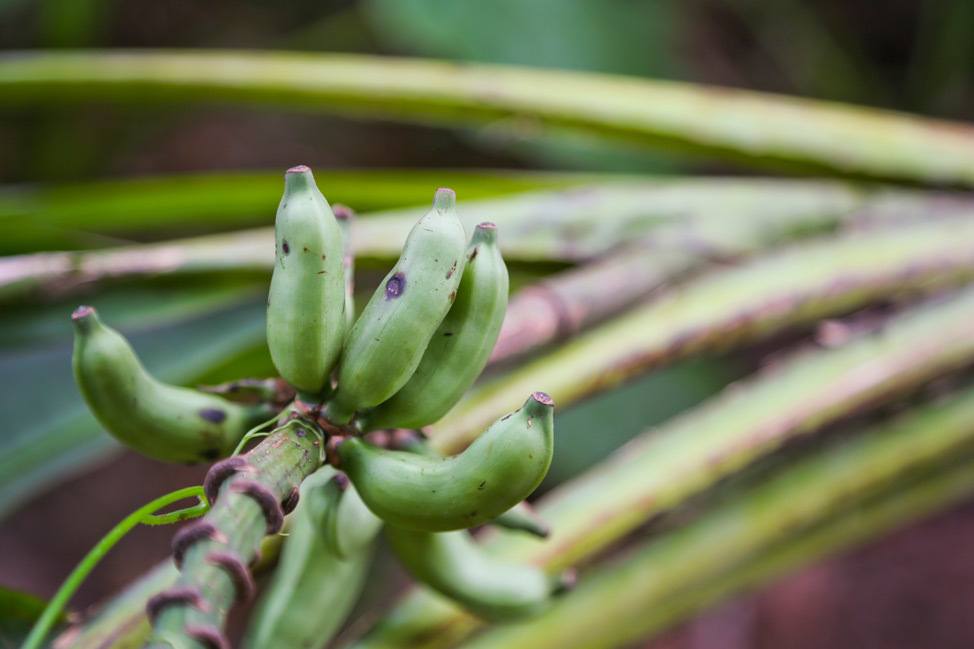 There is a 100B entrance fee to Mango Viewpoint that you will have to pay if you decide to enter (and you’ll want to after coming all this way!) 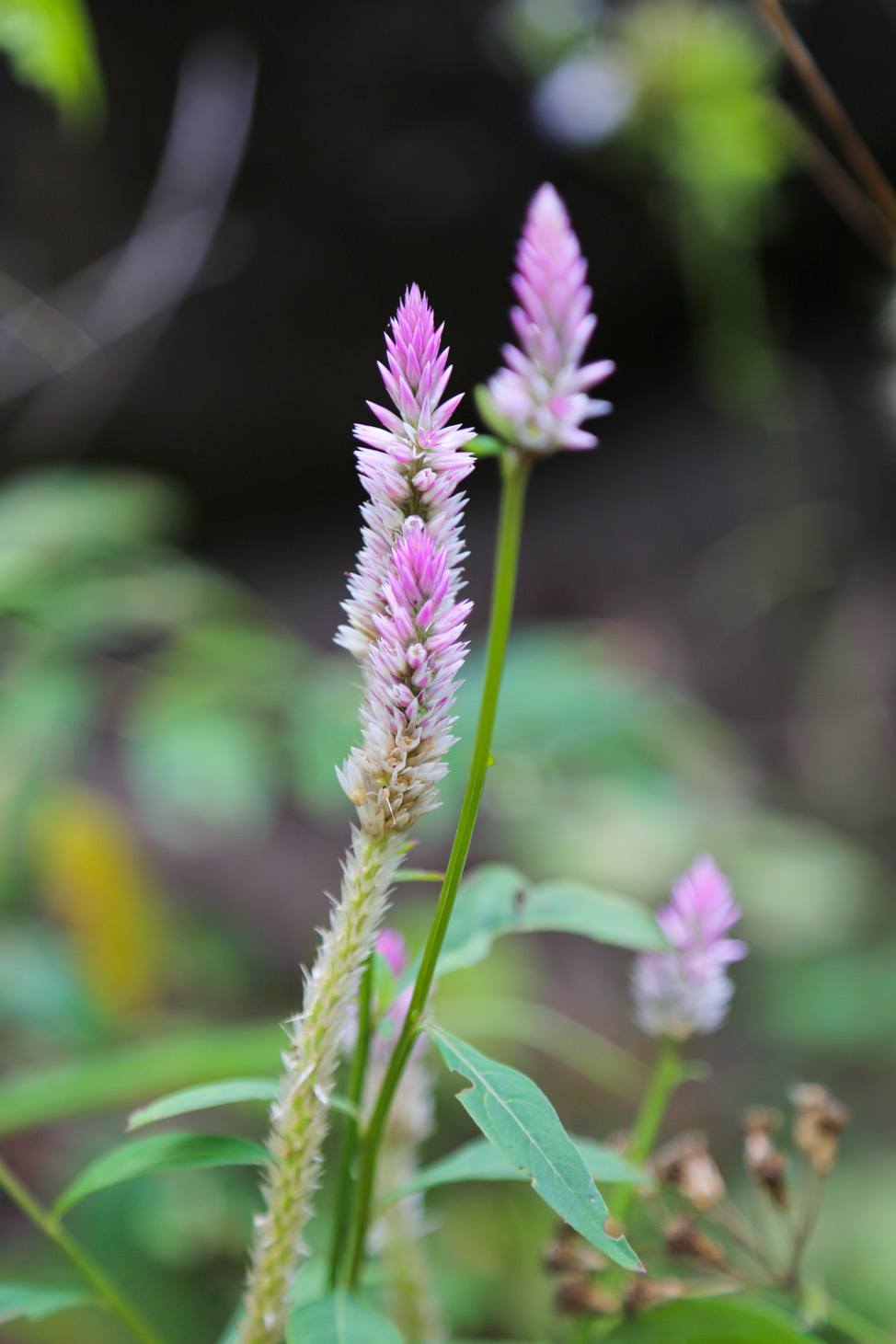 Check your hostel, ask your dive crew, or check out Hiking on Koh Tao, an open Facebook group where you can ask questions, look for hiking groups, and share your hiking experiences.

Once again, I feel the need to emphasize that this is an unmarked, backroads route and not to be taken lightly! You will likely lose cell service for most of the trail, but program Koh Tao Rescue’s number (+66 0879790191) into your phone regardless. Do not hike alone, and let someone know where you are going and when you expect to return. Bring an excessive amount of water. 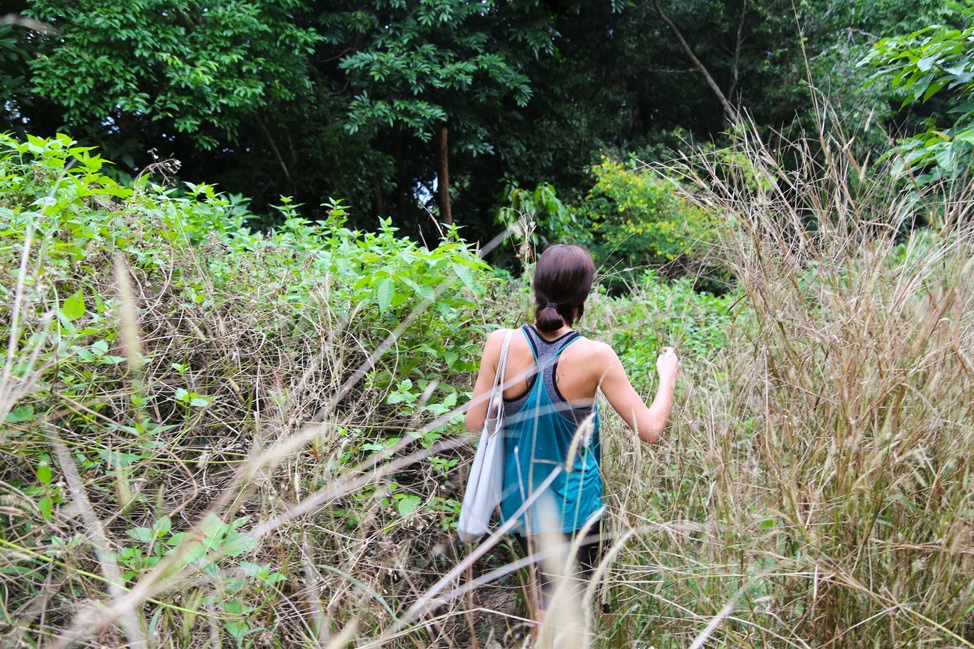 Other Hikes in This Series 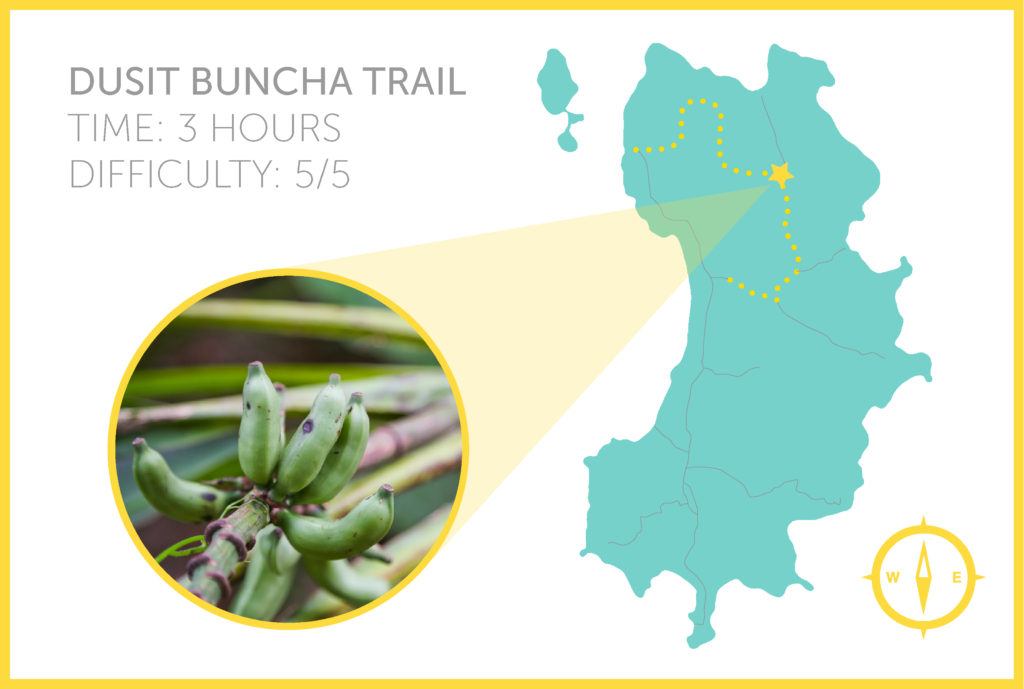 Have you been hiking on Koh Tao? What’s your favorite route?

Is Koh Tao Safe for Travelers? A Weekend of Beachfront Charm on Koh Phangan
24 Comments...