Feeding My Mother to Stingrays: My Mom’s Week in Cayman

There’s no way I was going to let my own mother come to Grand Cayman and not kiss a stingray. From the moment she booked her ticket down to the island for a week alongside one of her best friends, it was the one thing I knew we would do.  Stingray City is one of Grand Cayman’s biggest attractions, as well as being where I work a few days a week!

I’m lucky in that I think the company I work for runs the best trip in Grand Cayman, so the decision of where to bring people coming to visit has been easy. It’s a small boat, and we leave super early (8am is early when you’re on vacation!) to beat the hordes of cruise ship crowds. 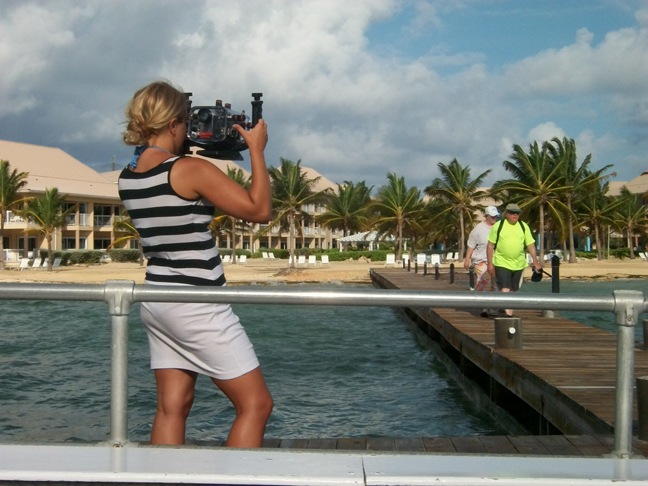 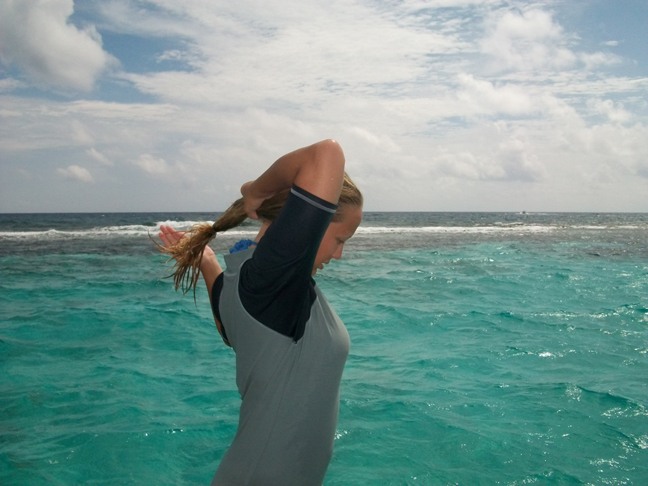 We start out with a boat ride out to the sandbar, then disembark for the first stop, Stingray City. Here you can pet, feed, hold and kiss wild stingrays while I get it all on video. The stingrays can be a bit bold and are always knocking me over when I have the camera in hand! My mom was absolutely terrified and it took some goading but by the end of the trip she gave one a big kiss! You know that song, “I Saw Mommy Kissing Santa Clause?” I might have to write one about southern stingrays. That’s seven years good luck and I’ve got the proof. 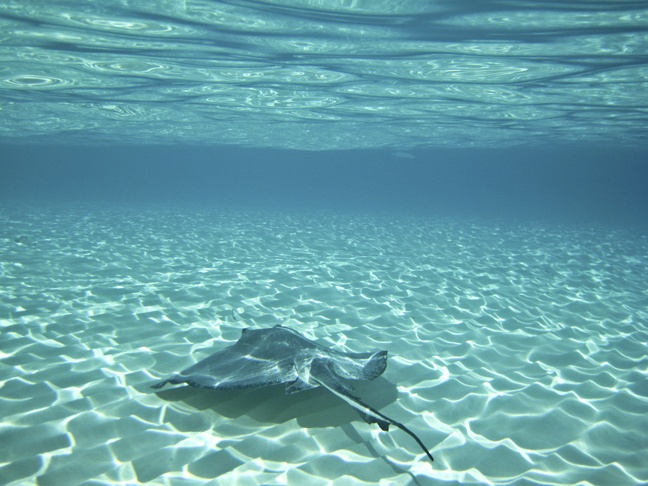 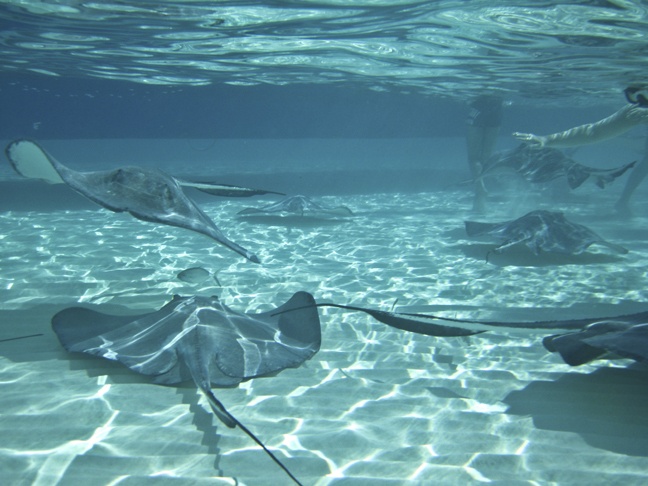 While the stingrays are the main attraction, I think the second stop, to the barrier reef, is also really impressive. It’s a nice shallow reef that holds lots of juvenile fish and an impressive green eel. At this point I put on scuba gear and dive down under do I can get video of people snorkeling and waving at the camera. 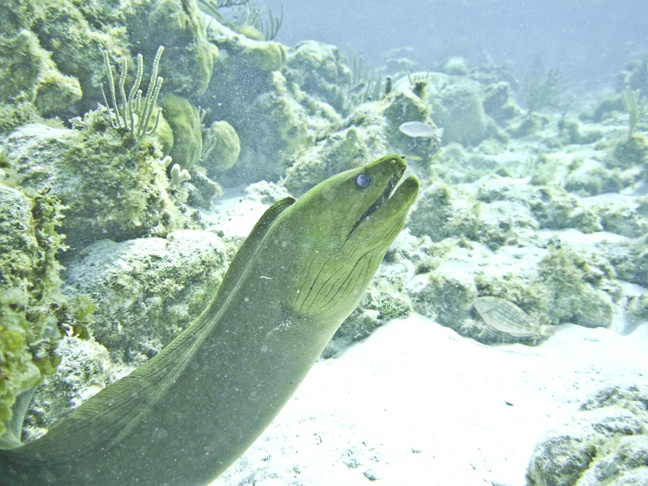 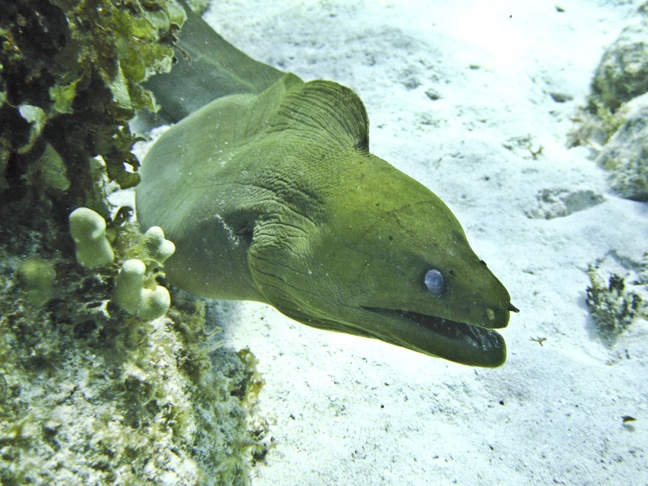 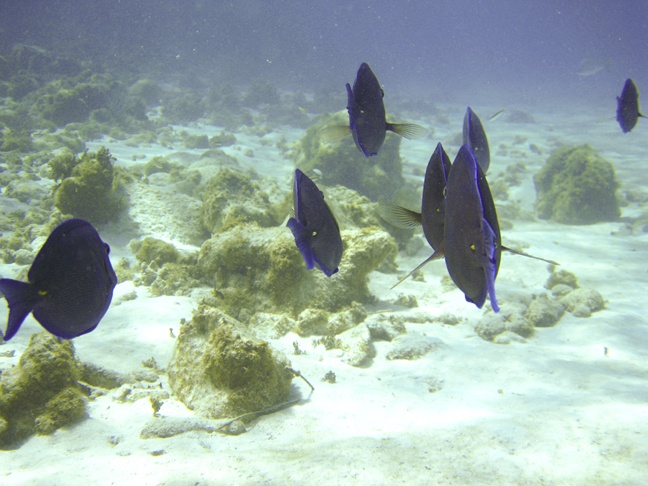 At the end I go around and do my salespitch and sell videos. Since family is VIP, I made Cathy and my mom a special copy with only my footage (Heather’s stock is far superior, but it was fun to make a stingray video solely of my own photos and video!). Its  a pretty short video, and it gives you a good idea of what I do here at Stingray City, as well as some nice eye candy. Enjoy!

But they weren’t done underwater yet. After hitting the National Museum — surprisingly good and worthy of its own post! — one day, my mom, her friend Cathy and I all headed down to the dive shop where Mark works. As a special way of showing them the underwater world we love so much, Mark arranged to take them on a private Discover Scuba Diving (DSD) and I brought along the video camera! A DSD is the very first baby step for people who want to know if diving is right for them before investing in their Open Water certification, or who want to go on a dive that day without spending the money or time on Open Water. Personally I jumped right in and started my Open Water having never dove so seeing how quickly my mom and Cathy were in the water was amazing! I spent days laboring over videos and bookwork and doing skills in a pool before I was allowed in the open ocean.

I had such an amazing time, it was great to be out there with the camera and get to be creative and not have the pressure of working for a client. Plus I was so excited to give both our guests such a great keepsake, I’ve never had more fun shooting and editing a video. I also brought out the underwater film camera, hoping to get a cool effect. It will probably be the last time I use it, since my new underwater canon is on the way! 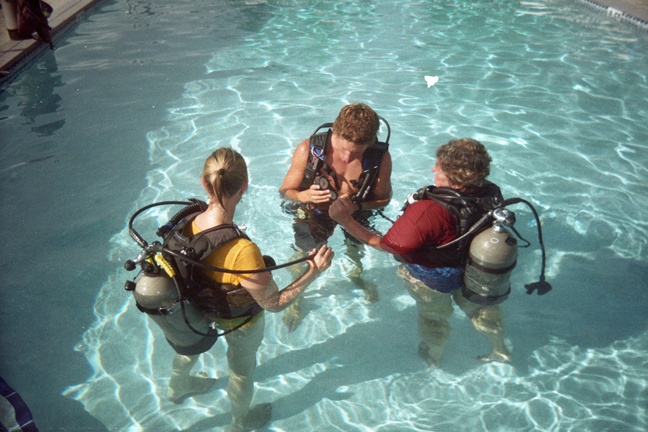 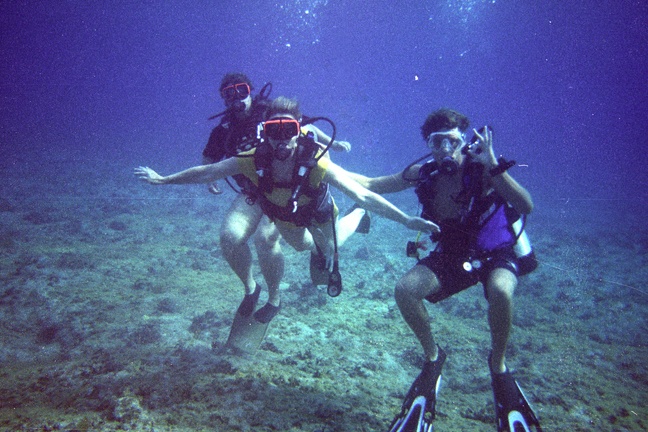 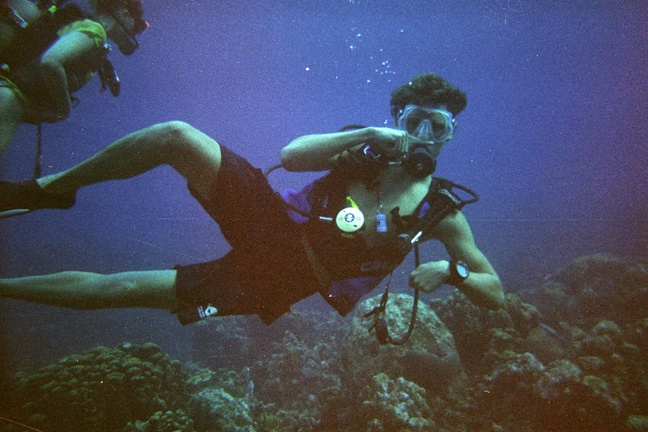 In addition to plenty of chill beach-and-ocean time at their condo, we also squeezed in a trip up to our favorite spot Rum Point, and hiked The Mastic Trail — which earned itself a separate post — on the way. Unfortunately our bio-luminescence tour of the bay was cancelled (the first of many times that tour would evade me over the summer!) but with so many amazing memories to look back on, it was hard to complain.

Thanks for coming, mom and Cathy!