Greetings from the Gulf

“The time is currently 9:05pm, and the temperature outside is 108° Fahrenheit. Welcome to Bahrain.”  A shot of static signaled the end of the announcement, and I watched transfixed as the women on my flight transformed. In Athens, they had boarded the plane in high end resort wear, sleeveless designer dresses and tight, trendy jeans. In Manama, a whirl of fabric later, they deplaned swathed in elegant scarves, colorful hijabs, and long, dark abayas. 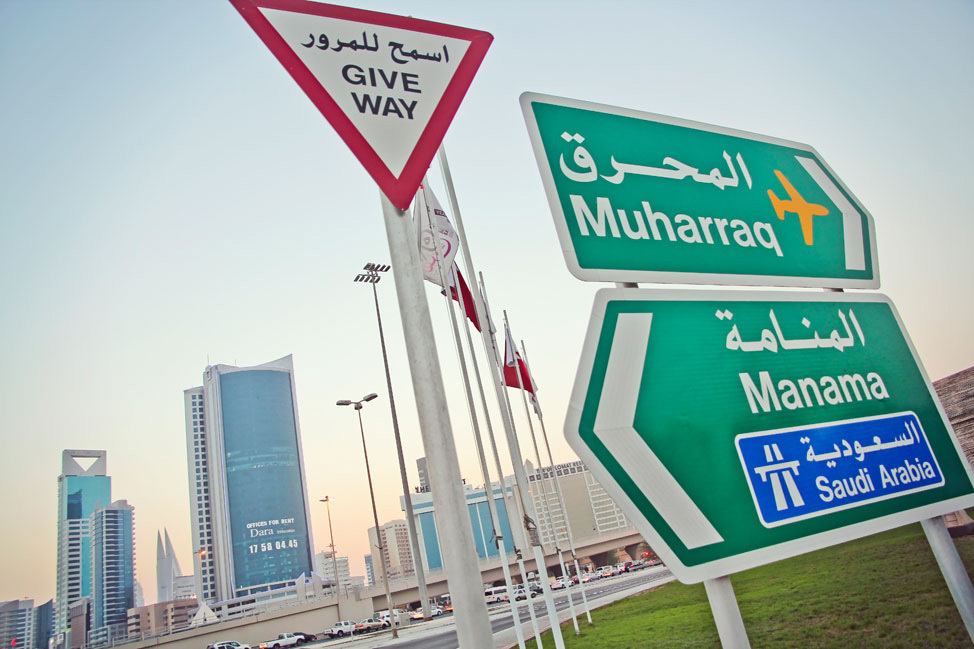 I spent a lot of time looking at flights in preparation for my six week summer trip through Europe. The only one for which I couldn’t find a bargain was Greece to Thailand. What I did find, though, was a very intriguing route — one that included a twenty-three hour layover in the Kingdom of Bahrain, at only forty dollars more than the cheapest option available.

And that’s how Bahrain became the first country I collected a passport stamp from in the Middle East, and the second country I’ve traveled to exclusively thanks to an airline layover (don’t worry, Singapore, there’s room for everyone in this bizarre and made-up travel category). 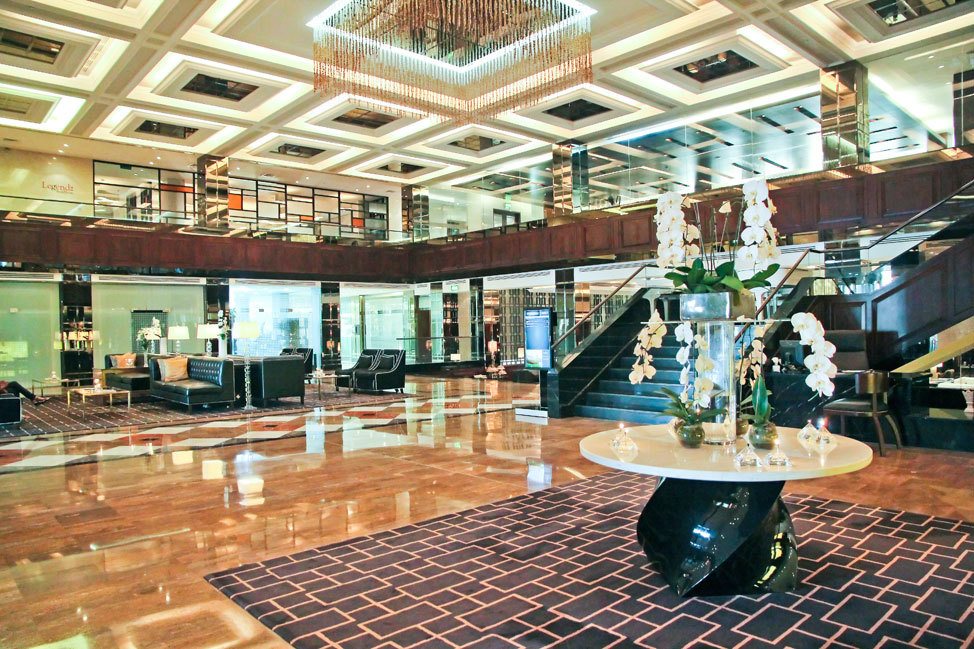 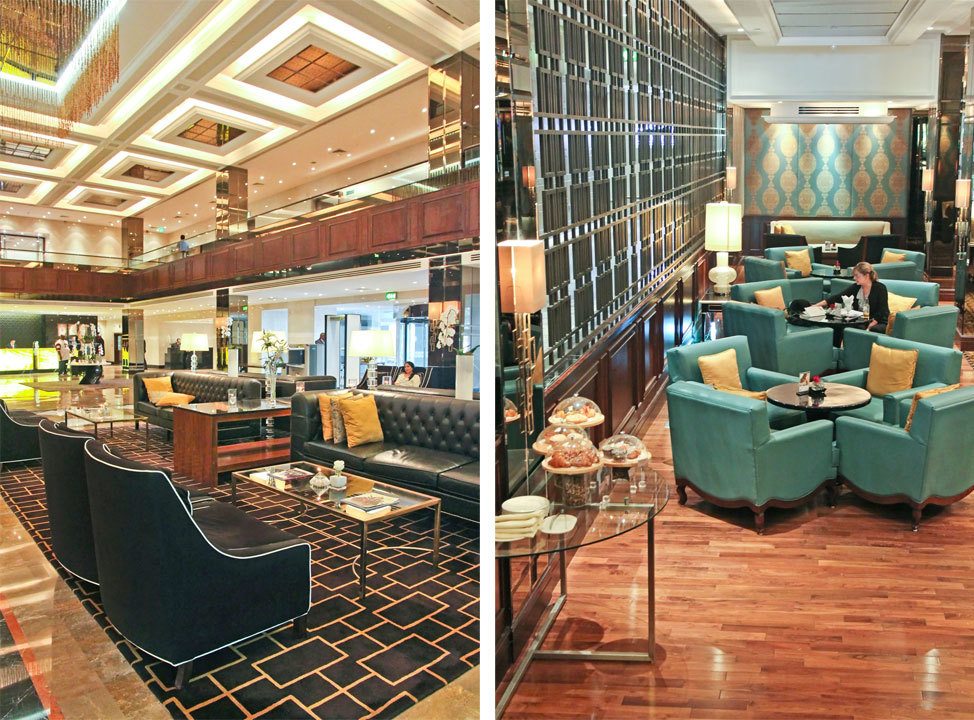 After the initial rush of booking the ticket and downloading the Lonely Planet Bahrain chapter wore off, I started to get the slightest bit antsy about how this trip was going to go down. Hostels are non-existent in Bahrain, and my guidebook hinted that cheap hotels often rent rooms by the hour, if you know what I’m sayin’. (Brothels, guys. That’s what I’m saying.) Basic hotels like the Holiday Inn or Best Western start at $100, and so I decided I was happy to pay up to $150 for a night of sleep somewhere comfortable. But I was also concerned about how I’d get around — I was eager to make the most of my meager time in Bahrain, but came up empty when searching for tour guides, and was unsure if I could talk a taxi into negotiating a flat rate for my stay. Oh, and did I mention I was visiting in August, the hottest and most humid month of the year? And that as a woman traveling alone, I was the tiniest bit anxious about visiting an entirely new region of the world for the first time ever?

All that is to say I can’t tell you how happy I was when the Intercontinental Bahrain offered to show me around this intriguing little island. 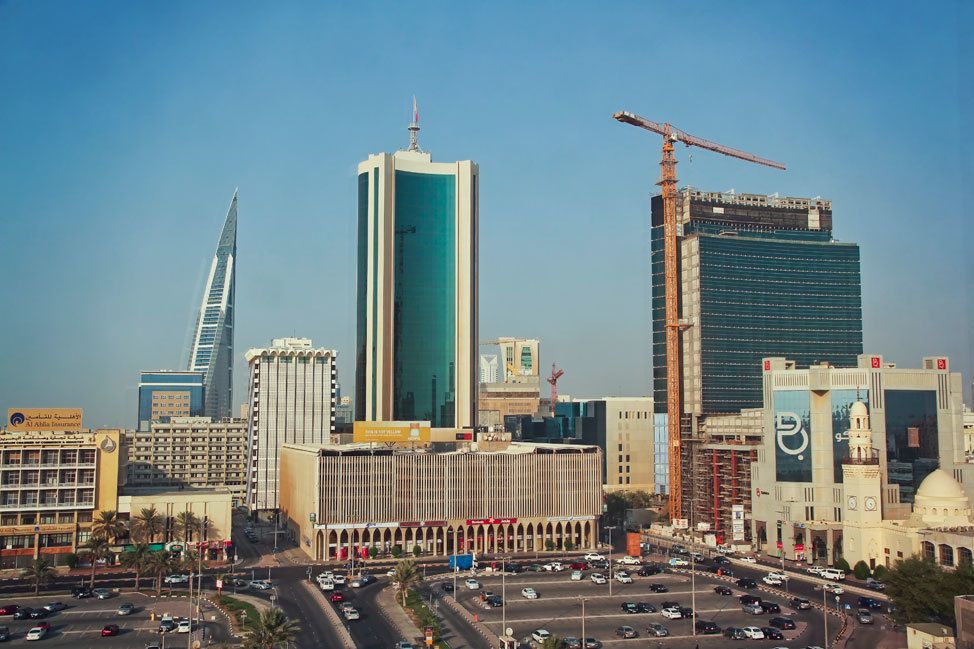 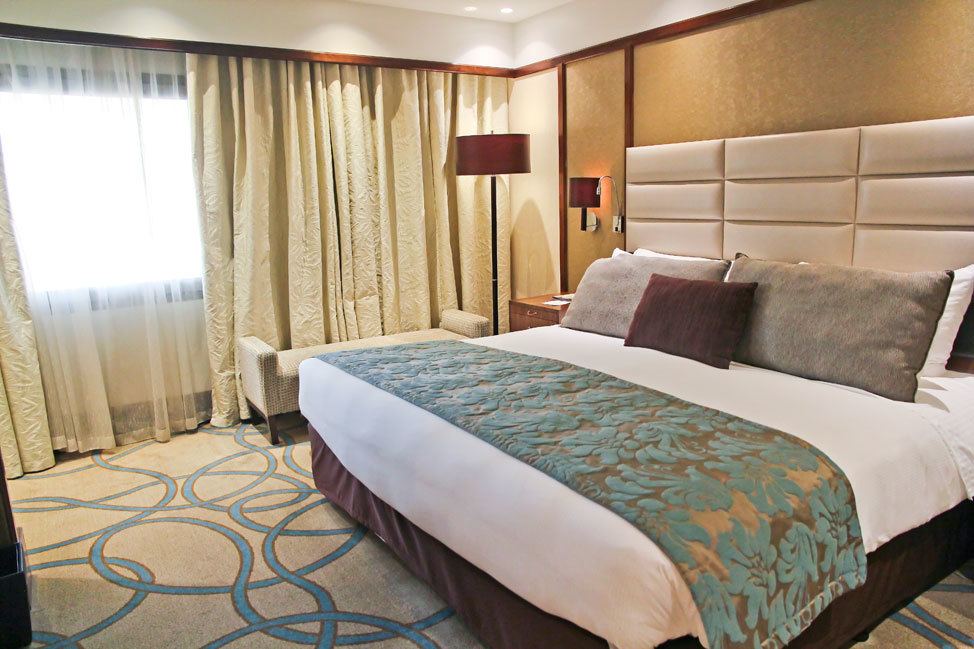 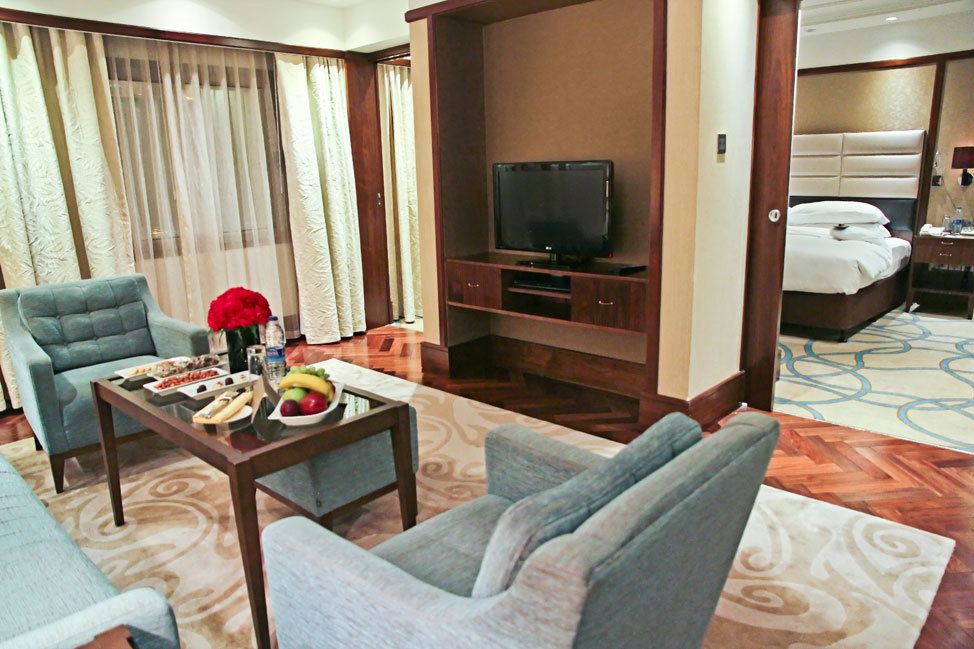 Landing late after a long day of work and packing and travel, I was ready to collapse in bed and set my alarm for an early morning wake up the next day. Then I opened the door to my room. Um, sleep? When I had all these chairs to test out, snacks to eat, and beautifully scented bath products to use? Who needs sleep!

Okay, I mean, I did crawl into my bed eventually. But wow, did I love this room — not to mention arriving in Thailand refreshed from two manageable half days of travel broken up by a great night of rest rather than one massive trans-continental slog. And while I was spoiled by a plush club suite, standard rooms at this hotel start at around $160 — a great value considering the city standard. 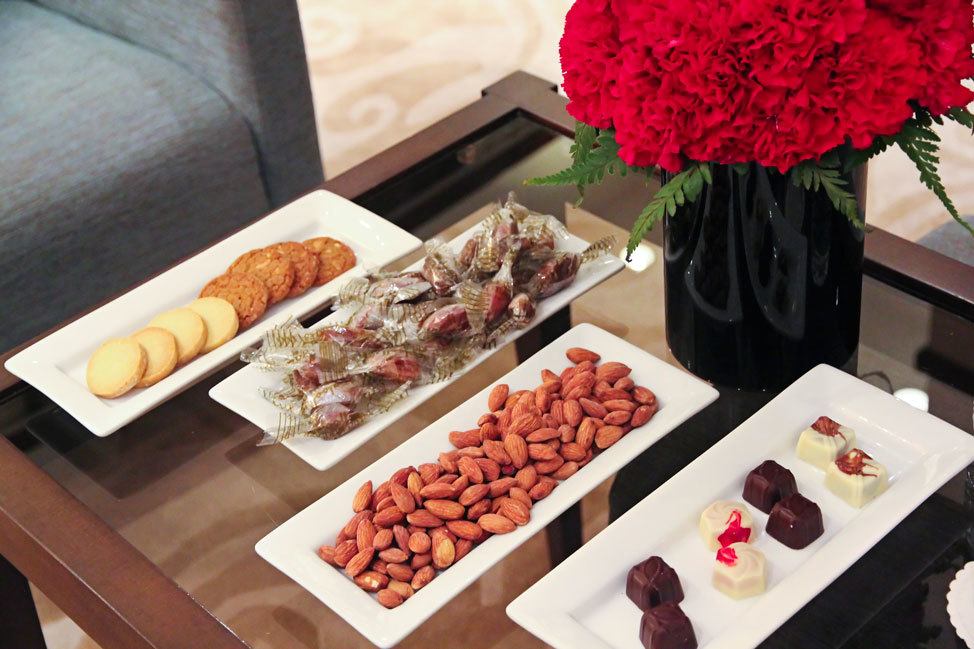 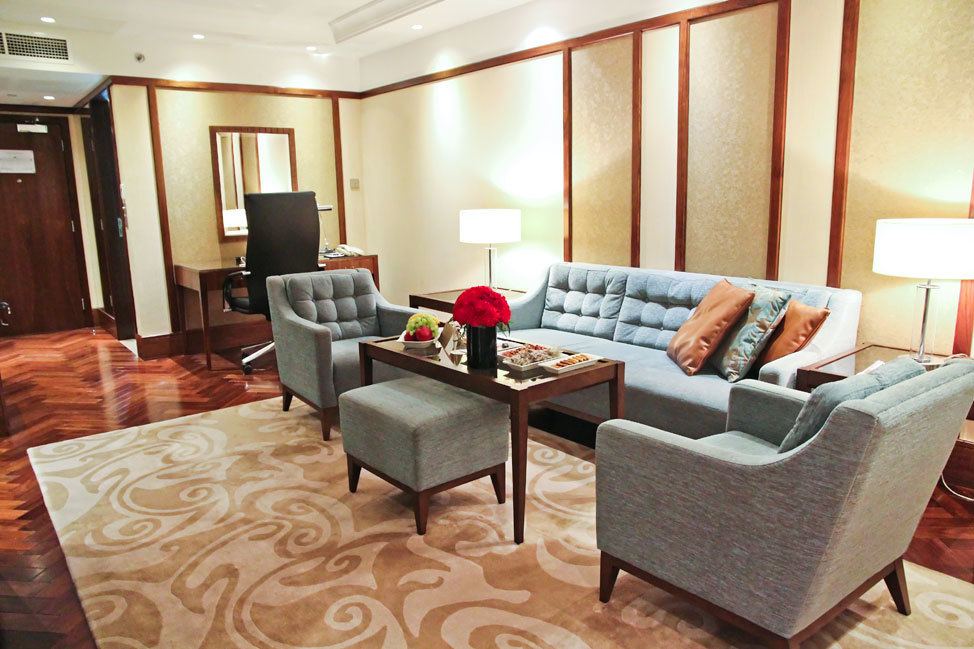 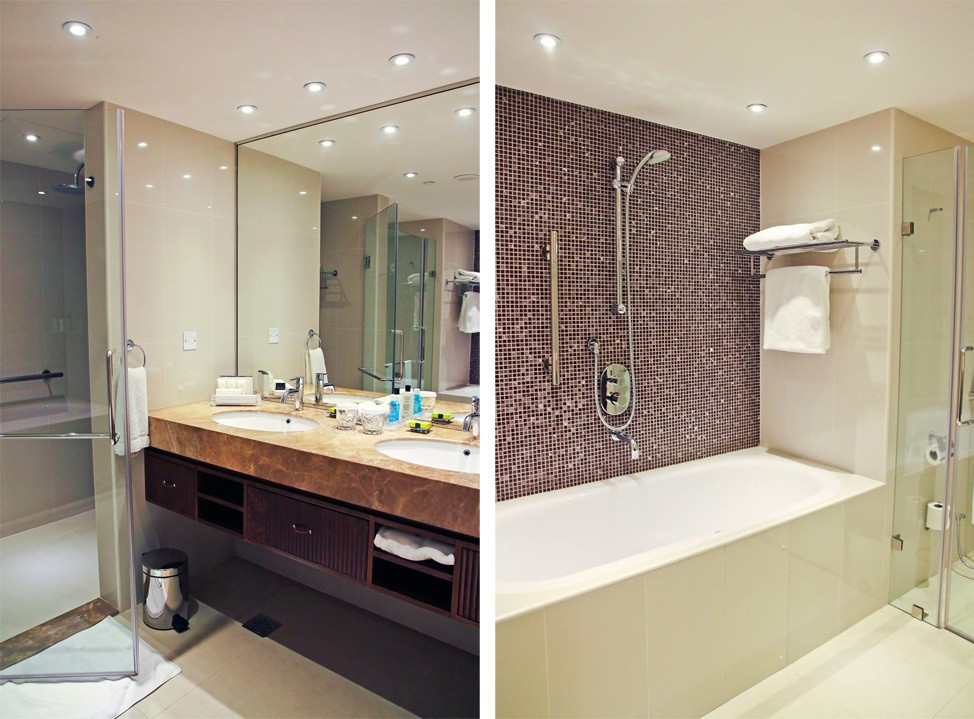 And there would be no airport food for this layover. Nope — I was dining in serious style at the Intercontinental’s own Legendz Steakhouse. Each course was a work of art, but even more impressive was the company. I ate with two of the hotel’s managers and lapped up their stories of expat life in Bahrain and their work in the hospitality industry across the Persian Gulf states. 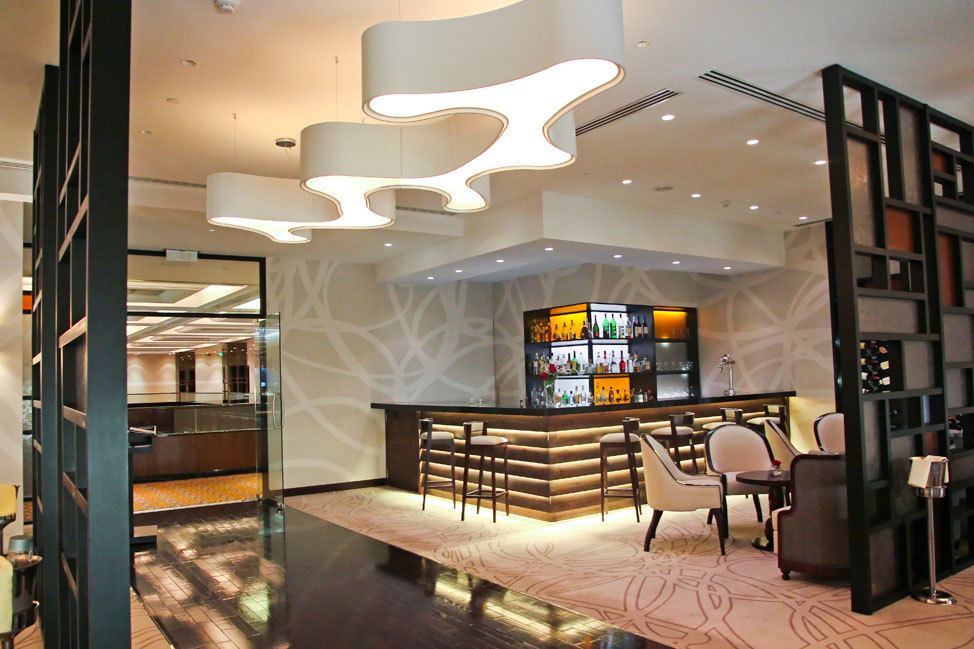 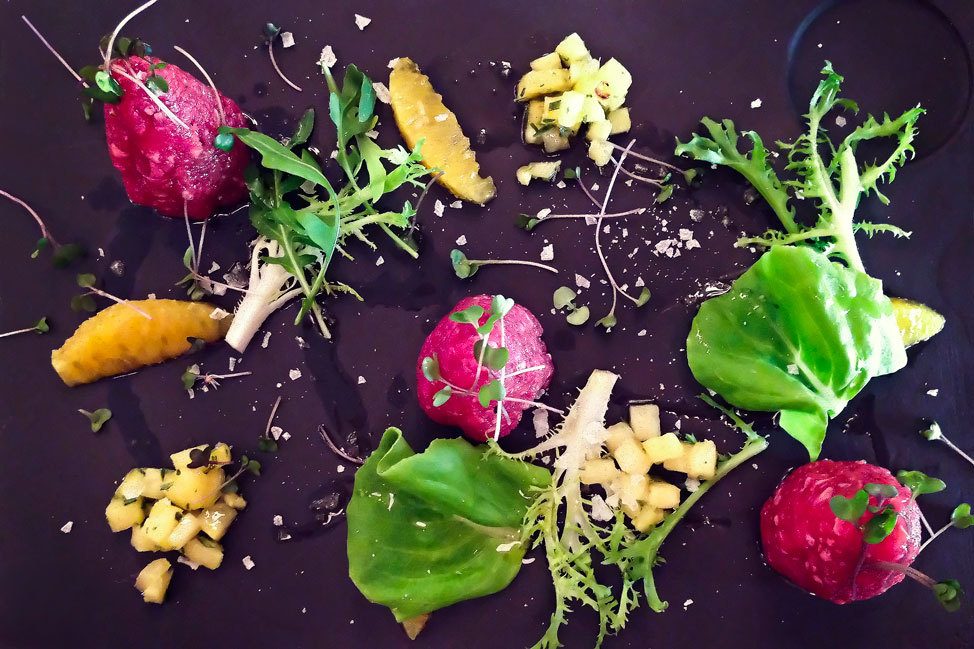 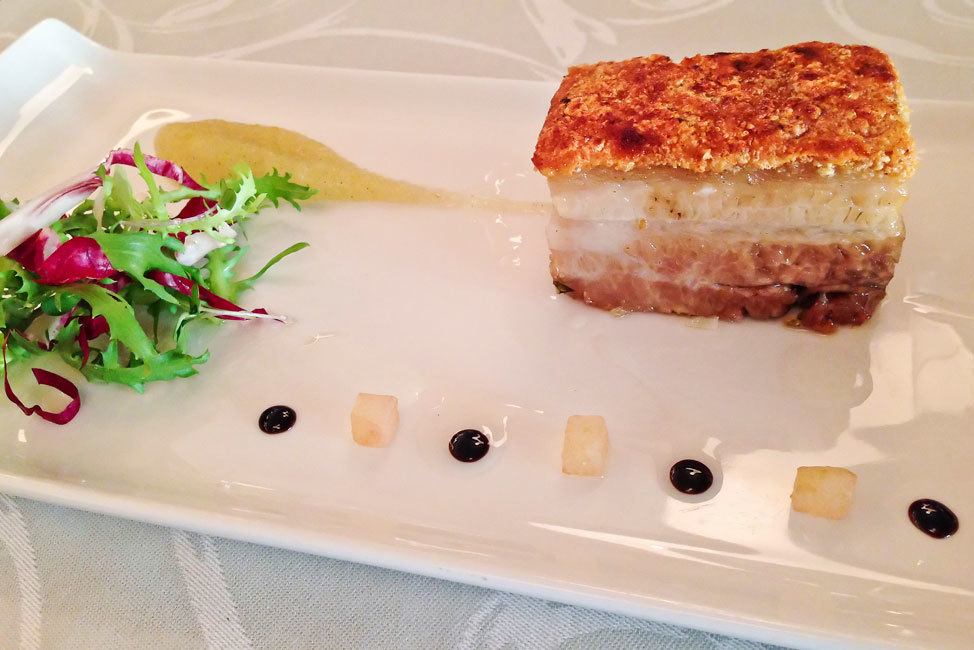 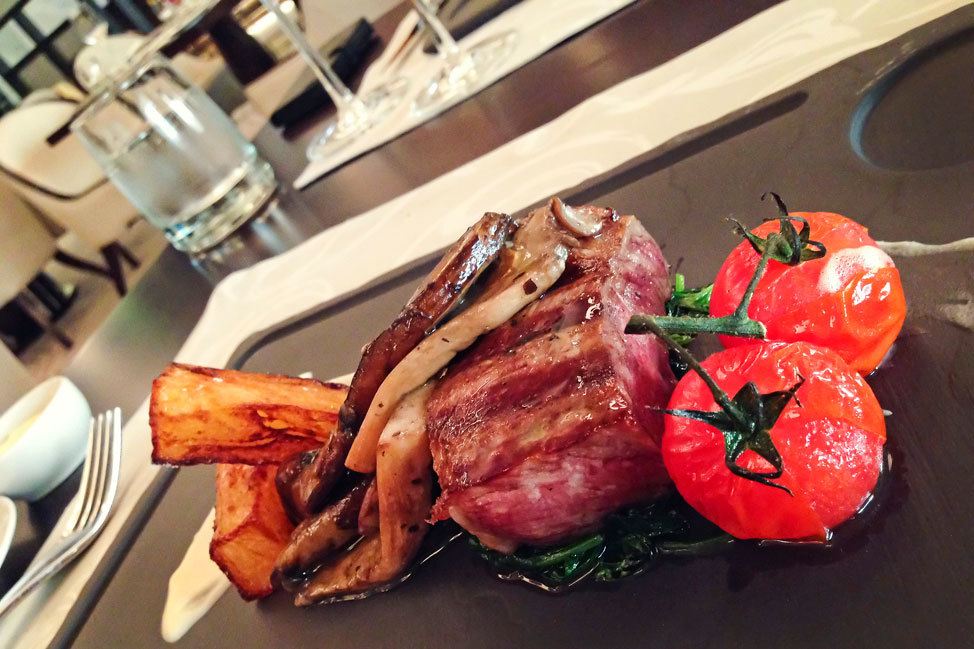 My only regret is that with my short stay, I didn’t have more time to lounge around the hotel’s trendy bars (yup, alcohol is sold in Bahrain — in fact, it’s a bit of a weekend playground for citizens of more strict and traditional neighboring countries), tempting restaurants and oasis-like pool area. 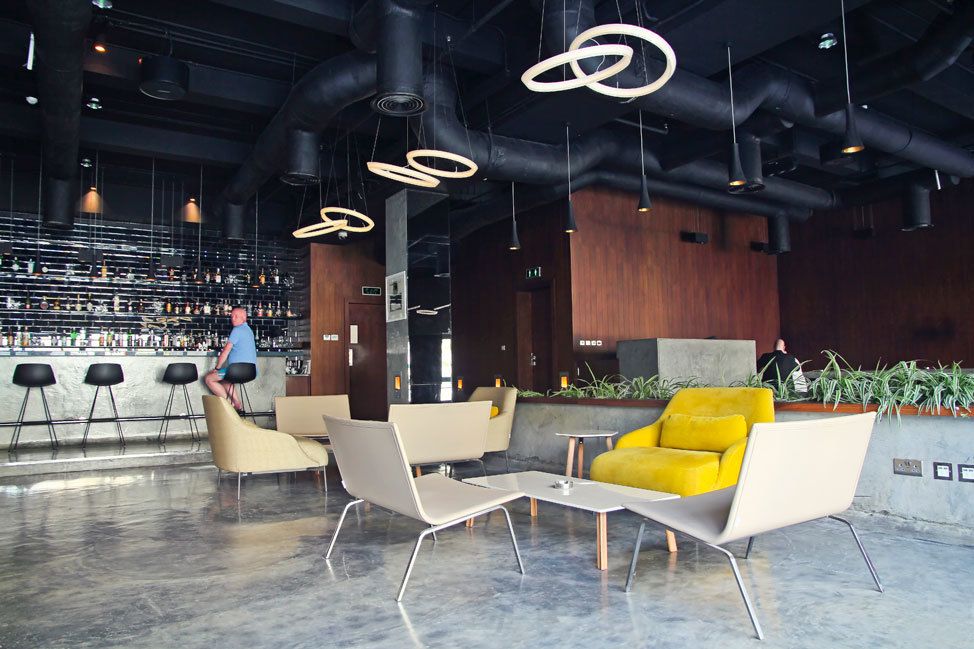 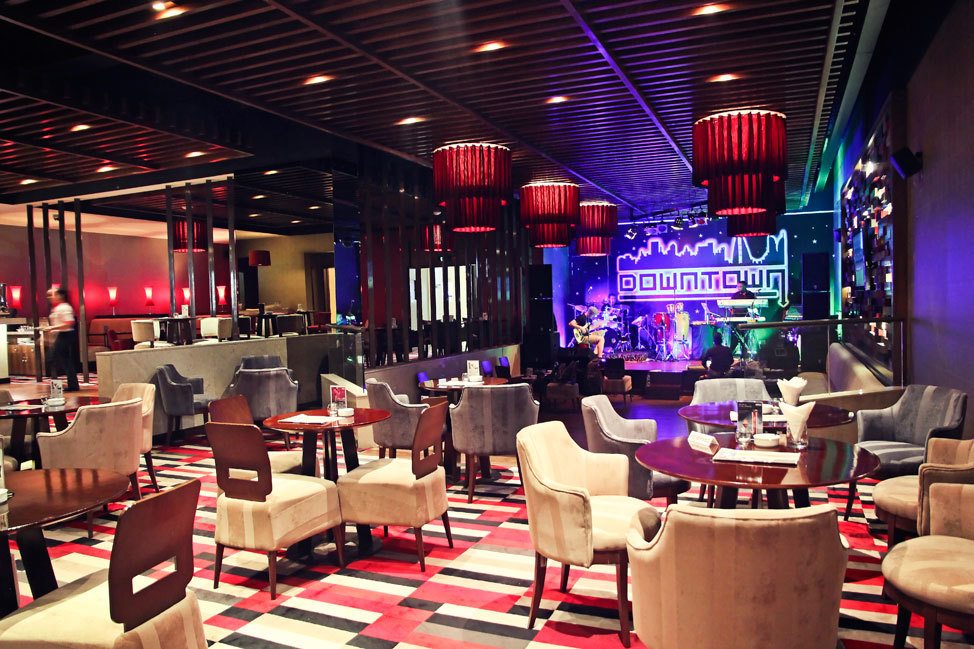 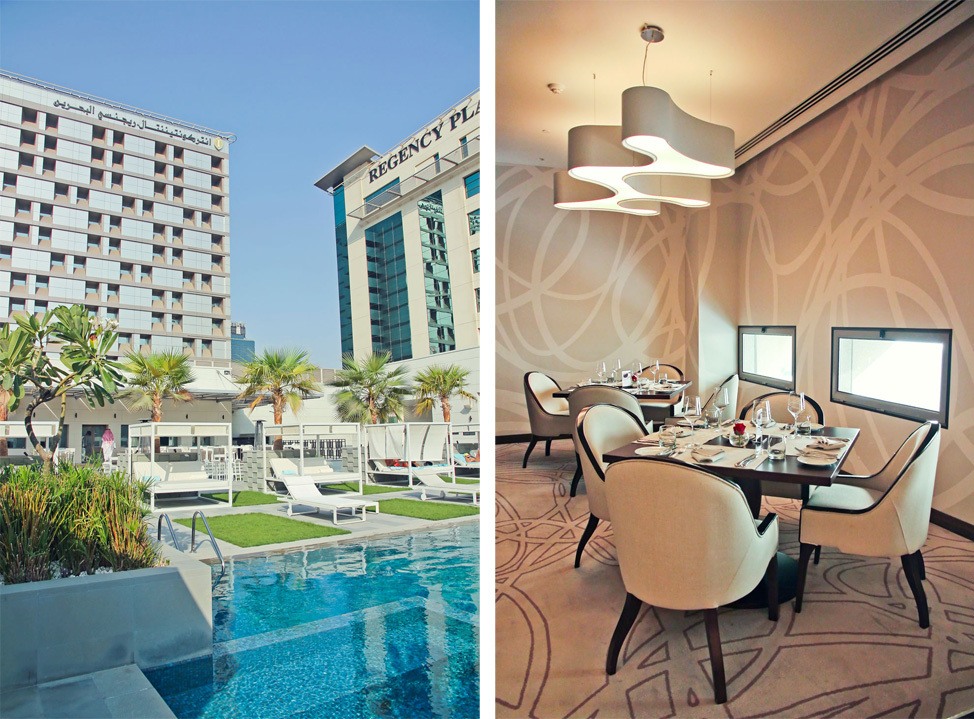 In fact, when I woke up the next morning and went for a wander around the hotel, it took all I had not to flop face first into that pool. Did I mention it was a little warm? 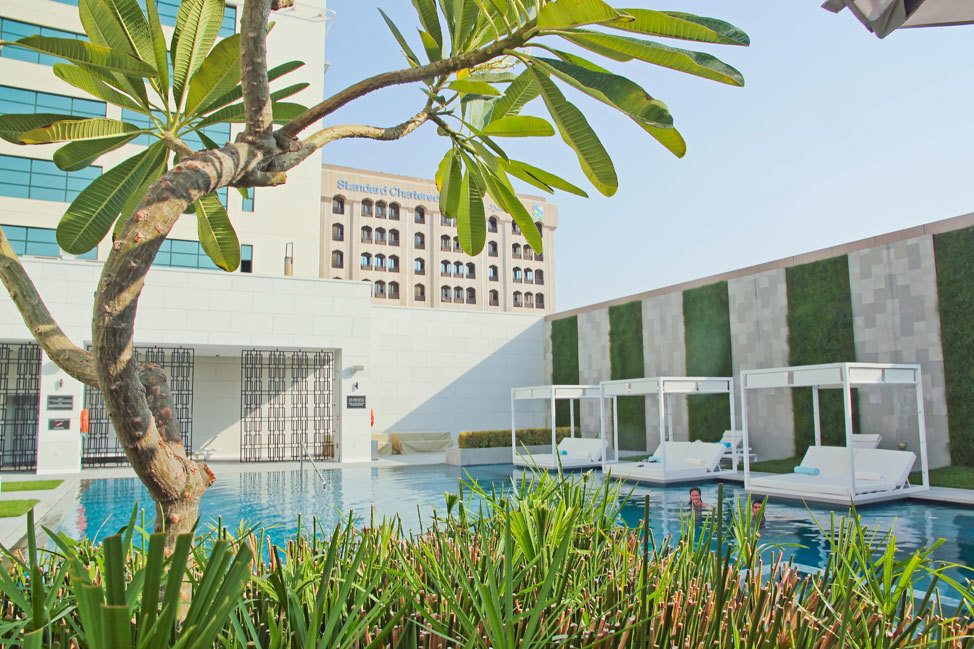 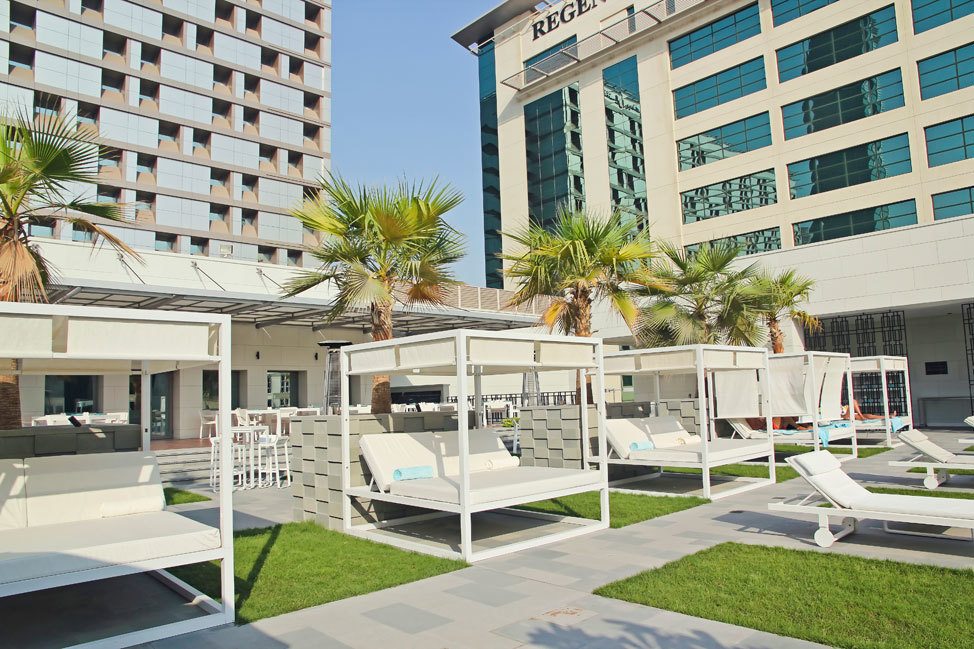 That morning, twelve hours in and twelve hours to go on my time in Bahrain, my iPhone informed me the temperature would soon top 108° — with a 114° heat index. While I’d been assured that Western dress was acceptable in forward-thinking Bahrain, every woman I’d seen was swathed tastefully and stylishly in something that covered both shoulders and knees. (I actually chatted with a Mormon friend about this not long after leaving Bahrain. I was like, really, you’ve got to see these chicks! We concluded that the women of Bahrain need to bring high fashion modesty to the conservatively-dressing populations of the USA.) There was no way I was going to go out rocking some crumpled backpacker short shorts.

So, how to dress demurely for oppressive heat? Thankfully, I had picked up an outfit in Athens just for the occasion. 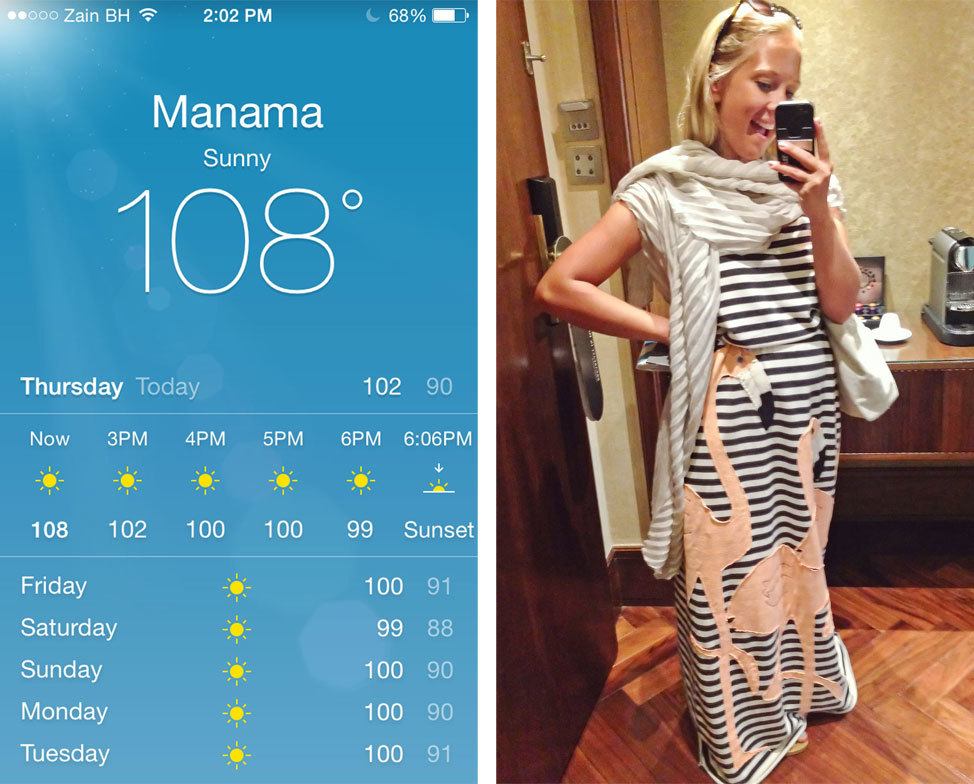 Stay tuned for my next post, in which my flamingos and I take on the top sights of Manama!

Many thanks to the Intercontinental Bahrain for their overwhelming hospitality. As usual, you receive my honest opinions regardless of who is footing the bill.

The Great Escape: Month 39 and 40 Roundup 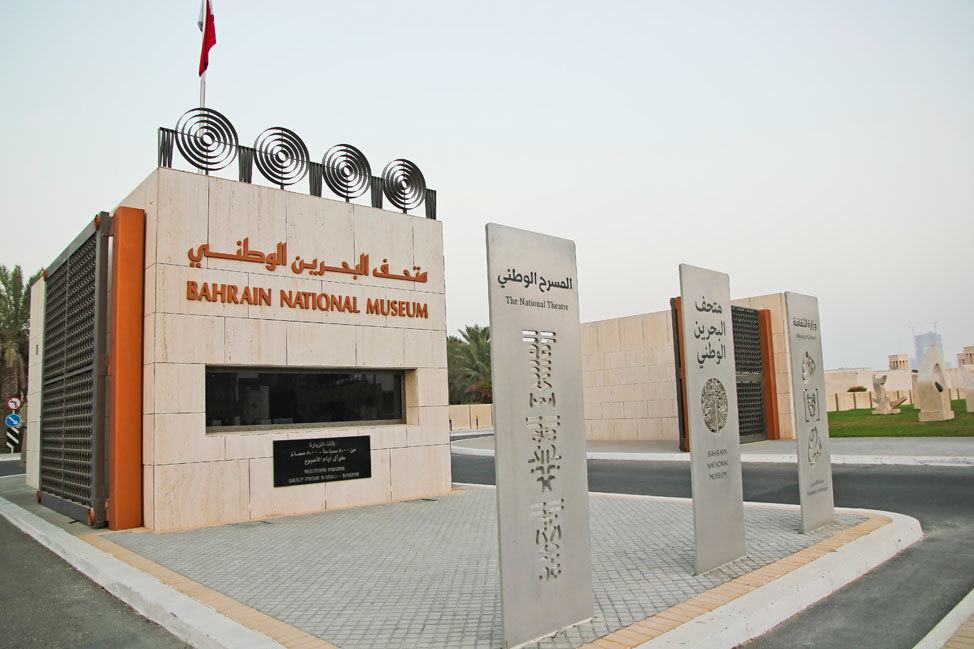 How to Stopover in Bahrain in Style

Holy Wow! The Monasteries of Meteora Photo of the Week 182: New York
51 Comments...