Let’s Talk: Can You Make Local Friends on the Road?

Alternative Title: Am I a Superficial Traveler?

When I posted the results of my reader survey, there were a few topics that were simply too complicated to address in a sentence or two. One of them was this. A few commenters were a tad critical of the level of cultural immersion I’ve managed in my travels — specific respondents pointed out (with varying degrees of accuracy) that I don’t delve very deep into the history of the places I write about, that I never talked about learning Thai despite spending so long in the country, and that all my friends are white. 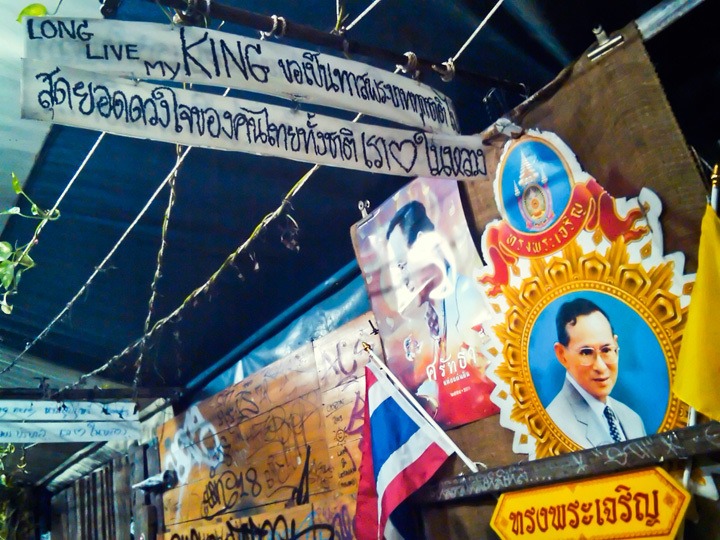 It’s true, I never learned Thai. I could rattle off some excuses — on Koh Tao, where I’ve spent the vast majority of my time, the only Thai language school is a front for selling long term visas, and Burmese is probably spoken at least as frequently on the island as Thai is. But those are excuses. The truth is that I was lazy, Thai was hard, and I’ve never been gifted with languages. I want that to change. When I return to Thailand later this year, I will seek out a (non-visa selling fraud of a) language school to learn some of the basics of Thai language structure. It’s a country I love and plan to return to over and over, I have no excuse for not making an attempt to learn more than ten phrases. That was constructive criticism, and I appreciate it.

I was a little hurt by the accusation that I don’t focus on history or culture, because I seek out both when I travel. However, that feedback helped me realize that I often shy away from writing about those topics because I am terrified of misinterpreting something, or of positioning myself as an authority on a society that is not my own. What if I write about the culture of whaling in Iceland tons of Icelandic people comment telling me I’m an ignorant buffoon? Ah yes, that already happened! But history and culture are two topics I love and this blog should reflect that. That too was constructive criticism I appreciate.

But let’s talk about this all-white-friends business, shall we? 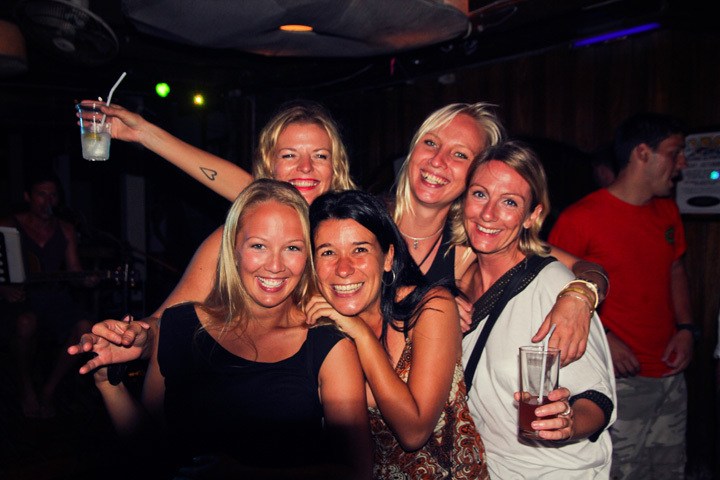 Friends from Spain, South Africa, Finland, the US and the UK

I think there is a misconception about travel that you merely have to stroll down the street in some exotic land and locals will be at your side clamoring to invite you home to dinner with their families or to give you a personal tour of a secret hidden beach or to walk their daughter down the aisle at her wedding or whatever. They don’t. And honestly, as a woman often traveling alone, I’d have to be fairly suspicious of those invitations for my own safety.

I have been shown incredible kindness by strangers who invited me to join a conversation, to share a roadside snack, to hitch a ride, and to makes sure I was safely and hospitably welcomed to their country without expectation of anything in return. But those instances are rare, and the line is drawn at some point, as my friend Matt has written about as well. The Thai women who wordlessly shared their homemade sticky rice with me while we sat at the pier waiting for a ferry didn’t invite me home to learn how to make it, you know? And why would they? I’m just one of a million blondes bobbing through their homeland.

There are places that stand out to me as being exceptionally friendly. I think Scottish people are born with hospitality running through their veins, and Filipinos will probably make you cry with the warmth they will show you. But the world is getting smaller and there are fewer and fewer destinations where a visitor from another culture is regarded with excitement and fascination. Think how you regard an obvious tourist, map in hand, navigating their way around your hometown. Do you stop them on the street and offer to bring them home to meet your family? Or do you simply bump into them as you make your way to work?  It becomes even more difficult to make that connection when the economy of your destination is based on tourism. Once you are seen as a client or customer (or walking wallet, as some people would less-kindly put it), it’s hard to make that leap to friend.

I can think of three of my peers who have a natural knack for defying the odds and easily and naturally becoming true friends with local people wherever they live and travel. I admire them and think of them often in a “What Would ____ Do?” kind of way. And there are travelers who go out of their way to make that connection via Couchsurfing, and hosting groups, and other avenues. Hats off to those that make that effort in their home country as well.

I’m proud of the diversity of the friends I’ve made in my travels around the world. I’ve counted South African, British, Spanish, Finnish, Turkish, Belgian, Indian, and Colombian friends among my UN-like crew of travel buddies. But it is undeniably true that those were fellow travelers and ex-pats rather than locals in the countries I was currently visiting.

My time in Thailand is where this lack of local friends is most glaring, simply because I’ve spent so much time there. Yet after a year living on Koh Tao, I had no Thai friends. The island was once a penal colony, inhabited by just a few families eking out an existence on coconut farming when the tourism boom hit in the 1980’s. Hence, there is no strong community or economy outside tourism, and even today the only school on the island goes only to age 12. Young people are sent off-island by their families — thus the population of Thais in my age bracket on Koh Tao is practically non-existent. The one dive shop I knew of that had both Thai management and Thai instructors, a place where I knew every employee by name and was always welcomed with a smile? It’s currently closing. And it is a different culture. As a Thai-speaker pointed out to me in a bar in Bangkok, the sign on the wall technically forbid her from being there — “No Thai women allowed,” it read, insinuating that any Thai woman who would want to be in that bar was up to no good. This was a popular expat bar in the middle of the city. It is not socially acceptable for Thai women my own age — “good girls,” raised the way I was, to socialize in that way.

When I went to Indonesia one of the things that drew me to the dive shop I did my Divemaster Course with was the close relationship between the foreign and local staff. I was impressed with the level of interaction and camaraderie, which was more than I had ever seen in a dive center. But again, an invisible line was drawn. While the Indonesian staff sometimes joined the Western instructors for drinks at the bar, they never did come to dinner. When I asked to accompany one of the employees to mosque for Ramadan, that request was met with an uncomfortable brush-off.

Like most of us, I’m always striving to be a better human, a better traveler, and a better blogger. I wrote this post with two intentions. One was to respond to the criticism I received and ponder the question I asked in my somewhat snarky alternative title: Am I a superficial traveler? The other is as a reminder to myself that no, it isn’t easy to learn languages, to write about complex topics, or to have meaningful interactions with local people. At least not for me. But that doesn’t mean I can’t continue to challenge myself to do just those things in the future. Because I don’t want to skim the surface, or be a skin-deep traveler. I want to live and breathe the places I go, and maybe that takes a little bit more work on my part.

I’d love to hear your thoughts. Do you make meaningful, true friendships with local people when you travel? Do you learn the local language? Writers, how do you handle complex topics like cultures that aren’t your own?

Life Now: The Good, The Bad, and the Blog

The Magic of Mancora Into the Deep in Mancora
103 Comments...