Back in January, I posted a mini European Bucket List when I realized that I did have some must-visit destinations in the continent that usually sits at the bottom of my wanderlust list. I loved the discussion that ensued in the comments and all the ideas you guys gave me — clearly, I’m in the minority in not paying much attention to the countries across the pond! In the past six months, I’ve realized there are a couple more destinations I want to add to my list. Last time I named three cities that have captured my imagination, but this time I’m going more big picture. Here are three countries that I’m itching to get to (or in one case, get back to): 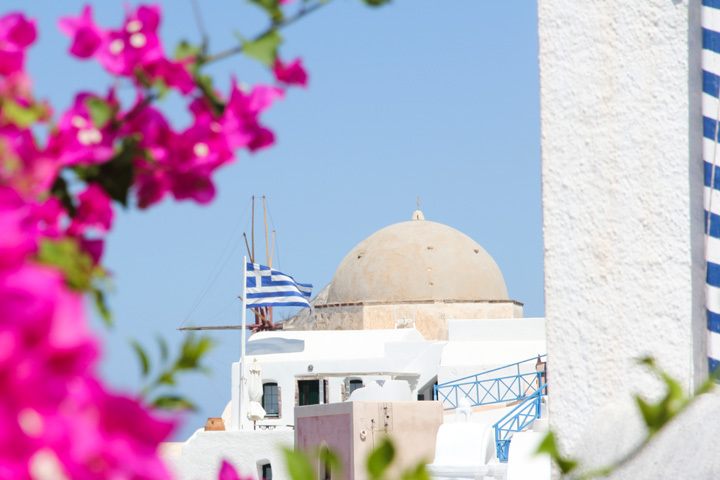 Okay, so technically I’ve already been to Greece. It was a dream trip — a weekend in Athens followed by a luxury cruise through the islands and towards Istanbul. But it far from scratched the itch that has been my lifetime obsession with Greece — in fact, I’d say it only made it worse! I’m looking forward to time spent marveling at the beauty of Santorini, indulging in a good epic party binge on Mykanos, and discovering all the other little islands whose name I’ve never heard. A summer spent island hopping and working in this country sits high on the bucket list for my twenties.

Ever since I read The Great Railway Bazaar by Paul Theroux, I’ve romanticized the idea of a great rail journey like the Trans Siberian Railway. But as you all may have noticed, I tend to gravitate towards more warm weather destinations — so I kind of forgot about this idea for a while. But recently, my blog buddy Emily started posting about her trip to Russia, the first coverage of the country on any travel blog that I read, and it ignited an unexpected wanderlust in me. I look forward to someday stepping outside my comfort zone and completing this epic rail journey through a country so unlike any that I have ever been to before.

Two cold weather destinations in one bucket list roundup — has this beach-loving blogger lost her mind? That’s always a possibility, though it’s most likely that I’ve just been spending a tad too much time around certain winter sports enthusiast travelers. I’ve always found the idea of skiing and snowboarding to be wildly unappealing thanks to, you know, coldness. But then I heard about this whole après ski situation, and I was all, “No one told me that there was booze and fashionable snowpants and festive music involved!” Austrian après ski? Count me in.

What about you readers, what else is on your European bucket list?!

The Hipster Guide to Dublin

The Disappearing Whale Sharks of Donsol Photo of the Week 103
38 Comments...