My solo travels began with a journey to Ayutthaya, a city a few hours north of Bangkok.

On the day that my friends left Bangkok and I woke up alone, I wrote this post. Reading it now is almost painful because I remember how terrified I was. That probably seems ridiculous to a lot of people and I totally get that- um, I’d been a world traveler for years at this point and spent a majority of it in Thailand. But the idea of getting out of my The Beach-style flophouse hotel room, getting on the train, and getting off of it in an unknown city suddenly seemed paralyzing. 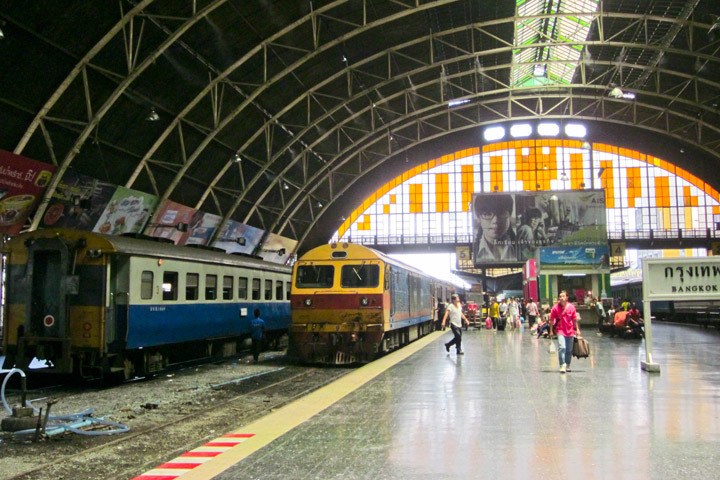 But like I said in the post I wrote that day: I put one foot in front of the other, over and over again. I packed my bags. I verbally wrestled with cab drivers until one would take me to Hua Lamphong train station on the meter (50 baht versus the 200 the scammers will try to charge). I bought a ticket so cheap that I checked the destination ten times to make sure I got the right one. I boarded the train. 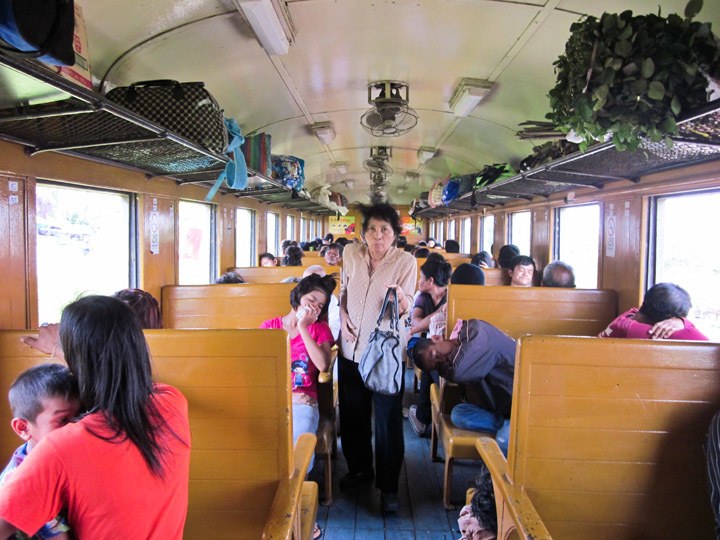 I was flustered when I bought my train ticket and hadn’t specified a class, thus I was assigned to a default third class car, which had wooden seats and no air-conditioning, but also no tourists. It was in the high 90°F range  that day but I was thrilled anyway with my seat- both because it cost 15 baht (50 cents for a 50 mile trip!) and because I felt like I was getting the true local experience. 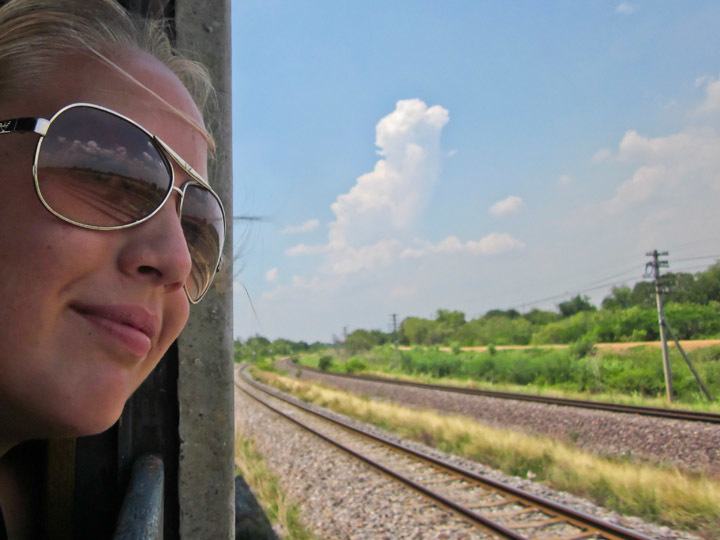 Yet once the train started moving my nerves kicked in again. I have always dreamed of traveling to northern Thailand by train but I was so nervous that I wouldn’t get off at the right stop that I had almost taken a tourist mini bus costing 10x more and crushing all my romantic Paul Theroux-esque dreams of rail travel. But then I remembered mini buses made me homicidal. So anyway, every time the train slowed to a crawl I would anxiously look around for the station sign and try frantically to find it on my map. Eventually the ancient Thai woman sitting across from me gently picked up my ticket and glanced over it. She handed it back and gave me a slight nod and a wise smile, which I took as the universal gesture for “Simmer down crazy white girl, I WILL TELL YOU WHEN WE GET TO YOUR STOP.” 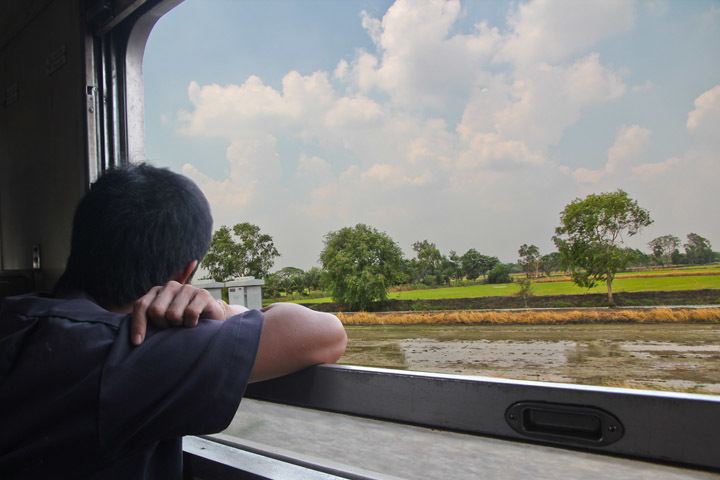 That gave me a little peace to slow down and enjoy the beautiful scenery unfolding out the window. Despite having spent so much time in Thailand I have seen embarrassingly little of it- only Bangkok and the three islands of the Samui archipelago. Big city and beaches. So this side of Thailand- the rolling fields, the small provincial towns, the water buffaloes rolling in the mud- it was all new to me. 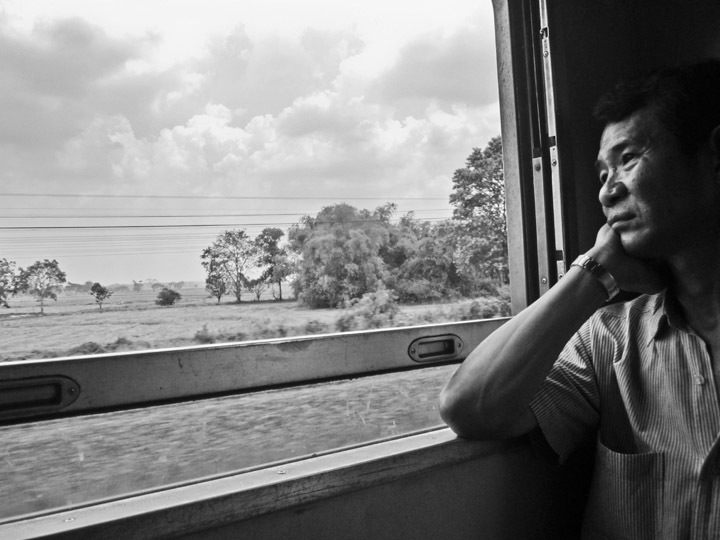 For value, for local experience, and for atmosphere, there is simply no better way to travel through Thailand than by rail. 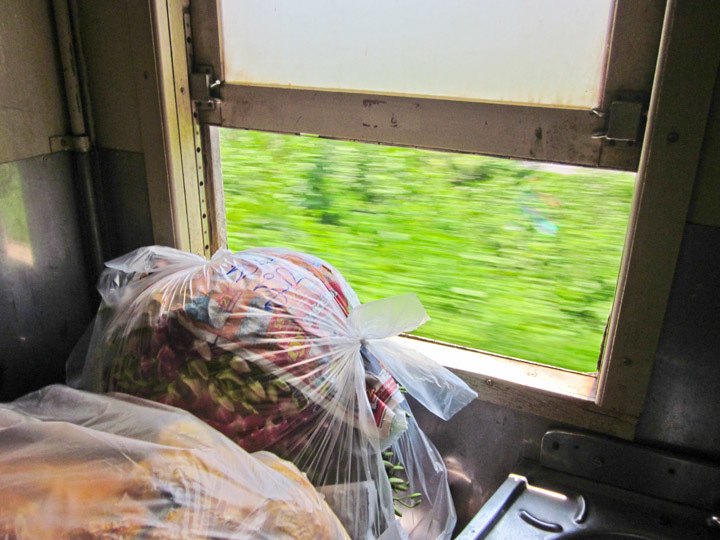 As we pulled up to the Ayutthaya station a magical thing happened. Not only did the woman sitting across from me gesture that my stop was coming up and the man sitting next to me help me with my bags, but the conductor came running back to our car simply to find me and to tell me that we were approaching Ayutthaya. I realized he must have noted my destination when he checked my ticket back in Bangkok, suspected that I might need some help, and two hours later remembered to come find me. These tiny gestures of kindness made me well with tears (though let’s be real- I was kind of a waterworks around the time). Of course I know this incident partly reflects the fact that in many cultures a young girl traveling by herself is treated as a crazy person who needs protection and assistance- and some people might find that insulting. But you know what? In this case I did need protection and assistance. It really made me feel like even traveling solo I wasn’t alone. 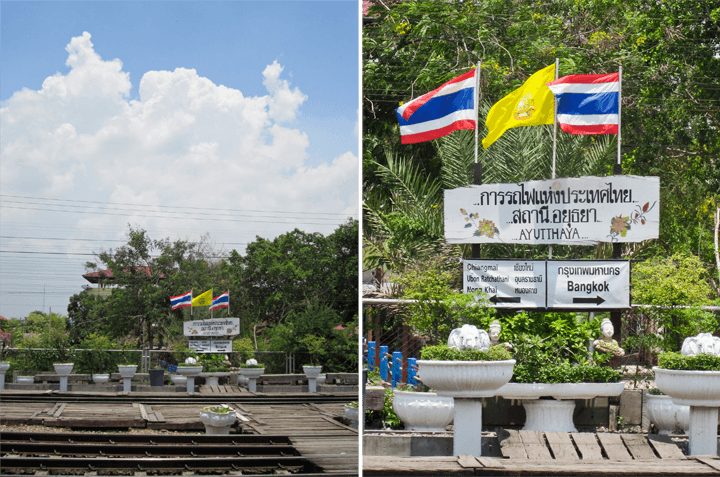 When I got off the train I was unsurprisingly greeted by tuk tuk drivers who offered to take me downtown for a tempting 60 baht, or two dollars. But I was feeling empowered by having traveled the cheapest way possible thus far I decided to continue on my frugal streak and walk despite the heat. The journey did involve a charming 4 baht water taxi ride.

Did I mention it was steaming hot outside? By the time I made it to Naresuan Soi 2, also known as Soi Farang (basically translating to White Person Street) for its abundance of guesthouses and travel agencies, I threw my bags down into the lobby of the first hotel I found. Lucky for me it turned out to be the ultra-charming Tony’s Place where I happily paid 500 baht (about $15) for a practically boutique style room. I loved the little bathroom nook! Many people come to Ayutthaya for a day trip but with great value places like this and the über-chic Iudia, there is no reason not to spend the night in this small town.* 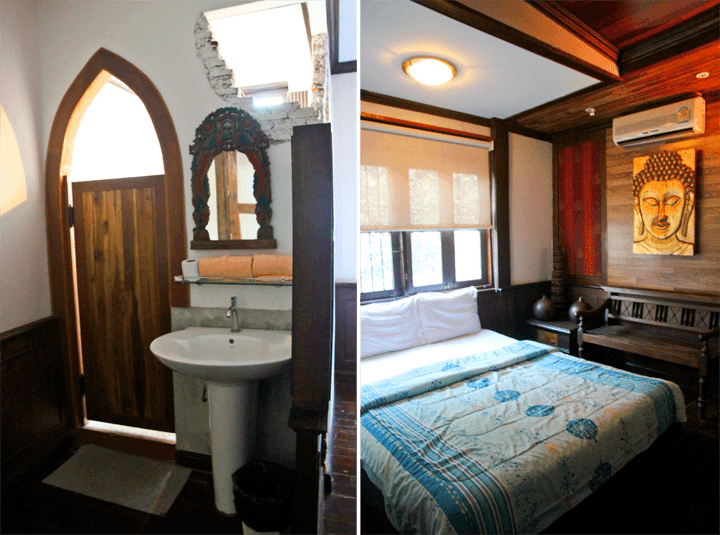 As I sat down to eat lunch I reflected on my day and how massively my mood had improved. I was irrationally proud of myself for accomplishing the task of getting from Point A to Point B, and even more impressed that I had managed to do so for a sum total of 69 baht, or just over $2usd. I was grateful for the kindness of strangers, the adorable room I had upstairs just waiting for a nap, the fun plans I had for the next day and mostly for the human survival instinct that keeps us putting that one foot forward. 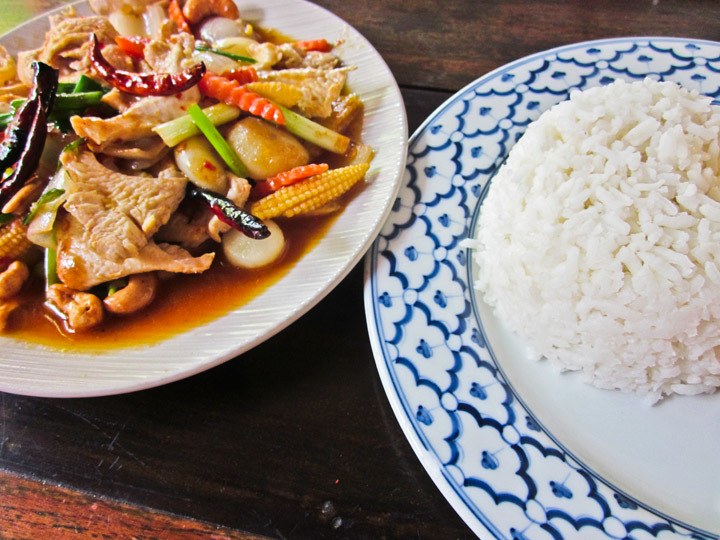 That afternoon I blogged away in air-conditioned bliss before taking a walk around sleepy Ayutthaya town, getting a massage and turning in early as I had big plans the next day to explore the temples that Ayutthaya is famous for. As I fell asleep I remembered a quote that reader Brittany sent to me, which resounded so deeply.

“Courage doesn’t always roar.
Sometimes courage is the quiet voice
at the end of the day saying,
“I will try again tomorrow.”
– Mary Anne Radmacher 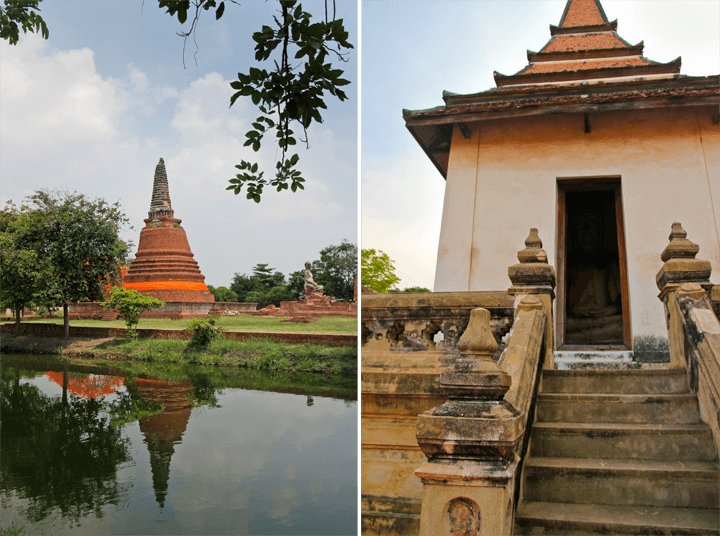 * Sadly no, neither of these places have paid me to sing their praises. I just fell in love with Tony’s Place and drooled on my computer when looking at Iudia.