A Boozy Goodbye to New Orleans

Ten days in New Orleans felt like all of about ten minutes and before you could say “Big Easy” five times fast I was packing my backpack to leave again. Now, some sisters might rest of their laurels and feel that six intense days of Mardi Gras partying was enough for one visit. But not this set of rage-a-holics — we were ready to go for it one last time!

Or, — cough — maybe what we were really ready to do was lay in bed and eat take out and watch six consecutive seasons of Parks and Recreation, but our New Orleans Original Cocktail Walking Tour kept getting rescheduled and this was our last chance to go for it. Maybe that. 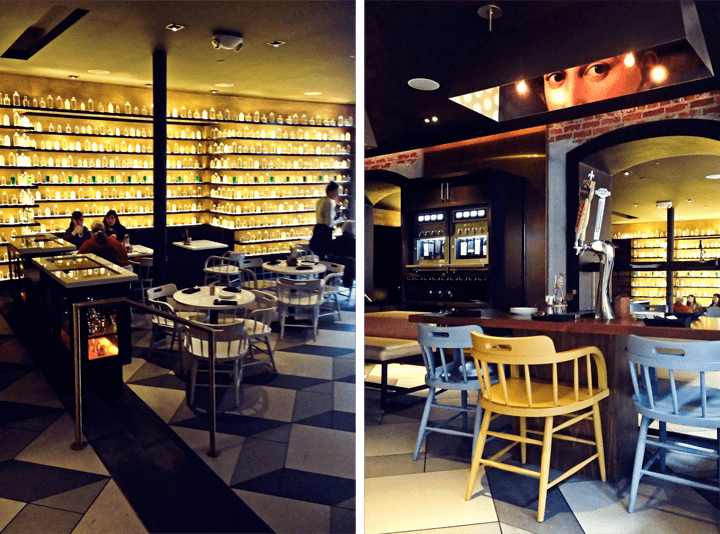 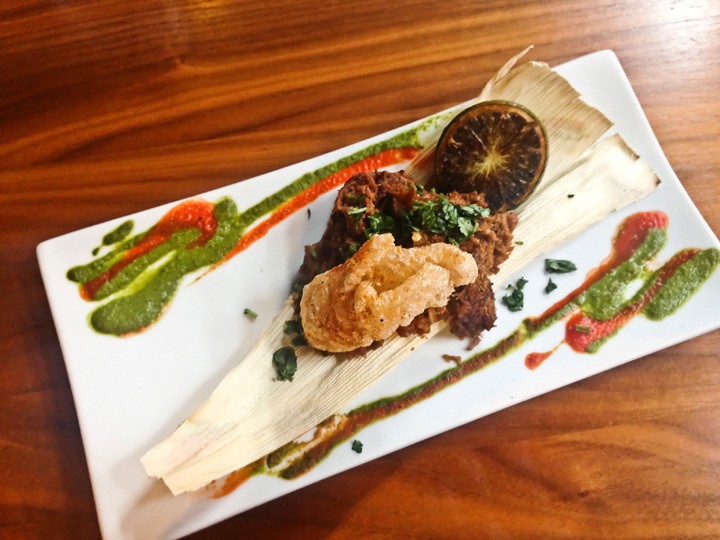 Either way, our final day together found us brunching at the W New Orleans, where cocktails are a mere 25¢ during weekday lunches. Um, yes, you did indeed read that correctly — you can have a three martini lunch at the W for less than a buck on your bar bill. I support this. I also concurred with the menu’s note that there was a limit of three drinks per person, “’cause that’s enough!” Apparently 25¢ martini lunches are a thing in New Orleans, a phenomena I think it is my duty to explore when I return.

But lunch was just our warm up. After grabbing some beignets at the famous Cafe du Monde for additional sustenance, we set off for our cocktail tour meeting spot. It was an unusually chilly day, but our group went from shivering to giggling pretty quickly when our tour guide Brian showed up. He immediately starting bombing us with boozy factoids —  New Orleans is home base for the annual Tales of the Cocktail festival, the social event of the season for serious bartenders worldwide, and is also the only city with an official cocktail approved by the state legislature. Clearly, New Orleans is a city that celebrates sipping — we were in the right place for a cocktail tour. We threw on some tour-branded Mardi Gras beads and threw back a free hurricane cocktail, and set off towards the French Quarter. 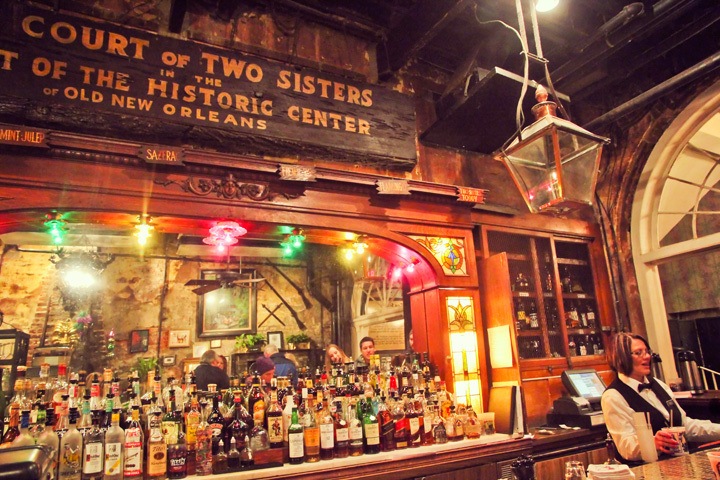 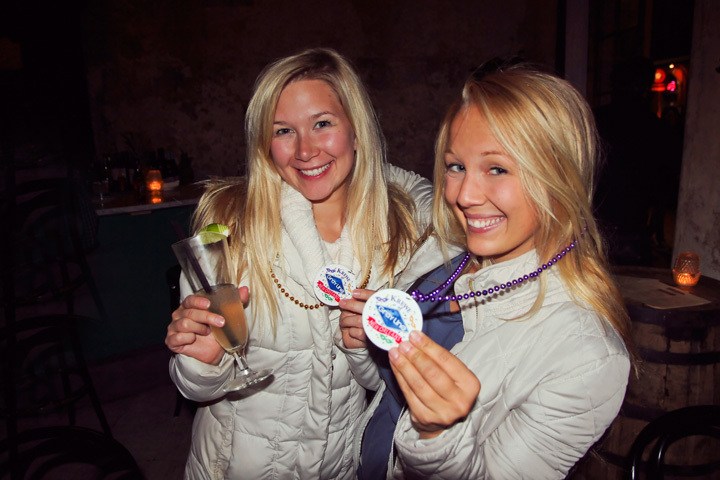 First stop? The appropriately-named Court of Two Sisters restaurant and bar. Brian gave us a quick and dirty history of the place and space before moving onto his recommendation of one of their classic cocktails. At that point we could elect to either buy one of his recommendations or order whatever our little hearts desired. Tempting as the Bam Bam — a whiskey-based concoction — sounded, I decided to bench myself for this round. 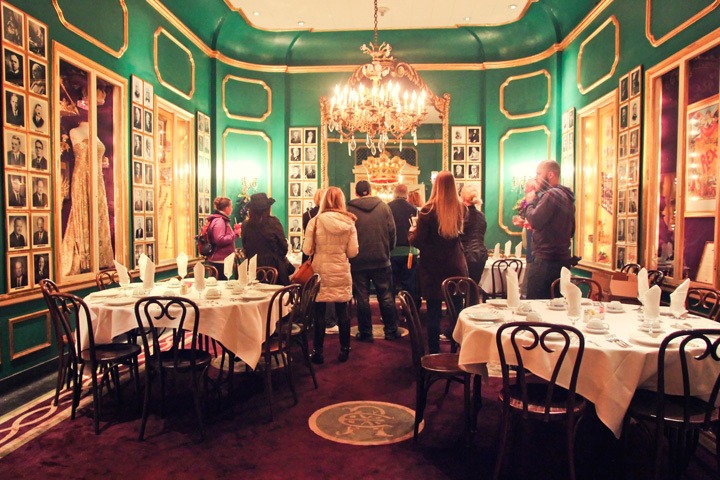 Next up was Antoine’s, which I was immediately charmed to hear is one of the oldest restaurants in New Orleans. We breezed past the fairly innocuous front room and took a tour of the seemingly endless maze of private dining rooms in the back. This was the highlight of the afternoon, getting VIP access to the exclusive domains of the most elite Mardi Gras krewes and New Orleans influencers while hearing the secrets of how Antoine’s survived Prohibition and has stayed in one family for so many generations.

The cocktail of the hour was the Sazerac, anointed the official New Orleans cocktail by the state legislature. The mix of rye whiskey, bitters and absinthe seemed more than my post-Mardi Gras liver could handle, so I went with the more mild alternative offering of a Pimm’s Cup. I’d actually never tried the dry gin, lemonade and cucumber concoction — but it’s now a new favorite. 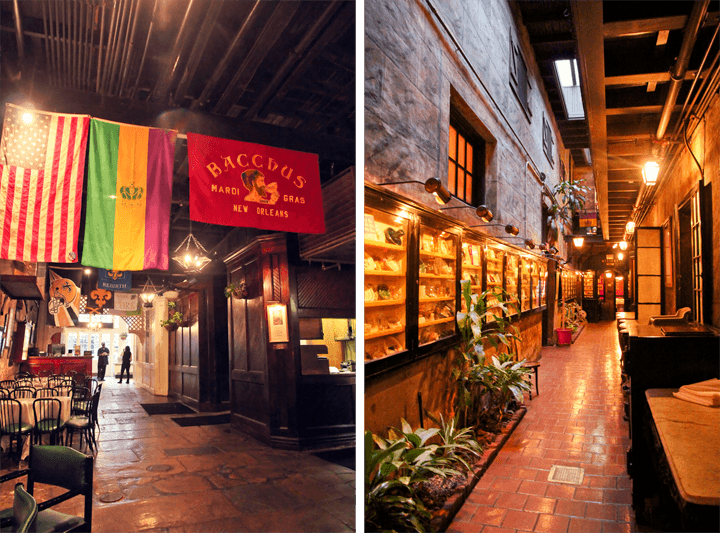 Our next stop brought us from New Orleans’ past to it’s super-hip present. Iris is known for creativity in both the mixologist’s menus and their cocktail naming abilities. Tempted as I was by a certain drink known as an Elephants Sometimes Forget, I gave my body and my budget a break and sipped water here.

I had a lot of faith in our guide Brian’s judgement, and it all came full circle when we arrived at our final destination — Carousel Bar, which I’d visited earlier in my stay and had already fallen for. A rotating bar that serves the best amaretto sour in the South? You had me at free snack mix. 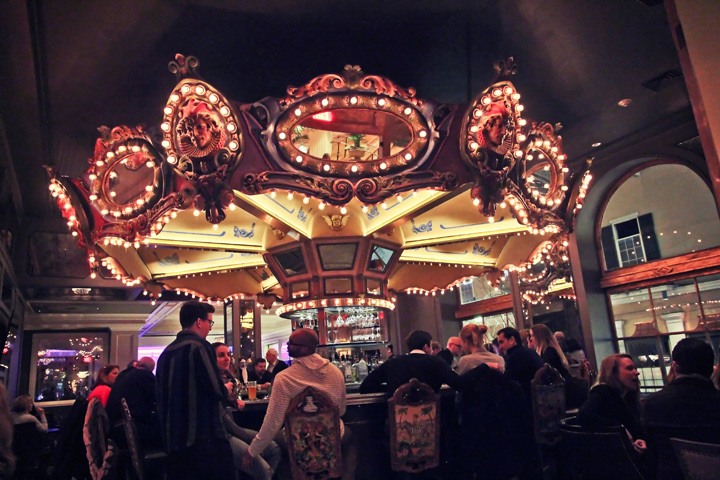 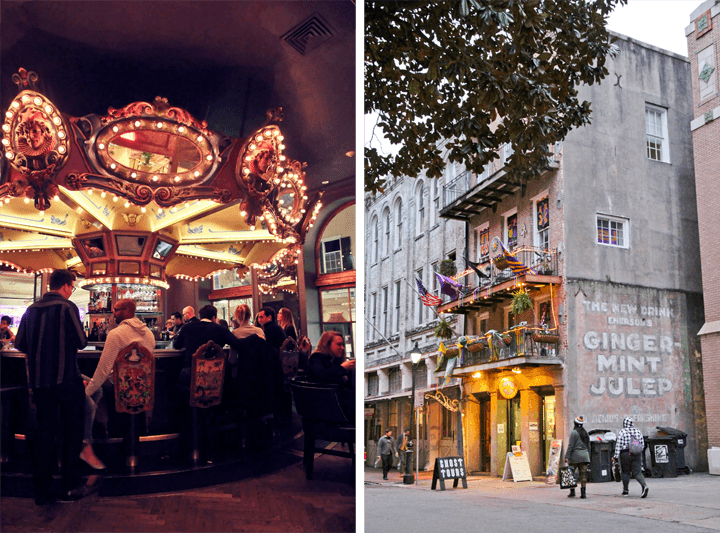 Though our timing was admittedly not ideal (we were still in serious Mardi Gras recover mode) I still can’t recommend this experience highly enough. I’ve taken a lot of tours in my travels and our guide Brian was up there in the top five for knowledge, engagement, and passion for his topic of tour. There’s simply no better way to drink in the cocktail culture of New Orleans.

Though we said goodbye to our tour buddies after that, Olivia and I still had one more stop for the day. My friend Nadia, who’s been featured in my Earning Abroad series, was in town for a design conference and we made plans to catch up at Cane and Table with my sister and her boyfriend. That’s the lovely thing about having a massive group of wanderlusting friends — you never know where you’ll run into one next. Over dinner we talked New Orleans, art and design, and of course, where we were all headed next. 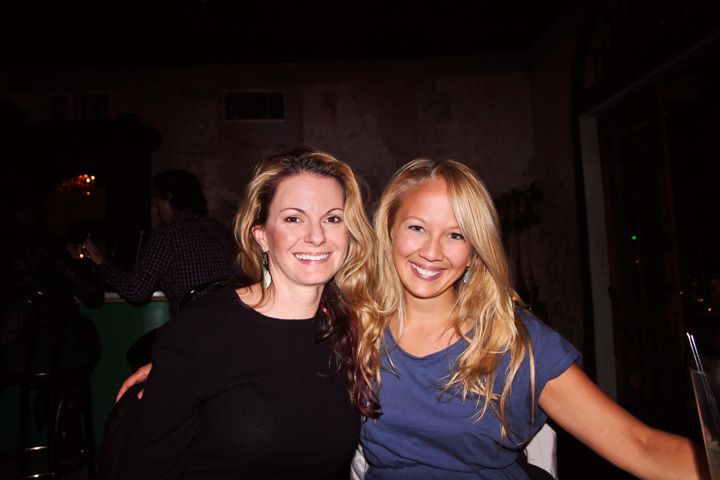 I fell crazy in love with New Orleans on this trip. I always felt a calling to the city and was more excited than Olivia was when she received her placement there. My first trip didn’t disappoint. New Orleans, I’ll be back. Take care of my baby sister in the meantime.

Did I miss any of your favorite New Orleans activities? Let me know for next time! And coming up next… California!