Physically, the key I dangled from my finger was little more than an intricately cut, nearly weightless piece of brass. But as I looked down at this particular sliver of metal for the last time, it felt like much more.

Giving a spare one to a neighbor is a sign of trust. Presenting a fresh one to a significant other is a show of intimacy. For me, just having one, the same one, for nearly seven months in a row, was a sign of stability. 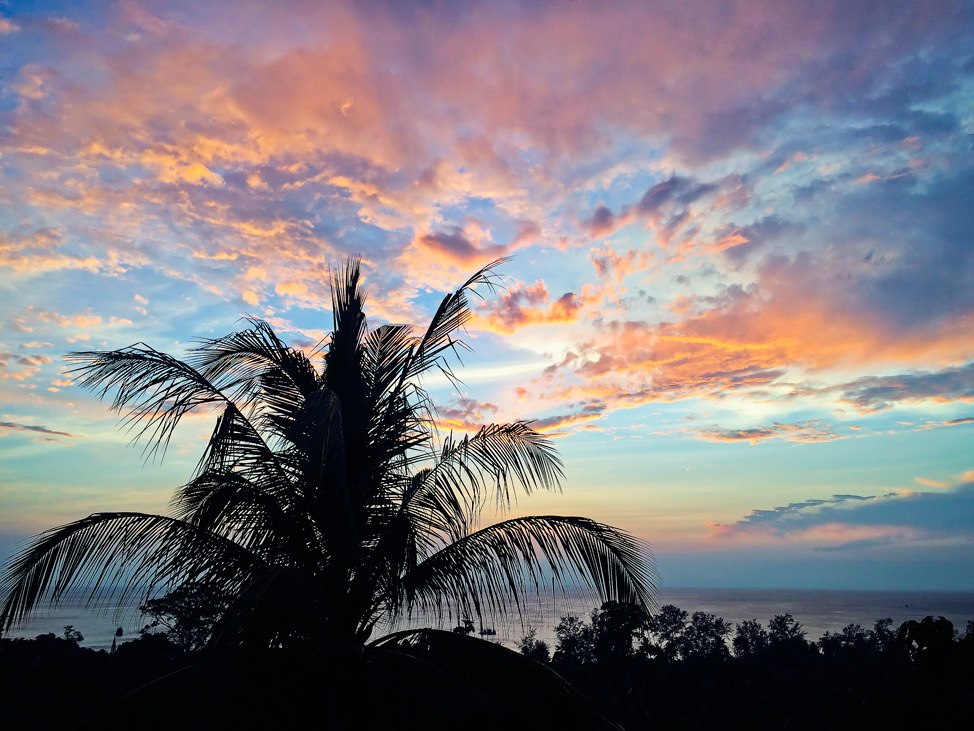 I couldn’t count the number of keys I’ve had over the last five years. Plastic hotel key cards, tiny padlocks for hostel lockers, a smile through the peephole when relying on the couch and kindness of a friend. I chose that life for myself and I loved it, but I also recognized when it was time to slow down. The key I held in my hand was mine for longer than any I’d had since I left New York in 2011. I squinted down at it one last time and marveled at the miracle that I’d never lost it.

I felt a surge of emotions as I slipped it off my Diet Coke keyring and handed it back to my smiling landlord, en route to the ferry that would carry me away from the island that has always felt like home. 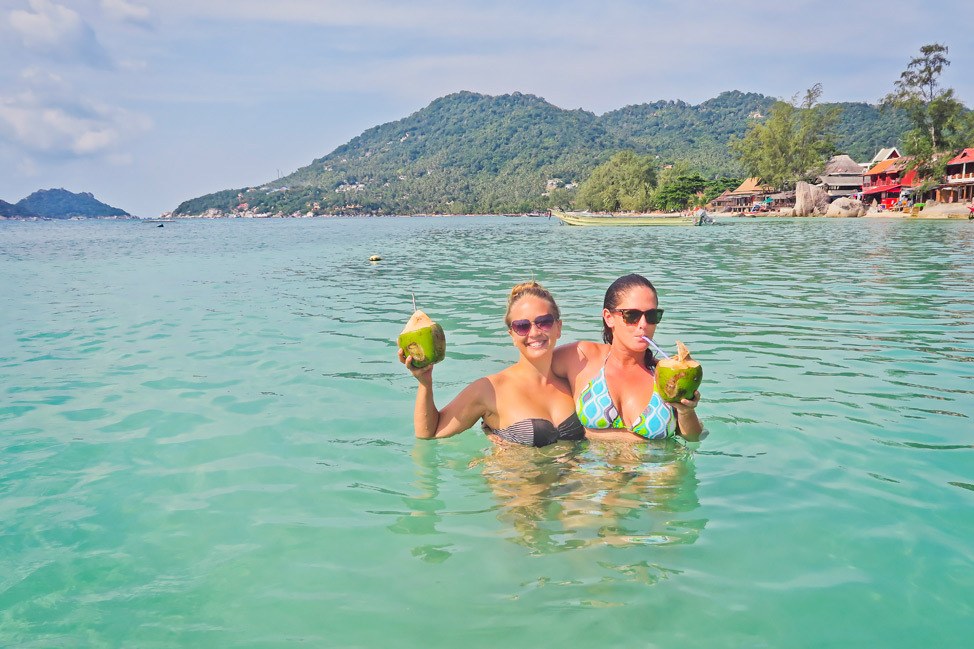 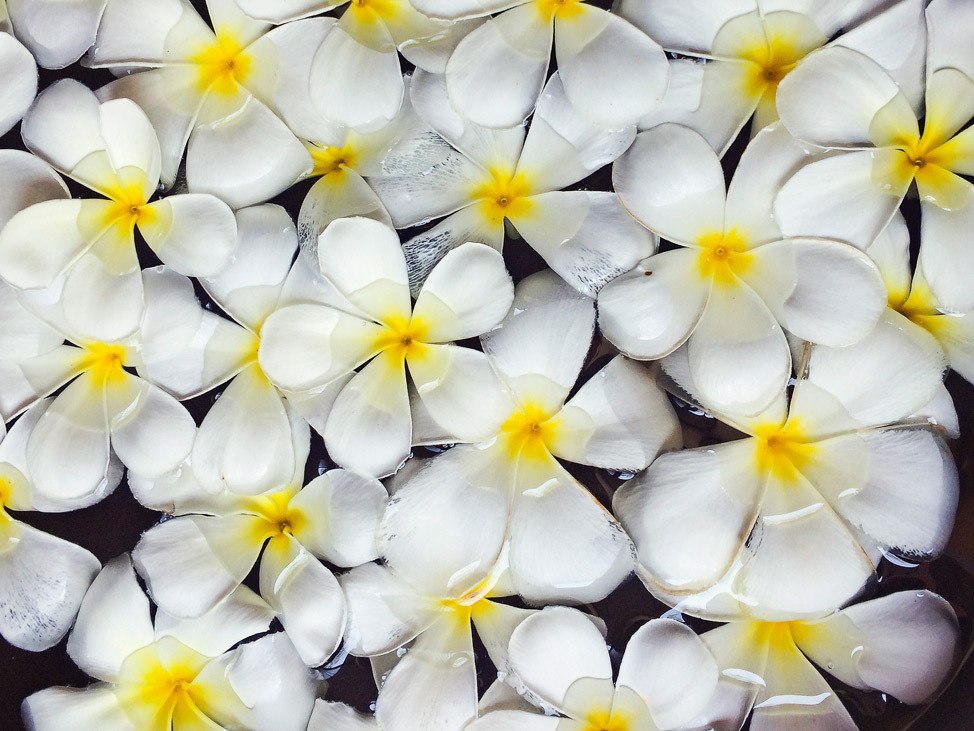 When I first arrived back in Koh Tao, I wrote a post about my anticipation of more than six months of stillness. Those six months are over, and I’m now back on the road in Brazil. I’ve already begun sharing parts of my latest Thailand adventures with you, but in many ways I needed to soak them in and let them settle fully before I was able to reflect on how this chapter would fit into my greater journey.

While I began this trial period of having a home base again with much excitement, I also had some reservations. I was worried about feeling fidgety, about my wanderlust taking hold and about giving up such a gorgeous chunk of time that could potentially be spent exploring some exotic new continent. As someone who genuinely panics on occasion about running out of time to see everything they want to see in the world before they die, this was a concern. I also worried about trying to run a business from a remote Southeast Asian island, and if I would make myself irrelevant by effectively benching myself for half a year. 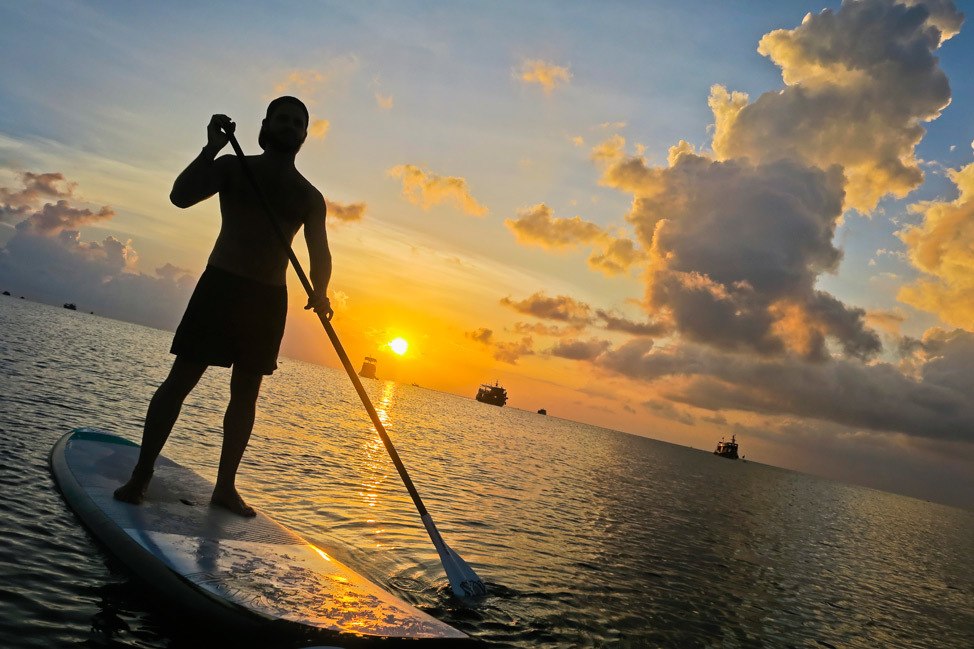 Y’all – I had nothing to worry about. Sure, I was a little restless at time, and yes, island fever did kick in. In my last month I was pretty excited to begin a new adventure (my final week, in which the weight of leaving kicked in and I woke up every morning filled with dread over all my looming goodbyes, was another story.) And there was a serious adjustment period to the idea of having a routine. After years of non-stop mental stimulation and constant adapting to new environments, my brain needed to be re-wired a bit to appreciate the beauty of weeks in a row where my days were pretty much played on repeat and consisted primarily of office hours.

But it was exactly what I needed. One day, when I was kicking myself for not making progress on a project I so longed to finish before leaving the island (spoiler alert: not even close) and stressing over whether or not I’d made the most of my downtime, I made a list of all I had accomplished. And you know what? It was a pretty badass list.

• I spoke at my first TBEX conference
• I signed deals with PADI, Capital One, Kayak, and Abbot, among other major brands
• I automated or outsourced several parts of my business that were no longer feasible for me to complete alone
• I set up a new affiliate program and set wheels in motion to create new income streams
• I signed with a business manager that I’m already over the moon to be working with

And thanks to the large amount of work time I had, the low cost of living and traveling in Thailand and the fact that by staying stationary I seriously cooled it in the spending department:

Heck yes! When I read through those bullet points, I feel proud. Taking time off from being a full time nomad meant I had time to be proactive and do more than just keep my head above water. And after seriously depleting my savings over an indulgent summer, it was both necessary and very mentally soothing to take some time to refill them. 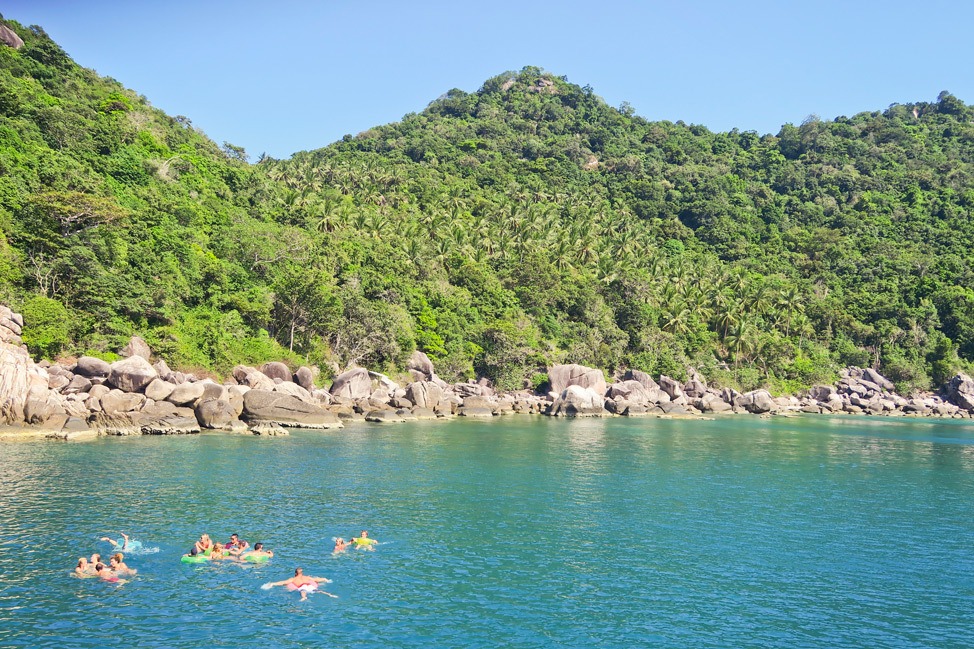 But developing a Wanderland HQ was about more than just ticking things off my to-do list or watching my bank account grow again. It was also about getting to experience one special place deeply and meaningfully. And while after six years of traveling to and from Koh Tao I might have thought I knew it inside and out, I was reminded that I’ll never be done exploring. Who knew that on this teeny tiny island – just 13 square miles! – there was so much to discover. Look out for posts about the following new-to-me experiences on my favorite old island: 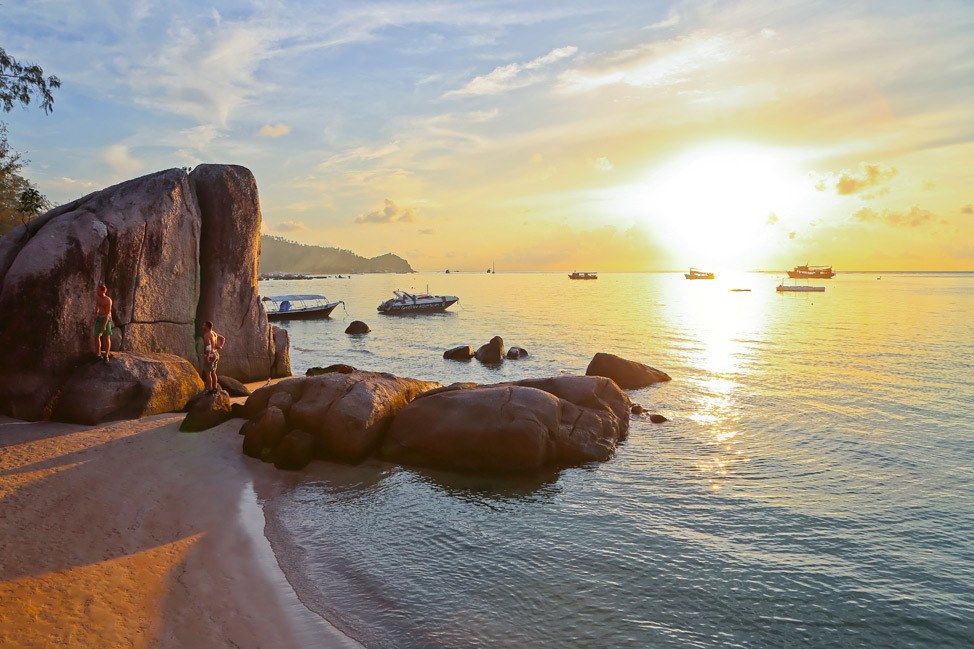 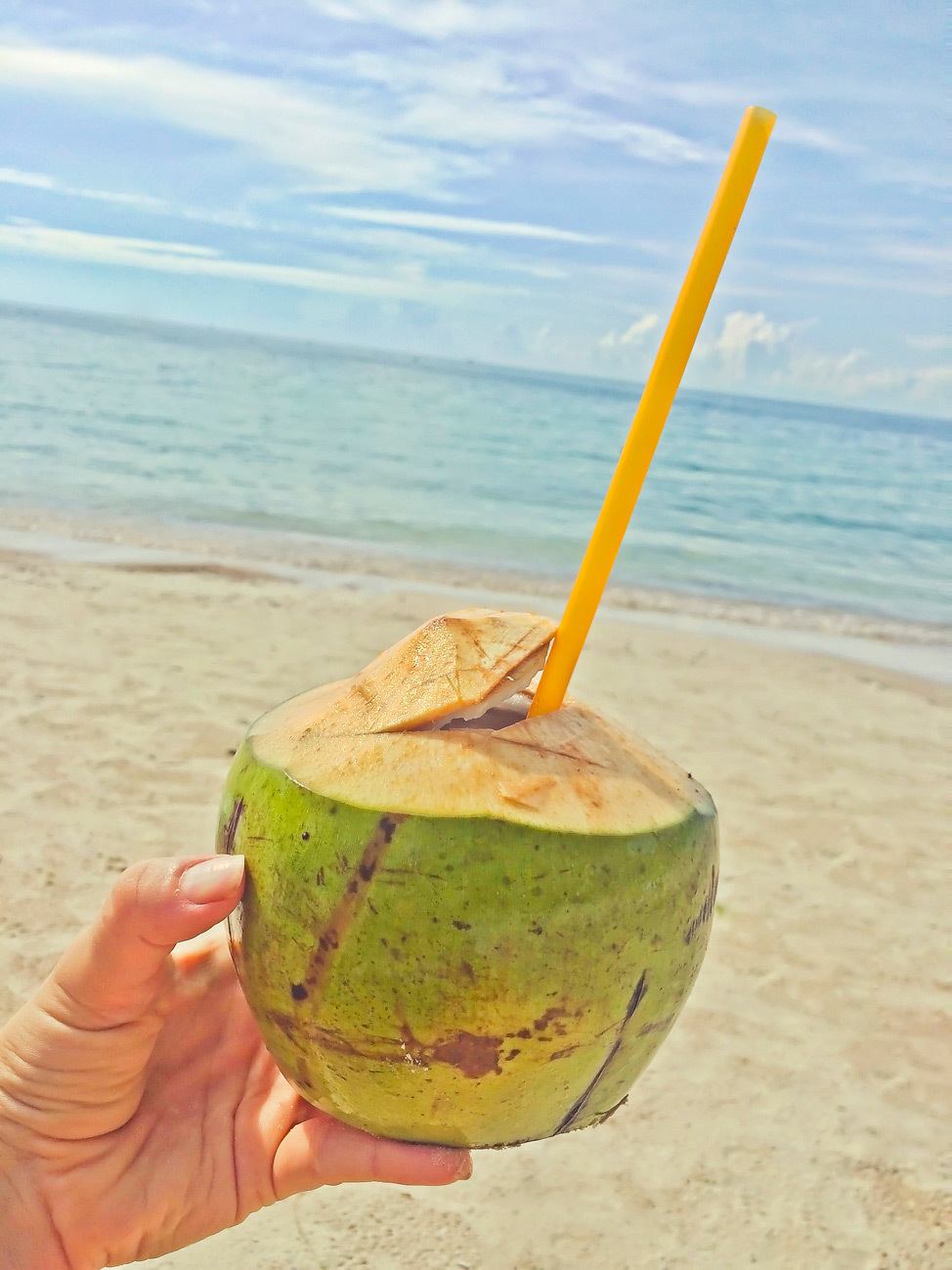 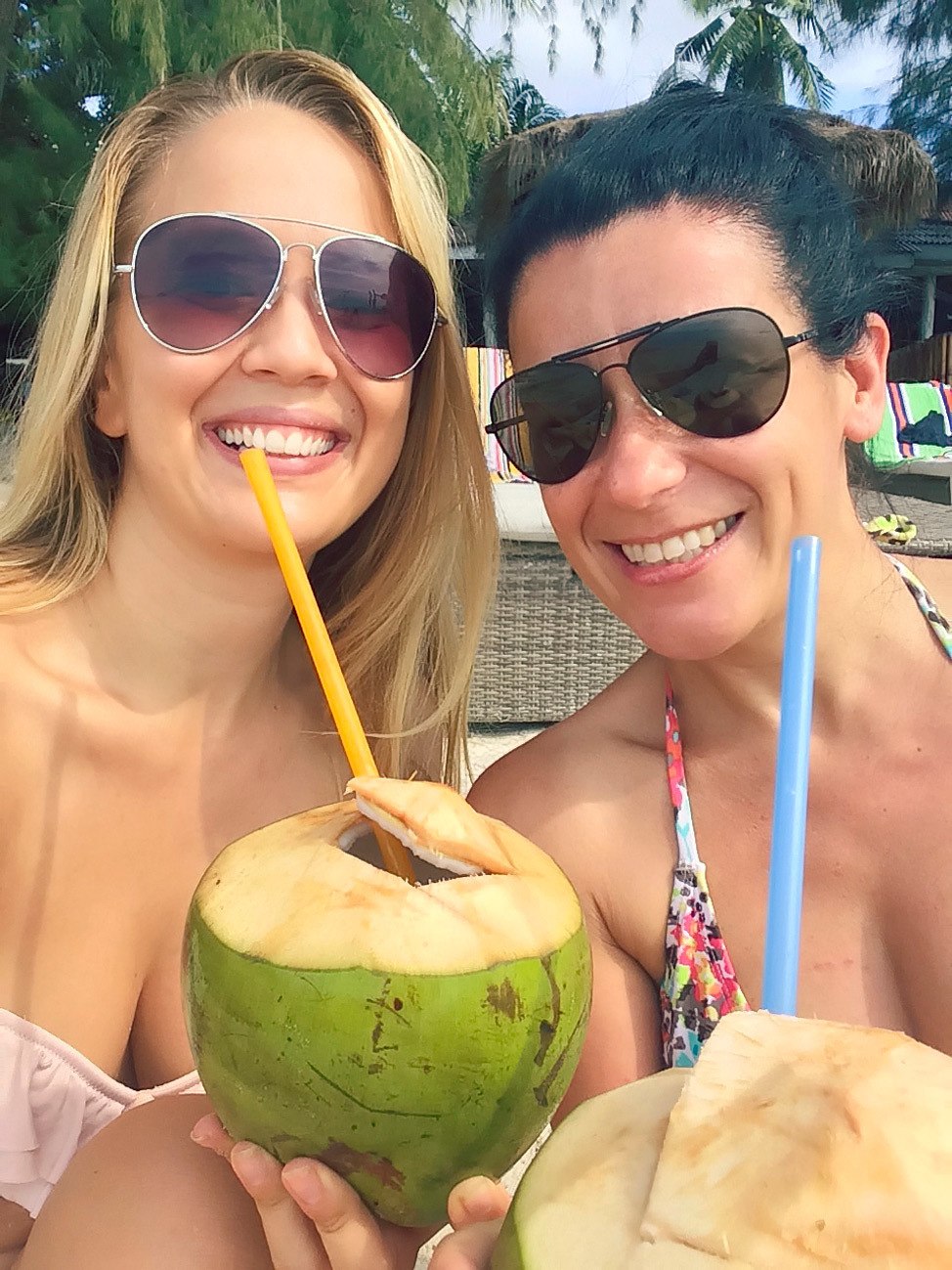 And of course, I didn’t stick just to Koh Tao the entire time – nor could I have, as visa restrictions alone force me off the island every sixty days and out of the country every ninety. My longest period off the island was two weeks, though in general I stuck mostly to weekend trips. Here’s where I went:

• Bangkok — many, many times for many different reasons!
• Koh Samui for a couples getaway and later a girl’s weekend
• Koh Phangan for a villa vacation with my expat crew and later for a Full Moon Party with some friends visiting from home
• Khao Yai National Park for a camping and hiking trip
• Hua Hin for some alone time with Ian
• Khao Yai wine region for a “Wanderland Vacation” – what my group of friends in Thailand calls the trips I plan for them!
• Khao Sok for my friend Janine’s birthday
• Siem Reap for a visa run turned Cambodia trip
• Phuket for a work campaign

While about half those destinations were repeat ones, half were in fact new to me. Thailand continues to amaze, and I’m ever adding to my list of new corners of it to explore. 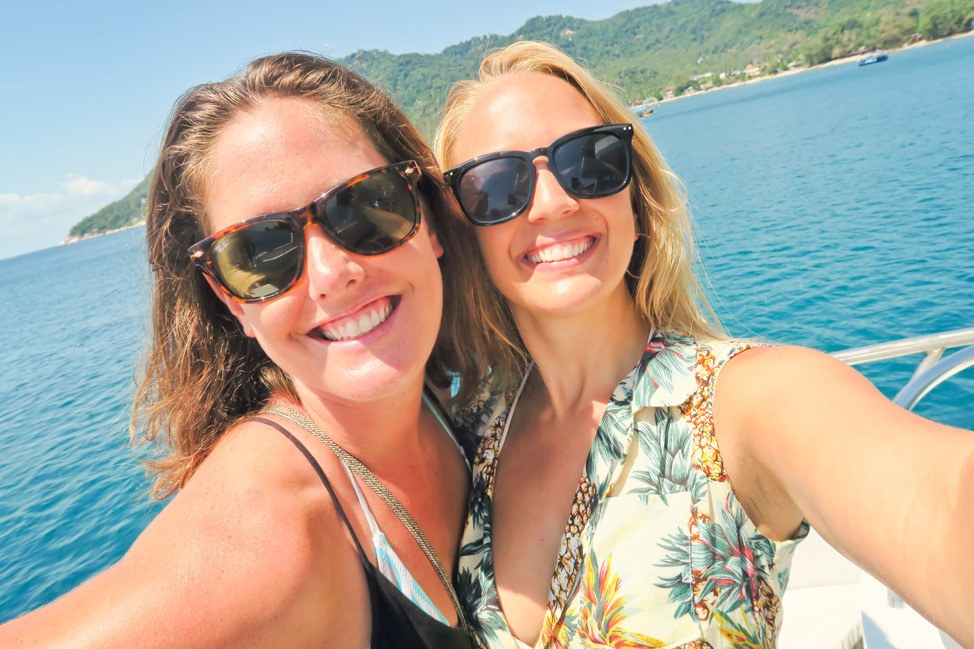 Yet by far the greatest aspect of the last seven months was the people I spent it with. While I truly treasure my independence and my own company and did occasionally miss it over those seven months (no one is ever truly alone on Koh Tao!), I wouldn’t trade the world for the amazing company of my Koh Tao community. I treasure the friendships I have made on that island and what keeps me coming back, year after year, is the fact that I feel so deeply bonded to my friends there, that they feel more like family. Getting to spend so much time with them was a gift. 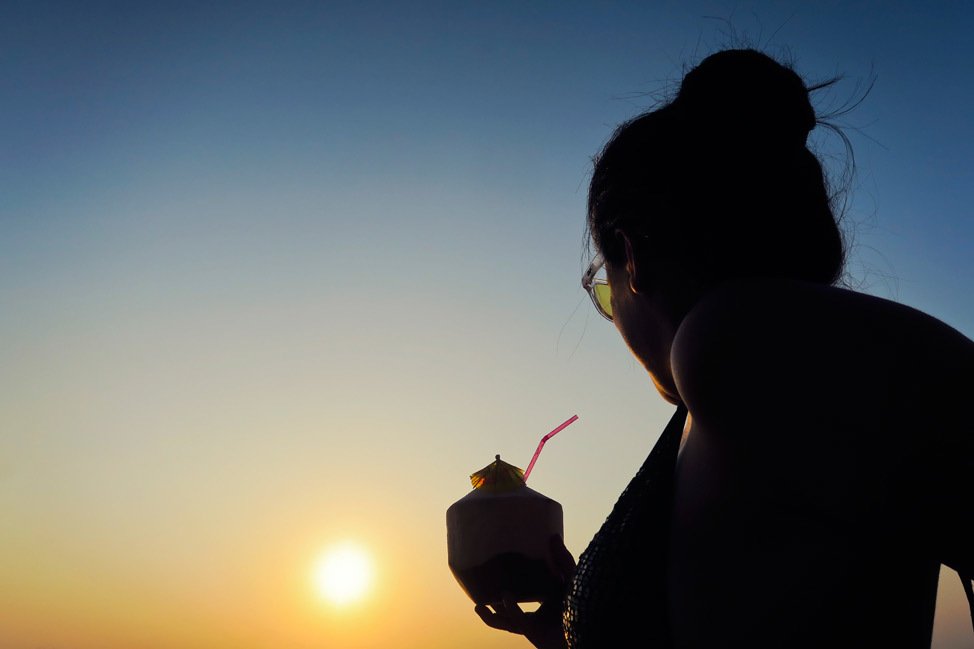 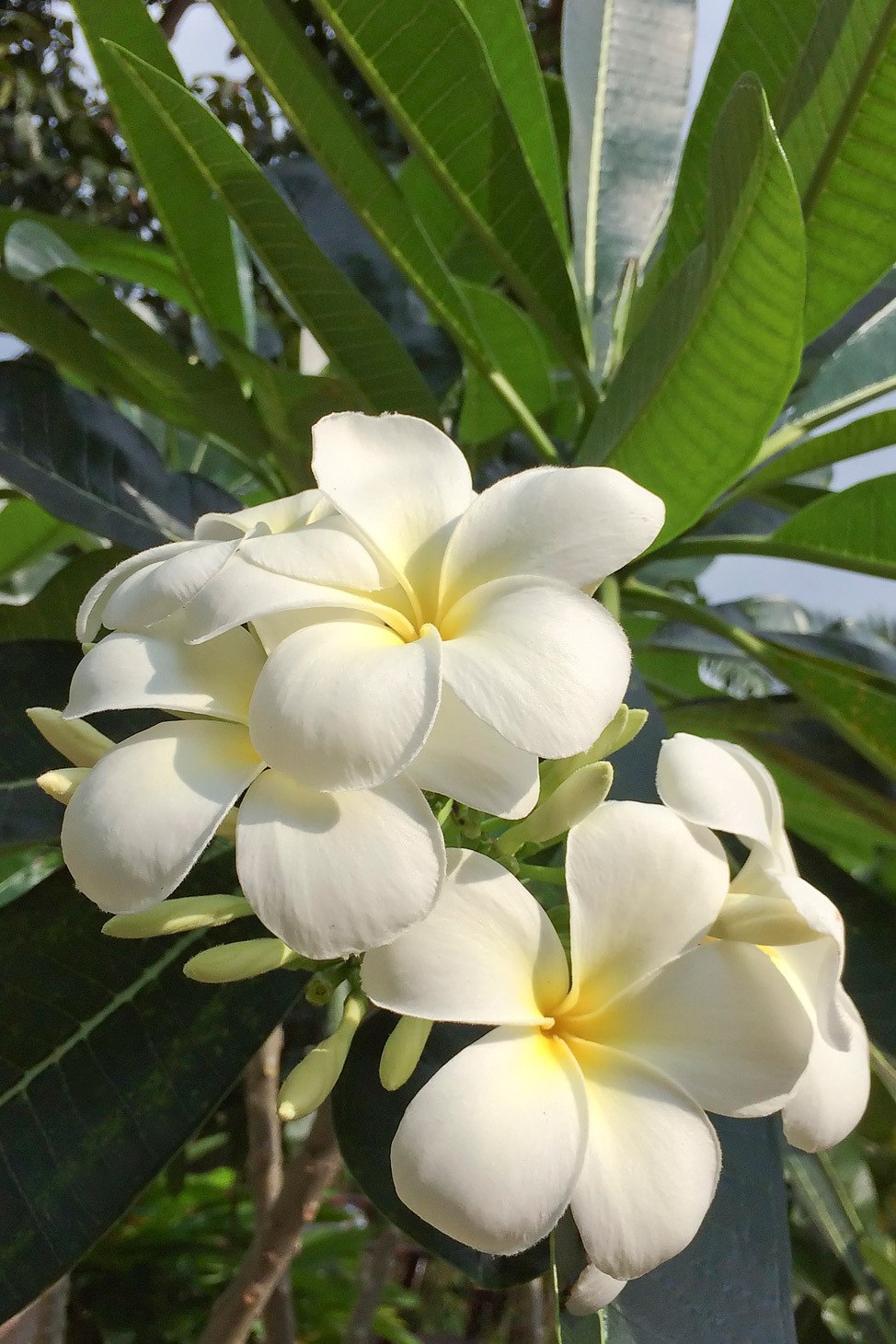 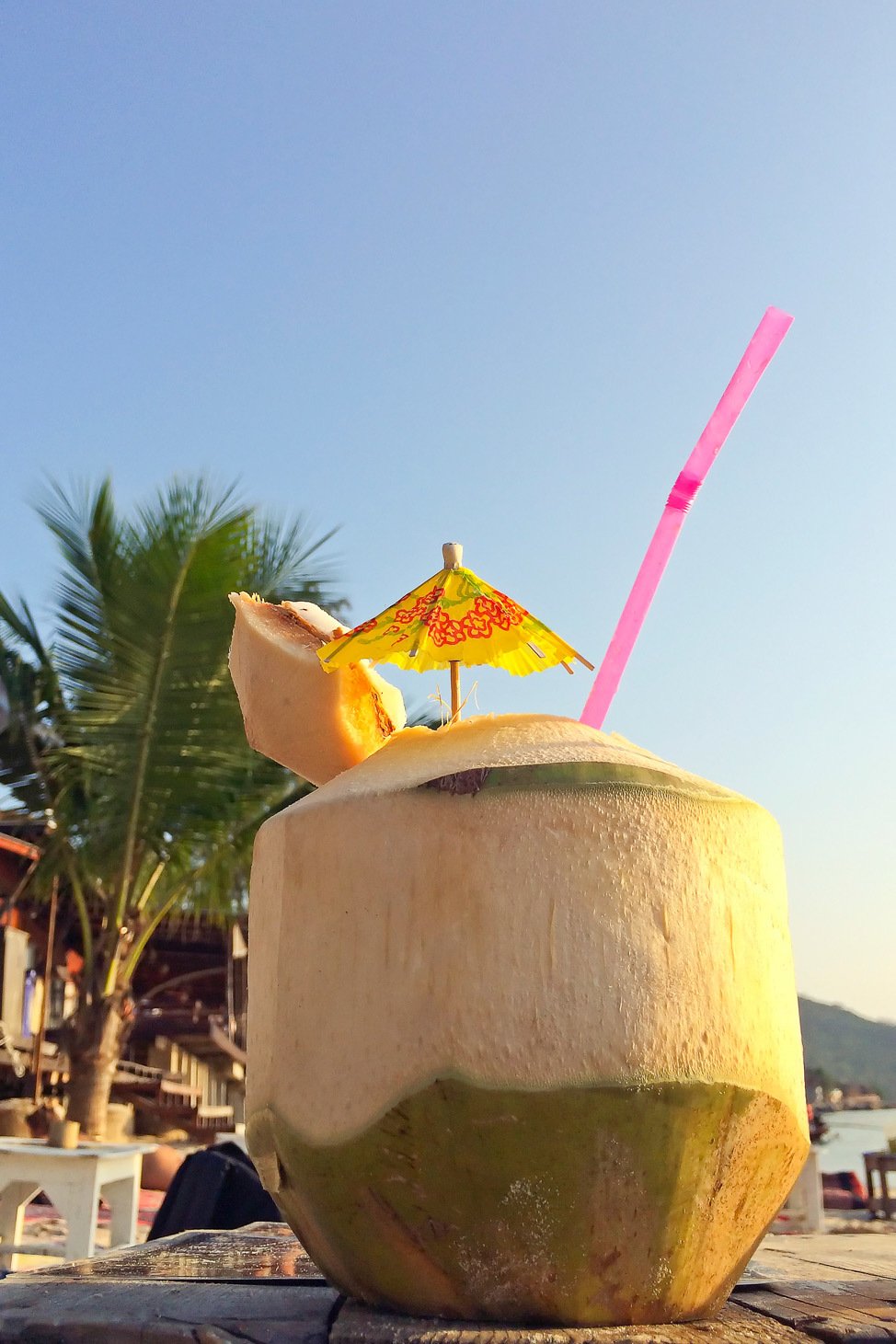 So yes, this perpetual nomad loved having a home base. Did it come with its sacrifices and drawbacks? Yes, but every lifestyle choice does. Did Koh Tao occasionally drive me insane with its limited resources and small island limitations? Yes, but that’s what I call “the paradise tax.” Somehow, in looking for an equilibrium between work and play, a sense of adventure and a sense of home, independence and community, I seem to have stumbled onto the far edges of this elusive thing they call balance.

And so the question I asked myself when I first held that key in my hand – is having a part time home base again a part of my new normal? – seems to have answered itself. I’ve dropped hints at this here and there, but now it’s official — I’ll be returning back to Koh Tao in late 2016 to do it all over again. 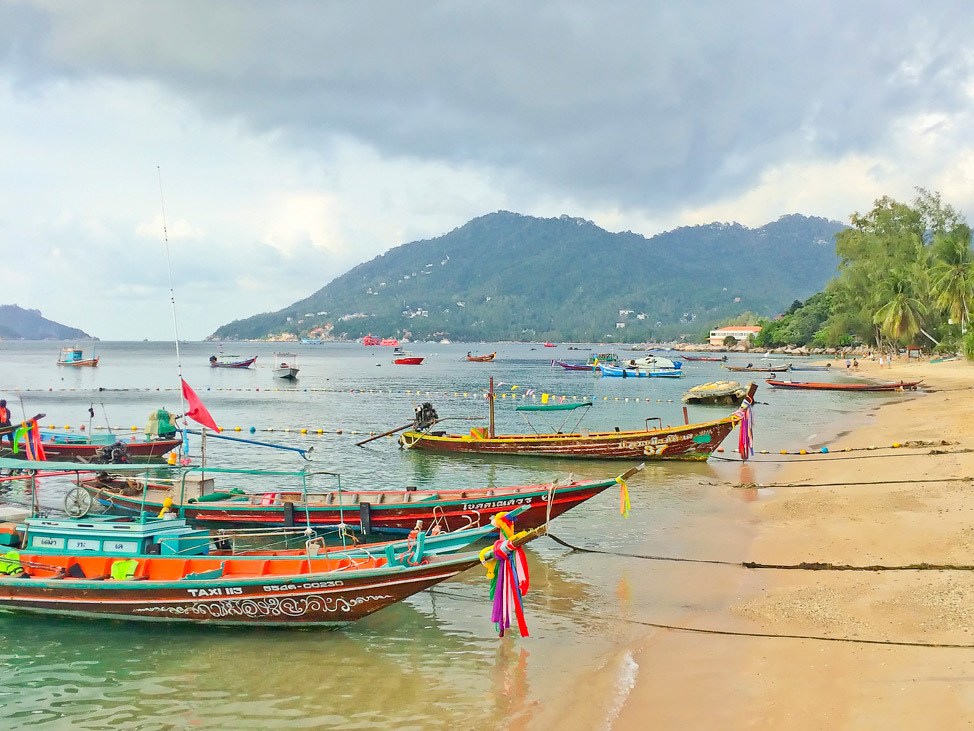 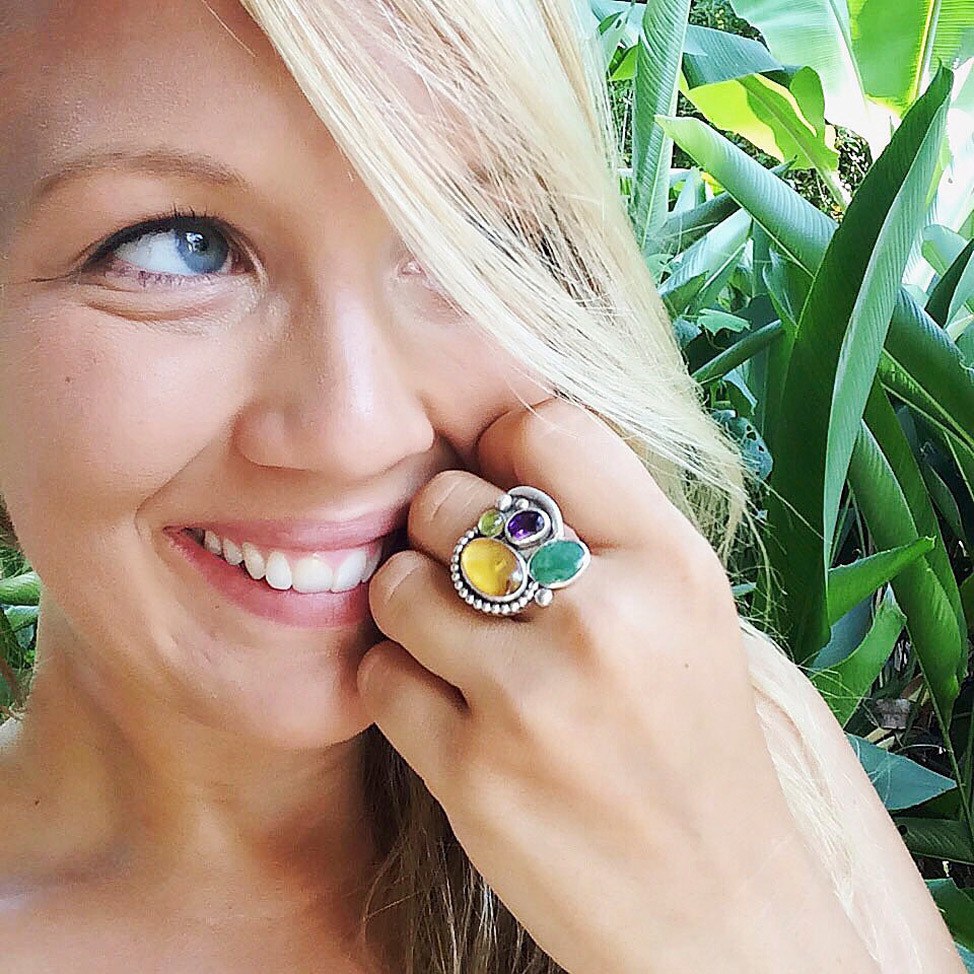 I can’t wait to continue sharing more about my time in Thailand with all of you! Holler in the comments if there’s anything about Koh Tao, re-establishing a home base, or any of the other destinations I visited that you’re anxious to hear more about.

A Top Down Tour of Joshua Tree National Park See You On The Flip Side: A Review of the Flypside App
60 Comments...