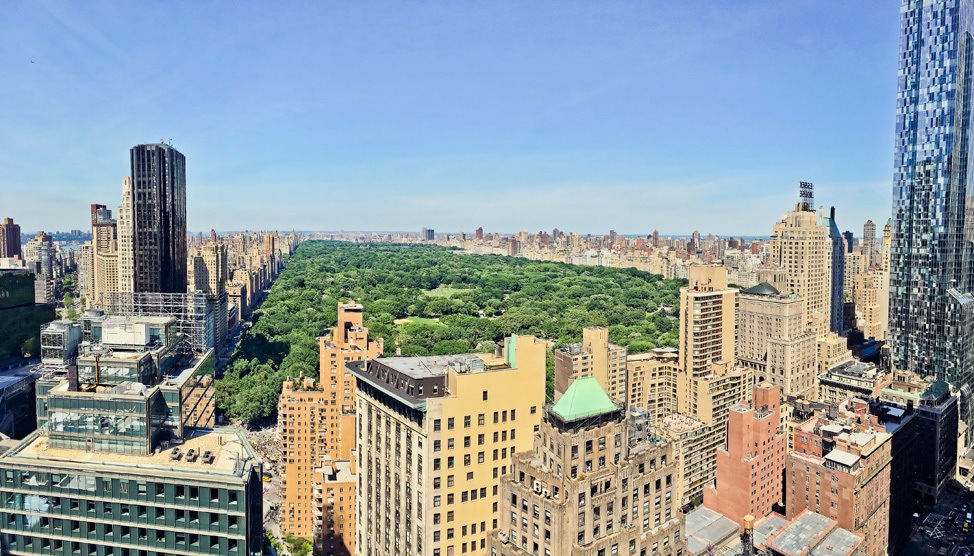 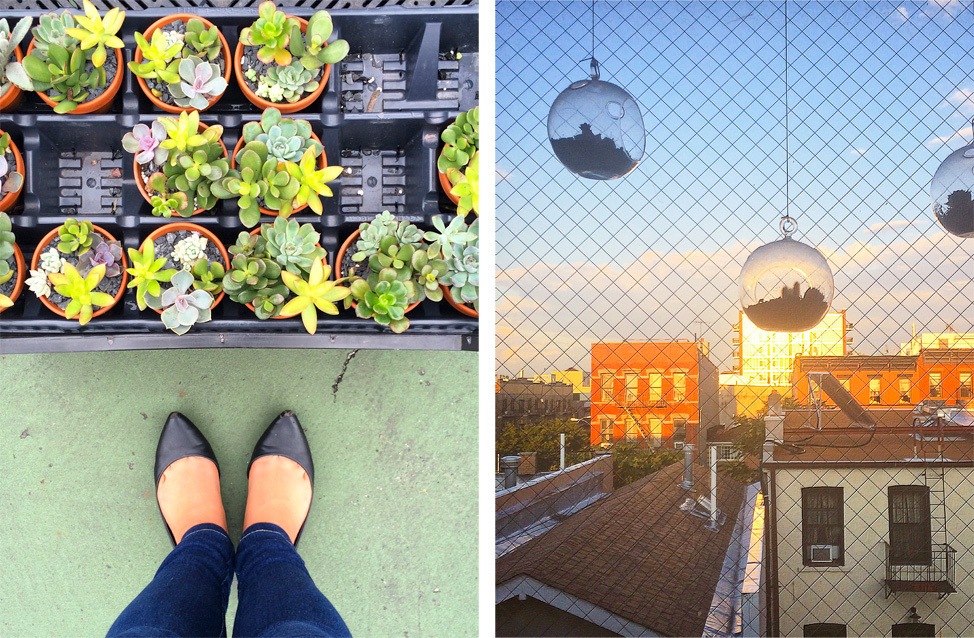 It’s a bit of a sore spot for me to think about how little time I spent there — the city I called home for four years — while I was stateside this summer. A mere twelve days. One night before hopping a flight to Nashville, three nights after landing from Aruba, and one glorious week breaking up a long stretch Upstate in Albany. But twelve nights in the five boroughs is not enough. Not even close.

Generally I do try to split my time in New York State pretty evenly between NYC and Albany, but between family obligations (a joy!), taking care of my pup Tucker (a joy!), and some irritating health issues (a pain!) I found myself spending the vast majority of my days in the Empire State up in the capital. 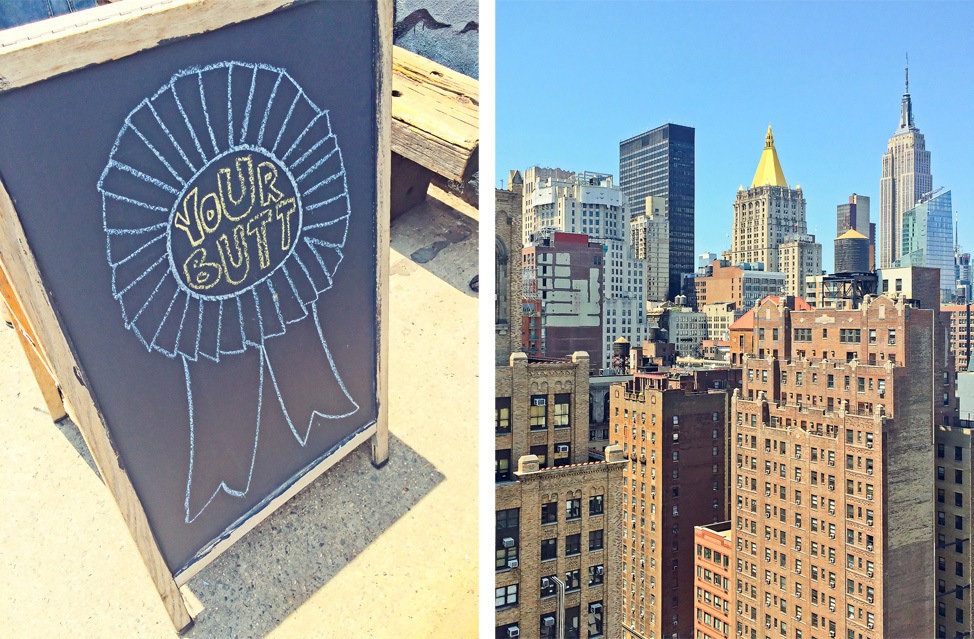 So that’s the sad part. The happy one is that I made the absolute most of every minute of those twelve days I did have. Lunches and brunches and dinners and drinks with friends from all walks of life — high school, college, work, travel — comprised of most of it. I even got to meet my girl Justine’s brand new baby while the family was still holed up in a hospital room with views of the Hudson River. Everything was perfect.

These are the people who make the city for me, and one thing that made my small amount of time there this summer bearable is the fact that I actually got to see a lot of them elsewhere this year — like my college crew, who gathered on the shores of El Salvador for ten days of bliss in February, or a smaller contingent of the same group who I met up with again and again in Guatemala in March. 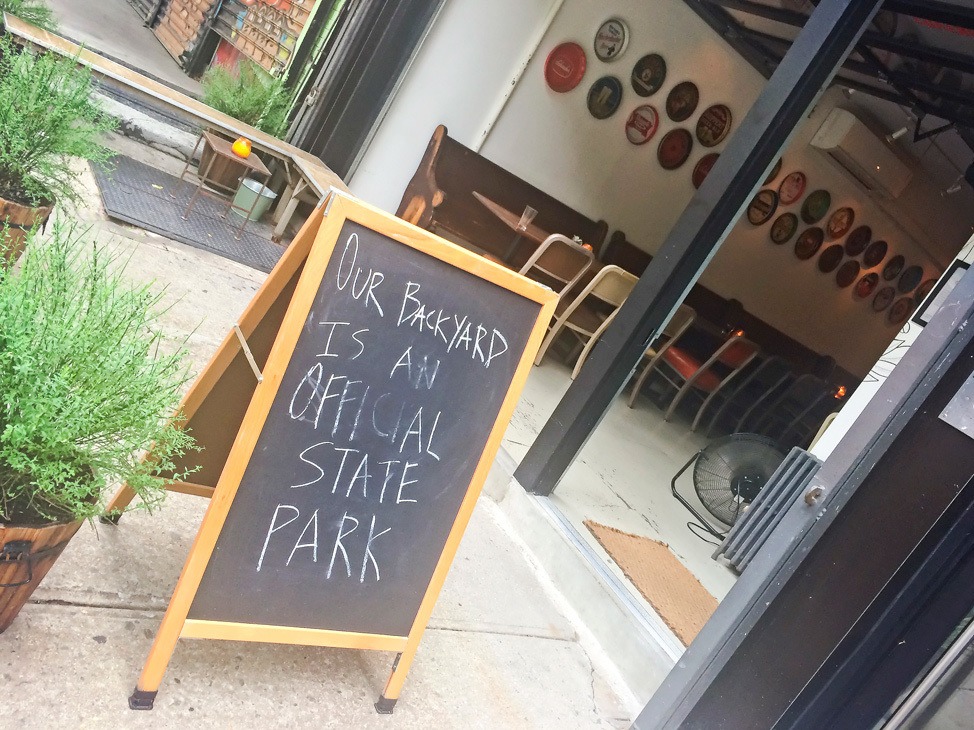 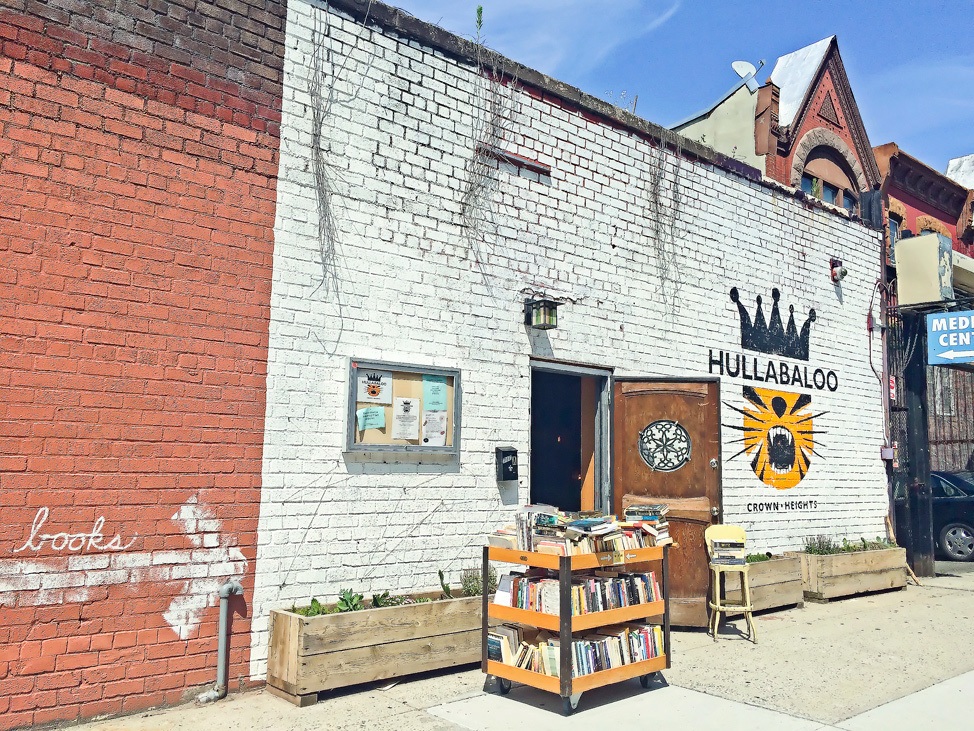 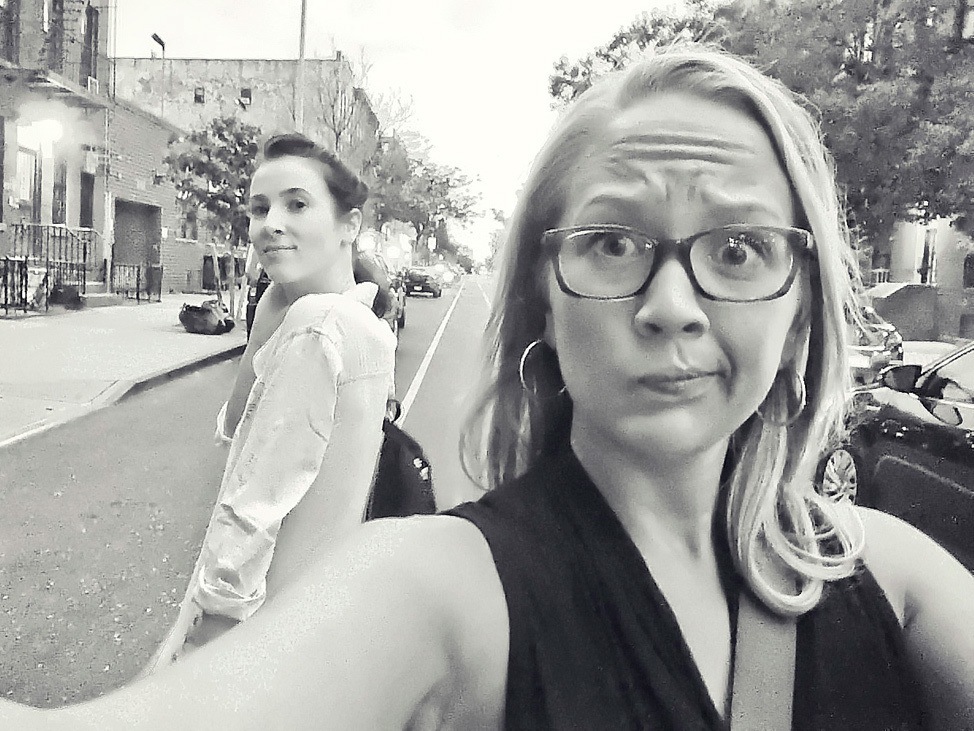 My time in New York City is mostly comprised of small pleasures, like meeting a friend for smoothies on the sidewalk, taking the subway to my old favorite salad place, or sitting on a familiar rooftop and watching the sunset. My trips here tend to be more about nostalgia now, and less about discovering new adventures.

That did change on on Sunday afternoon, when I joined the Future Clear crew for a trip to Fort Tilden Beach. Future Clear is the group of my friends that organized the amazing Equilibrio festival this year. While this one was closer to home, it was full of fun surprises and well attended by Brooklyn’s year-round Burning Man community. 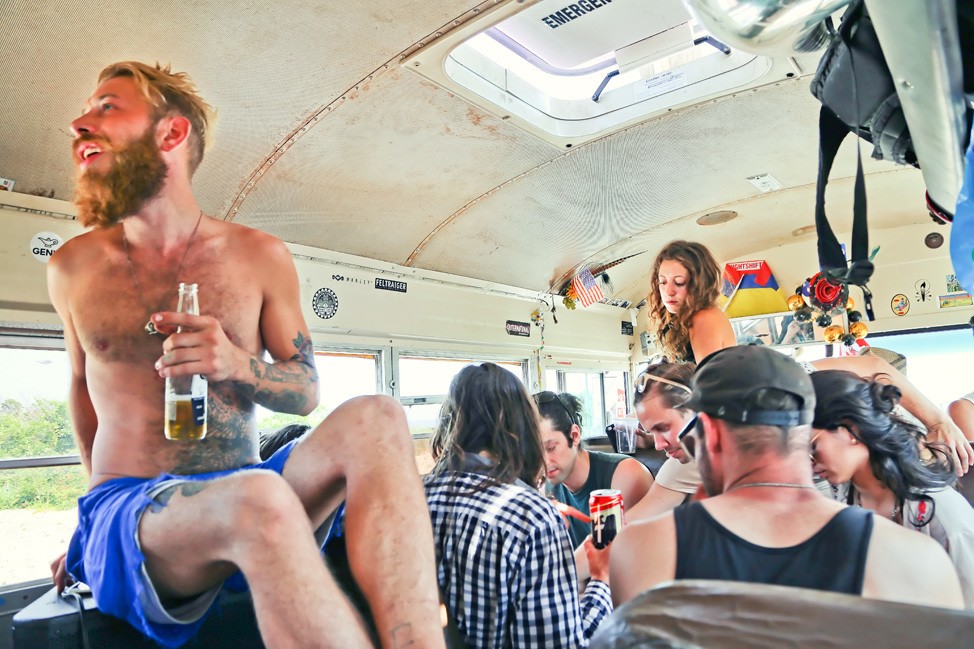 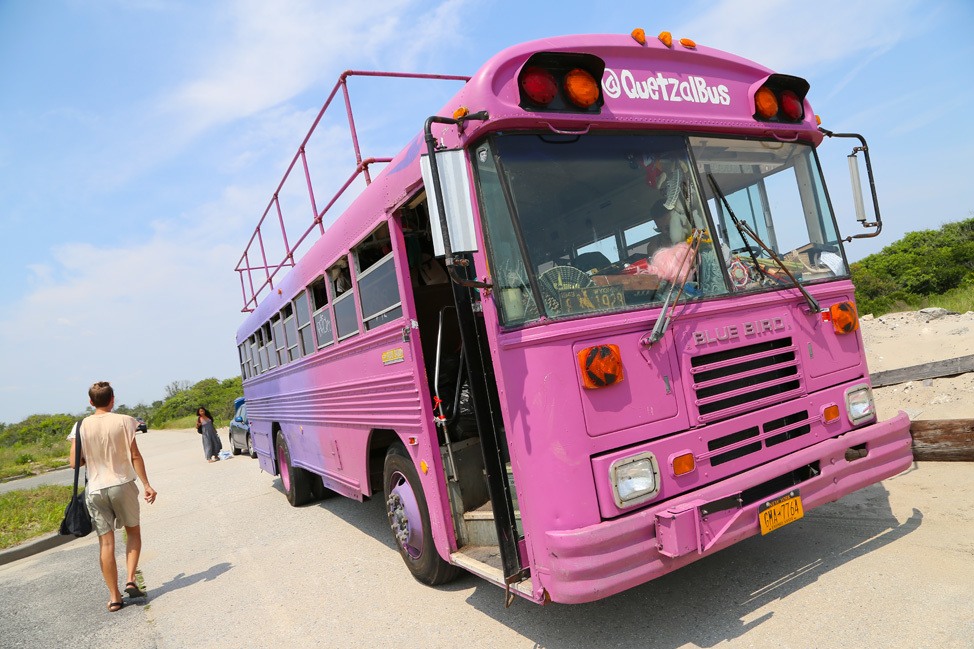 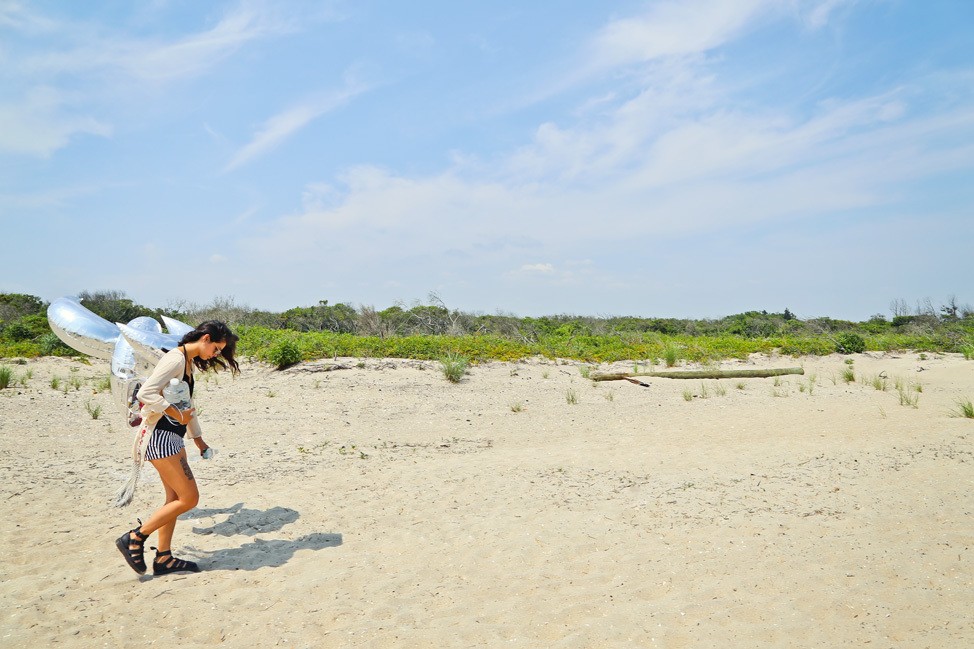 I would say the number one selling point getting me on that bright purple bus (as if I needed one!) was a free Buti Yoga class on the beach. Fort Tilden isn’t trendy like Rockaway nor campy like Coney… it’s mostly enjoyed by nature lovers, fisherman and some families. So suffice it to say we did draw some smiles and stares with our spirited routine.

It was an amazing class, and I can’t wait to try this tribal dance-infused version of yoga again! 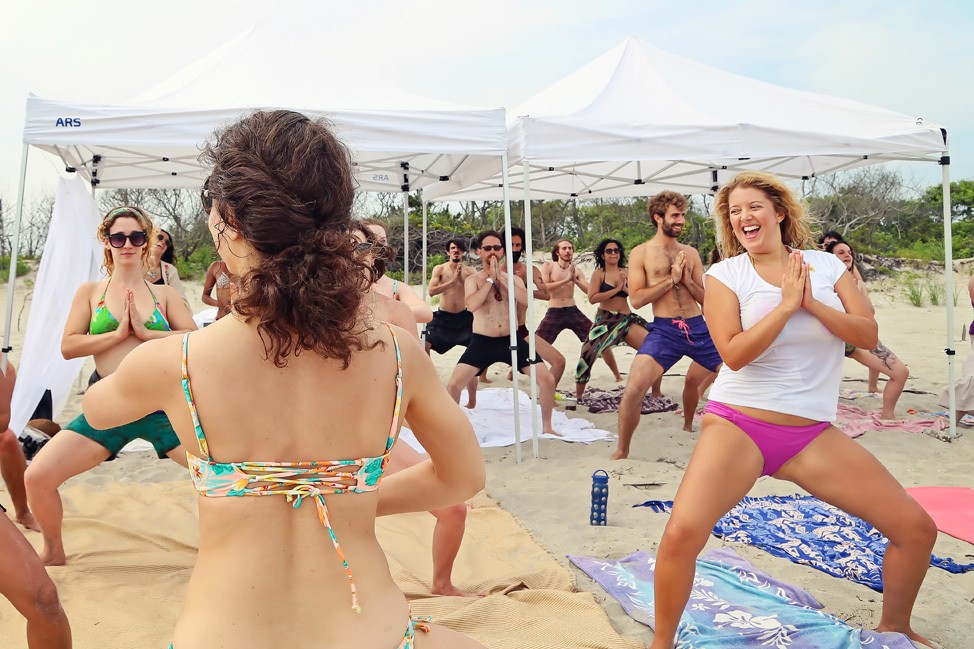 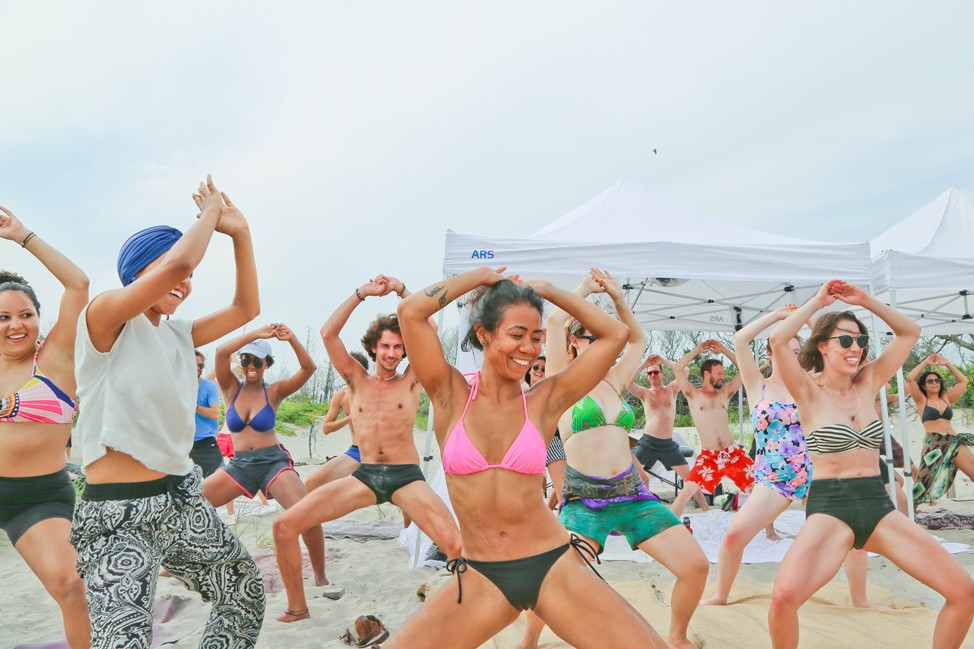 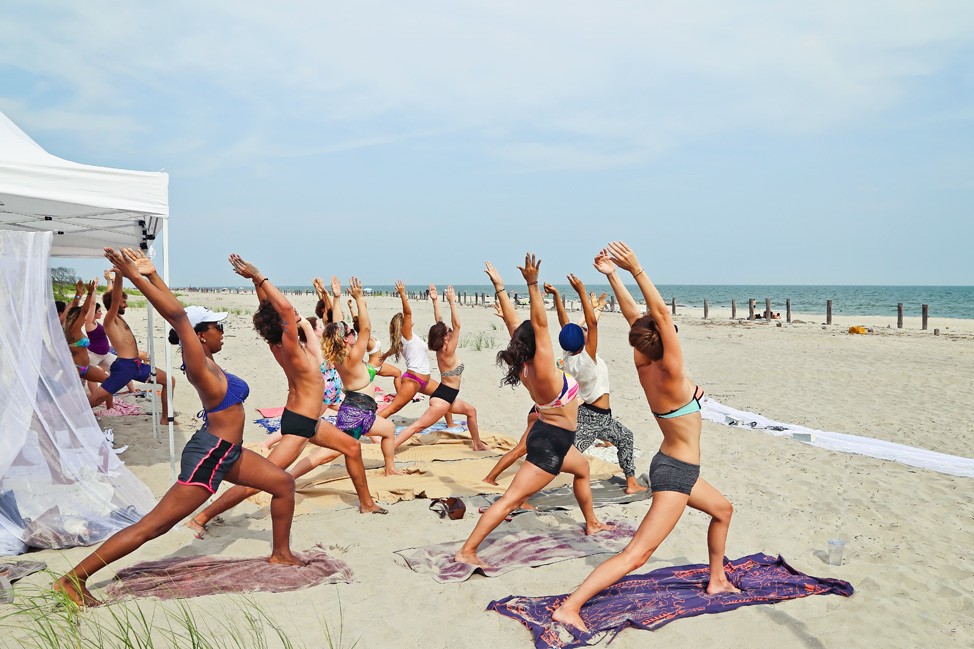 But when we weren’t performing sun salutations, there was plenty else to occupy our time. Like other kinds of sun worship… 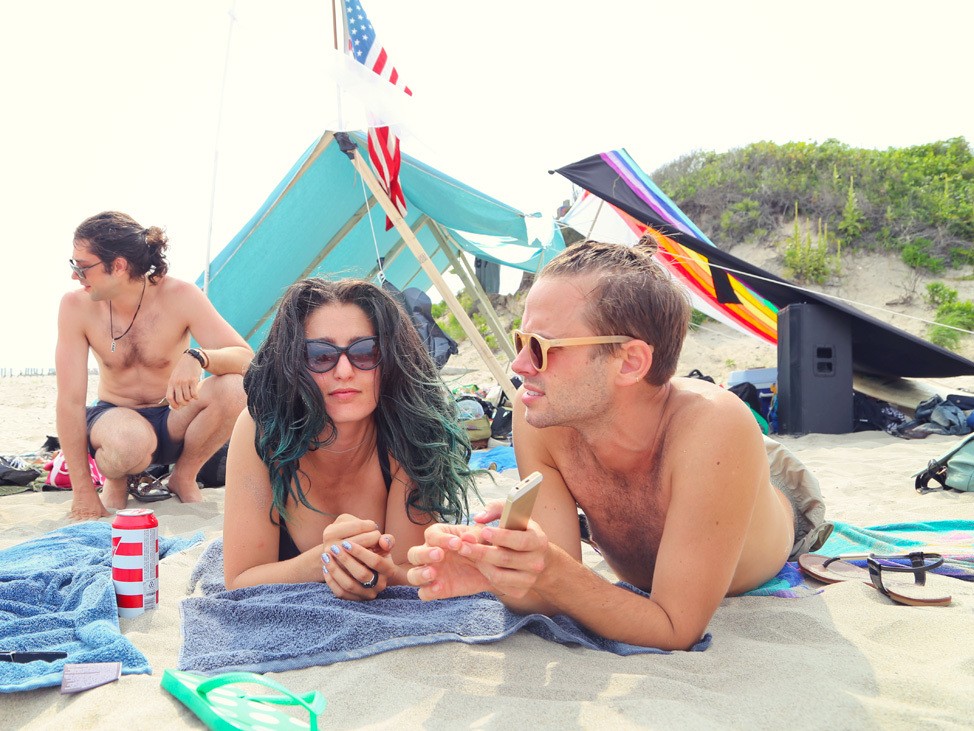 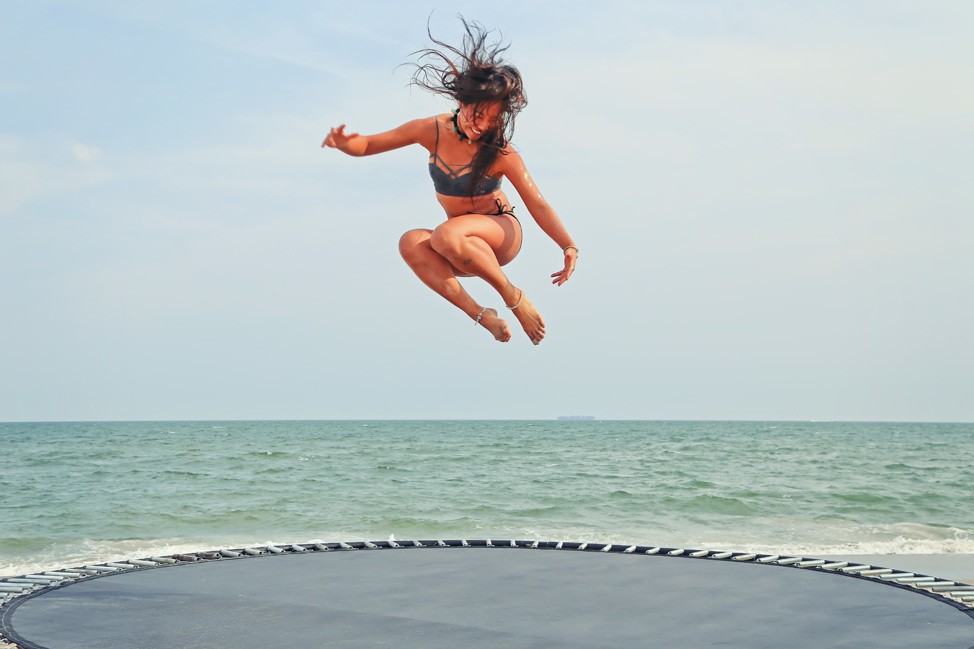 Digging holes in the sand… 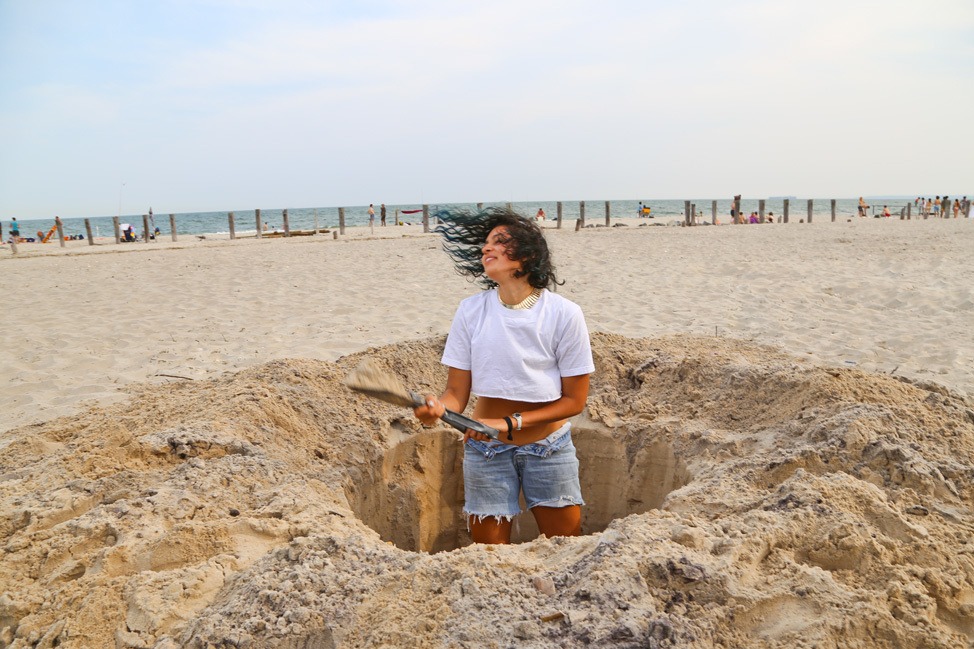 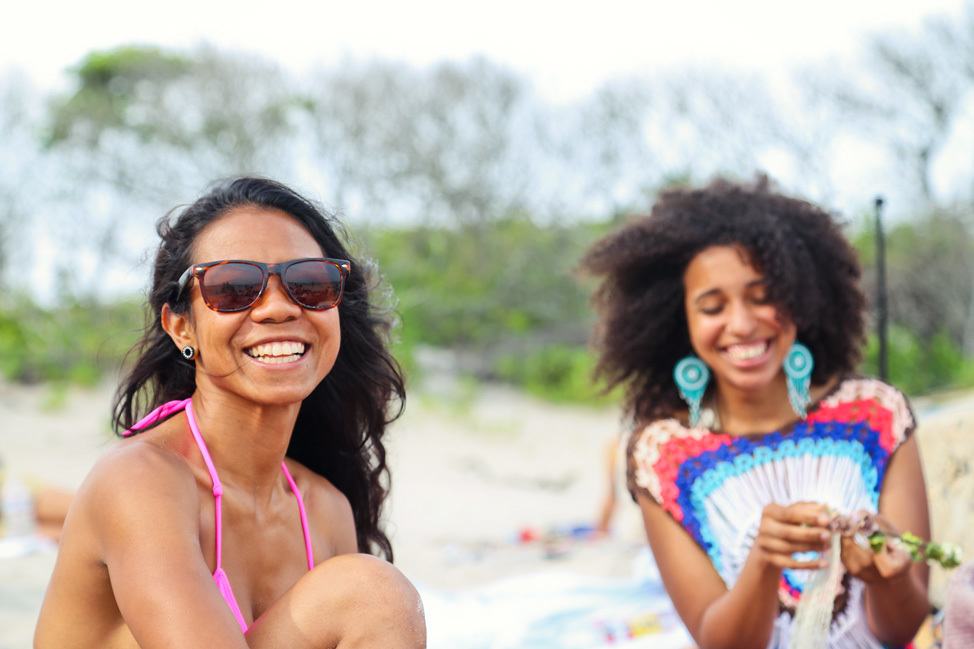 And learning how to fire twirl… 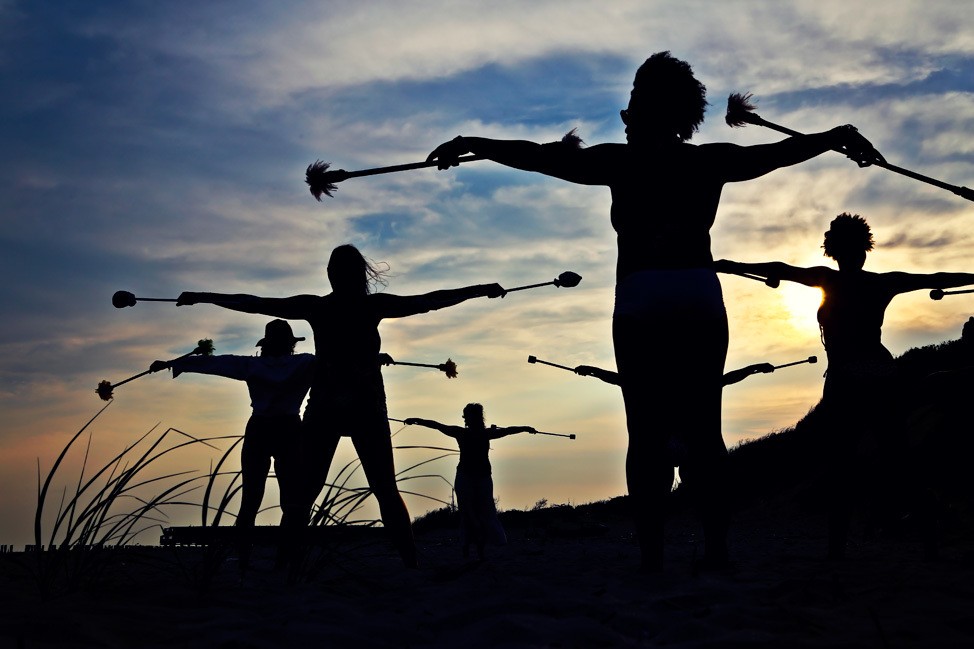 It was a day of music, yoga, dancing, great food, better company, and lots of smiles. It was also a reminder that there are a million sides of this big ‘ol apple that I’ve yet to explore. 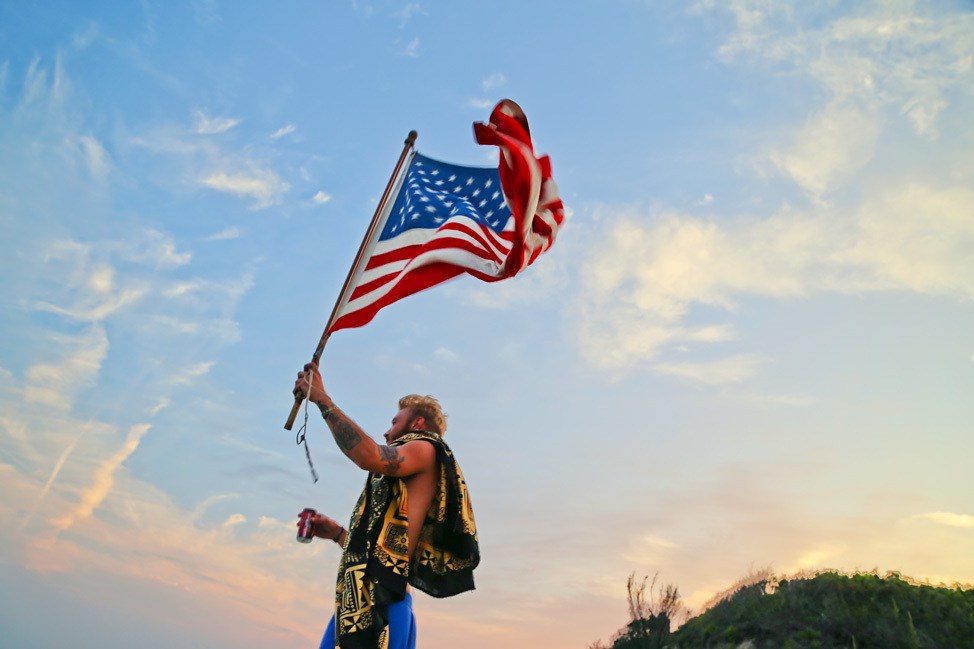 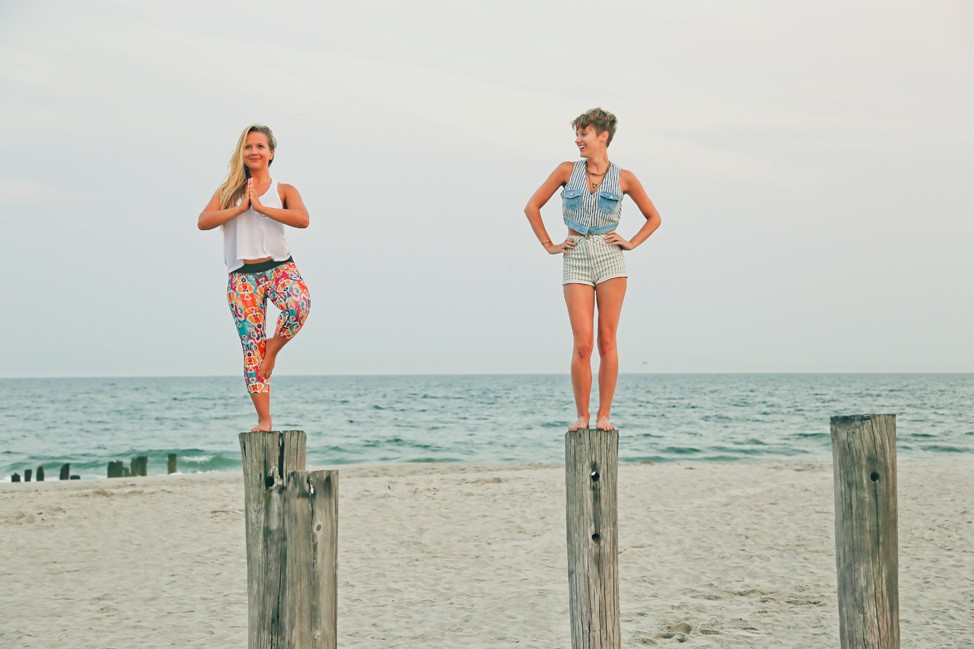 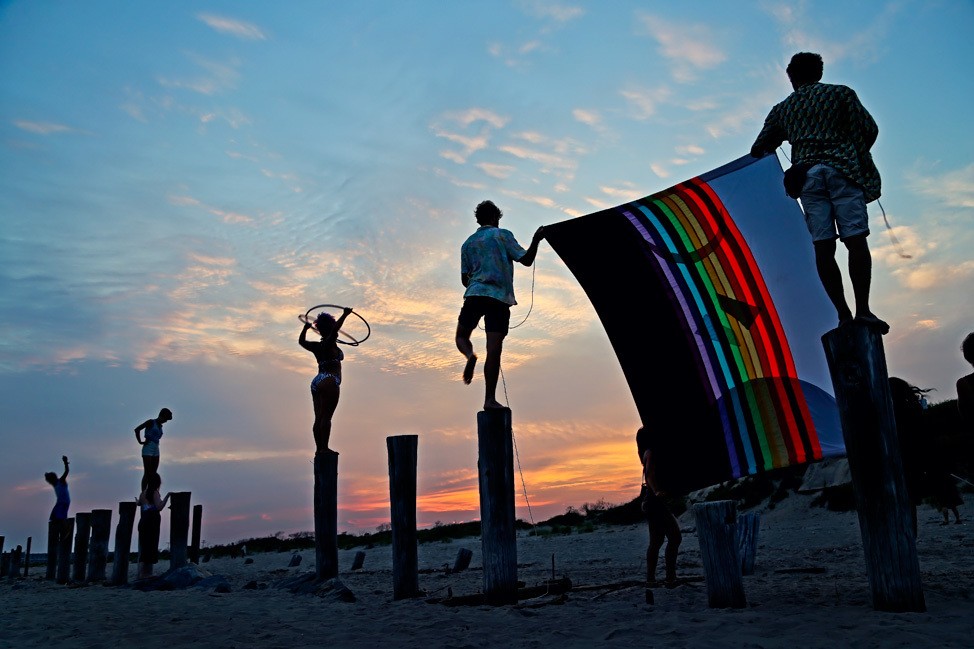 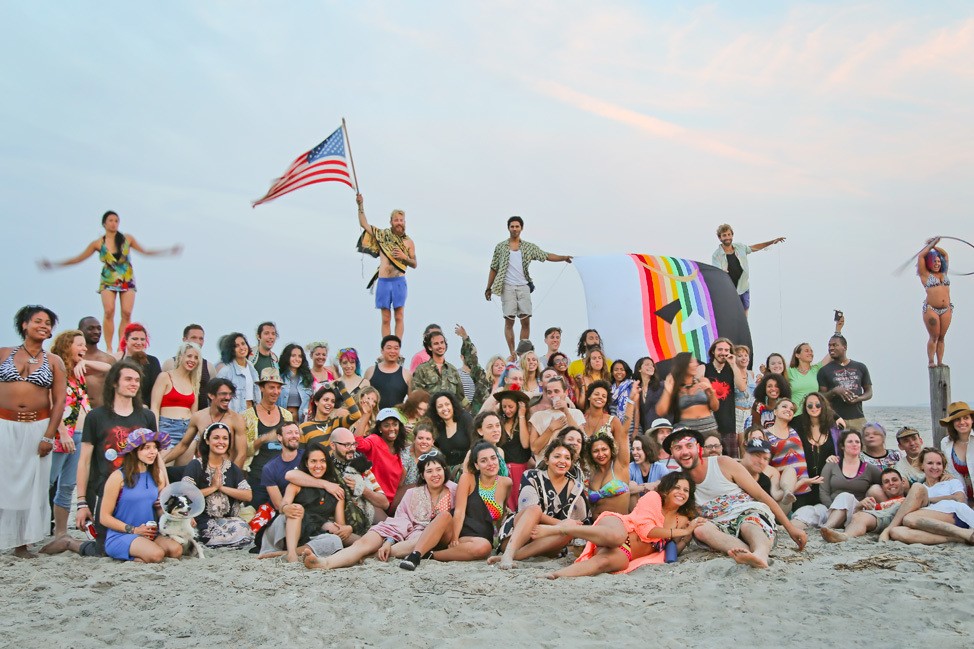 As I start to refocus my life and my travels into a less-is-more approach, I know that New York is one of the places I want to prioritise in future Stateside Summers. Recently I let myself articulate a dream I’ve had for a while now but was unsure I’d ever be able to achieve — renting an apartment in New York again. I’m starting small — next summer, I hope to dip my toe back in the water by setting aside just one month to sublet a place somewhere in Brooklyn. As much as I love staying with my various friends when I’m in the city, it would be nice to have them over to my place again, too. And as I’ve recently learned, throwing down a chunk of change on rent is one of the only ways to get myself to sit still. Obviously, New York rent is nothing to sneeze at and so I’m going to have to work hard to make this goal come to fruition this summer.

Twelve days chopped up into three short trips left me craving more. I’m looking forward to seeing what thirty straight might do. 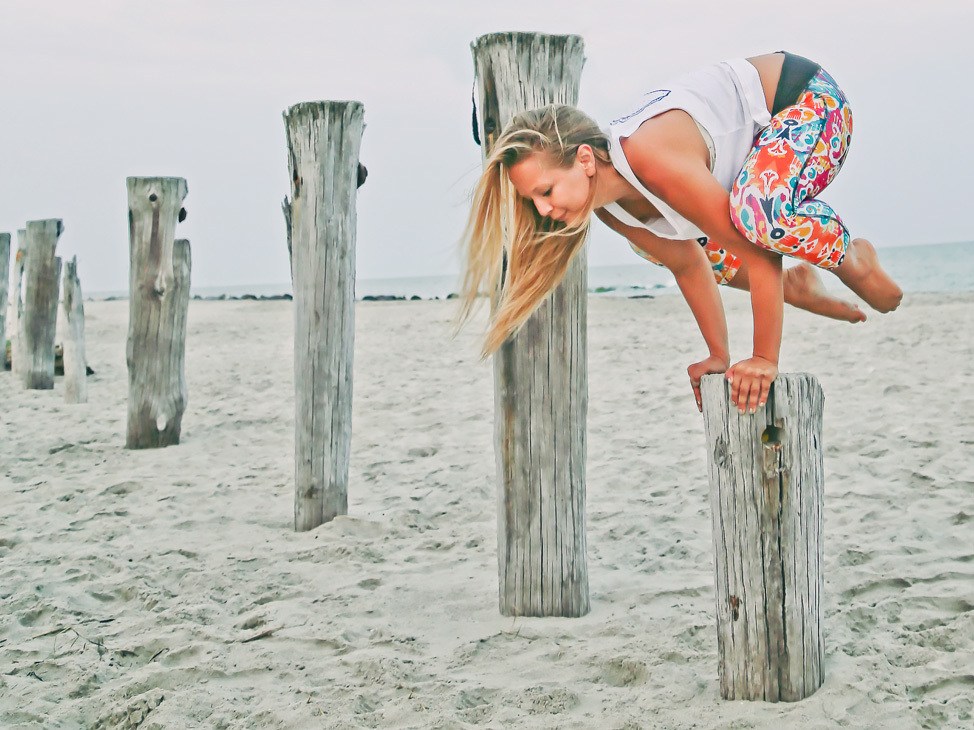 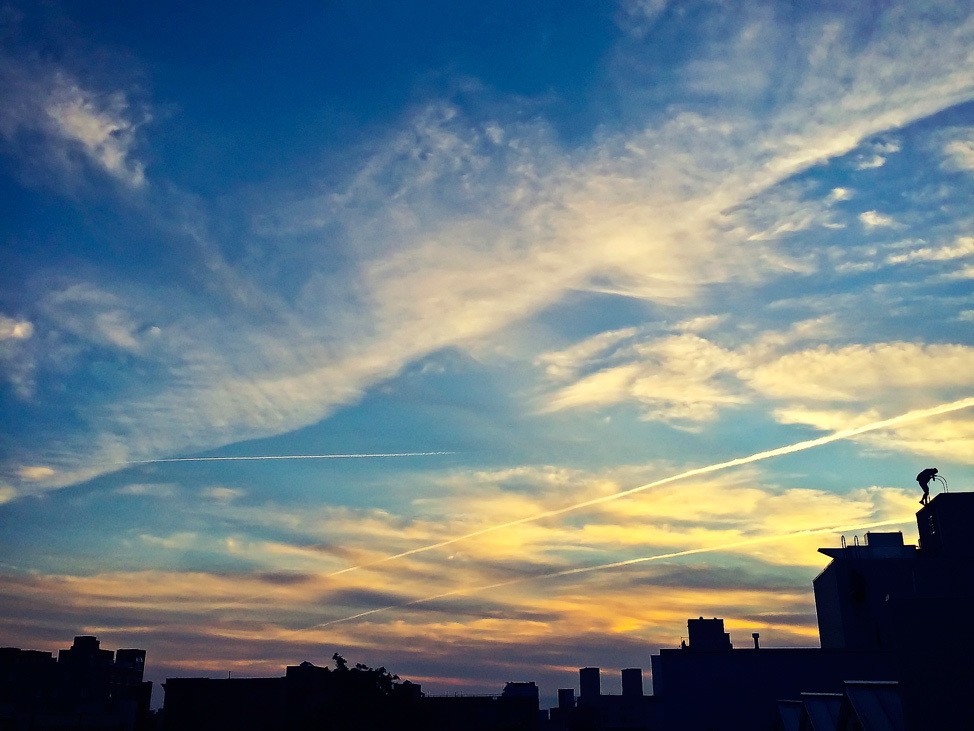 New York, I’m coming back for you.

Move to The Bleat! Goat Yoga in Martha’s Vineyard

The Great Escape: Months 34 and 35 Roundup

Photo of the Week 230: Koh Tao The Magnetic Pull of Martha’s Vineyard
52 Comments...