Close your eyes and picture a beautiful beach. A hundred people will have a hundred different visions of exactly what that paradise would look like. One thing the majority will probably have in common? Silky white sand. And believe me, I love those picture perfect paradises as much as the next daydreamer. But over the years, I’ve occasionally become enticed by something a little more exotic: a black, volcanic beach.

Which is what brought me to Monterrico, Guatemala. 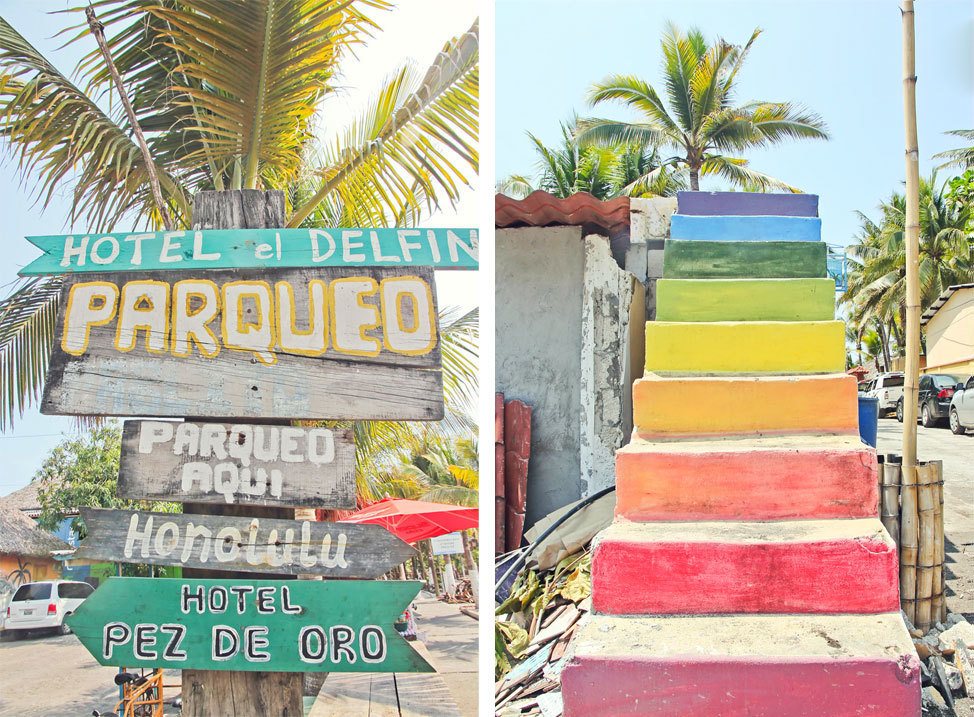 Well, that, and the promise of a sweltering lowland heat. See that big selfie smile below? That’s the smile of a girl who’s back in her happy place. I know I harp on being cold sometimes. Put me in a sub-tropic swamp or an oven-like desert any day — I promise I’ll take it like a champ! But I’m the first to admit I have zero tolerance for being even the slightest bit chilly.

I know not everyone is programmed the same way, but I do want to caution those that are Guatemala bound not to fall into the same trap I did and fill their backpack with nothing but bikinis and summer skirts. Those were perfect for Nicaragua and El Salvador but completely inadequate for the highlands of Guatemala in March. Thank goodness for the one pair of jeans and one long sleeve top I’d packed (items I’d previously considered wasted space), which I wore every single day of my three weeks in Antigua and Atitlán! I was bundled up in both the morning I departed from Antigua, and quickly drifted off to sleep huddled across an empty row in the back of my shuttle. When I awoke two hours later, I felt a line of sweat rolling off my forehead and blinked awake to the sight of palm trees passing by through the window overhead. I peeled off that long sleeve shirt and smiled. I was going to the beach. 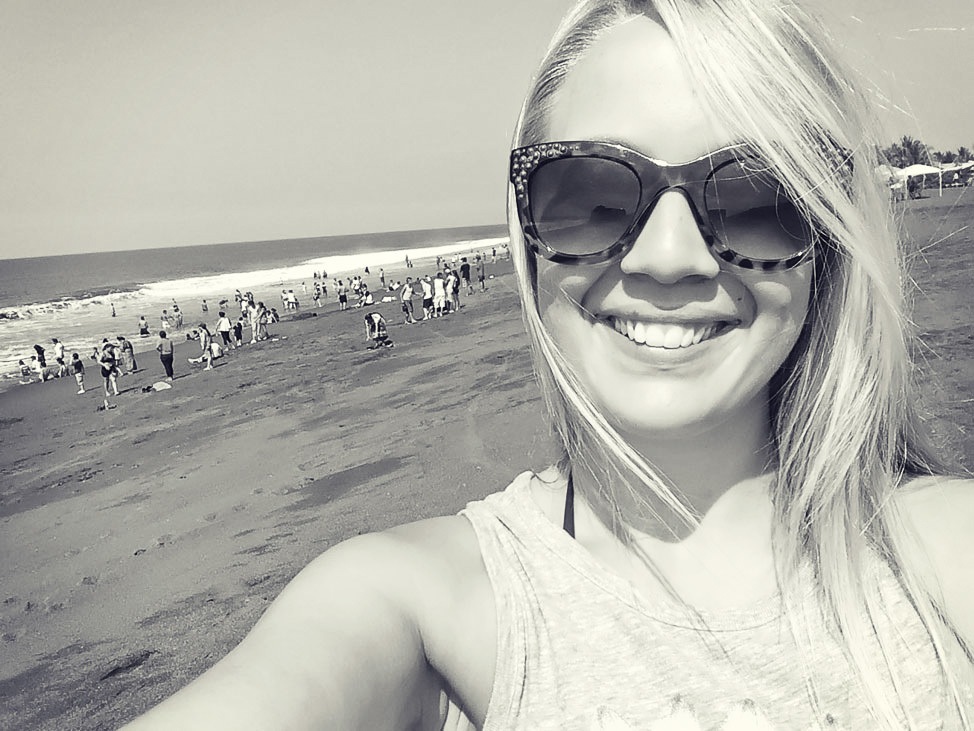 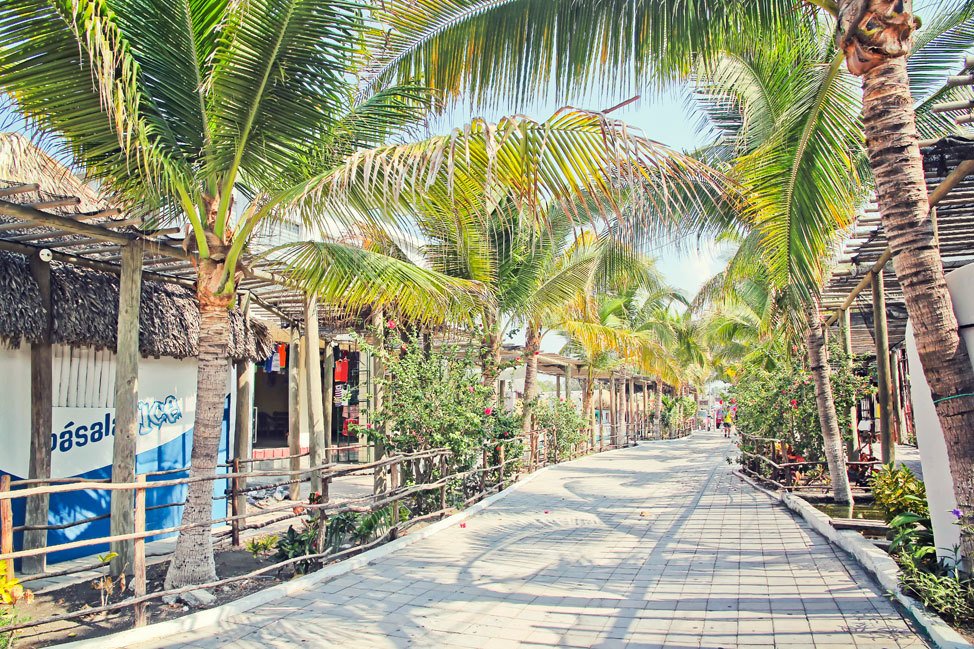 Back to that black sand. Many visitors to the country never see so much of a glance of either coast of Guatemala — it doesn’t have an internationally known beach town on par with San Juan del Sur in Nicaragua or Bocas del Toro in Panama. The closest it does have is Monterrico, a tiny speck of a beach town along the Pacific slope of the country, not far from either Guatemala City or Antigua.

From the moment I read about Monterrico, I knew I’d eventually be digging my toes into its black sandy shores. I’m a sucker for dark sand everywhere from Santorini to Hawaii, and I was craving the ocean something fierce after a few weeks of being landlocked. 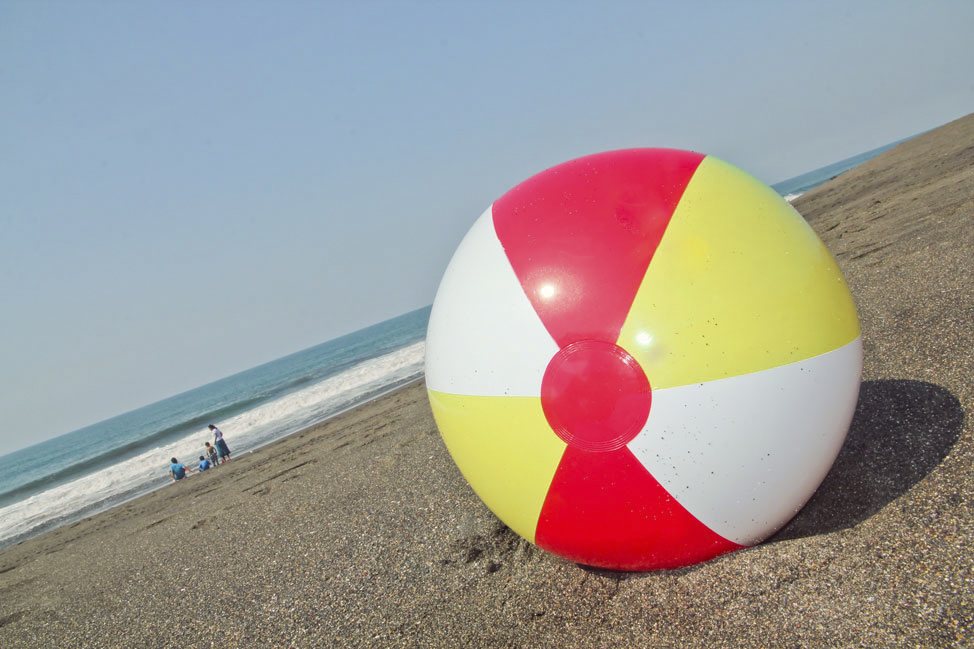 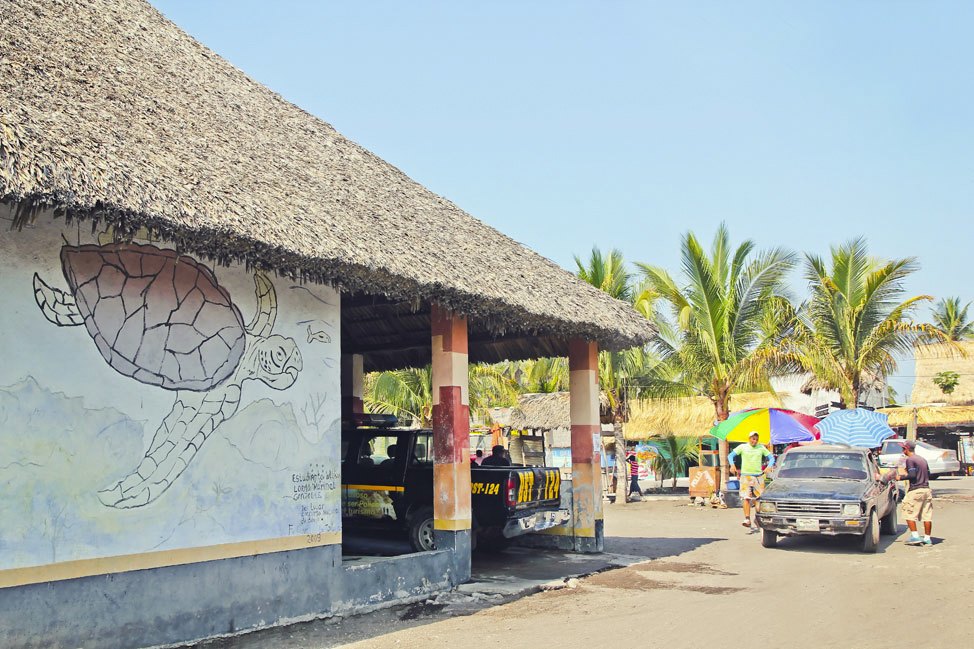 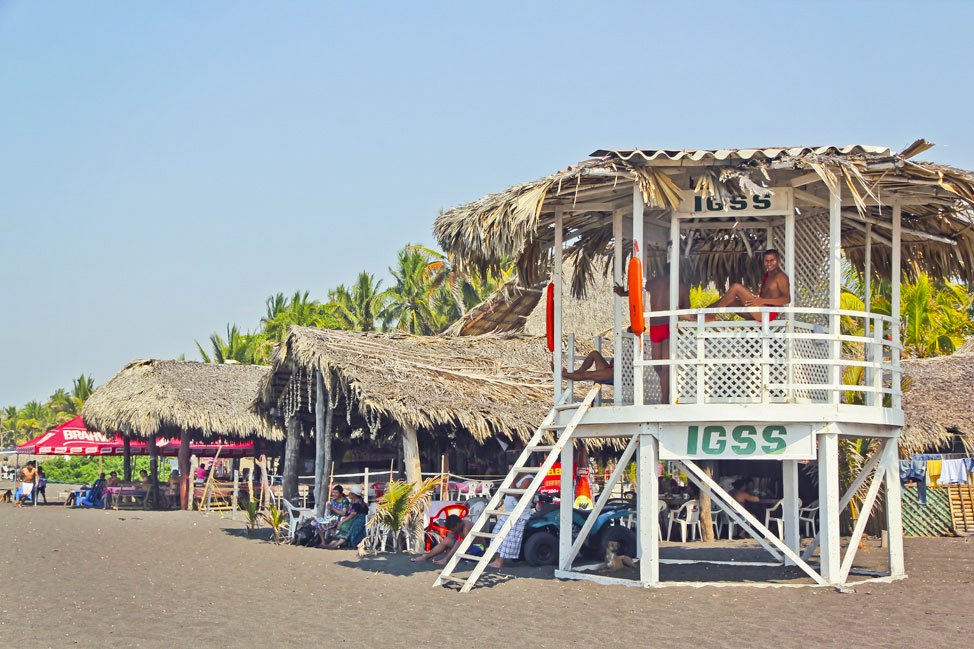 I arrived in Monterrico on a Thursday and was surprised to find I had it more or less to myself. The town was quiet during the day, the beach was almost abandoned when I went for a run at sunset and when I jumped in my hotel pool to cool off after, I floated on my back and stared at the stars in total seclusion.

“Mid-week, and no turtles,” the manager at my hotel explained. The weekend, she warned, would be chaotic, though not as bad as July through October, when tourists flock to watch baby turtles be released into the ocean every evening. In all my travels, I’ve yet to overlap with turtle season anywhere — I really need to work that into a future trip someday. 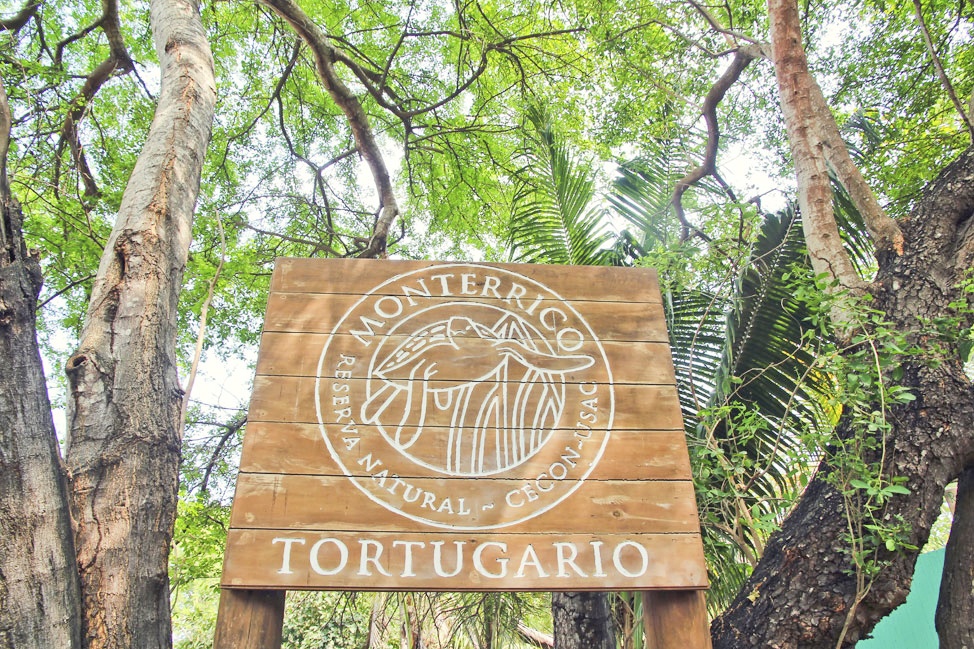 Still, I wasn’t to be alone for long. Early Saturday morning, three of my dear friends from Brooklyn unloaded onto the beach. The masterminds behind Equilibrio, they had recently relocated to Guatemala City and we’d settled on Monterrico as the perfect meeting place for a nomadic reunion. 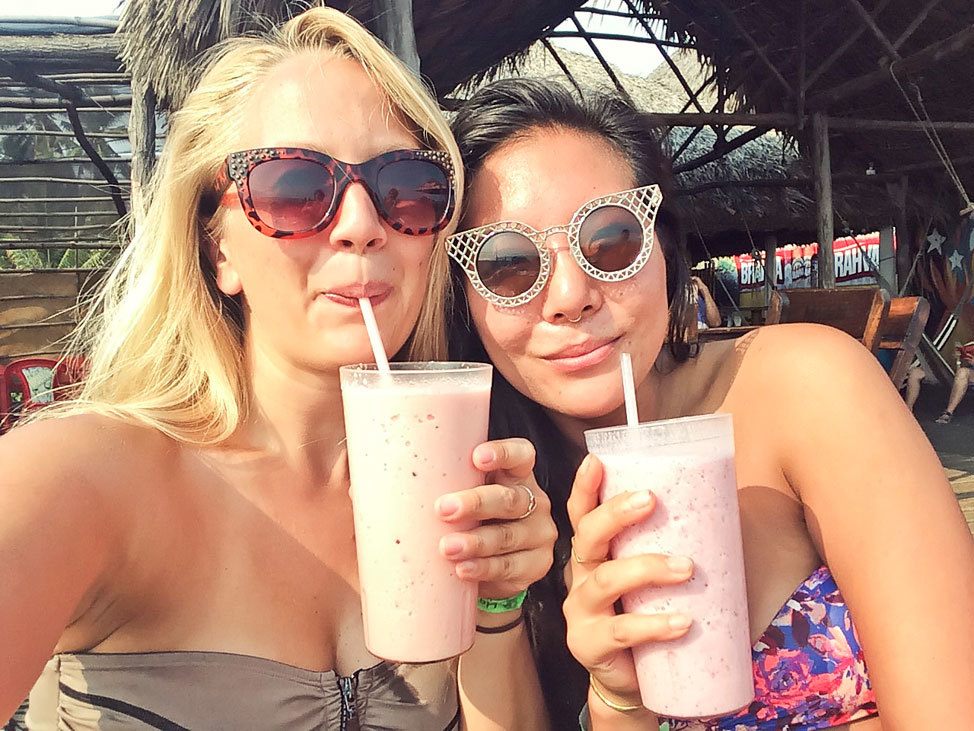 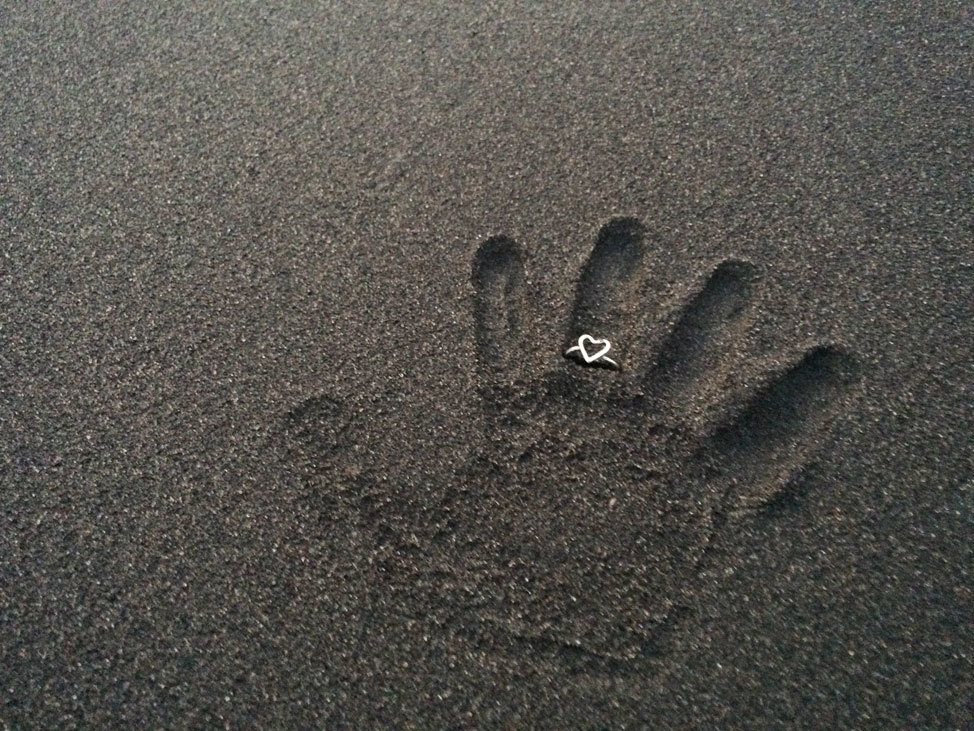 As promised, the beach quickly flooded with weekenders. Though there were few foreign travelers to be found, Monterrico is a popular hotspot for domestic tourists, leading to a much-appreciated local vibe.

One thing we quickly noticed? There weren’t very many people actually in the water. I’d read endless warnings about the strong waves and tides in Monterrico, but hadn’t been particularly concerned. I was on swim team, after all! Then, not long after my first venture into the surf, I was knocked straight on my bum in about calf-deep water. Suddenly, the warnings that swimmers die here every year didn’t seem so abstract. And the number of people cooling their heels in the hot sand seemed a bit more understandable. 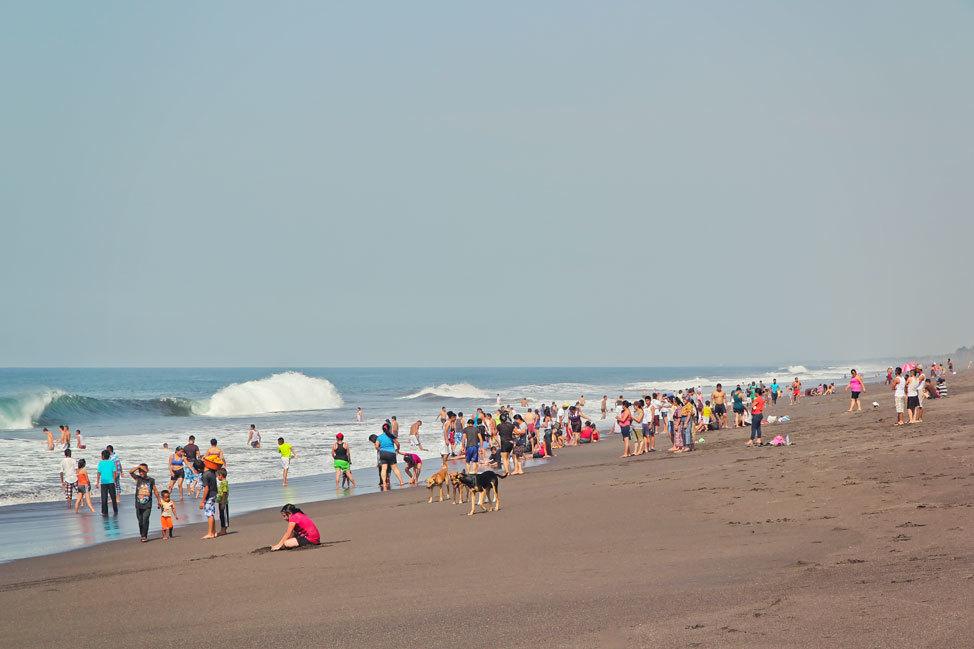 Luckily, with the crowds concentrated on the beach, there were still plenty of quiet corners of town to explore. 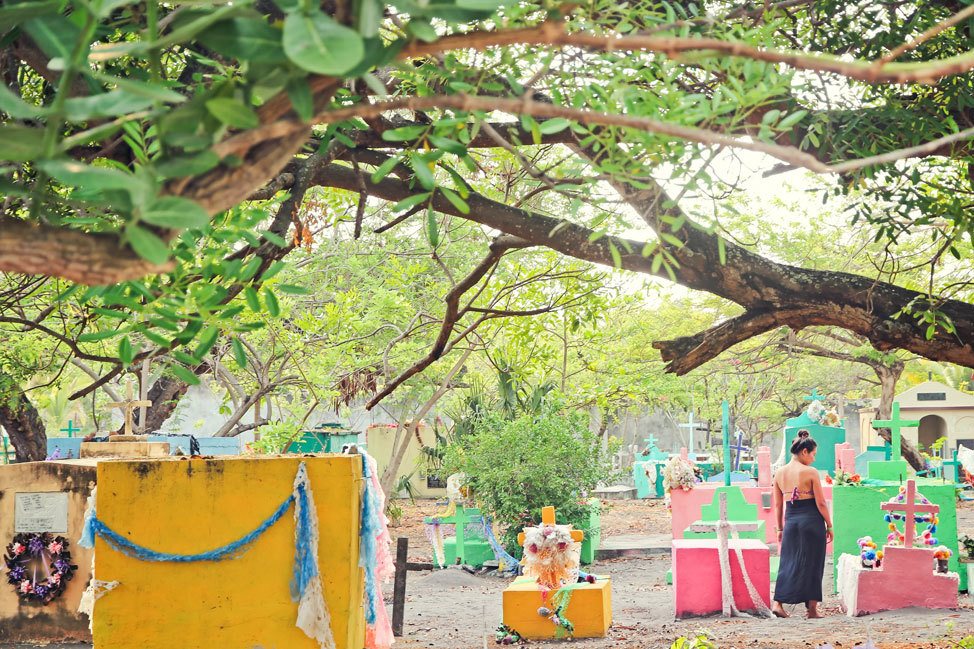 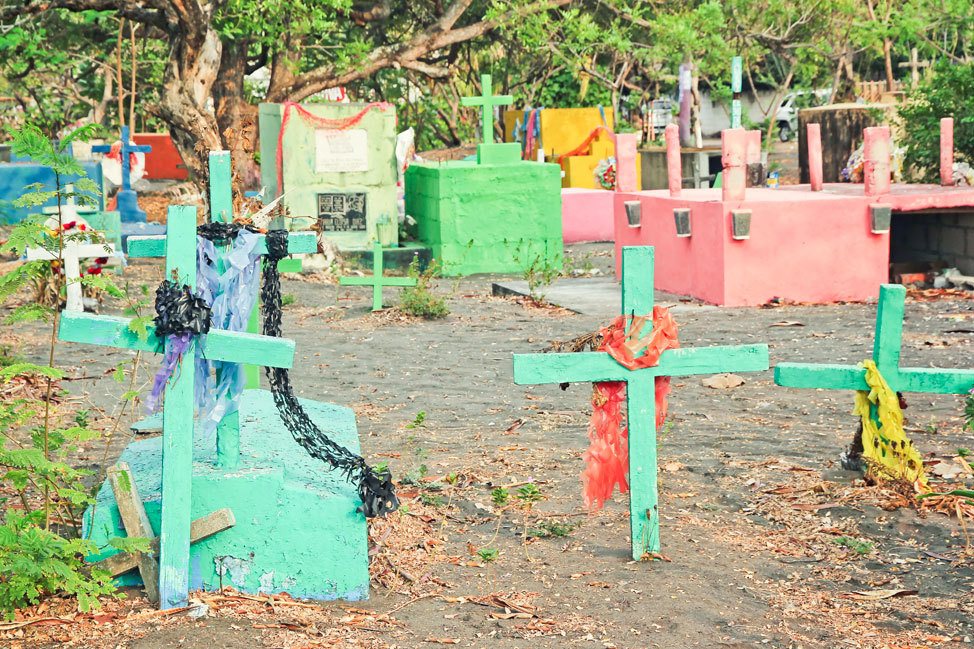 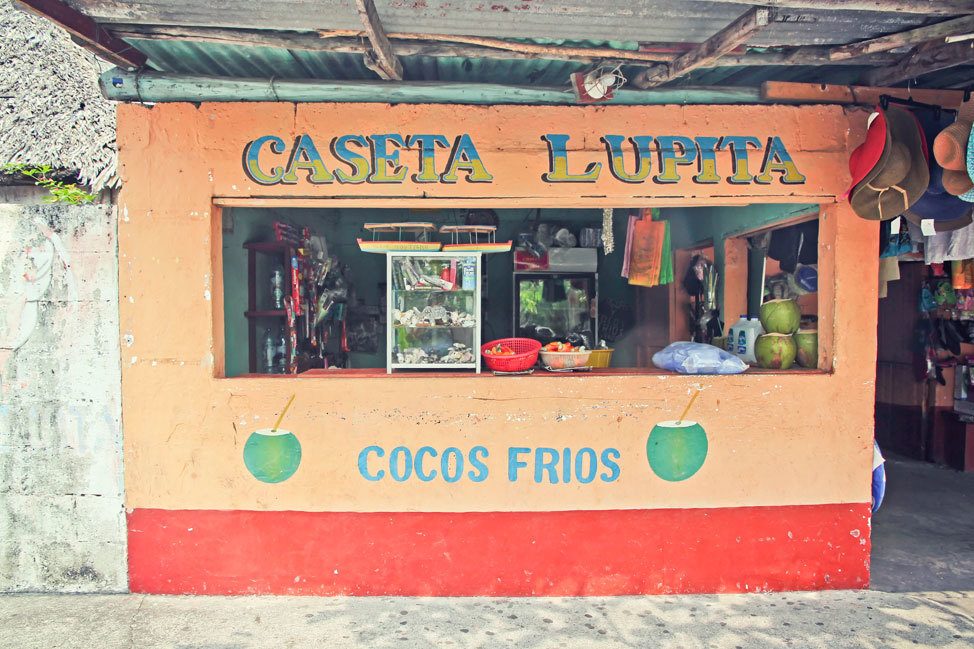 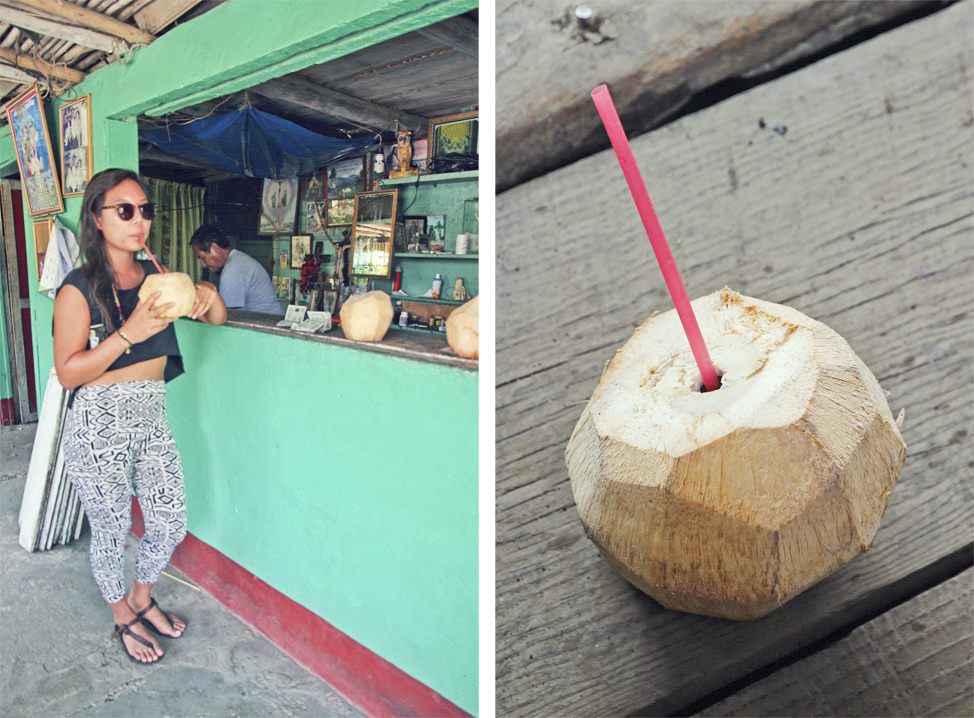 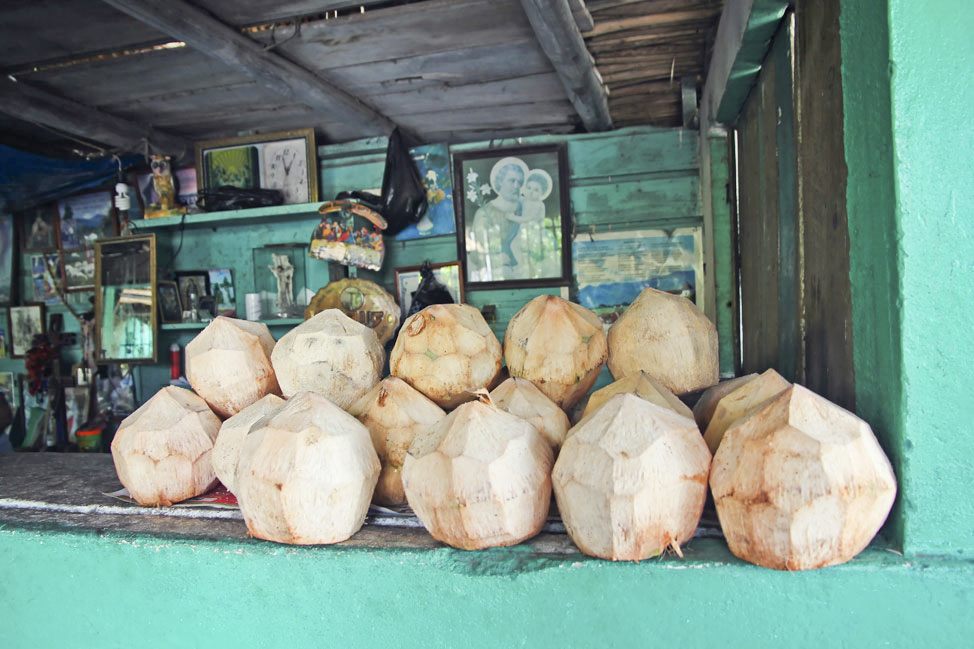 I debated between two lodging options with dorm-style accommodation for us: Hotel El Delfin and Johnny’s Place. Both have pools, beach restaurants, and terrible but existent wifi. We went with Hotel El Delfin and I was grateful, because Johnny’s Place is also a popular late-night drinking spot on the weekends and we were in bed by the time the bar closed at Delfin at 10:00pm.

So depending on what you’re looking for — peace and quiet or a party — the decision is pretty much made up for you. 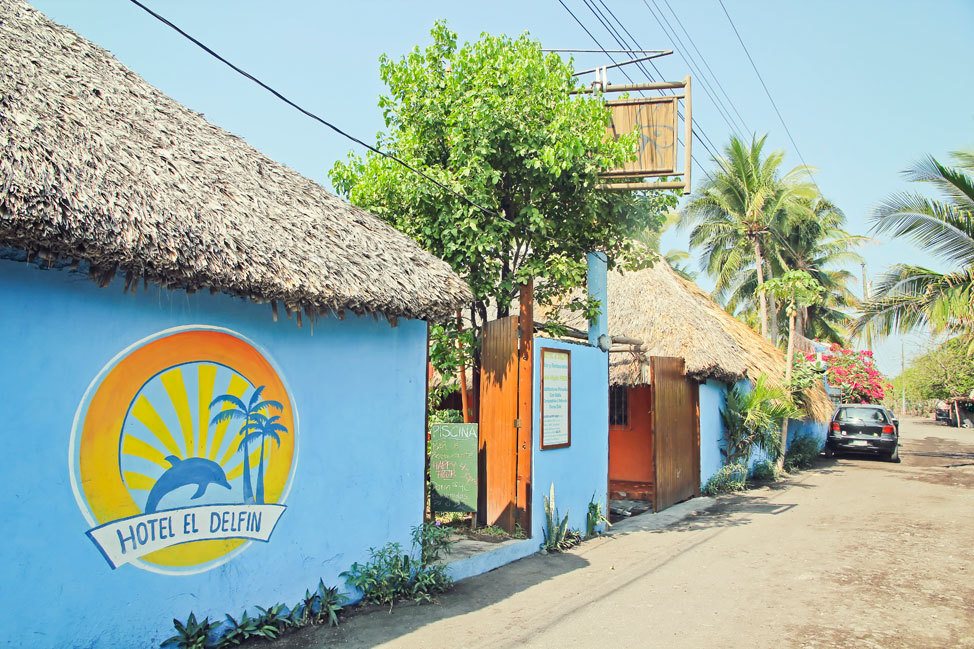 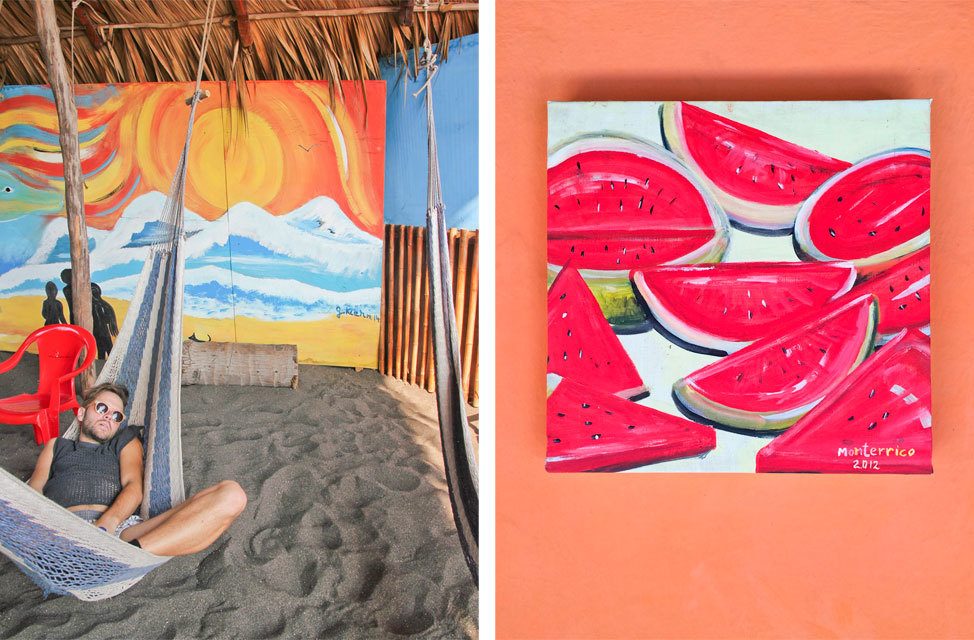 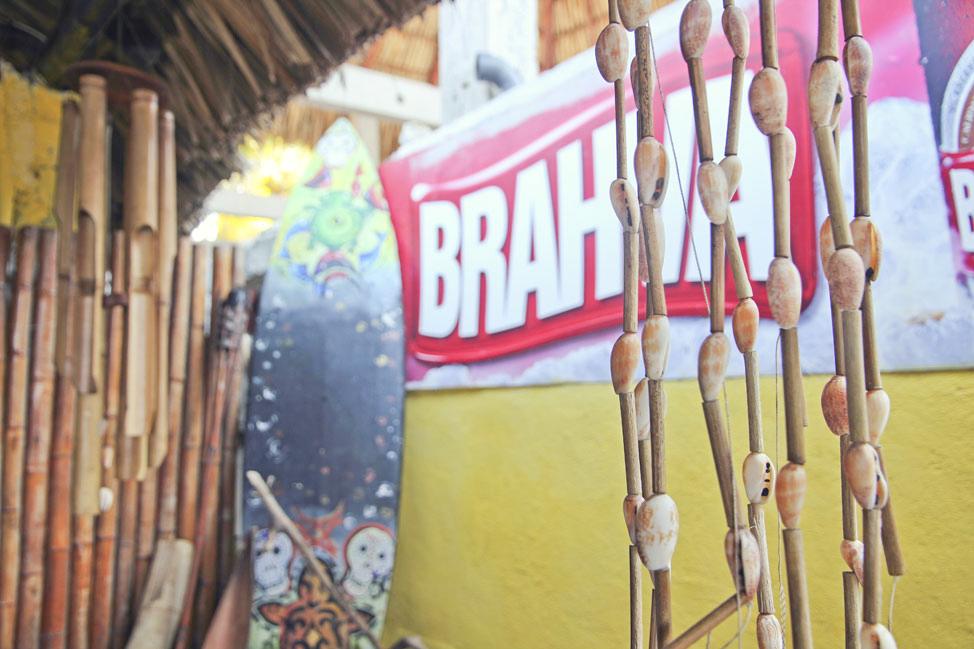 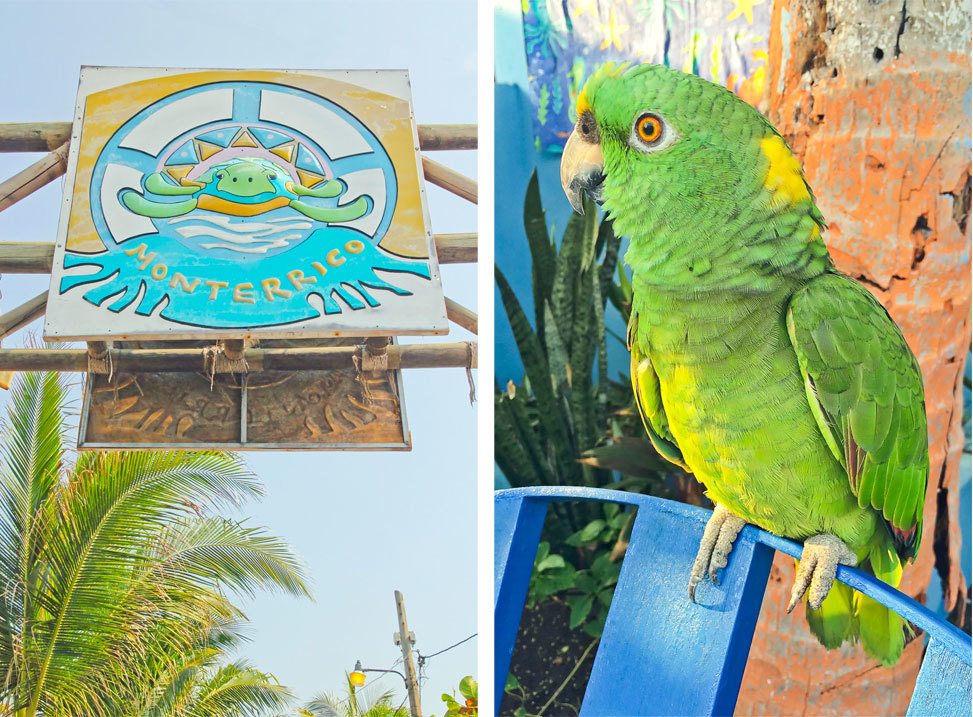 There’s not too much to do in Monterrico, outside turtle season. There are early morning mangrove tours and there is a Spanish school tucked away somewhere, but the main items on our agenda were sunbathing, strolling lazily through town taking photos, and spending time together.

I stayed three nights in Monterrico, which was the perfect amount of time — even two would probably be adequate for the average traveler who just wants a quick hit of beach before moving on. However, for those with time to burn, you might as well make it four — Delfin has a stay three nights, get one free deal going on that never expires. 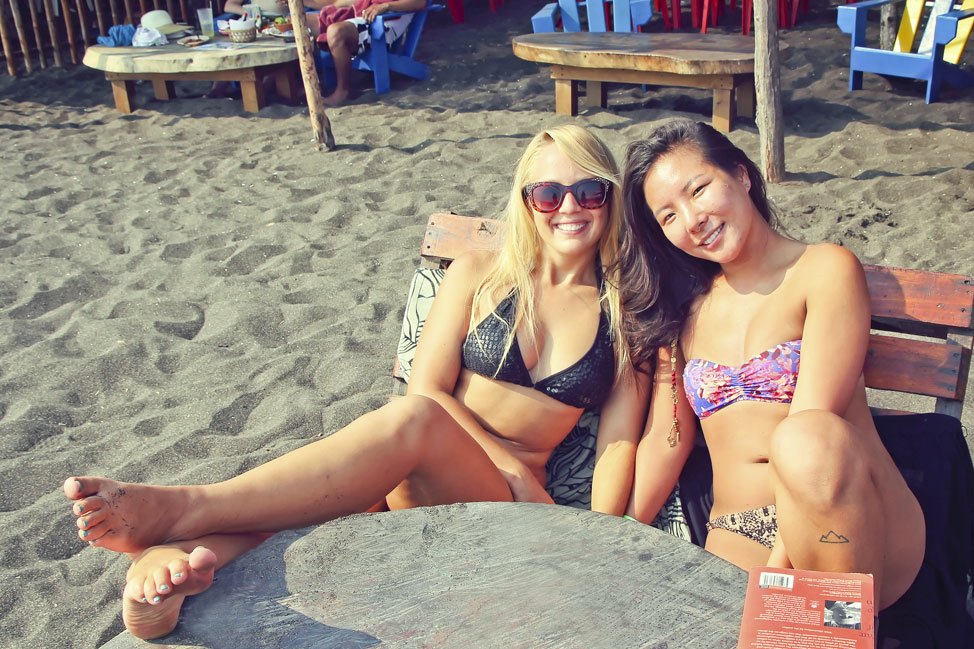 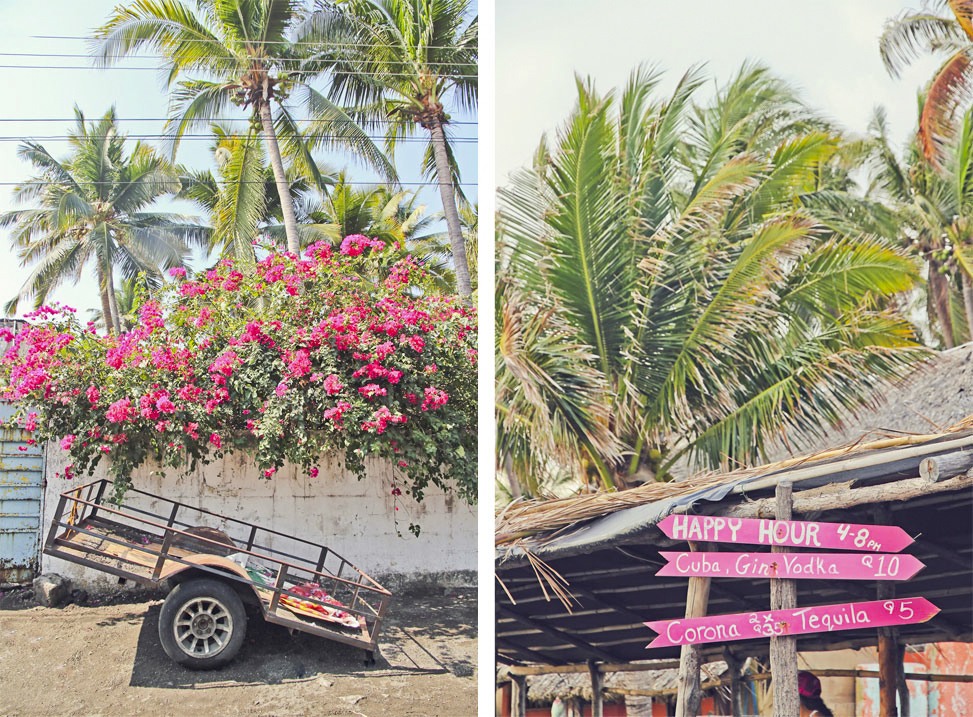 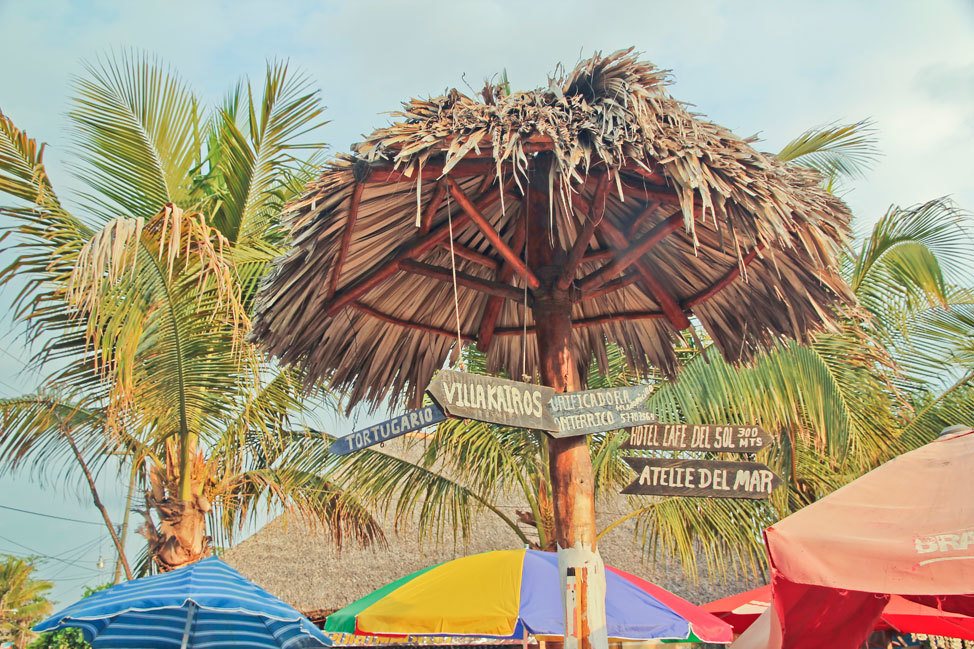 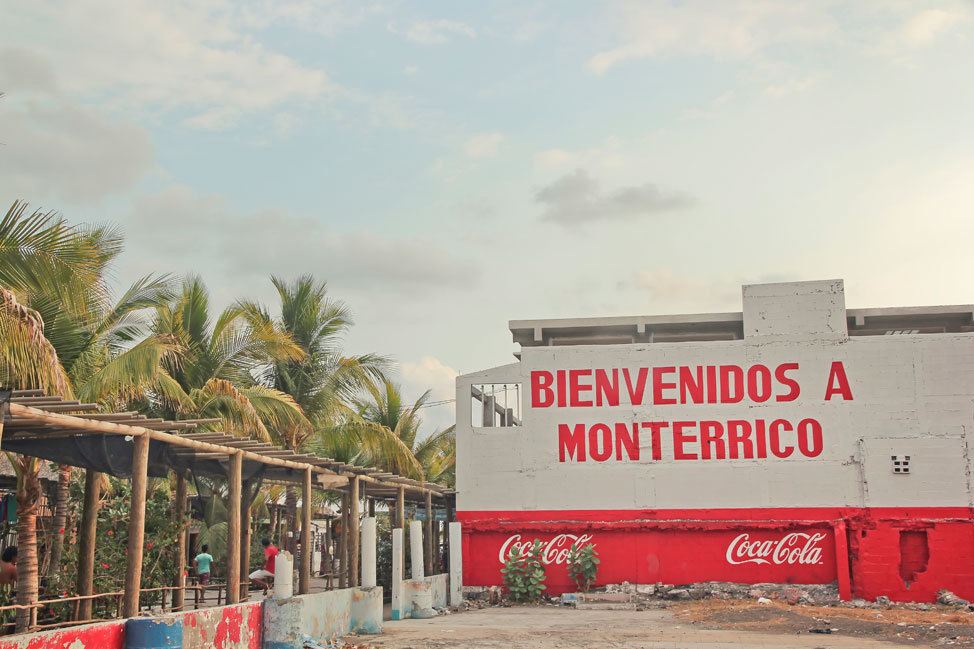 Coming to or from Antigua? No problem — hop on the $15, 2.5 hour shuttle that departs the city each morning at 8:00am and returns at 4:00pm. Getting back to Guatemala City via public transportation was a little more complicated, but certainly not short on adventure. A boat ride through the mangroves followed by three chicken buses (in which I shared my seat with a pulsating bag of live crabs) and a taxi ride later, we were back in a big bad city, and the quiet beach town of Monterrico seemed worlds away. 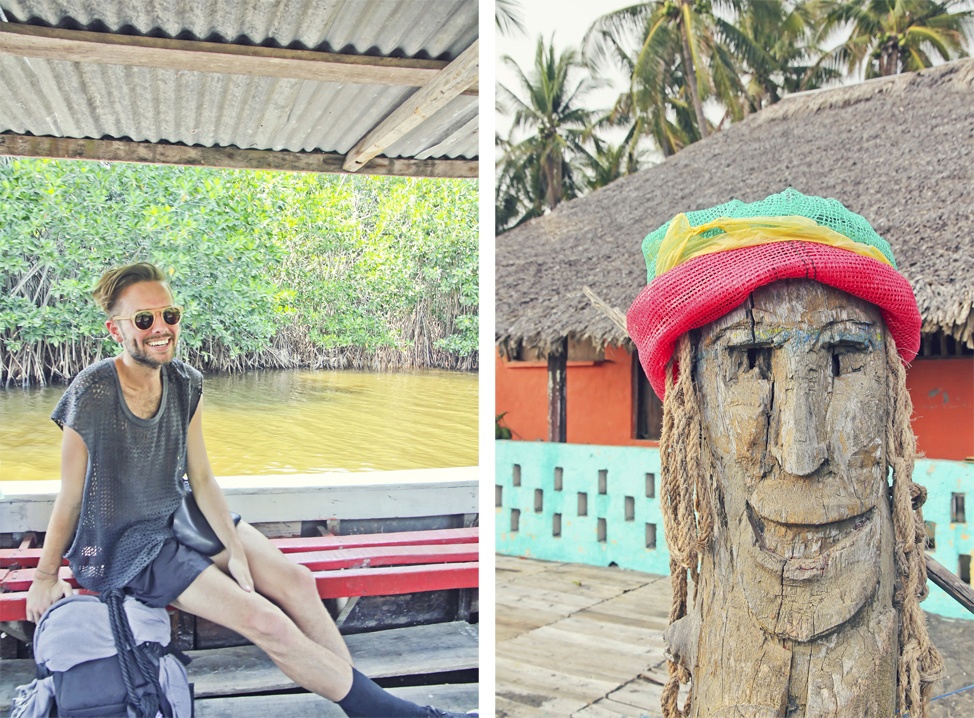 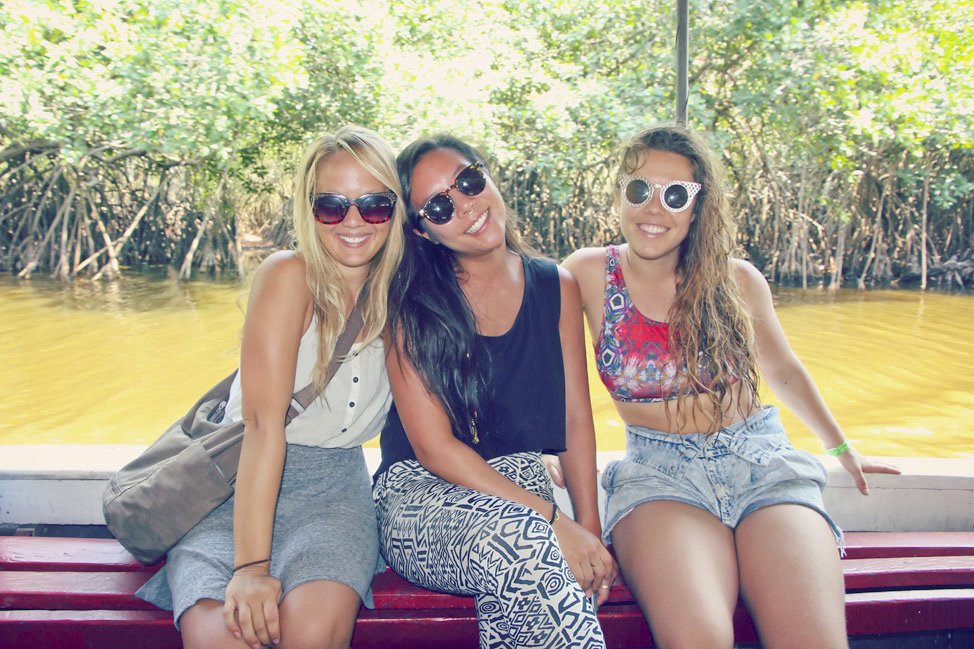 Is Monterrico the best beach town in Central America? Not by a long shot. Was it a lovely few days in the sun? Indeed. Did it break up what would otherwise be a few weeks of landlocked travel? Yup. Was it a conveniently located getaway with friends? Heck yes. When we left Monterrico, I didn’t feel anything pulling me to stay. But as I picked grains of black sand out of my toes later that evening, I was ever so grateful that I’d been.

The Thing About Guatemala

Easing Back In: Traveling East Guatemala

Surfacing Among Volcanoes: Scuba Diving in Lake Atitlán Photo of the Week 210: Kentucky and California
41 Comments...