Life In The Lowest Place On Earth: Discovering The Dead Sea Tree

The sea is only the embodiment of a supernatural and wonderful existence. — Jules Verne

It’s not up for debate anymore — Instagram has changed the way we travel. Take Peru. I spent three entire months there in 2013, traveling the country top to bottom, and never once did I hear of a place called Rainbow Mountain. Not once! Now, thanks to the visual punch of Instagram (and, ahem, the saturation slider) you’d be hard pressed to find a traveler in South America who wasn’t familiar with it. 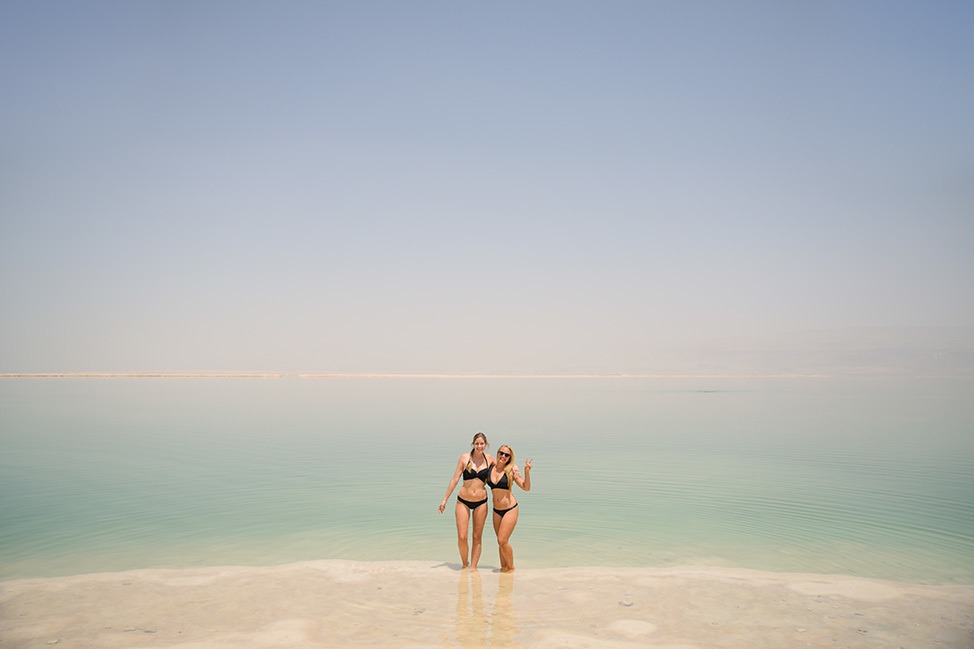 Isn’t it amazing how an image we spot in this little device in our hands can inspire us to book trips all the way around the world? Sometimes, we see a certain image so many times it is almost iconic in our minds by the time our own eyes are looking at the subject. I know that for me, there can sometimes be some anxiety around seeing these big sights that have been so built up in my mind. Can they live up to the hype that I created for myself?

I’m a planner, I always have been. I enjoy the planning stage of travel so much that sometimes I have to remind myself to leave room for the unexpected. Which is why perhaps my favorite memory from Israel was stumbling on the Dead Sea Tree. 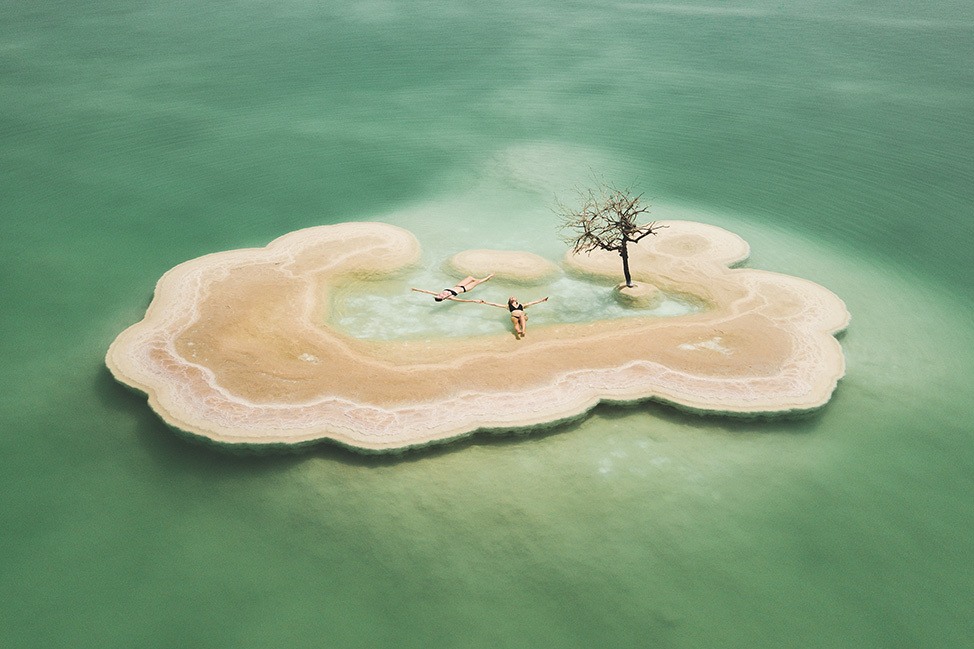 It was only my second day in Israel, on a dive safari with Out of The Blu, when we pulled over to a view point above the Dead Sea. I got my telephoto lens out, which I rarely do, and far off in the distance I spotted what looked like a dead tree, sitting in the midst of the salty water. It was so far away I could barely make it out, even while full zoomed.

Fast forward a week later, and I was on a bus with the Vibe Israel crew talking about potential droning spots when I turned to my girl Becky and said, “you know, somewhere around here, I saw this amazing tree…” Literally, seconds later, as I started scanning the horizon, we saw it. Excitedly, I noted the nearest hotel.

How had we not seen photos of this tree before, I said to Becky? Shouldn’t this be like, That Wanaka Tree of Israel? Even our local guides weren’t sure what we were talking about. 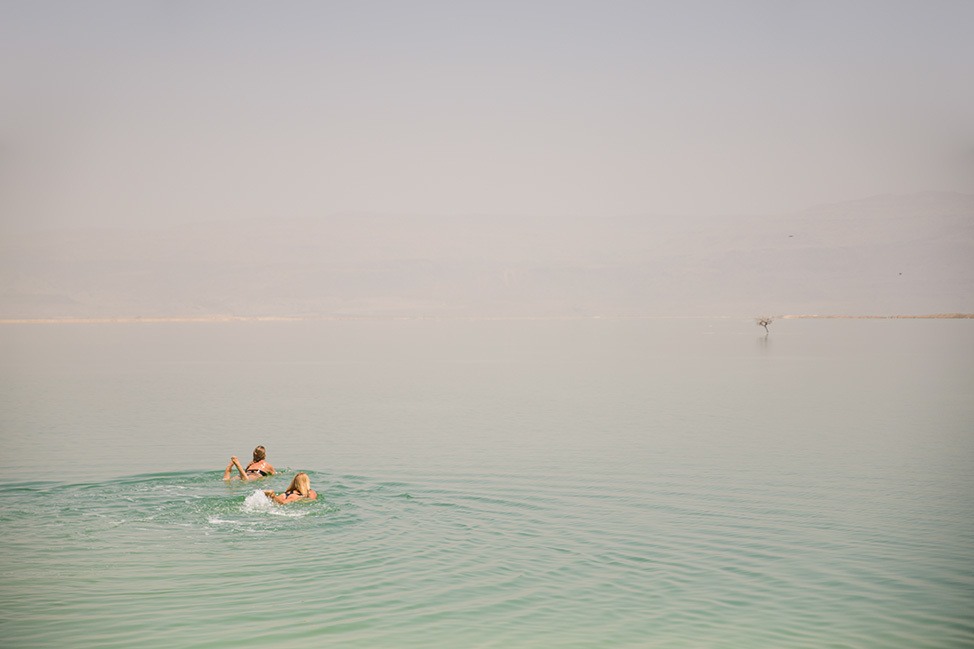 We wanted to stop but we were on a tight schedule. The next day, still obsessing over the tree, I asked our group leader if we might stop there on our way back from Tel Aviv. At this point I’d gotten everyone lathered up about this dang tree which I’d only ever spotted twice from so far away it was nothing more than a blurry dot. Going back there would mean an extra two hour driving detour on an already long driving day, we were told. I hesitated — what if it turned out to be a dud? What if there was a reason we’d never seen a photo of it before? We waffled back and forth over what the best use of our time would be. Should we spend the afternoon on the beach in Tel Aviv? I mean, that sounded pretty appealing. But in the end everyone voted to see this tree up close.

Hours later, we arrived at the shore of the Dead Sea, giving us a slightly closer view of the tree than we’d had before. When the group saw it from the road, they seemed unimpressed. I tried to sink into my seat, mortified, while everyone debated wether or not to even get off the bus. Had I ruined out beach afternoon in Tel Aviv for this? Eventually everyone figured what the heck, we can go look. 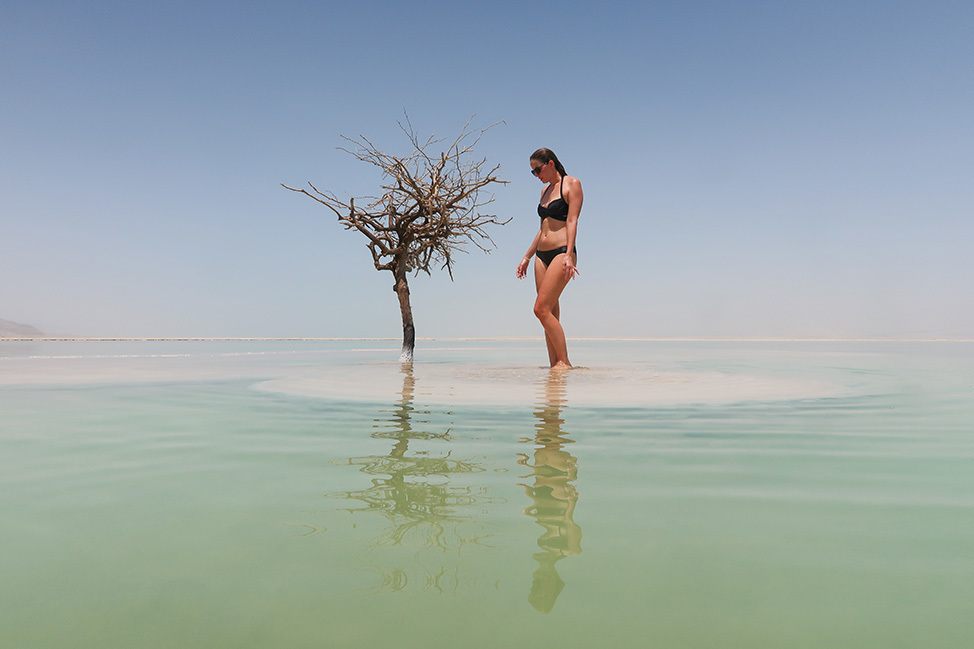 As we approached the beach, my spirits soared. The water and salt formations in Ein Bokek were beautiful, totally different that the mud-rich area we’d visited the previous day at Kalia Beach. The boys sent their drones up to survey the area. It wasn’t a total waste!

I have this addiction where I can’t see a little island or anything tempting offshore without aching to swim to it and explore, and so Becky and I volunteered to swim out to the tree to explore up close, and to add perspective to any potential drone shots. 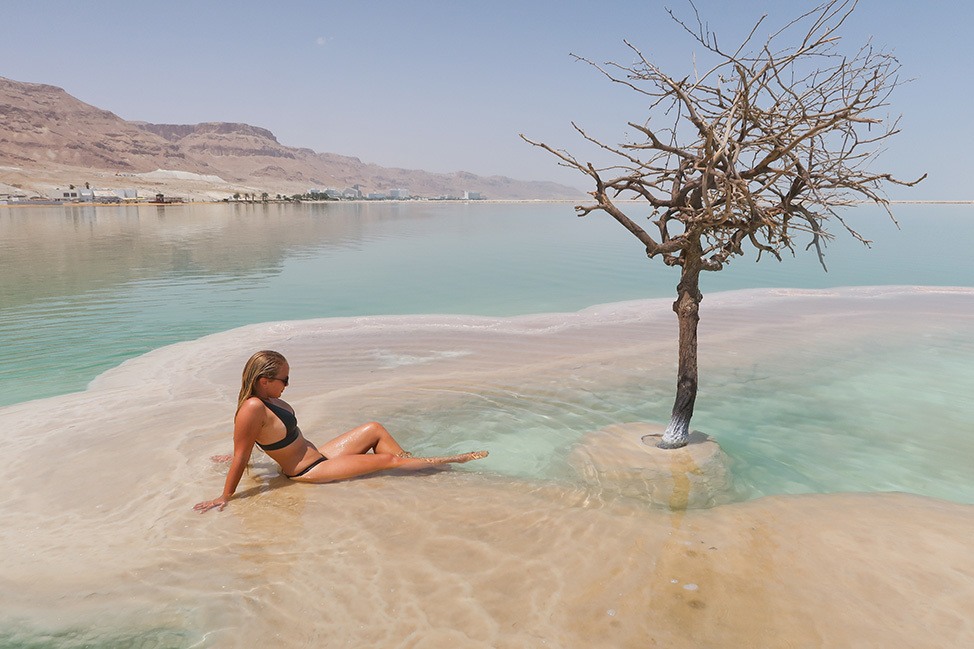 We quickly realized the distance to the tree was significantly further than it had initially looked, and due to the extreme salt concentration and the fact that I was bringing my Canon G7X and waterproof housing, swimming was laborious. The water constantly attempted to bring our legs to the surface, meaning our swimming strokes were limited to gentle arm paddles (so as not to get salt in the eyes) or an upright position not unlike what you’d do in a spin class. It was not our most graceful swim. And it seemed to go on forever!

When Becky got some painful salt water in her eye and turned to me with a hint of panic asking “there’s definitely nothing alive in here, right?!,” I once again wondered what I’d gotten us into. But I reminded her I was a rescue diver prepared to save her under any circumstances, and tried to keep the mood light as we made the final push. 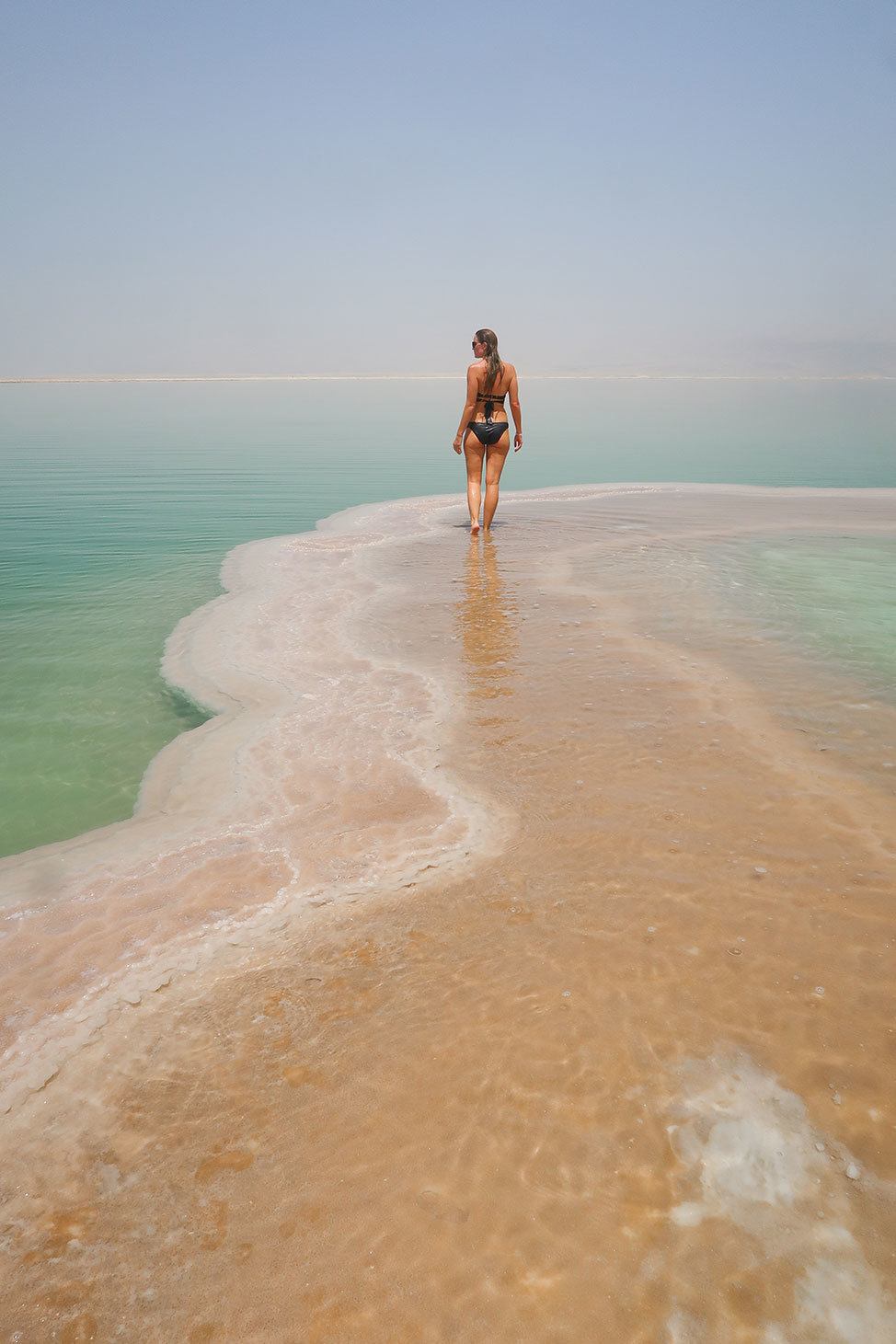 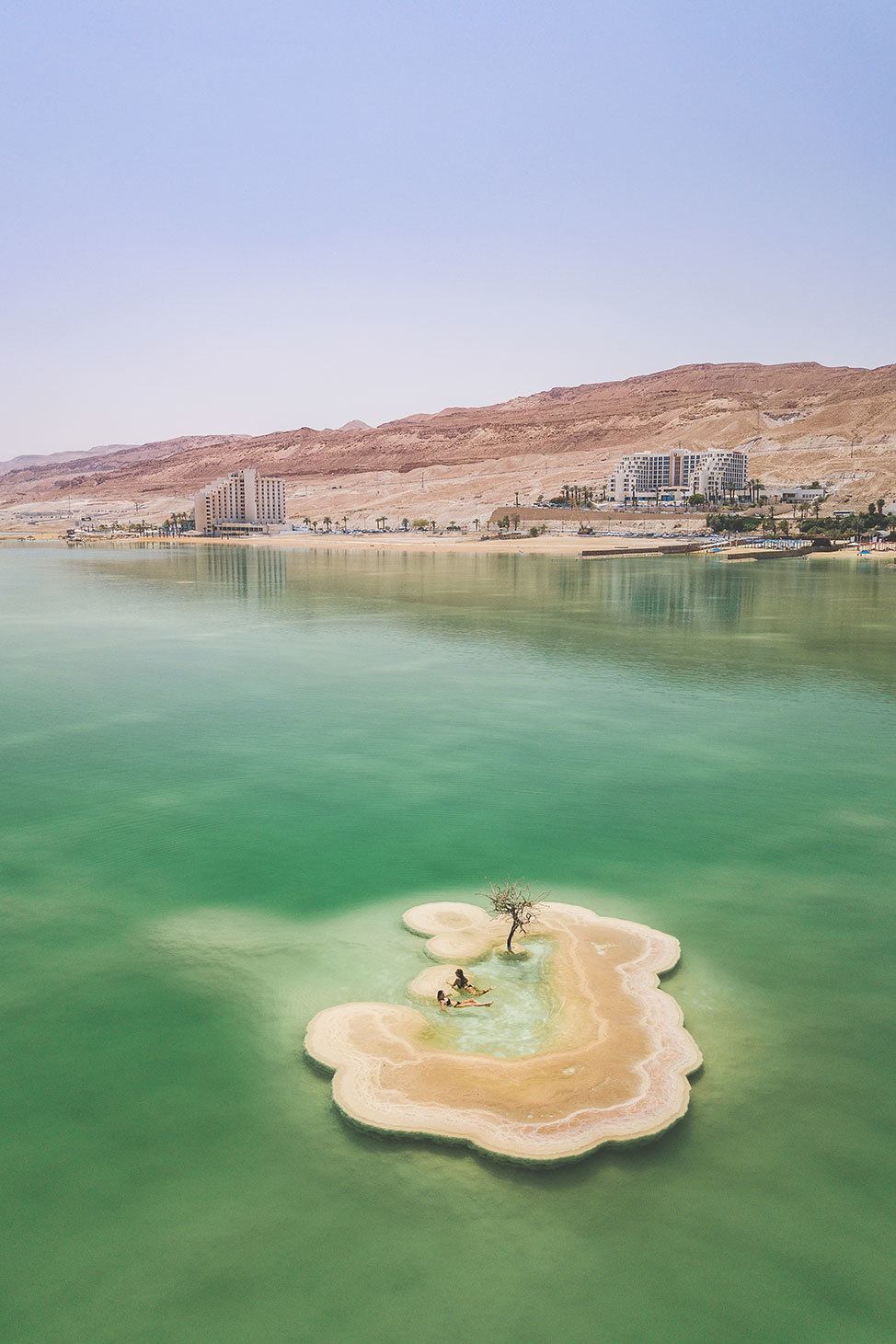 When we arrived, salty and exhausted, we were euphoric. I felt like we’d swam through the most surreal sea on earth… and washed up on another planet! We couldn’t hear them at the time, but back on shore Rob and Jackson were also freaking out over the incredible images showing on their drone controllers.

We spent what felt like an hour out there, laughing, taking photos, posing for what we hoped would be good drone shots, and cutting ourselves to shreds on the sharp salt formations. We marveled and marveled over the mysterious origins of the tree. Had something survived here, in this sea of salt? 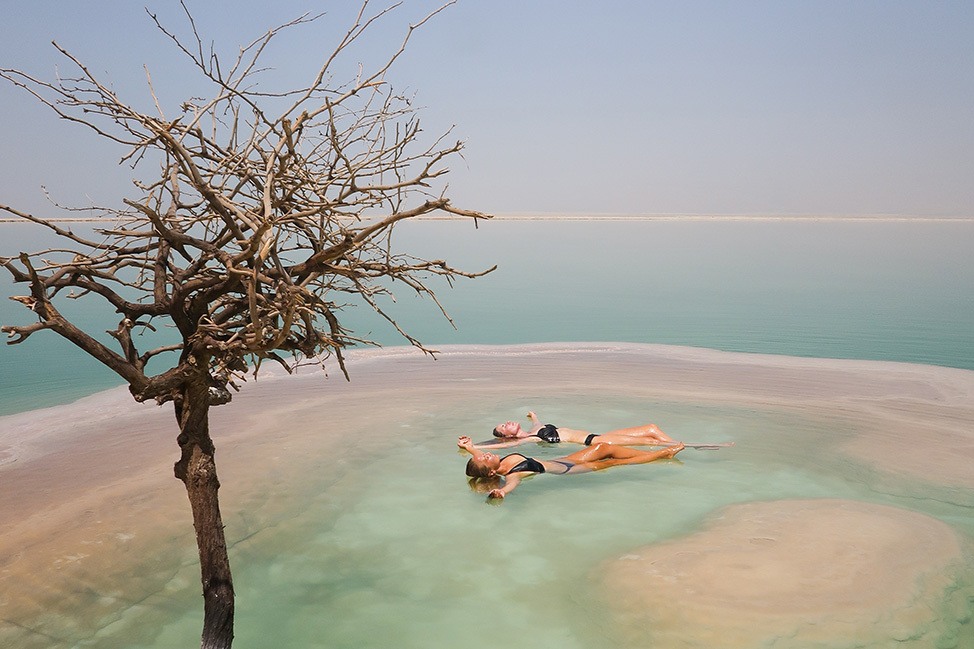 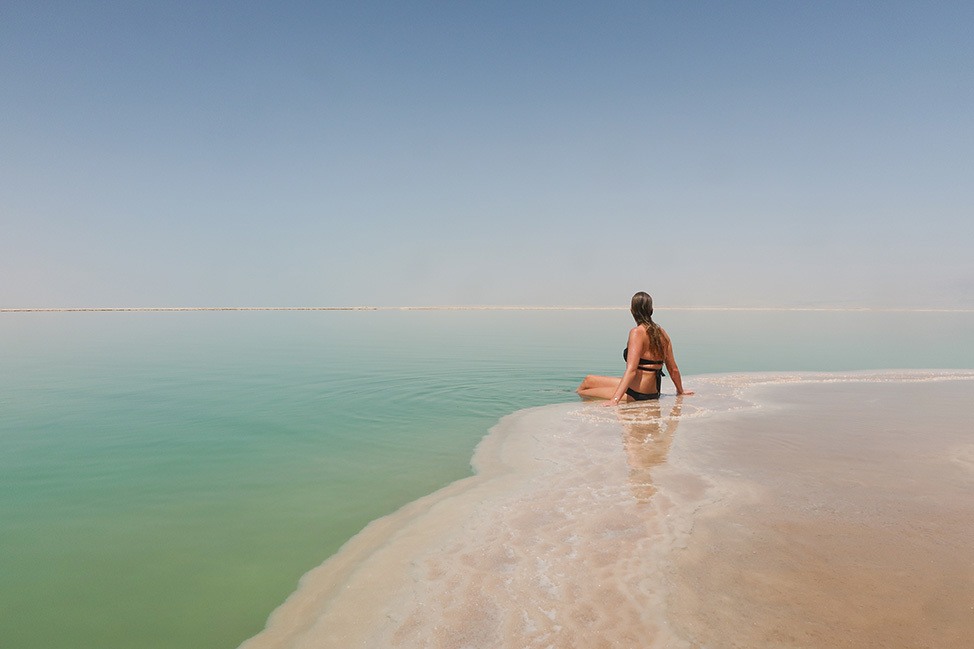 Well, no. As we were getting ready to leave the tree we saw someone paddleboarding towards us and, assuming it must be a lifeguard about to chastise us, we hightailed it away. We later learned that he was the guardian of the tree, which is in fact actually somewhat of an art installation.

A local resident of Arad paddleboards out every day and places nutrient-rich mud around the tree. I did extensive research to try to find the name of the person who created it or more information about him and his intentions, but could only find one Hebrew article, which Google Translate did me a solid for:

“I planted this tree as a creative act under the name Dead Tree in Sea of ​​Life. Since the Dead Sea is the sea of ​​death, I wanted to break a few stigmas,” said Amiram Dora, a tour guide from Arad. “The Dead Sea, the sea of ​​death, represents life, extensive tourism, mud and minerals, a place to relax from the pressures of everyday life.”

He isn’t the first artist inspired by the Dead Sea. Israeli sculptor Sigalit Ethel Landau submerges everyday objects, from violins to weddings dresses, for months, and displays the crystallized creations that emerge in galleries around the world. 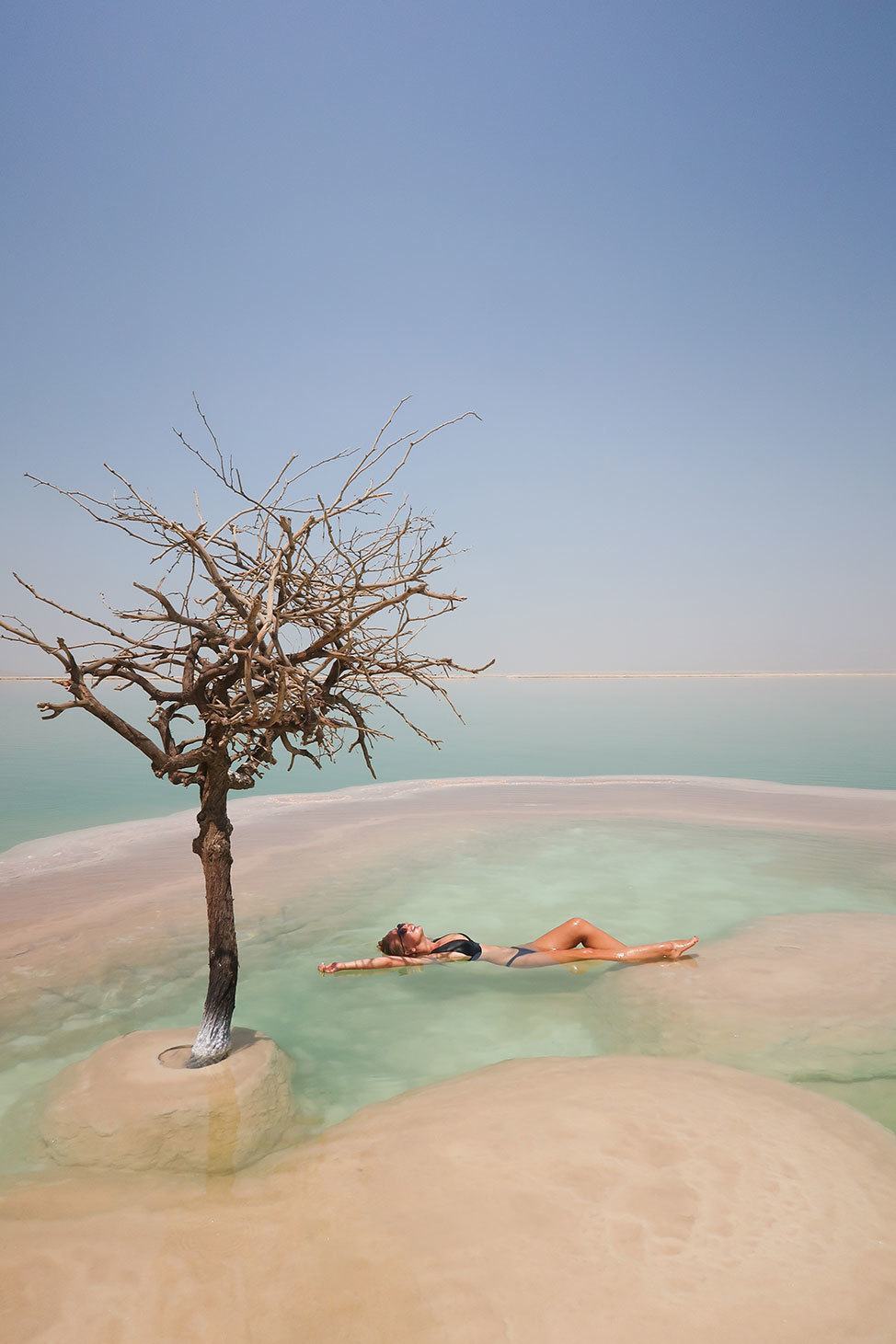 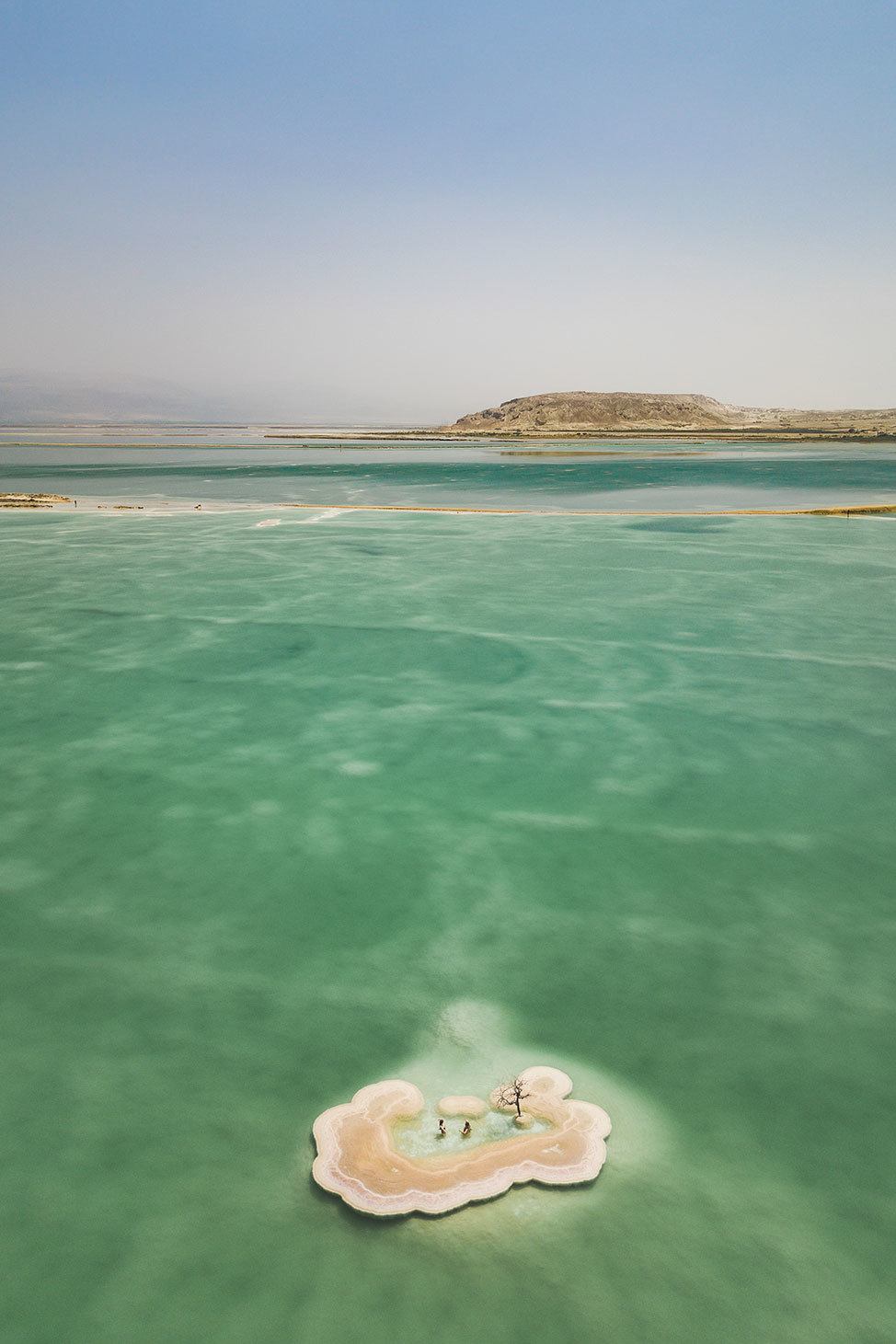 Since we all started posting these images on Instagram — okay not really me so much as  Jackson, Rob and Becky, who have huge followings — it has literally been reposted hundreds, perhaps even thousands of times. I’ve now seen other huge Instagrammers head there too. I’m not necessarily saying they were inspired by us, as I’ve definitely seen videos that predated our visit — but it is wild how things like this go viral.

In a way it makes me wonder if this could be the next Wanaka Tree, where the shores are crowded by hundreds of people just clamoring to take a photo. Honestly, I kind of doubt it — it’s very hard to get to, and frankly, as it’s less a fragile natural wonder and more of a piece of art meant to draw attention to the Dead Sea’s ecological crisis, if it did draw crowds that might not be a bad thing. 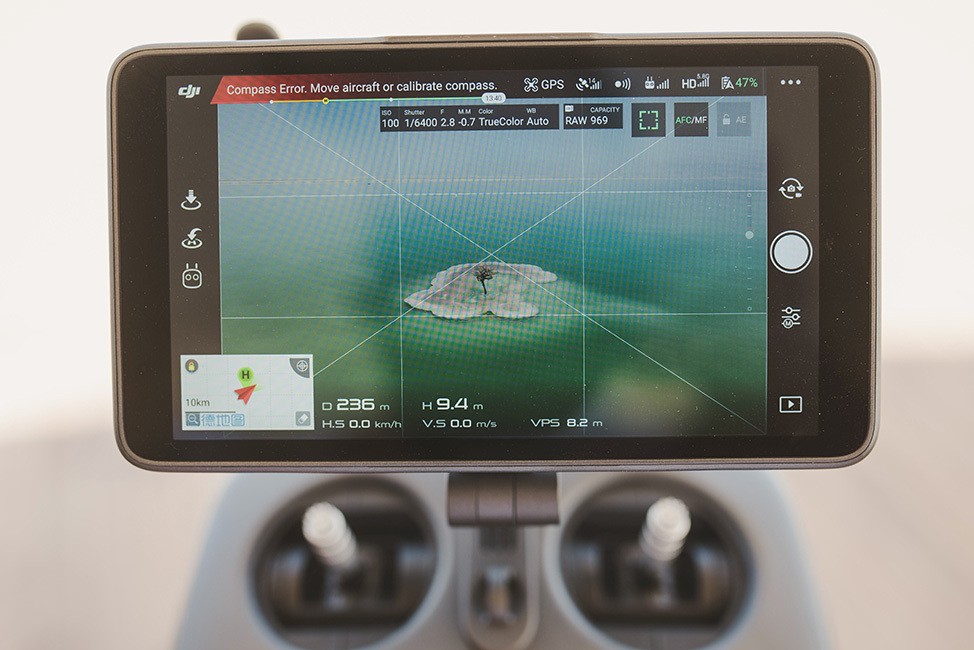 When we finally pulled ourselves away, covered in painful salt formation cuts, eyes burning with salt water and dehydrated as all get out, our smiles were ear to ear. What an adventure we’d had! 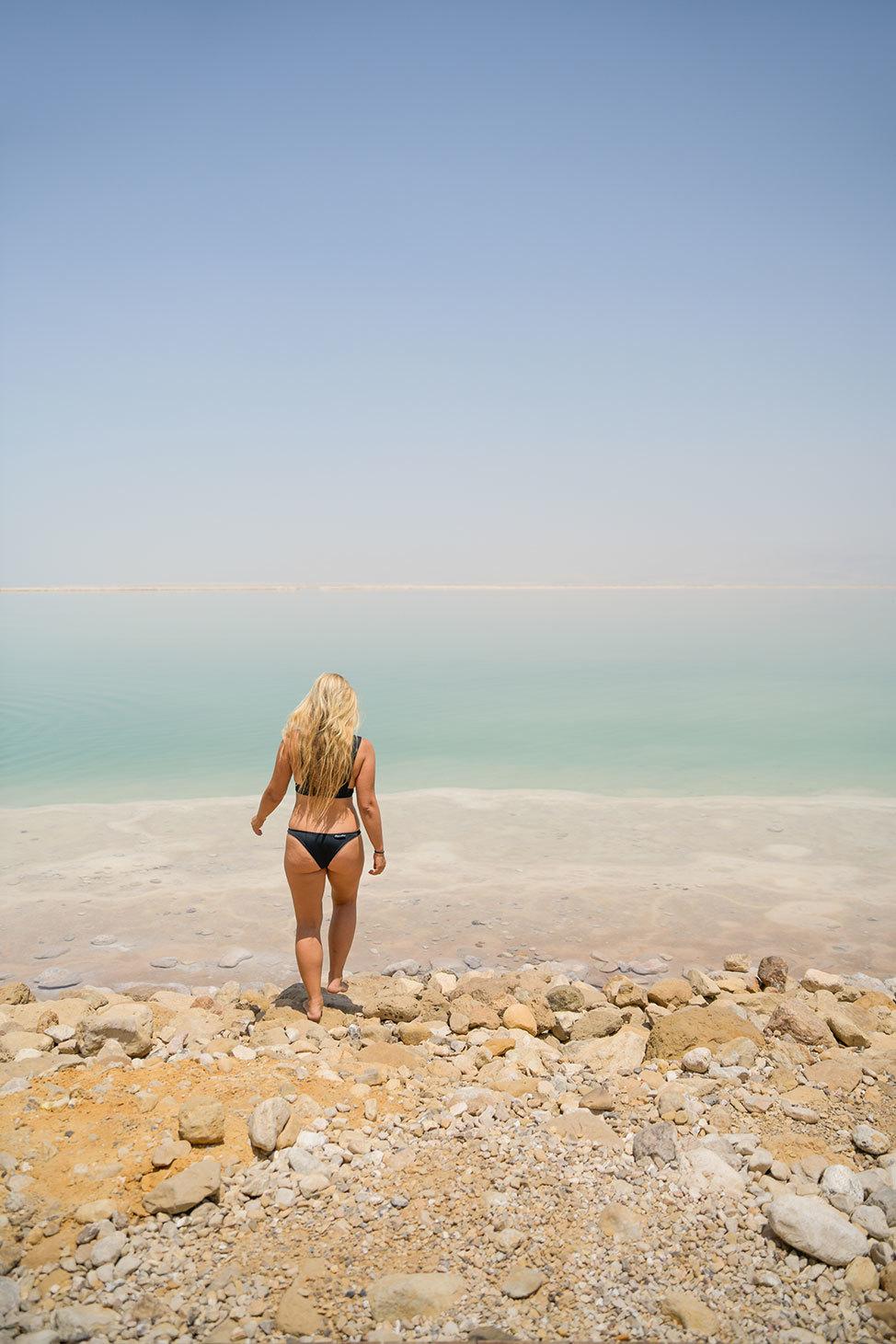 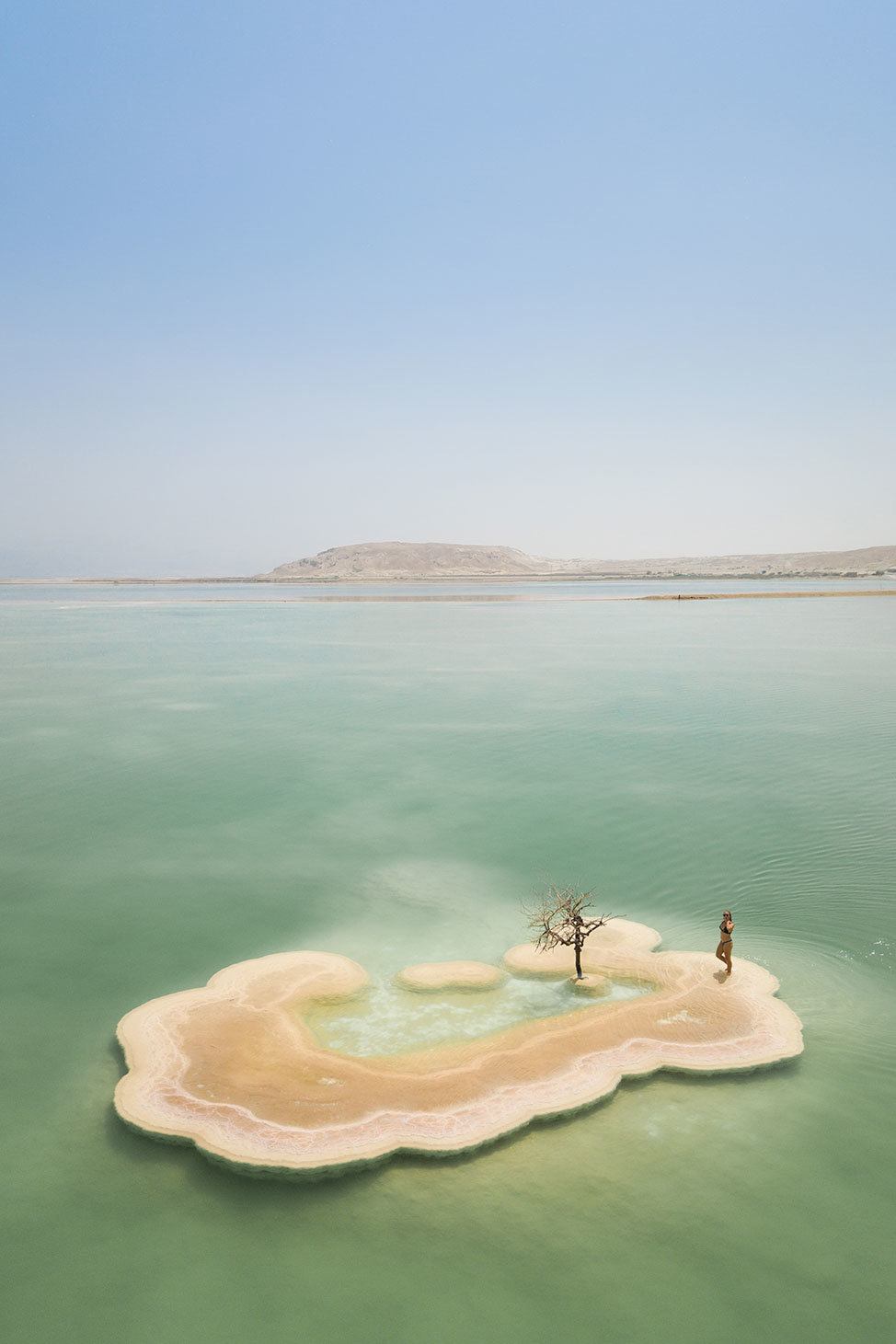 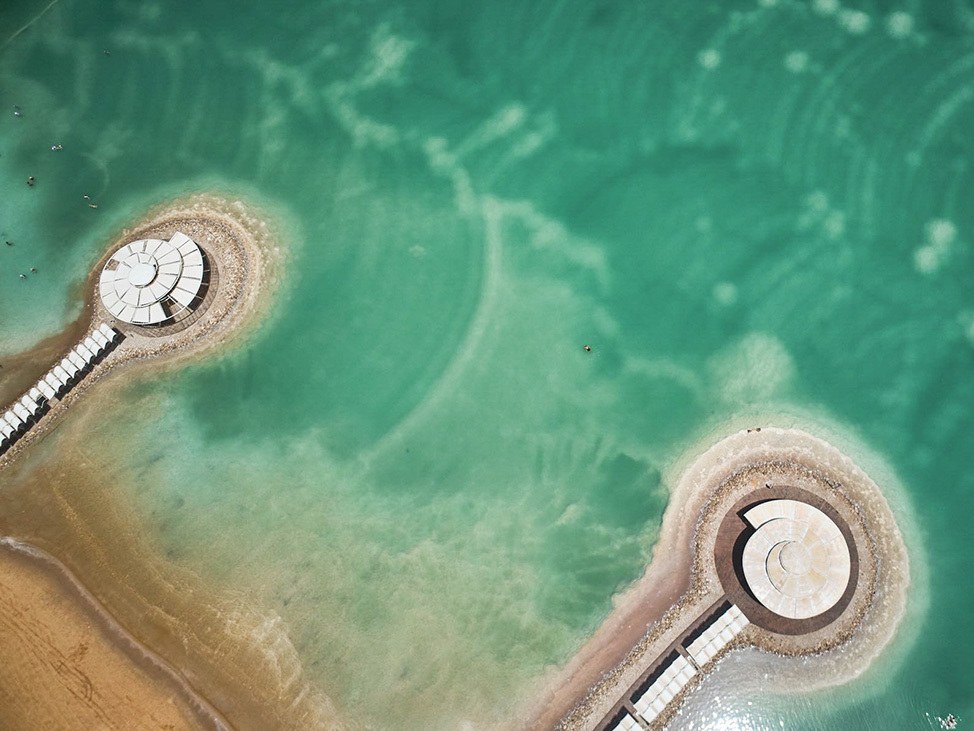 The whole experience reminded me that travel is such a personal experience. No, I didn’t really care for Jerusalem — without a doubt the country’s greatest lure to tourists. Yet I’ll never forget this day spent exploring a place I didn’t know existed till I spotted it in the distance out of a car window. Chase your stupid travel dreams and all that, you know?

Remember, even in tiny countries well trod by travelers, there are hidden gems waiting to be discovered. There are places that truly inspires wonder that you’ve never seen on Instagram before. This day was such a powerful, exhilarating reminder to never stop exploring… and when looking for inspiration, to sometimes put down the phone and pull out the binoculars instead. 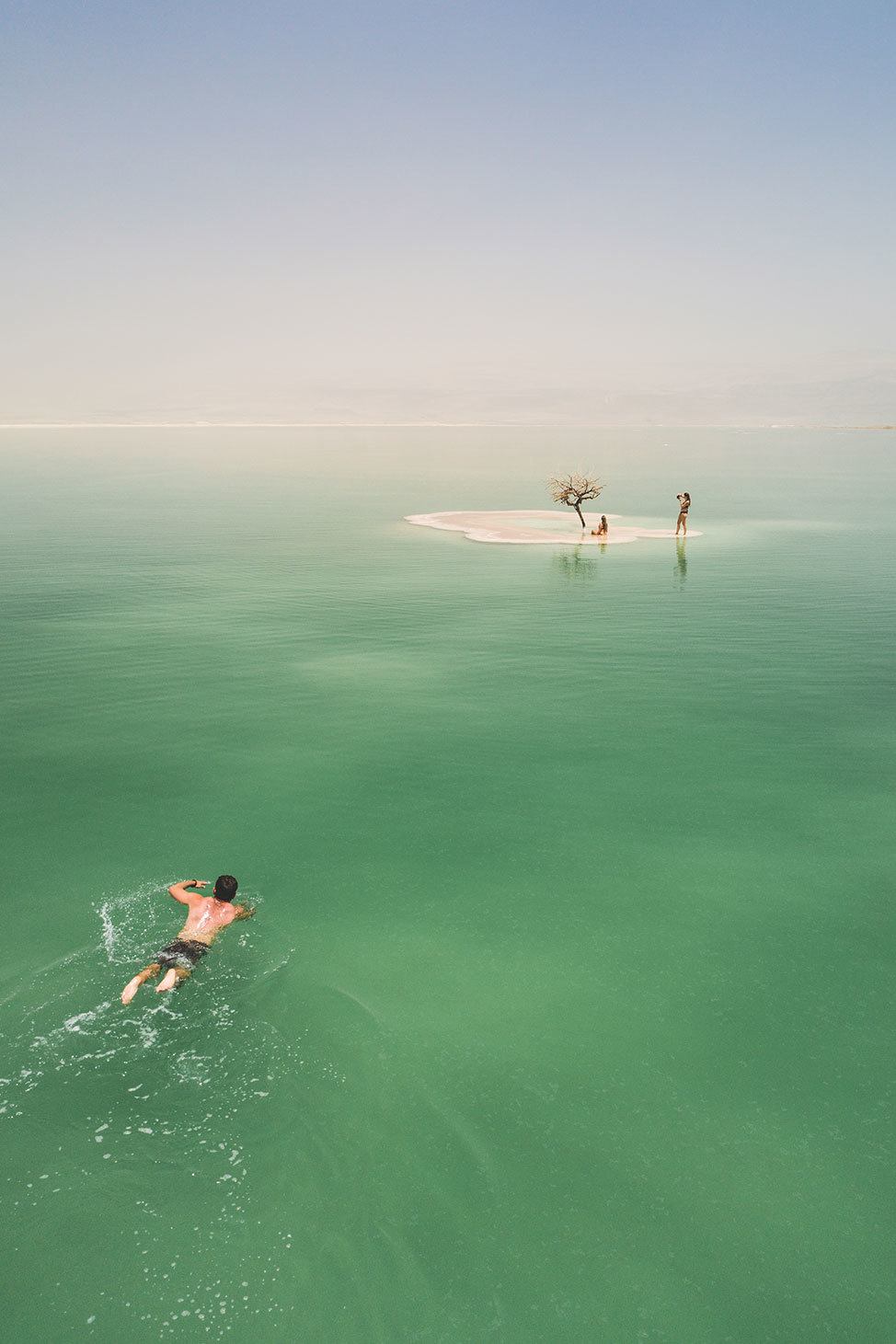 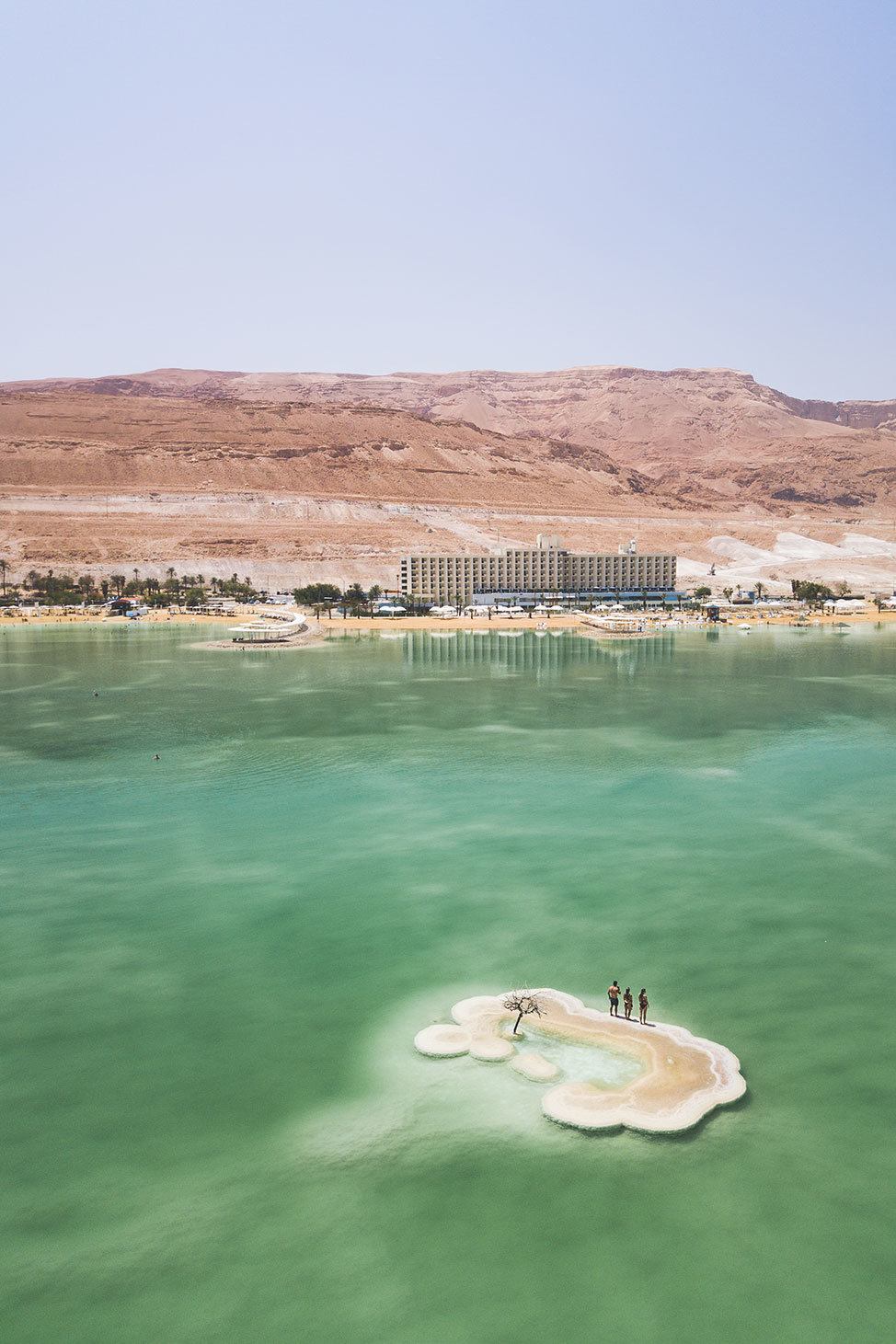 Do you have a favorite spontaneous travel memory of something you’d never find in a guidebook?

Many thanks to Vibe Israel for hosting me on this trip. 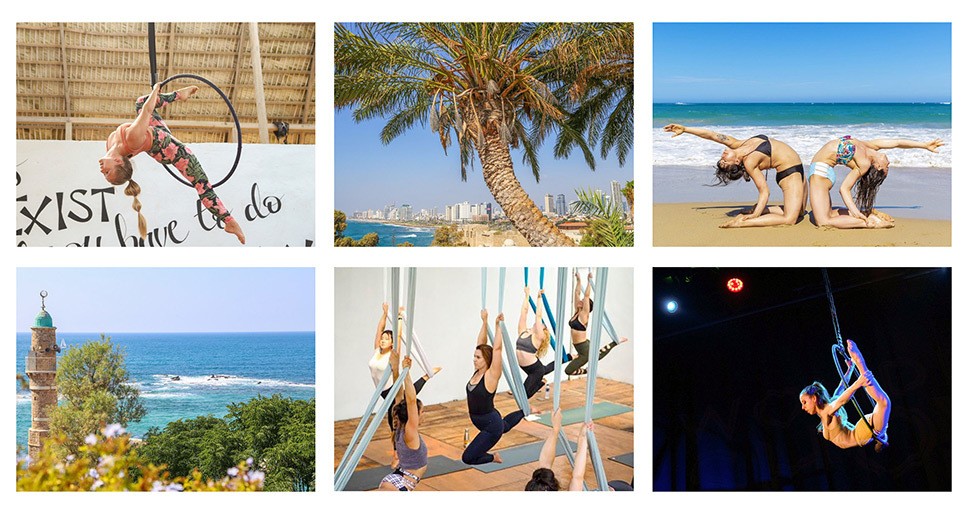 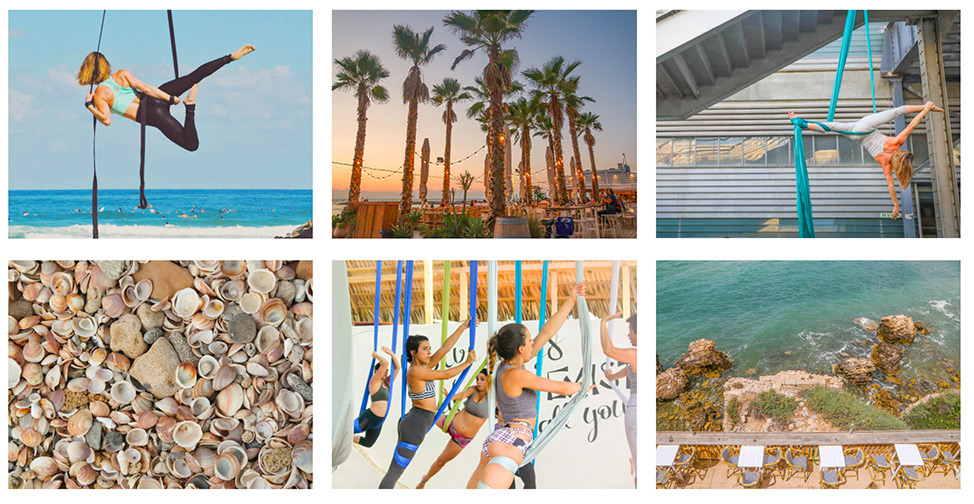 A Party in the Jungle at Tao Festival Something Just Like This: Seeing Coldplay Live in Bangkok
30 Comments...