There are many images that evoke Scotland. None shine as brightly for me as a certain wee hairy cow native to the country. The highland coo, as the locals call them. 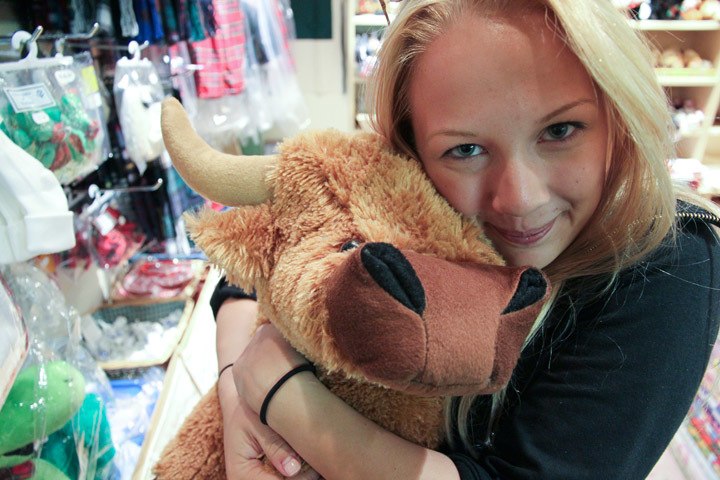 You’ve already had a peek into my bovine obsession during my first two photos of the week and even during my hike up Ben Nevis. But my obsession started long before my flight even landed. When I was on the fence about purchasing a zoom lens before this trip or waiting until next year, the idea of getting some great shots of these guys put me over the edge. And from the minute I got off the plane, my eyes were glued to the car window scanning for a sighting. If you’re starting to suspect that I’m gunning for the first page in google search results for “highland cow”- you’re right. 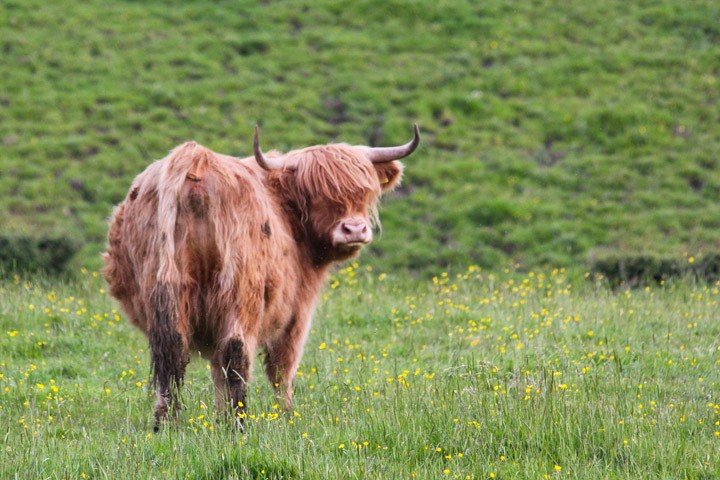 Knowing my level of investment in getting enough photos to sell my own highland cow wall calendar at a kiosk in the mall, Mark brought me down a local road where there were usually some grazing nearby. I nearly squealed with excitement when we spotted not one, not two, but six of them! But with a high fence and a ditch between us, we could not go to the cows, we had to bring them to us. 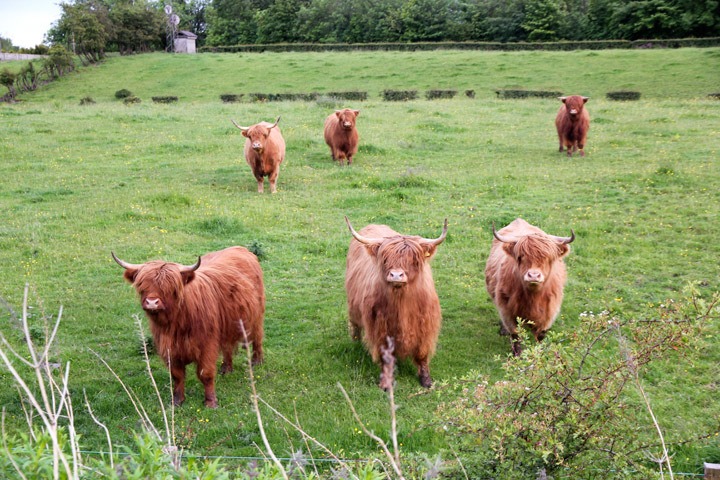 Well, when my logical reasoning with the cows went nowhere and they thoroughly ignored my gentle pleading and eventual bribes, Mark took things into his own hands. So if a picture is worth a thousand words, surely this video is worth at least a billion.

I love picturing the cow’s thoughts during the video when they come thundering towards us and then eventually just stop and look at each other like, “what’s with these weird cows? They stand on two feet and they aren’t very hairy.” 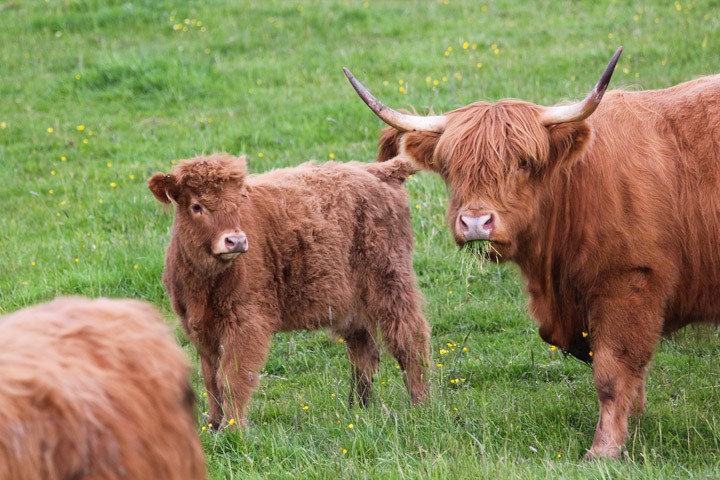 So, What do you think? Is my obsession understandable now? Would you try the highland cow call? Most importantly, will I be able to smuggle one through customs?

A Polar Bear Goodbye to Churchill