Caged and Outraged: The Sad State of the Ho Chi Minh City Zoo

Are you looking for a fun, family friendly activity or attraction in Ho Chi Minh City? Let me give you some hard-earned travel advice: Do not go to the Ho Chi Minh City Zoo.

In our last few days in Vietnam we were back in Ho Chi Minh City (or Saigon, as I often refer to it) and cooling our heels while we waited for our Thai visas to come through. We had done all of the big sights in Saigon, and frankly we were looking for some non-war related activities to fill our final days. There had been enough guilt and tears so far for one vacation. So after browsing the guidebook for a full five seconds, we settled on the innocent seeming Ho Chi Minh City Zoo, a relatively small blip on the map in the midst of some urban gardens. 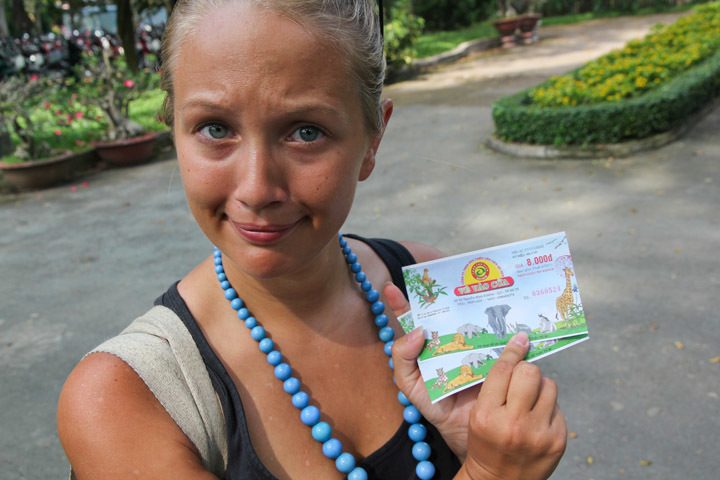 When we arrived we giggled at the tickets that shows elephants, lions and tigers. Sure, we thought. Like you’re keeping animals that big in this teeny zoo and charging us 8,000 dong (less than 50 cents) to see them. 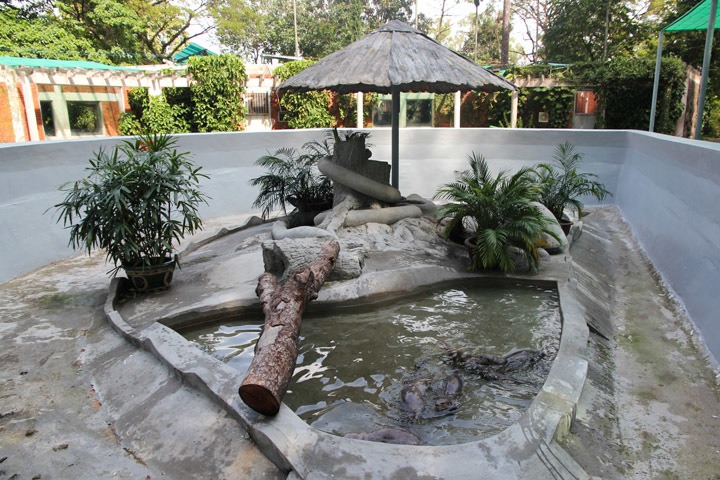 Imagine our surprise when we nearly walked into a giraffe enclosure. There was no signage and the fence around them was fairly pathetic, but they seemed decently cared for. It would all go downhill from there. 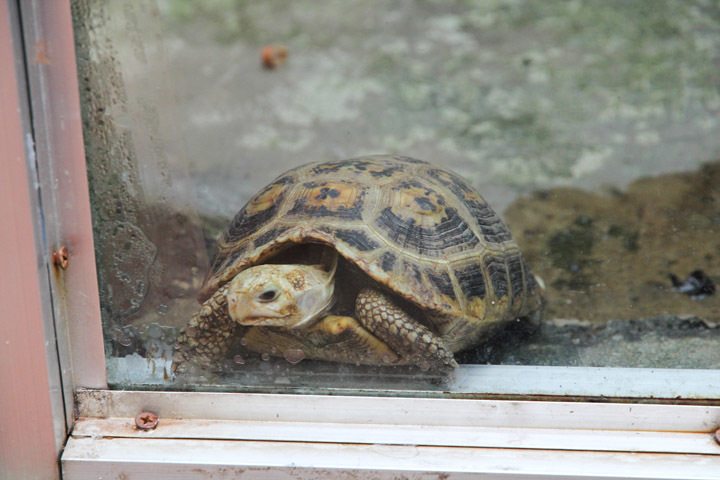 We moved on to the reptile house. Now, I am somewhat of a zoo aficionado. I sniff them out wherever I go. So it’s a big deal for me to say I’ve never seen reptiles so active in their cages before. Most of them were up against the glass, almost trying to crawl out. 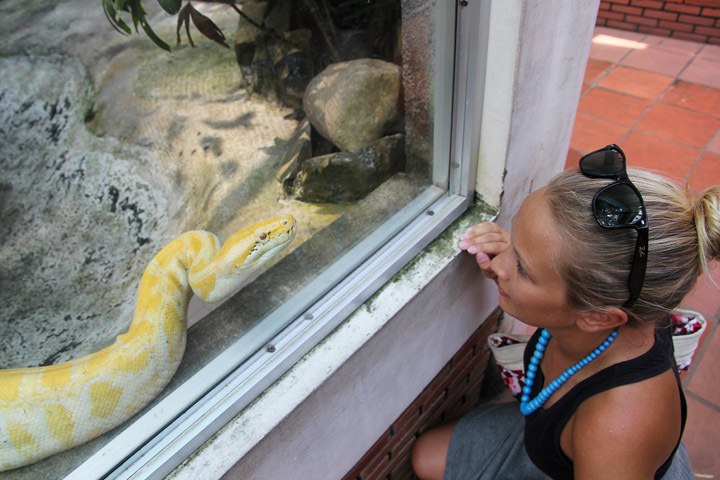 I might do the same if my cage was filled with feces, made of cement, and lacking stimulation or life-like environment. I was a bit bothered by what we saw, but I brushed it off by telling myself I was applying my Western standards to a foreign country. Ironically these were some of the best sized/tended to enclosures we would see that day. 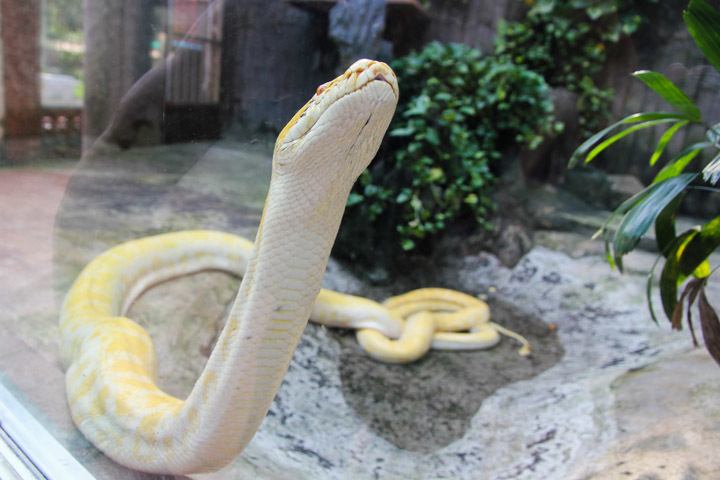 Do any animal experts have any explanation for why all the reptiles would be pressed up to the glass like this? It was very odd to see them all that way. 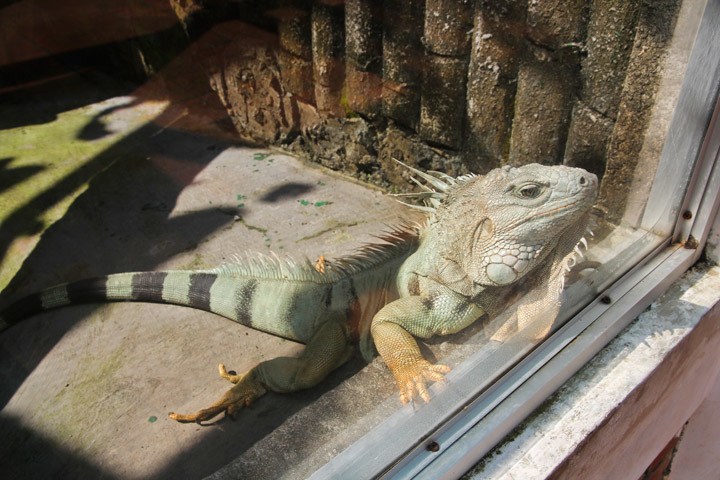 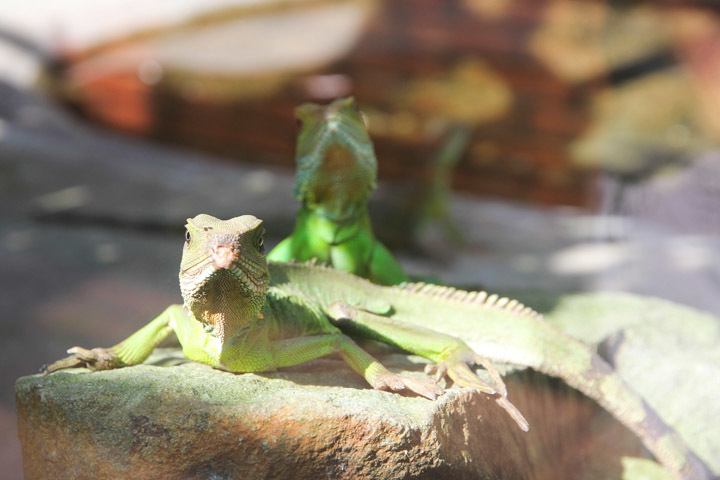 After walking through some sketchy waiting-for-a-lawsuit looking amusement park rides and a pod of severely undersized wild cat cages, we stumbled upon the elephants. At this point I could no longer avoid the truth that we had made a mistake in coming here. 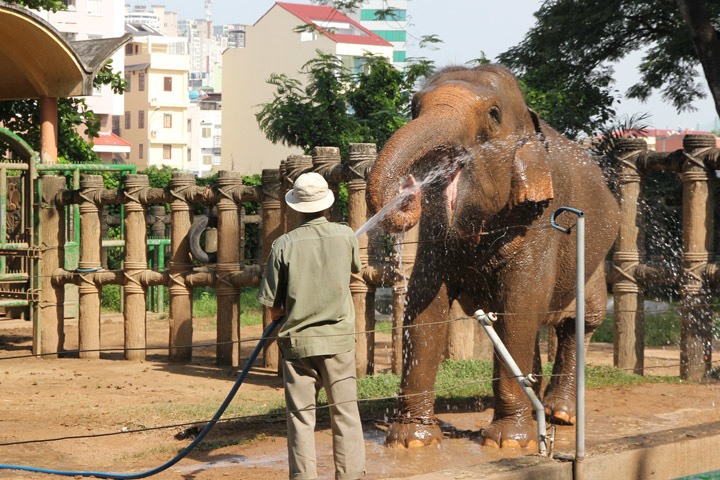 From the photo below you can see the basic size of the enclosure where FIVE elephants are meant to live. Some of the elephants were locked into the “pens” in the background, while the one who was lucky enough to be out front was also chained by the foot. 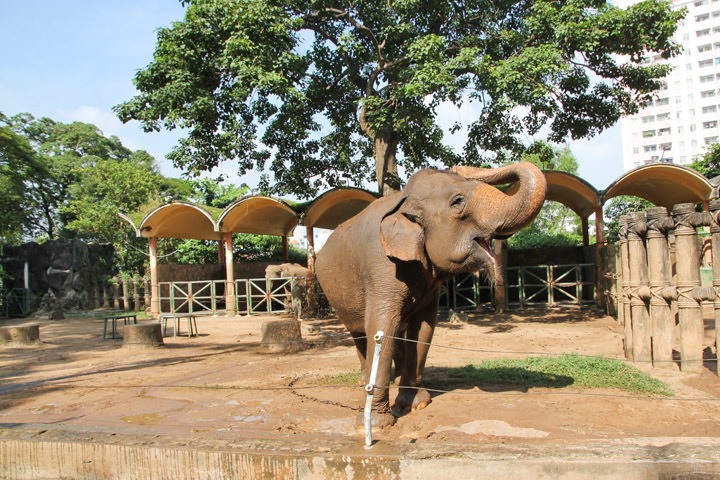 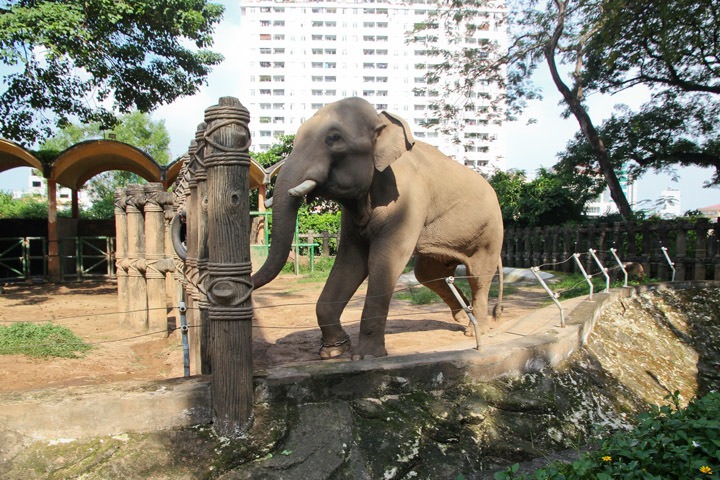 My stomach tightened as we took in the scene. The whole space was barely big enough for one adult elephant, nevermind the 6-7 they seemed to have pens for. Elephants are intelligent creatures capable of compassion, and yet no one had enough compassion for them to provide anything to stimulate their minds. 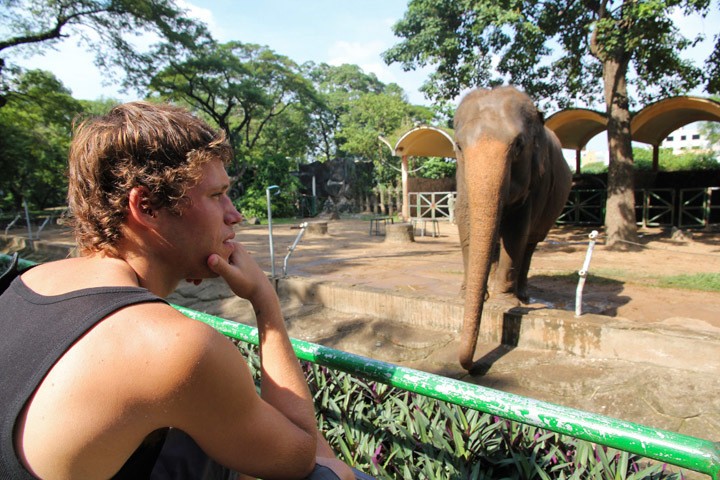 I couldn’t take it anymore and we walked away. Only morbid curiosity at this point kept me moving. We walked by depressed looking hippos with a dirt pond of water. “Let’s get out of here” I said. We started moving towards the exit. 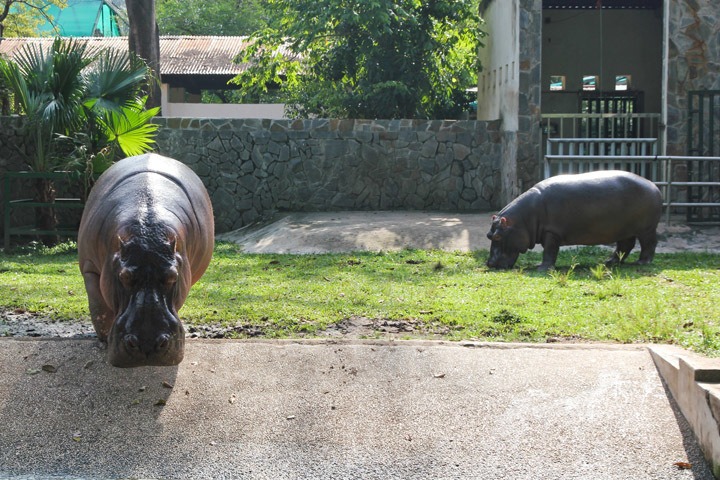 Our our way out, we saw a huge crowd gathered by a large glass window. Curiosity got the best of us and we pushed up to the front. Inside the barren cage was a rare white tiger cowering and hissing in the corner like a scared housecat. I’ve never seen an animal in a zoo (or anywhere that I can think of) under such visible stress. This tiger clearly felt it was in danger, as it showed with its periodic lunges at the people behind the glass. After it would retreat hissing back to a corner with its hind legs down, like a dog who has been swatted with a newspaper. 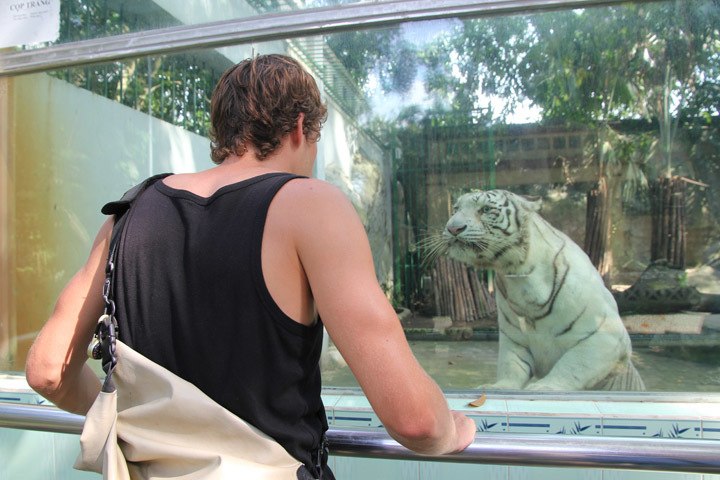 I left the Ho Chi Minh City Zoo feeling a little bit dirty. I know they are becoming controversial among animal lovers, but I truly believe that a zoo done right can educate and inspire. My beloved adopted hometown New York City’s Bronx Zoo and Scotland’s lovely Edinburgh Zoo are two examples of that. Even in South East Asia, great things are possible, as I learned during my visit to the Phnom Tameo rescue center in Phnom Penh, Cambodia. There’s just no excuse for the stress and neglect that I saw in Ho Chi Minh City. Worst? I think we were there on a good day, from what I learned from Tripadvisor after the fact.

Perhaps the admission fee is too low, perhaps the space is too small, perhaps the compassion isn’t there for the magnificent creatures being left to pace or panic themselves into a frenzy all day. I’m sorry that I supported this zoo with my visit, and I hope to help others avoid the same mistake.

Edited to add: Long after visiting the zoo I was still disturbed and felt the overwhelming desire to DO something. With some internet searching I found this site, an international animal welfare watchdog group, where I was able to report what we saw. I encourage other travelers that witness animal abuse to do the same. 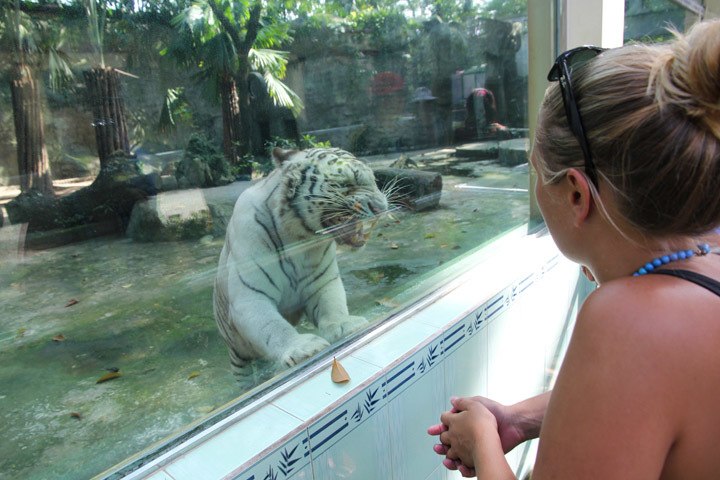 So. Hopefully I’ve dissuaded you from ever visiting that sad excuse for a zoo. Are you still looking for a fun, family-friendly activity or attraction in Ho Chi Minh City? Let me offer an alternate suggestion: The Ho Chi Minh City Museum of Fine Arts. 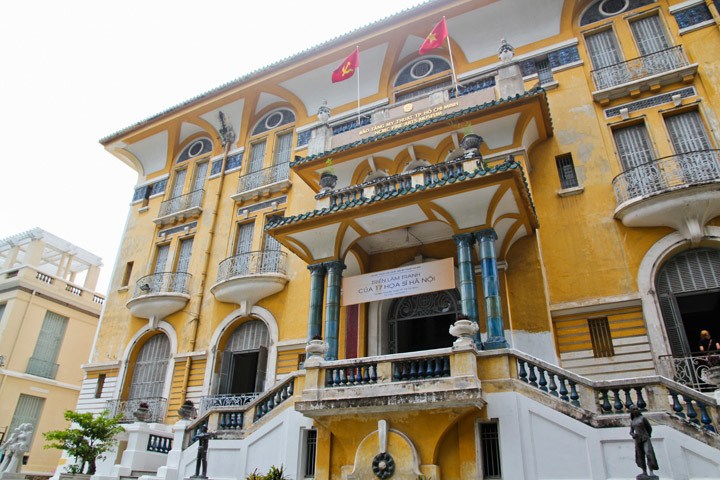 Just a stone’s throw from the Pham Ngu Lao backpacker’s district and a pleasant walk from downtown’s upscale hotel scene, this attraction will only set you back 10,000 dong (about 50 cents). 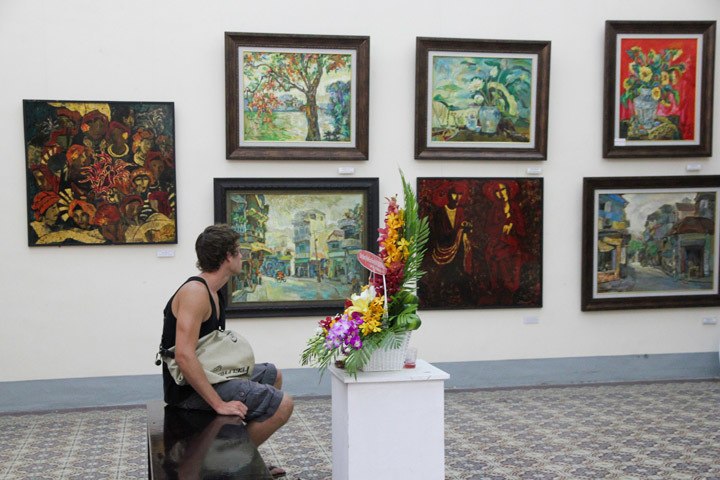 There is a mixture of traditional art and modern galleries full of the works of today’s generation of Vietnamese artists. 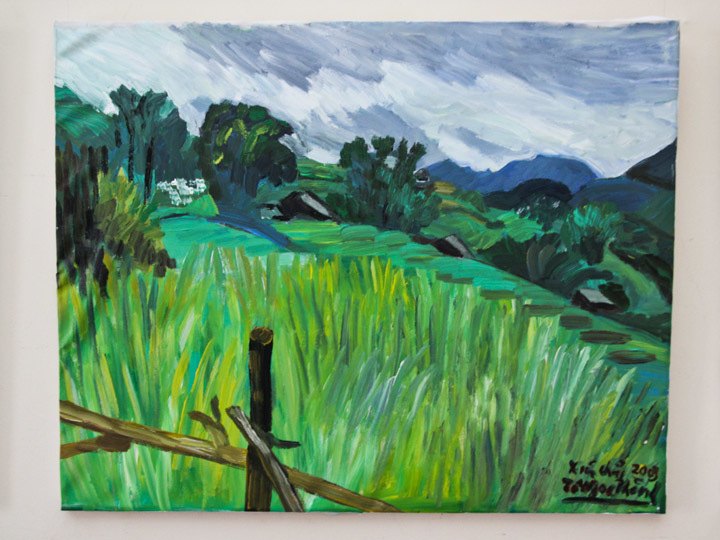 The range of work is vast, the investment of time and money low, and the reward of supporting the fine arts high. 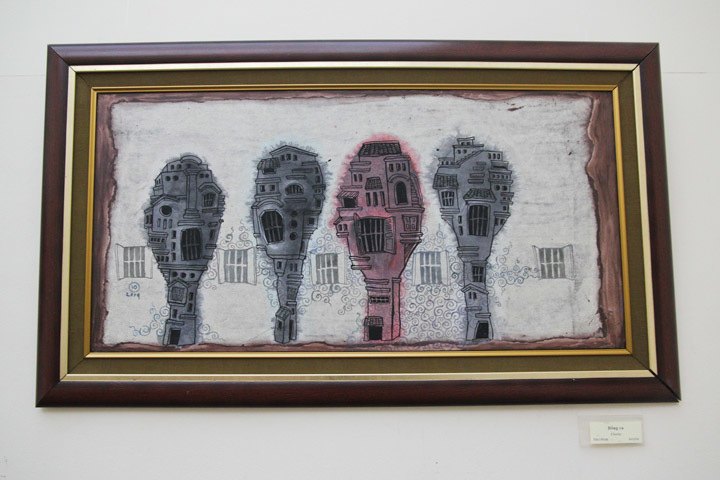 It might not be MOMA or the Louvre, but at least you won’t leave trying to plan an elephant heist. 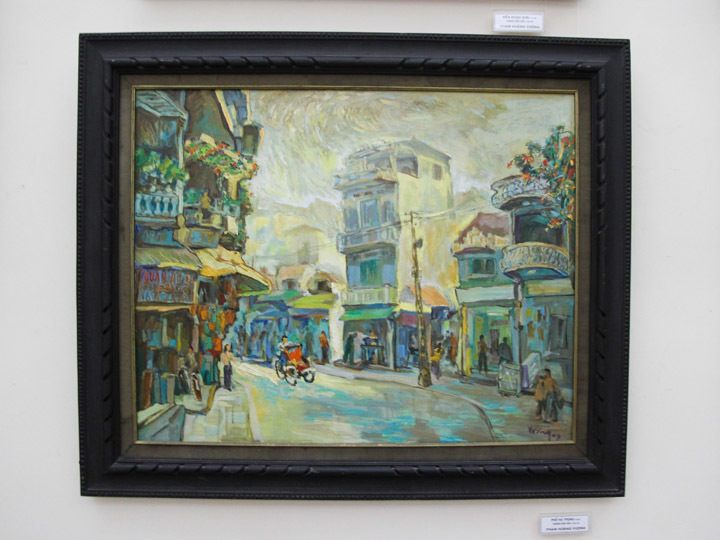 A Polar Bear Goodbye to Churchill

Cowgirls and Pirates: My Favorite Day in Nicaragua