Getting Wild at the Edinburgh Zoo

So Edinburgh may have lost my Scotland City Smackdown, but there are no hard feelings. Right, Edinburgh? Because I’m about to shower lots of internet love on what I rate as your most top notch attraction: The Edinburgh Zoo. 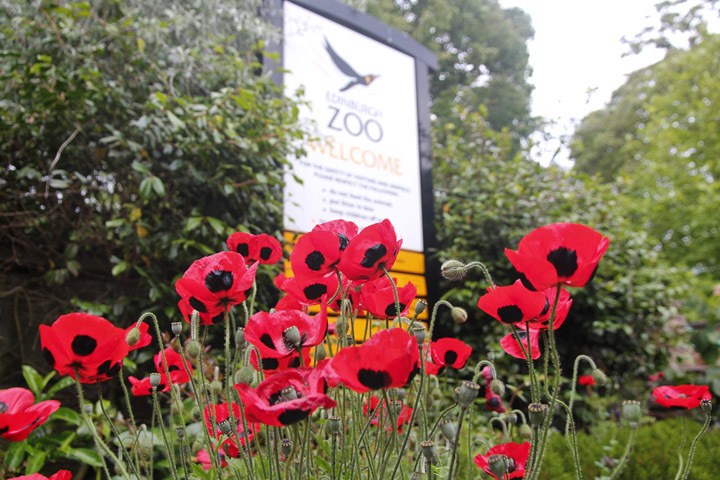 Let me rewind to the night before my visit, where I’m dancing up a storm in an underground Edinburgh nightclub. The music is good, the company’s great, and the drinks must have been a little too cheap because pretty soon I’m having my face painted like a tiger and Mark found a cow mask. I don’t know why they don’t have face-painting booths set up in nightlife establishments across the globe, because I can’t imagine them being anything less than a success. 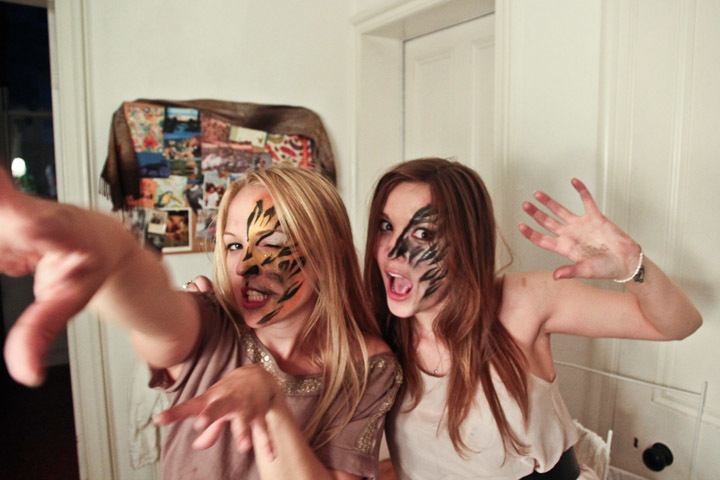 Imagine my surprise when, waking up the next morning, I was still half feline. Considering that we were planning on taking in the zoo that day and that I was still most likely legally intoxicated, I decided to not to wash my face before braving the public. It legitimately seemed like an excellent choice at the time. 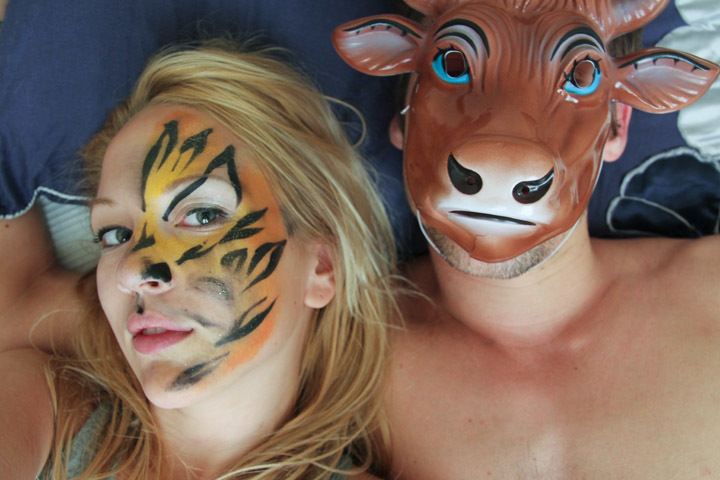 Arriving at the zoo, face paint still intact, I was impressed by the unique layout of the place. Situated on a hill, the animal exhibits go from the most concentrated small animal habitats at the bottom to increasingly large, open spaces for roaming animals higher up. At the top is a viewpoint where you can see all the way from the sea to the heart of the city. Easy on the eyes, not so easy on the knees to get there. 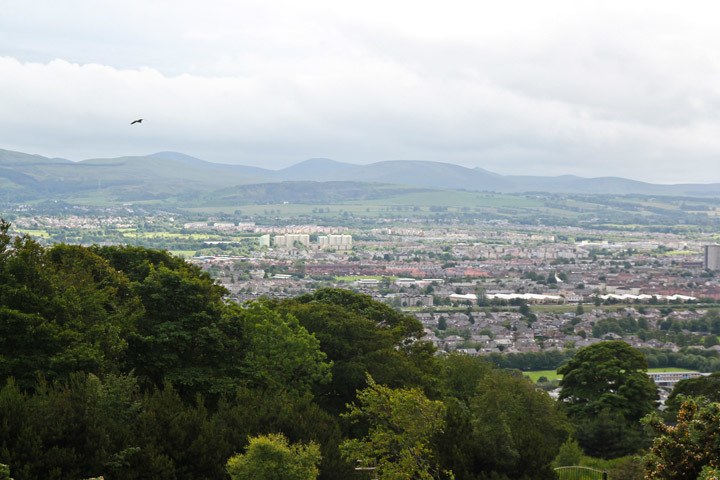 We hopped on a tram to ride to the top and then meander our way down. The first great sighting of the day was a family of zebras, looking peaceful in their enormous enclosures. I was happy to have my zoom lens with me to get some true close up shots. These will do me until I can save up for that African safari! 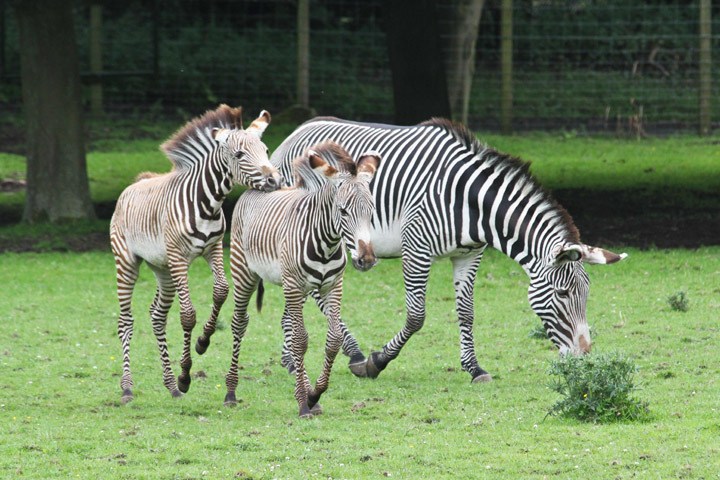 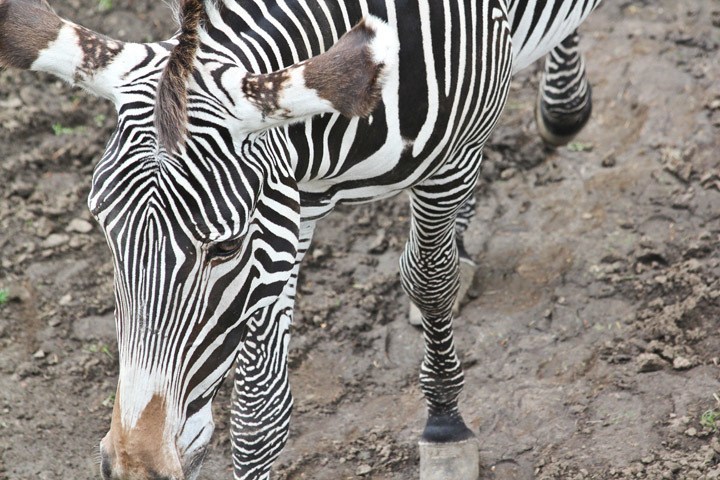 Compared to the heart warming habitats we first saw, the big cats seemed a bit cramped in their cages. I was saddened by the anxiousness of this animal and the fact that it would have little chance of survival in the wild due to loss of habitat and human threat. 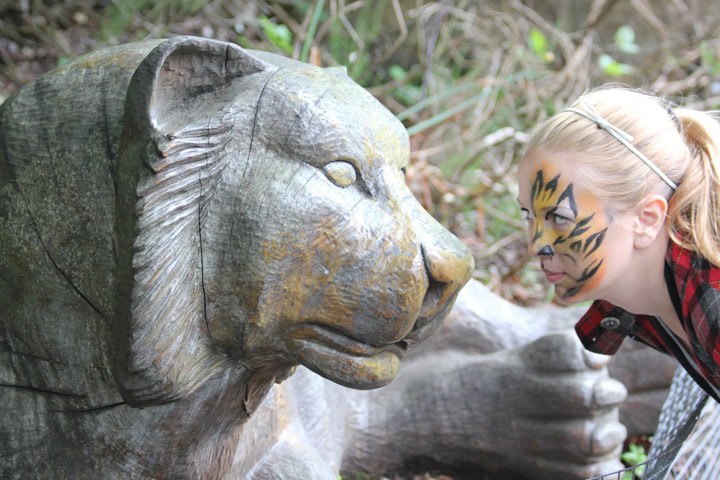 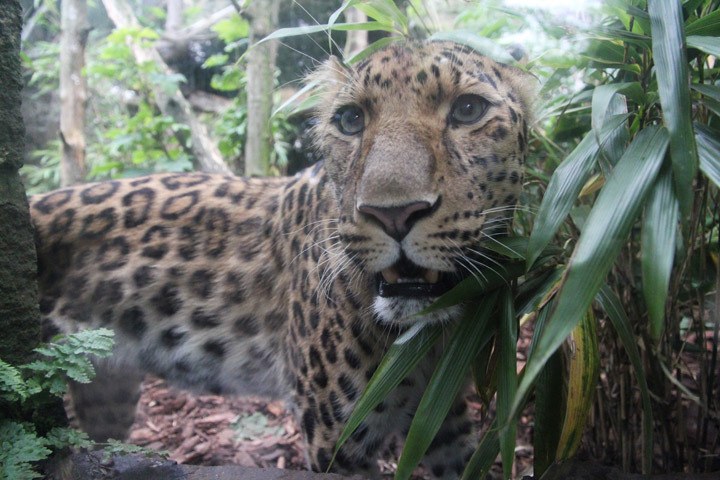 If there is one category of animal that the Edinburgh Zoo seems to specialize in, it is monkeys. We could have sat and watched this super playful brood play all day. Did I mention that it was apparently Baby Animal Day at the zoo? I don’t think I have squealed in such a high pitched voice since the last time I went on cuteroulette.com. Just like Jim from The Office came up with a two way petting zoo (you pet the animal and the animal pets you back!) at that moment I came up with a genius and detailed plan for a Baby Animal Zoo.

Did I mention I was hungover? 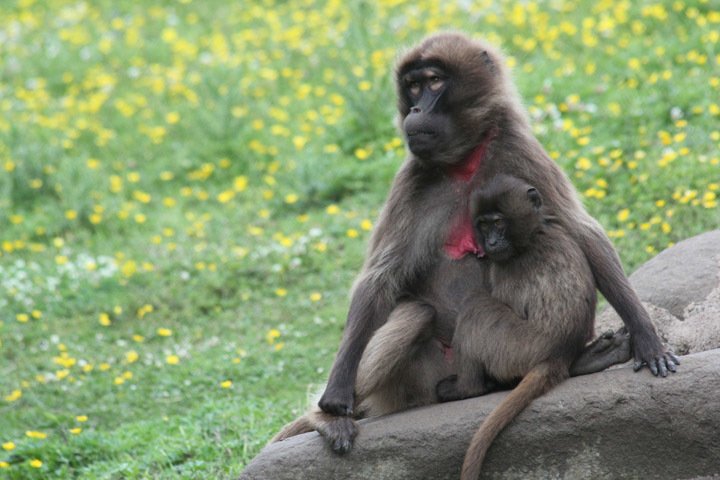 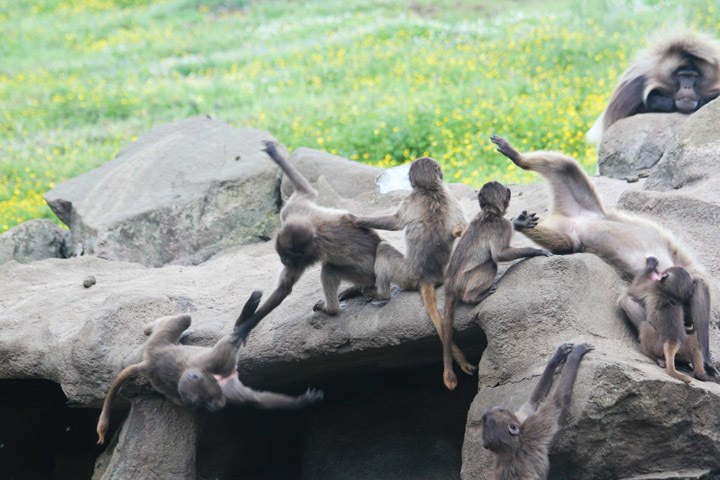 Continuing on our monkey mission, we headed to Budongo Trail, an interactive chimpanzee enclosure. The exhibit focused on the striking genetic connection between chimps and humans, accentuated by the chimps fascination with the beings on the other side of the glass. One little boy in an ape costume (clearly trying to show up my face painting) got quite a fright when a chimp ran right up to the glass in front of him and gave it a tap! 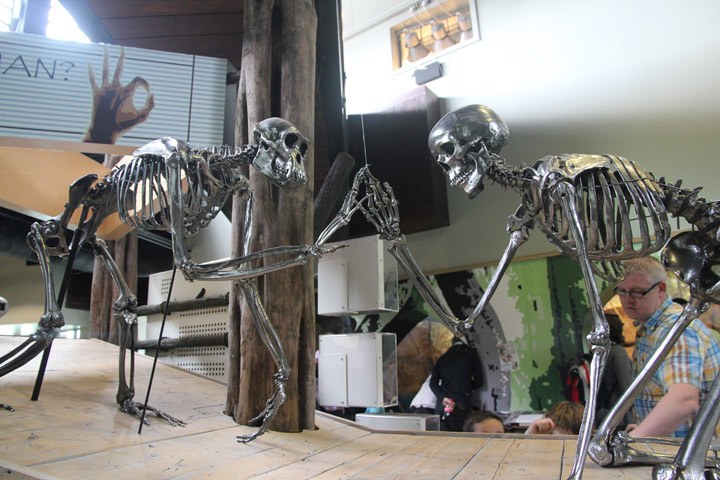 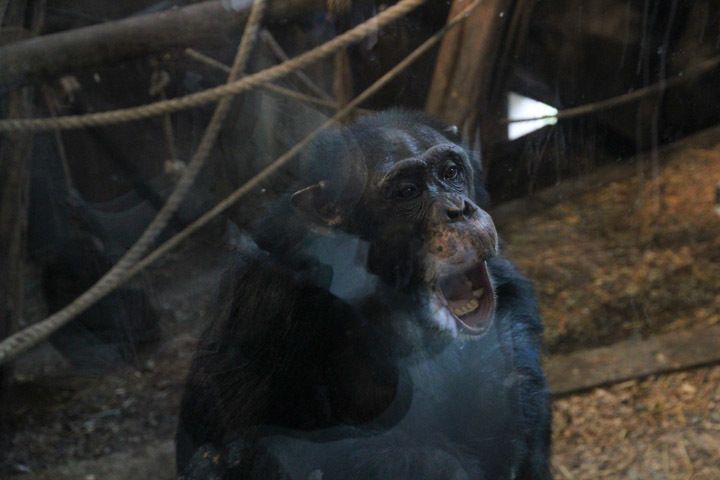 Outside, the chimps had a million dollar view of Edinburgh. 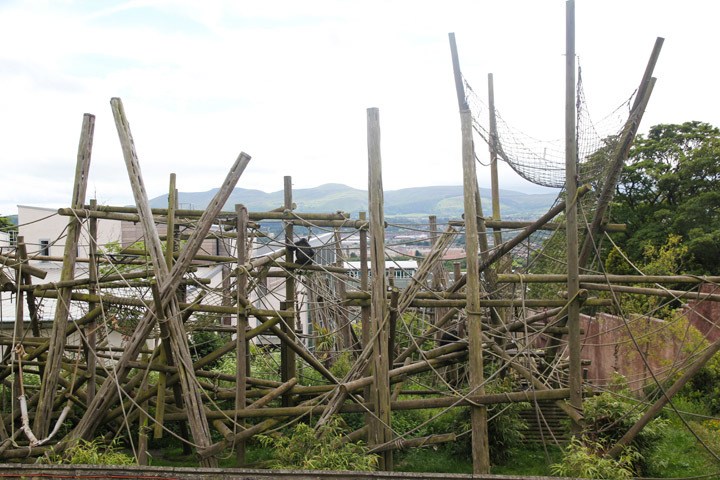 The zoo was the perfect size, not so small that you leave feeling sorry for the animals and for paying a steep admission price but not so big that you feel overwhelmed (like my beloved Bronx Zoo). In total we spent about five hours roaming the grounds at a leisurely pace. I absolutely loved this quote that I came across in one of the exhibits, and it sums up why I love zoos, aquariums, and for that matter, scuba diving! 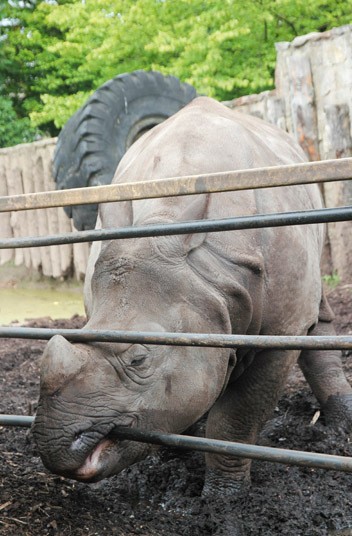 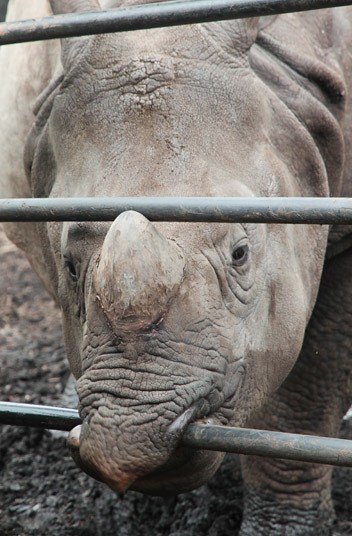 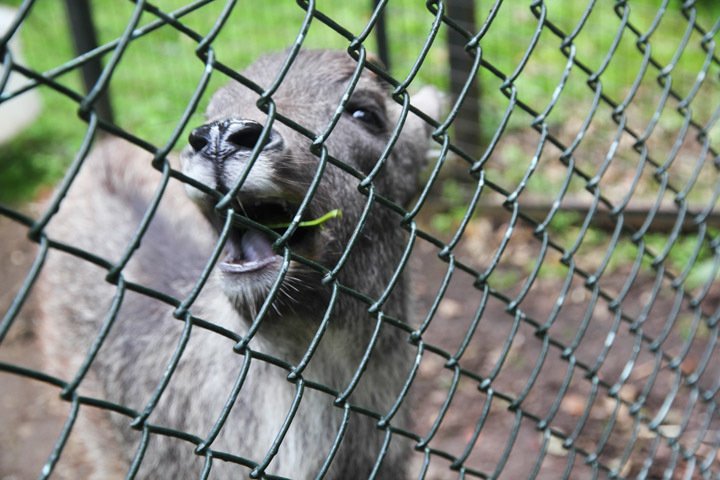 As amazing as all the animals were, they didn’t stand a chance against the zoo’s most popular and infamous attraction: it’s penguins. More specifically, the penguin parade. Every day (penguin participation willing) these little guys are let out to waddle around a circular path like rock stars past their screaming, camera happy fans. Okay, so people weren’t really screaming. But they were pushing, darn it! 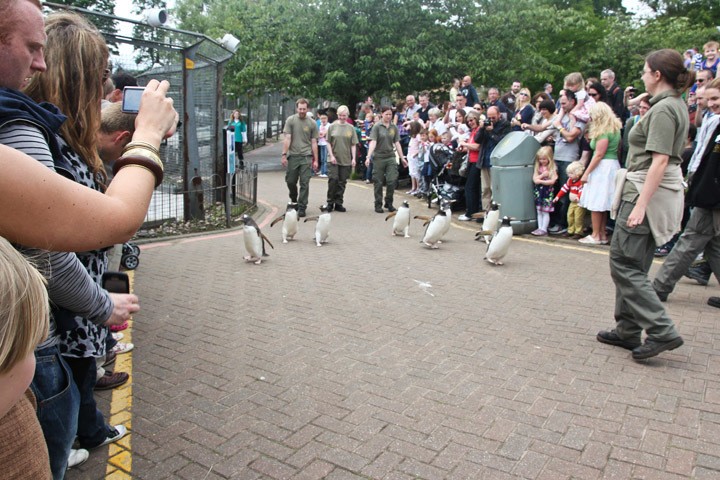 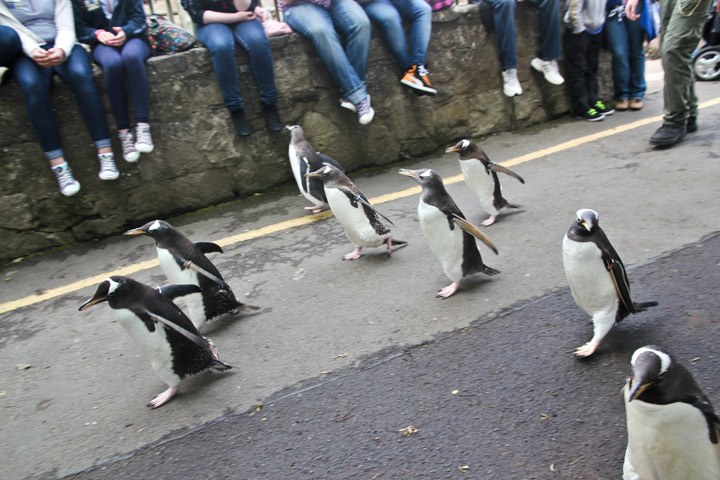 I’ve never seen penguins in such continuous motion and it was hilarious to see how their stiff little bodies move. I was so tempted to reach down and squeeze one, I don’t know how the million kids running around with little impulse control resisted the urge. In fact, I heard a rumor that a penguin was once stolen during the parade and then later returned by the hapless bird snatcher who didn’t know how to care for his new pet. Urban legend or not, I had a hard time picturing something this interactive happening at a zoo in the States.

So the zoo was a hit, and the penguins were quite the spectacle. But, never one’s to fade into the background, I think we gave those little birds a run for their money that day. 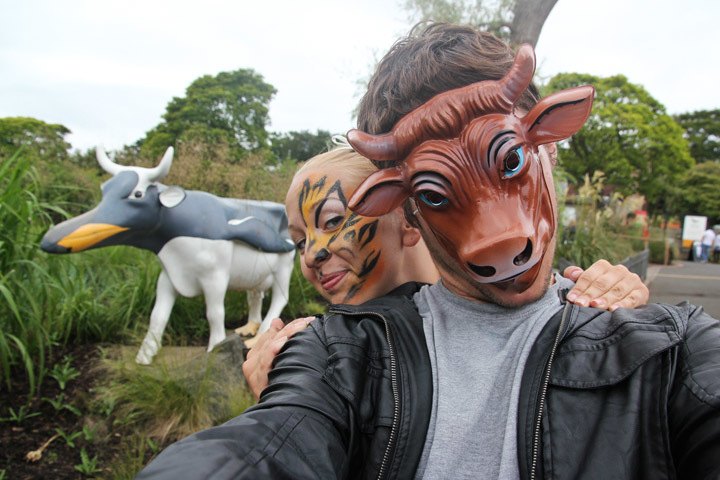 Let’s just say we were the envy of every kid at that zoo.

Travel tip: Buy your tickets online ahead of time for a discount and reach the zoo via public transportation, Lothian bus 12, 26, or 31 from Princes Street.

A Rainforest Expedition: What We Saw