Arriving bleary-eyed off the overnight bus from Phnom Penh, I instantly felt weary of Ho Chi Minh City. The city, more commonly known as Saigon, is beloved by some of my favorite travel bloggers. That, combined with the fact that I love South East Asian cities, from Phnom Penh to Bangkok, led me to assume that Saigon and I would have a long and beautiful relationship. 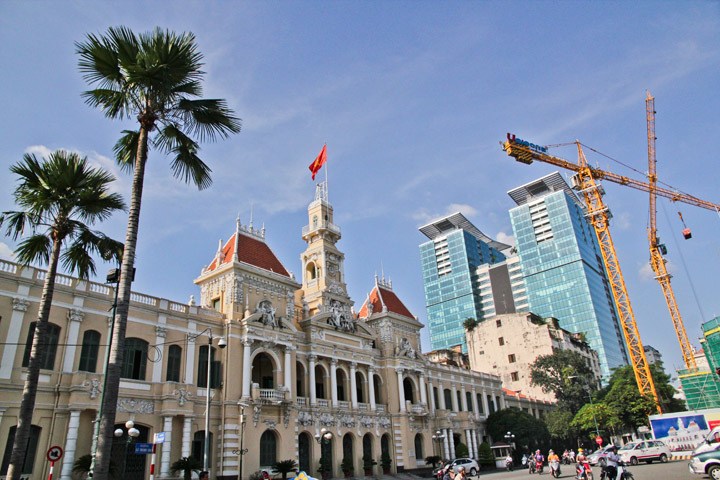 Unfortunately, it wasn’t meant to be. Saigon left me feeling tired, defeated, and kind of icky. Arriving on a morning bus and leaving on a night bus, we spent three full days in the city… and we were itching to get out. It’s rare for me to actually admit that I don’t like a place. So what turned me against Saigon? Read on to find out. 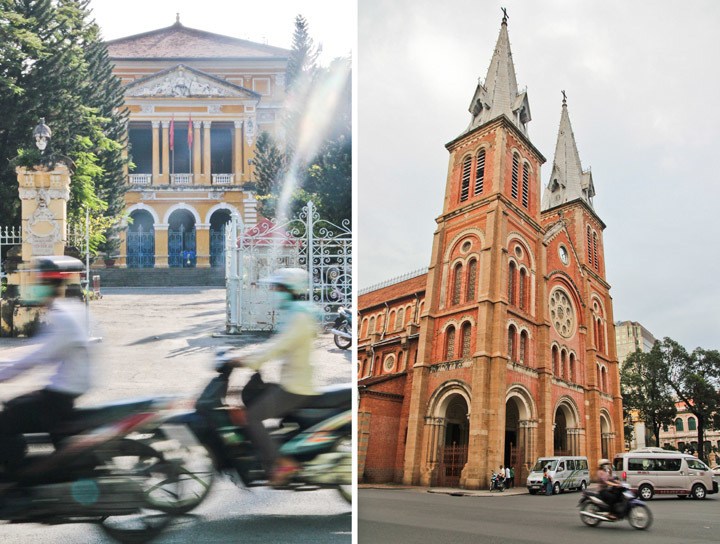 One of my favorite things to do in a new city is go for a stroll and get lost. This is not an enjoyable pastime in Saigon. My research tells me that there are 33 million motorbikes for Vietnam’s 86 million people. From what I observed, at least 32.9 million of those bikes must be registered in Saigon. 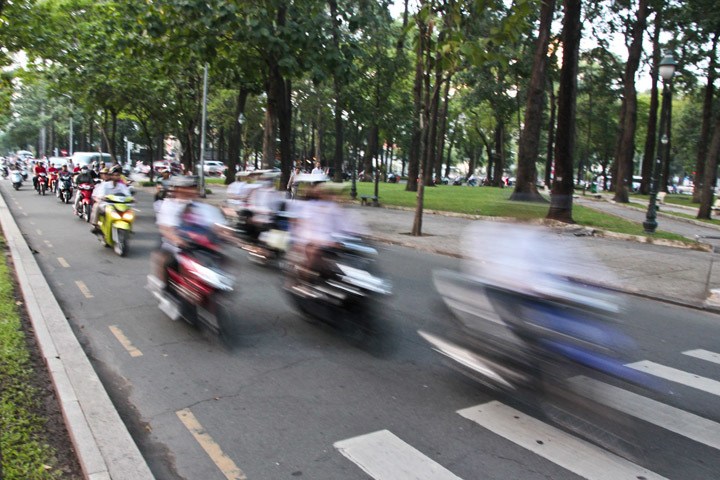 And they don’t stick to the roads, either. Sidewalks, traditionally the safe haven of the innocent pedestrian, are a dangerous place to be in Saigon as motorbikes and cyclos attempt to zoom past the gridlock on the adjacent streets. Respecting red lights and other traditional rules of the road (such as, Don’t Speed Up When Human Beings are in your Trajectory) were flagrantly disregarded. It was total mayhem, and I felt like I had achieved something worthy of a medal every time I crossed the street with all my limbs intact. 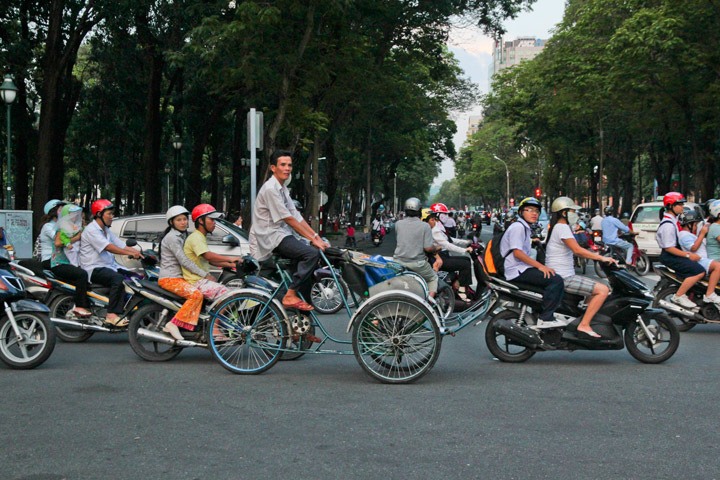 And of course, if the bikes didn’t kill you right there on the spot, they’ll get you indirectly later! My entire body reacted to the pollution in Saigon: my skin broke out, my eyes burned, and my lungs filled with toxic air.

The Scams and Robbery

Probably 90% of the purse-snatching and scam-artist tales I have heard while traveling through South East Asia have originated in Vietnam. And Saigon is the epicenter of that. A couple in our hotel told of their backpack being slashed while walking through the market. Two girls on our bus told us about having their bags lassoed away from them by two men on a motorbike. In the struggle to hold on to their bag, they were dragged through the streets. Bloggers write about the dangerous scams that can ruin their victims vacations- and bank accounts. 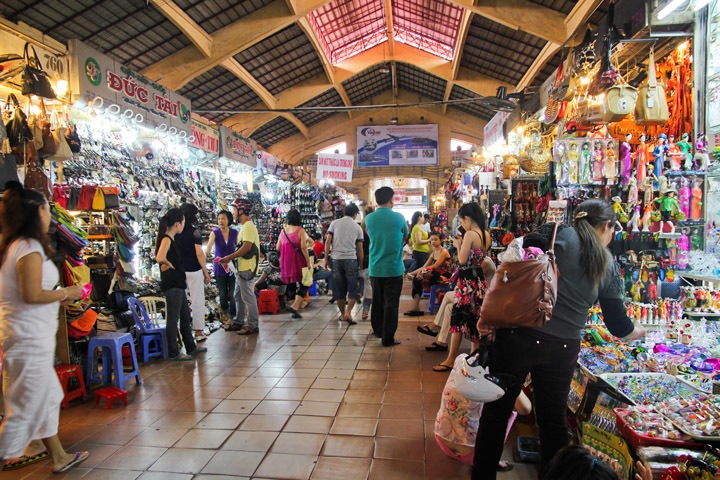 All of this is to simply say we didn’t feel very safe here. I didn’t feel very comfortable taking my camera out very often, and I was suspicious of local people who approached us. I’m normally the last person to worry about personal safety (sorry Mom!), so it was pretty significant for me to feel this way.

This is going to sound a bit harsh but frankly, there wasn’t much to keep us excited here. We went to the Reunification Palace, the Cu Chi Tunnels, and the War Remnants Museum. (Those had some issues all their own, which I’ll discuss in another post). We did a walking tour that visited many historic sites and buildings. The sights and museums here could fill a few days at most, as opposed to the weeks I could spend exploring many of the world’s cities 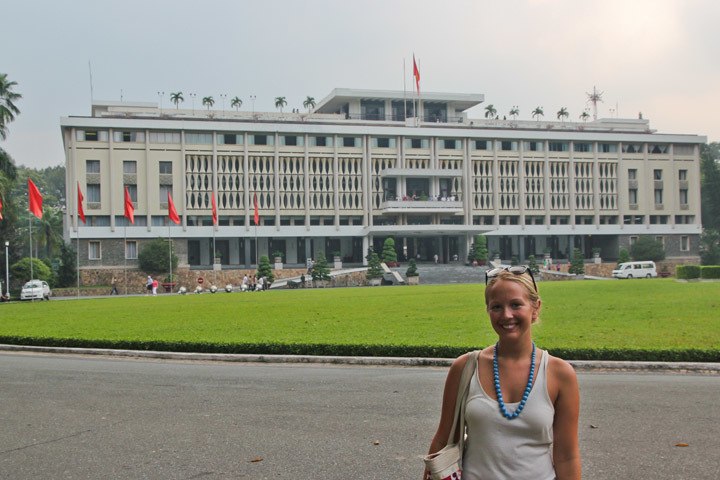 The list doesn’t really end there. We bemoaned the lack of great backpacker digs and public transportation. And having just come from Cambodia, we missed all the great boutique and NGO-run eateries and cafes (with the exception of the phenomenal Sozo).

Even so, I could see a glimmer of what all those Saigon-enthusiasts are going on about. For balance, here’ a few things about Saigon that I didn’t quite hate.

I’m a picky eater, and Vietnam is officially the first country I’ve arrived in and immediately enjoyed the cuisine. I was all about the pho, and it quickly became my daily staple. I was also a huge fan of the French-influence inspired bakeries around every corner. 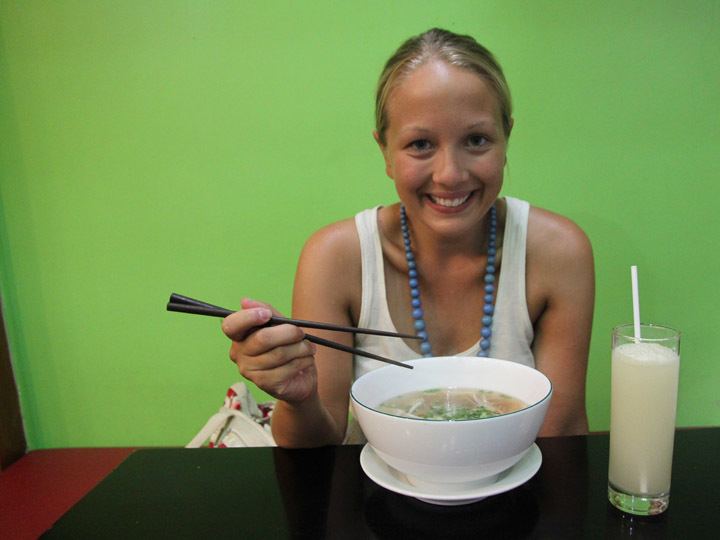 And this is pretty breaking news, people: In Vietnam I tried curry for the first time and liked it. Shocking, right? Turns out, Vietnamese Curry is fairly similar to the Massaman Curry I’ve been snubbing all these months in Thailand. So, Saigon and I got along pretty well when it came to meal times. 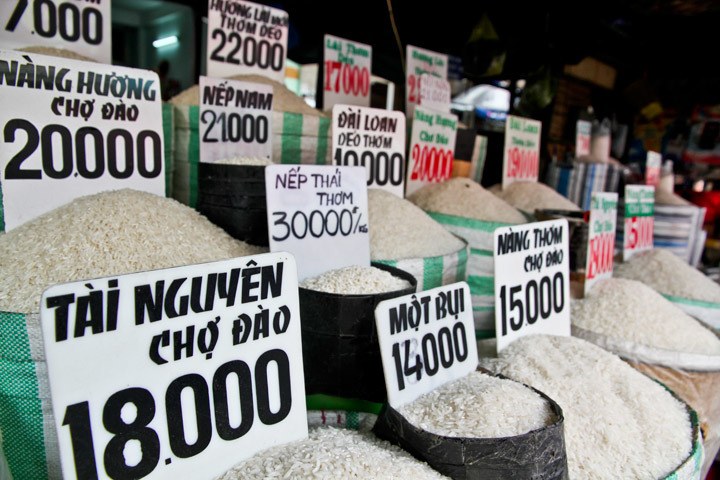 Saigon, followed by Nha Trang, is the nightlife capital of Vietnam. Bars and pubs are centered around the backpacker district of Pham Ngu Lao (which as I mentioned has a shocking lack of decent backpacker hostels or hotels) while big city nightclubs are scattered downtown. I think a great nightlife scene is a vital part of any city, and Saigon seems to be doing at least that right. 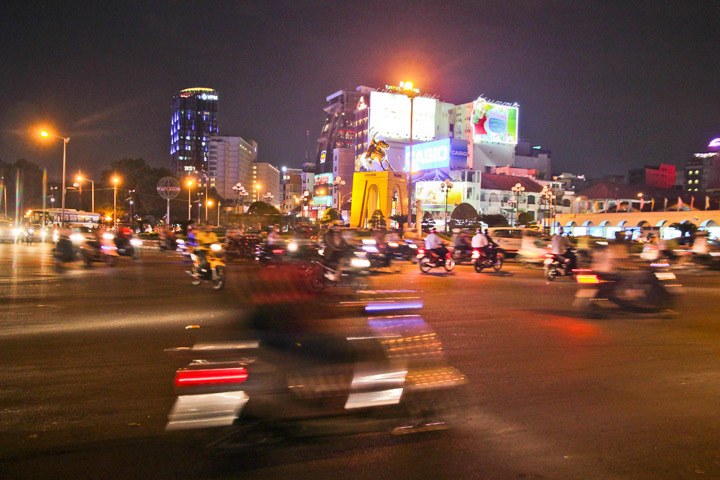 Have you been to Saigon? Do you think I’m crazy for not really feeling it? Go on, tell me how wrong I am!

Caged and Outraged: The Sad State of the Ho Chi Minh City Zoo

Shit I Make My Boyfriend Do War Tourism in Vietnam
46 Comments...