Shit I Make My Boyfriend Do

“So, what do you want for your birthday?” Mark innocently asked.
I grinned, and he immediately saw the glint in my eye.
A look of horror. “Not that! Please not that!” He whimpered. “Just go by yourself!”

But it was too late. 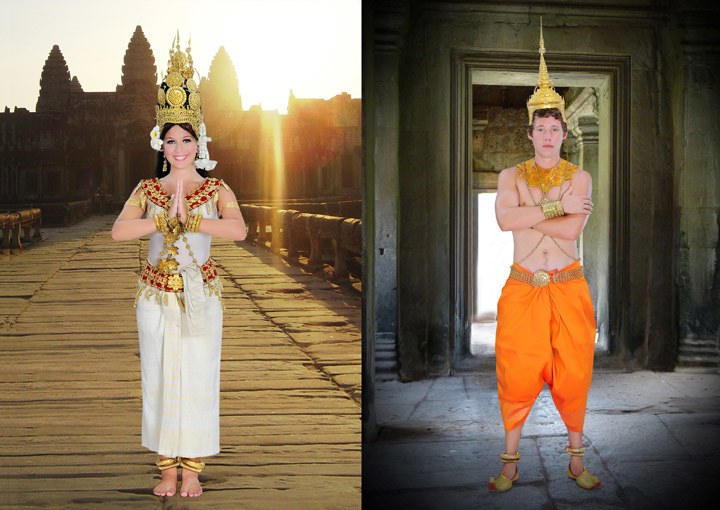 The idea of getting Khmer portraits done at one of the hundreds of studios in Phnom Penh was planted in my mind months before by an article I read on Travel Fish. I desperately tweeted the author, asking where I could do the same (answer: Monivong Boulevard). I too wanted to join the masses of young Cambodians paying to be primped, painted, swaddled, posed, photographed, and photoshopped. 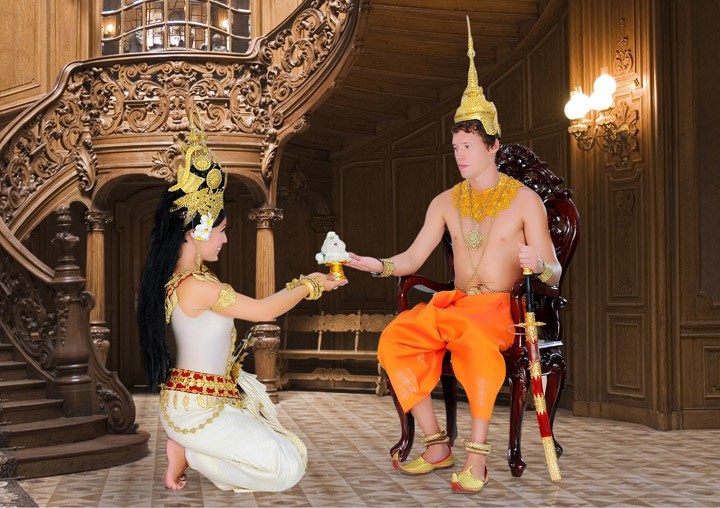 Maybe it’s a girl thing. Maybe it’s a halloween-enthusiasts thing. But there was nothing I wanted more than to get dressed up like a Apsara dancing Khmer princess. For reasons I can’t fathom, this falls very firmly in the domestic, rather than international, tourist scene. It’s kind of the Khmer version of Wal-Mart children’s studio portraits, or yearbook photos. And who doesn’t want some adult versions of those? 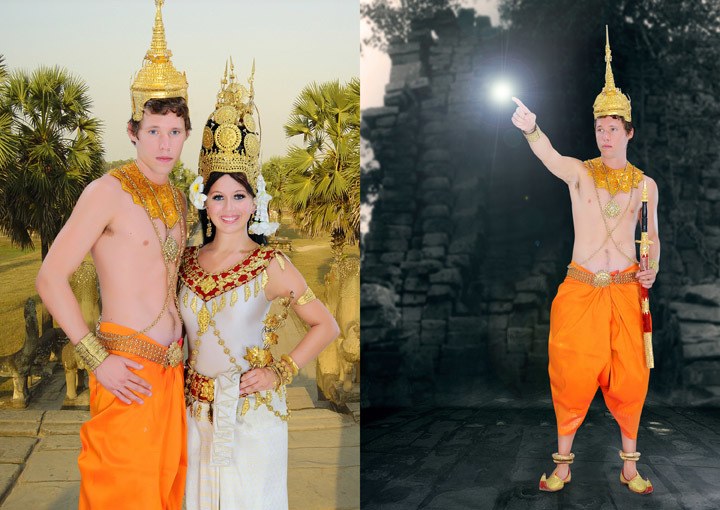 What’s up, backpackers? How could you not want this as your new Facebook profile picture? They even photoshopped me to make my skin silky smooth and my arms super skinny! 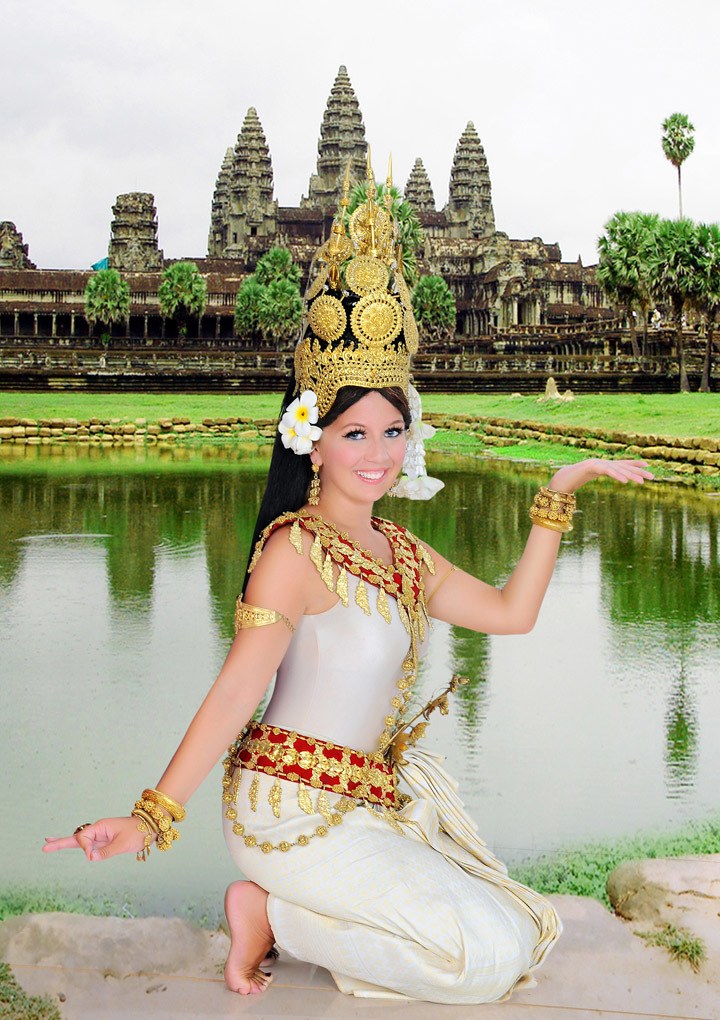 Unfortunately they did the same to Mark, who wasn’t a big fan of his pasty and thin digital makeover. But hey, this series isn’t called Shit My Boyfriend Did Willingly. (For Part I of this series, see how I made my boyfriend pay a day’s wages to go into an ice bar in Thailand). 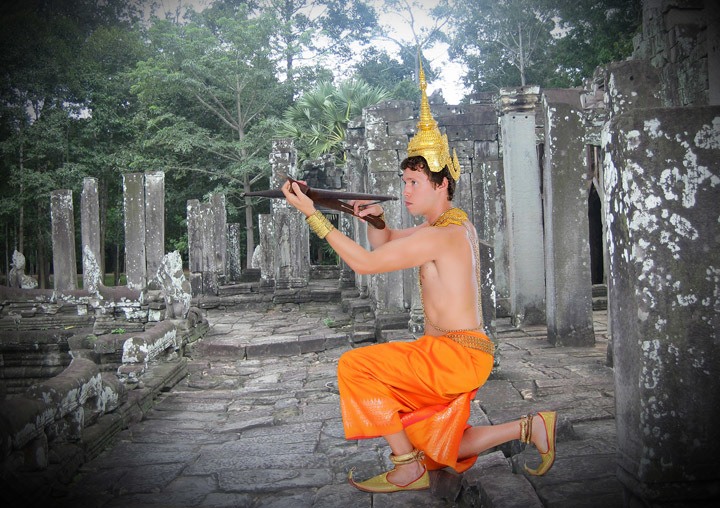 I for one put my total trust in the photographer, because after all, he was wearing a Mcdonald’s uniform top. I didn’t put quite as much faith into the makeup artist, who seemed intent on coloring in my actual eyeball with eyeliner pencil and putting eyeshadow down the sides of my nose to make it appear thinner on camera.

The whole experience was a great cultural lesson in Why I Would Make a Horrible Apsara Princess, starting with holy crap that headdress is heavy, and ending with my lack of ability to bend my fingers and toes sufficiently backwards, leading the entire staff of the studio to roll with laughter.

I think we can all pretty much agree that these are the greatest souvenirs one could ever purchase, and perhaps even Christmas Card material. 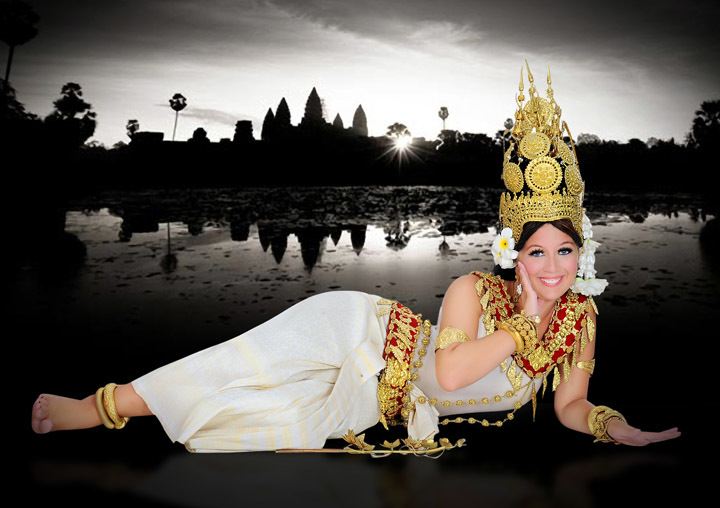 And with that, it was on to Vietnam. Because clearly, there was nothing left we could do in Cambodia that would top this.

Photo of the Week 28 Welcome To Vietnam: Saigon Nearly Broke Me
41 Comments...