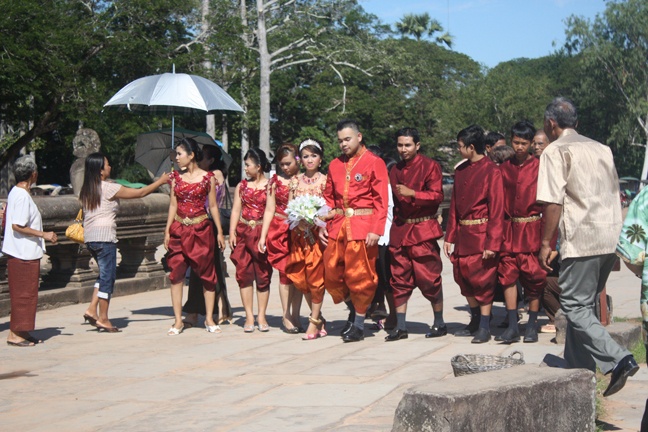 Overall: I was curious about visiting a country to recently coming out of such a brutal war but the residual effects I saw were small, money notes were very clean and new, as all the currency had been destroyed during the reign of the Khmer Rouge. Everyone had cell phones, as land lines had also been destroyed. My experience was nothing but positive and I feel grateful to have been in the right place at the right time and been able to experience a country at such an interesting time in its history. There is still a flavor of being in a third world country but we felt it was fading before our eyes.

Angkor Wat is a given; you should go see it, sooner rather than later. There’s not much to say that hasn’t been said before, it’s a wonder and no matter how jaded you are and how many churches and monuments you’ve been to I think you’ll be at least a teeny bit breathless at the thought of this city being built so many lifetimes ago.

Siem Reap is the city closest to Angkor Wat, and thus it is somewhat of a boom town. With peace in Cambodia and the demand to visit these ruins at an all time high, new hotels, restaurants and internet cafes are mushrooming up everywhere you look.

Otherwise, we were a bit too lazy to peel ourselves from the pool but if I ever return I plan to take in the Tonle Sap river and other attractions. 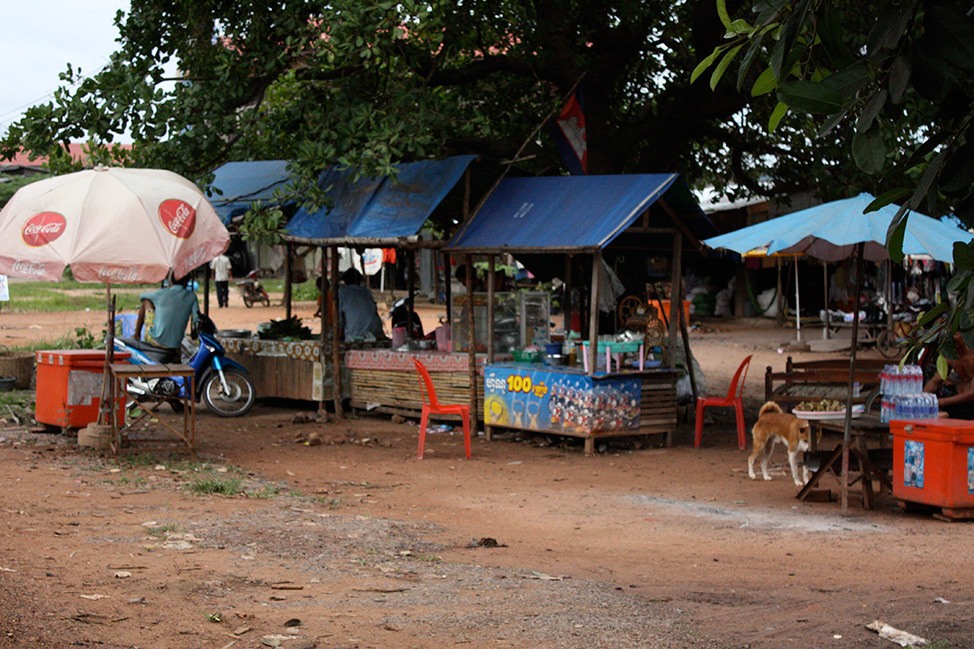 Phnom Penh was what I needed. Siem Reap itself was an unnatural clash of raw ancient ruins and a tourist town popped up to support the masses coming to see them. It didn’t feel real. But if in Siem Reap, tourists were the main event, in Phnom Penh, we were mere bystanders. Not unwelcome, not a cause for fussing, just another element in a living, breathing, vibrant city.

Kep was the sleepiest town I’ve ever seen and one of my favorite parts of the trip. I was a bit jaded coming off Thailand’s beaches and while these can’t compare I think its worthwhile to see Cambodia’s coastline.

Getting around: Its roughly five hours between Siem Reap and Phnom Penh and Phnom Penh and Kep. We took busses for both routes. Just be aware these are not the busses of North America or even Thailand, there are no bathrooms, cracked windshields, relentless Khmer pop music videos and an even more relentless horn honking driver. Bring noise cancelling headphones, an empty bladder and a sense of humor.

Food: I’m probably one of the world’s most unqualified people to rate a country’s food, as I think getting cheese pizza with little green things sprinkled on it is adventurous. With that said I did not find much of the Cambodian food to be very appealing, though my Dad raved about the fresh crab in Kep. I mostly stuck to Thai and Western food.

People: Every Khmer person we encountered was courteous and kind to a fault, slightly reserved (though that could be the language barrier) and smiling. Cambodians are often described as resilient, and its easy to see why. But prepare yourself for the kids.

One of the first things you will notice is the little people acting like adults. They are used to shill water, postcards, scarves and other trinkets and are posted at any spot that may attract tourists. They are adorable and cute but our reaction soon turned to depression and sadness at their situation — and then again to annoyance when we were asked for the 27th time in a hour “You want cold water one dolla!?” In town, a boy whacked me with one of his crutches when I did not respond to his request for reil.

But you will mostly encounter the “temple kids.” They are very eager to engage in conversation, most will ask where you are from and when we said New York, they said “Albany!” One girl also told us there were 300 million people in the US and that Washington DC was the capital. She told us she went to school in the morning and could speak seven languages and then proceeded to count to ten in all seven for us. At Angkor Wat one little boy asked if if we knew his father. And who would that be? Barack Obama. While it is quite depressing that these children on the other side of planet earth likely know more about America’s geography than most students from Arkansas, its even more saddening when you realize that they are taught these facts in school for the purpose of assisting them in sales at the ruins.

My humble advice is be kind, have conversations, smile freely but follow the advice of the involved organizations in the area and try not to buy from kids so hopefully eventually the facts learned in school will be used for a nobler cause then selling postcard packs to tourists.

Good to know: Don’t take reil out of the country; it can’t be exchanged. (It really seems to irk the Europeans and Australians to have to convert their currency to dollars, which gave us a chuckle.) Do some sort of reading about the country’s history, it will make everything so much more real. Don’t come expecting a cushy trip, and I say that despite obviously having a higher budget than I did in other countries. Go. 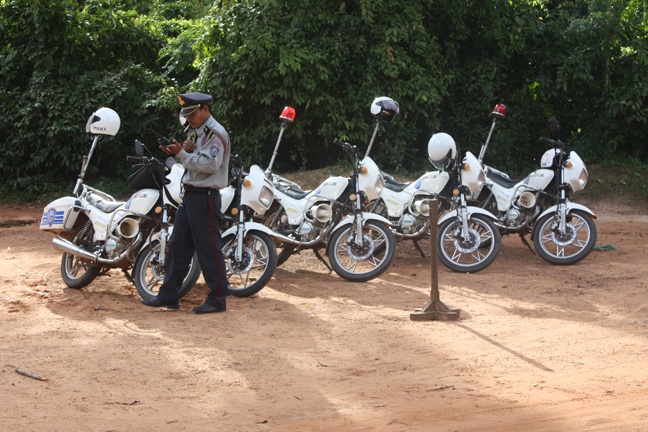 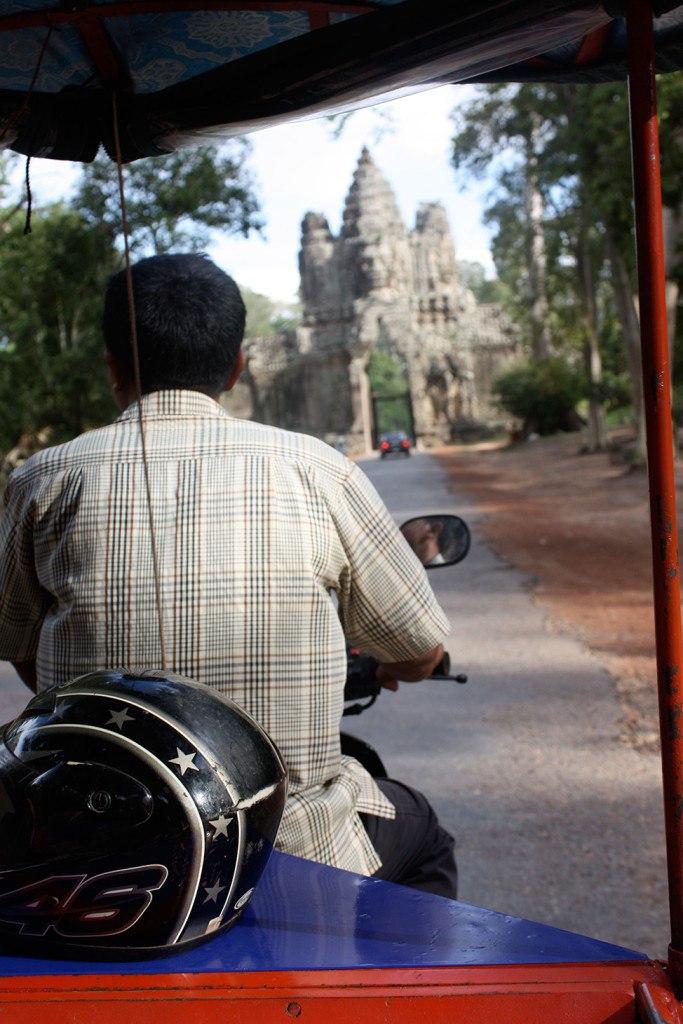