In a country with one of the biggest sightseeing draws of them all, Angkor Wat, some of my favorite moments involved seeing not much at all. 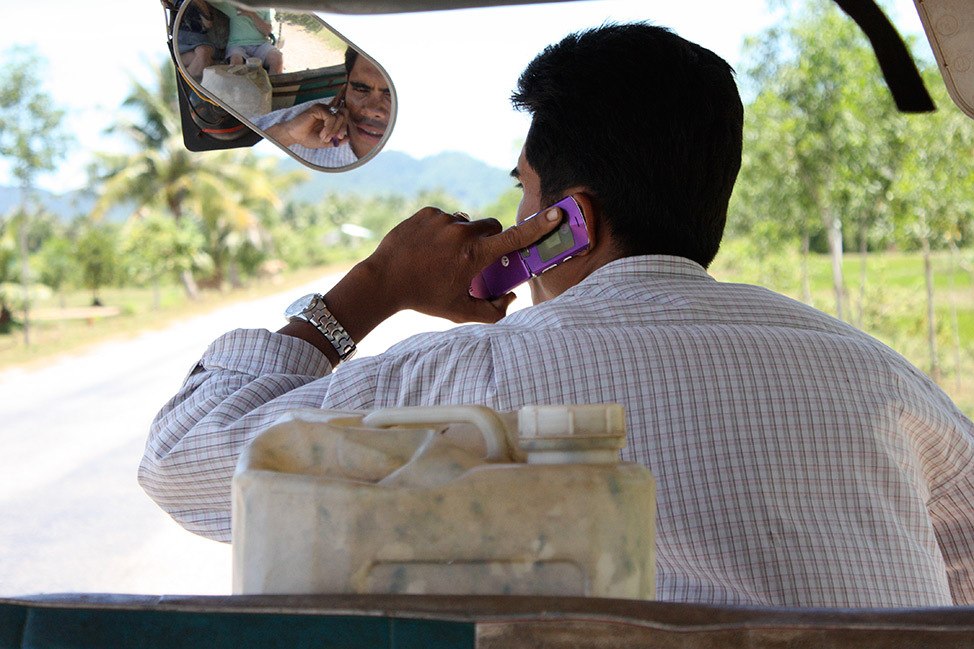 On our final day in Kep we hired a tuk tuk driver to take us to a pepper plantation and then to a mysterious white sand “secret” beach. So secret it wasn’t on a map or in any guidebook other than a local tourism leaflet, but we’re always up for adventure. 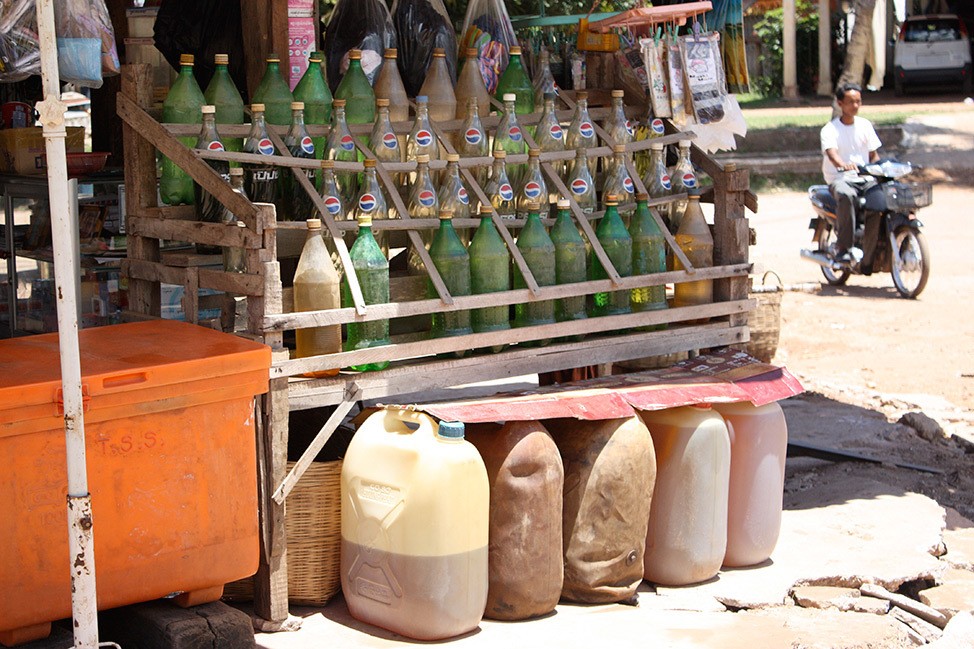 The pepper plantations are the area’s claim to fame, and supposedly there was a time when no fine restaurant in France would be without the famed Kampot pepper. Today it’s sold in gift shops all over the country, though we paid a fraction of the price by going straight to the source and buying in bulk (guess what’s going in your Christmas stocking, family and friends!). It was a lazy and mildly interesting stop where we wandered around the plants and walked into the owners hut to make the sale, while chickens and puppies ran around our feet. Our driver then told us through beginners English and sign language that only a few years ago, the mountains we were standing below hid ex-Khmer Rouge members. We asked if the people were scared, and if it had been dangerous, and he just shrugged, either not understanding or simply finished with the conversation. 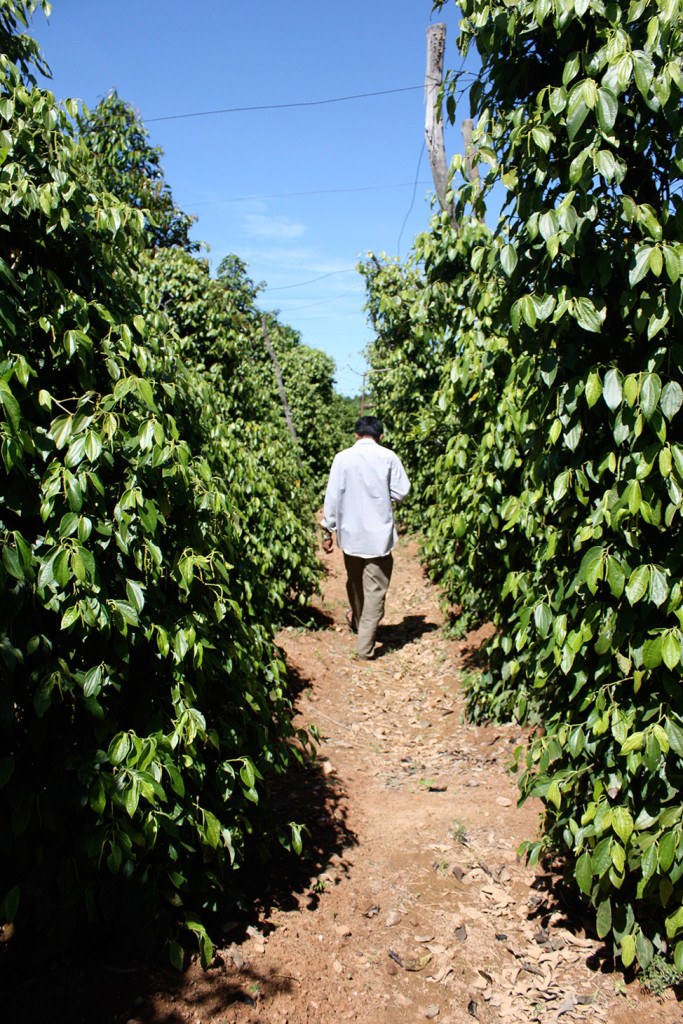 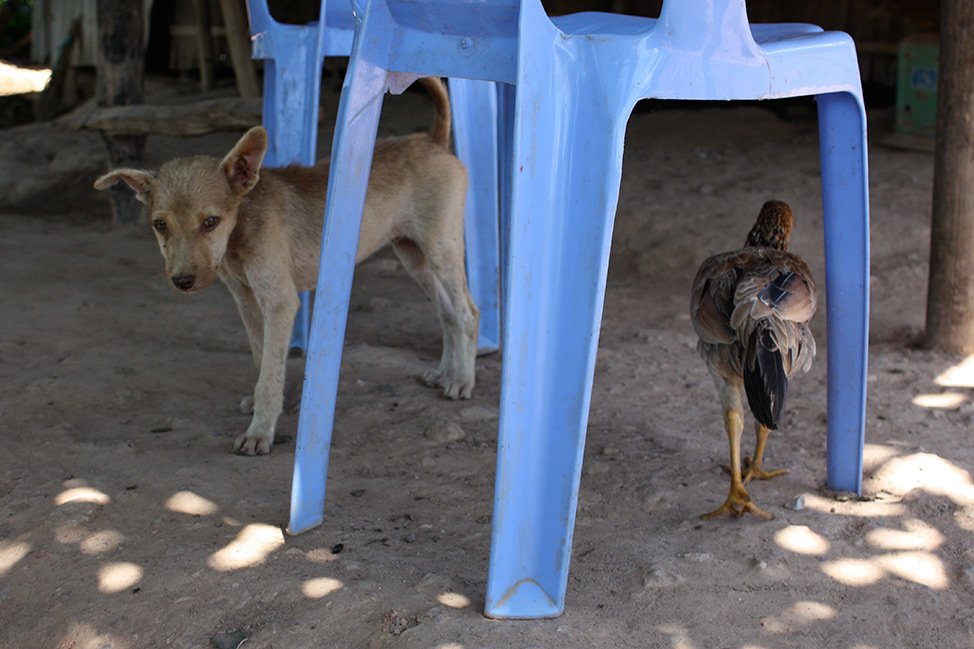 And then we were off to the secret beach. As we got further and further away from the small bit of modern influences in Kep, the world went back in time. The occasional motorbike gave way to bicycles and ox carts. Food stalls and cell phone stands gave way to rice paddies and more rice paddies. 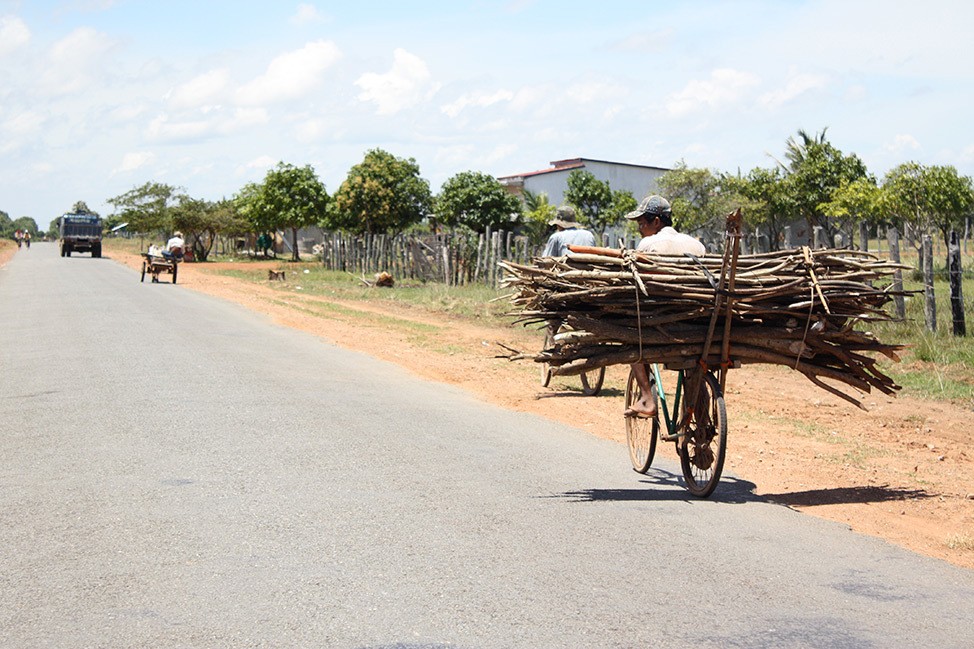 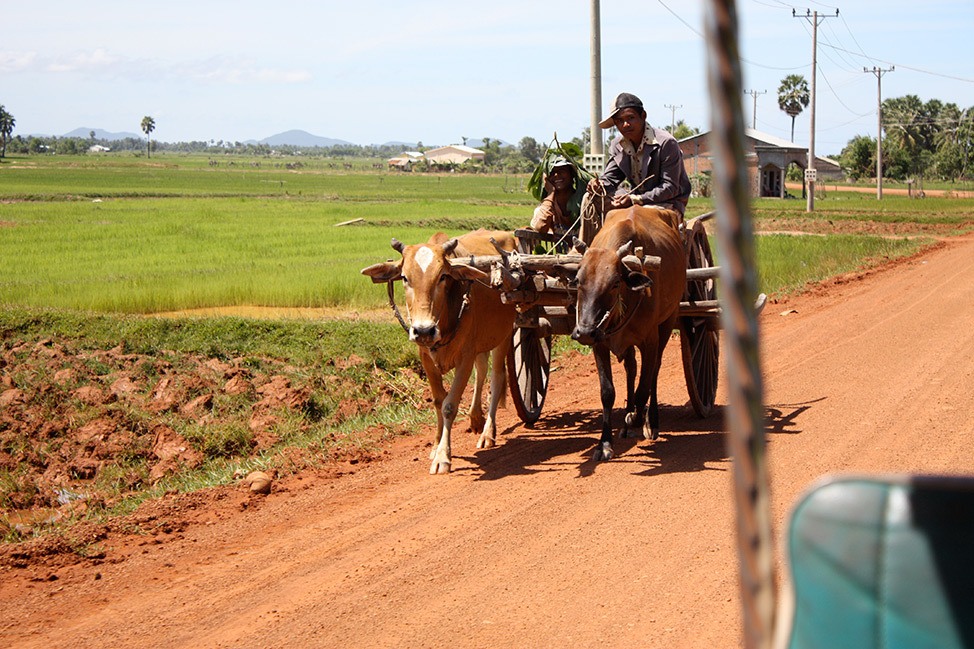 Every residence we passed, children ran out front, squealing, “Hello, goodbye!,” looking pleased with their mastery of English greetings and their spotting of a blonde haired foreigner. While we were clearly witnessing what any world organization would deem poverty, everyone looked content as they went about their daily routine. 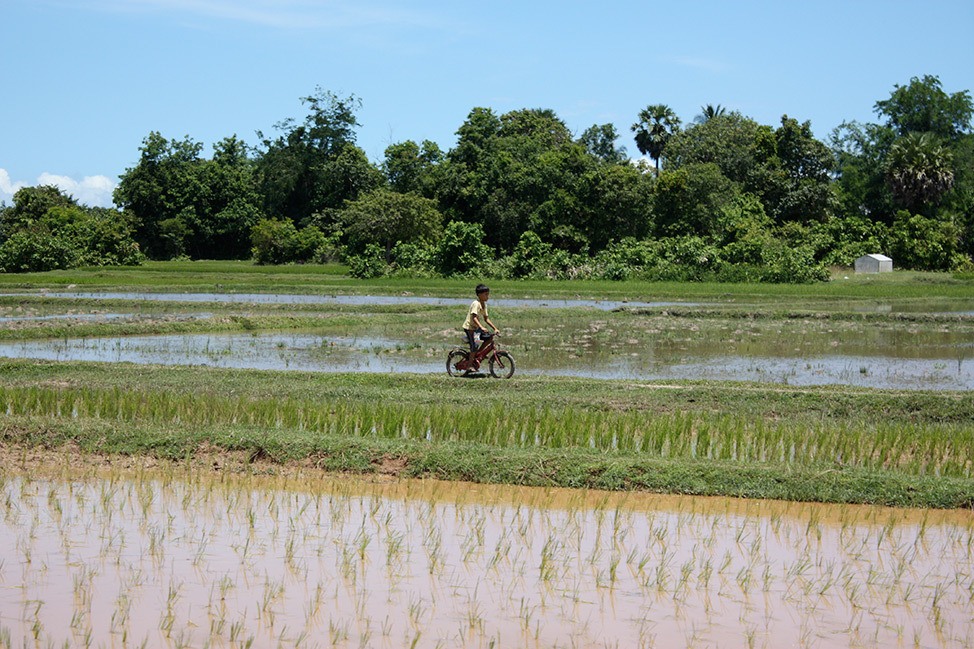 When we did arrive at the beach, we had a kind of funny “are we in the right location?” kind of moment as we stepped through a few peoples garbage strewn properties to find a seaweed covered beach. “Not so good this time” our driver concluded, picking up some seaweed in case we were unclear as to why. We decided to have a little walk up the beach to give our behinds a rest from bumpy unpaved roads. As we walked we saw in the distance a heard of goats approaching. As they got closer we saw they were attended by two young boys, armed with empty 2 liter soda bottles, I suppose in case one of the goats got out of line. The younger boy was very shy and at first ran and hid behind a tree though they eventually warmed up to us and without a word of shared language I was able to take pictures of both of them and show them their image, and judging from their reactions it may have been the first time. They were a million miles from the children we met in Angkor. So while we didn’t get any swimming or sunning in, the secret beach and the glimpse into a slower way of life was one of the greatest moments of my travels thus far. 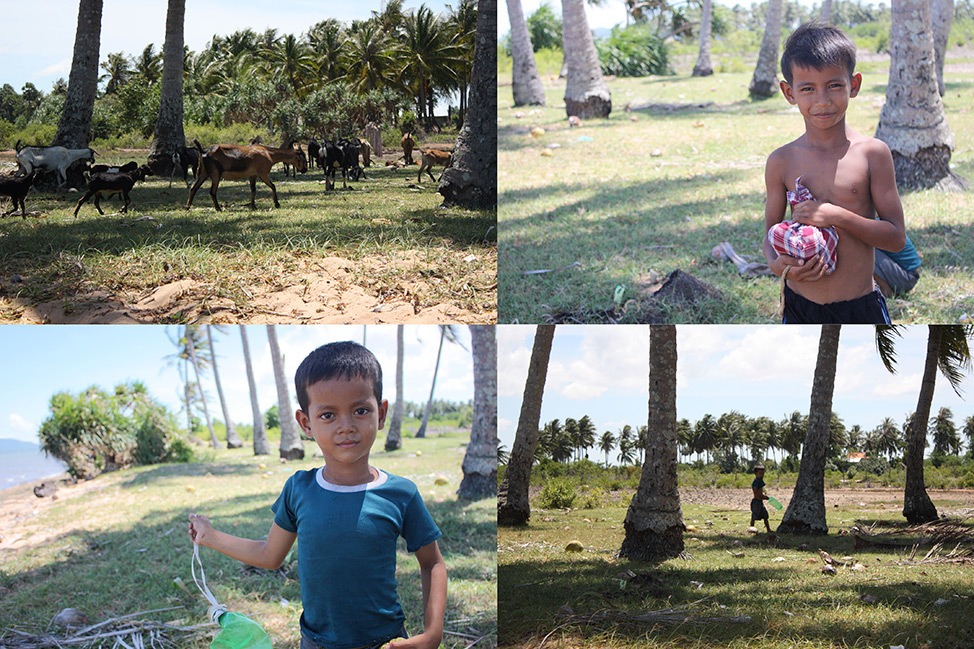 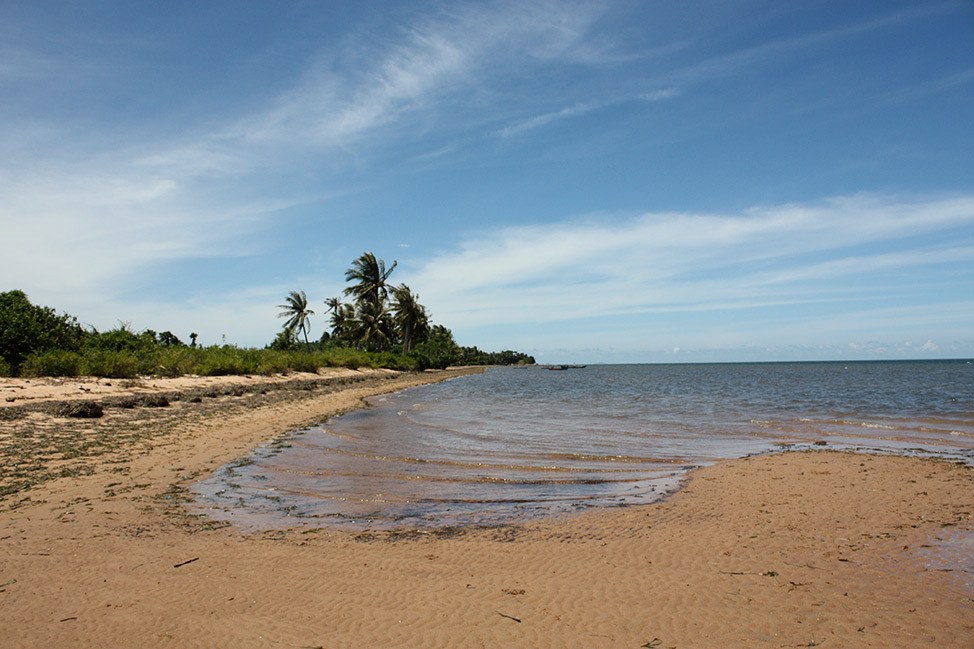 Later that night, considering it was the last of our vacation, we treated ourselves to a little something more upscale. 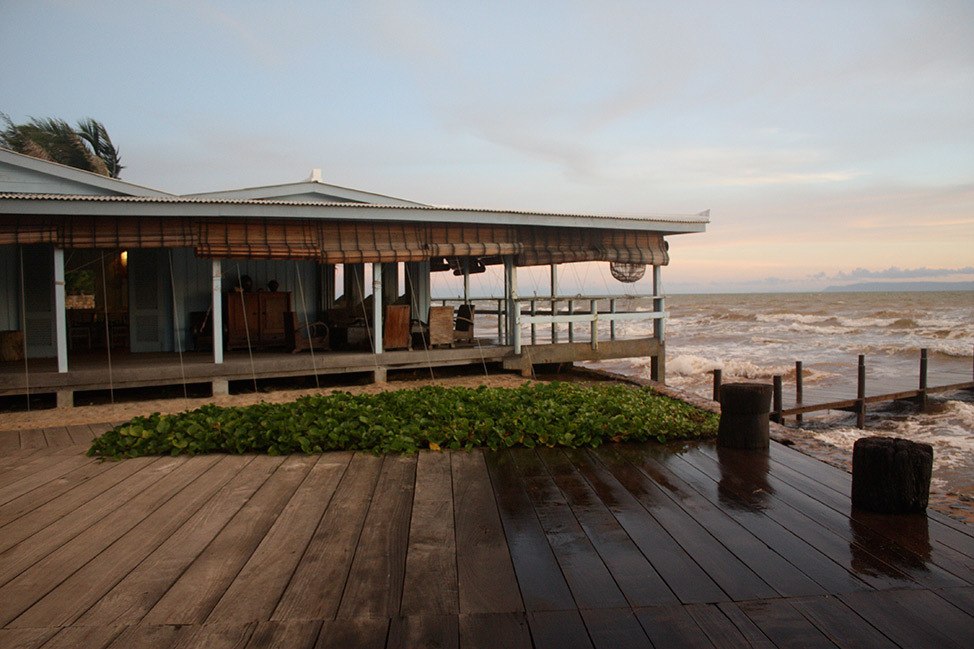 Our final night in Kep, we treated ourselves to dinner at the Sailing Club, the restaurant at Knai Bang Chatt, a bizarrely placed luxury hotel on Conde Nast Traveler’s Hot List, in the middle of sleepy Kep, where rooms start at over $1,000 a night. The restaurant is set right on the water and wouldn’t be out of place in Martha’s Vineyard, our favorite island off the coast of Cape Cod. While the hotel seems ridiculously overpriced and not as fun as the many treehouse-style accommodations on offer (like where we stayed!) I definitely recommend the restaurant as the food and drinks are wonderful and you can’t beat the sunset view. 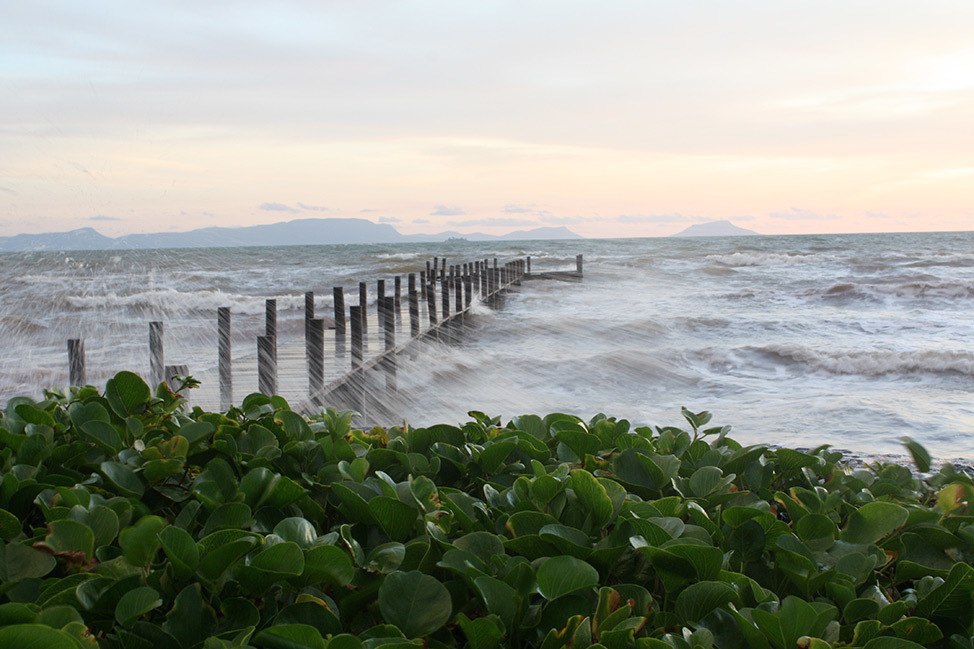 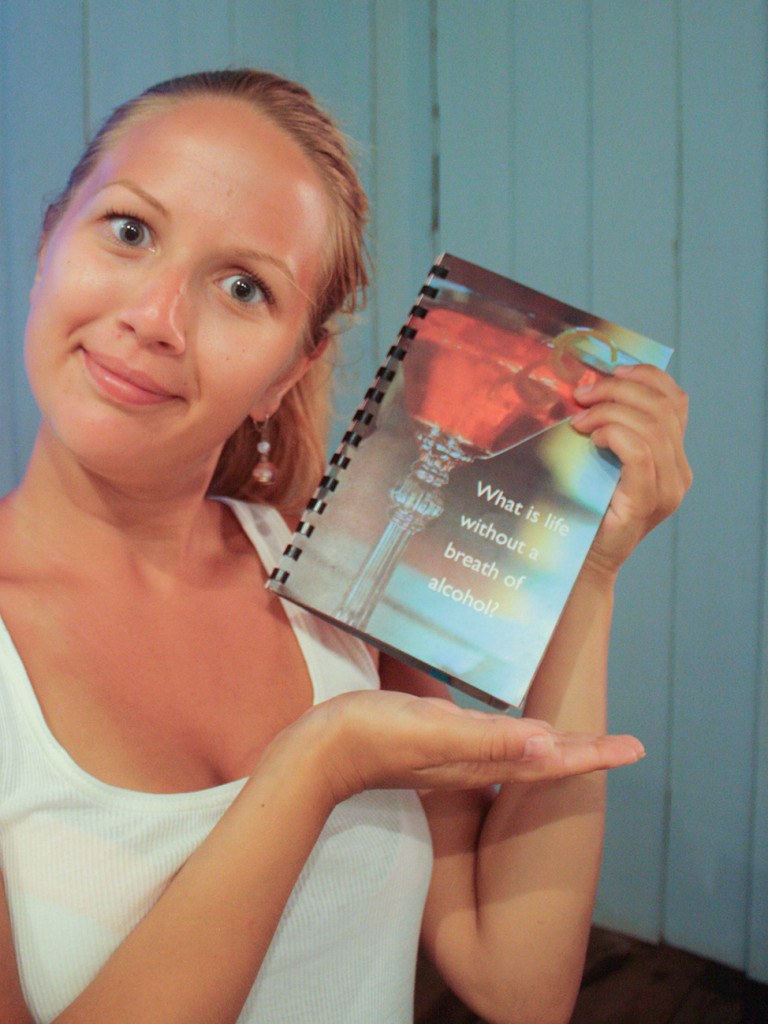 All in all I couldn’t be happier we visited Kep. It’s still somewhat off the radar, and definitely is if you venture beyond the small town itself. While a part of me would like the place to stay pristine and untouched by western tourism, it would be a hard secret to keep and with the way tourism is currently exploding in Cambodia we might be one of the last waves of travelers who got to see this part of the coast in its current state. As someone who often laments the end of the explorative “Golden Age of Travel” (whiny and pessimistic post about this coming soon), it was a comfort to know there are still places that exist in the world where a blonde haired westerner is a novelty, at least for now. Go while it still is! 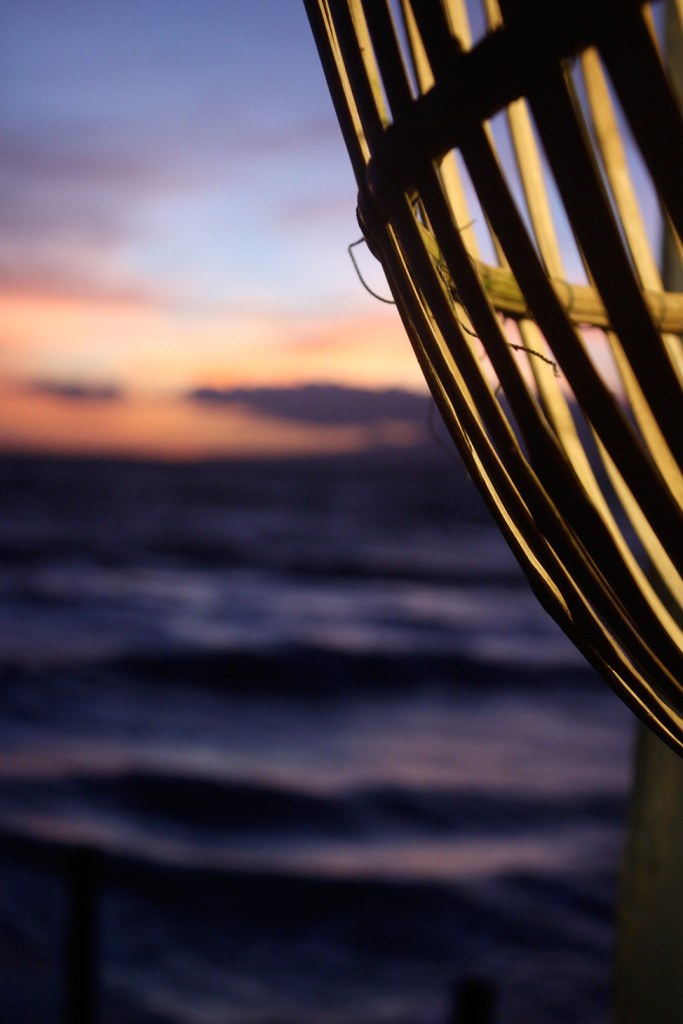 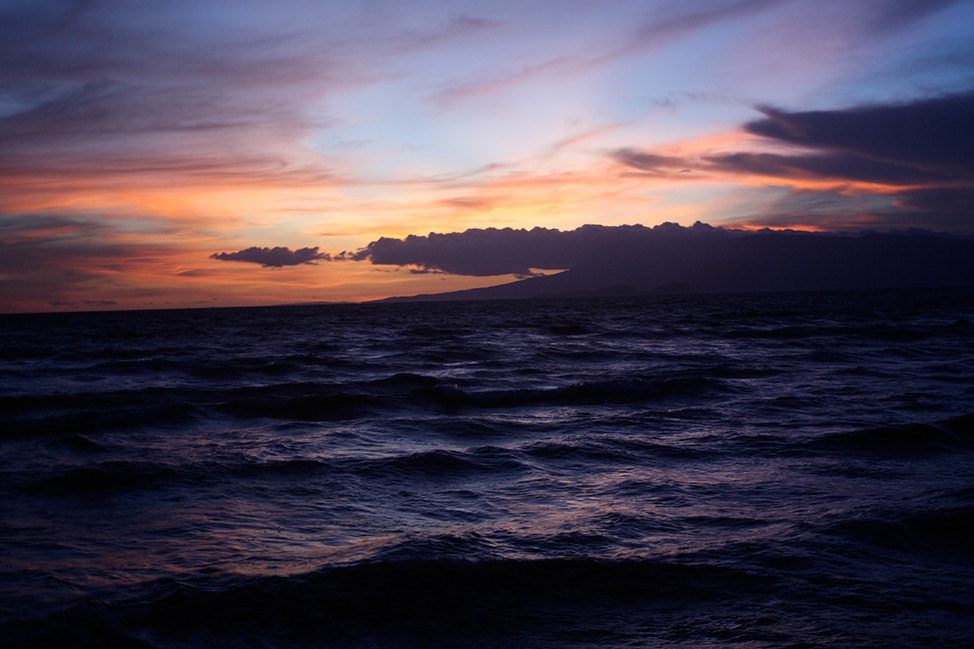 Thanks for having us, Kep.

Travels With Dad: Back to the Beach in Kep and Koh Tonsay Cambodia Roundup
2 Comments...