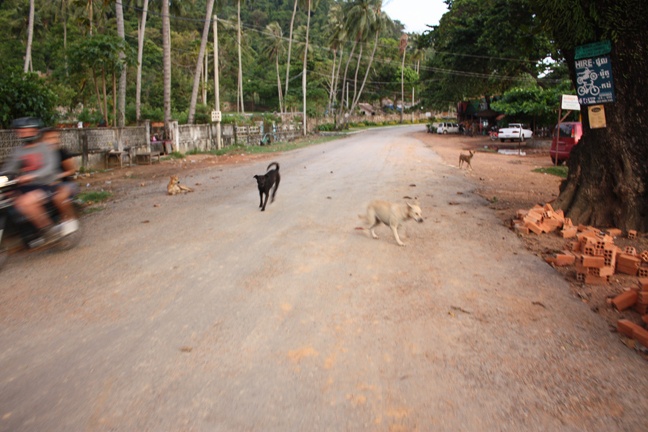 When planning our two weeks in Cambodia, I knew it was only fair to my Dad to get some beach in there. While spoiled me had spent the past three weeks on a tropical island, my father was flying in from landlocked Albany, New York and was dying for some quality sand time. My research indicated few options for beach bumming in Southern Cambodia, the main ones being Sihanoukville, Kampot and Kep.

Turned out Kampot had no beach and Sihanoukville, while I had heard great things about it, was a bit of a party town. So I settled on sleepy Kep, described by my travel bible Travelfish as “former playground of the French and Cambodian elite.” Emphasis on the former. However, part of the charm is the dilapidated and crumbling mansions and the ghost town feel. Kep gave me glimpse of life untouched by western culture- one of the most “authentic” experiences of my entire trip. 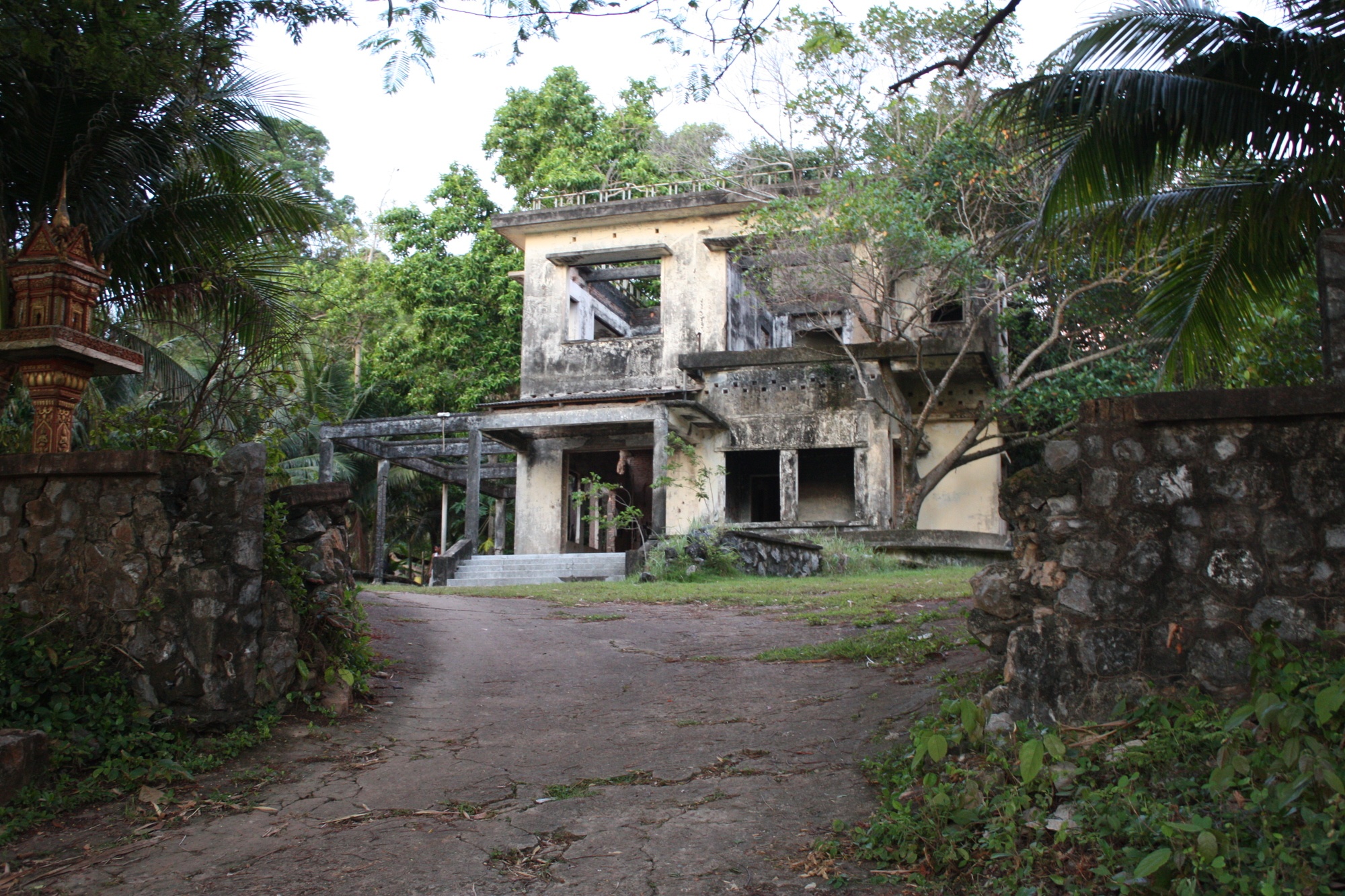 One of Kep’s crumbling mansions 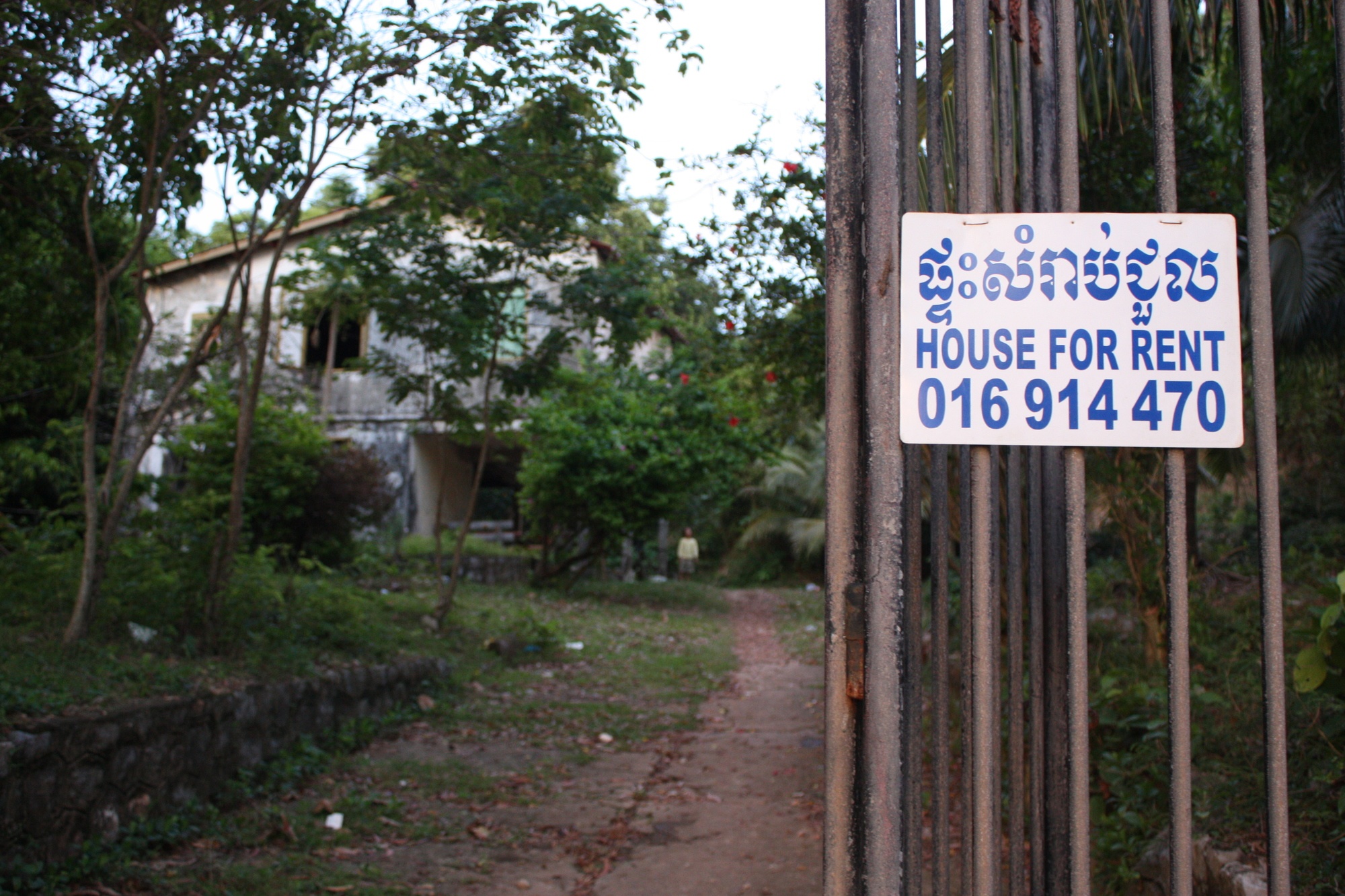 While there isn’t much to do in Kep, it’s a pleasant and walkable town. The only beach in Kep itself is a narrow strip of brown sand far from the postcard perfect beaches on the other side of the Gulf of Thailand. It’s main landmark is a large mermaid statue appearantly constructing in honor of the Cambodian fishmerman’s wives left behind waiting. While guidebooks claim the beach is unappealing for swimming, the Cambodians who frequent the place must disagree. As one of only a handful of westerners, we couldn’t resist jumping in either and I think it was pretty pleasant. The Cambodians are very modest in dress and even swim in oversized tshirts and pants and I felt slightly uncomfortable in a bikini. Note to self: Next time, pack wetsuit. 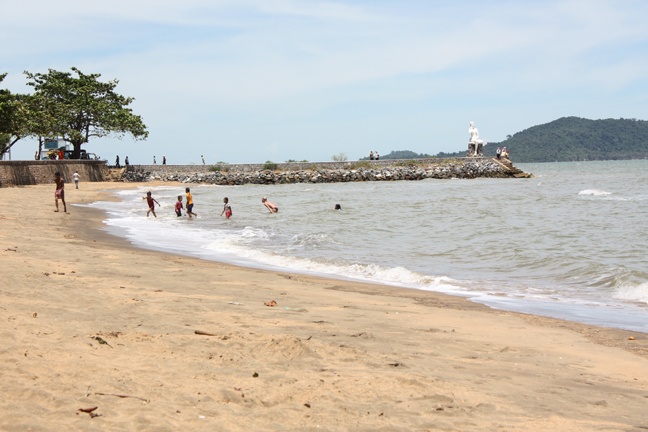 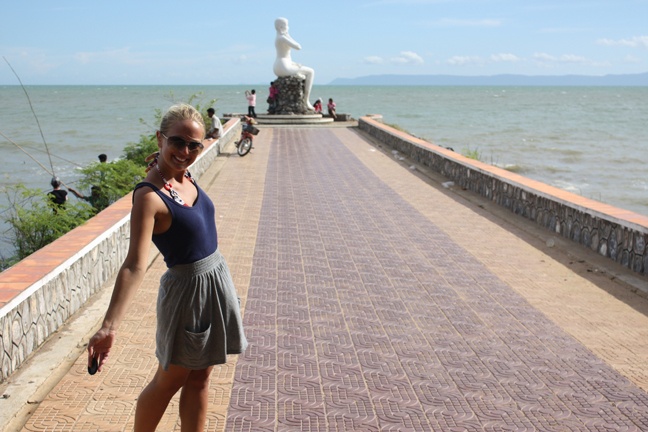 Luckily I didn’t drag my Dad all the way to the coast for just a lackluster beach. Just a short boat ride off the coast lies the island of Koh Tonsay, a seriously underdeveloped and rustic island with clear water and calm surf. Its possible to stay the night for in a beachfront villa for the bargain price of $5, but the lack of electricity kept this in the day trip category for those of us who just cant get over the luxury of flush toilets and bedside lamps. 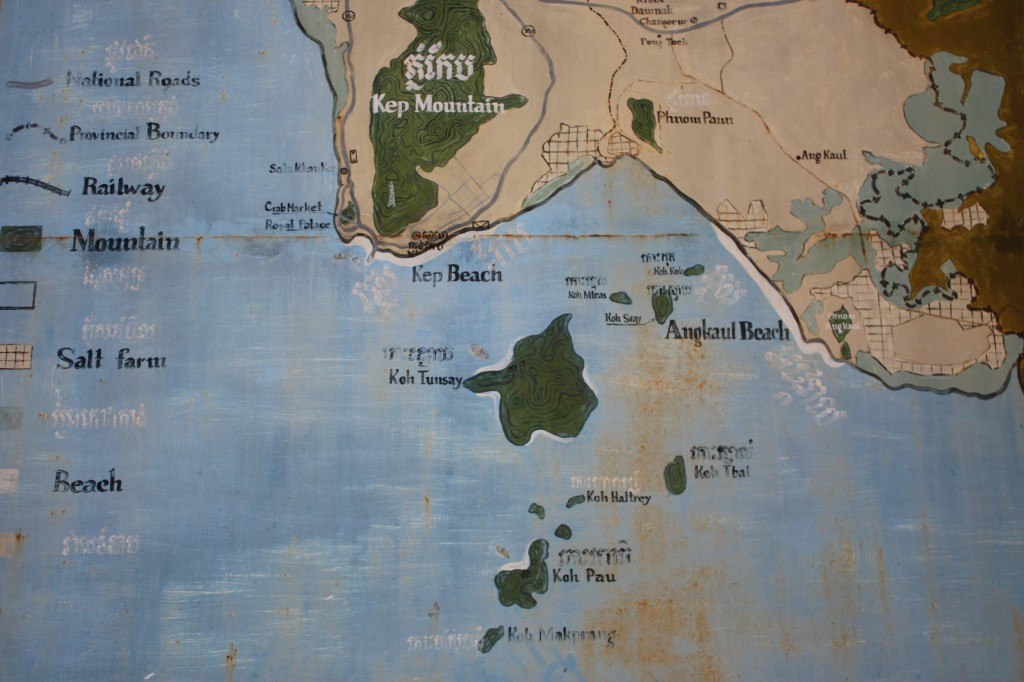 Labeled as “Ko Tunsay” on map 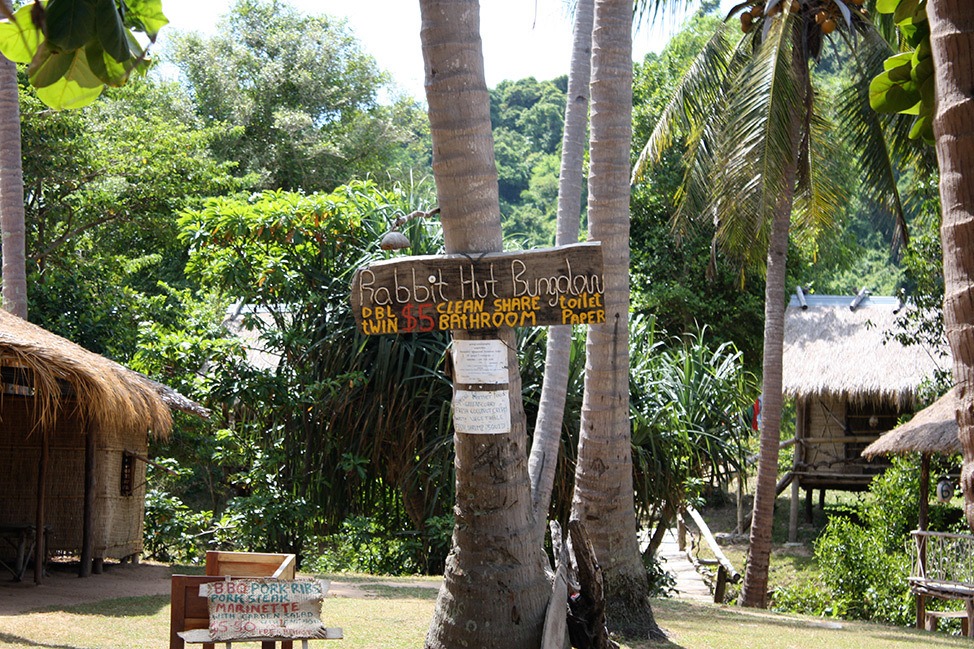 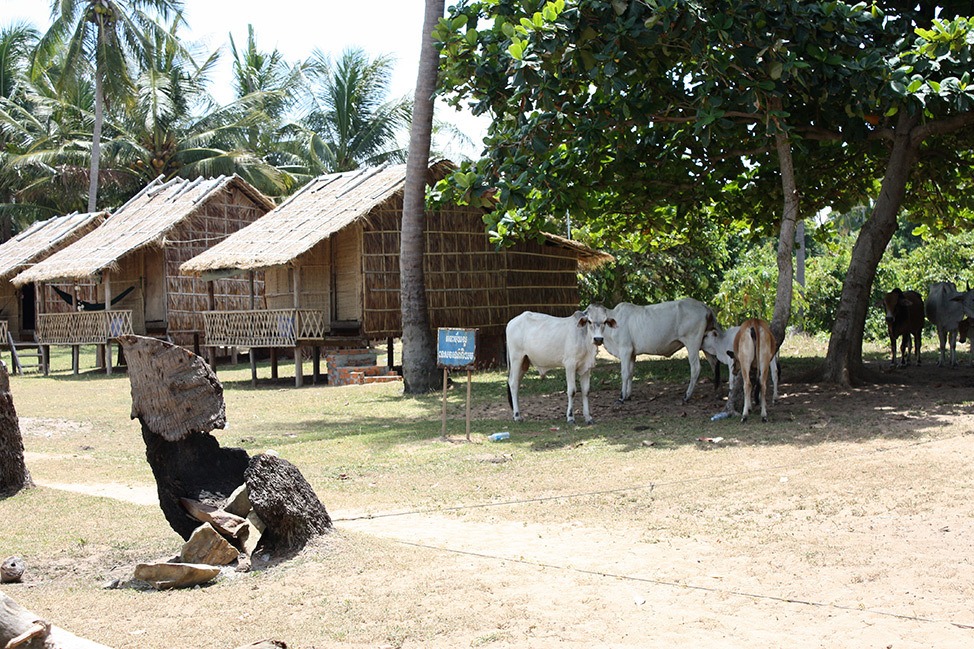 I had read that its possible to hike around the island in about three hours, so we thought we’d feel it out before getting too settled on the beach. The undefined trail had us feeling like we were in an episode of Lost, and when the trail turned into what appeared to be the front yard of one of the seven families on the island, protected by a very menacing guard pig, we were waved through by the smiling residents. This must be a daily occurrence for these people, but they didn’t seem affected in the least. Once again it seems the idea of personal property and privacy, of the differentiation between private and public space, is not a top priority for Cambodians. 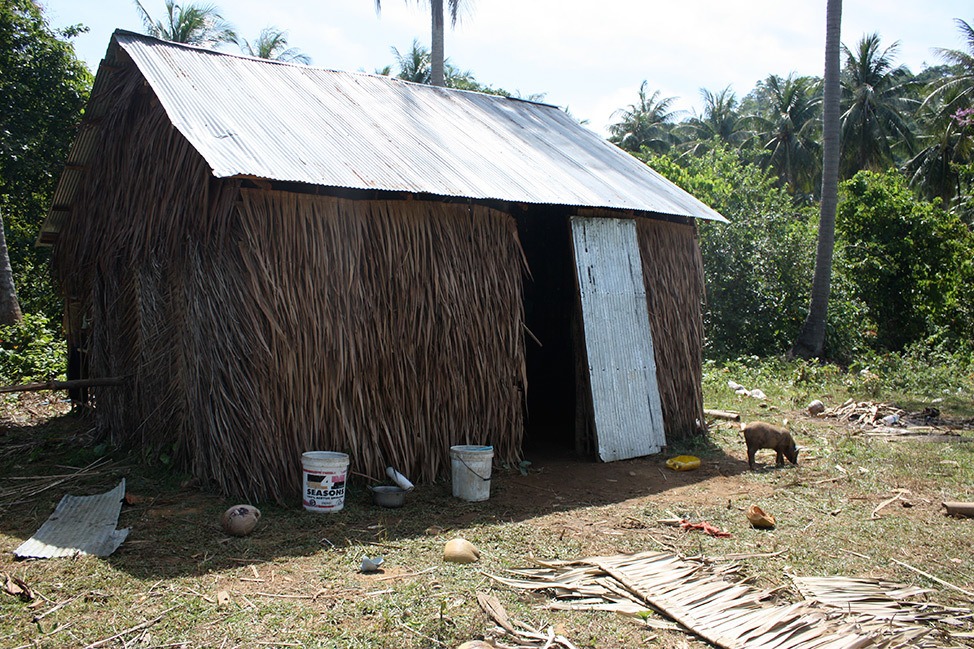 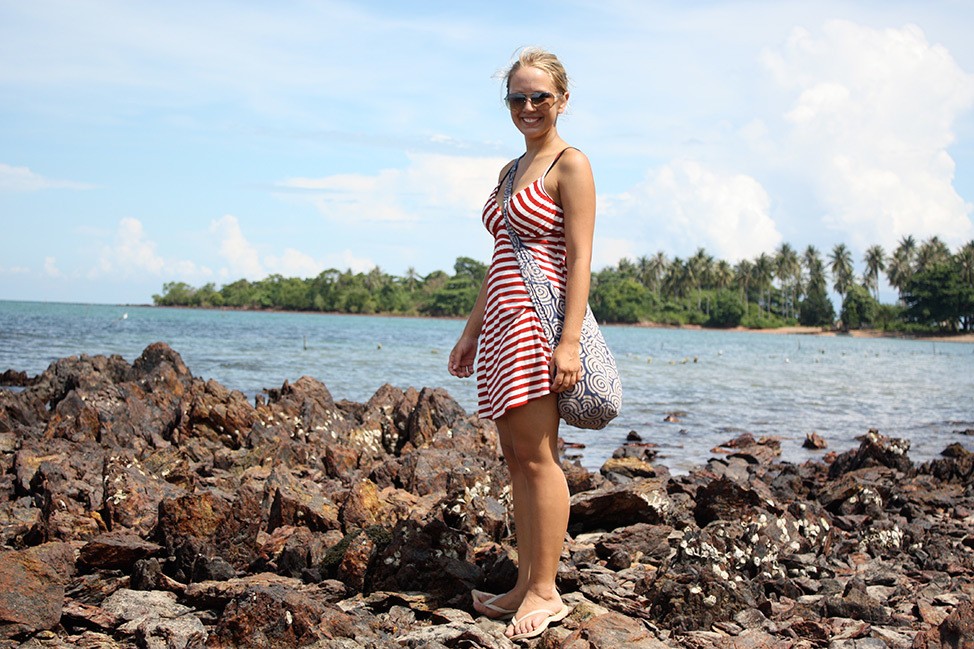 Where the walk brought us…

When we finally turned around and retreated, we spent the rest of the day reading in the hammock (me), eating fresh crab from the sea (Dad) and enjoying the sun and the beach (both), interrupted only by the occasional beach cow. Just a typical day on a Cambodian beach. 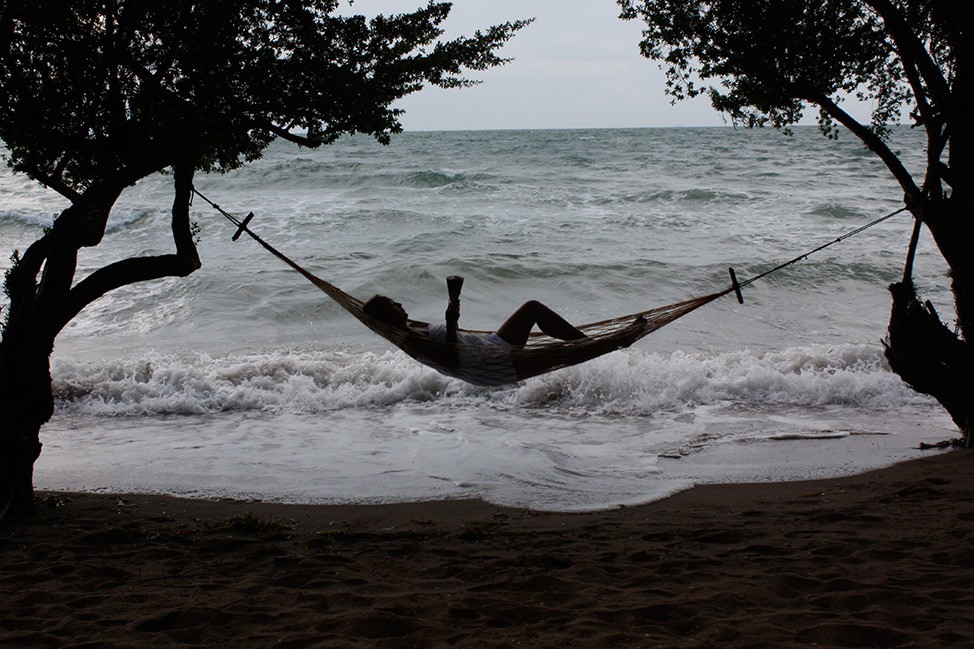 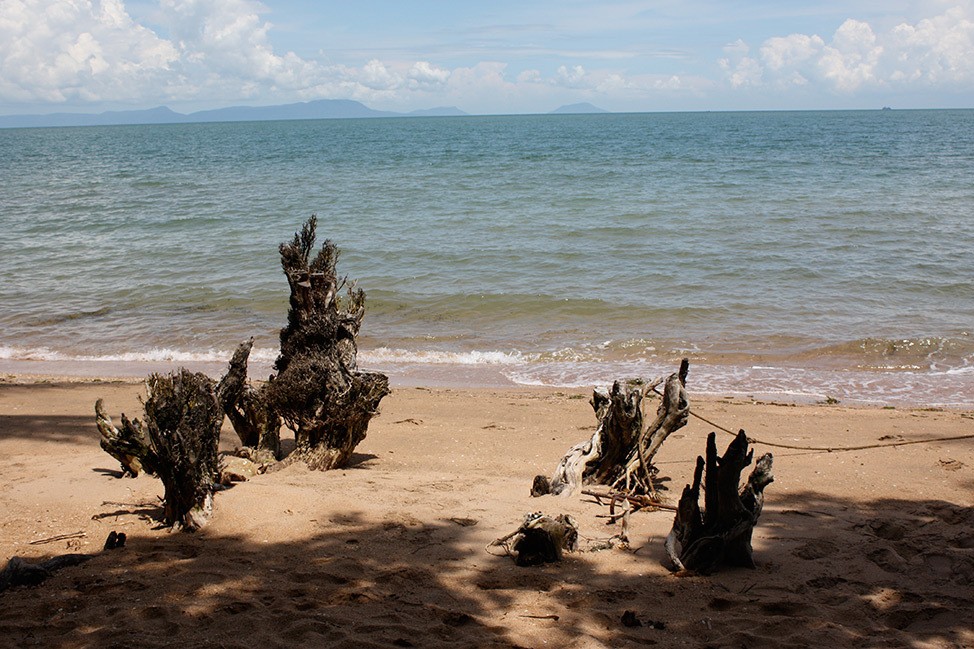