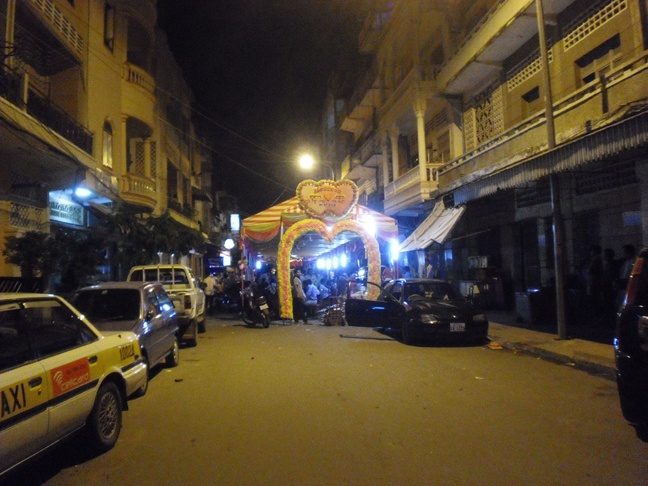 In Siem Reap, the only part of Cambodia that many visitors see, it is easier to forget the country’s brutal recent history. Despite the poverty you see, you are also surrounded by one of the greatest manmade wonders of the world and the pride of the people, Angkor Wat. In Siem Reap lies a different kind of monument, the S 21 Genocide Museum.  As usual I’ll defer to the brilliant Travelfish to explain this haunting place:

S-21 or Tuol Sleng was the Khmer Rouge’s primary interrogation and extermination centre, designed to purge anti-Khmer Rouge elements from the new society Pol Pot and his henchmen were hellbent on creating. Before the 1975-79 regime, the building was a school. All of the classrooms were converted either to tiny prison cells or interrogation rooms, while the upper balconies were covered in barbed wire so that prisoners could not kill themselves by throwing themselves off.

Like the Nazis before them, the Khmer Rouge were meticulous in their record keeping, taking photos of every new arrival and painstakingly retaining detailed confessions made by prisoners. Many of these haunting photos are displayed in the museum.

Up to 16,000 people were interred, tortured and eventually executed here or at the nearby killing fields. Victims included Khmers, Vietnamese, Laotians, Thais, Indians, Brits, Pakistanis, Americans, Canadians, New Zealanders and Australians. The vast majority of course were Khmer, and many were former Khmer Rouge themselves, victims of the regime’s systematic and paranoid internal purges. In most cases the torturers were children aged 10 to 15.

We walked around for a while, reading the displays, looking at photos, and trying to absorb the horror of what had happened in these very rooms and reconcile it with the smiling resilient Cambodians we had met. We sat in a hot, sticky room to watch a film about people’s experiences with the Khmer Rouge. After that we had all we could take and left. 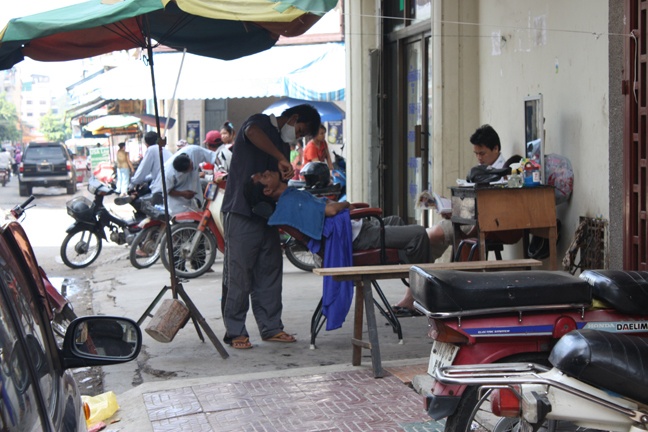 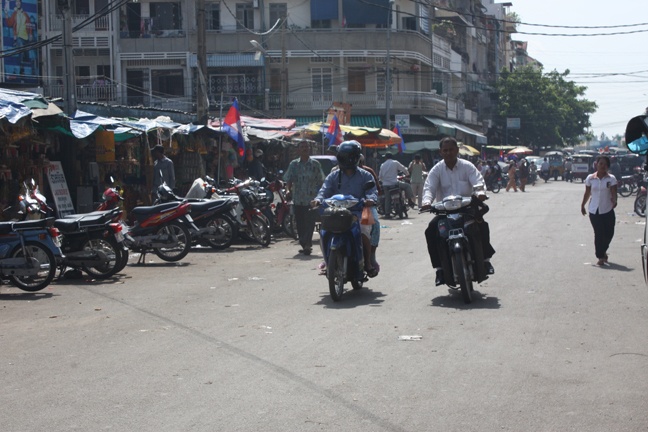 I know myself well enough at this point in my life to know that this was going to be a trying visit, as I tend to be a depressed fatalist when I let it get the best of me. Most people, after leaving S-21, head out to the Killing Fields, a memorial for the people slaughtered there. We talked about it before hand and decided what we would get out of it wouldn’t be worth how much it would upset us. So we planned ahead and after leaving PS 21 headed to Psar Tuol Tom Pong the Russian Market, named for the masses of Russians who shopped here in the 1980’s.

A good reminder that not every “must-do” is for everyone, and we still felt that we paid our respects and made an effort to understand the unthinkable. So we went on to retail therapize ourselves by buying up souvenirs, pirated dvds and a knockoff northface backpack for my little sister. I was delighted to find a copy of the movie The Life Aquatic after searching through several stands, excited to show it to watch it again as a diver. And then we headed to the hotel and got ready for an early morning departure to Kep.