We arrived in Phnom Penh after a murderous 5 hour bus ride that helped me appreciate, among other things, the endurance of my bladder and the importance of noise cancelling headphones. Between the nonstop honking and the en route “entertainment,” I nearly jumped through the cracked windshield and hitched a ride on a motorcycle, the only other vehicles on the road. Its hard to explain with words but believe me, water boarding may become obsolete when the true intelligence gathering potential of Khmer pop videos is discovered by the CIA.

A quick tuk tuk ride to our hotel and all was forgotten. I was super excited for Blue Lime hotel and it did not disappoint. After an afternoon of settling in and lazing by the pool we spent the evening walking around the riverfront, having dinner, and enjoying the buzz that comes along with a developing nation’s capital city. Our first full day was packed with so many sights I had to check the date stamps on my photos to be sure we actually did so much in one day. We started out with Lonely Planet’s recommended walking tour of the city, much to the chagrin of the unrelenting tuk tuk drivers who were hoping we would make it a riding tour of the city. We started out at Wat Phnom, a somewhat unattractive cement structure redeemed by the lively microcosm of activity going on around it. Elephant rides were offered, manicures were given on park benches, men played makeshift games of hackeysack under shaded pagodas, believers made offerings at an alter, land mine victims asked for offerings of change, and women sold bags of chips out of a hat on their heads. It was perfect. 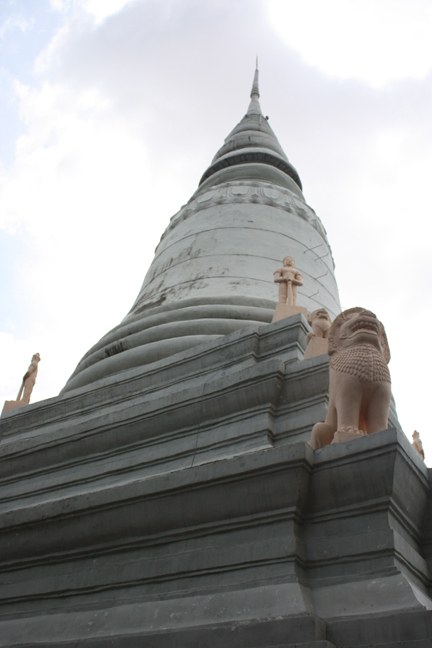 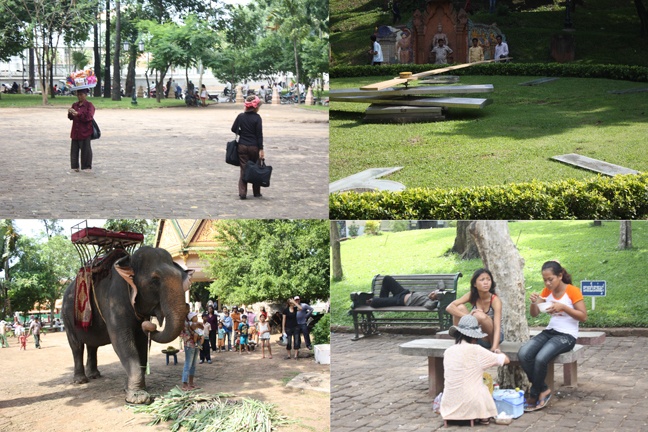 When we were able to tear ourselves from the spectacle we breezed past the American embassy, inconspicuously plastered with the flag, and arrived at Psar Thmei, the Central Market, another hub of activity. The whole experience was like stepping back in time, and I think in this case pictures are better than words: 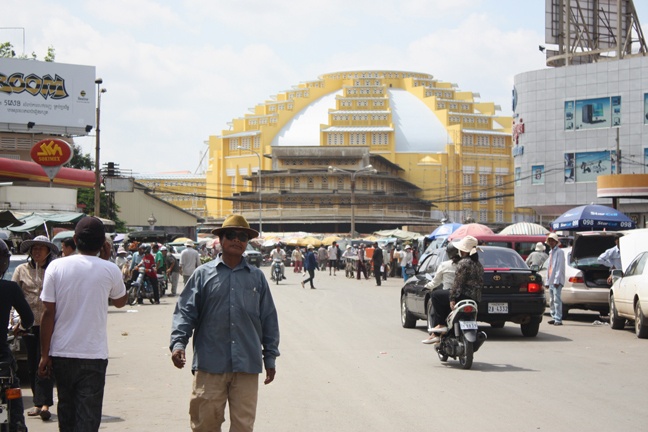 Our next stop highlighted the rapid change going on in Phnom Penh, and Cambodia at large. From the sweaty, bustling market we walked to a modern shopping mall complete with fast food and escalators. We rode to the top floor where there was an observation deck and a roller rink and watched young Khmers skate in circles around portraits of Mickey Mouse. 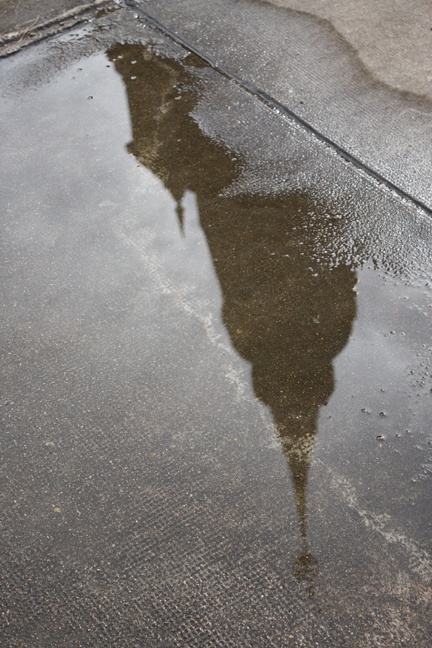 After a refreshing pool and lunch break we set off for what I like to call the School Field Trip portion of our sightseeing- the National Museum followed by The Royal Palace and The Silver Pagoda. Both are very small and can be seen in under an hour. The most interesting part of the Museum was the building itself which is built around a beautiful courtyard. One guidebook actually warned not to go to the Royal Palace on Sundays as it is the traditional day for Cambodians to go and pay respects. While it was crowded, I really enjoyed being one of the only tourists in a sea of local faces, a total change from Bangkok’s more architecturally impressive Grand Palace. We ended up the day celebrating the Fourth of July eating burgers at the Freebird Grill surrounded by expats and toasting to a fantastic day in my new favorite Southeast Asian city. 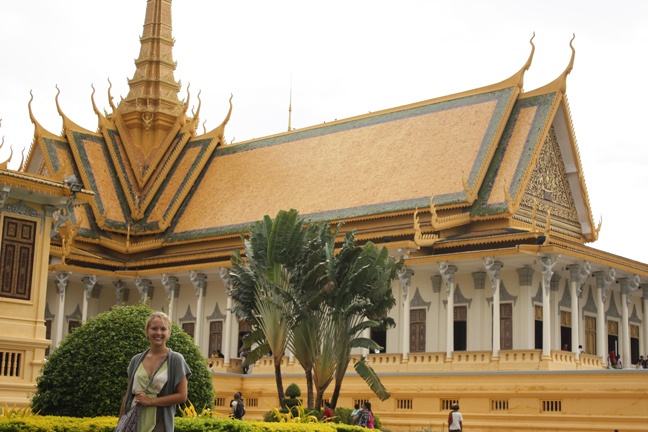 Shoulders covered despite the heat! 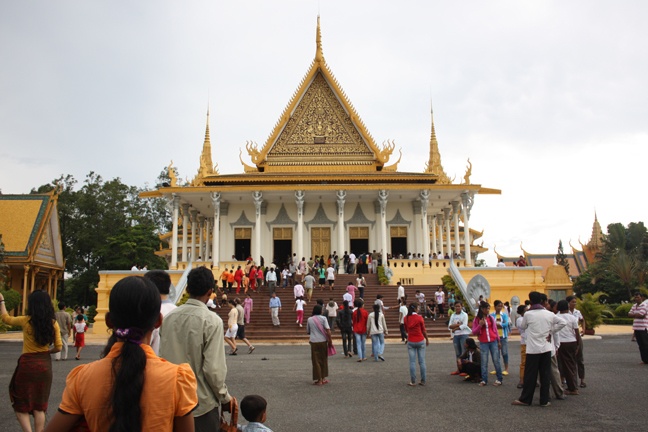 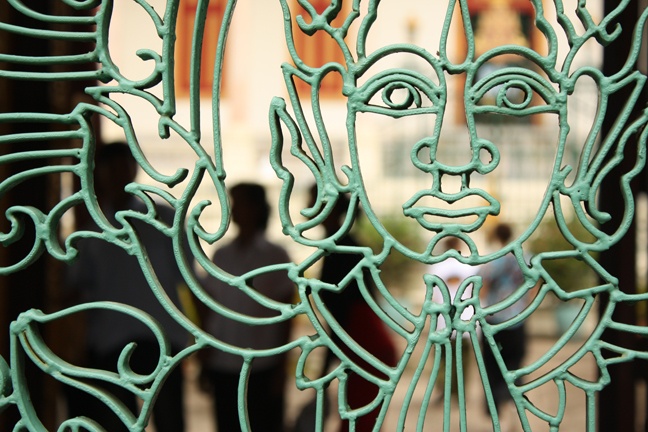