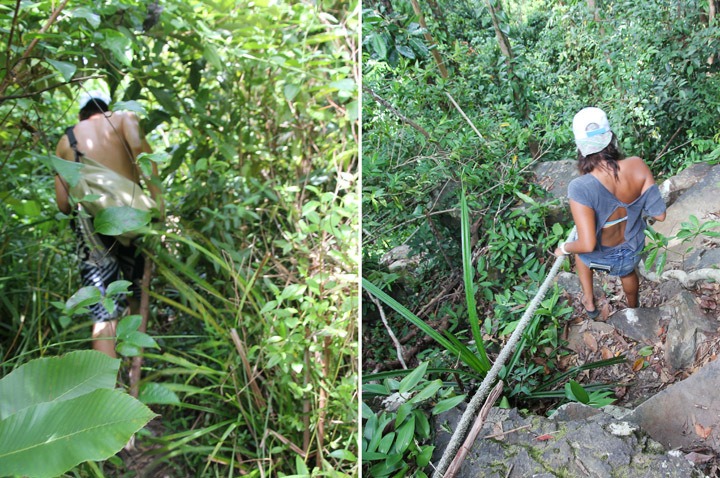 Luckily our friend Suze had done the one hour trek the day before and knew the way, because most maps of the island look a little something like this.

A local guesthouse owner warned us to always tell someone where we were going. “This island is the size of Hong Kong, and there ain’t no rescue team here,” he warned ominously. But it was actually totally fine, because we were using an advanced navigation technique of following bits of white paint splashed onto rocks and trees and whatever. And Mark tried to tell me some military stuff about telling the direction from tree bark or shadows or something but I passed out from boredom. 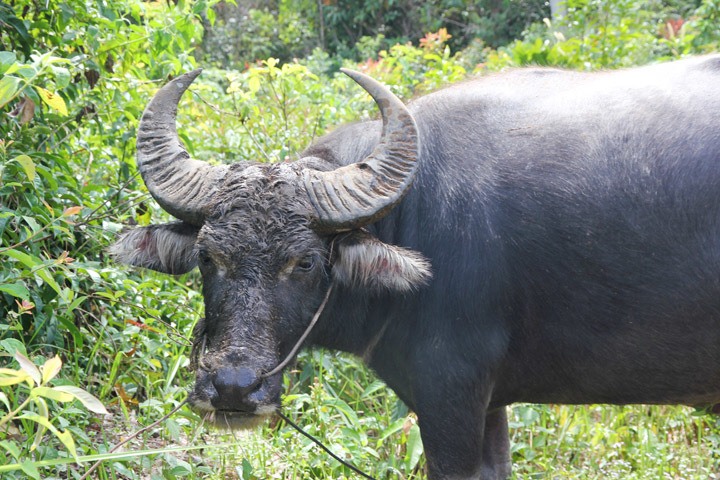 We were totally alone as we hiked along silently, listening to the cicadas and the branches snapping below our feet. Save for this surly water buffalo we encountered, that is. 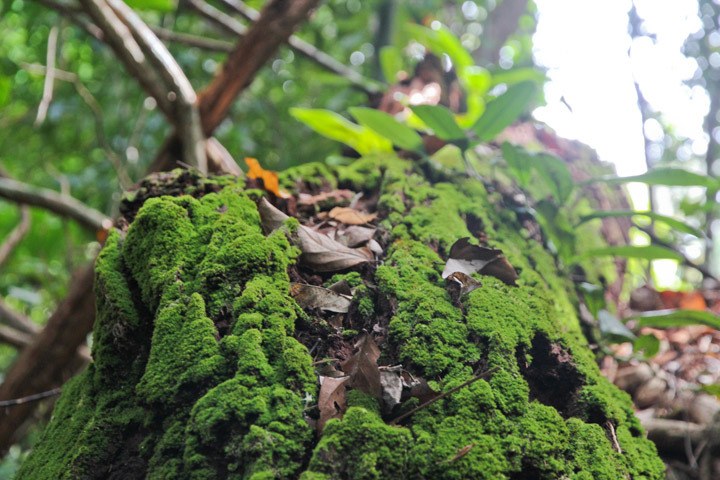 Just as I was starting to wonder what specifically I had gotten myself into with this whole trekking thing, I could see a sliver of the ocean. Suze had told me the beach on this side was infinitely more beautiful than the one we were staying on. I kind of brushed her off, like, how is that even possible? Why are we even on this stupid hike when it is super hot and I’m sweating everywhere and bugs are feasting on me? 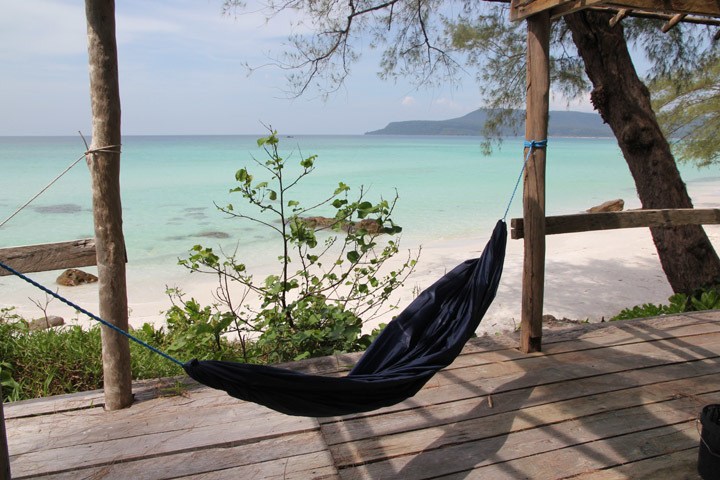 And then we got there, and I didn’t really have anything else sassy to say. In the words of April from the brilliant Parks and Recreation, “I’m trying to find a way to be annoyed by it… but I’m coming up empty.” 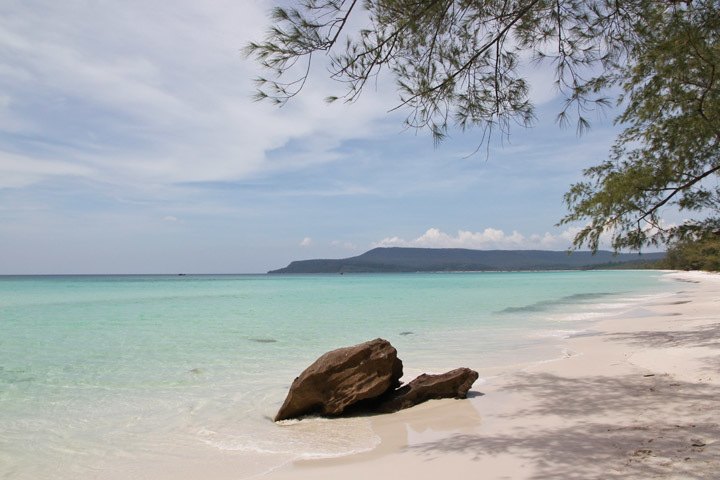 The beach stretched for miles, almost as far as my eyes could see. And it was completely and totally abandoned. The only signs of life were one seemingly abandoned bungalow guesthouse in the hill and a local fishing boat tied to a tree. 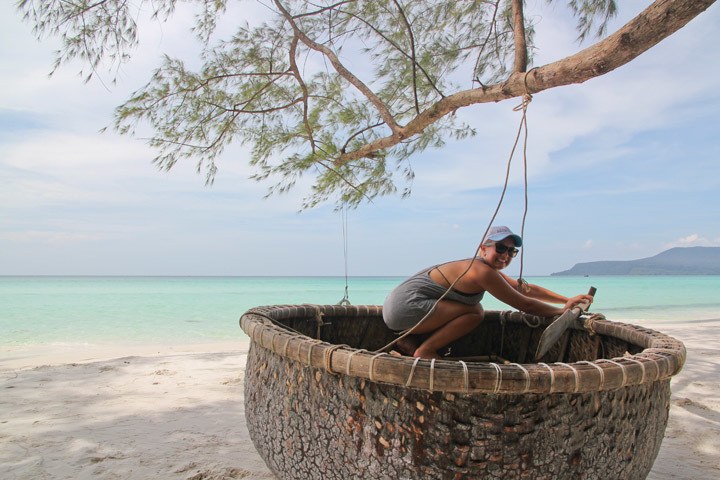 It didn’t take long before we went running full speed into the water. We brought out our masks and snorkels, but there was no reef off shore so there wasn’t much to see in the crystal clear sea. Still, I went on the longest swim I’ve been on in ages, just savoring being able to enjoy this paradise so exclusively. 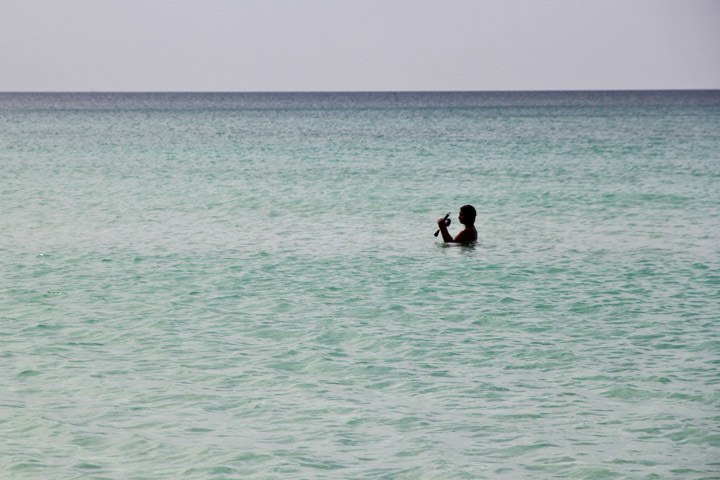 Unfortunately, Koh Rong won’t stay this way for long. None of Cambodia’s island will. All have been sold to developers with hopes of turning them into the next Koh Samui– and rumor has it an airport and island circumnavigating highway have already been approved for Koh Rong. 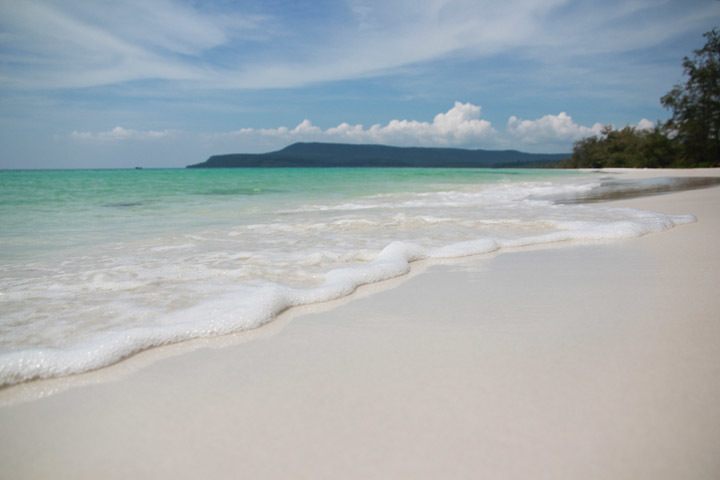 That’s a shame, because this island is a rare and special place. I can’t think of a single island left in Thailand or Vietnam that can match Koh Rong’s pristine and innocent state. That in itself is a tourism draw- but no where near in the same numbers as a Disney-fied mega resort island could be. Unfortunately, the bottom line is profit. 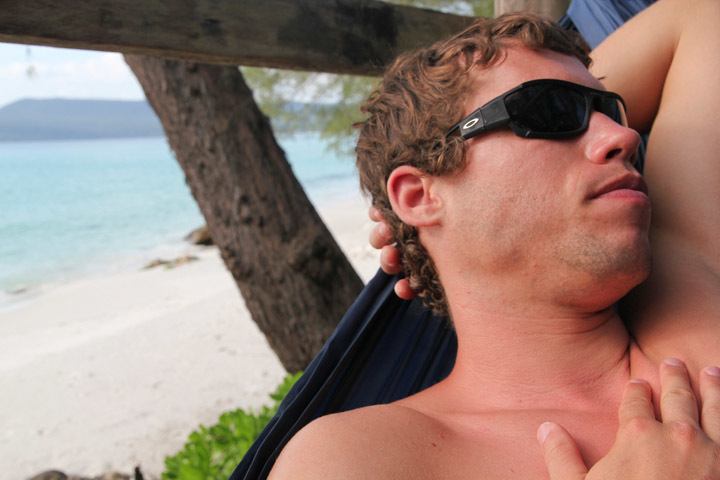 I feel sad already knowing that there is nothing I can do to stop this development, and that if I revisit in just a handful of years the island will be changed beyond recognition. At the current state of infant tourism on the island, local people are provided additional income opportunities with very little change in the rhythm of their lives. Mass tourism cannot support this, and when it and all the negatives that come with it (prostitution, pollution, loss of local culture and identity) do arrive, the simple lives of the people here will be lost. That’s the Catch-22 about tourism- if a place is beautiful, everyone will want to go there. And when everyone goes there, it will no longer be beautiful. 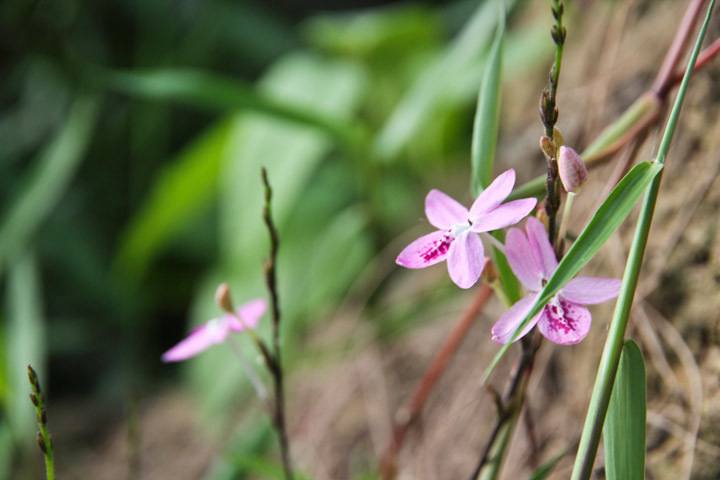 I suppose I’ll have to make peace with the fact that there is always another undiscovered paradise, and I was lucky to be on Koh Rong at the moment in time that I was. Perhaps I will never come back, because I want to remember it the way it was that day, the three of us alone on miles of sand.

Photo of the Week 26 Diving in Cambodia Part I
30 Comments...