I’m ready to commit. After half a year of travel, I feel confident to name my favorite city in Asia. Granted, I’ve only been to a few of the big ones. Bangkok is a very close second, with Kuala Lumpur in the middle and Ho Chi Minh City firmly in last place. Sitting pretty at the top of that list is Cambodia’s vibrant capital. In fact, I like it so much I hope to someday live in Phnom Penh for some period of time. 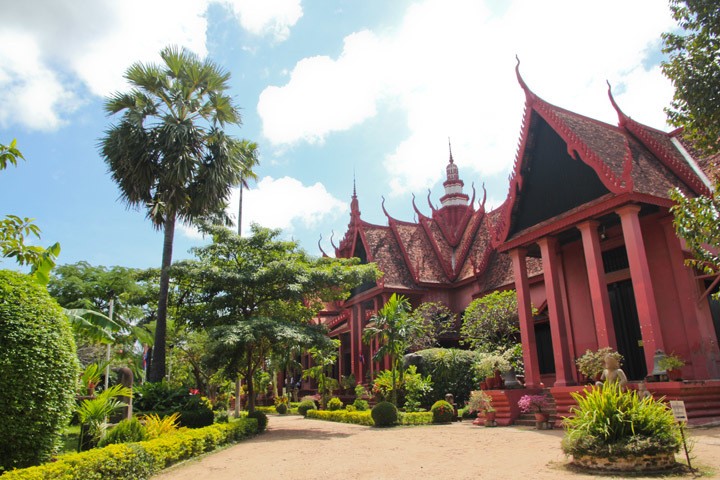 During my previous visit in 2009 I ticked off most of the “tourist to-do’s,” leaving me tons of guilt free time during this trip to enjoy Phnom Penh at a more relaxed pace. In the coming week I’ll share some of what I got up to, but in reality it’s not the tourist attractions, the amazing markets, the adventurous activities or the charming riverfront that make up what I love most about this city. Okay well, it partly kind of is the riverfront. 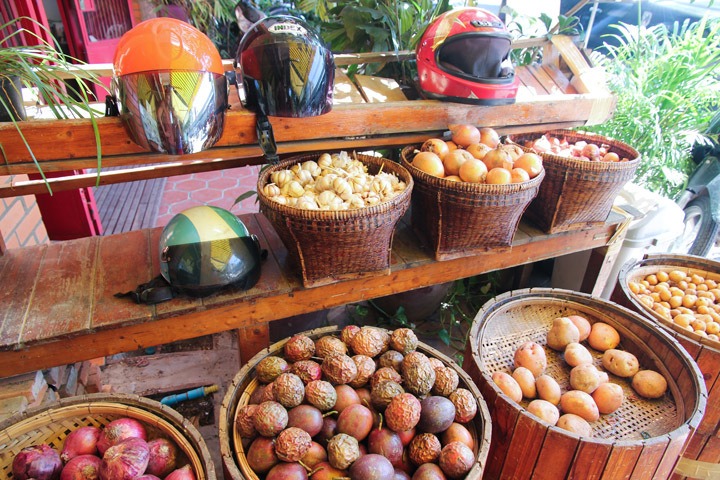 It’s walking down street 240 in the afternoon and discovering the most beautifully designed NGO run café tucked in a corner. It’s rollerblading on top of Sorya mall with dozens of Khmer kids trying to make a skate chain with you. It’s strolling down the river side and watching the group aerobics classes and picnicking families. It’s sharing a drink with new friends at a no name bar where mojitos cost $2 dollars and then dancing all night at a club that your home country’s embassy has taken time to write warnings against. It’s that perfect combination of wonderful waterfront atmosphere, great expat community, strong local culture, and bustling, creative energy, rolled in with the little things that make life great. Here’s some of my favorite details about the place locals affectionately call “The Penh:” 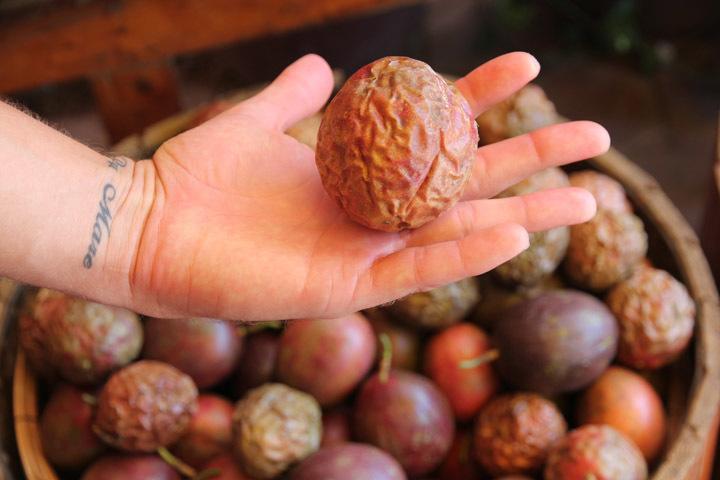 While in Phnom Penh, we partied all night at both bars full of travelers and clubs full of locals. You can have sun-downers overlooking the river at the famous Foreign Correspondents Club, join in on an open mic night on Bar Street, and then head to the famously seedy Heart of Darkness nightclub and party with rich kid Khmers. It’s big city nightlife, and I love it. 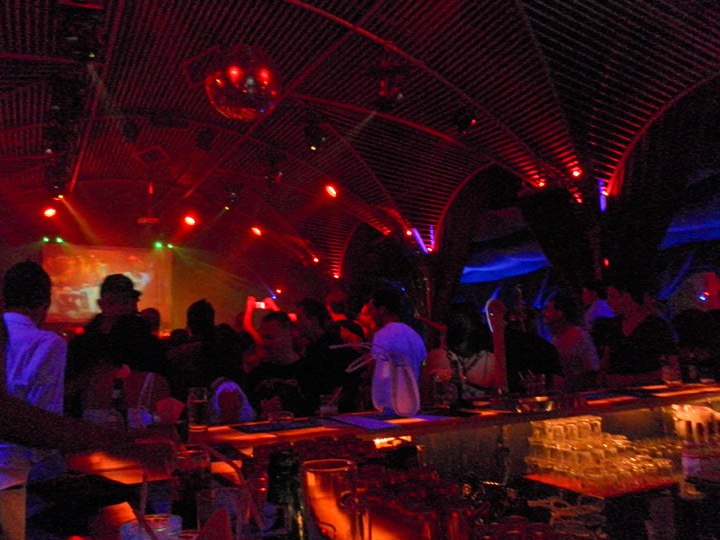 From Oktoberfest (post to come!) to Fashion Week to nightly documentary showings at an art house theatre, there is always something on in Phnom Penh. A calendar that jam packed means not only do you have no excuse to be bored, but also no excuse to be lonely.

I know this sounds like a weird thing to list, but as a former design student I couldn’t help but fall for a city so packed with trendy hotels, stylish restaurants, and hip boutiques. There is truly something special and unique around every corner. And I’ve come to realize this isn’t the case everywhere… just try finding boutique accommodation in Ho Chi Minh city! 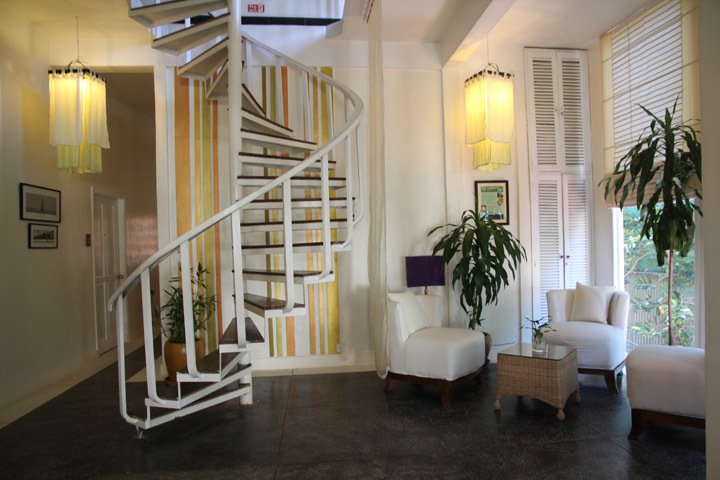 The Mix of Expats and Locals

For me to want to live in a place, I admit I would need the comfort of a developed expat community. And in Phnom Penh there is a vibrant one full of artists, entrepreneurs, and do-gooders. But they are far from overwhelming the true heart of the city, which is the local people. In Koh Tao, for example, I sometimes forget that I am in Thailand because it has been so developed to cater to expats. It makes for an easy life but not always the most rewarding. In Phnom Penh, tourists are not the main attractions but rather guests in a bustling Cambodian city. It’s a perfect balance.

Khmer people are simply some of the loveliest, sweetest and most unassuming people I’ve met in this world. There is not much more to say than that! As an added bonus, Khmer is one of the easiest South East Asian languages to pick up a bit of, making it easy to endear yourself to everyone you encounter. 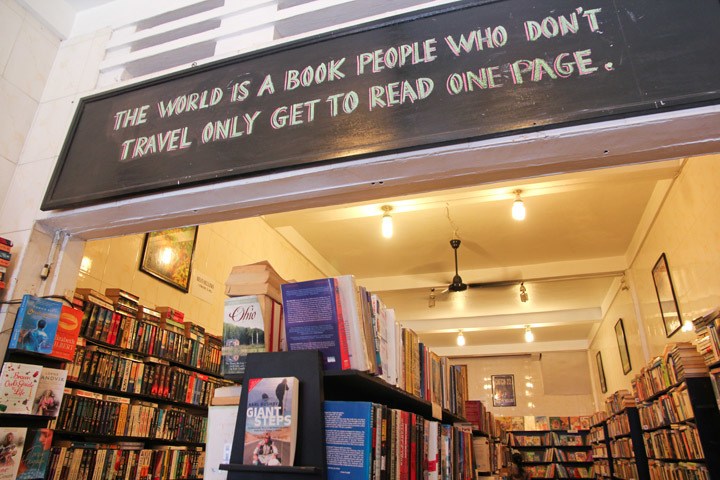 Believe it or not, I am somewhat in the minority when it comes to this great city. I’ve heard from many backpackers who managed to find it boring, or in the word’s of one traveler, “a dump.” Obviously, I couldn’t disagree more.  If you are coming to Cambodia to see Angkor Wat, don’t make the mistake of giving Phnom Penh only a day or two, or worse, skipping it altogether. Take a few days to slow down, throw the guidebook in the back of the bag, take a few long walks, and explore one of the jewels of South East Asia.

Where to Stay in Sihanoukville

Photo of the Week 24 Movie Going in Phnom Penh
22 Comments...