‘Twas The Night Before Belize…

When I was thirteen, I carefully ripped a page out of a magazine I’d found at the orthodontists’ office. Wanderlust had begun to take hold on my psyche, and I’d forgone the gossip rags and fashion fluff in favor of an old issue of Condé Nast Traveler. Something in it had caught my eye. And so, glancing up to make sure that no one was watching me vandalize a piece of waiting room property, I plucked the page. With that tear, an obsession was born. Forget braces. (I mean really, forget braces. Seriously, anyone who knows me, forget that horrible, awkward phase ever happened.) I wanted Belize.

Magazine clipping in hand, I presented my proposal. My parents hesitated — we mostly traveled to Florida or Illinois to visit family, or drove to Martha’s Vineyard for vacation. Aside from a family reunion trip to Spain to visit my cousin Kirsten who’d been studying abroad there and a few brief overland trips into Canada, we hadn’t traveled internationally. But they didn’t nickname me The Bulldozer for nothing. Soon, we were booking flights to Central America. It was my first stint as family travel agent, a role I’ve embraced in the decade plus since. 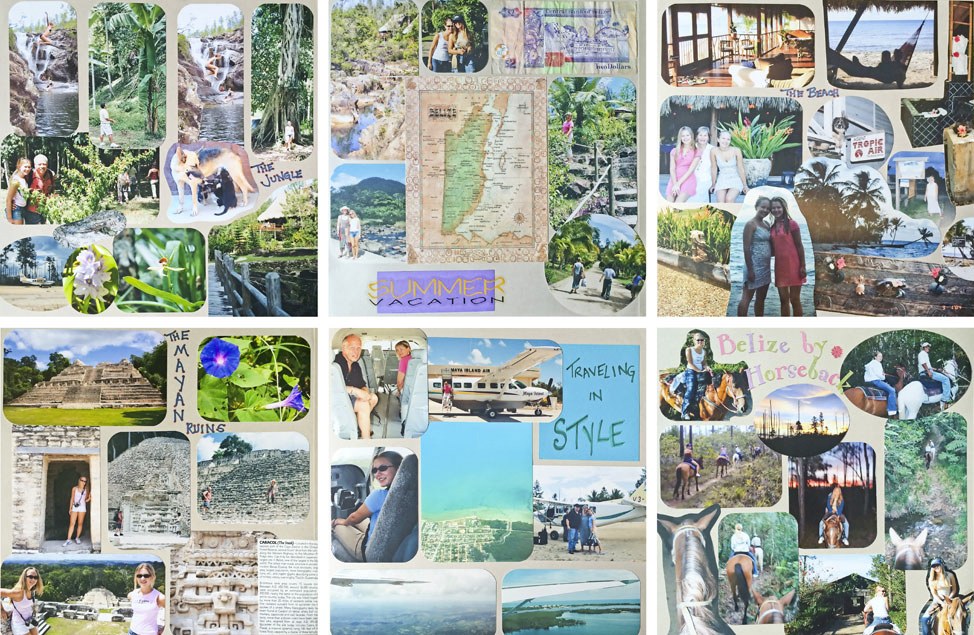 We spent four nights by the beach, and four nights in the jungle. We rode horses to secret waterfalls, kayaked through caves, clamored over Mayan ruins, and marveled at the open-air bathrooms in our resort. We went snorkeling and my sister and I saw coral reefs for the first time. It was the best trip we’d ever taken.

It was also, as my extensive scrapbook of the trip reminds us, a terrible era for sunglass fashions. 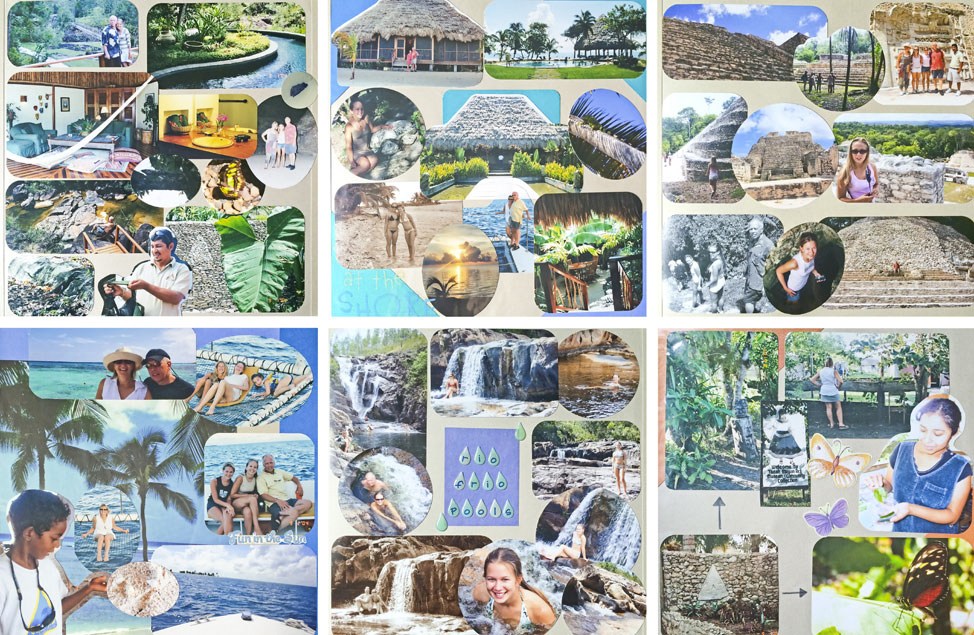 So it felt deliriously full circle when, in the midst of planning a massive Central America trip twelve years later, I was invited back to Belize by a pair of two sister resorts; one by the beach, one in the jungle. I hadn’t planned to return to Belize on this trip; so crystallized it was in my mind as a group destination. Can I bring my family, I asked? 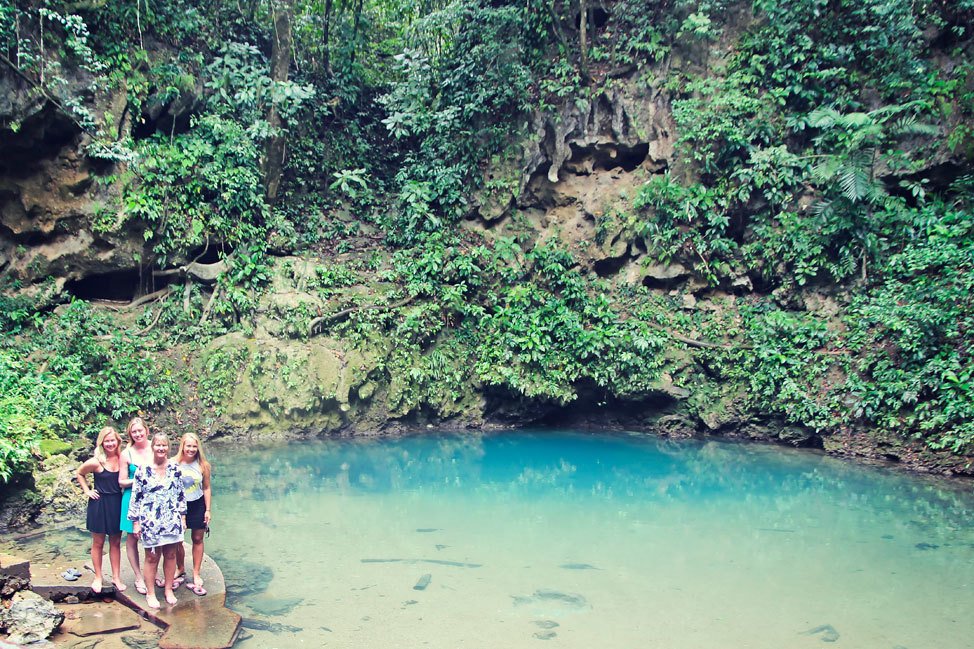 A lot had changed since Belizean immigration had first slapped a stamp in my passport. I grew up and started my own business, which led to this very invitation. We all became exponentially more travel obsessed, and I’ve felt blessed that my family frequently comes to me while I’m living this nomadic lifestyle — I’ve visited Cambodia with my dad, Turkey with my mom, Thailand with my little sister. And my parents long ago separated, which would have made a return trip with just the four of us a tad awkward.

But my dad, having recently moved to Los Angeles to start a new job, wouldn’t have been able to make it anyway. So instead, we decided to make it a girls’ trip — my mom, my little sister, and our lone female cousin Kirsten. With both Olivia and Kirsten being teachers, spring break was the perfect excuse to get away. I planned a trip very similar to the one that preceded it, a perfect balance of sandy beaches and lush rain forests. 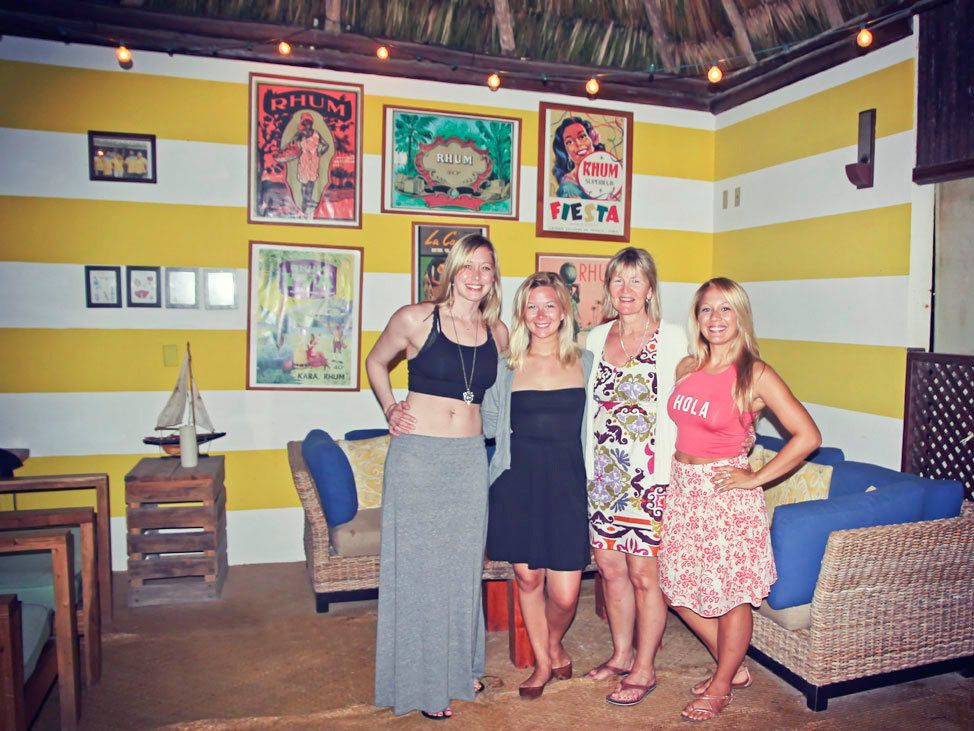 First, we’d head to the Hopkins Bay Beach Resort to soak up some small-town Coastal Belize vibes for three nights. Twelve years ago we’d visited the nearby Placencia, and I looked forward to comparing the two, especially since we had similar activities on the agenda — namely, a boat trip out to the world’s second largest barrier reef. Next up, we’d return to San Ignacio for three nights at Ka’ana Resort, where we’d take a private cooking class, practice yoga at a Mayan ruin, and lounge by the lush jungle pool. Finally, the kids would head to Caye Caulker as my mom returned back to the US. While my mother was extremely generous throughout the trip, I felt proud that through my hard work I was able to provide a significant contribution to our family vacation.

My excitement levels for this trip were peaking out at maximum levels, which can be a dangerous place to be — high expectations leave lots of room for disappointment. These two weeks in Belize were one of the three anchors around which I planned the entire second half of my year — Batabano in Grand Cayman, Equilibrio in El Salvador, and Easter with my family.

And it didn’t disappoint. While things got off to a comically bad start (my bus from Guatemala was late, my cab to the airport literally caught on fire, and I had to walk across the border in a torrential downpour that insisted on plaguing us throughout the week), one of the happiest moments of my months in Central America was standing in the arrivals terminal waiting for the three women – on flights from three different US cities that I’d carefully culled for similar arrival times, of course – that would soon walk through dragging oversized suitcases. 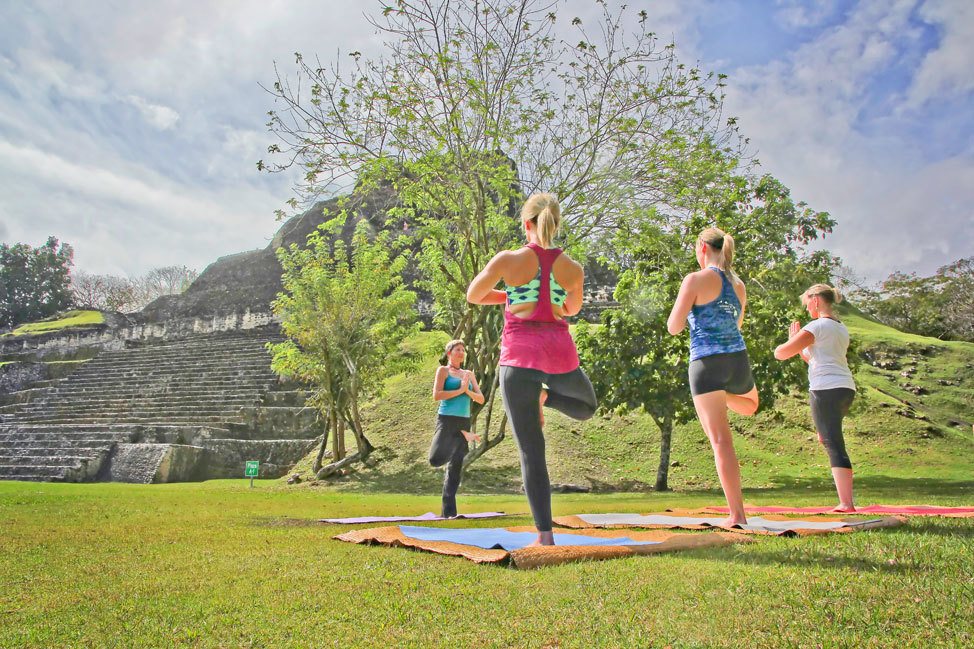 The night before, I’d been so filled with giddy excitement, I did what any reasonable person would do. I wrote a parody poem based on another night I tend to buzz with anticipation. Yup, it’s true — when you roll with the Baackes-Allens, you better pack your spontaneous poetry game.

So, on the evening before I begin my trip coverage of our nostalgic return trip to Belize, I leave you with a Wanderland original, penned the evening before we began our journey. Because what’s more inspiring than the absolute gift of being able to travel with the people most important to you?

‘Twas the night before Belize, when all through the Americas,
Baackes-Allens were stirring, with full pre-trip hysterias.
Frantic FaceTiming from Target was performed on the run,
In hopes that the packing soon would be done.

The ladies were nestled all snug in their beds;
While visions of duty free danced in their heads.
And mom and her credit card, and I and my itinerary;
Each stowed away Xanax, a precaution preliminary.

I dust off my passport, to my girls shoot a final group text;
Indeed, palm tree emoji use was certainly flexed.
Chicas, it promised, we’ll toast with fruity cocktails by tomorrow night.
So happy travels to all, and to all a good flight! 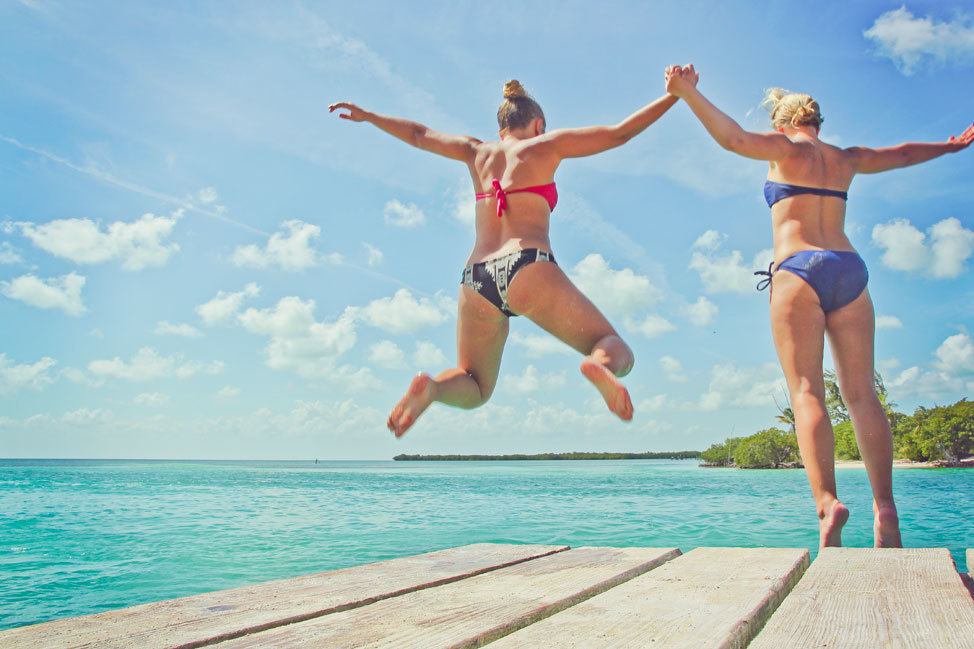 Do you have a destination you associate with family? What part of my Belize coverage are you most excited to read about? And most importantly, whatever did happen to the fine art of satirical travel poetry?

Hard To Belize: There’s So Much To Do in Caye Caulker

Photo of the Week 212: Martha’s Vineyard You Better Belize It: Happiness in Hopkins Bay
58 Comments...