My twenty four hours in Singapore were ticking away quickly. As night drew near, I set off for my blind-friend-date. My travel buddy Heather, who I was traipsing around The Philippines with, had a friend who had recently moved home to Singapore and readily agreed to meet me for dinner. 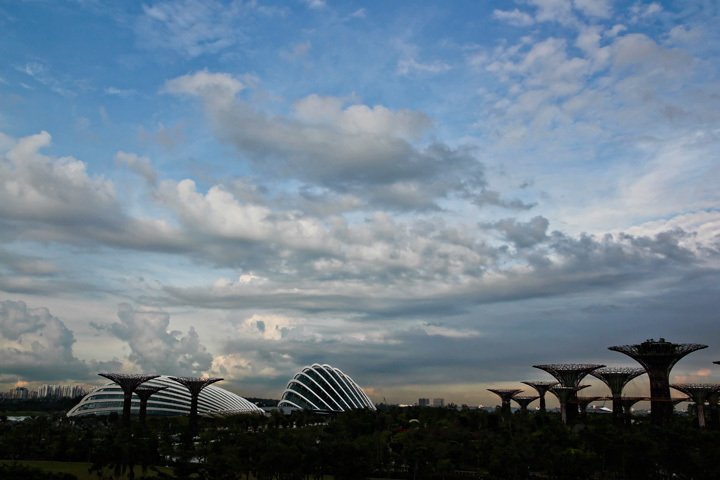 Once we found each other, she asked what I was in the mood for — Western style restaurant food, or Asian style street food? Ya’ll know that I was starving for a burger after three weeks in The Philippines, but I didn’t want o be the one to admit it! So I made some enthusiastic noises about street food, and we set off for Makansutra Gluttons Bay.

I’m so glad we did. In reality I have grown to love Asian cuisine, and Adi spoiled me with dish after dish of Singaporean specialties. Gluttons Bay is a nice spot — somewhere I would bring my parents for dinner, a kind of Street Food for Beginners area with ample seating, English signage, and an unusual air of sanitation. 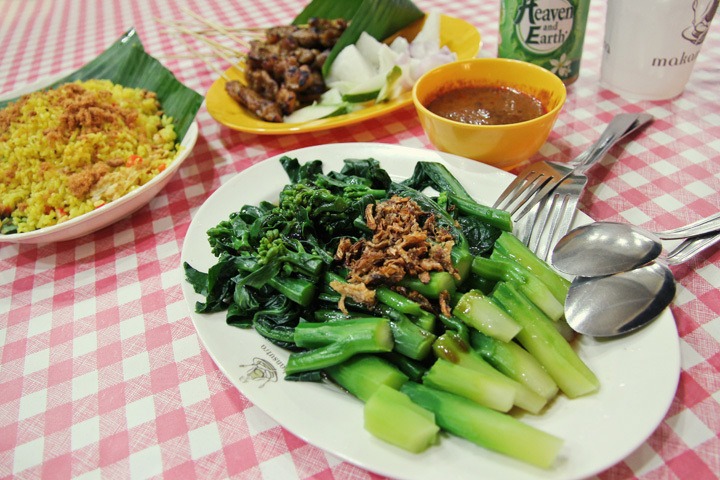 To walk off the obscene portions we had just consumed, we walked along Marina Promenade, drinking in the glittering skyline views. Everything I had seen earlier, from The Artscience Museum to the rows of skyscrapers to The Helix bridge seemed to take on new life with the bright lights they gave off. 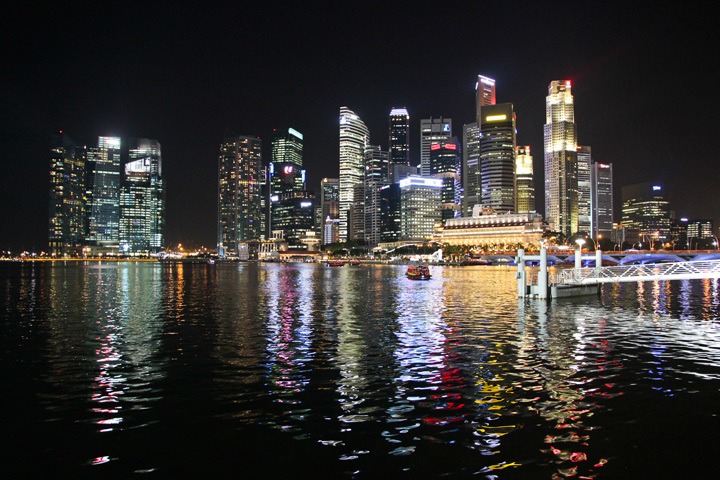 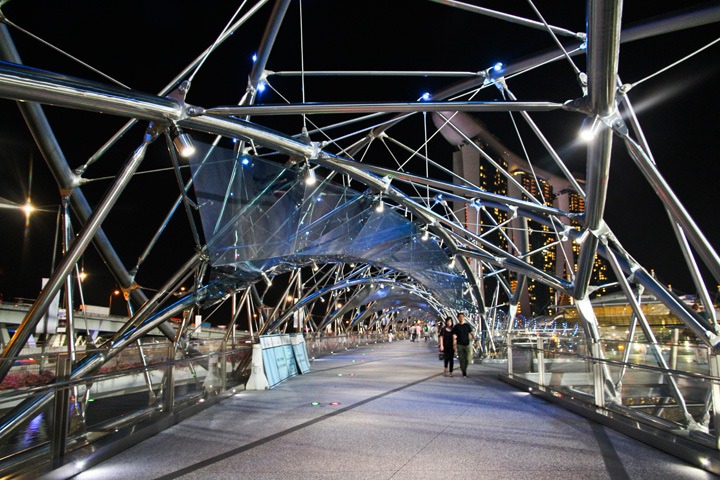 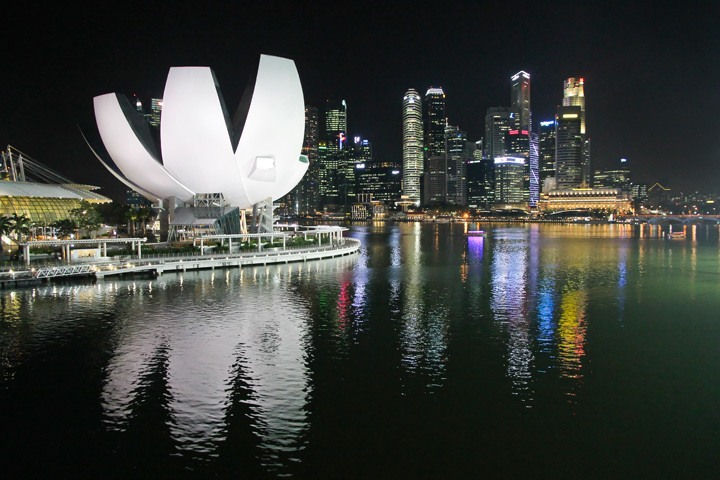 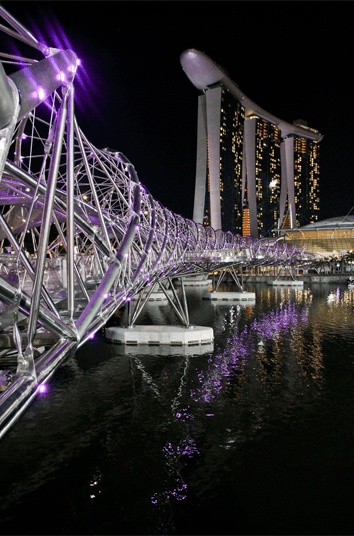 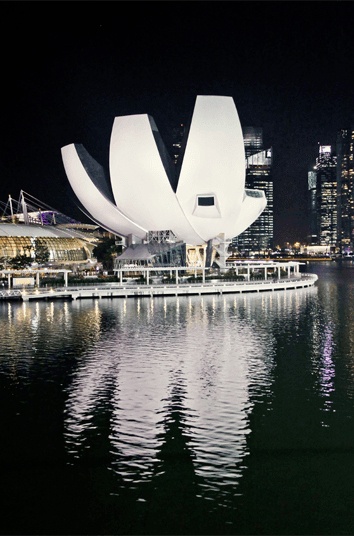 When I told Adi about my earlier adventures at Gardens by the Bay, she insisted we go back to see it at night. Thank goodness she did — I was awed. 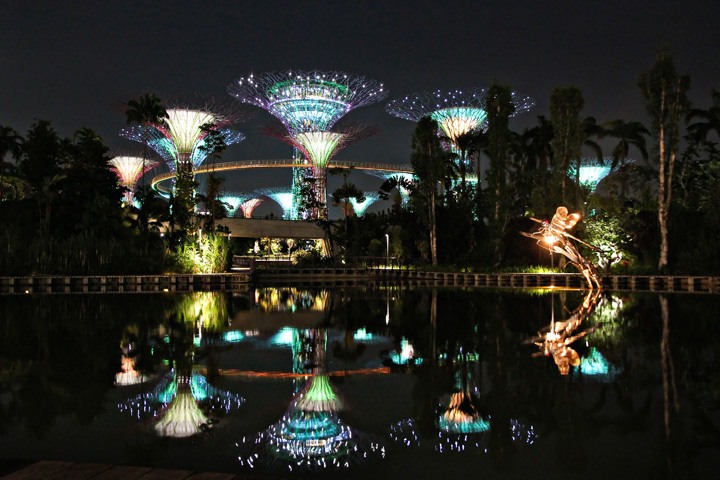 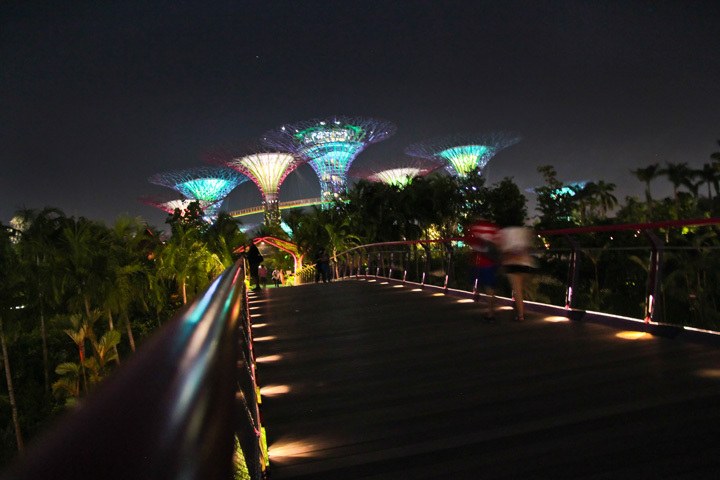 Most of the crowds had gone home by this point — it was just us and our Avatar fantasies. The trees pulsed with lights, changing color and rhythm as the moments ticked by. If I didn’t know any better — and wasn’t well informed of Singapore’s anti drug policies — I might have wondered if Adi had slipped something in my meal. 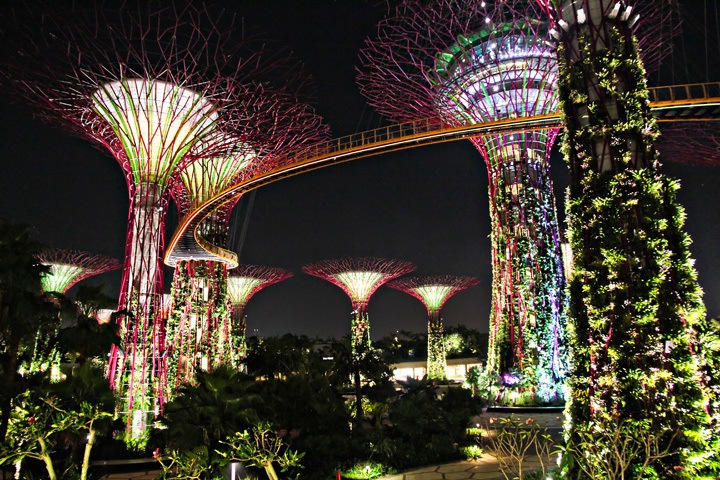 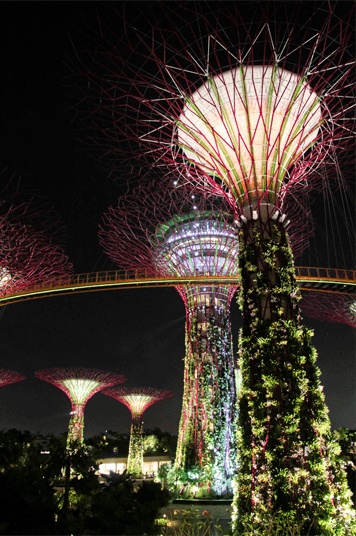 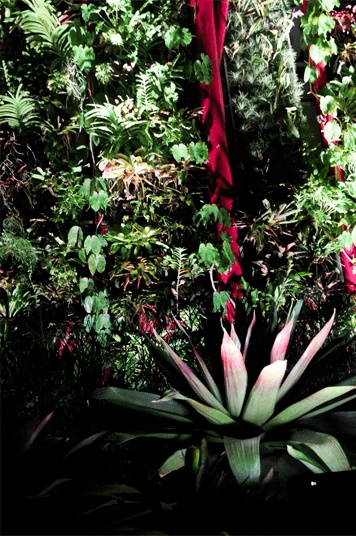 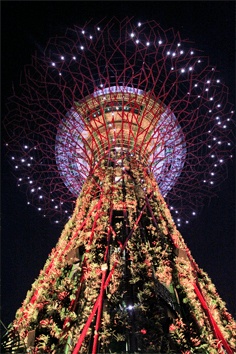 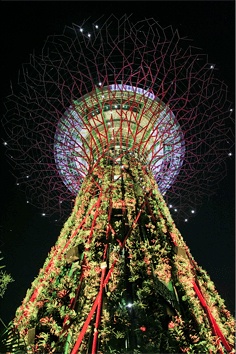 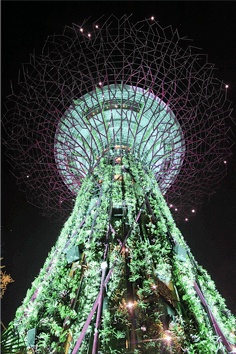 When I finally dragged myself away from Gardens By the Bay, it was only because I was at the point of complete and total exhaustion and near physical collapse. After a night of three hours of sleep, an epic journey to the Clark airport outside Manila, and a flight to boot, I had hit the ground running in Singapore and didn’t stop until I collapsed in my hostel bed after midnight — with my alarm set once again for just a few hours later. There’s no doubt about it — twenty four hours in Singapore just isn’t enough, except in one sense. It was just enough to assure me I want to go back.

Of course I couldn’t leave Singapore without one major blonde moment, right? I’ll just go right ahead and give you the dialogue from my early morning flight onto Bali —

“I’m looking for the international terminal.”

“Ma’am, this is Singapore. ALL terminals are international.” 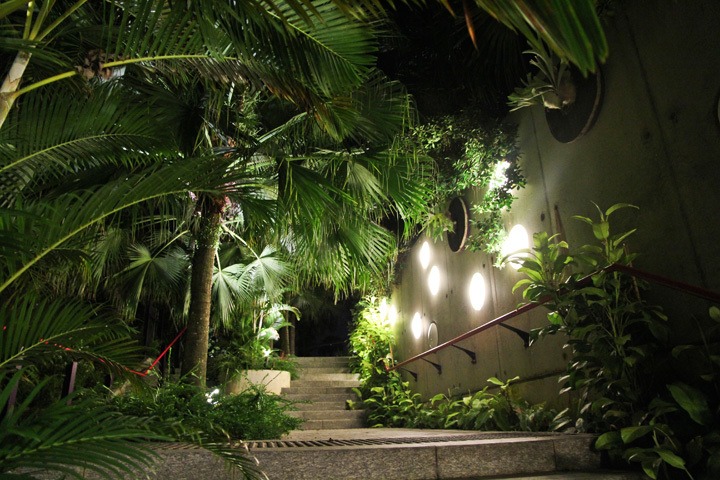 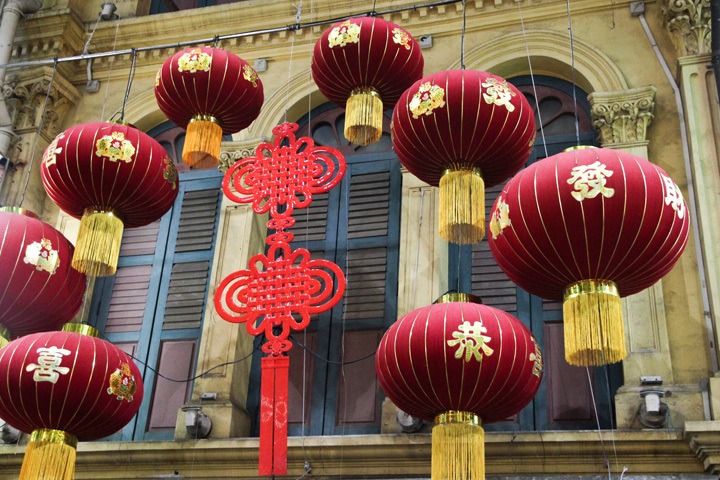 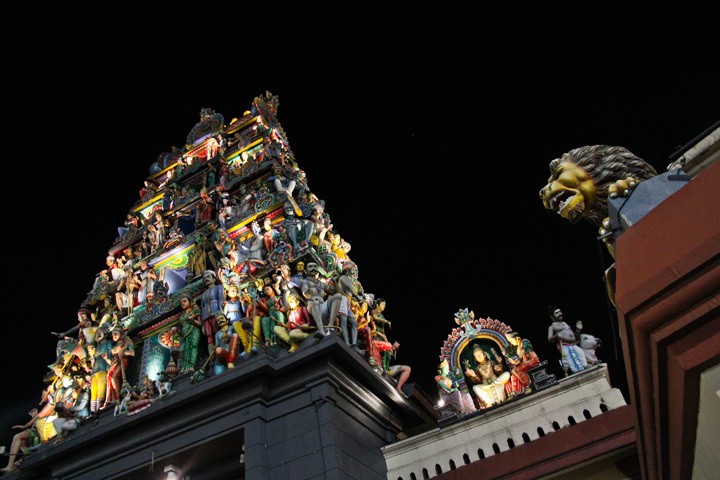 Have you ever spent just twenty four hours in a destination? Was it enough to tick it off your list?

The Great Escape: Months 23 and 24 Roundup