Travels With Dad: 24 Hours in Bangkok 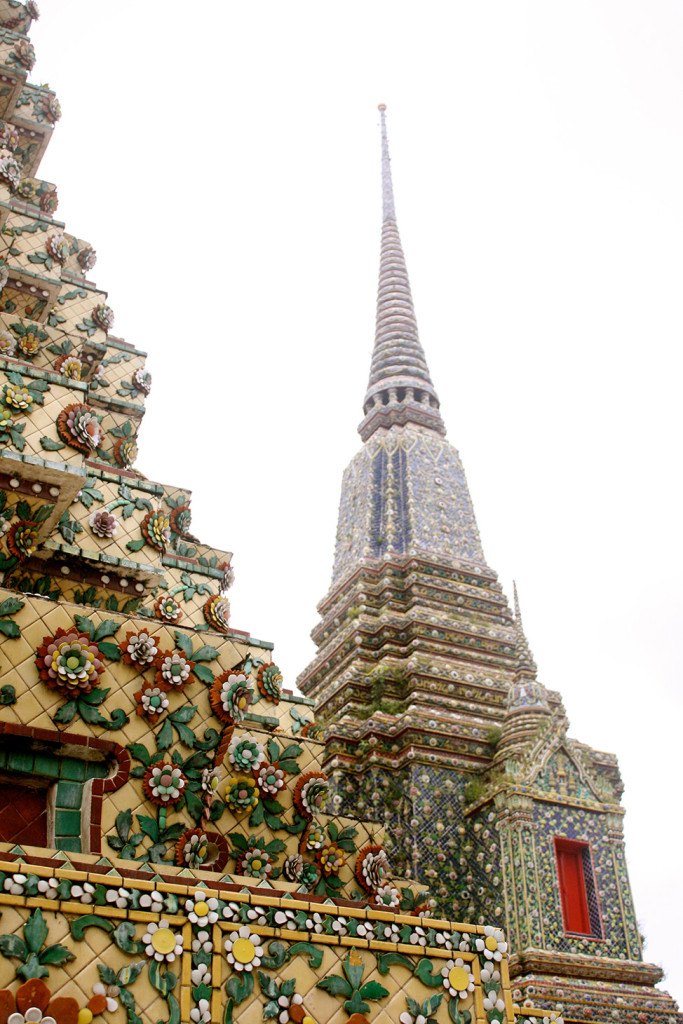 So while I waxed nostalgic about having an unconventional travel partner in my previous post, now I’m going to get down to the nitty gritty of things. In the days leading up to my Dad’s flight I picked a guesthouse as our meeting spot for our late arrivals in Bangkok. A sad goodbye to Justine, a confusing cab ride and a smooth check in to my room later I was in my room. Alone. Having spent the past three weeks in the constant company of either Justine, Mark, or another cast member I was at a total loss of how to amuse myself.

Finally I went out to the desk to try to enquire if my directions had worked and my Dad was there. There was a serious language barrier and I was about to get frustrated when I heard a familiar voice coming from the upstairs of the courtyard outside. I ran past the flustered caretaker to the elite private room and bathroom area upstairs. Some people really know how to live. We spent the next hour sitting on the porch talking about home, and everything I had missed since I was away. I can’t describe how surreal it was, sitting on those deck chairs on a hot, muggy night in Bangkok talking to my Dad about my sister’s graduation in Albany, New York.

The next morning we woke up early, enjoyed our complimentary breakfast, and headed out on our whirlwind tour of Bangkok. We only stayed for one night, but the Sam Sen Sam Boutique House is highly recommended. My room was a bit steep (considering what rooms go for down the street) at 700 baht ($20USD) but it was incomparably clean and the shared bathroom was immaculate. Moving on… 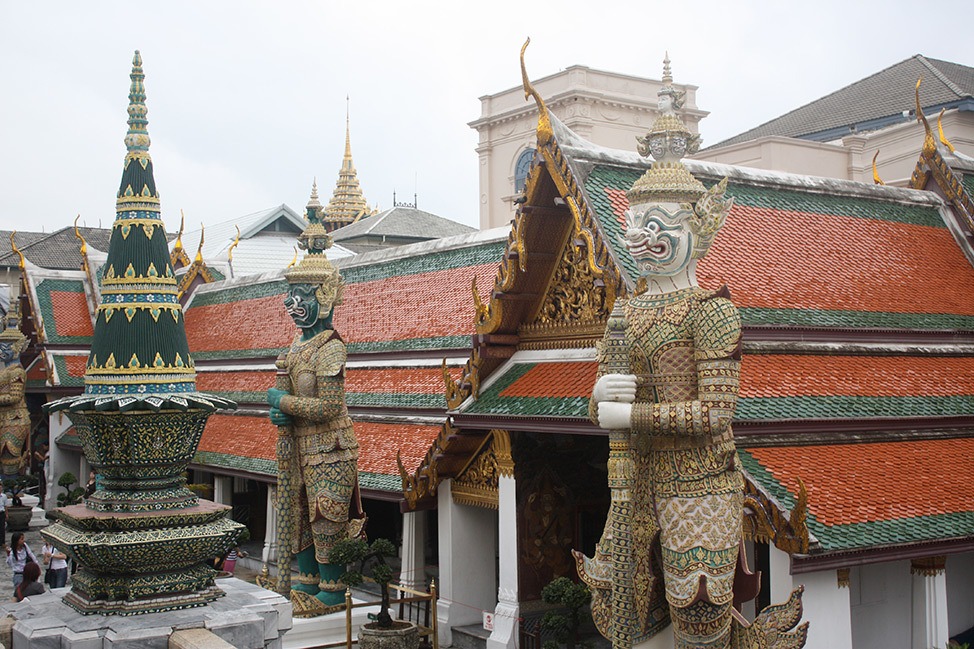 First up was the Grand Palace. This is the mother of all Bangkok tourist attractions. It might as well be an exit requirement, along with buckets on Khao San and getting ripped off by a driver. No one comes without seeing this. And I can see why. Yes, its flooded with tourists but its big enough that you can find a route to walk around where you don’t feel like part of the herd. Also, men must be in pants and women pants or long skirts. I’m glad I knew as those who didn’t had to wear some horrible rental sarongs. Now there’s two words that just do not belong together. 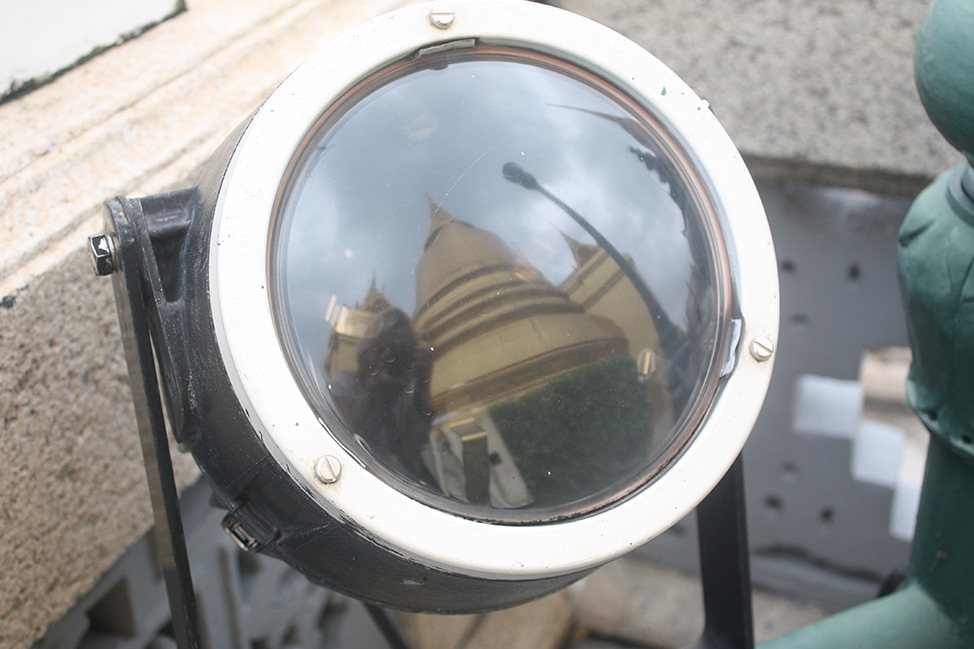 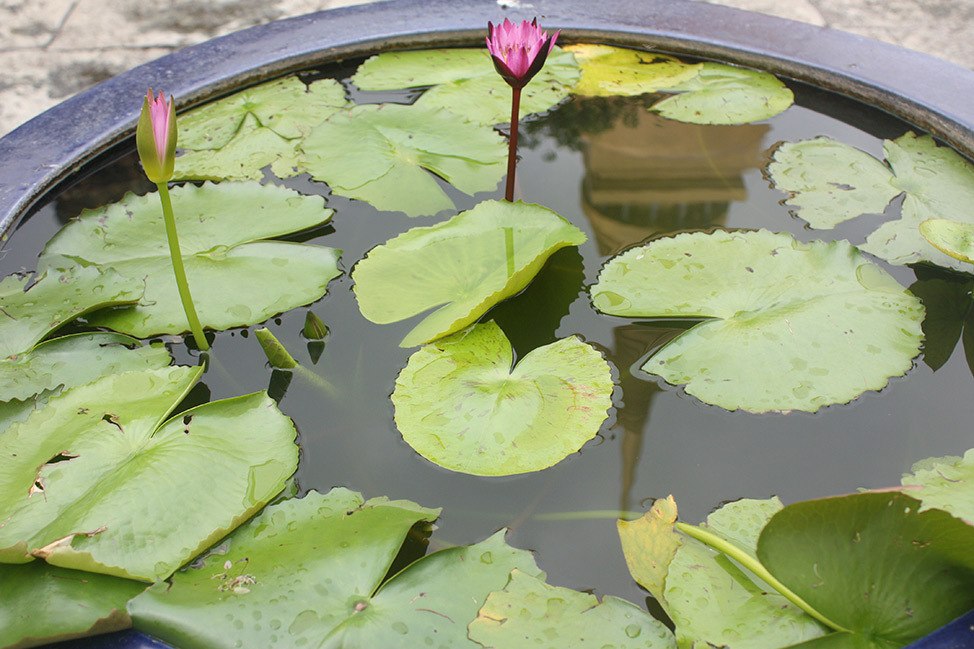 Unfortunately Wat Phra Kaew, the Temple of the Emerald Buddha, was closed for ceremonies while we were there but on the upside there were tons of important looking monks being escorted in by guards for said ceremonies, so that was exciting. I think a celebrity monk sighting trumps an emerald Buddha any day, especially considering its actually made of jade. 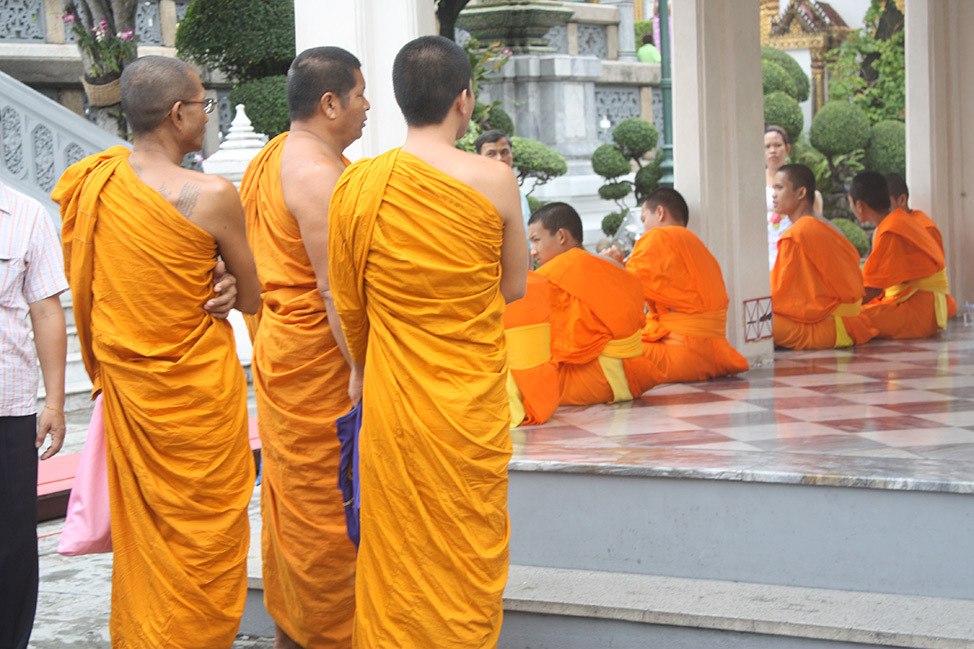 We then headed to Wat Pho, home of the reclining Buddha. Its over 150 ft long and contained in a room not much larger, which gives it huge impact but makes it very difficult to photograph! Next I brought my Dad by the backpacker haven Khao San road for lunch and hippie watching before we darted back to the hotel, grabbed our luggage, and haggled with a cab to take us on the meter to the airport. 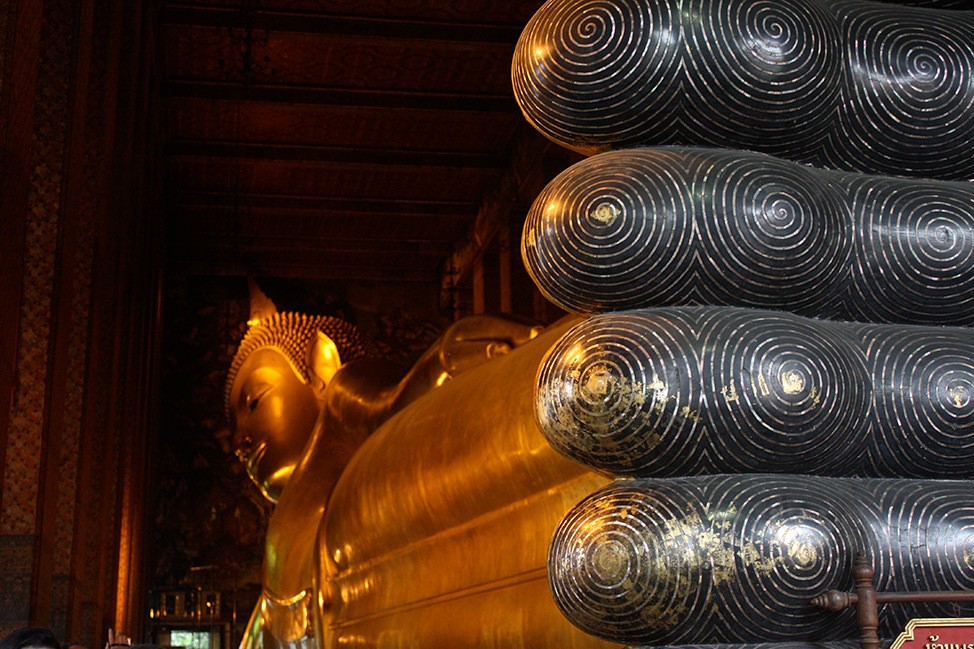 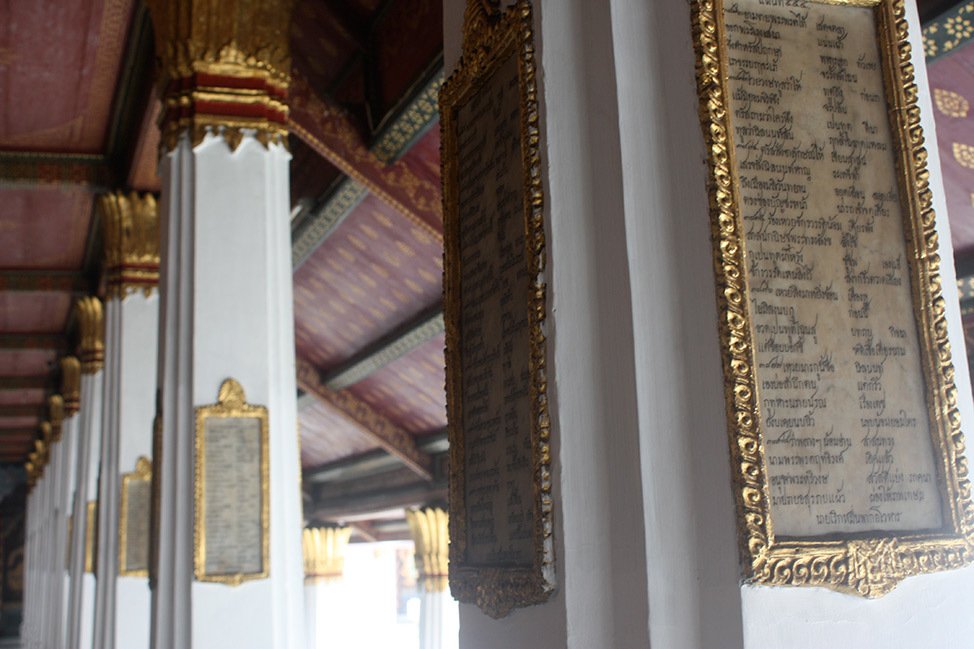 All in all we had less than 24 hours in Bangkok before our overpriced flight to Siem Reap departed. Flying was stupidly priced considering comparable flight distances to other locations, and travelfish.org does a great job of explaining it:

Price no problem? Bangkok Airways is the way to go — in fact it is the only way to go. In one of the more dubious chapters of open skies agreements this airline has long been the only airline flying the Bangkok to Siem Reap route, and not surprisingly, for the distance flown it remains one of the most expensive flights around. Rumour long has it that the road from Poipet to Siem Reap was kept in it’s particularly crappy condition in order to steer people onto the planes — who would have thought! Yes, it is an absolute rip-off. The flight takes about 45 minutes each way.

So I popped in my iPod and celebrated the occasion by listening to such such hits as “Glamorous” by Fergie and “Luxurious” by Gwen Stefani while eating my in-flight meal. Yes, for a 45 minute flight. Anyway, before you could watch a full episode of Lost, we landed in Cambodia.

Travels With Dad: It Begins Tomb Raiders Day I
3 Comments...