Last year, I was surprised to find that I just wasn’t feeling Chiang Mai. Surprised, because this is the city that travelers, bloggers and digital nomads simply love to love. But you know? I just didn’t really get it. On this return trip to Northern Thailand I was keen to spend as little time there as possible, considering my limited time frame.

But I’ve heard that plans are made to be broken, and somehow I found myself spending a total of ten days in Thailand’s second largest city. Did I change my “meh” mind about it? 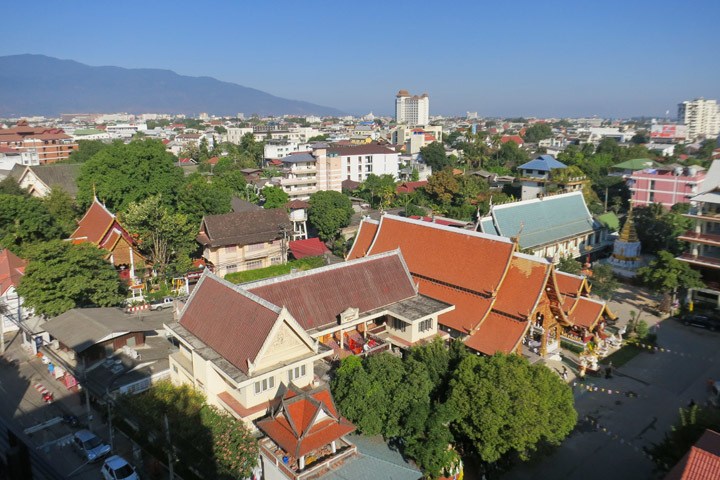 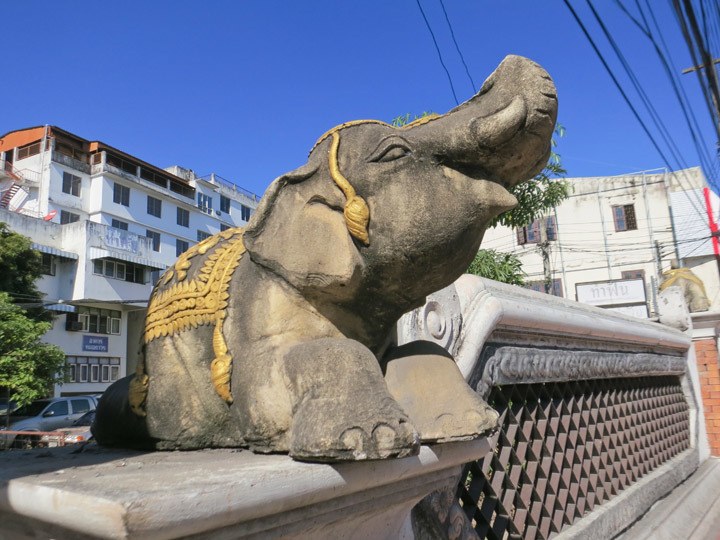 Well, um — no. I still feel a remarkable lack of magnetism about the place. It lacks Bangkok’s energy and excitement, the islands’ stunning scenery and effortless cool, or small town Thailand’s inherent charm. To be blunt, Chiang Mai still strikes me as a very bland city. And yet I spent more time there than I’ve spent anywhere on this trip, aside from Koh Tao.

What I did find on this second trip to Chiang Mai was that I sank rather comfortable back into it like an overstuffed beanbag chair, and it was kind of nice there and not very easy to get out of. 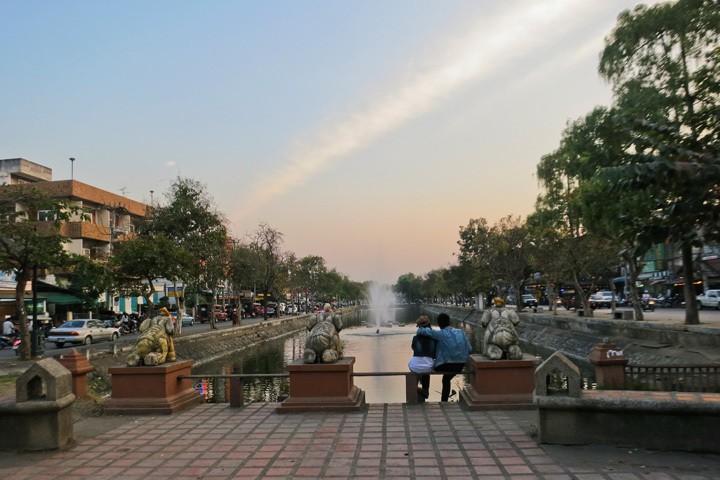 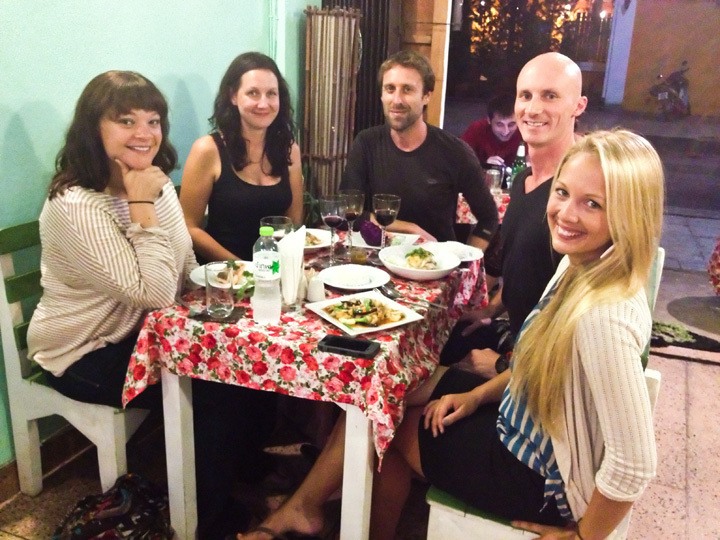 I stopped over in Chiang Mai for practical reasons — I had an assignment for Hostelworld, and it was halfway between Chiang Rai and my next destination of Pai. But I was also fairly behind on freelancing work and in the midst of a not-unwelcome productive streak. I fell quickly into a routine of yoga or a run around the moat in the morning followed by lunch at Smoothie Garden, which was overpriced but delicious and the owners didn’t seem to mind when I sat for six hours straight working off the WiFi. Dinner found me at a cheap local street cart or meeting up with a fantastic crew I clicked into immediately. This group of travelers and bloggers were probably the largest part of my inertia when it came to finally leaving — Diana, Lindsay, Matt, Torre and Ivan and more were the loveliest insta-friends a girl could ask for. Sometimes, we even went for a drink or two and listened to Thai reggae bands play, er, creative renditions of Nosa Nosa. One night, a drunk guy pointed wildly at me. “You’re the girl who sits all day at Smoothie Garden!” I realized I was on my way to becoming a local.

It was really quite lovely. 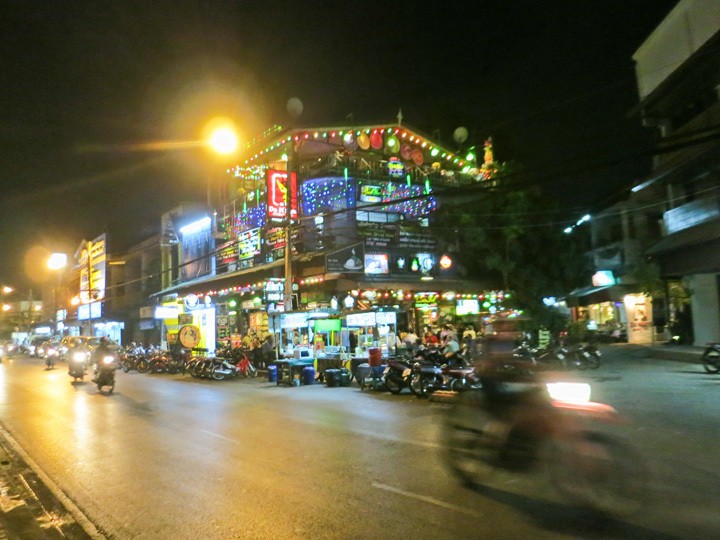 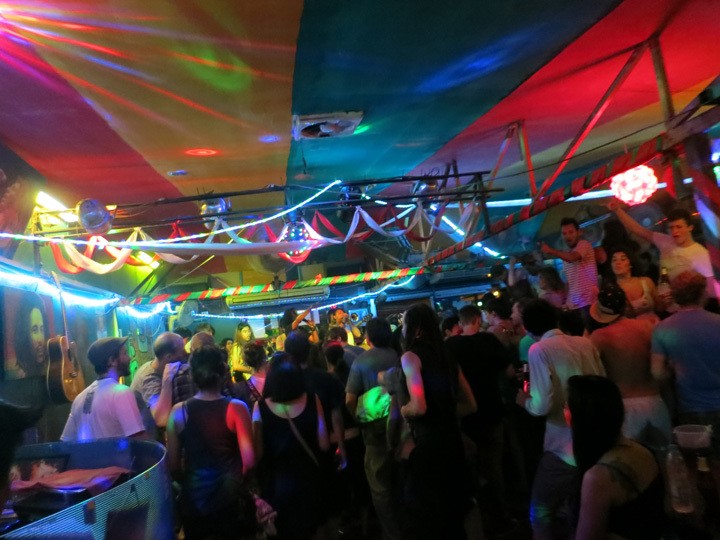 After my last very public and raw breakup, I realized I was going to have to be fairly thoughtful about how I navigated the delicate balance between being a compulsive over-sharer, protecting myself, and respecting the privacy of others while dating on the road. I’m not really sure I have the answers to all that yet, but I’m also pretty sure I can’t just put up a month’s worth of posts including some guy with a mohawk and pretend like it was some random person who kept following me and photo-bombing me for like, five weeks straight.

So for now, you can just call him Mohawk Man. 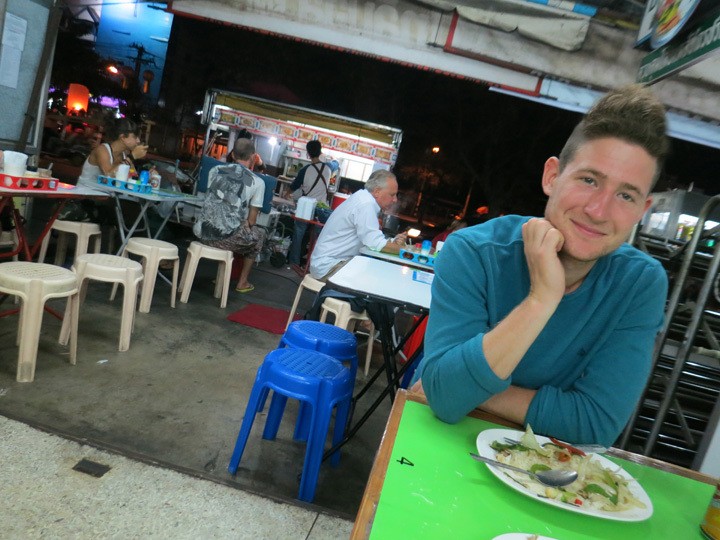 MM at my favorite food cart in Chiang Mai

What is it that I’m missing about Chiang Mai?

Can An Eco-Friendly Songkran Be Sustainable?

Photo of the Week 91 — In Memory Thai Massage Monday
31 Comments...