On the Tourist Trail in Chiang Mai

Pssst! I did in interview last week over at Inside the Travel Lab about what it’s like to work as an underwater videographer. Check it out!

I was very lucky that my solo travels throughout Thailand and Laos were actually not completely solo — my time alone was punctuated by much-welcomed meet ups with different groups of friends. First on that list were my pals Wim and Dave, who I met two years ago when Mark and I were living in The Cayman Islands. Mark and Dave worked at the same dive company and Wim and I quickly become close friends and yoga buddies. We’ve stayed in close and touch and when the cute couple decided to get married and pre-moon in Southeast Asia, it was a given that we would all meet up. 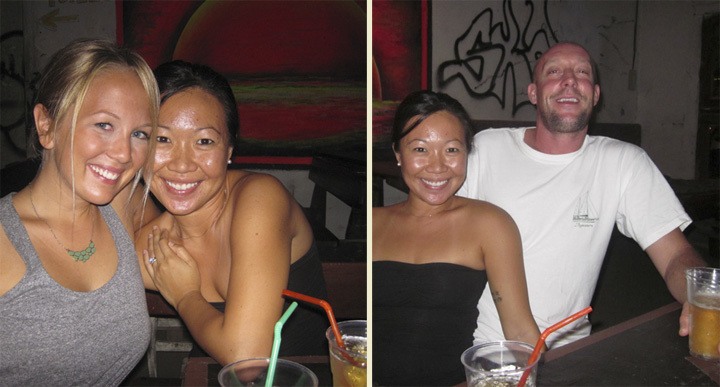 Of course the plans changed and I ended up heading up to Chiang Mai by myself to meet the soonly-weds. I mean, as a good friend I simply could not deny these two the opportunity to spend part of their romantic getaway with a freshly-single heartbroken chick, am I right? All jokes aside, I was really craving some familiar faces as well as the simple happiness and the warm wisdom that these two lovely people exude. 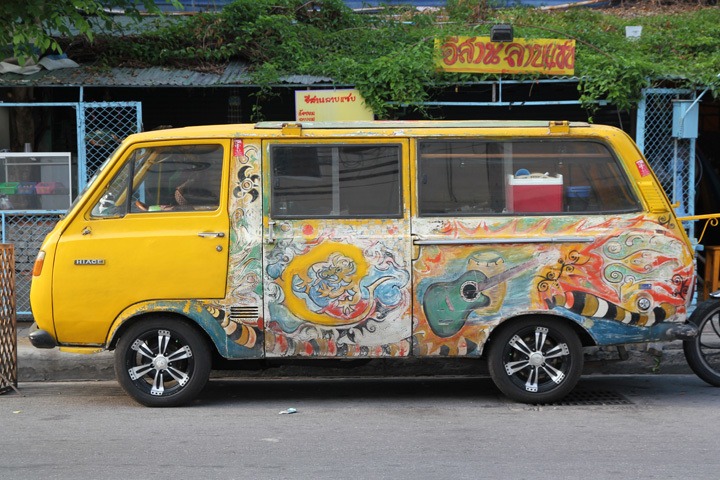 We had about five days together in Chiang Mai, the beloved unofficial capital of Northern Thailand. Honestly I didn’t really connect with this city, which captivates so many travelers. I heard someone describe it as the Boston to Bangkok’s New York, which I nodded along to as both Bangkok and NYC really make my heart flutter, and Boston and Chiang Mai don’t elicit much more than a blink.

Luckily in this case it wasn’t so much about the destination as it was about the company. Some days we did nothing but sit in the steaming heat and chat over drinks. Then other days we would scramble to make up for it, ticking off sights one after another. We did the typical Chiang Mai stuff: We ate dinner from food carts on the street, we checked out the night market. We went to a Muay Thai fight which was so fake and bad we left early, we went for Thai massages which were so cheap and good we stayed for seconds (Thaphae Boxing Stadium and C&R massage, in case you were wondering). 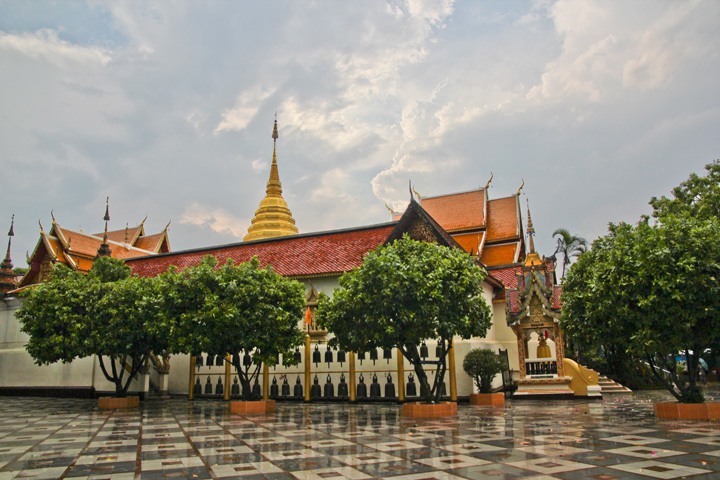 We visited Wat Phrathat Doi Suthep, a mountain temple and pinnacle of Chiang Mai sightseeing. It was quite beautiful but had kind of a circus atmosphere to it. Vendors selling street-food and tacky souvenirs lined the 300 steps up the hill to the base of the temple, and cameras outnumbered offerings. 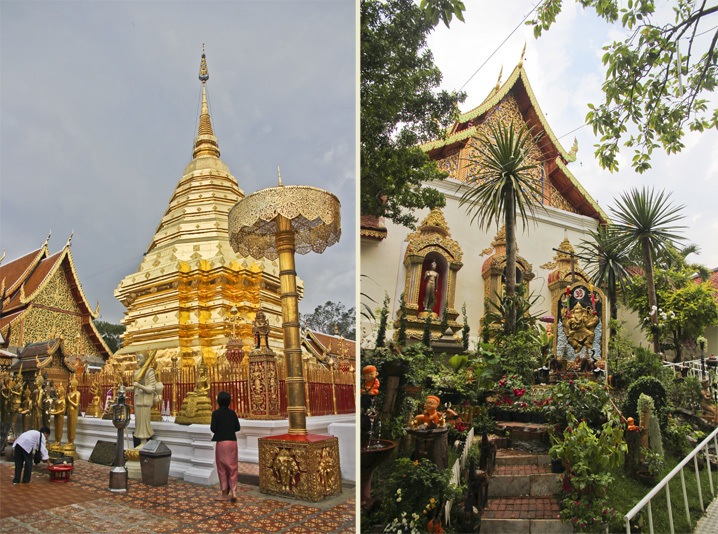 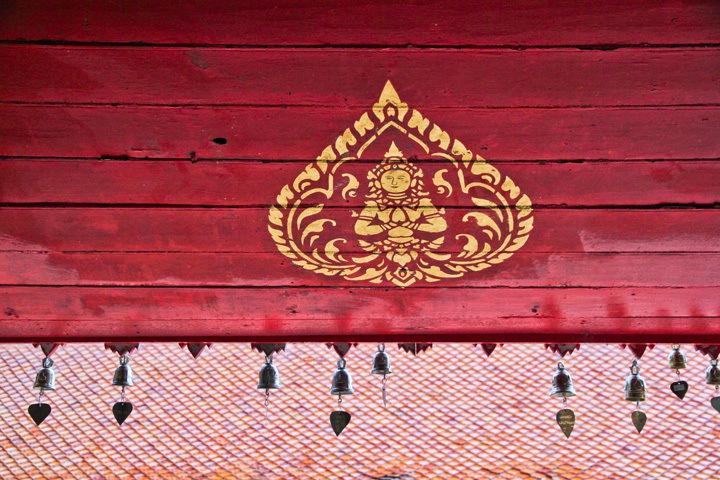 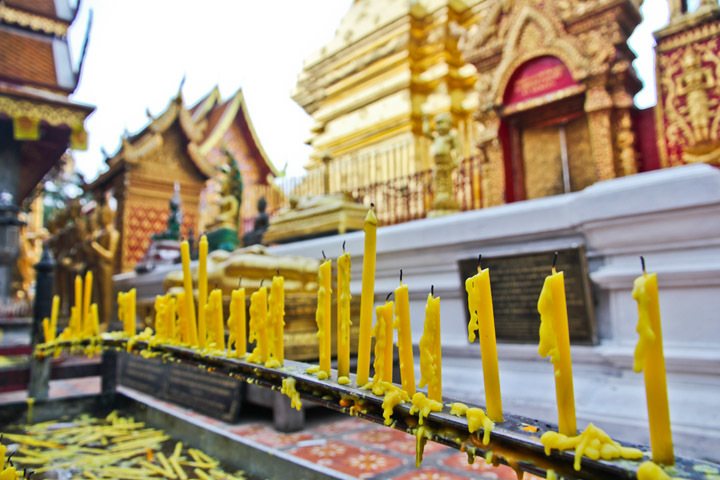 Still, its just one of those things you’ve got to see once. The weather was really bizarre on the day we visited so sadly we didn’t get to see the famous view of the city. (It stormed and hailed amidst of a week of 100°F temperatures. Seriously). 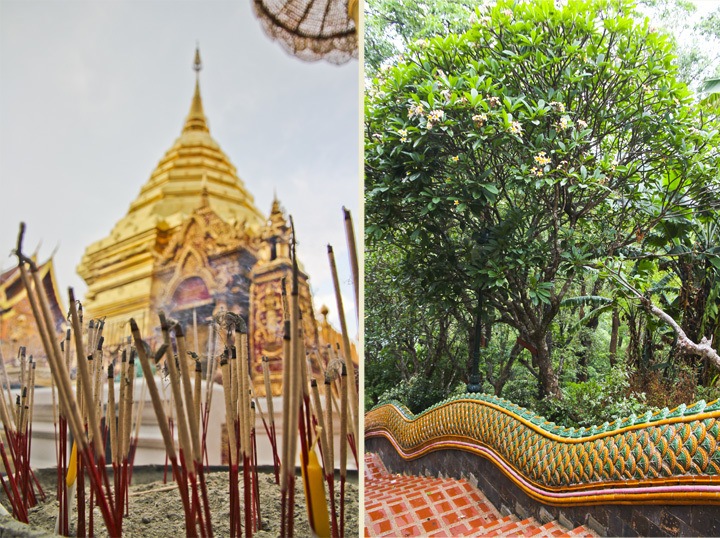 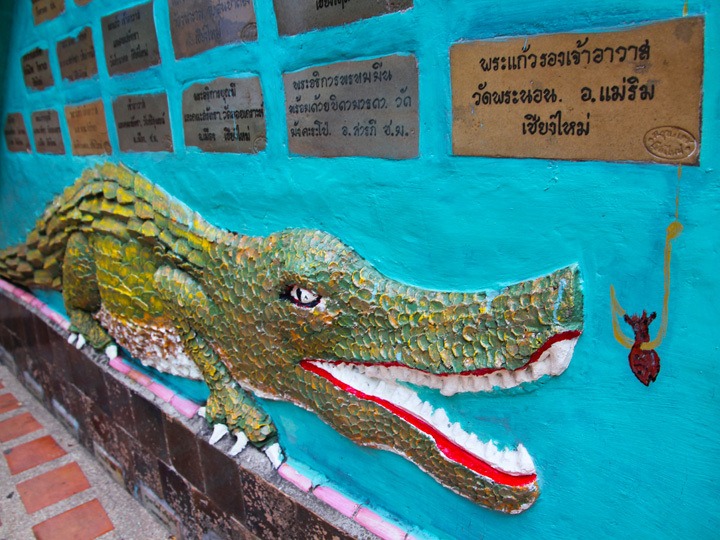 We also took the time to visit an equally renown and prestigious sight, The Museum of World Insects and Natural Wonders. Just on the off chance that my sarcasm is not dripping through your computer screen, let me be clear: this is not in actuality a renown or prestigious sight. It is, however, equal parts bizarre, hilarious, and confounding. 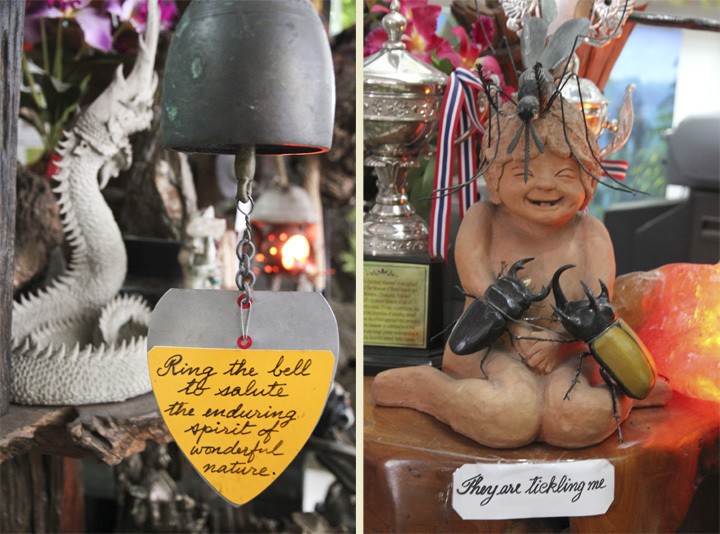 The place is run by one of the most eccentric characters I have ever had the pleasure of meeting, a man who has dedicated his life to the twin crafts of mosquito research and hilarious signage-making. 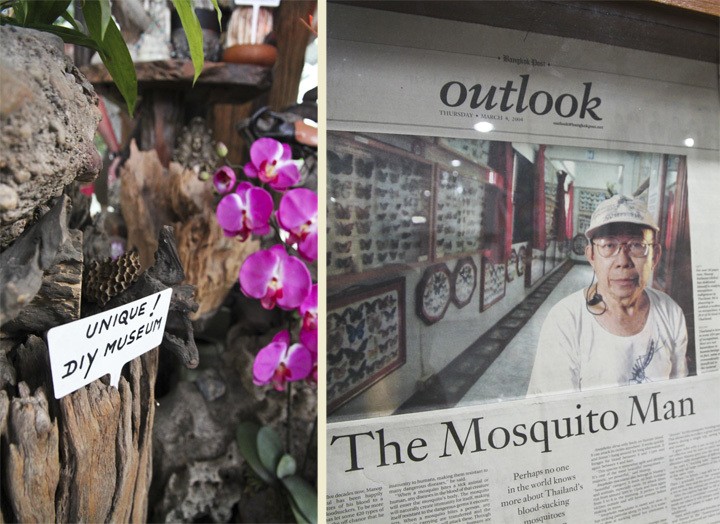 One such banner was displayed proudly over the door:

“The insects can make you feel fine.
Also they can make you cry.
This museum displays the thousand insects of Thailand.
Get to know them.
You will understand.” 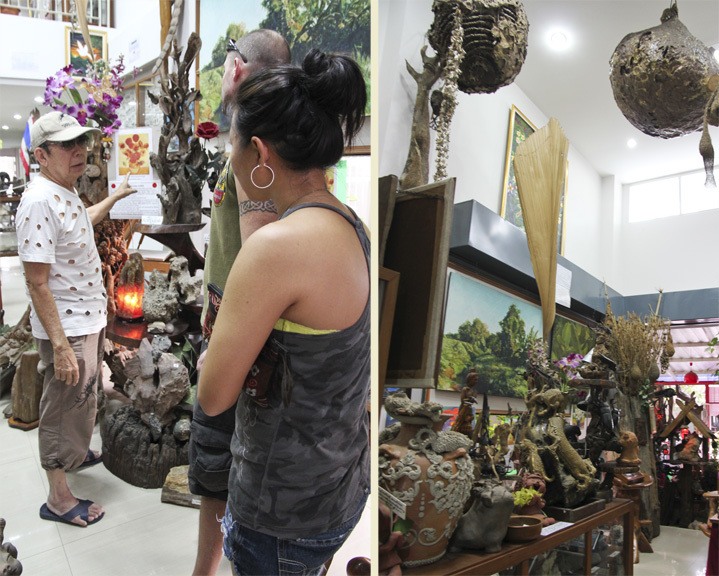 On the more depressing side of tourism, we were suckered into visiting the Mae Sa Snake Farm by our tuk tuk driver in a classic rookie mistep. I have to admit the snake charmer show was actually pretty fascinating and amusing, but the attached zoo is really heartbreaking. The animals are kept in miniscule, decrepit cages and do not appear well looked after. The only picture I could bare to take outside the show was of this wild blue iguana, running around the grounds and taunting the other animals. 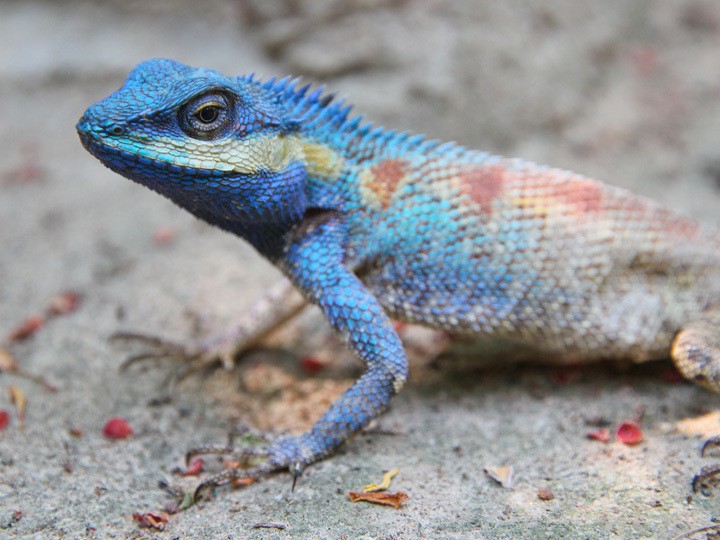 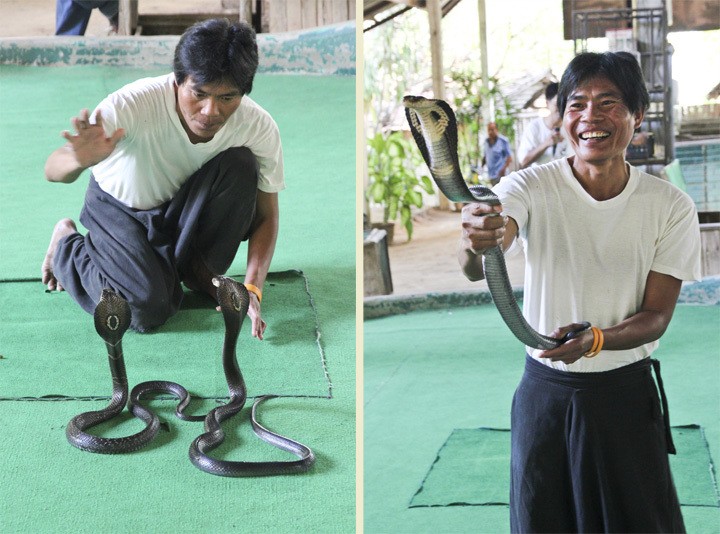 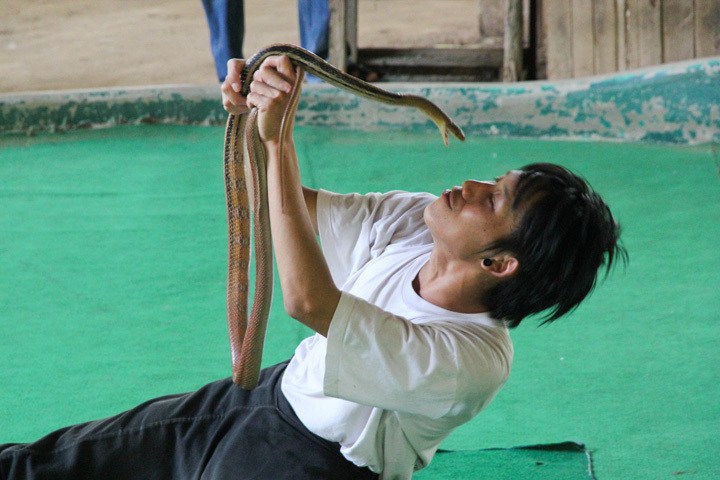 Aside from these little jaunts we did two major activities in Chiang Mai, one involving strapping ourselves to harnesses and jumping off platforms hundreds of feet off the ground, and the other involving walking into tiger cages. For more on those you’ll have to tune in throughout the week, but I’ll at least admit this: It was a pretty productive few days.

I might not have loved Chiang Mai but I for those few days I would have been happy anywhere; laughing, chatting away and picking up right where we all left off. A big fat thank you to Wim and Dave for being such great friends and lovely people. Stay tuned!

Photo of the Week 28

Yi Peng: A Festival of Light and Love

Photo of the Week 55 That Time with the Tigers in Chiang Mai
28 Comments...