Bahamas Day 3: Fish Above and Below the Surface

In addition to the usual tasks of driving and crewing the boat, Mark’s daily duties include filling the 22 tanks for each of the four or so dives a day… 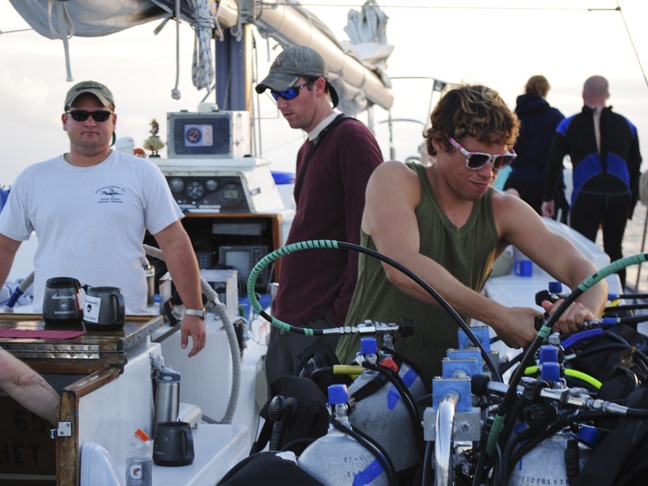 mapping the divesite and briefing the customers on them… 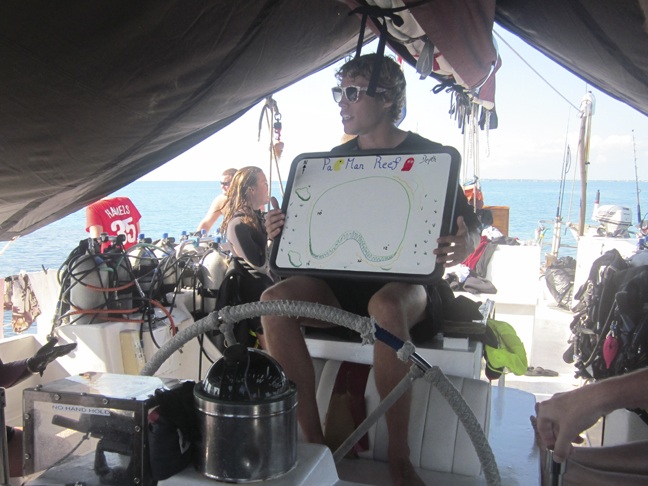 …and attaching shark bait to the bottom of the ocean floor. But we’ll talk about that last one later. I, on the other hand, have spent the vast majority of time outside my leisurely camera dives doing this: 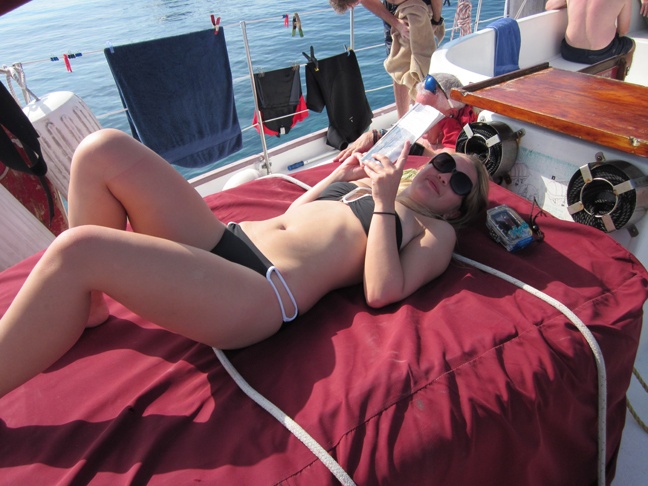 If you captioned this photo “posing in an unflattering position and using one’s underwater camera as a pillow” you are forgiven. However, I was going more for “reading in my favorite position on the boat.” While the lifeboats under that red canvas were quite hard, it was still a sought-after commodity and once I nabbed it I tried not to move too often. You know what they say, location, location, location: 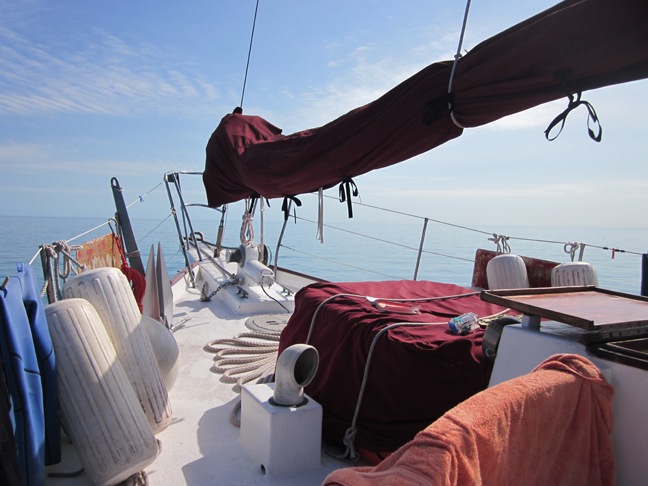 And then it was time to get in the water. These were my last dives before the new year, and what a year its been for me and the underwater world. I’ve dove in The Bahamas, the Honduran Bay Islands, and the Cayman Islands, as well as taking my first underwater photos and video footage. Can’t wait to see what 2011 brings for diving!

I was super excited about this dive as it was the first wall dive of the trip. And I LOVE wall dives. Swimming over the edge of an underwater cliff, free-falling in infinite space… It’s the adrenaline of jumping off a cliff, without all the death-y repercussions. However I wasn’t blown away by this site. I was starting to get a bit discouraged that Bahamas diving couldn’t stack up to what I have been so lucky to see in the past. 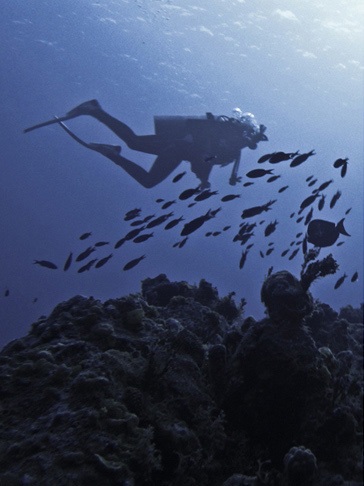 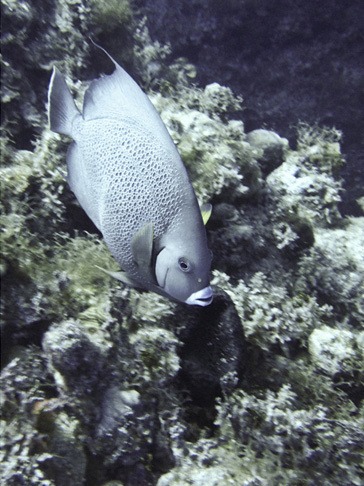 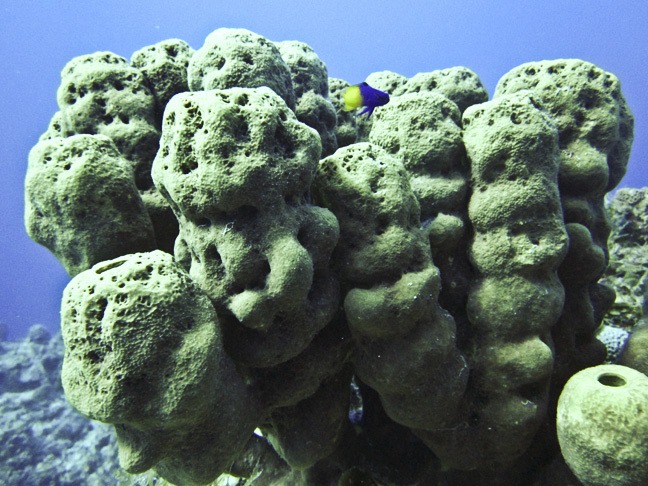 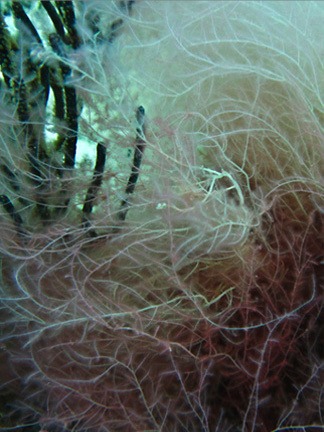 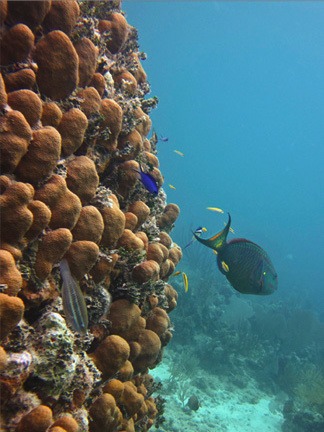 Um, yeah. That disappointment I was feeling after dive number three? It was about to become a thing of the past. 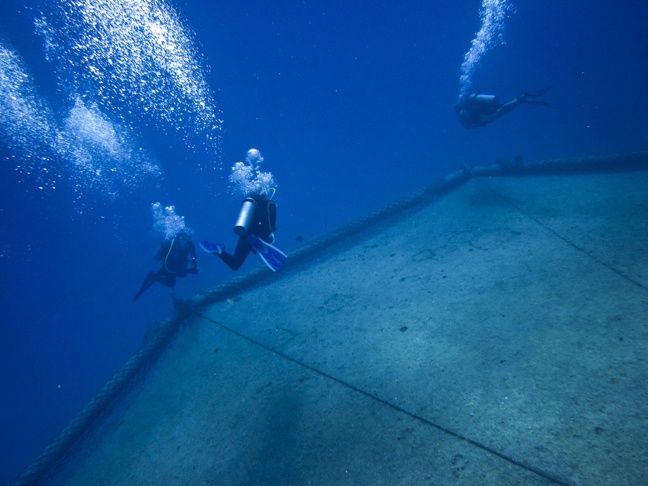 I was considering sitting this dive out but after hearing there is a spaceship in the water I start listening to the briefing a bit more closely. As I reluctantly suit up I learn the “spaceship” is actually a massive netted cage going down 85’ shaped like a UFO, used by researchers to breed and study cobia fish. As I’m standing on the edge of the boat in full gear I hear the captain saying the cage is currently abandoned because bull sharks keep ripping open the netting, releasing all the fish! As I open my mouth to voice my concerns my dive buddy hits the water with a splash and it’s too late. 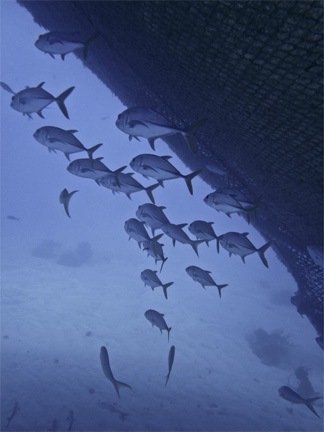 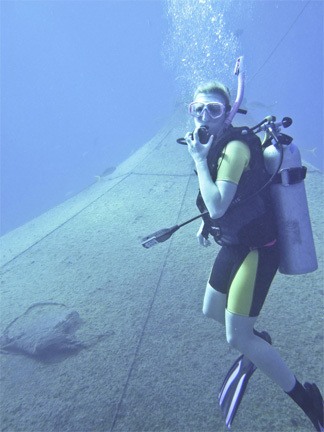 Immediately I’m so glad I did. While with the visibility its hard to get a photo showing how massive this structure was, you can get a feel for the size and shape in the photos above. And with one eye out for bull sharks and one eye on the cage, I was able to spot tons of life, from the inch long  fire worm on the left to the massive bumphead parrotfish on the right. 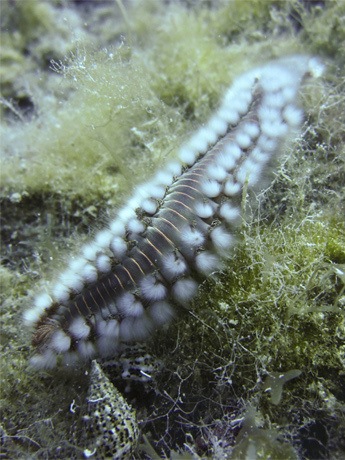 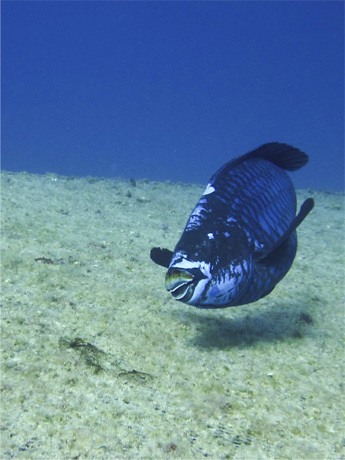 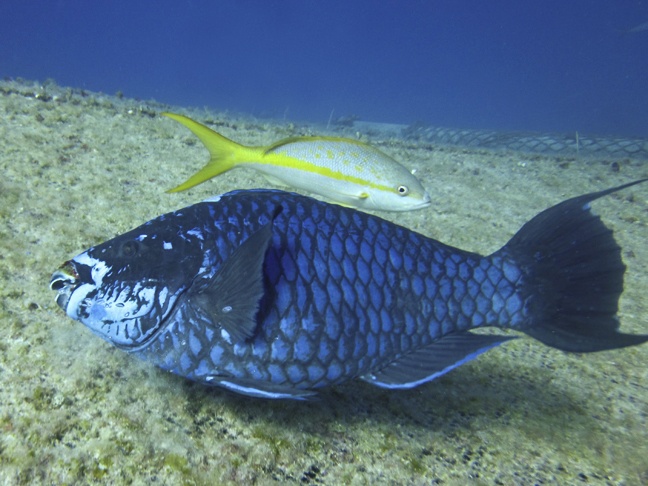 It was an amazing dive. Everywhere I looked there was something going on. Just swimming out from the cage to a coral head, I looked up and there was this teeny tiny crab floating through open water. He was about as big as my fingertip and such an amazing find. 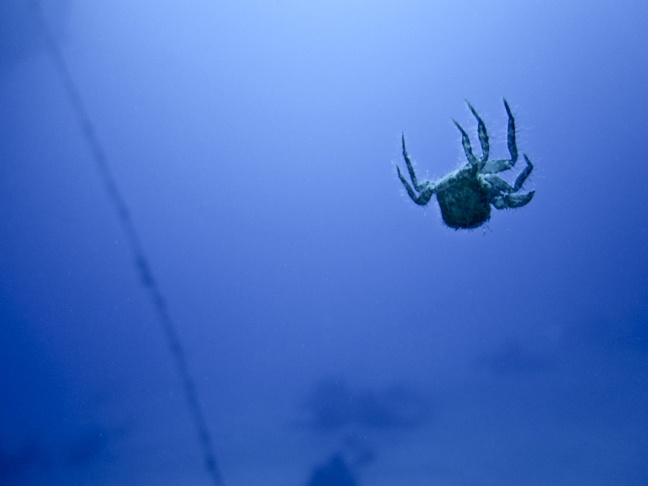 I’m happy to report it was a bull shark free dive and I had thus survived four dives in the Bahamas without so much as a fin sighting. This last sight was the perfect sight to end 2010 on, and to get excited about our remaining days at sea!

Back on the boat I returned to my lifeboat location and stayed in that exact spot for hours dozing between sleeping and reading until I heard a grand commotion at the back of the boat. Sniffing a kodak moment, I grabbed my camera and ran back to find out what all the fuss what about.

So I’ll just preface this by saying I think dead stuff is pretty gross. I would think that was a pretty universal statement if not for the international popularity of fishing and hunting as hobbies. Pretty much every person on the boat, barring myself, was giddy with excitement watching this massive barracuda get reeled in, giving a good fight on the way down. I was torn between my obsessive compulsive need to document my life and my fish scent gag reflex, so I compromised by snapping photos sideways while backing away and throwing up slightly in my mouth. I literally could not to watch as Mark took out a hammer and committed…. fish murder! Though he might defend it as assisted suicide for an attack victim. 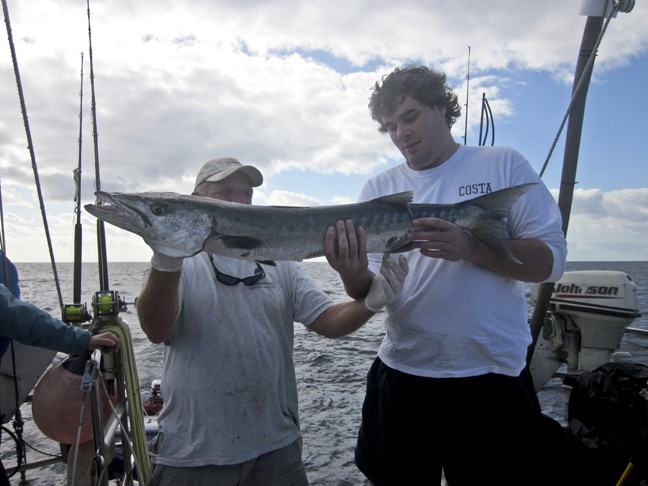 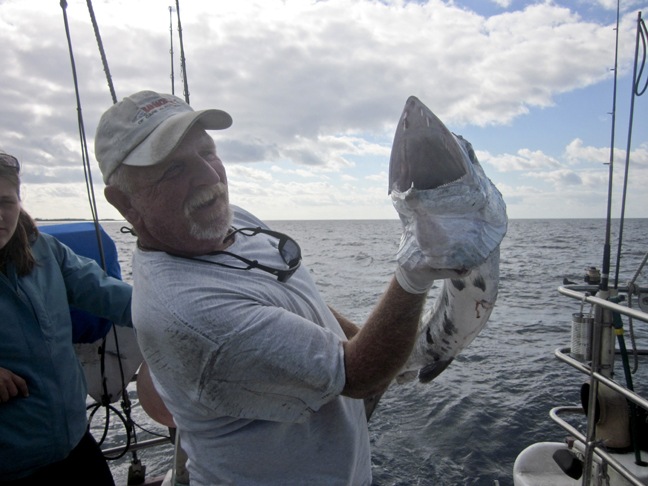 Lucky for me the fishing adventures were coming to a close as we were heading into dock for a raucous New Year’s Eve on a quiet island in the middle of the Bahamas. I can think of one New Year’s resolution right off the top of my head: No more fishing.

Diving Where Few Women Have Dived Before: Scuba Diving in the Dead Sea

From High Heels to Flip Flops: New Year’s Eve in the Bahamas