From High Heels to Flip Flops: New Year’s Eve in the Bahamas

After two nights at sea, we reach the island of Eleuthera and dock at the Cape Eleuthera Harbour Club.  Eleuthera is a skinny, 110 mile long island with one highway running  from the southern tip to the infamous celebrity hideaway Harbour Island to the North. Still, even in the island’s southern Powell Point where we pull in, the appearance and atmosphere of the Harbour Club and the crowd residing in it is what I will dub “relaxed luxury,” a very Nantucket or Martha’s Vineyard kind of vibe.

We kind of stick out. 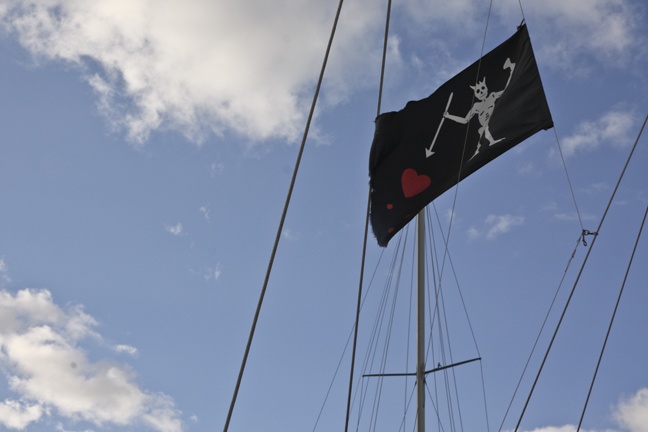 When I first considered dates to come to the Bahamas I almost immediately ruled out New Year’s Eve, a holiday I consider synonymous with stilettos and a little black dress (an outfit which would be a tad out of place on a small island in the outer Bahamas.) However, the more I thought about it the more I realized, New Year’s Eve is just not one of my best holidays. For every year I remember having a great time, theres another year I remember being disappointed and frustrated that despite high expectations and prices, nothing lived up to the hype. So rather than try to claw my way in to the best party in New York City I decided to throw the fight, hang up those high heels and grab my flip flops instead. 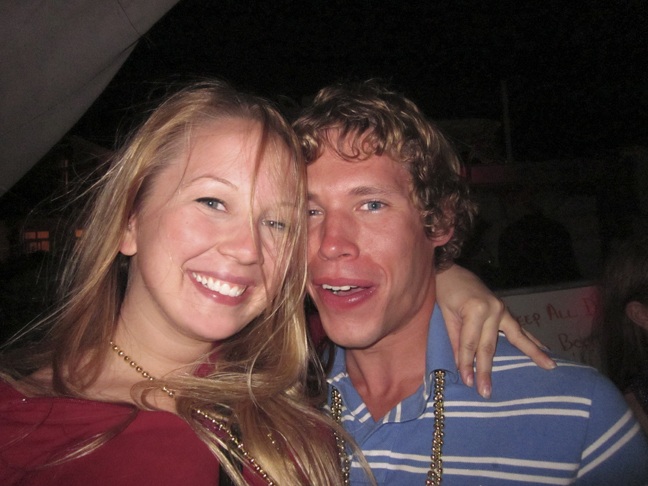 And it was a great move. Rather than spending the days leading up to the new year fretting about designated drivers and crash dieting (Ha. Just kidding. I never diet. But it sounded good) I got to spend those days peacefully at sea, reflecting on the year behind me, dreaming about the year ahead, and meeting some great people that I would ring in that new year with.

A new year. I struggled with a resolution with this year that seems to hold so many inevitable changes already. Career and education wise I want to finish school with a bang and customize a new design for this site and really bring it to the next level. In my personal life I settled on something generic but sincere: I want to be kinder, slower to judgment and more forgiving of those closest to me. 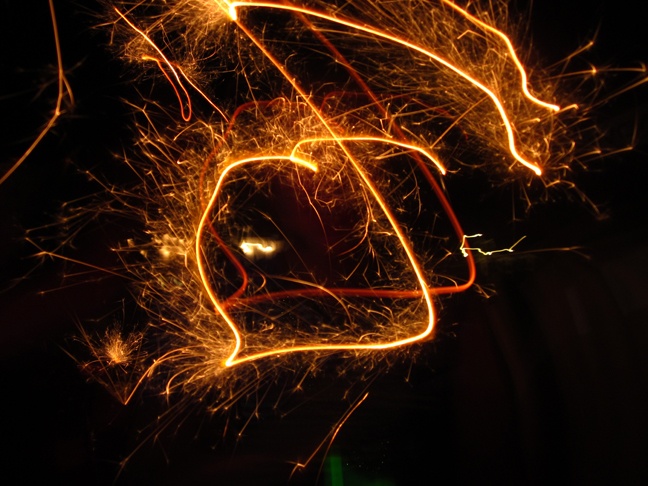 I told Mark my resolutions while we sat on the beach and it felt good to say them out loud. Soon we gravitated over to the massive bonfire underway, and as the sky turned dark it felt like a celebration. Fireworks were shot off, champagne was passed around in bottles and groups that had met days before chatted like old friends. When we started craving music we headed back to the boat, decorated chicly with glowsticks and a mini disco ball. We didn’t have a TV or a radio so we estimated the countdown using a rough average from cell phone clocks. 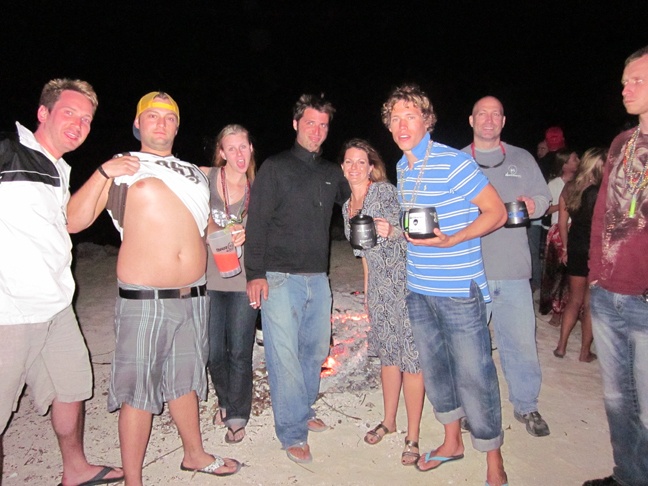 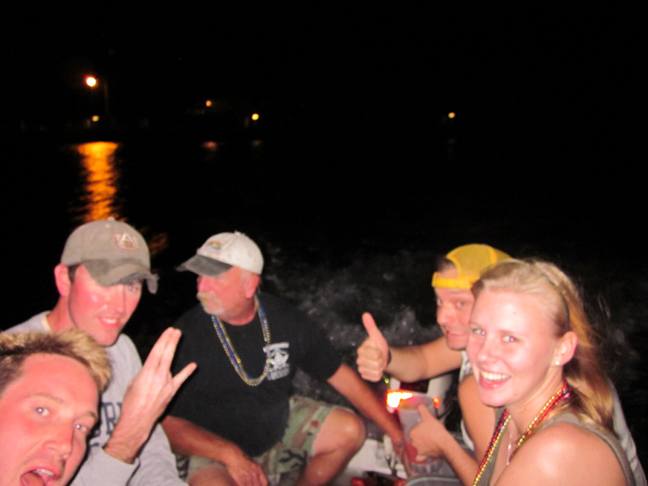 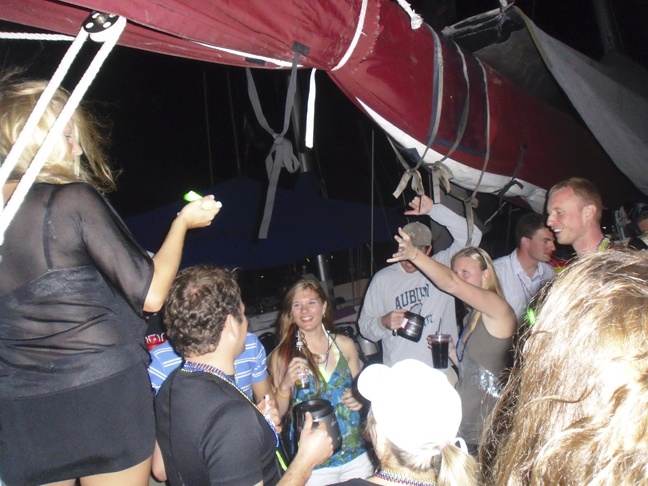 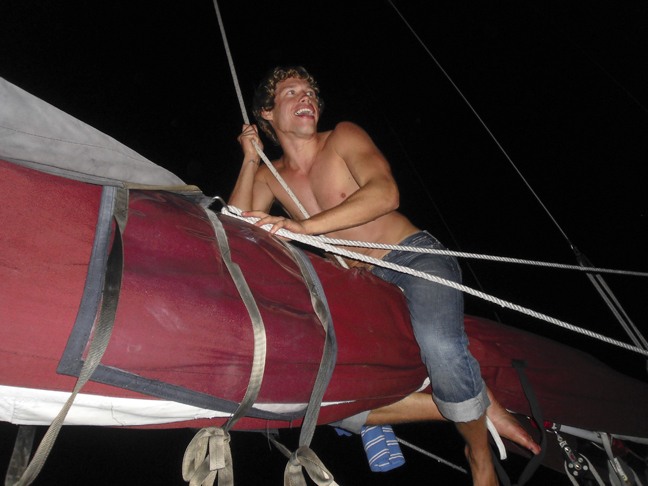 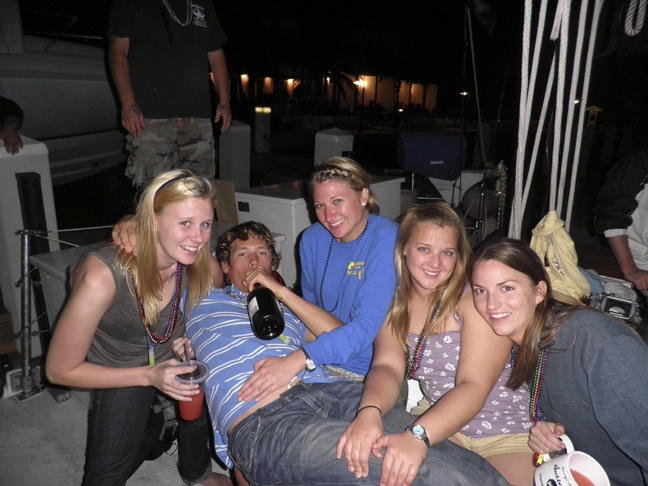 It was a new year. I felt the ocean air, I was surrounded by good people, and my feet didn’t hurt a bit. I think I found a new kind of New Year’s.

A Walking Tour of Nassau, Bahamas

Bahamas Day 3: Fish Above and Below the Surface Bahamas Day 4: An Education at the Island School
5 Comments...