Have you heard of canyoning? It’s more than just a way to embarrass yourself in a wetsuit. Though that is one aspect. 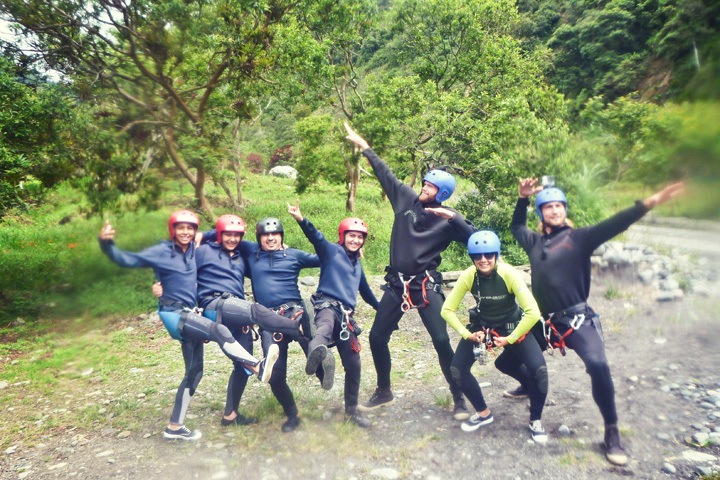 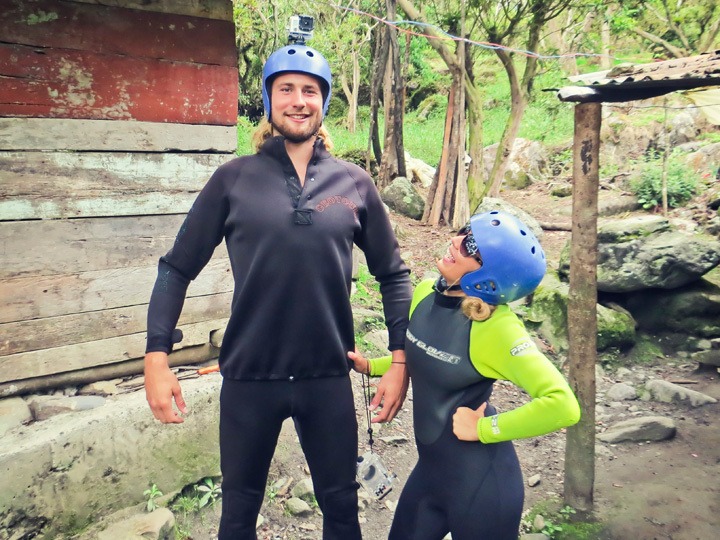 Officially — and by officially I am obviously referring to the word’s Wikipedia definition — canyoning is “traveling in canyons using a variety of techniques that may include other outdoor activities such as walking, scrambling, climbing, jumping, abseiling, and/or swimming.”

I had heard of canyoning once before, when I signed up to do in Dalat, Vietnam. That trip was cancelled due to low water temps — a business decision I strongly supported. And then I kind of forgot it existed, until I arrived in Ecuador (and, coincidentally, this month I also did an Earning Abroad interview with a canyoning guide!) With tours starting at just $25, I couldn’t pass up the chance to try it. 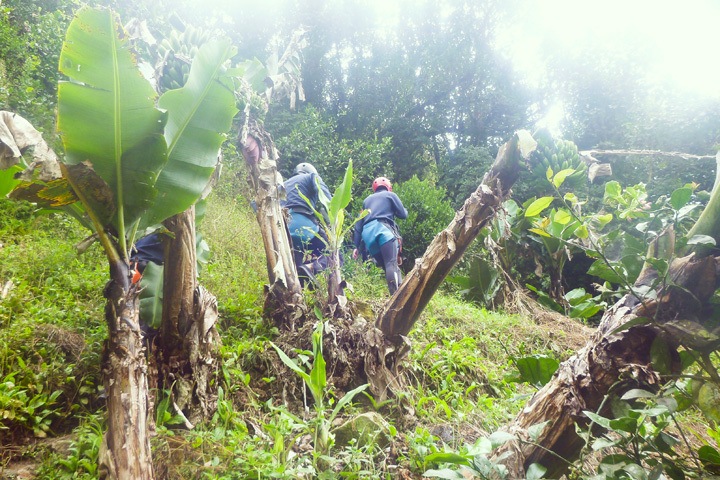 After driving into the Baños countryside, we donned our gear and set off on foot to reach the top of the canyon. Now, no one had warned me about this bit, and that’s probably a good thing — I don’t know how I would have felt about a straight, sweaty twenty-minute ascent wearing a wetsuit and steel carabiner-laden harness. But finally, we made it to the top. And then the descending began. 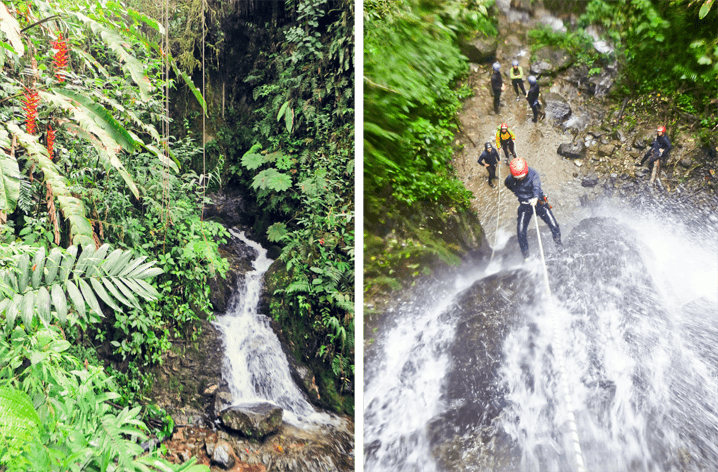 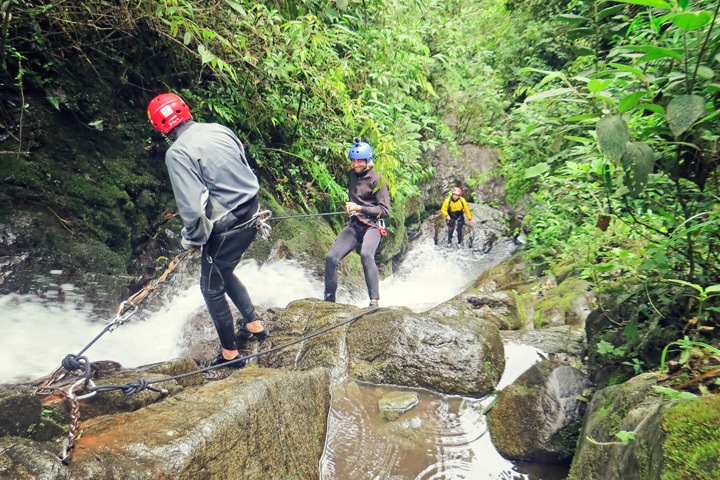 Considering how easily I took to rock climbing, I was kind of shocked by how difficult canyoning was. And I think the main issue was my eyeballs. Hear me out — I wear contacts, and so every single droplet of water in my eye basically temporarily blinds me. So I was constantly trying to wipe my eyes, listen to the guide’s instructions over the barreling waterfalls, and oh right, descend down a slippery rockface without losing my footing and slamming my skull into a boulder. It was so much fun. 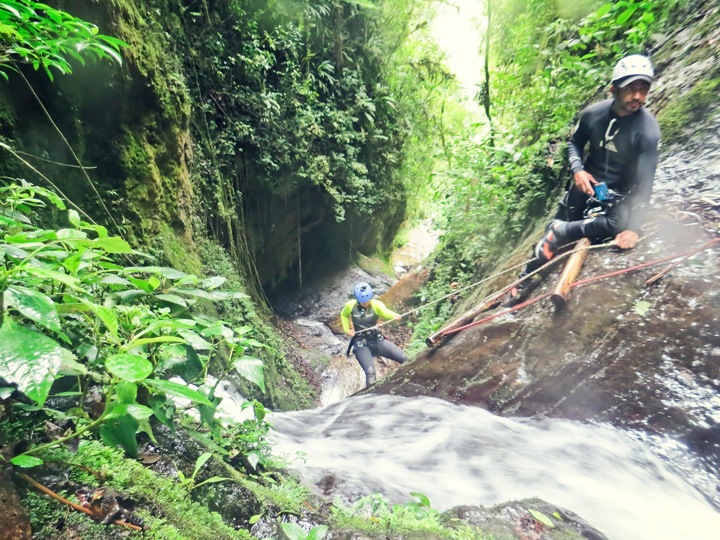 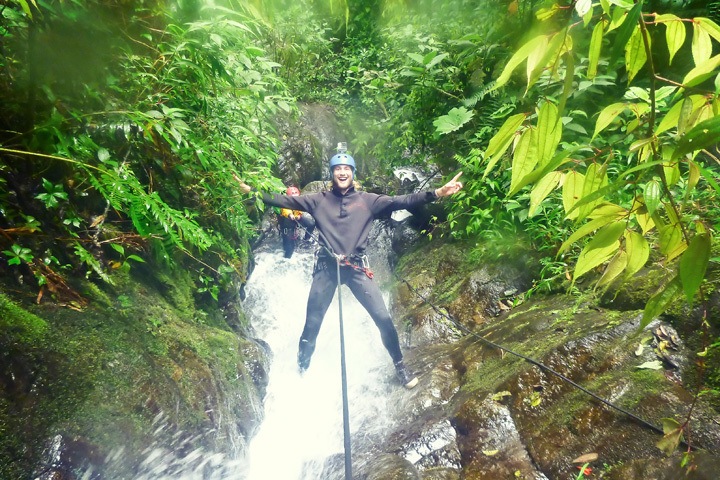 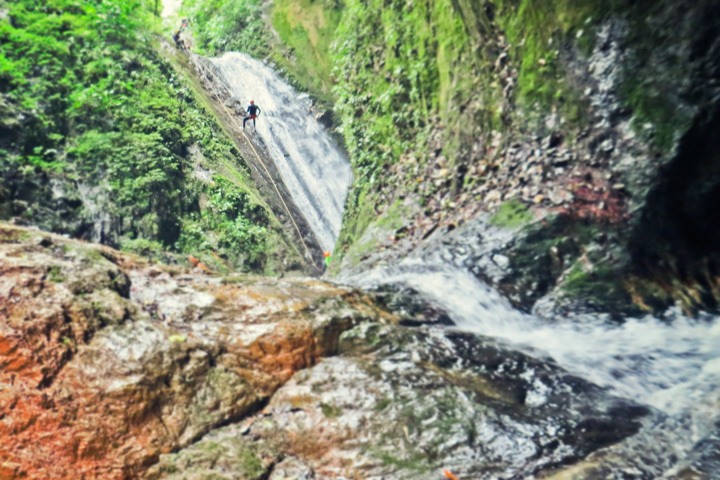 There were five waterfalls in all. Three we rappelled down, which was by far the most challenging aspect. One we kind of ziplined down, which was by far the most fun. And one we slid down on our butts, which was the most demoralizing. Just kidding — that was fun too. We were still attached to a line and at one little natural “pool” along the way, the guide would keep pulling us back into the pool over and over, to the joy of all those watching below. Finally he’d let you go and slide on, once you were gasping for air you were laughing so hard. 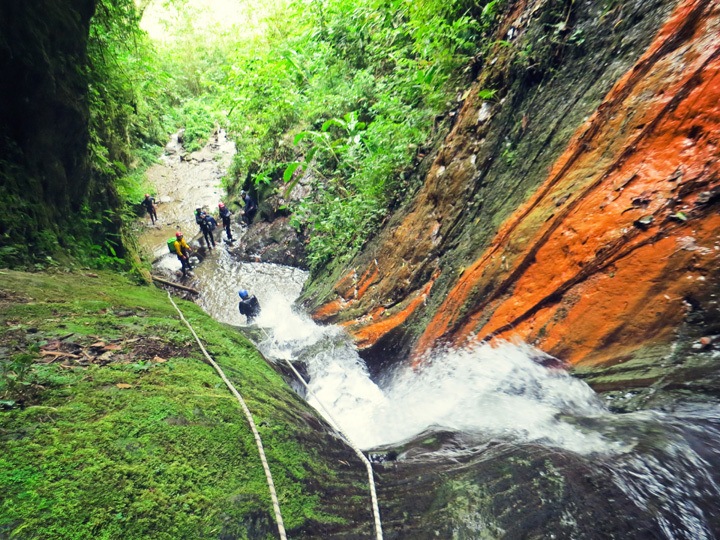 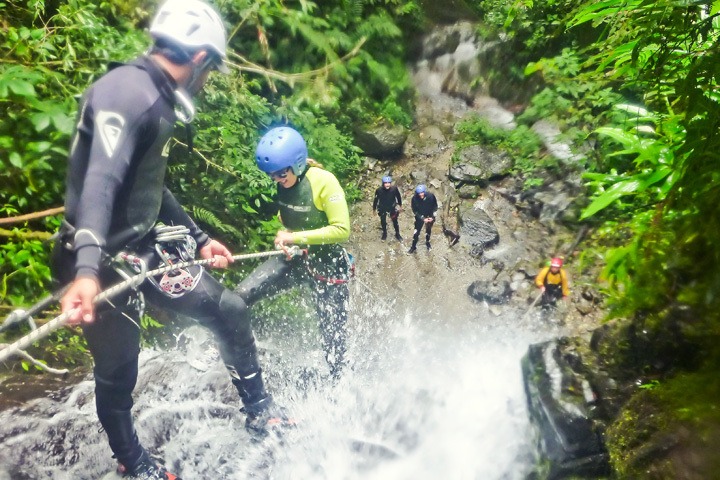 We absolutely loved the company we signed up with, Geotours. They were a bit pricier than other companies at $30 per person (instead of $25) but it was well worth the upgrade. The guides were top-notch and they took photos for us along the way with their underwater camera. They were also super sweet — we asked about being dropped off at a zipline on the way back into Baños and then just catching a cab back and they said it was no problem, they would just wait for us. While we ended up passing due to rain, I thought that was really kind of them to offer. When we first arrived in town, we had been bummed to hear full day tours were not available due to low water levels. After doing the half day tour, I can say with confidence a full day would have been way too much. As much fun as I had, by the time we were done I was freezing and more than ready to peel that wetsuit off. 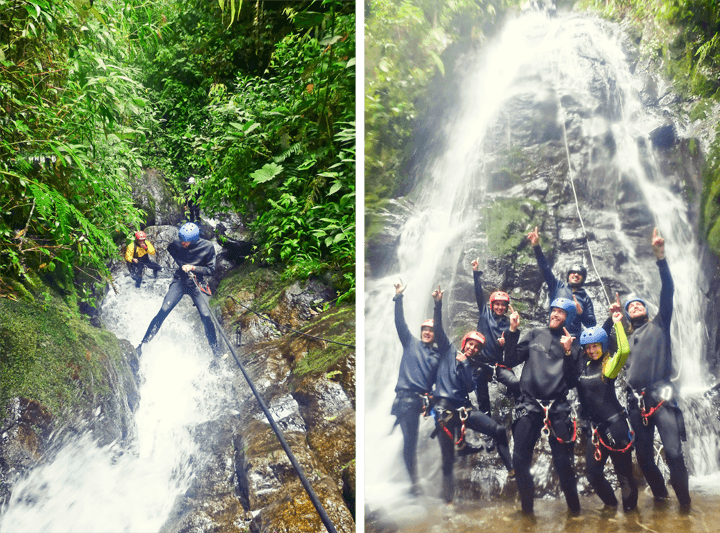 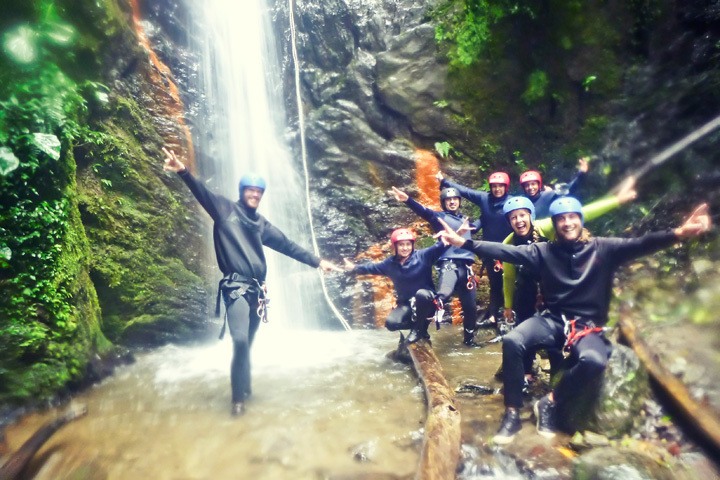 I really can’t recommend going canyoning in Baños more highly. Stay tuned for more of the activities we tried out in Ecuador’s adventure sport playground!

Have you ever been canyoning? Where did you try it?

Note: Geotours did not pay or perk me in any way for this post. I simply loved being their customer and wanted to share my experience with all of you!

Photo of the Week 140 Read the Fine Print: My Credit Card Disaster with Citi
28 Comments...