Blasting through the Bayou

Of course we hadn’t planned it that way. When my sister and I signed up for Viator’s Small-Group Bayou Airboat Ride with Transport from New Orleans, we signed up for Thursday, when we reckoned we’d have had plenty of time to recover from the Mardi Gras madness, and whatever lingering hangovers we had would be healed by the Lousiana sun. 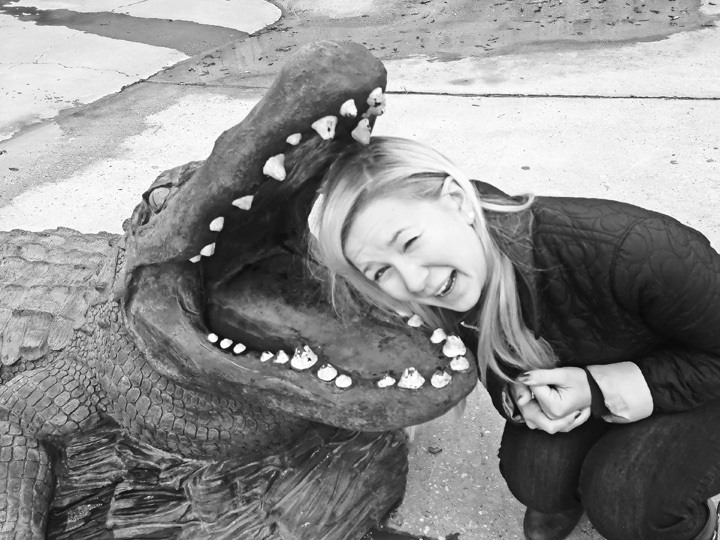 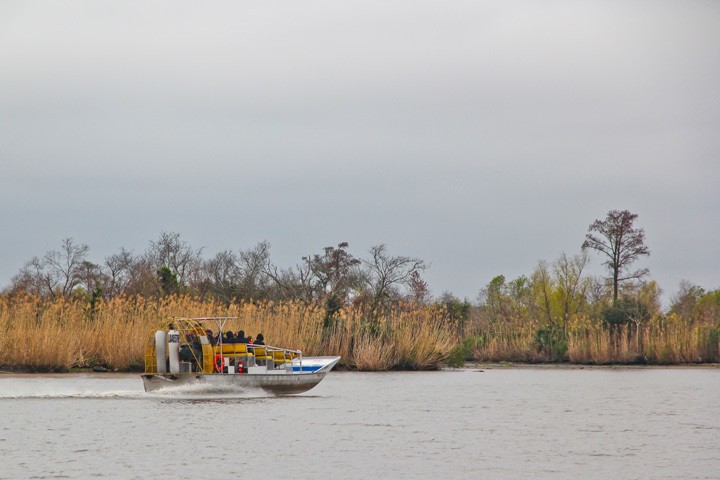 When the company called us on Monday to let us know that our tour had to be bumped to Wednesday, we almost bailed. I mean, Mardi Gras is intense! We weren’t sure we’d be up for an 8am call time the next morning. But in the end we decided to rally, and the tour operator graciously offered to pick us up at my sister’s residence as an apology for the inconvenience.

And actually, considering the party started crazy early and wound down mid-afternoon on Fat Tuesday, the alarm going off on Ash Wednesday wasn’t as painful as we’d imagined. But the biting cold was. The weather in New Orleans in early March was unpredictable — some days we’d been sweating in shorts, and others we were shivering in down jackets. This was a down jacket kind of day. 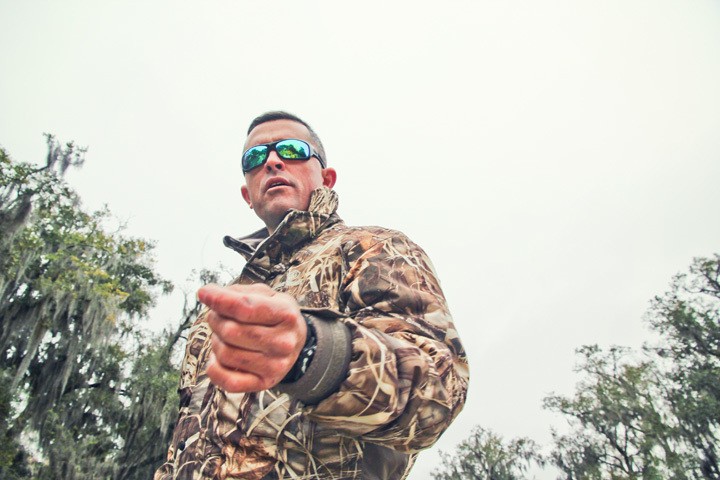 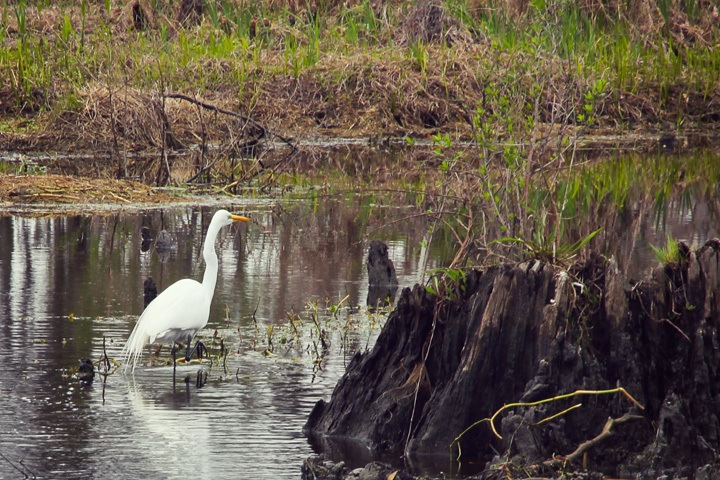 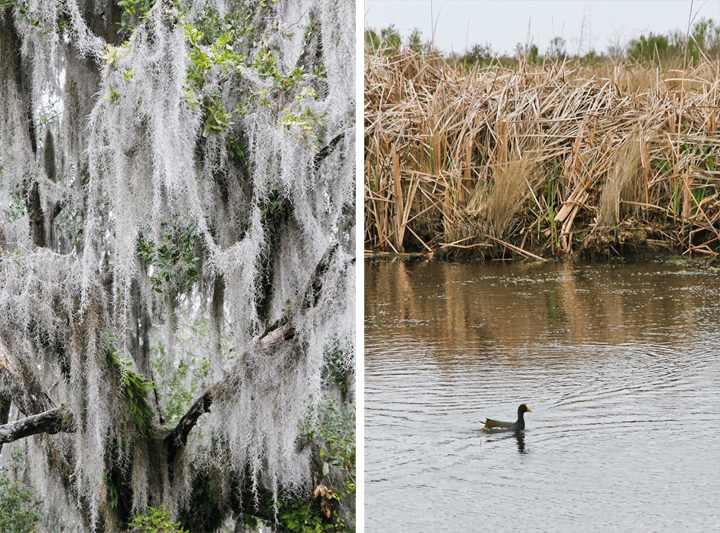 During out hour-long ride out to the swamp, I was enthralled by our driver’s thick Louisiana accent. While his speech was peppered with interesting facts about the history of New Orleans and Cajun culture, I was most interested in his personal stories of his long life in the Big Easy — including surviving the infamous Hurricane Katrina.

When we arrived at the edge of the Bayou, we felt worlds away from New Orleans. While our group of six waited on the docks and tried to coax the sun out of hiding, I happily listened to the casual chatter of the boat drivers. Since Katrina, New Orleans is a city of transplants, and it’s hard to find a local Louisiana accent. Not down in the Bayou. 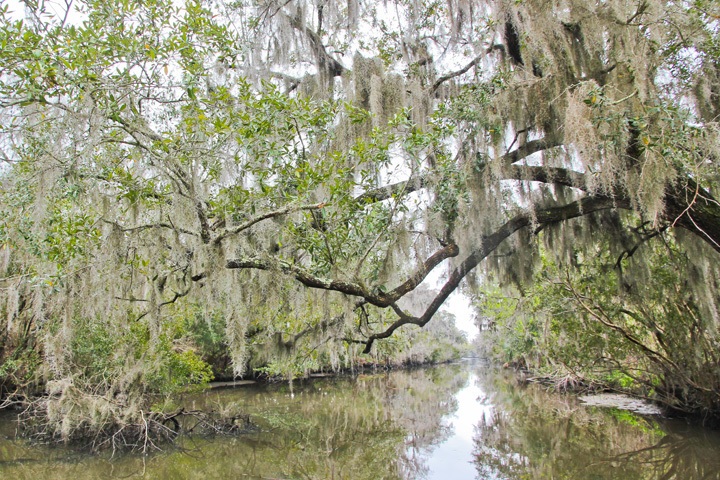 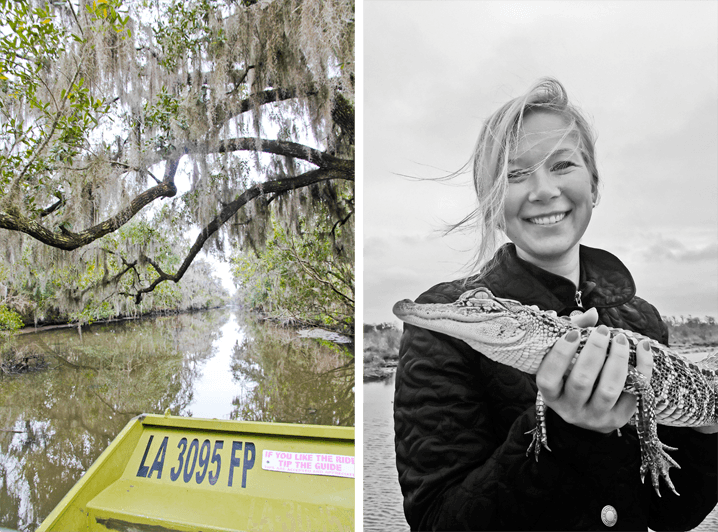 After checking out an albino ‘gator in the visitor’s center — a rare find worth a quarter of a million dollars, our guide explained — we went out to search for swamp-dwelling ones. Donning oversized rain jackets and noise-blocking earphones, we boarded our airboat and zipped off through the murky marshes.

Unfortunately, gators don’t like overcast skies or cold weather any more than I do, and so spottings were not as plentiful as we had hoped. But there were other things to see, from hardy birds to elegant cyprus trees to the Spanish moss that clung to every branch. 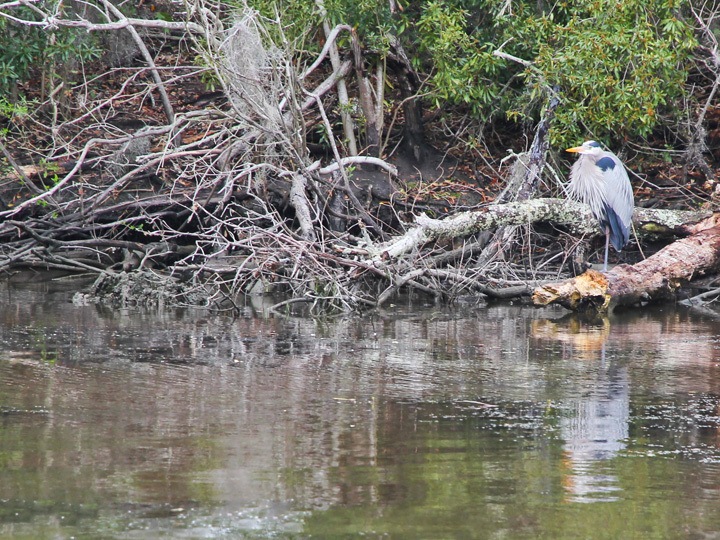 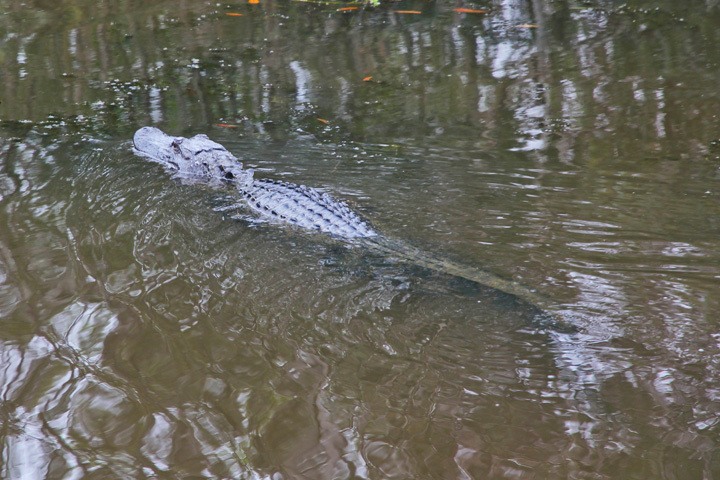 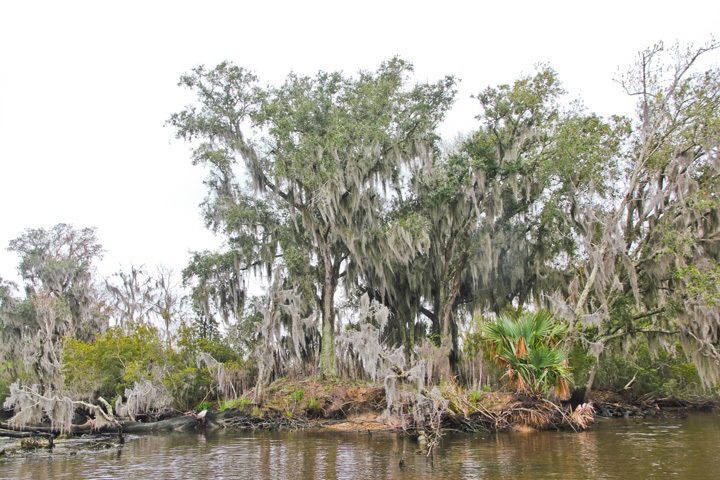 With my camera trained on a duck in the distance, I was startled by the sound of my sister’s scream. Our airboat captain had finally revealed what was in the small cooler sitting at our feet the entire time — a small baby alligator. In that heavy accent that never seemed to get old, he introduced us to his toothy friend, who he had obvious affection for. We each got the chance to hold him, and feeling the surprisingly heavy gator squirm was an adrenaline-boosting highlight.

I was pretty happy to be out of biting distance, however, when the guide starting cackling over an unruly guest who his little friend had taken a chomp out of. “But don’t worry,” he drawled. “That was a bachelor party, and they was getting outta line.” 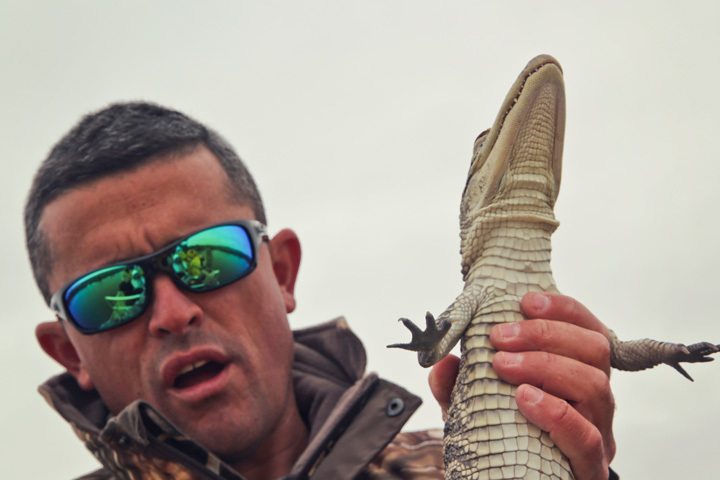 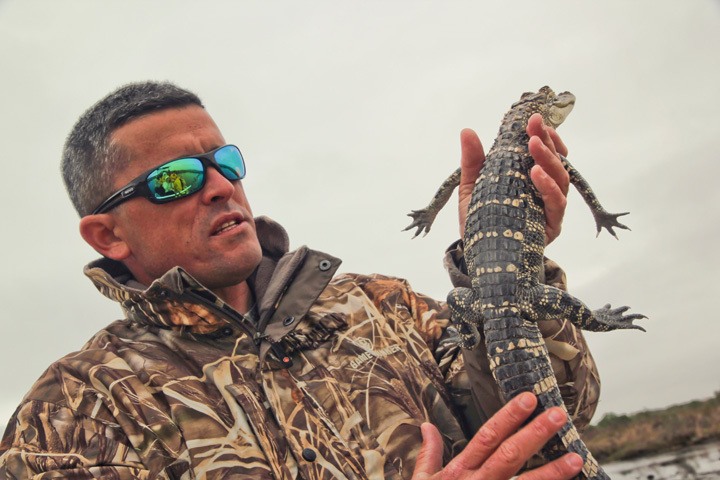 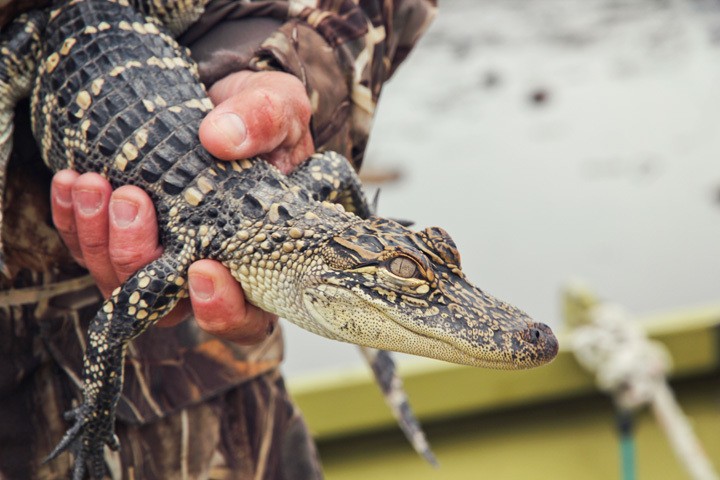 Once again I stitched together some iPhone footage using the smartphone video editing app Together, so you can get a better idea of our day. 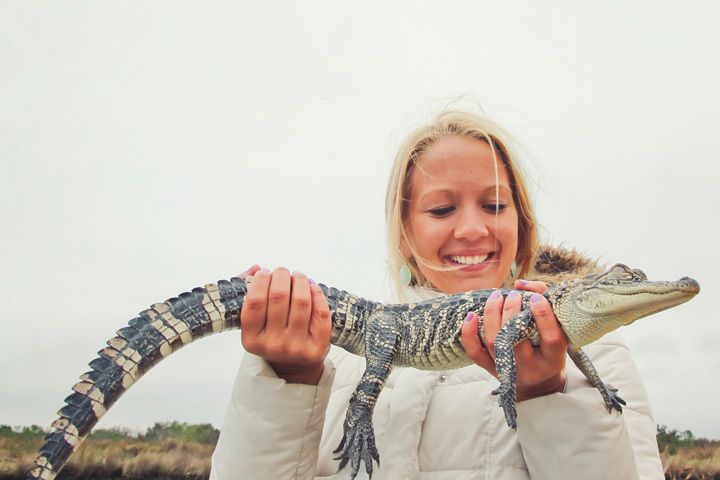 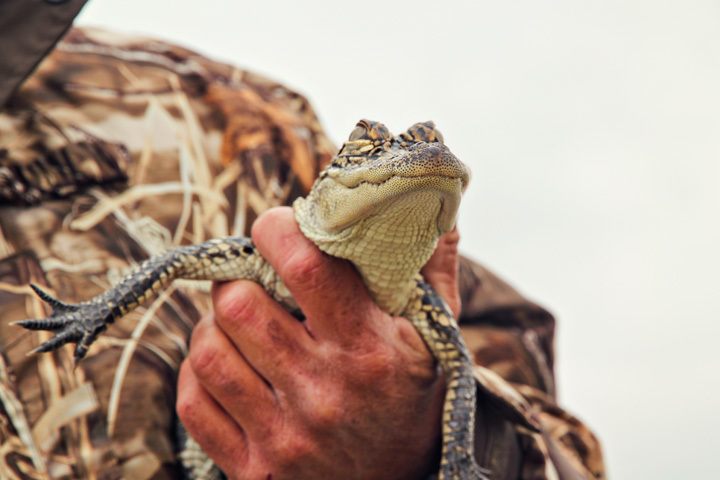 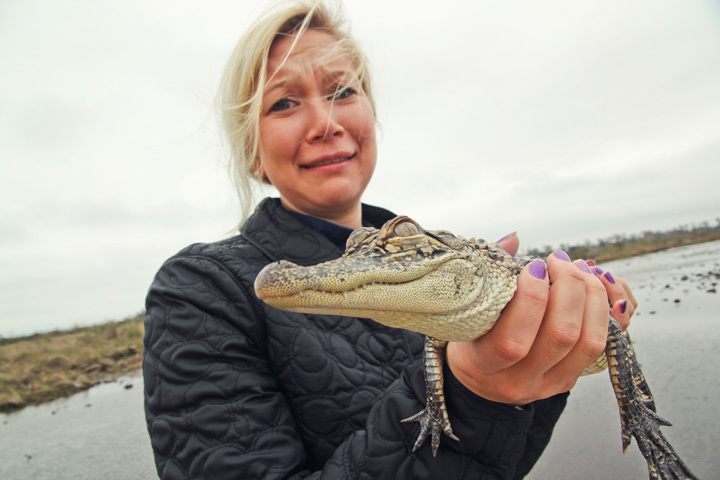 Unfortunately, our wildlife sightings were few and far between due to the weather. While the haunting atmosphere of the overcast bayou was captivating and the Southern hospitality was warm, I know I would have enjoyed this tour more on a hot and sunny day (lesson learned: if it’s cold out to begin with, it’s going to be downright freezing at 45mph on an open airboat).

But now I have an excuse to return to the Big Easy — as if I really needed another one. 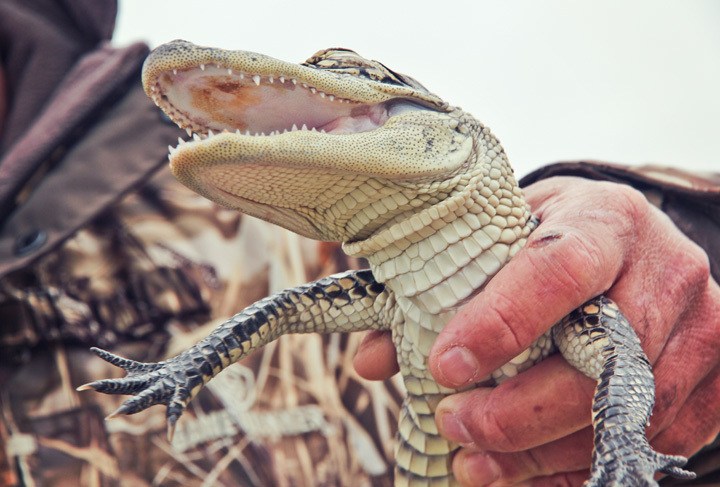 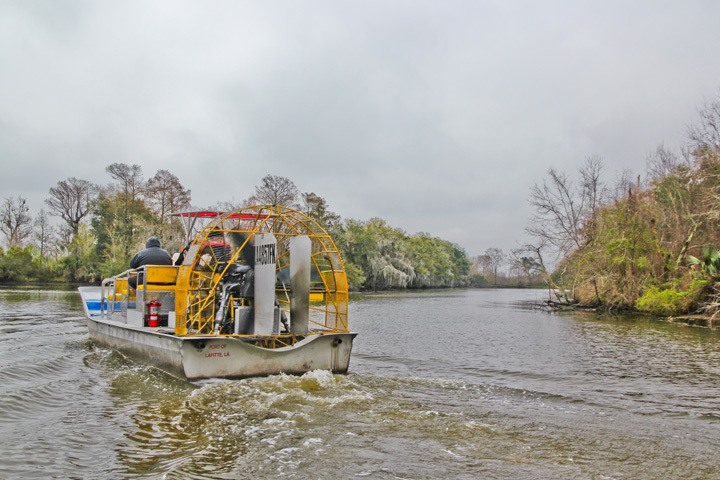 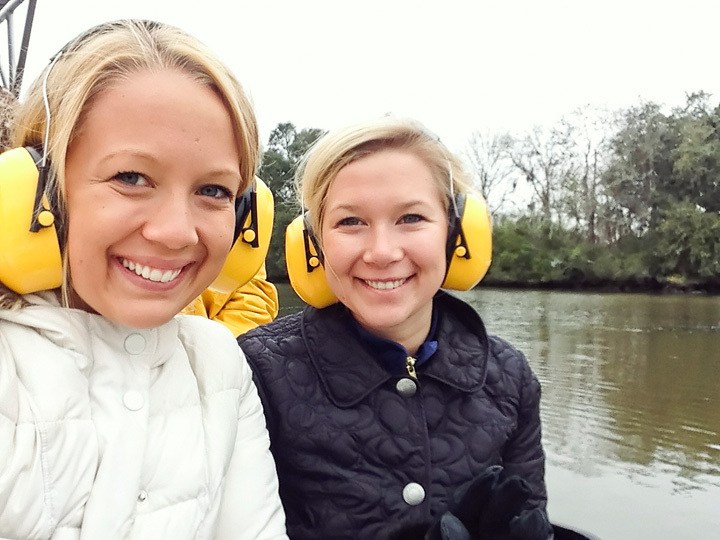 Have you been down to the Bayou?

Learning to Surf in Oahu