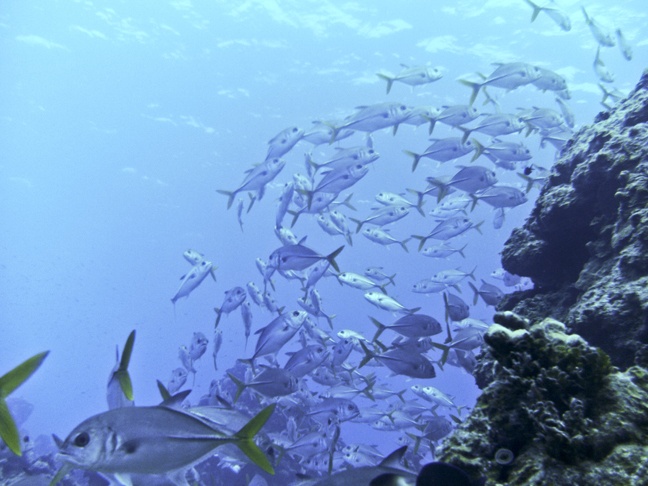 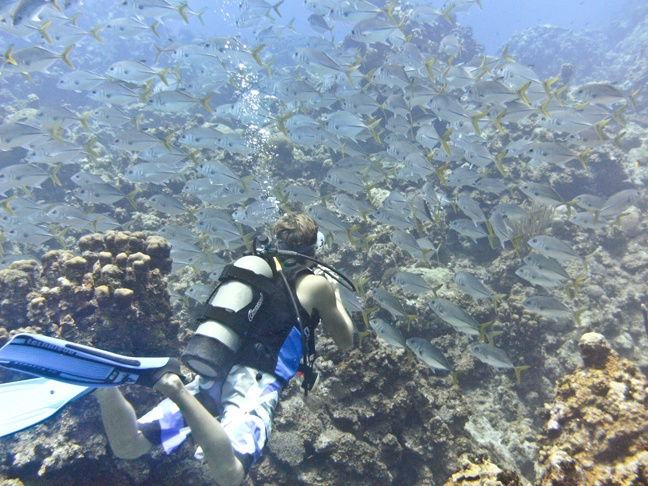 In an unexpected turn of events, I’ve been working on my Rescue Diver course! I was planning to get it done this summer with Mark, but that was looking less and less likely as we’re pretty limited with him getting only one day off per week. So we had decided to focus on completing my Advanced Open Water (Step 2 in the PADI triangle) when Heather told me there was a PADI Rescue Diver Course (Step 3) starting at the company we do video for, and I was free to jump on it and only pay my PIC fee! (A small fee for PADI to process your certification and send you a card). 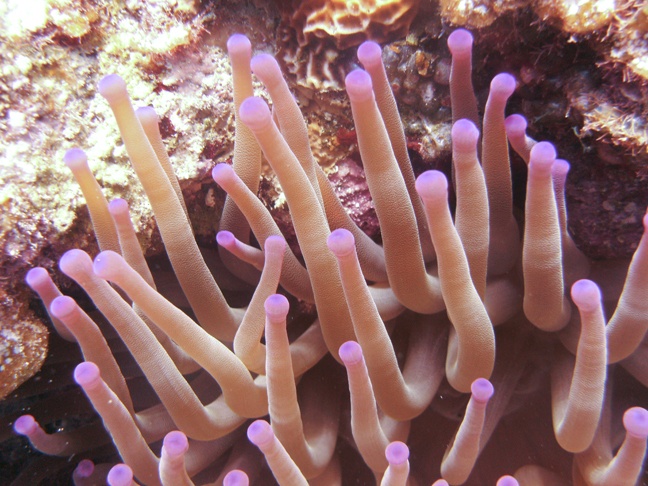 So that is how I found myself at 7:30am riding my bicycle 3.3 miles in the already oppressive heat. After a few hours of lecture and class work I was dying to get in the pool, but sadly after donning my gear realized the pool was like bathwater. We ran through the first set of skills which included assisting tired and panicked divers and taking control of a panicked diver who tries to use you as a floatation device! Then we worked on bringing unconscious divers to the surface, which was slightly morbid, but I didn’t have much time to dwell because soon we were swimming laps, treading water, and treading water with weight above our heads. Great fun. 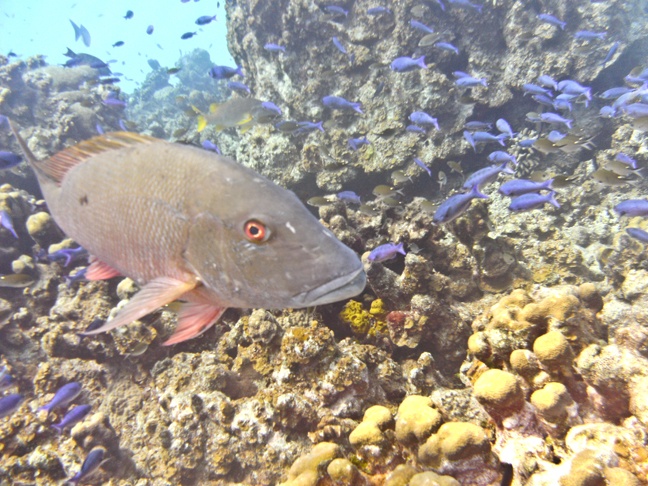 This went on for another two days of class and pool work and finally taking some written exams (passed!) before the big test came- the open water portion. It was weird to do homework again; we had to make an Emergency Assistance plan for one of the divesites, and do quizzes at the end of each chapter of the textbook, but mostly I was nervous about the open water part. We started out early on gloomy but calm morning. I started out on a pretty bad note when we were practicing one of the easiest things… throwing a rope to a tired diver! But I’m a terrible thrower and the rope never really went anywhere helpful. And the whole time the instructor is yelling out the stopwatch times to helpfully remind you that in real life your victim would be dead. I fared much better while we worked on scenarios and search and rescue, but almost became a panicked diver myself when I was playing the unconscious diver. The instructor brought me out into the bay and wedged by fin under something, disconnected my inflator hose and knocked off my mask, then left me there! I would have been fine with all of that except the mask, I had trouble with that in my open water class and I still do now, I hate not having my mask on and its always my least favorite skill to remove and replace it. So I snapped it back on and figured if he failed me I could always go into waitressing. But he never came back and my classmates came and “rescued” me and all was well. As we were exhaustedly congratulating ourselves and breaking down our gear and making plans to head down the street for drinks, another instructor came running and told us that their “buddy” was missing. (The “buddy” was a yellow fin tied to a weight) So we had to snap back our gear, run down the dock while trying to get back together, start a search and rescue and save the damn fin, all while being timed! We made it and the fin was saved. 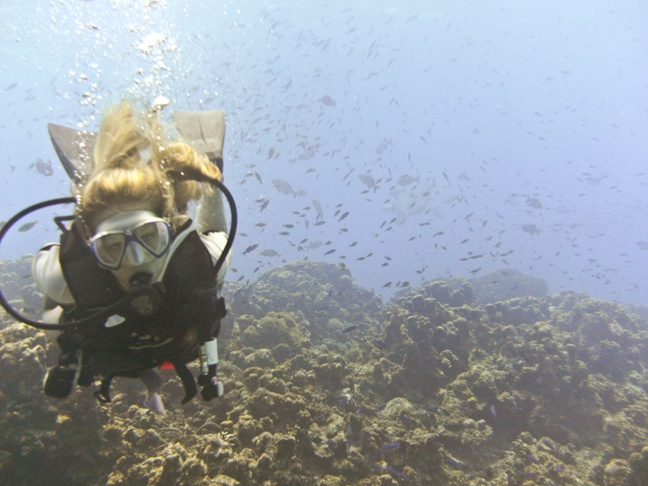 We still have a little bit more first aid to finish up, as you have to complete Emergency First Responder course in order to finish Rescue Diver, so I don’t have the card in my hand yet but the hard work is over and it feels great. It was a wake up call to remember that if I choose to go ahead with my diving education its not all going to be sun tanning on the boats and playing with fish, its going to be studying and hard physical work. I definitely was impressed with what my body could do, I didn’t think I could pull a man out of the water on my back or fight off a panicking person in open water but I did. Now I just have to finish up my Advanced and I’m on my way to Divemaster!

PS: I wasn’t taking photos during the course, obviously. These pictures are from one of my Advanced Course dives with Mark, when he borrowed a friend’s camera. But what’s a post without pictures? 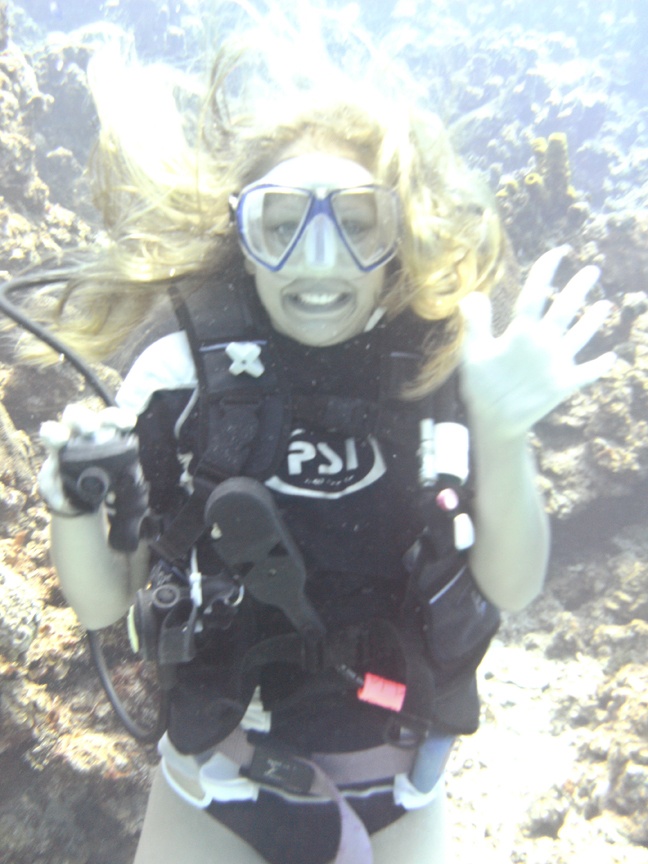 Do it For the Dogs! Cayman’s Petapalooza Celebration The Cayman Islands’ Skintastic Bikini Parade
8 Comments...