After the seriously stomach-crushing day that I had at Sail Rock, I wasn’t exactly dying to get back onto a dive boat. But the sudden realization that I would soon be off the island and not know when my next dive was coming prompted me to give a resounding “Yes!” when another all-girls dive trip was planned. This time we were headed to one of my favorite dive sites on Koh Tao: Southwest Pinnacle. 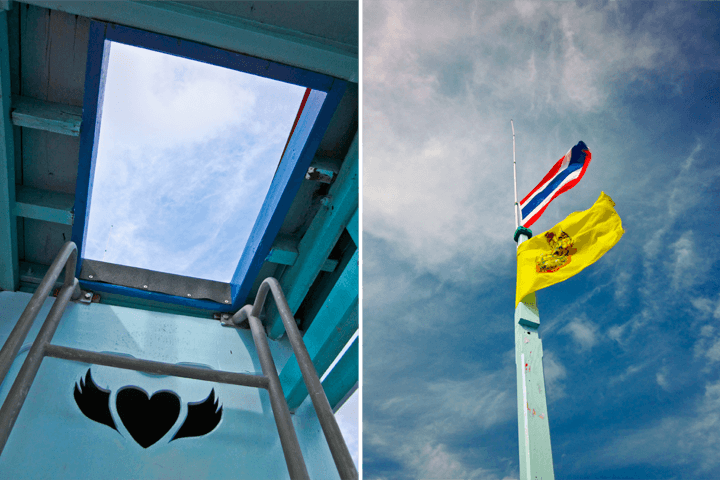 Southwest Pinnacle is creatively named for it’s half a dozen pinnacles ranging from 5-30 metres in depth, found off the south west coast of Koh Tao. The pinnacles are encrusted with anemones, sea urchins, and fascinating macro life. It’s not just about the small stuff, though: this is major whale shark spotting territory. 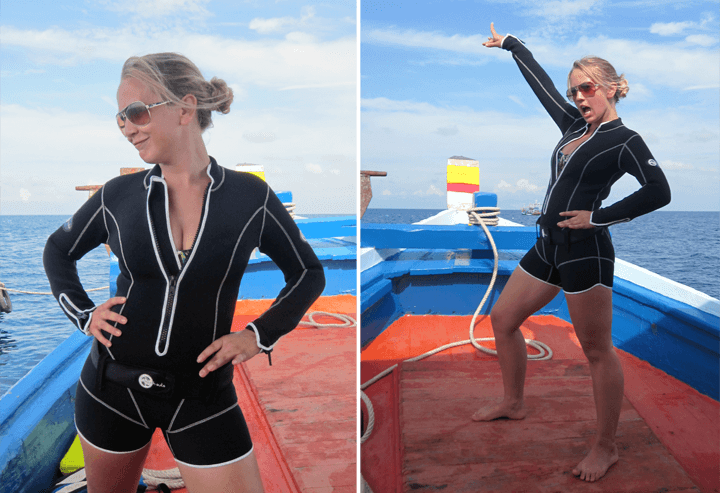 Incidentally, it’s also Swish Suit (note: use code “Wanderland” for a 10% discount at checkout!) spotting territory. Hey-o! This was my second time trying out my new wetsuit and I was still firmly smitten. 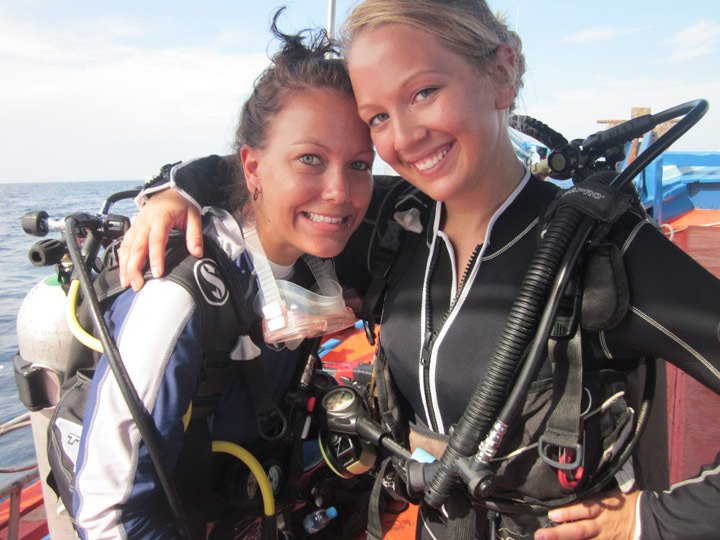 My friend Freya is one of those rare people who came to Koh Tao and had no interest in diving- I think she lived on the island for about ten months without ever being bitten by the bug. When she returned to the island later in the year she was finally certified by our bestie and instructor extraordinaire Kat. So proud of her! 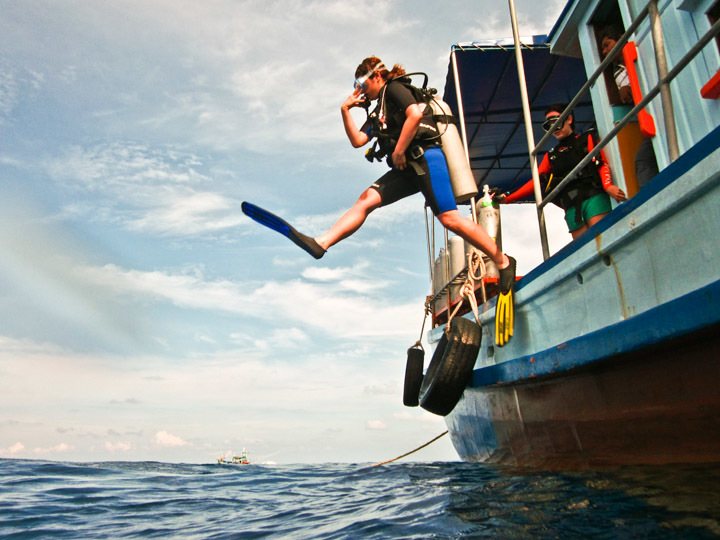 I love those first moments underwater, when you look up and see nothing but blue between you and the sun. That moment makes this one of my favorite underwater photos of all time. 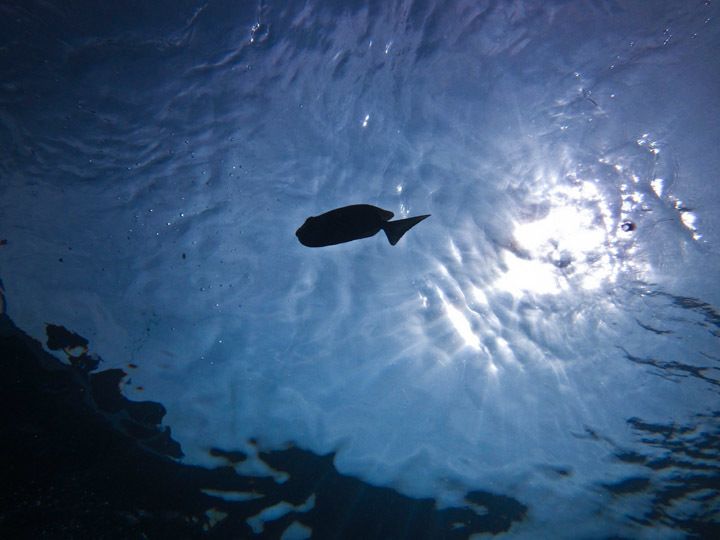 I had only ever been to Southwest before when I was filming for work. It was always one of my favorite locations to shoot, but suddenly I felt like I was seeing the place for the first time. That’s the great thing about going fun diving with a bunch of your best girlfriends. 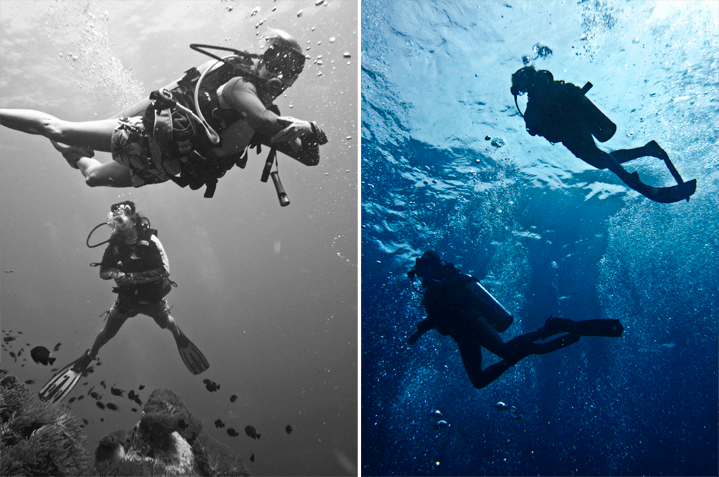 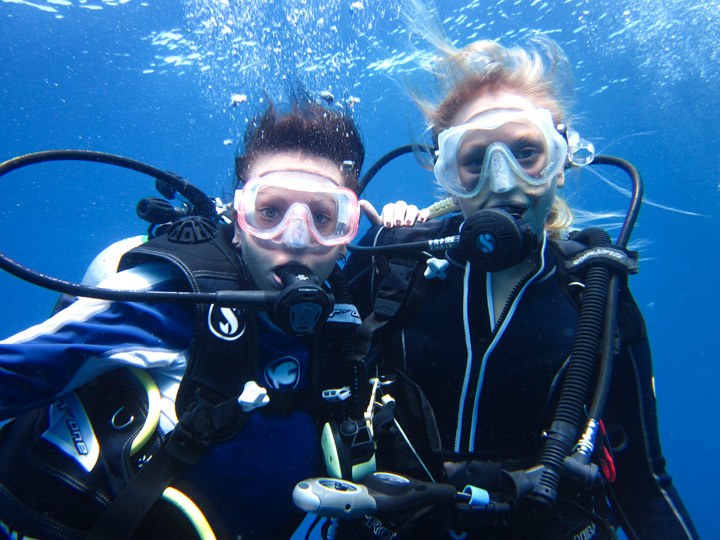 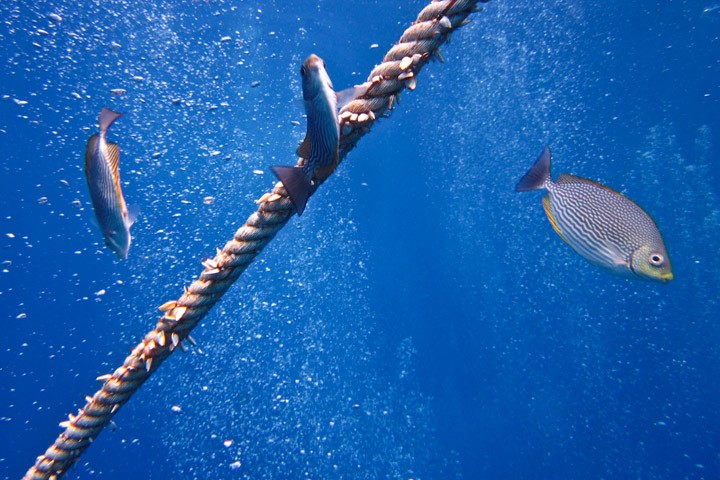 If I had to think of one word to describe Southwest it would be this: lush. Lush with color, lush with texture, lush with life. 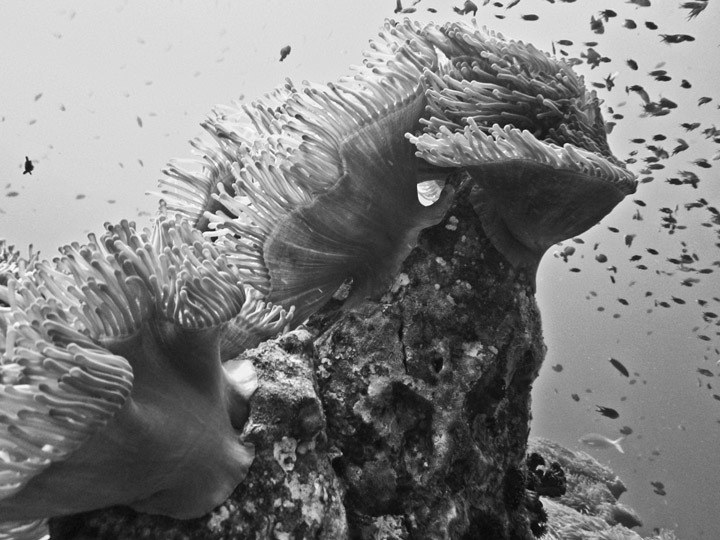 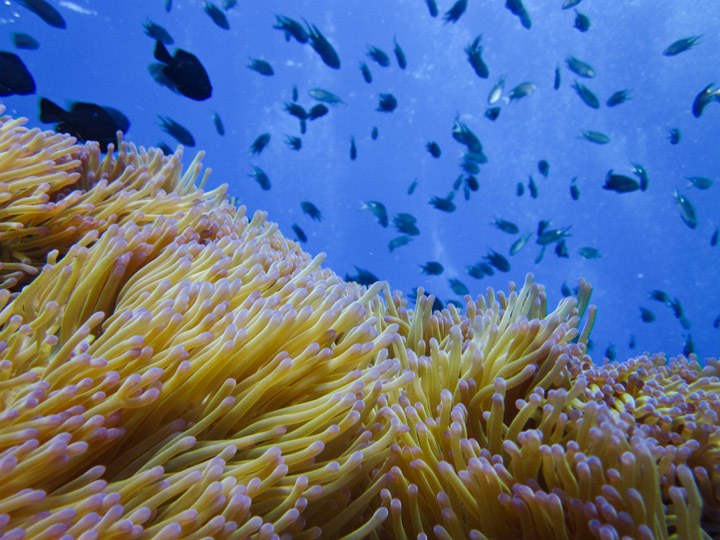 I tend to dive buddy-less (don’t tell PADI) because most divers would be driven to madness waiting for me to get a shot I’m satisfied with. But when I see something like this unbelievable mystery creature below, I simply cannot tear myself away until the last possible second- when I see my group’s bubbles starting to disappear from sight and I have to fin like crazy to catch up. Have you ever seen anything like this? I hadn’t. 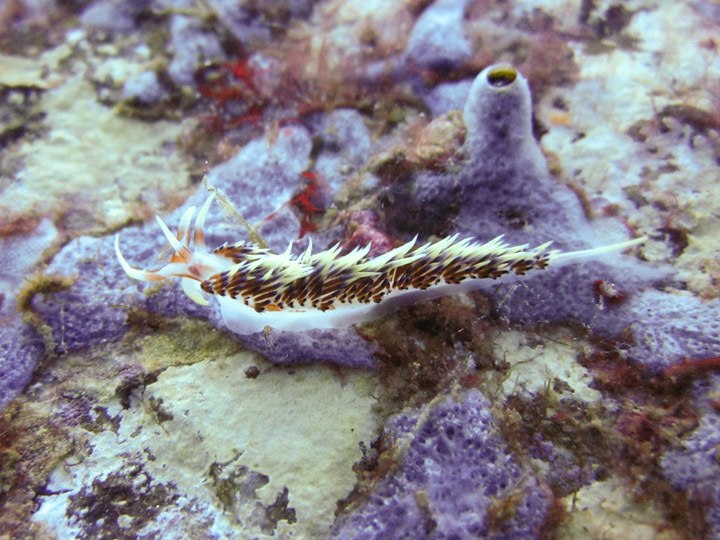 Sorry if you were eating. So, I was totally fascinated by this heavy-breathing sea slug which resembled a non-flattery part of the human anatomy. What? Am I the only one that sees it?! Let’s pretend this never happened. 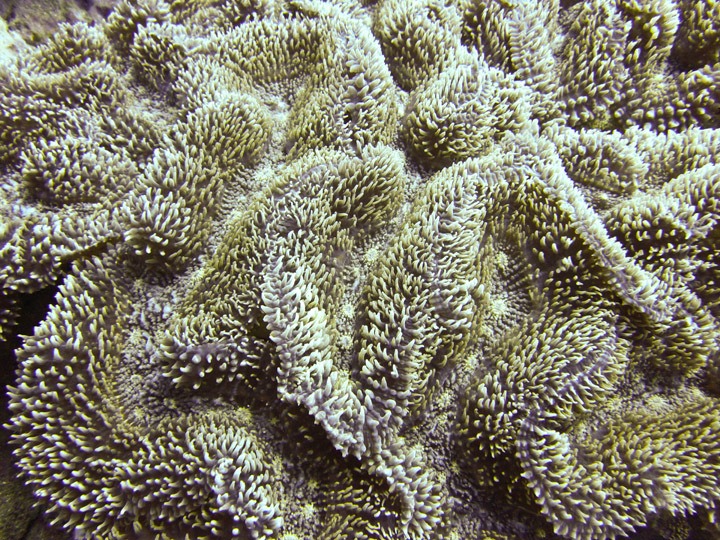 Speaking of kind of gross things, this coral fascinated me. Doesn’t the close-up look like a microscopic shot of germs or something? 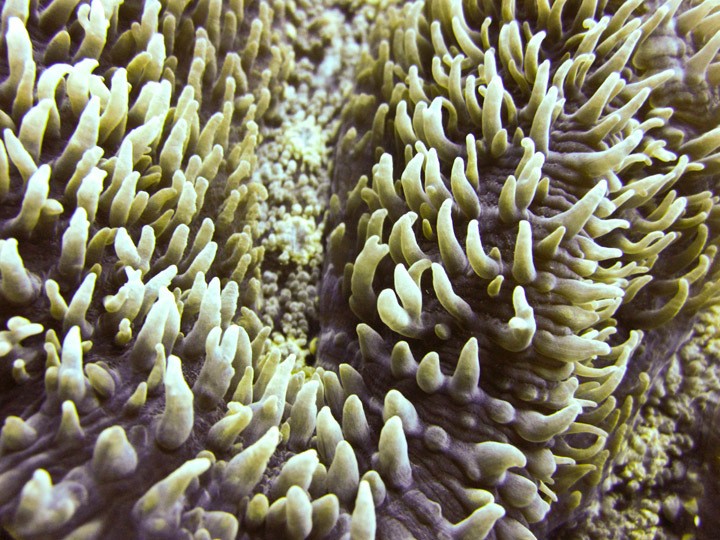 I can’t get over how diving lets you see so much life, right in front of you. 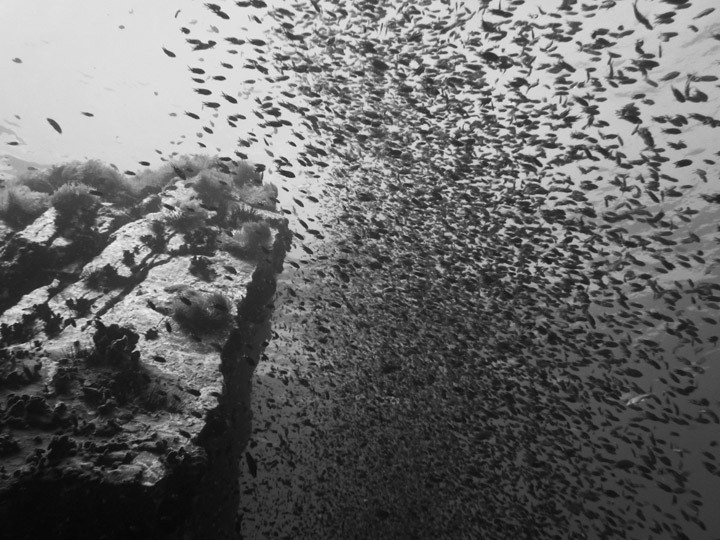 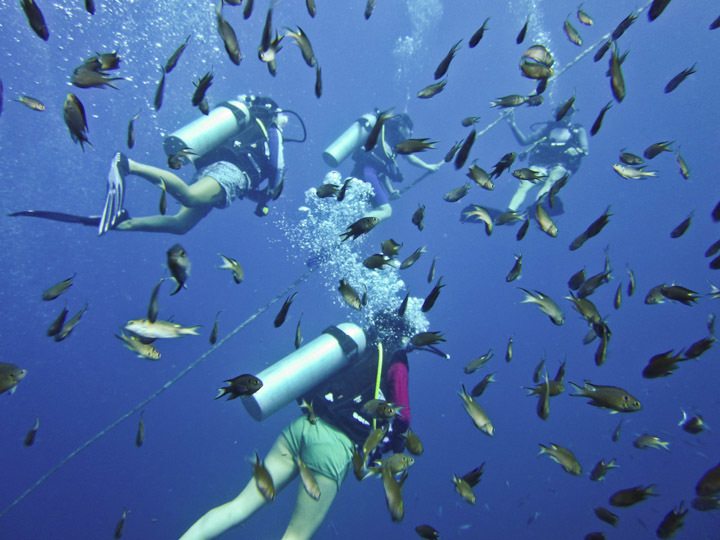 What a glorious dive with glorious girls! This day solidified Southwest as one of my favorite dive sites on Koh Tao. 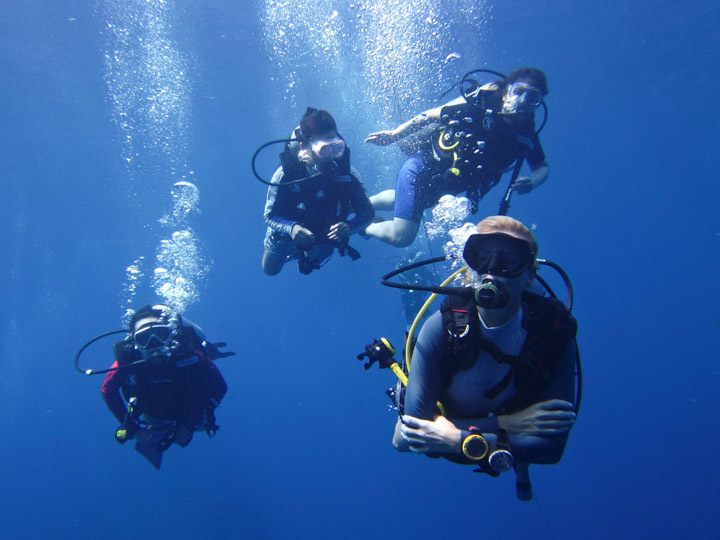 Soon we were back to the boat, but not back to the island. Stay tuned for photos from our second dive of the day to a site that was completely new to me… 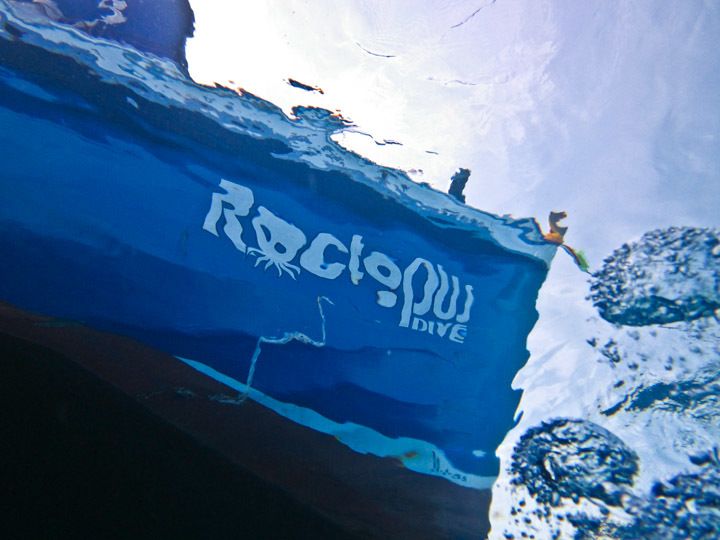