Originally I wasn’t going to post about the super-amazing goodbye party that was thrown for my friend Freya when she left Koh Tao, because it didn’t seem travel-bloggy enough. But recently I was looking through these photos and reconsidered — the pictures are beautiful, I miss my girls on the island, and basically I just want to brag about the kind of parties we threw back on The Rock (as Koh Tao is affectionately called by locals). 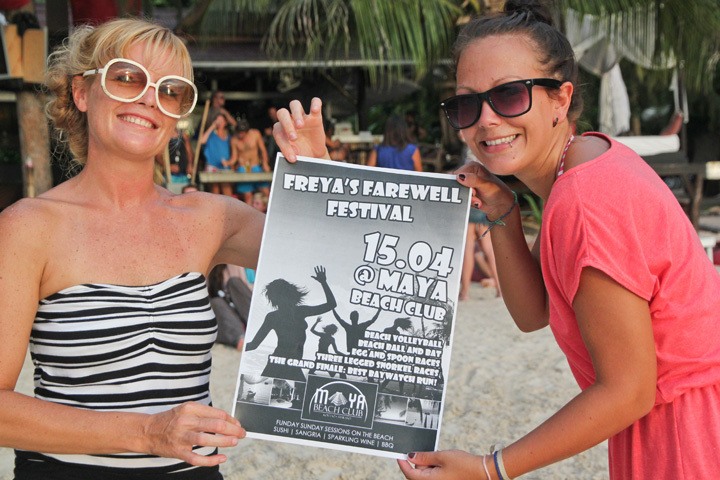 Party Organizer Queen on the left, Guest of Honor on the right!

It doesn’t take much of an occasion to inspire major theme party mania around the expat community in Koh Tao. I think I attended more dress-up parties in the months I lived there than in the previous years of my life combined. Someone’s birthday? Let’s throw a disco. Valentine’s day? Everyone wear pink and let’s have a bake-off. Random Saturday? Alien party.  So when one of our nearest and dearest, Freya, decided to head home after three years of living the nomadic dream in order to start one of those “real lives” I keep hearing about, I knew something major would go down. 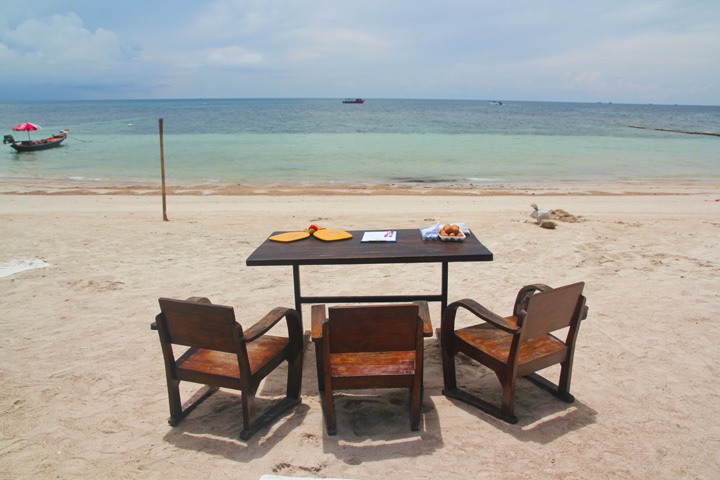 And thus Freya’s Farewell Festival was born. My friend Kat was the mastermind behind the whole thing. Normally planning parties is one of my number one hobbies, but Kat could tell I wasn’t myself and took pity on me, giving me the easy job of party photographer. So basically everything you see here is mostly the work of one determined woman… she deserves a round of applause! 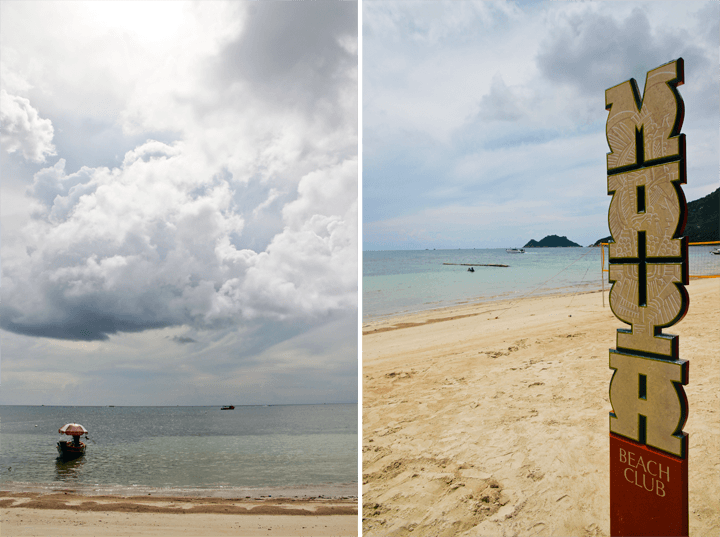 Our location was Maya Beach bar, our favorite spot for day drinking and also conveniently owned by one of our friends willing to open just two days after Songkran. The party was centered around fun in the sun in the form of elaborate beach games with alcoholic prizes. 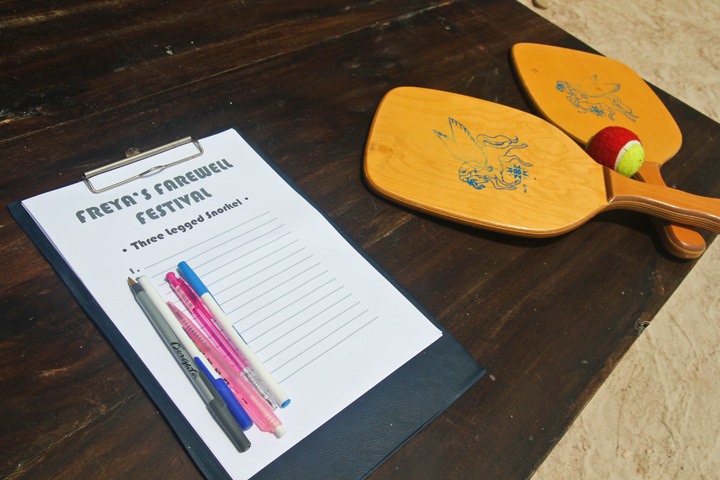 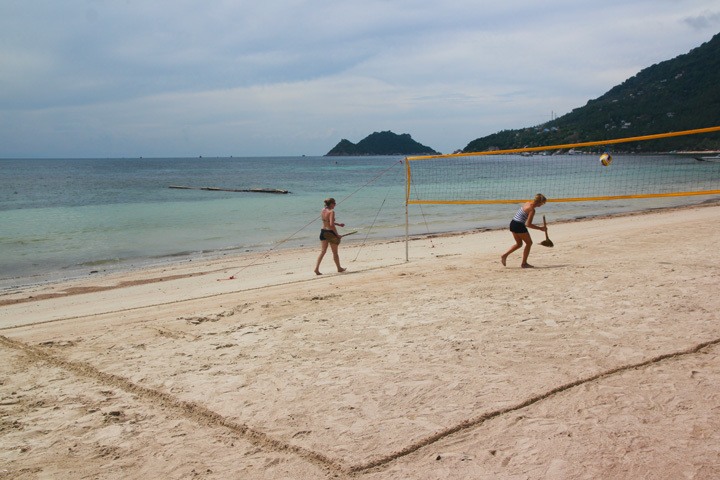 The first event of the day was a game of classic beach volleyball. At this point I became grateful for my role as photographer — athletic is not a word that anyone would ever use to describe me! 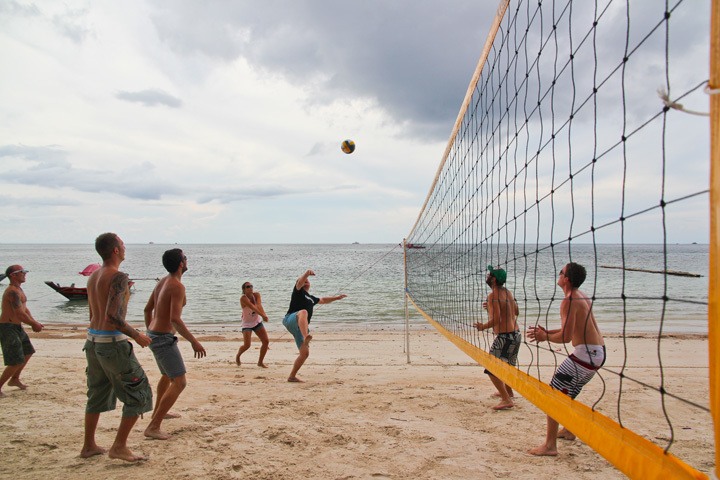 Next up was the egg and spoon race. 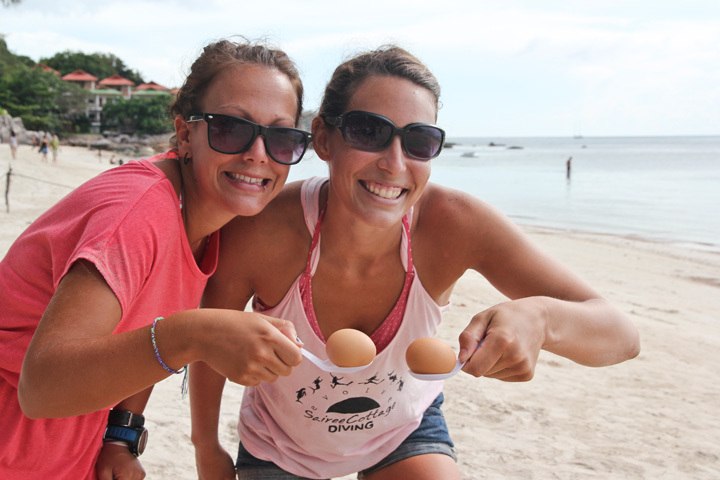 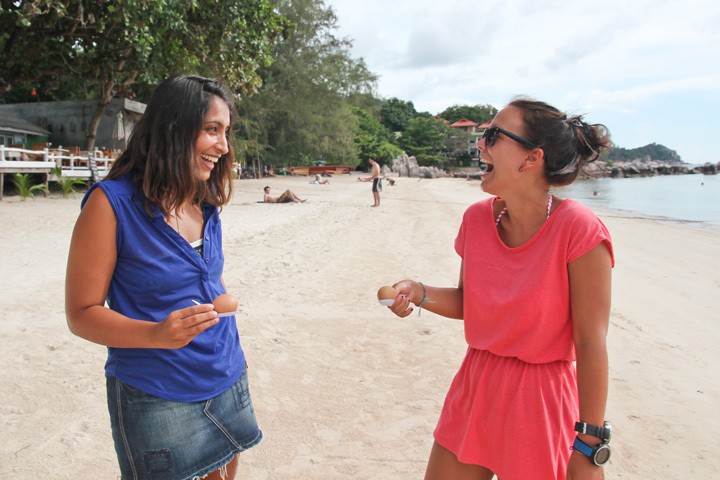 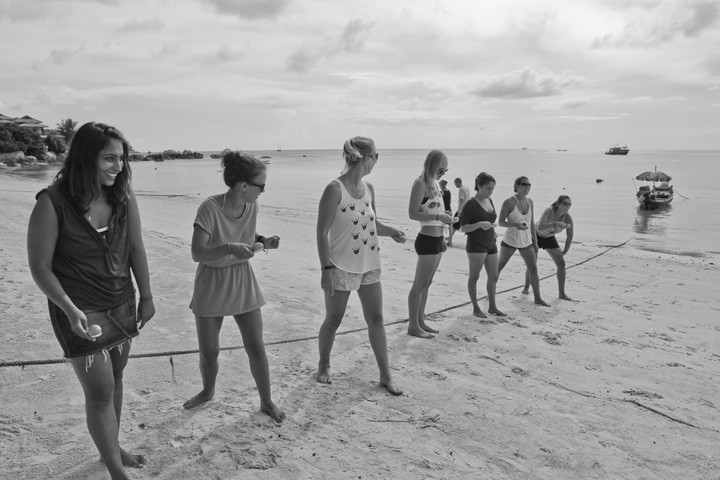 This was a very popular event requiring several heats, which brought us to an extremely competitive finals round. Hilariously we found that it was pretty hard to crack those babies! Perhaps Thai chickens lay a more sturdy-shelled egg? 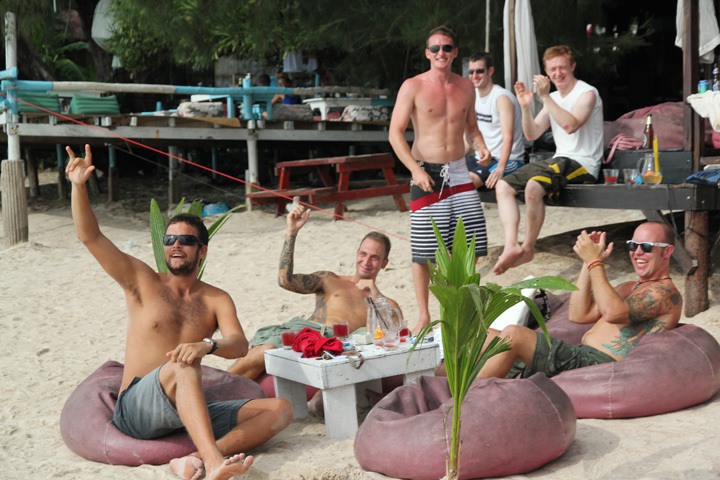 The third event was the very island-appropriate three-legged snorkel. By far this was the most entertaining event to observe. People get pretty competitive when mojitos are at stake! 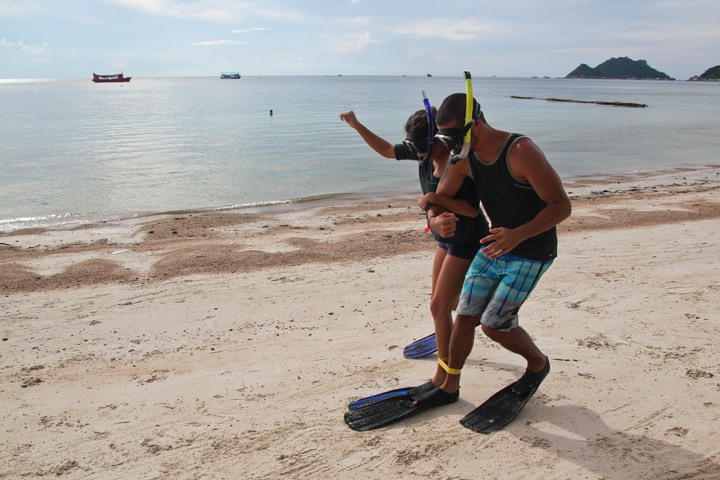 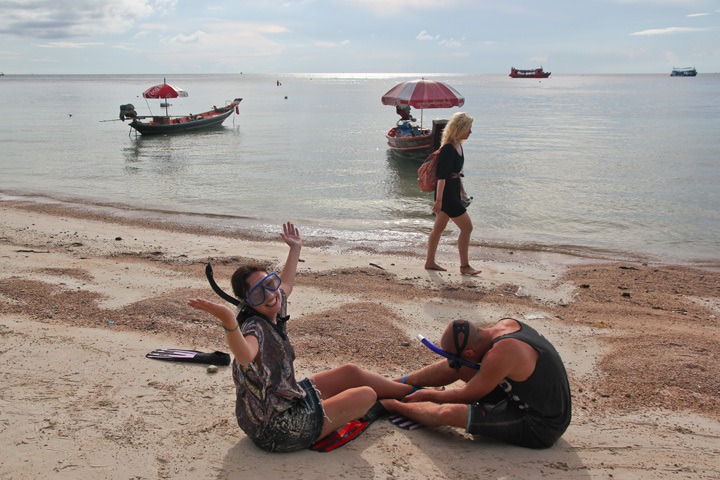 Last but not absolutely not least was the event the pièce de résistance of the day’s activities — The Baywatch Run. While the score to the original show played in the background, these girls gave Pamela Anderson a run for her money.

Judging was no easy task, but somehow we were able to find some male volunteers up for the challenge. Well, that seems a tad sexist, you might be thinking. Fear not, we are equal opportunity objectifiers over on Koh Tao! The men’s round was next up. I think we can all agree that those boys worked it, right? As you can see the judges took their jobs extremely seriously. 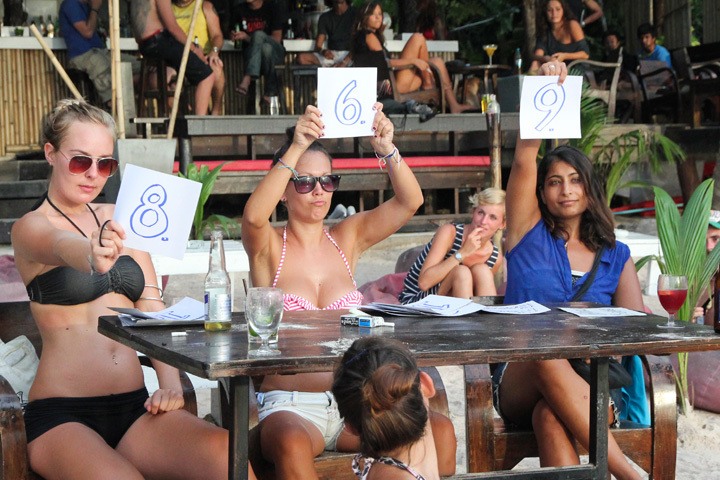 Sadly, as you can see, the guest of honor was not enjoying herself one bit. It was the perfect day: shining sun, lots of laughter, and tons of hot bodied people running across the beach in slow motion. Truly though, it was a perfect tribute to someone who had been such an amazing friend and such a presence on this little island. But… it’s not a party till the guest of honor gets thrown in the ocean, right? 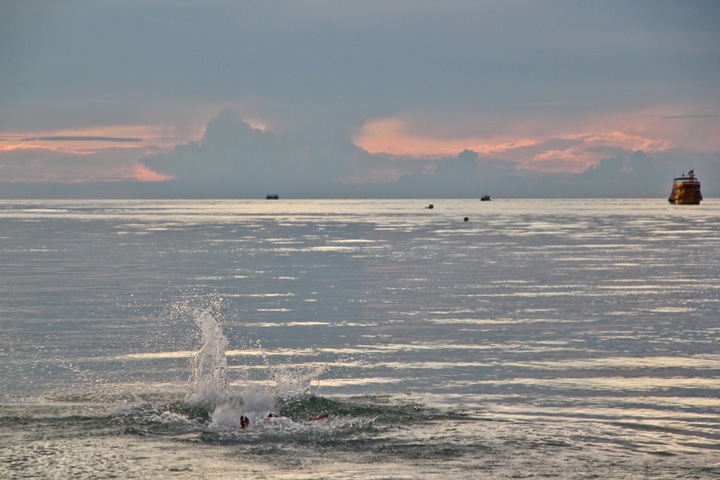 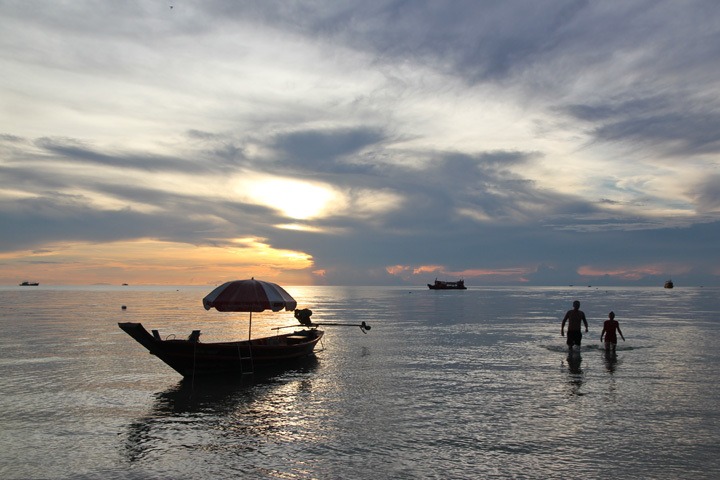 Not everyone know it at the time but this was actually my last day on Koh Tao as well. The next day Freya and I would leave the island together- she to go home and me to begin my solo travels up north. I think it was a bittersweet goodbye for both of us. 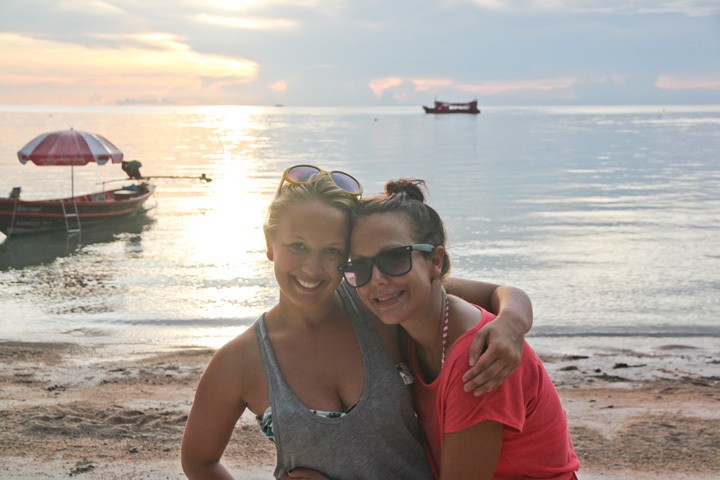 Lucky for me I don’t have to miss my girls too much, because three of my best friends from Koh Tao are going to be in London in July when I go to visit! How lucky am I? Kat, Freya, Suze, I can’t wait to see you all!

Crushing on Cape Panwa: Phuket As It Once Was

Photo of the Week 28

Say “Seas”! A Review of the PADI Underwater Photographer Course

Celebrating My First Songkran My Travel and Blogaversary!
9 Comments...