I’ve been to Stingray City dozens of times now but none of them as a tourist. The company I go out and do video with only goes once a week, on Thursdays, and since my dad arrived on a Thursday we couldn’t make the trip. So instead we went with the overwhelming recommendation for Captain Marvin’s. We went out on what has been the rainiest day since I got here, and until the moment we got in the water, I was convinced they were going to cancel the trip. But not ones to let a little rain get in the way of our stingray interaction, we hopped in. And for holding out against the weather we were rewarded by twice the number of usual stingray and they were twice as hungry. 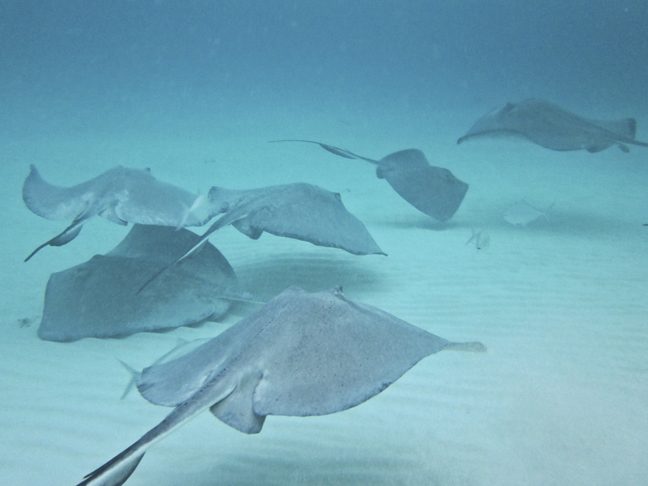 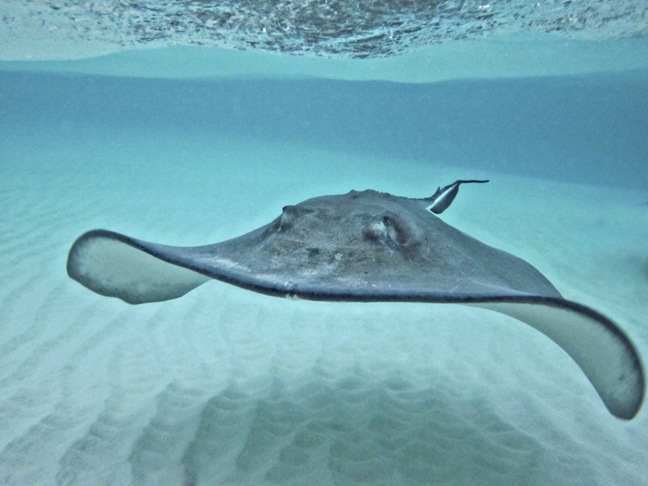 My main objective for the day was to play with my new camera and test out the video function. I found it was very difficult to take pictures of fish while snorkeling, as I’m so buoyant I float to the surface immediately after free diving down! So that was a bit frustrating. But the video function worked well and while its hard to hold such a small and light camera as steady, I still got to put together a little movie of the trip which was nice to do even though I wasn’t working. 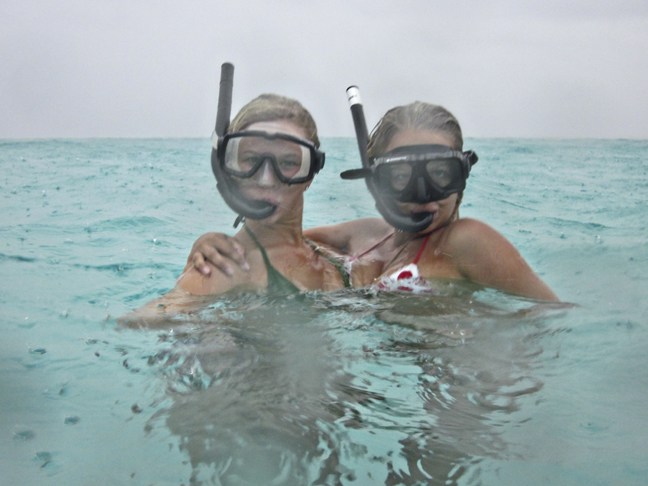 Lowdown: There are dozens of operators doing stingray city trips in Cayman. I am quite biased and think the company I work with, Diver’s Down, does the best trip, since it is a small group and they leave very early to avoid crowds. However they only go once a week so it doesn’t work for everyone. I recommend Captain Marvin’s as well though the groups are larger. There are between two and three stops per trip, first you get off at the sandbar, Stingray City, and get the chance to hold, feed, touch and swim with the stingrays. Even if you don’t touch them they are friendly and hungry and they will nudge you as soon as you get in! The next stop is snorkeling at the barrier reef, which I think is excellent and you can get a good idea of what the reefs are like in Cayman. The third stop which is on some but not all trips is to another snorkel spot, the coral garden, where there is less coral and more fish. 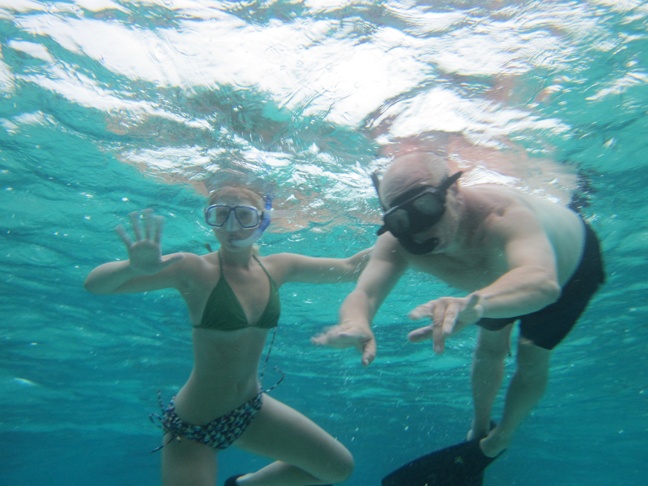 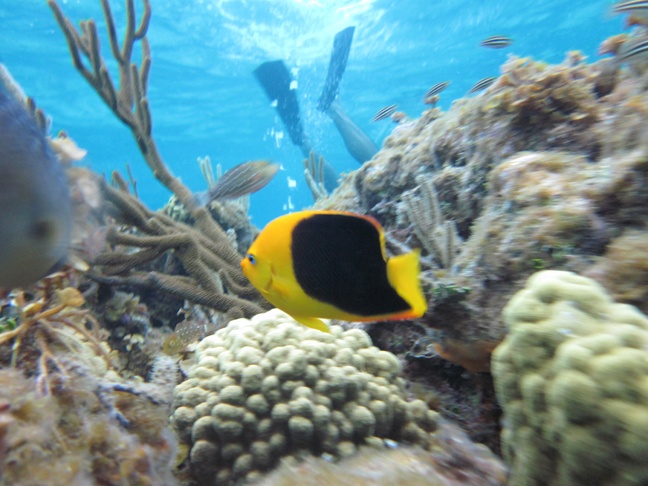 Cost: Most trips are around $40USD per person, which I think is one of the most reasonable deals on the island for a half day on a boat snorkeling sunbathing and playing with stingrays. Make sure to tip your crew and while you are at it, the video person! I don’t get a cut of the crew tips and I wonder if anyone would tip me if they knew that.

Time: Between boat time out and back and all three stops the trip is about three hours.

Overall: 5/5. I admit it, I LOVE the stingrays! I can’t get over them. If you have one day in Grand Cayman, this is where you should be (well, unless you’re diving…) It is such a unique and amazing experience and the animals are wild and free to come and go as they please. The cost is reasonable for what you get and either bring a good camera or buy the photos/video, because you will want to remember this.

Confession: Despite the fact that I’ve spent the summer doing underwater photo and video, we bought the photos disk from the photographer on board. They were just too good! And they give you a disk of the high res images which is great because then I could edit them to my own liking. Here are a few gems, for the rest watch the movie below, and crank up the volume because I picked an awesome soundtrack, if I do say so myself. 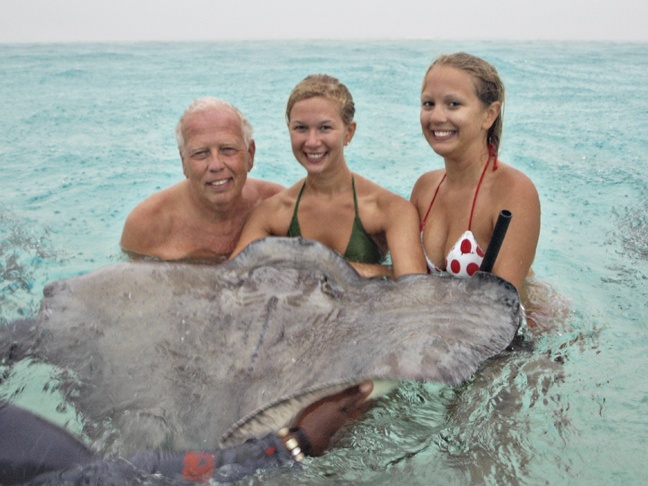 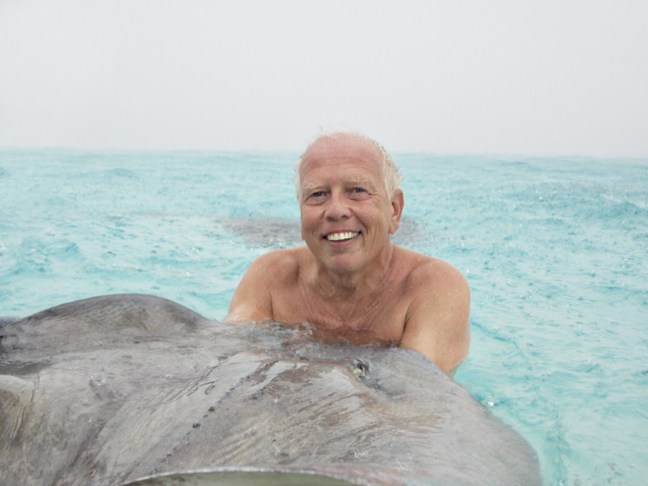 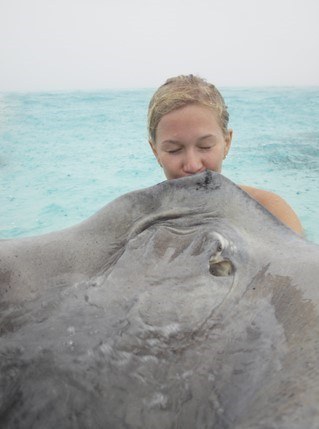 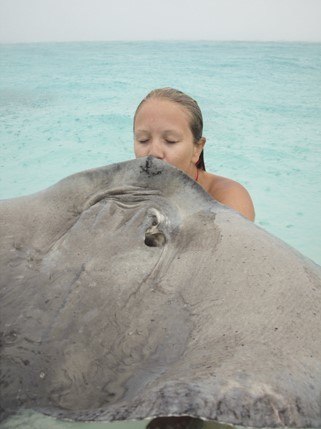 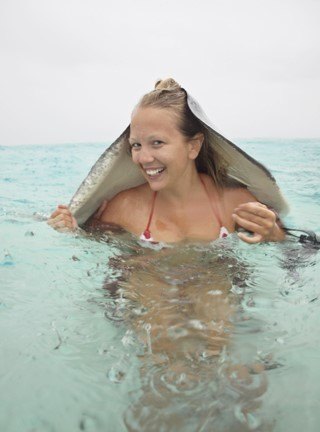 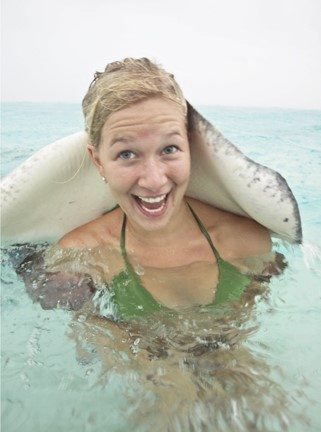 And now for the video! Not as good quality as my usual videos which are made with “big” cameras but I thought the end result wasn’t too bad! You can watch it here — enjoy.