As I mentioned previously, Lopburi is most famous for its mischievous little town mascot, the monkey. There are a few other sights to see and things to do, but most people focus on macaque-spotting. The main attractions of Lopburi can easily be visited in a day.

The oldest and most famous shrine in town, Prang Sam Yot (admission 50 baht) is also home to the vast majority of the town’s monkeys. During the day they take shelter from the extreme heat in the wat’s nooks and crevices, and at night they are fed a feast of fruit and other snacks. 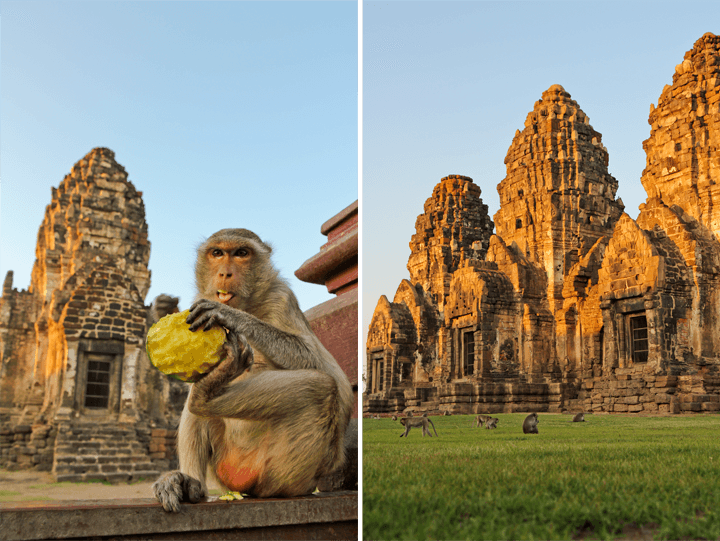 These monkeys are no strangers to tourists. Still, they occasionally grow camera-weary. This chubby primate sat patiently for about 5 minutes while I shot away before staring me right in the eye, sighing, and turning his back to me. 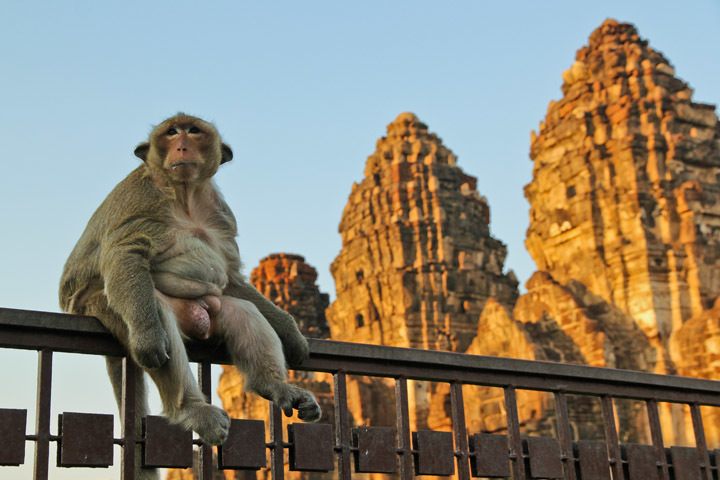 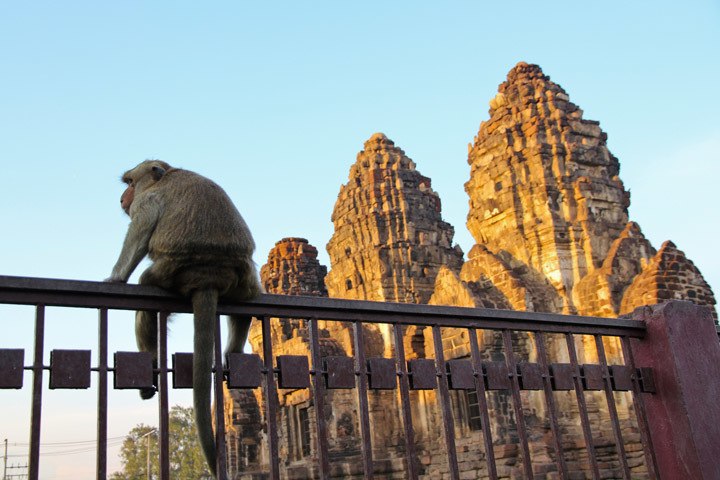 Others were far more enthusiastic posers. 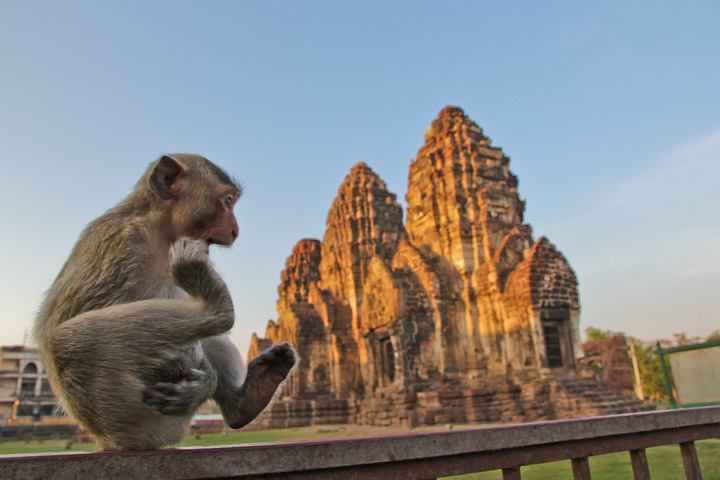 Inside the grounds the monkeys were more aggressive than ever! I started to recognize the look in their eye when they began pacing in my direction looking for trouble. Still, a few managed to outsmart me and make their best effort at separating me from my belongings. In my time at the temple I saw successful muggings of water bottles, sunglasses, chapsticks, and even an earring. 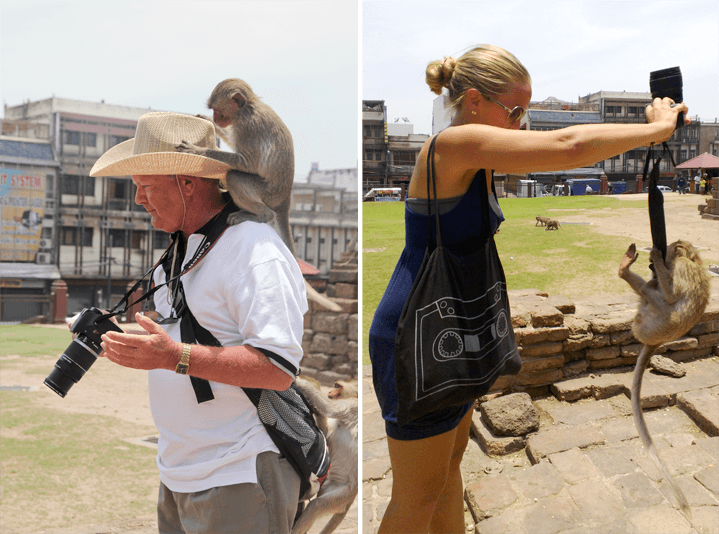 Prang Sam Yot is laden with Hindu imagery and historical significance. Still, it is a small ruin and I can’t imagine it would ever attract so much attention if not for its furry residents. 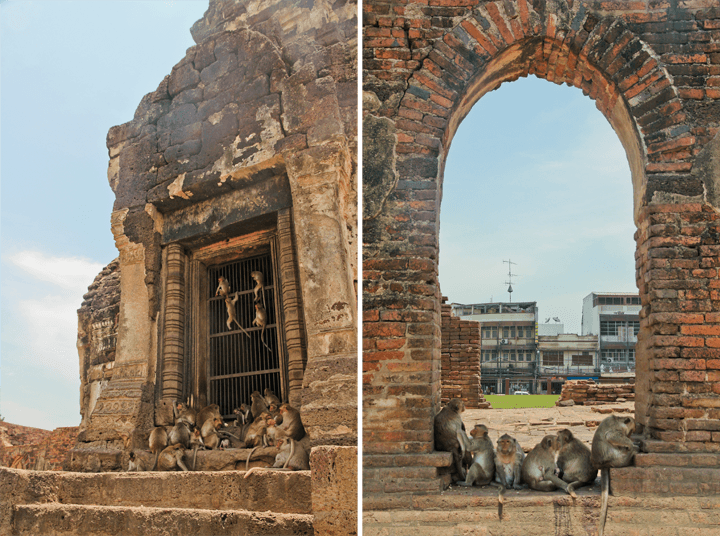 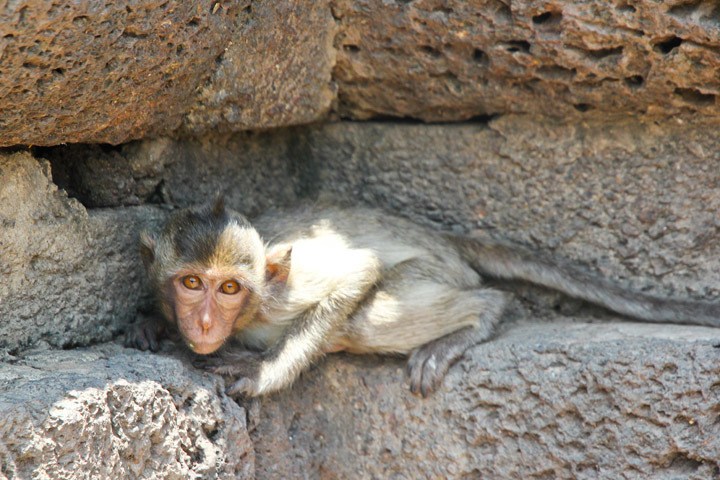 Perhaps it had to do with the extreme heat and the midday sun, but the majority of the monkeys actually seemed more interested in napping than in posing for pictures and attempting purse snatchings. 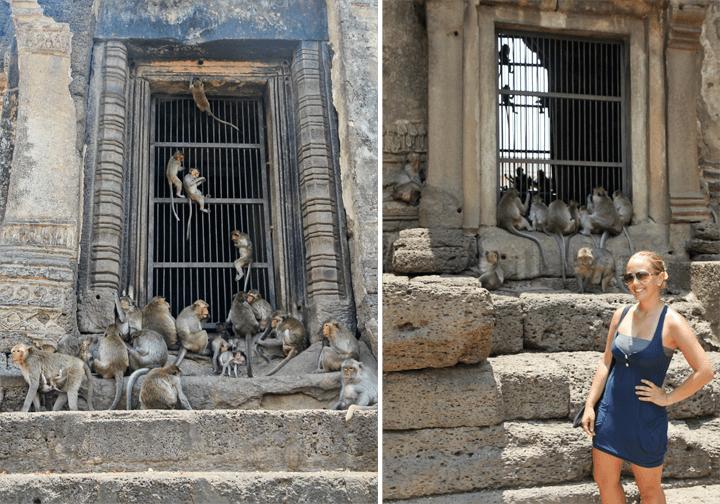 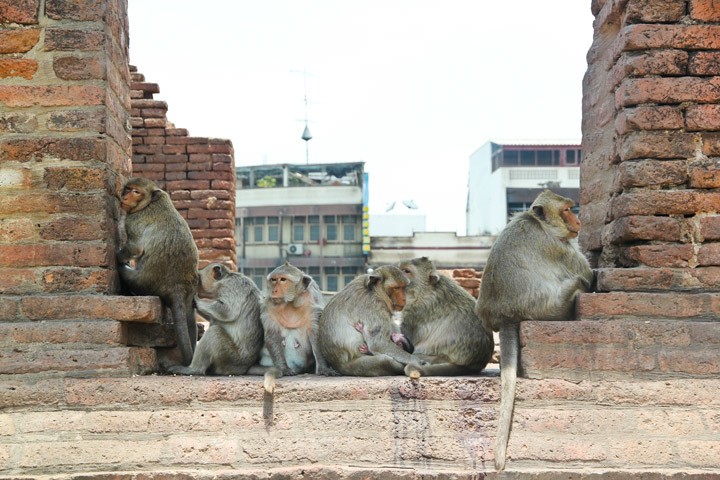 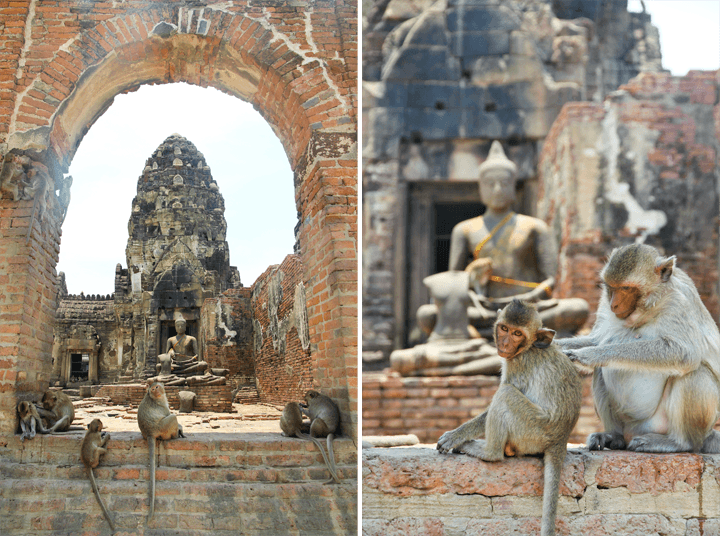 Despite the modest size of the grounds, I spent hours here watching the monkeys play and interact. It never fails to amaze me to see the human-like behavior, gestures and glances between these animals. 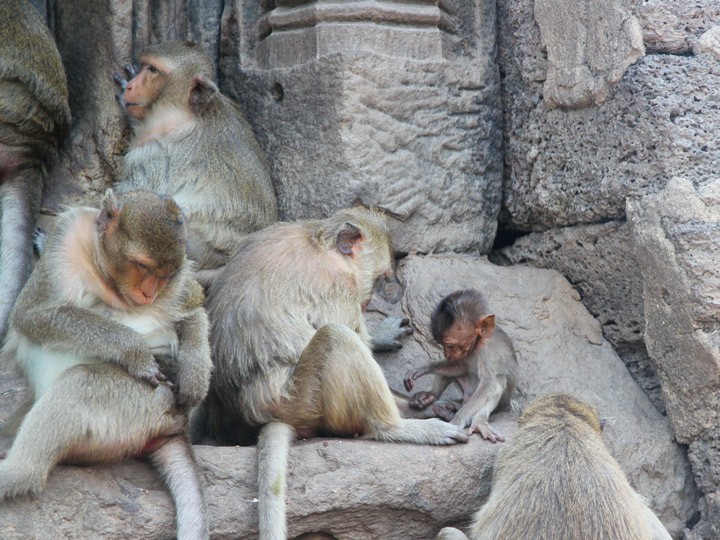 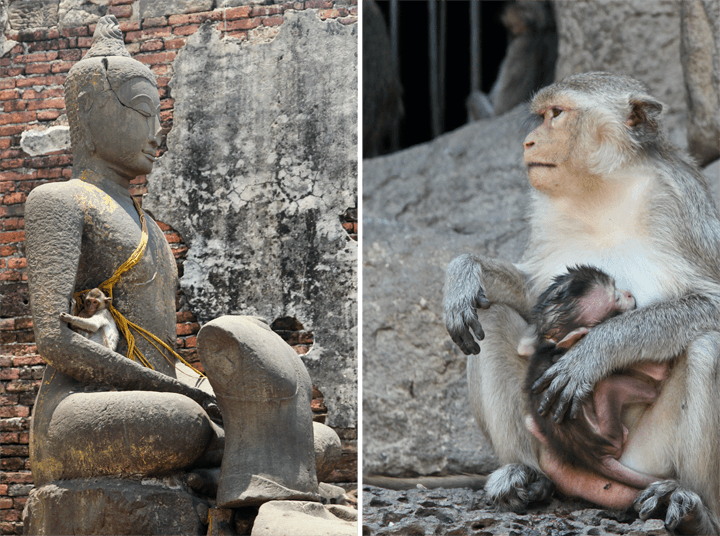 If you visit, I recommend coming at 8am when the temple opens to beat the heat and the tour bus crowds. As usual I did not follow my own advice and nearly melted in the harsh midday sun. 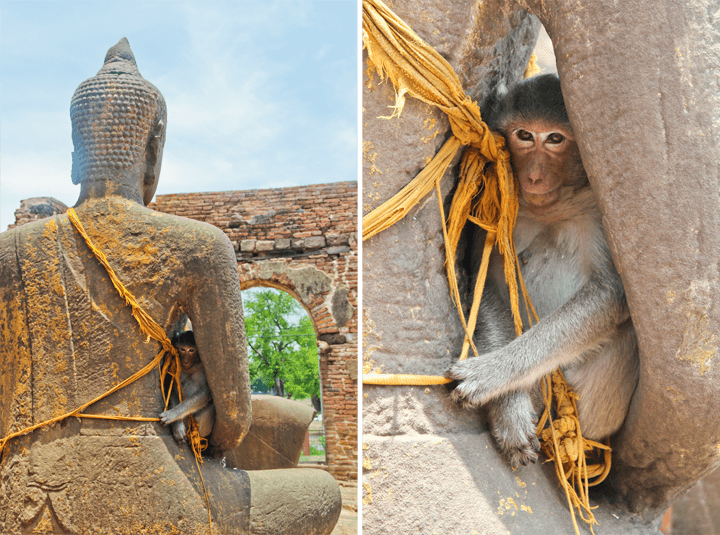 Someday I would love to return to Lopburi during the last week of November for the Monkey Festival where the simians that rule the town are treated to a massive feast on the grounds of the temple. I can’t imagine the photo ops! 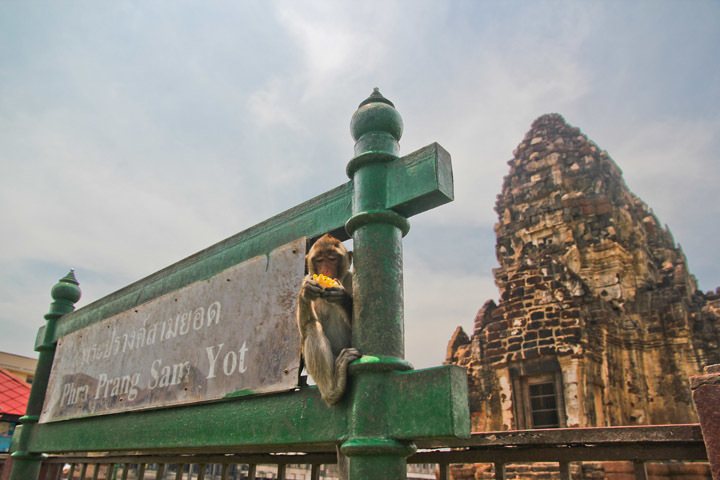 This 40 second video should give you an even better idea of that madness that is Prang Sam Yot:

While Prang Sam Yot is the most famous ruin around, it is far from the only one in town. I had read that San Phra Kan, which is spitting distance from Prang Sam Yot, was another monkey hotspot. When I visited there was not even one banana peel in sight. There was plenty of evidence that this was once a danger zone, though. 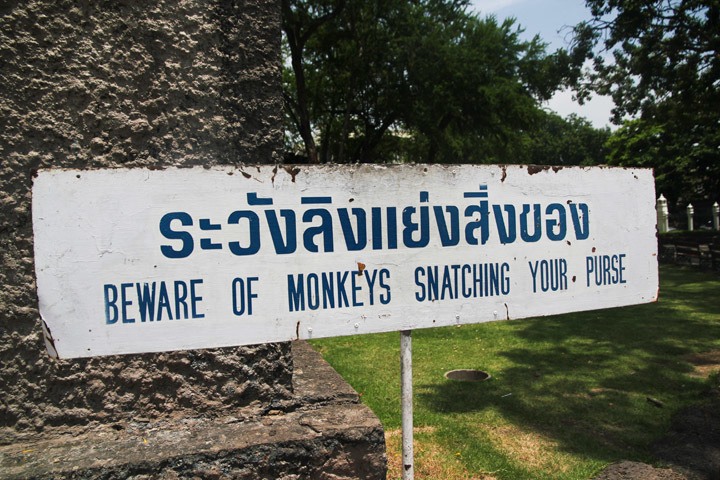 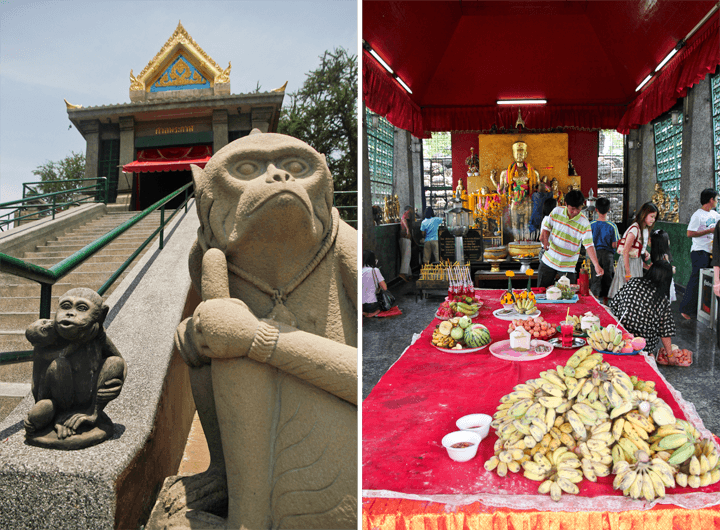 It was at San Phra Kan that I realized the ultimate heartbreak of solo travel: No one to photograph you in cardboard cutout photo stops. 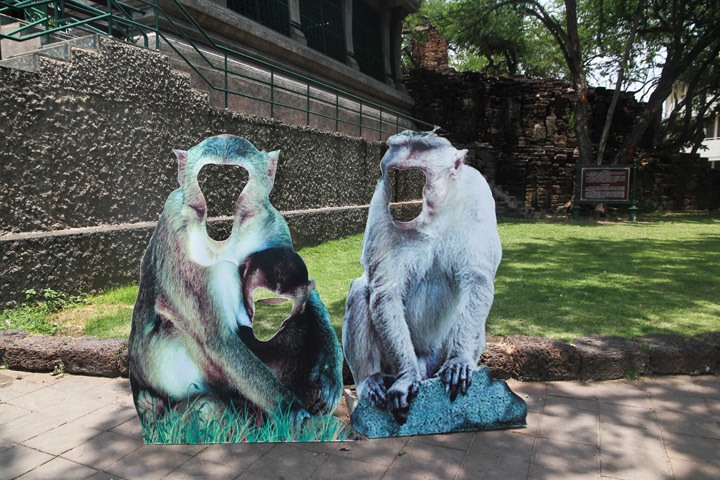 Also nearby is Wat Nakhon Kosa, pictured below left. This ruin is very small but is free and about a five minute walk from San Phra Kan, so worth a stop. Not recommended is Wat Phra Si Ratana Mahathat, which has a 50 baht admission fee and was so unspectacular I didn’t release the shutter on my camera even once. 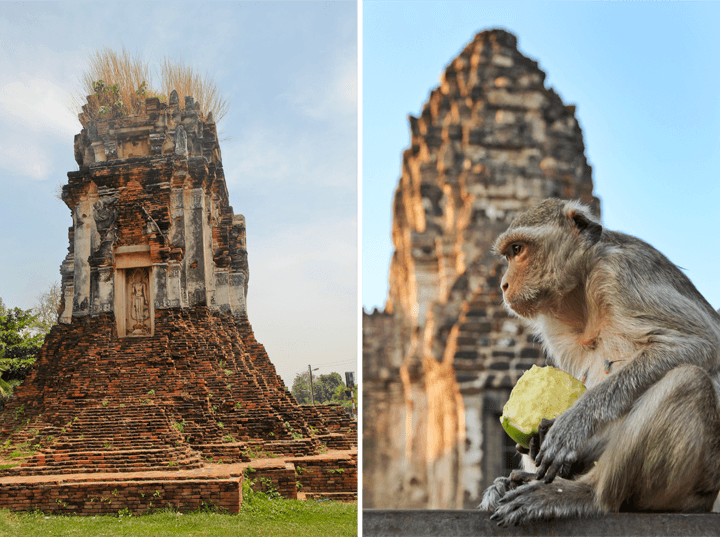 The formal Royal Palace (admission 150 baht) was a welcome shady respite from my day of wat-hopping. Even without The Lopburi Museum housed inside the palace, this would be a noteworthy stop simply for the stunning grounds and landscaping. 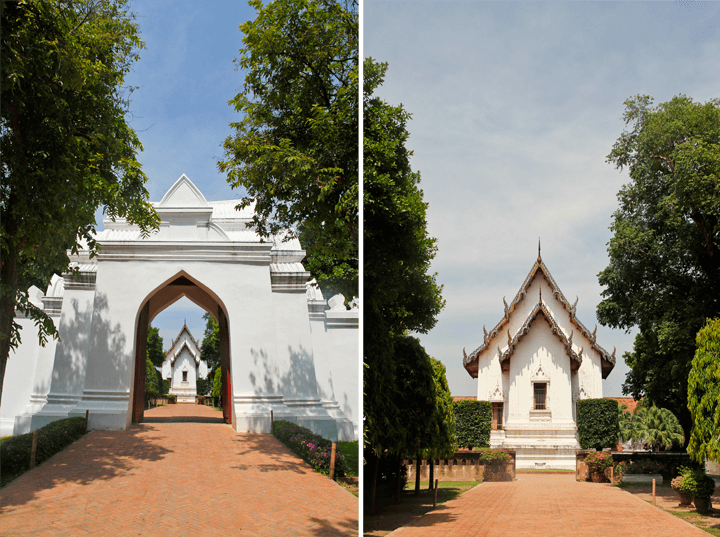 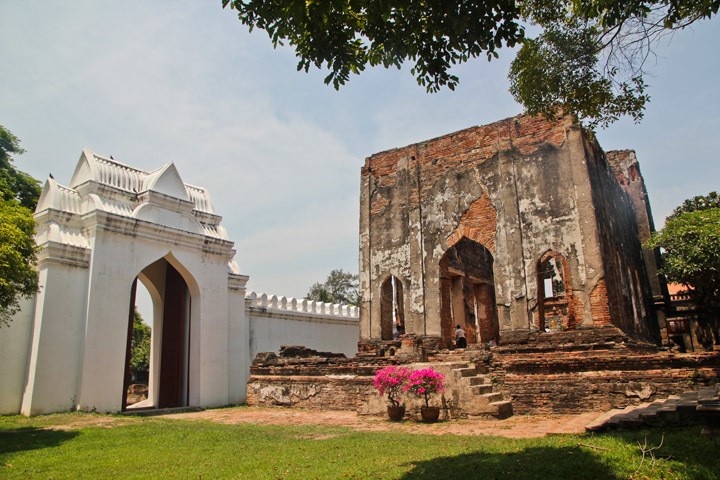 I don’t know about you, but I am always a sucker for life-size baby elephant topiaries.

Inside, I found a museum that was both blessedly fan-cooled and also filled with fascinating trivia. For example, the painting below left depicts the presentation of a letter from Louis XIV to King Phra Narai in 1685. The Siamese court had bent many strict traditions in order to accommodate the French diplomat in charge of delivering the letter, such as allowing the ambassador to wear shoes and sit in a chair rather than on the floor. Still, the ambassador wanted more; specifically, he wanted to deliver the letter directly to the King’s hand, as is western practice, and refused to raise a tray to present the letter at proper height. Instead he forced the King to lean out of his throne and reach down to get the letter, to the great disrespect of the King and to the great embarrassment of his fellow ambassadors. Those who have visited Thailand know there is no aspect of Thai culture more important than the reverence for the King, who they consider semi-divine. 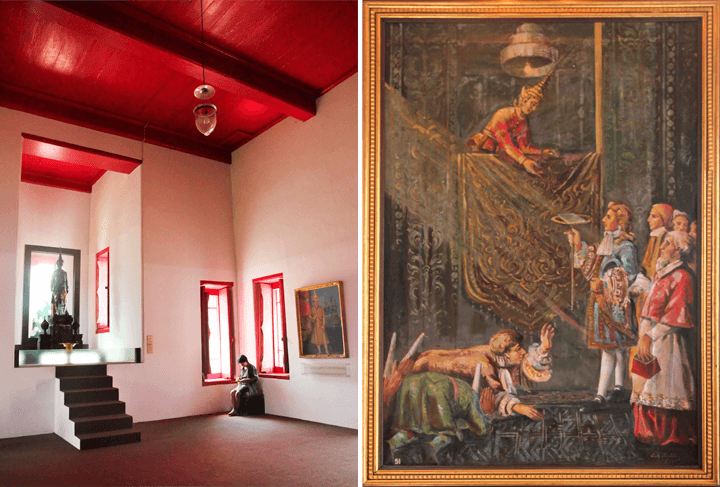 I was extremely impressed by the modern, multi-media displays at what I expected to be a simple provincial museum. While it is very hard to compete with hordes of adorable monkeys crawling around with the backdrop of a beautiful wat, this museum is absolutely worth a stop. 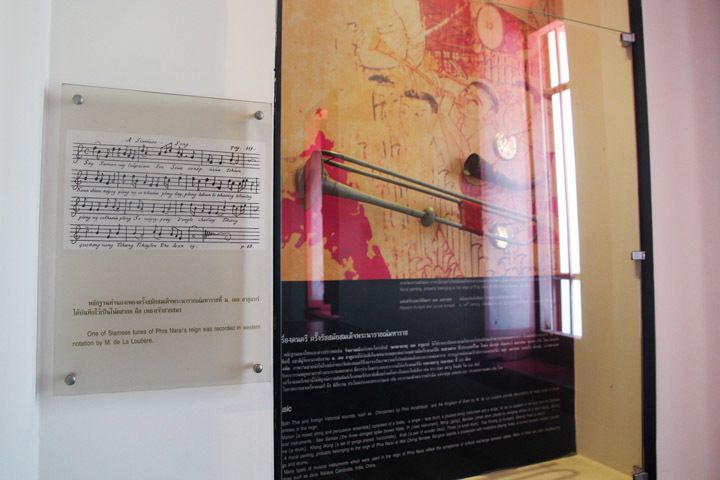 After exploring the top sights of Lopburi all before afternoon, I was ready to explore the outskirts of Lopburi on an evening tour that showcased some of the town’s other famous animal creatures: bats!

Splashing Out at The Outrigger Koh Samui

A Taste of Thailand in Trang