This week, Koh Tao celebrated Loy Kratong. And while I may currently be on the other side of the world, I touch back down in Thailand in just two weeks — which makes this the perfect time to share this memory from last year!

It’s likely that, whether or not you knew what it was or where it was from, you’ve seen a photo of Thailand’s infamous annual lantern releases. (You’d only have to casually browse the travel section of a book store, where images from Yi Peng have graced the cover of not one but two editions of Lonely Planet Thailand!) 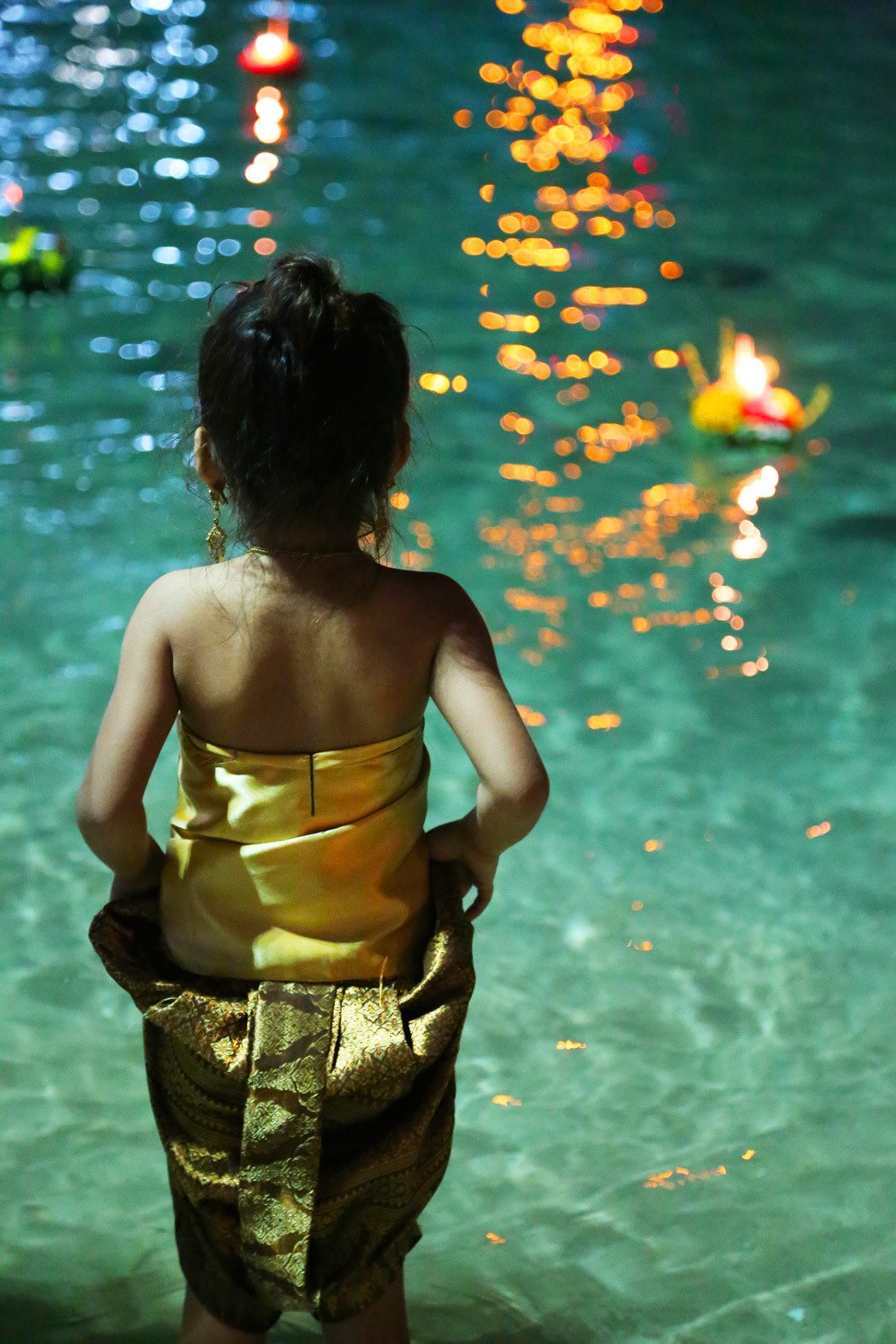 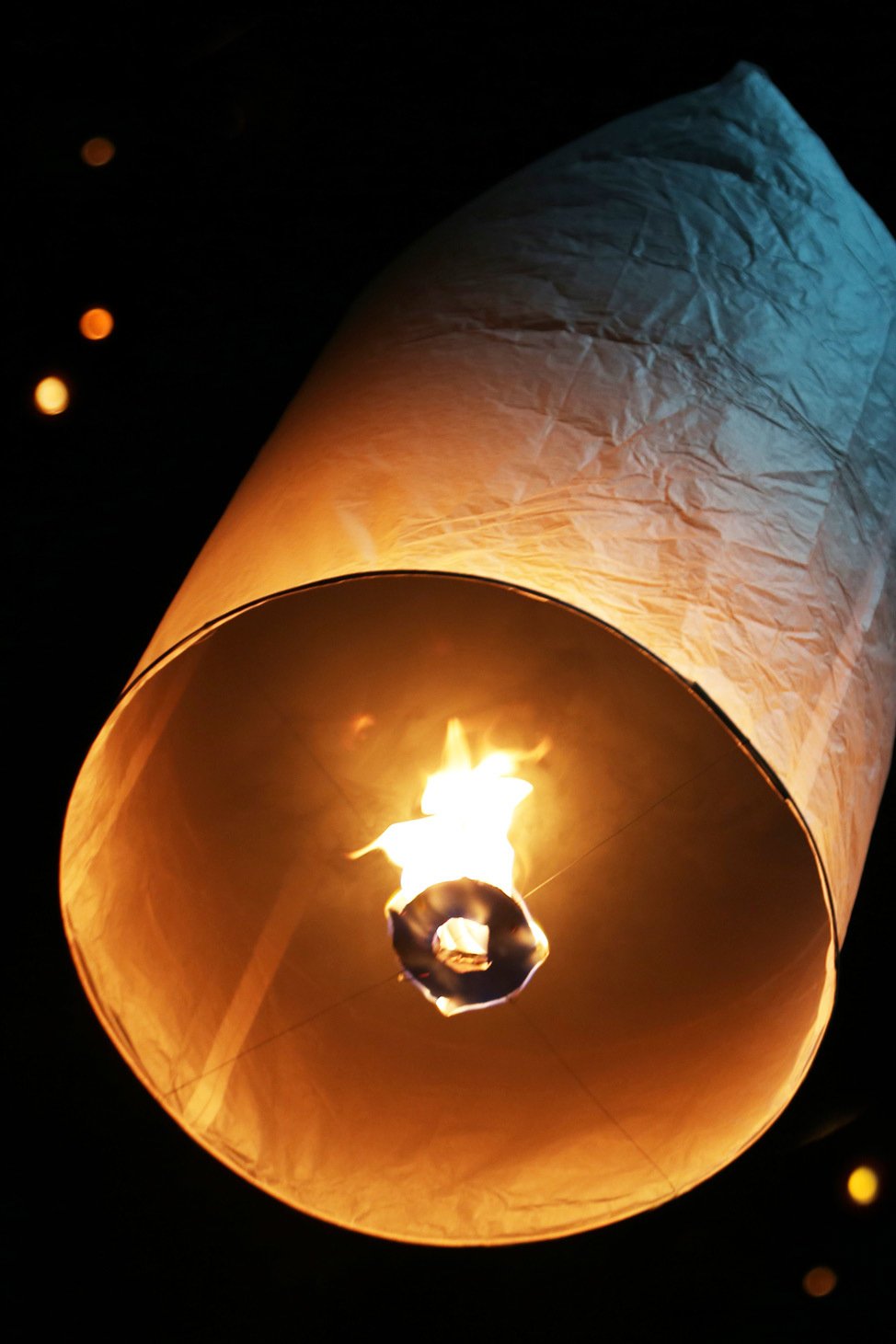 Perhaps you’ve even heard the terms Yi Peng or Loy Kratong. Technically, Loy Kratong and Yi Peng are two separate holidays, though they typically are celebrated over similar dates and are thus are often used interchangeably by Western visitors. While the dates change annually based on the lunar calendar, they often fall in November. Yi Peng is primarily celebrated in the former Lanna Kingdom of Northern Thailand, while Loy Kratong is celebrated throughout the country.

I’ve been lucky to spend two Loy Kratongs on Koh Tao, and one Yi Peng in Chiang Mai, and they are among my favorite days of the year in Thailand. Yet to be honest I was always a little confused about the differences between the two holidays — here’s hoping this post can clear that up for one of my fellow clueless farang! 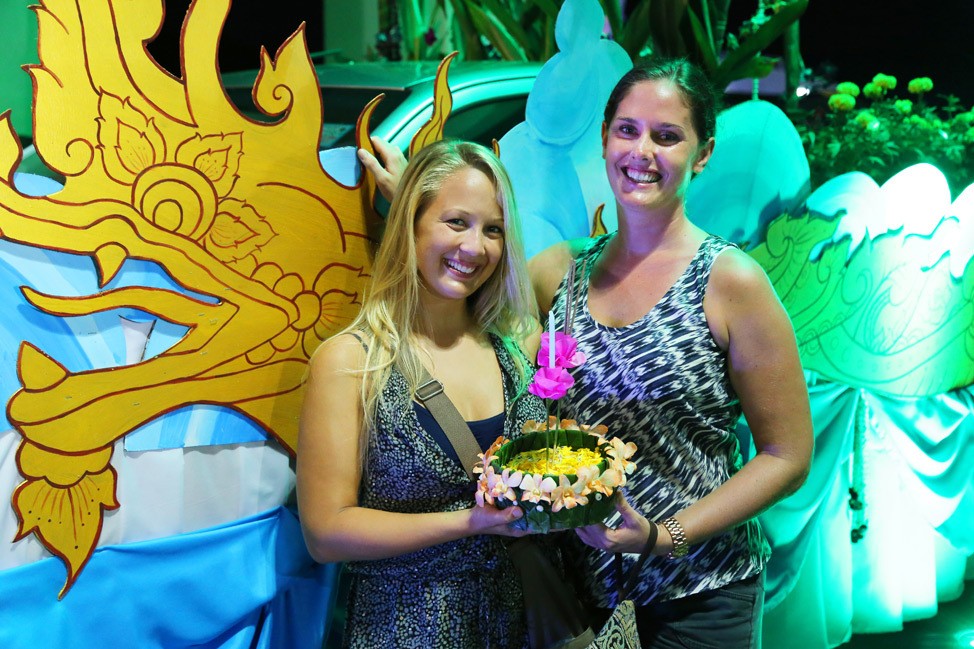 Both festivals trace their roots back to Brahmanic festivals in India, but were later adopted by Buddhists to honor both Prince Siddhartha Gautama, the Buddha, and in the case of Loy Kratong, Phra Mae Khongkha, the Hindu water goddess. Yi Peng is closely related to the Indian festival of Diwali, originally celebrated as a ceremony of gratitude to the River Ganges.

Chiang Mai (home of the famous Mae Joe release, which to my understanding is no longer happening), Sukhothai (where the festival allegedly originated) and Bangkok (always a party!) are all popular places for celebrating Loy Kratong. Koh Tao? Not so much. Consider this a guide if you happen to find yourself there.

On Koh Tao, the day kicks off with a parade that starts at the government buildings in Mae Haad and works North towards Sairee. I must admit I have only caught this casual parade in passing, but will make it a point to get a closer look next time I’m celebrating on the island. 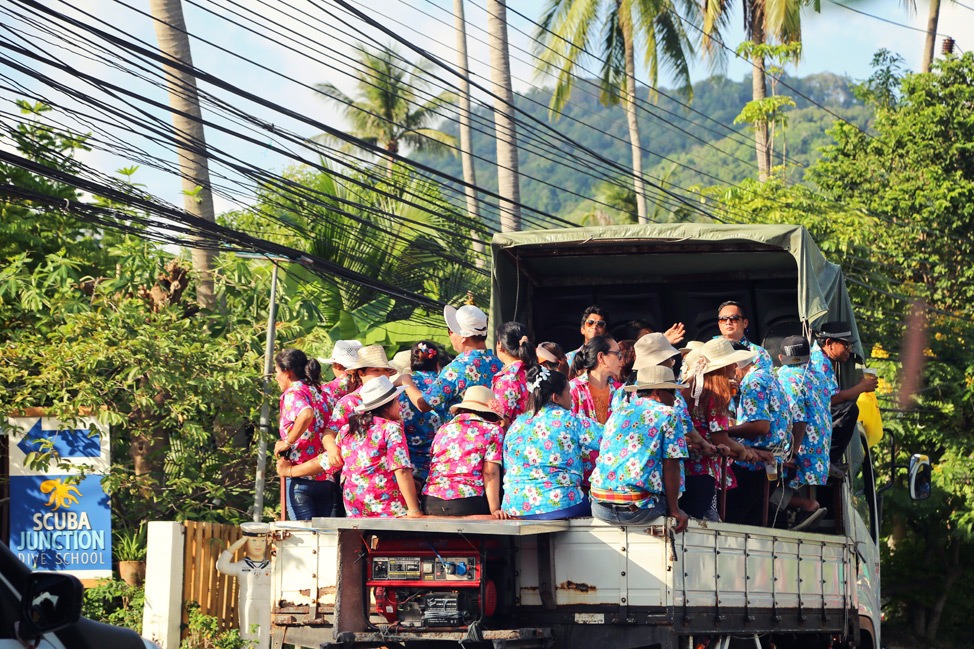 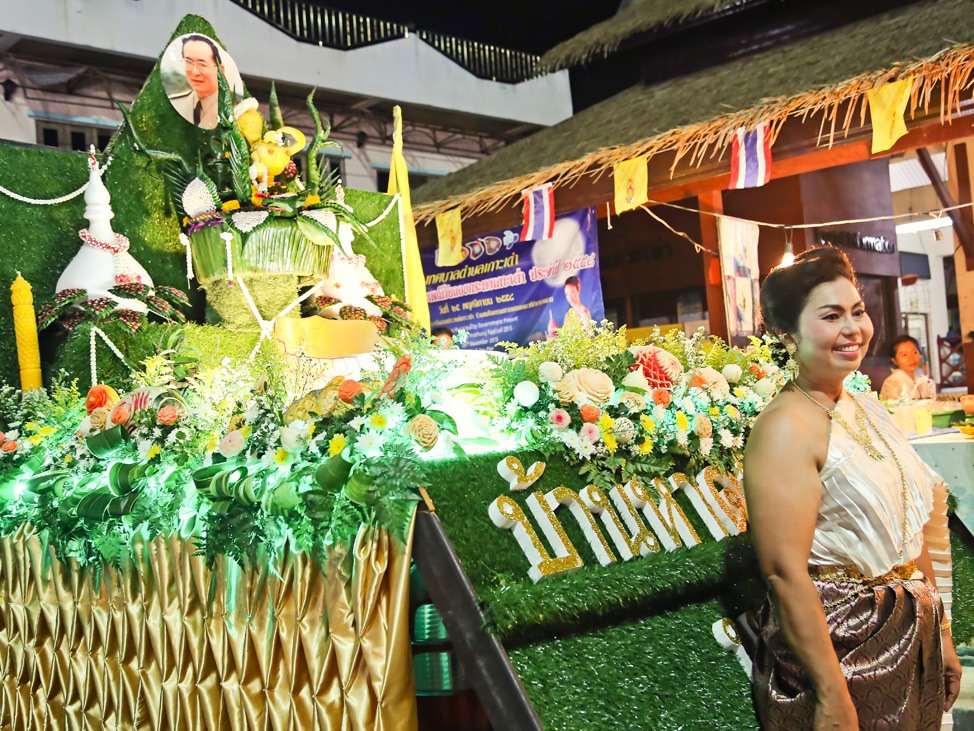 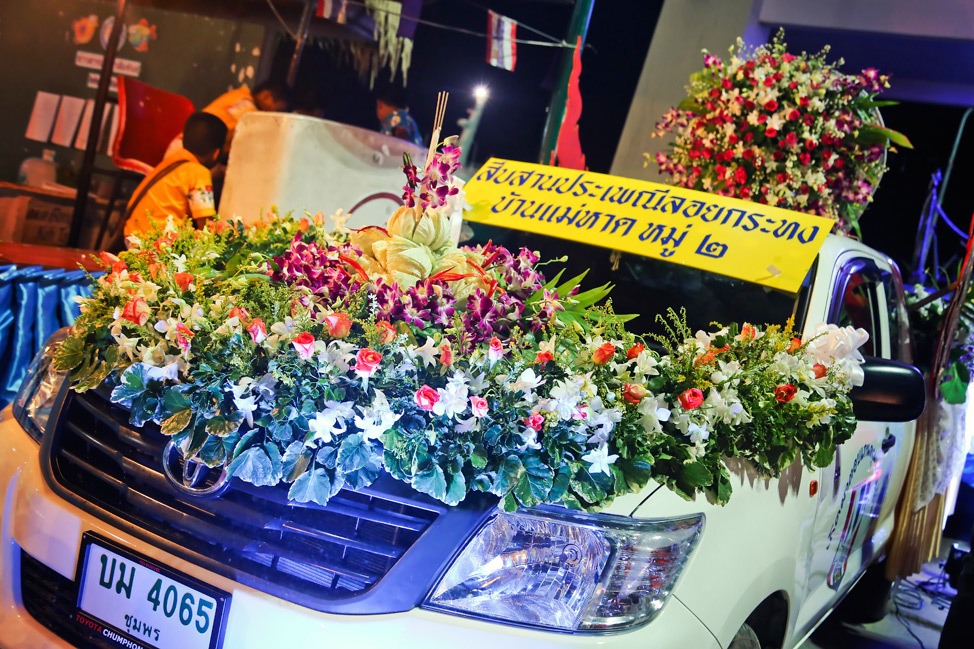 That evening, things really kick off. At the Seatran pier area in Mae Haad, a large stage holds traditional dances, a beauty contest, and other festivities, and last year I went down to enjoy them with a big group of friends. One highlight of our night was when Ian spotted his elderly landlord killing it in a dance routine onstage. Another was when I spotted the oversize float I’d watched being proudly constructed at my favorite roadside food stand earlier in the week. Koh Tao is a beautiful little community when it comes together. 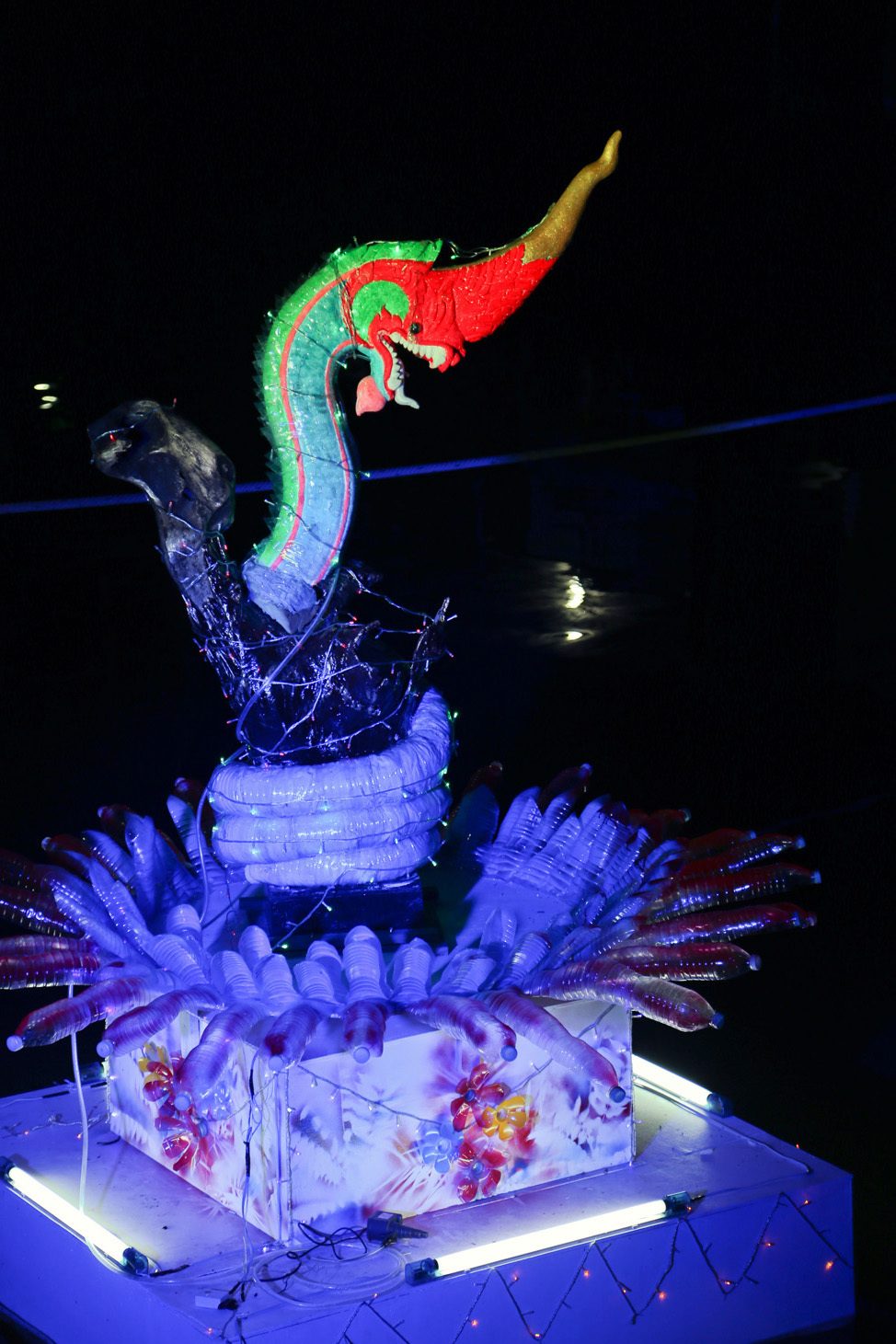 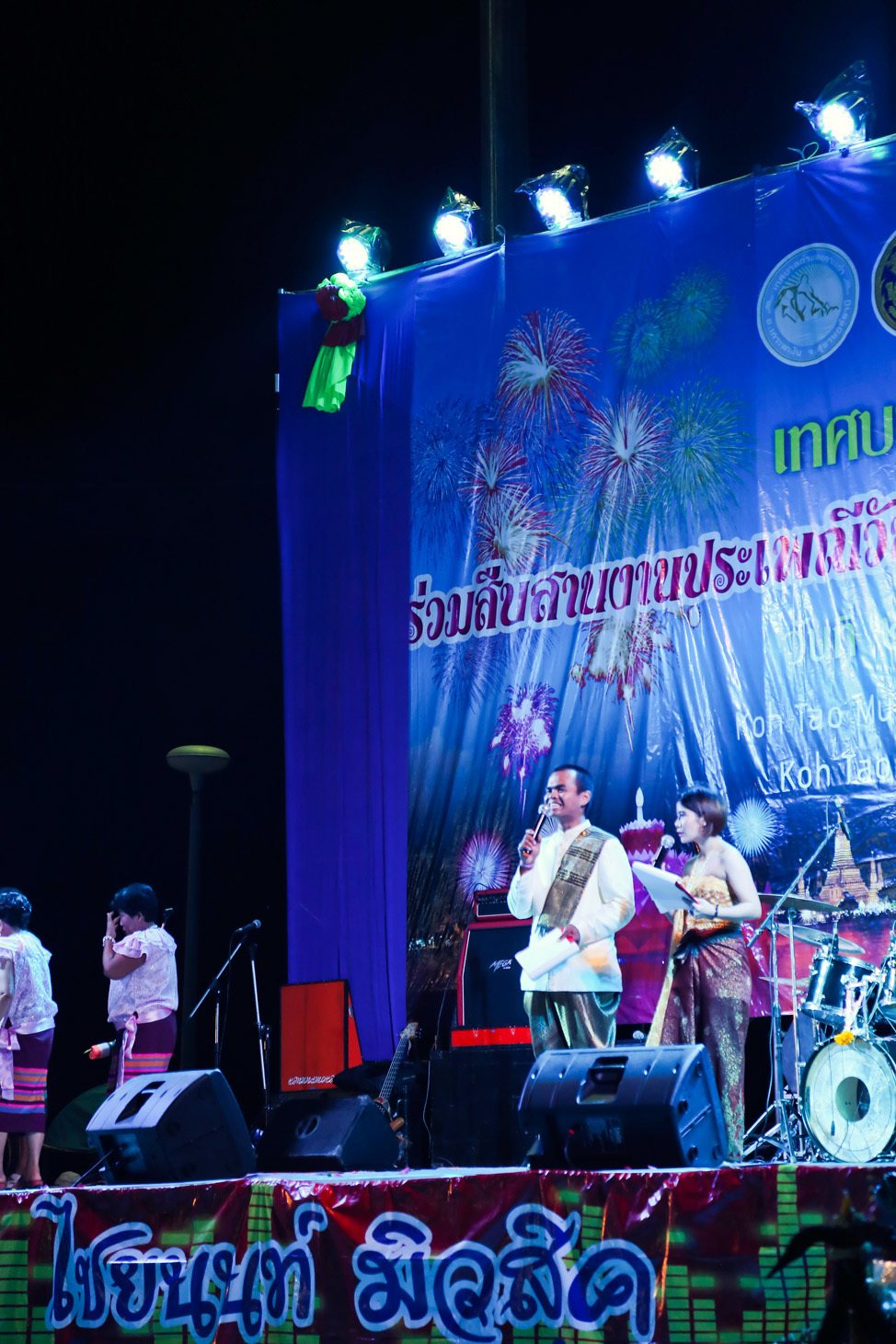 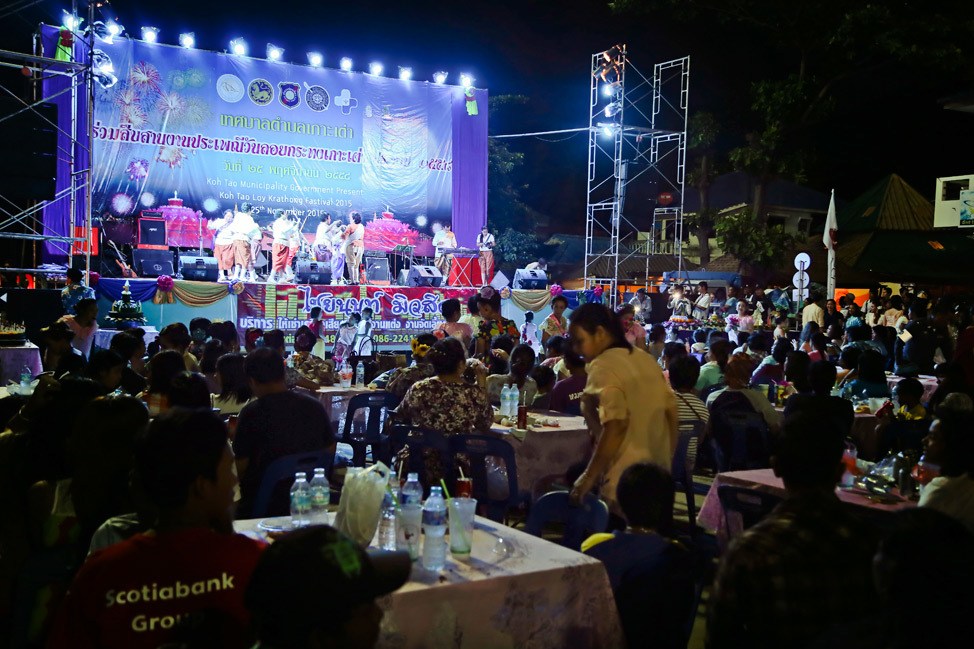 Loy Kratong is certainly a more casual and community-based affair on Koh Tao than the religiously rooted Yi Peng I witnessed in Chiang Mai. While we dressed extremely conservatively for the Chiang Mai version, in Koh Tao there was a wide-range of acceptability — I did choose to wear long pants though. And while alcohol was forbidden at the event I attended in Chiang Mai, the vibe in Koh Tao was much more merry-making and drinking was welcomed and encouraged by locals.

And come hungry! There’s an abundance of yummy Thai street food on offer, far beyond what you’d find on a typical night on the island. 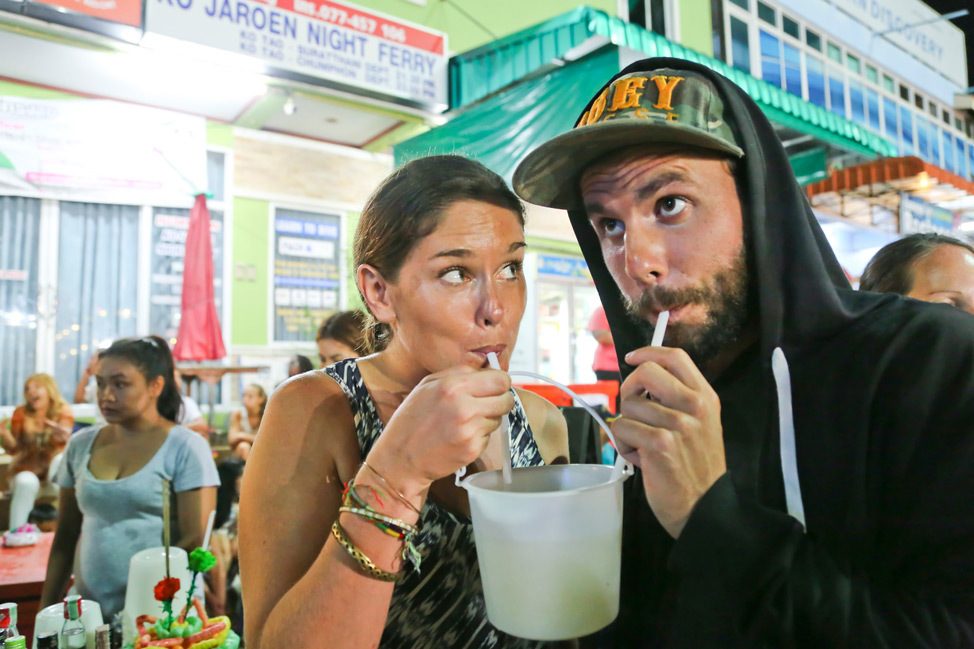 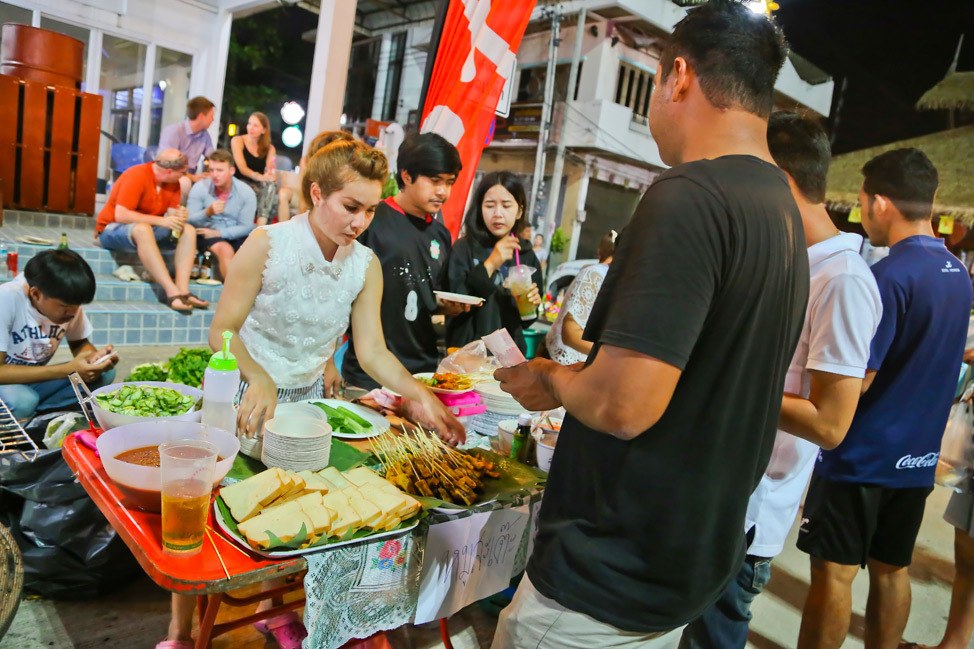 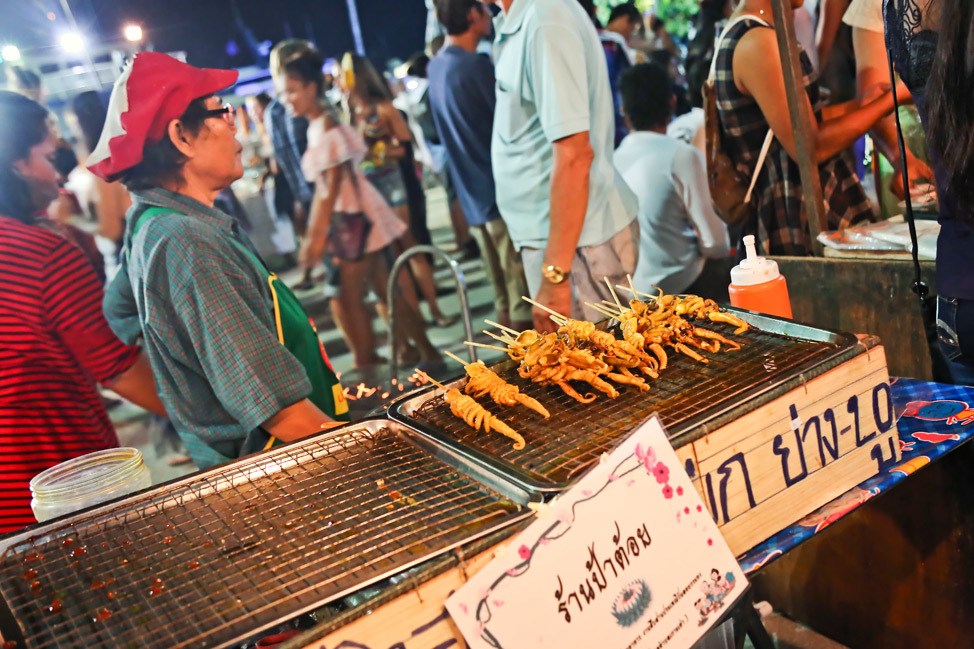 At the beach steps away from the pier to the north, Koh Tao’s own little lantern release takes place.

The symbolism behind the release of either type of lantern is beautiful. In addition to paying respect to Buddha, these acts allow time to reflect and symbolically release personal demons, hardships, and negativity.

The term loi means “to float” while “kratong” means a lotus shaped vessel. Alongside the flowers, candles, coins and incense sticks, many Thais will cut their fingernails and hair to put in their kratongs as a symbol of letting go, and will also consider it extremely bad luck for the lantern to float back to them. Sky lanterns, or khom loi, are considered especially lucky if they disappear from view before the fire goes out.

Both are acts of spiritual cleansing and new beginnings. They are also, on a superficial level, stunning. 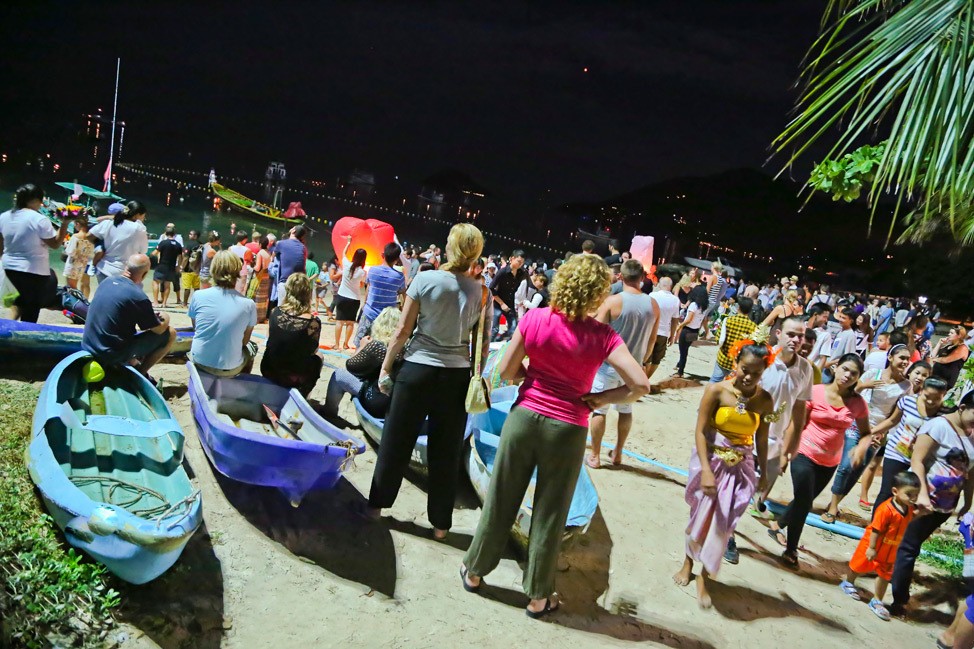 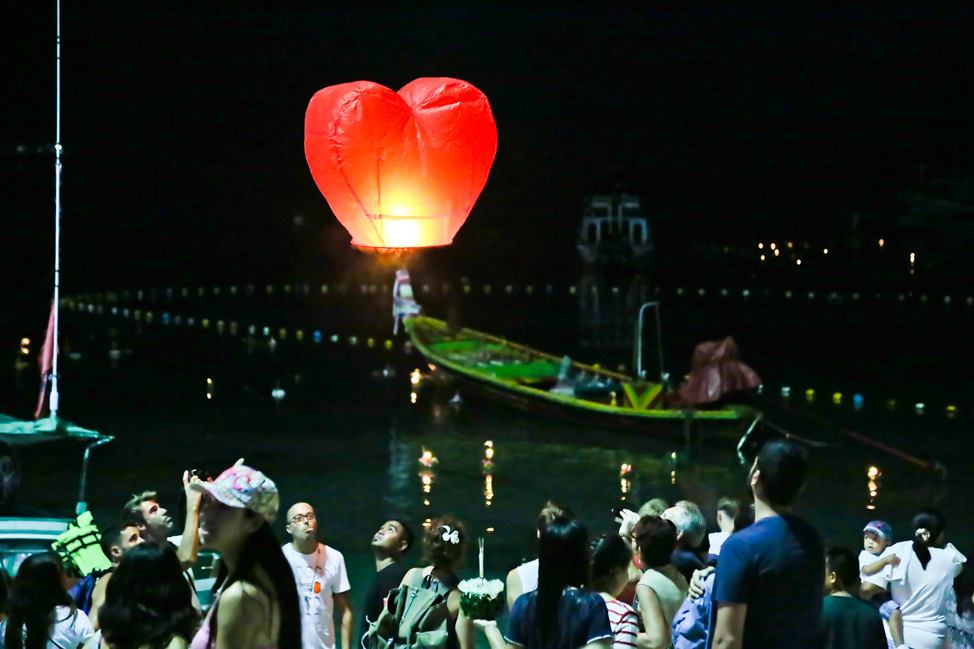 I’ve always found the specific date by keeping an eye on local expat groups in Koh Tao and Chiang Mai, but often these groups are closed to tourists. Ask at your local guesthouse or dive shop, or check the website Thaizer, which is a great resource on Thai holidays and events. 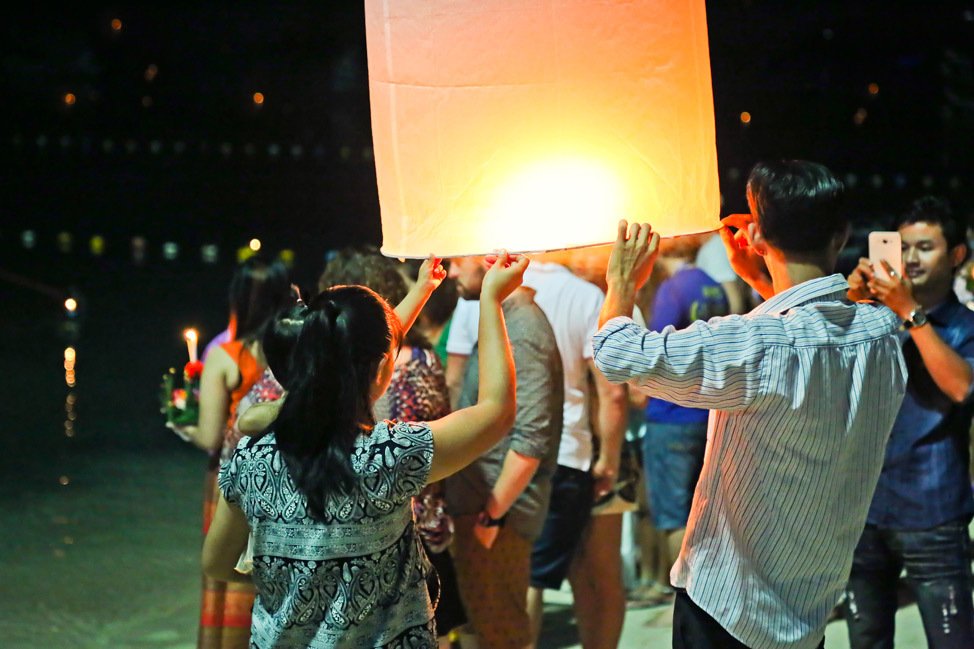 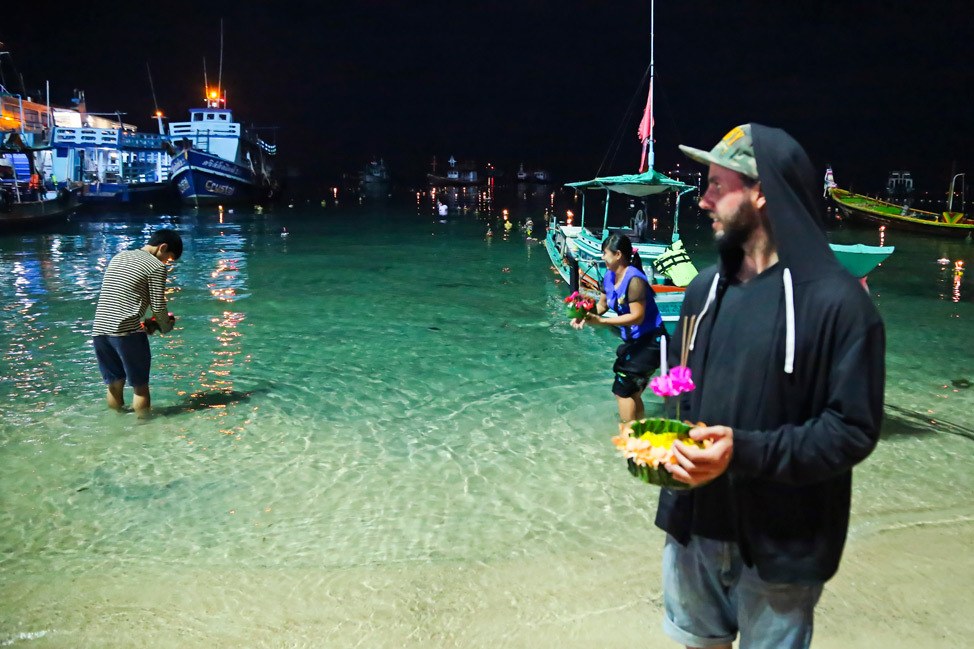 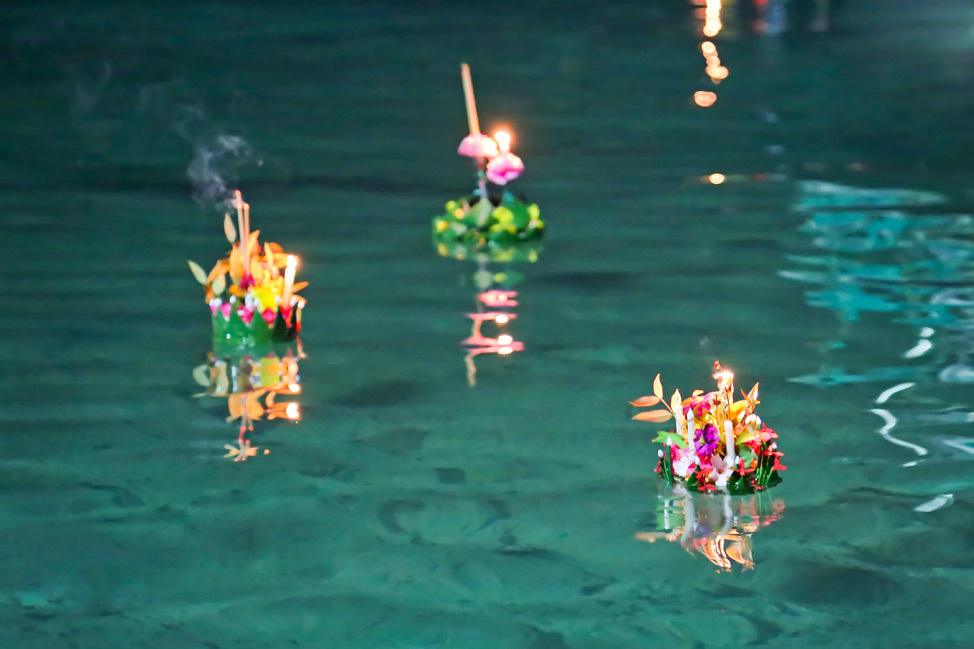 I anticipate I will receive some questions on the sustainability of this event. What goes up must come down and that means that the sky lanterns eventually return to earth and the kratongs eventually sink into to the ocean. My advice is to look for khom loi made of biodegradable rice paper and bamboo and kratongs that are made of natural materials like bread and plants as opposed to plastic or styrofoam. Better yet, make a kratong yourself so you can be confident that every component is eco-friendly! Also consider sharing one kratong and one khom loi among multiple people.

There are some people that won’t be satisfied with even those efforts, and they are entitled to that opinion. But I draw on the response I give to cries of waste at Burning Man: sustainability has to be sustainable, and I don’t believe its feasible to ask a country to give up their natural human instinct to gather, to honor tradition and to their celebrate culture. If you are bothered by the waste produced at Yi Peng or Loy Kratong, I invite you to join one of the island’s regular underwater clean up dives or beach walks for trash, or to volunteer at one of the island’s eco-focused charities. 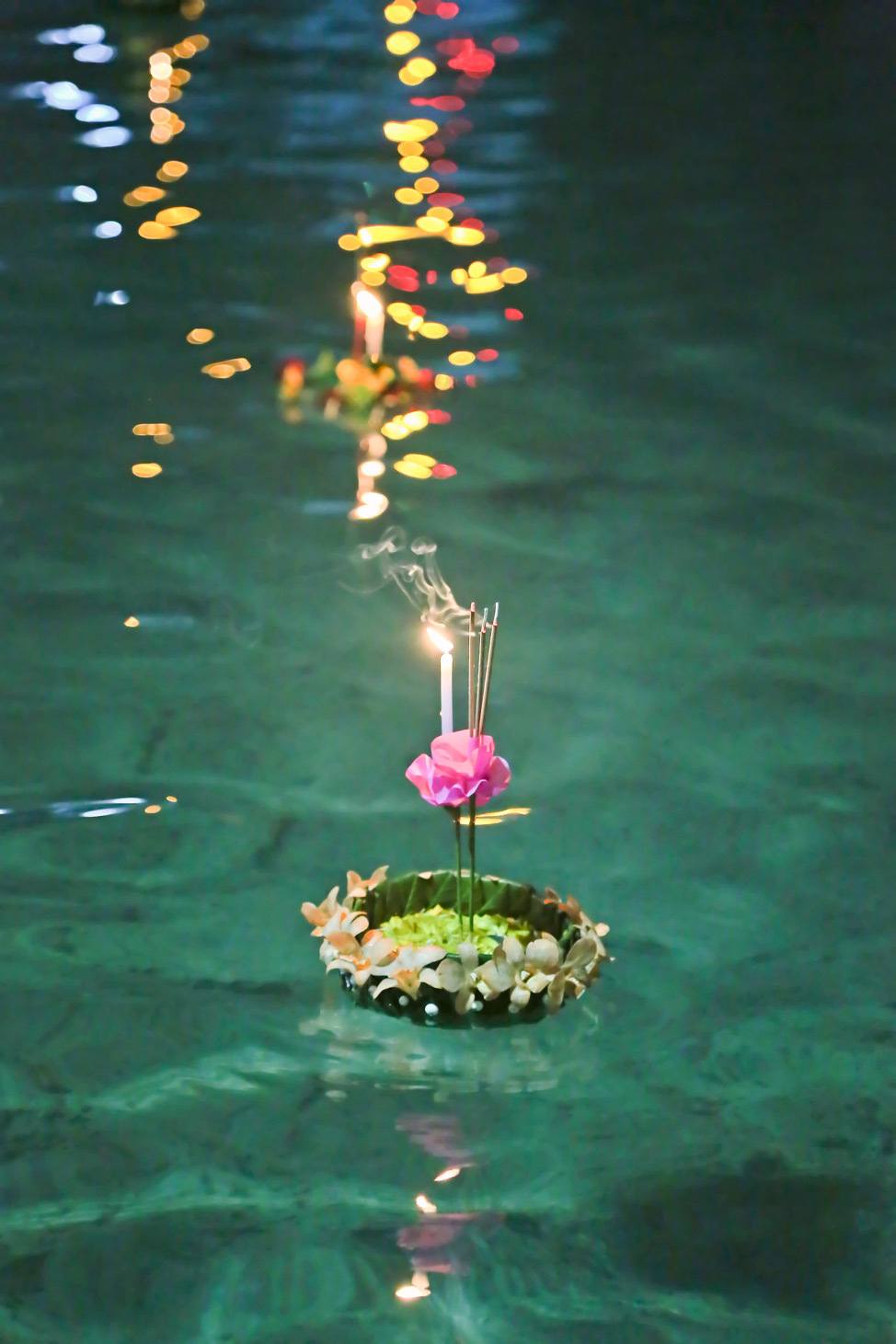 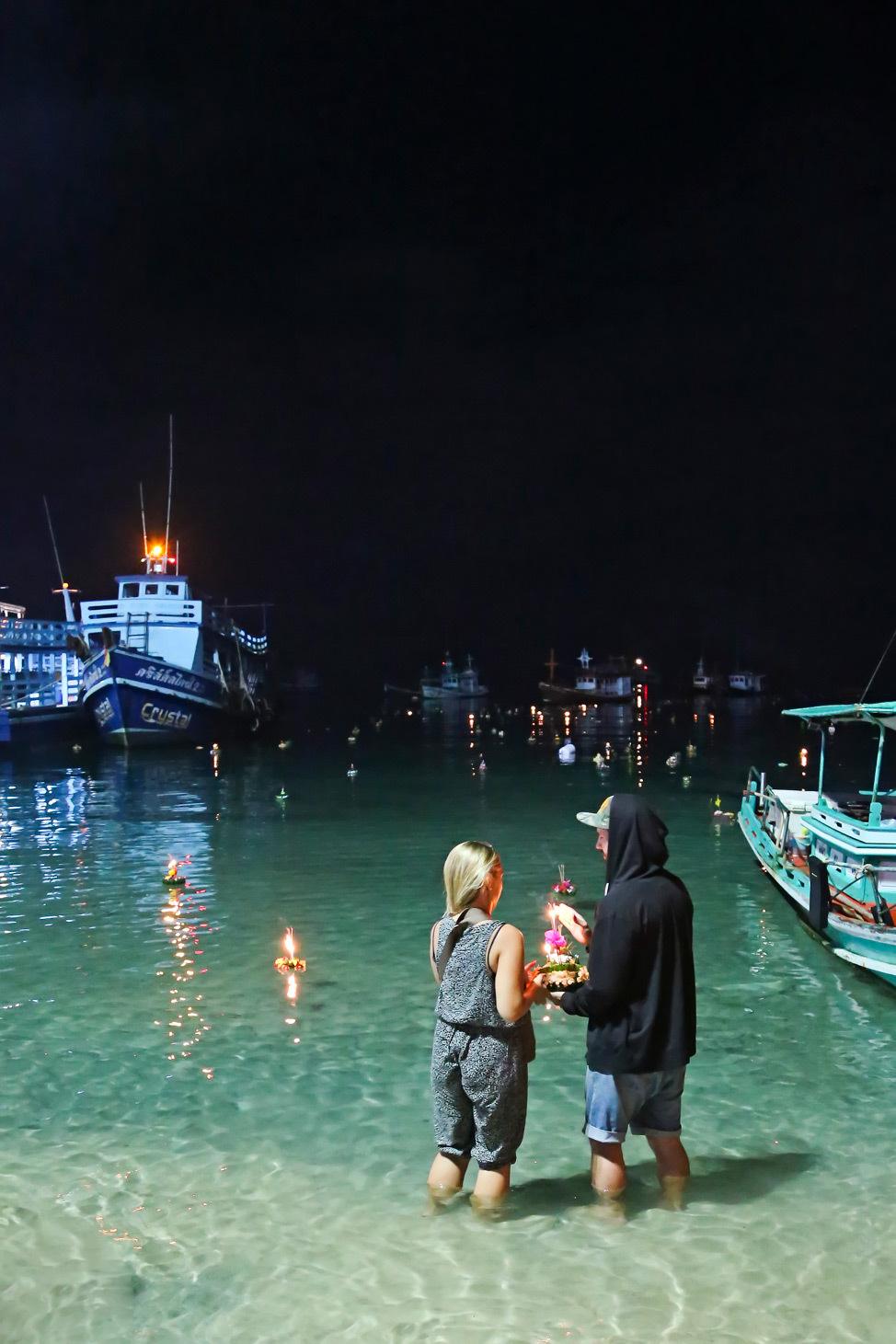 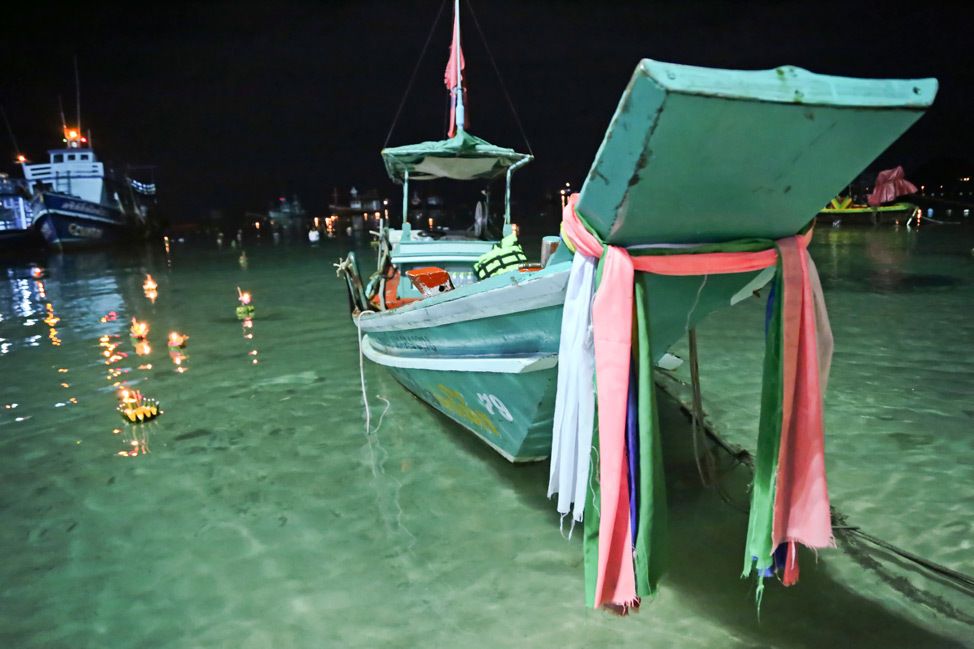 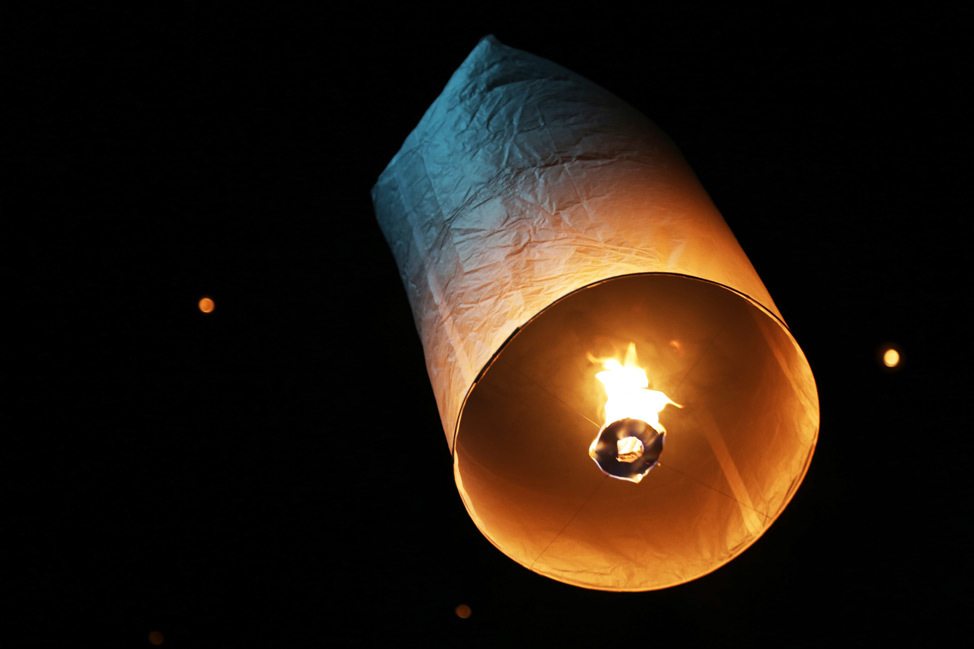 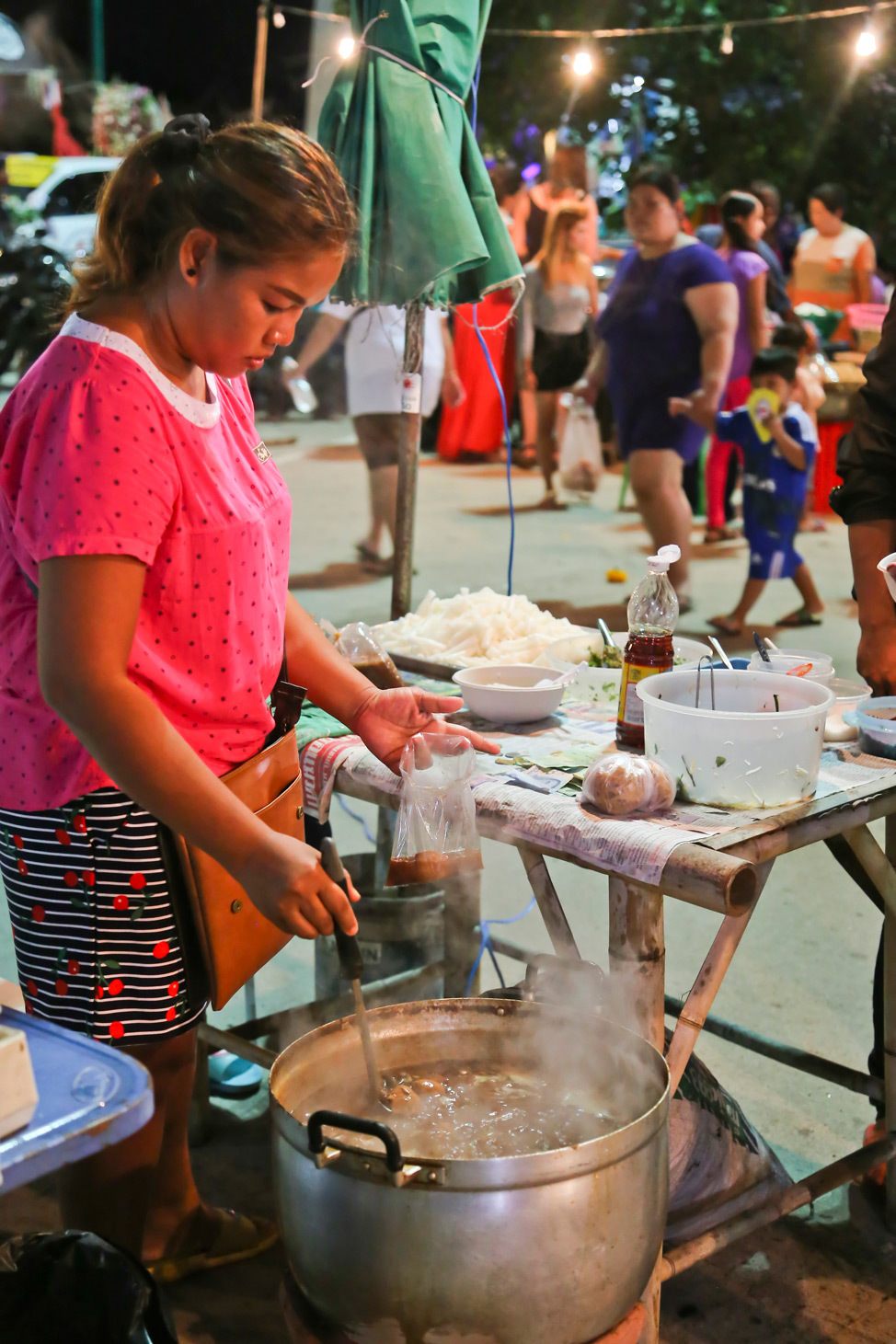 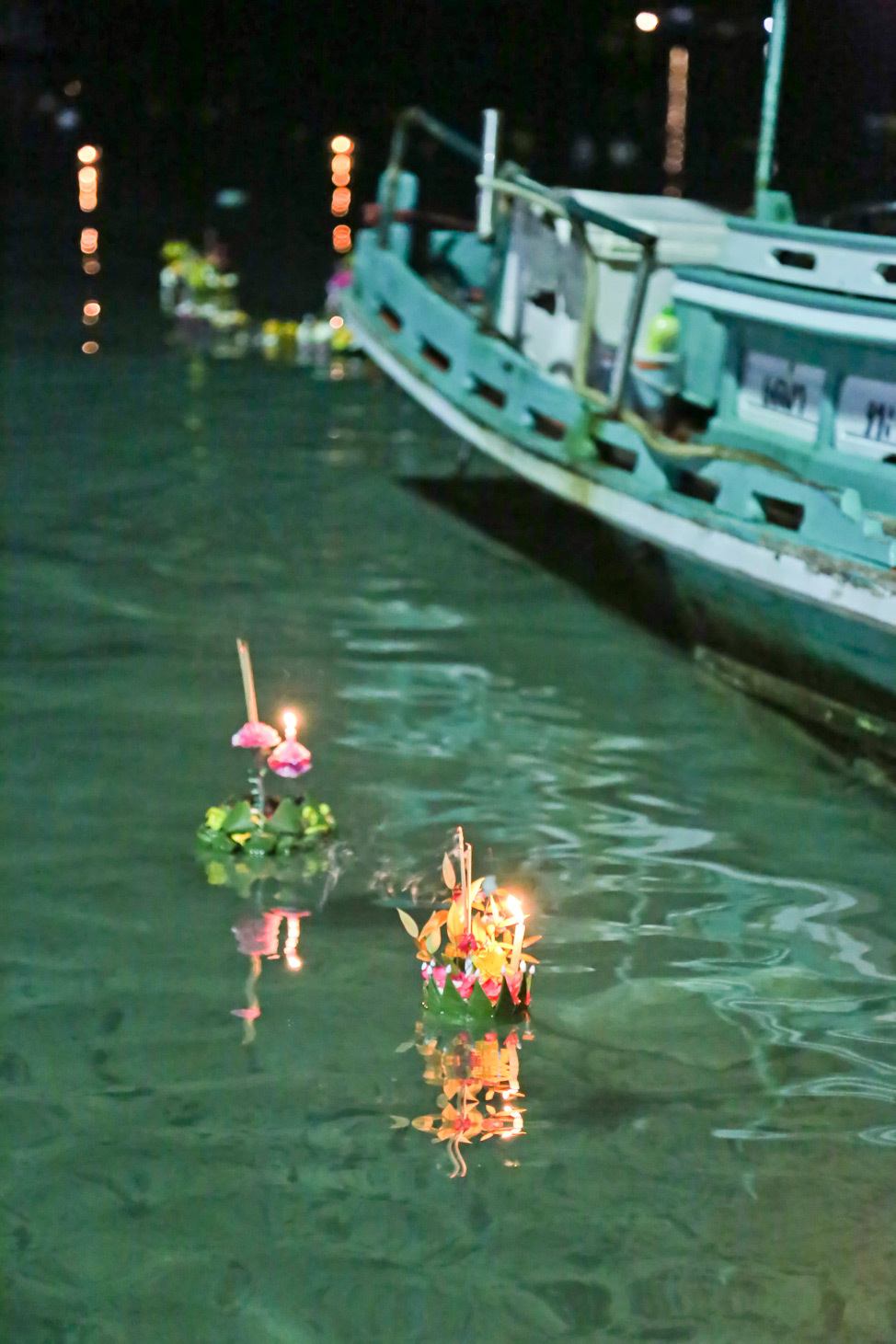 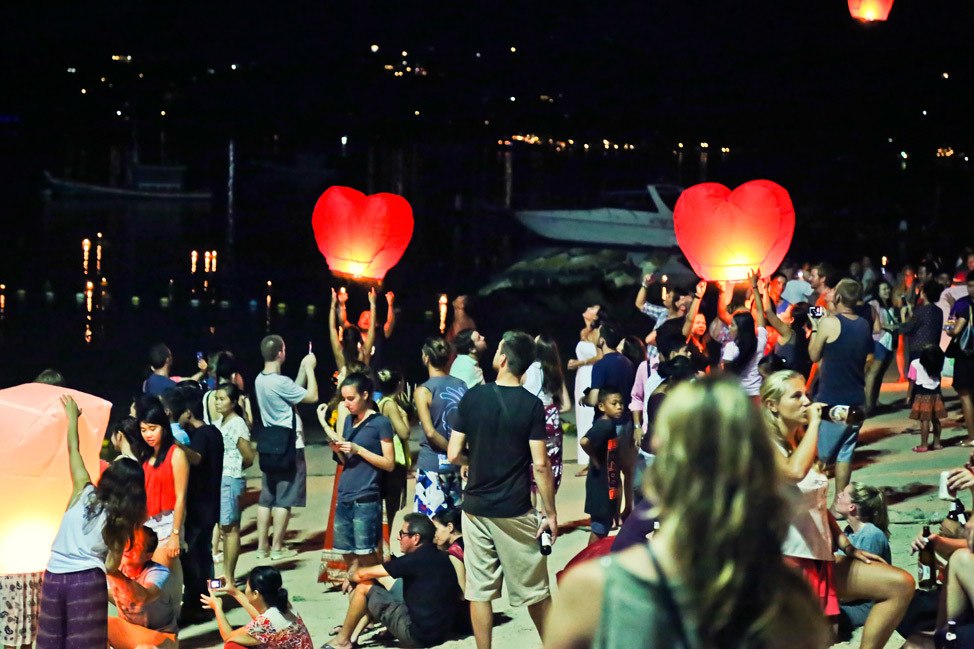 No, Koh Tao will never be on a list of the most popular destination to celebrate Yi Peng or Loy Kratong. But if you want to get away from the crowds and see a small and joyful celebration alongside locals, expatriates and tourists from around Thailand and the world, Koh Tao would be happy to have you.

While I’ve done extensive research and spend significant time in Thailand, I will always be but a guest in the country, and thus an imperfect messenger of its traditions and religion. Any mistakes in interpretation are my own and I’d welcome corrections of any inaccuracies!

A Wild Weekend on Koh Phangan

The Top Ten Differences Between Burning Man and Midburn

Howl’oween Is For The Dogs Wine Not? Kicking off A Thailand Wine Weekend at GranMonte Vineyard
36 Comments...